5 Things to Do in Mexico City

After our trip to the amazing pyramids in Teotihuacan, we parked the truck at the RV park and hopped on a bus bound for Mexico City. The bus ride was about 45 minutes into town, and from there the metro took us to the Centro Historico of one of the largest cities in the world.

We had heard stories about the traffic in Mexico City and how busy it was.  There have been restrictions placed on who can drive at what times of the week in Mexico City (see: Hoy No Circular), so we decided that the bus was going to our best bet to enter the city.  The metro is very well organized and not expensive and we used it every day to discover the different neighborhoods surrounding the downtown core.

Prior to our departure, Ash had been very insistent that she wanted to bring bikes on the trip.  Due to our lack of space, lack of bike rack, and the fact that the bikes would involve further security, we decided to leave ours at home (actually, they were part of the many things we sold so we could fund the trip).  From the minute we left on our trip we searched for reasonably priced bike rentals with no luck.  Ash was very excited to find out that on Sundays the multiple-laned Reforma street in Mexico City was shut down to traffic and opened up to to walkers, joggers, and bikers.  Perfect. It was happening.  We would finally get our chance to ride bikes.  We made sure to leave early and get into town before 2 p.m., the time when the road opened back up to traffic. We checked into our hostel and set off to find our bikes and hit the road for an epic ride around town.  Then we walked around Mexico City for 2 hours looking for bikes.  As the clock approached 1:00 p.m. there were no bikes to be found and Ash’s face had become dark and sullen with disappointment, while hundreds of people biked by us with magical smiles, laughter, rainbows, and the cool breeze flowing through their hair as they pedalled by us.  Ash muttered something about Freddy Mercury and hummed Queen while our quest to find bikes to ride continued…

5 Things to Do in Mexico City:

1. Hop on the metro and visit the Coyoacan neighbourhood.  Frida Kahlo’s house is open to the public here and is worth a visit to check out the various rooms in which she lived, her artwork, books, and outside garden area.  This neighbourhood is quite popular with the local Mexican tourists, and you can find some delicious coffee and tostadas at the nearby coffee shop (El Jarocho) and indoor market.

2. Check out Diego Rivera’s murals.  We went to the secretariat of public education and wandered over three floor’s worth of huge murals painted on the walls.  You can also visit the Palacio Nacional de Mexico if you would like to see more of Rivera’s murals.

3. Wander around the Zocalo, or the Centro Historico.  There are some pretty impressive buildings here, including the massive Cathedral.  There are crafts laid out for sale surrounding the church, and if lucky you may pass by a group of indiginous dancers with huge feathered headdresses dancing to the beat of a drum.

4. We were going to see the Anthropology Museum, but it was closed, so we wandered around the Bosque de Chapultepec (central park) instead.  It is a great place for a picnic and to get away from the traffic and the hustle and bustle of Mexico City.  You can take the metro there, and on the way out there is a group of food stalls frequented by the corporate professionals during their lunch break.  We enjoyed the blue tortillas prepared in a variety of ways.

5. Ride a bike on the Reforma Street on Sunday.  If you get out early enough in the day and can find one.  We heard that some hotels offer rentals to their guests.

We stayed at the Mexico City Hostel while we were in town, for $13 each in an 8 bedroom dorm room.  This included a free mediocre breakfast each morning.  Overall we enjoyed our stay at the hostel, with the exception of the smoke drifting into the rooms from the indoor smoking section in the lobby…

Cafe El Jarocho puts out huge volumes of espressos, americanos, and lattes at a great price.  The coffee here was fantastic. 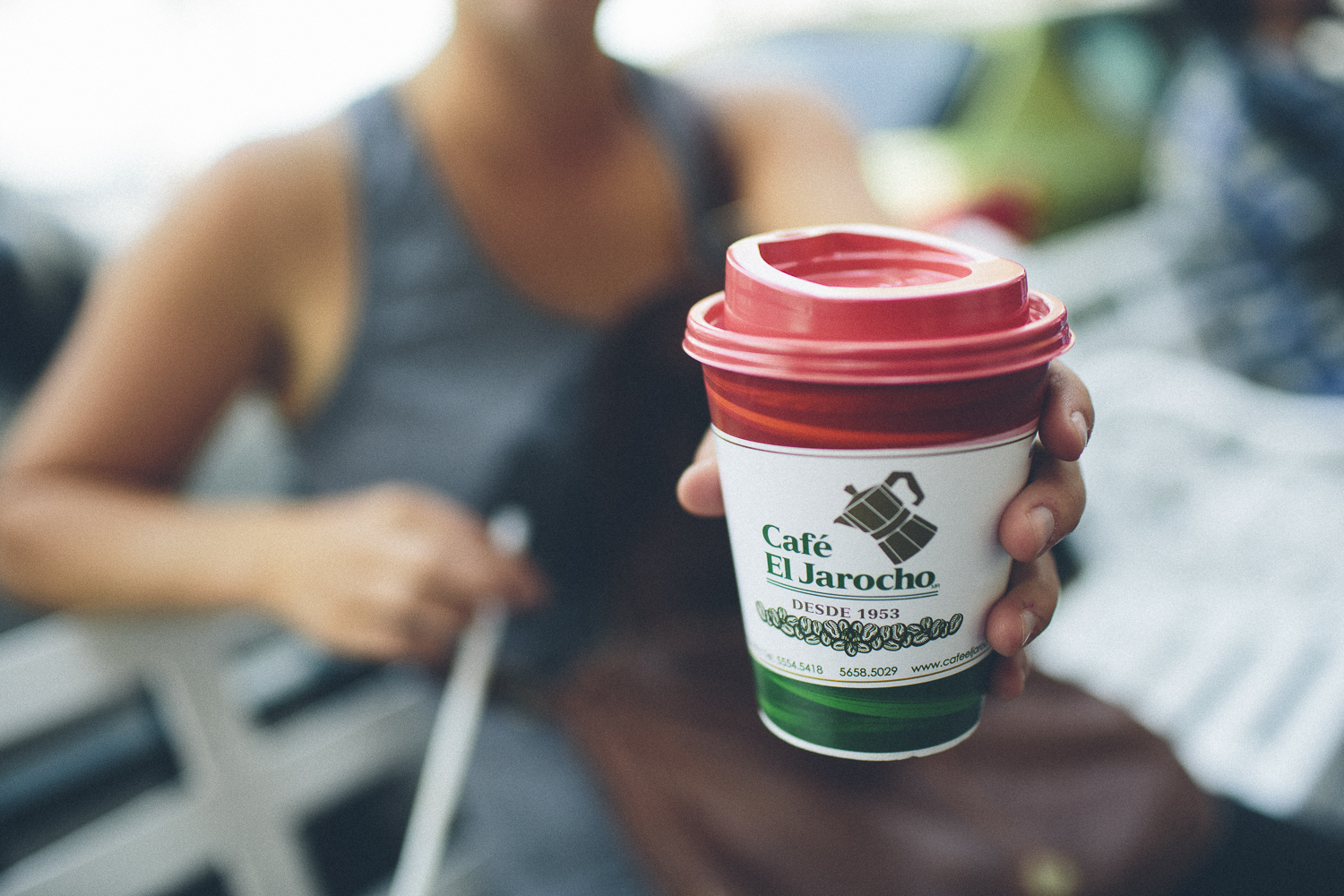 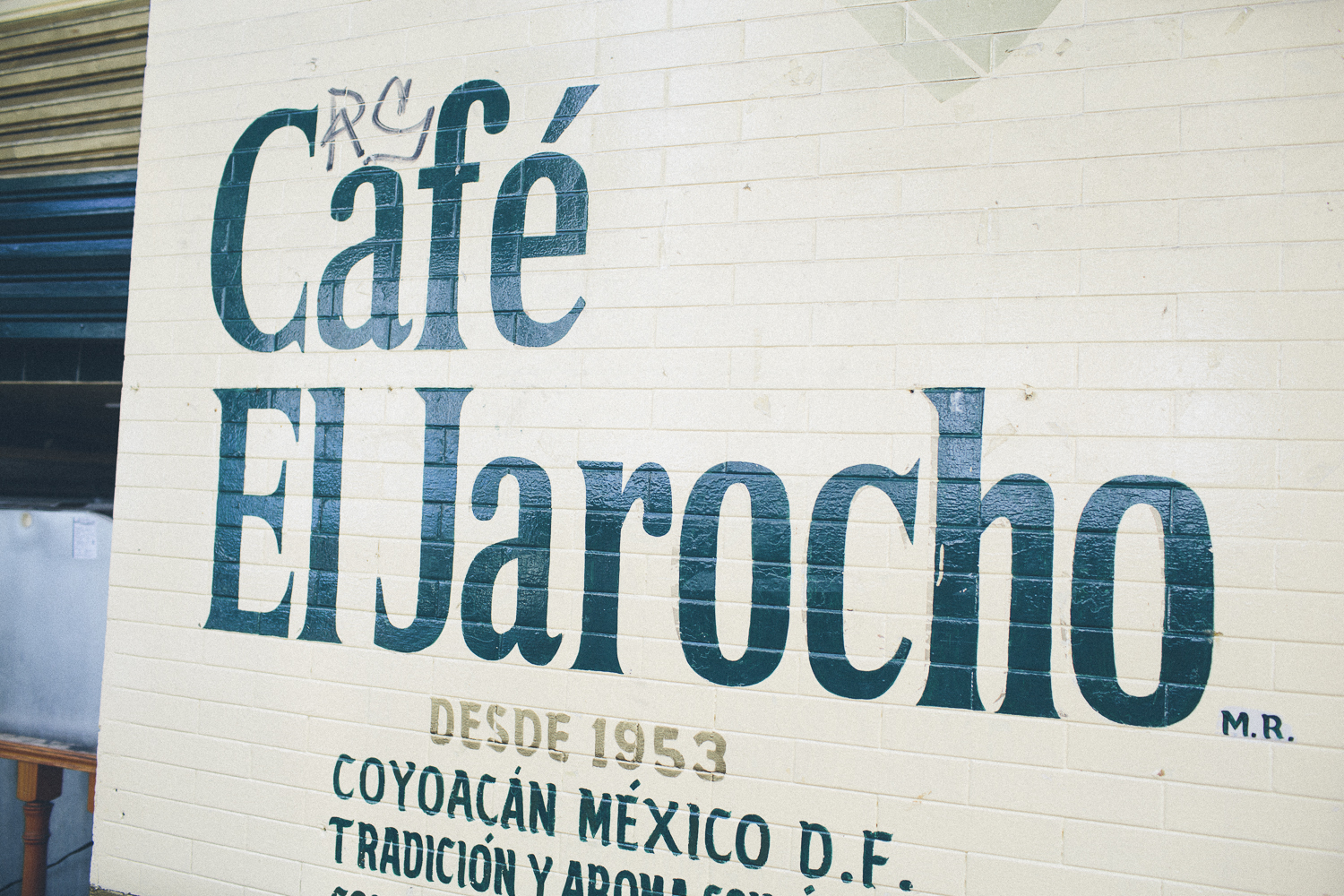 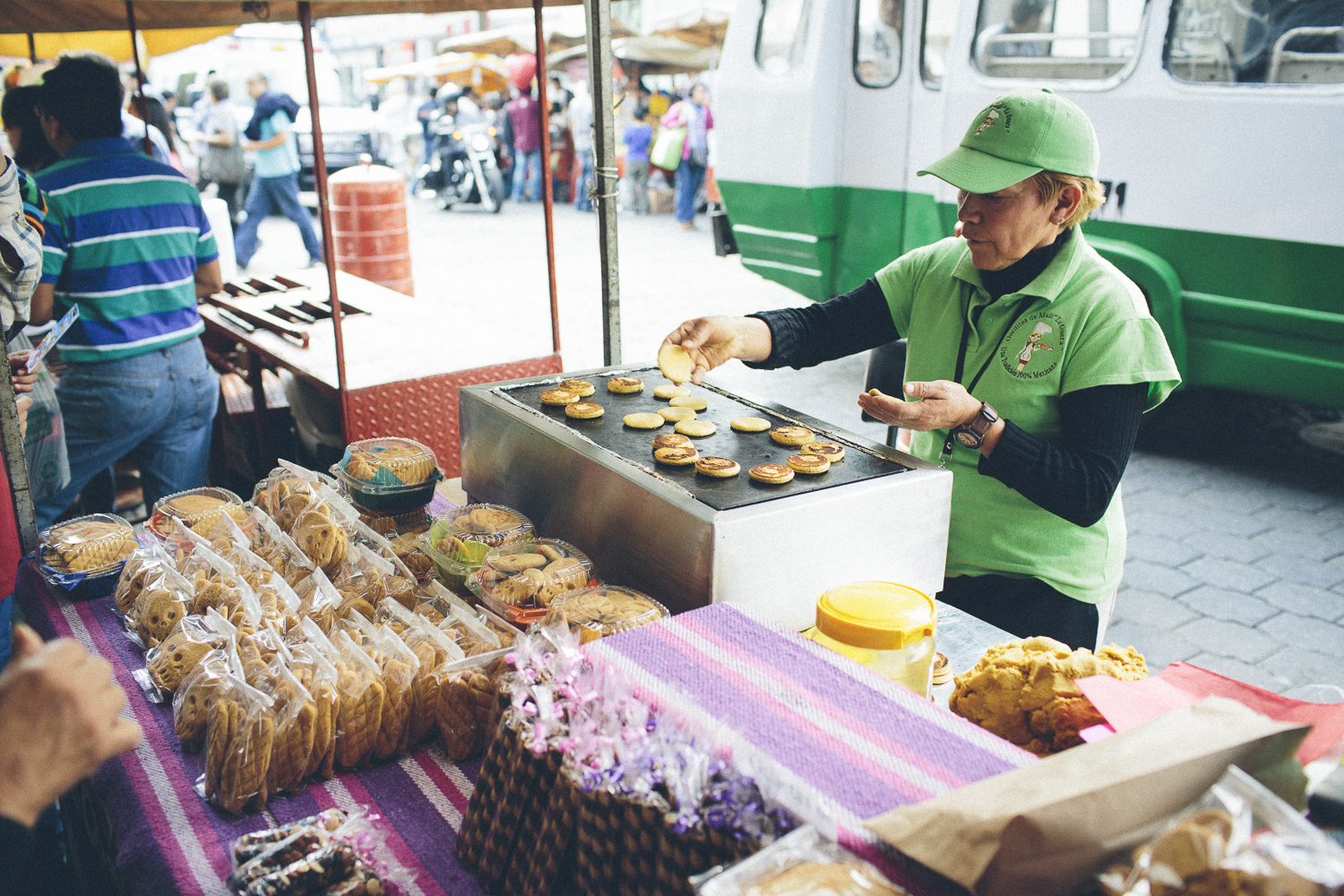 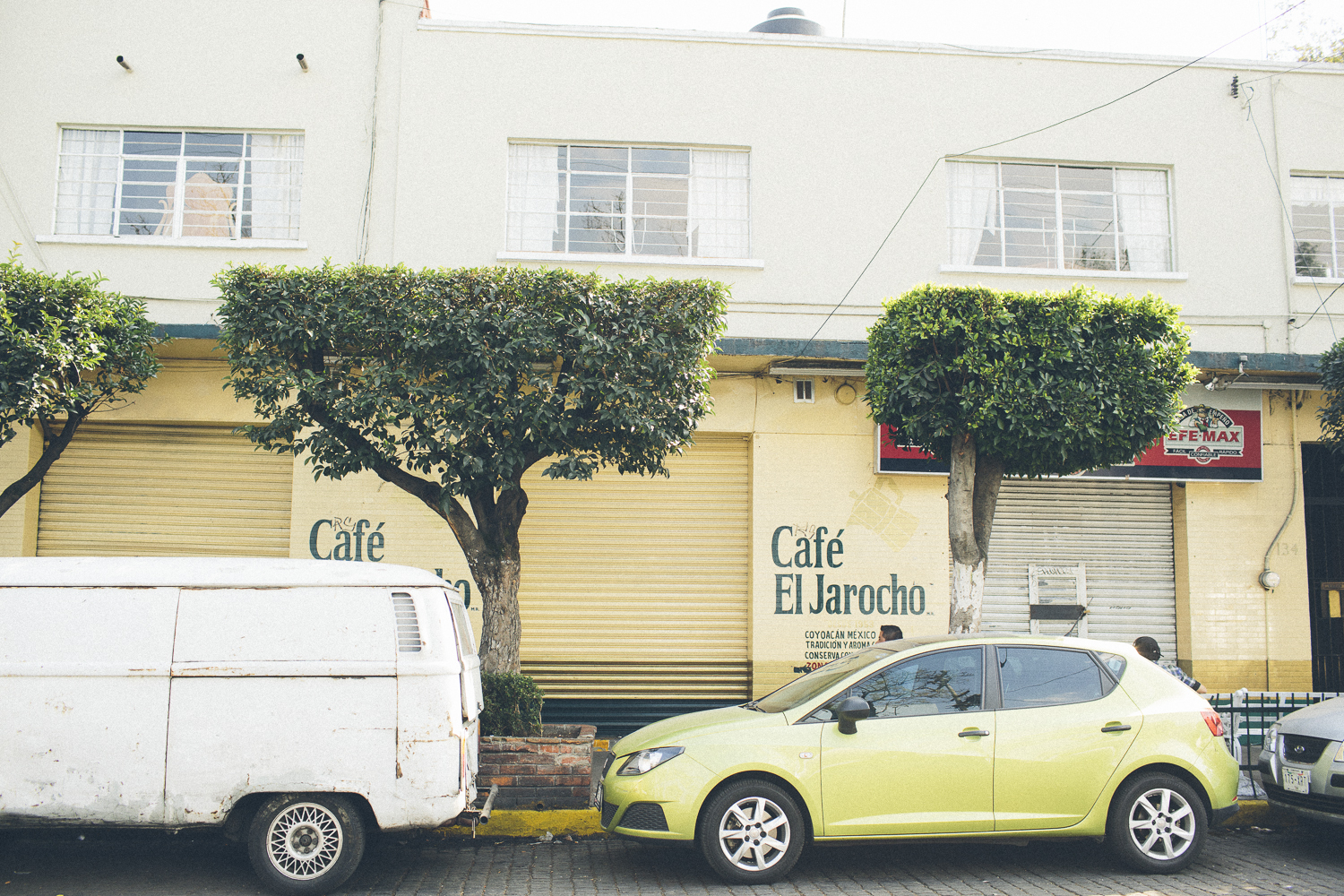 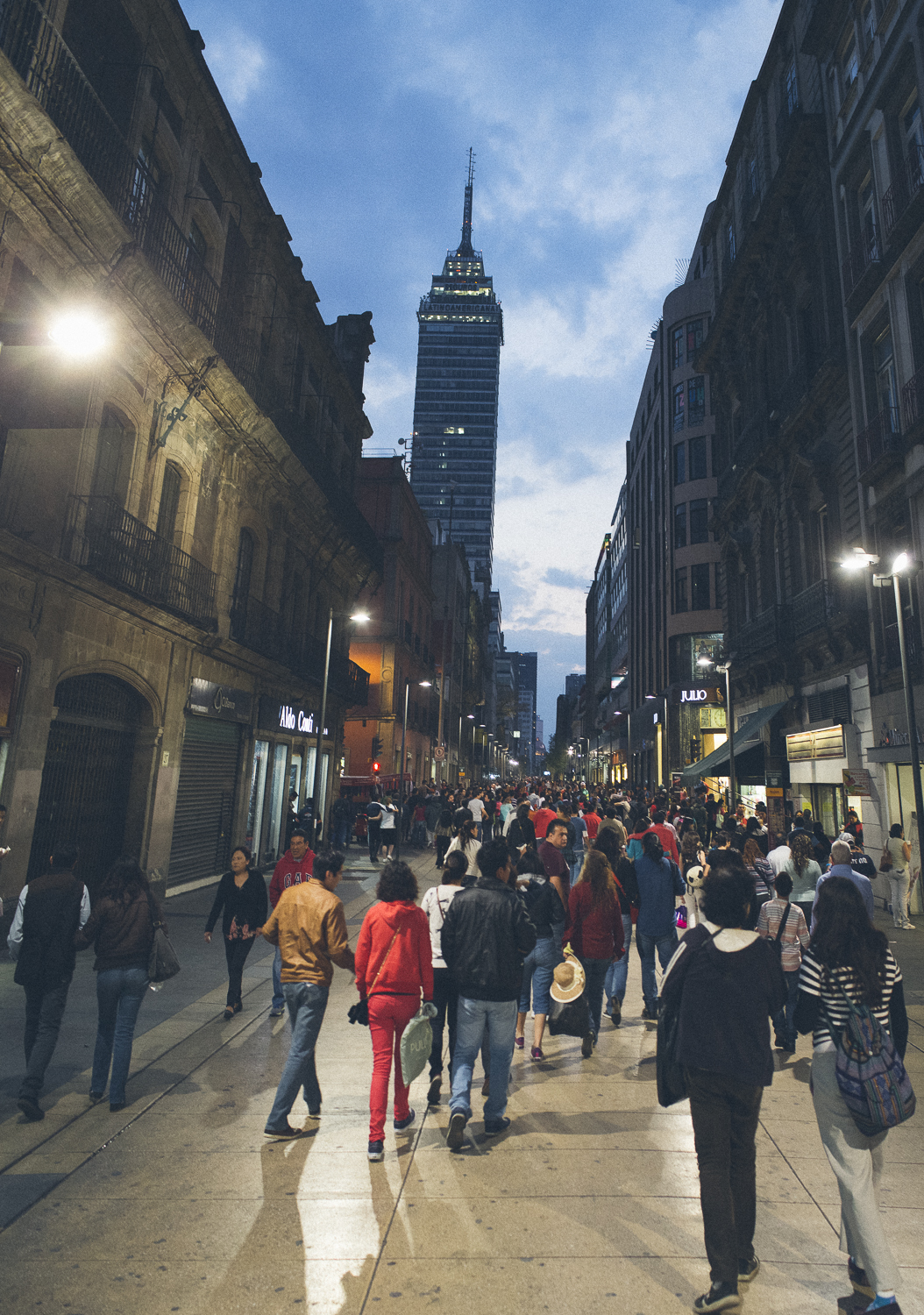 Downtown Mexico City during the day. 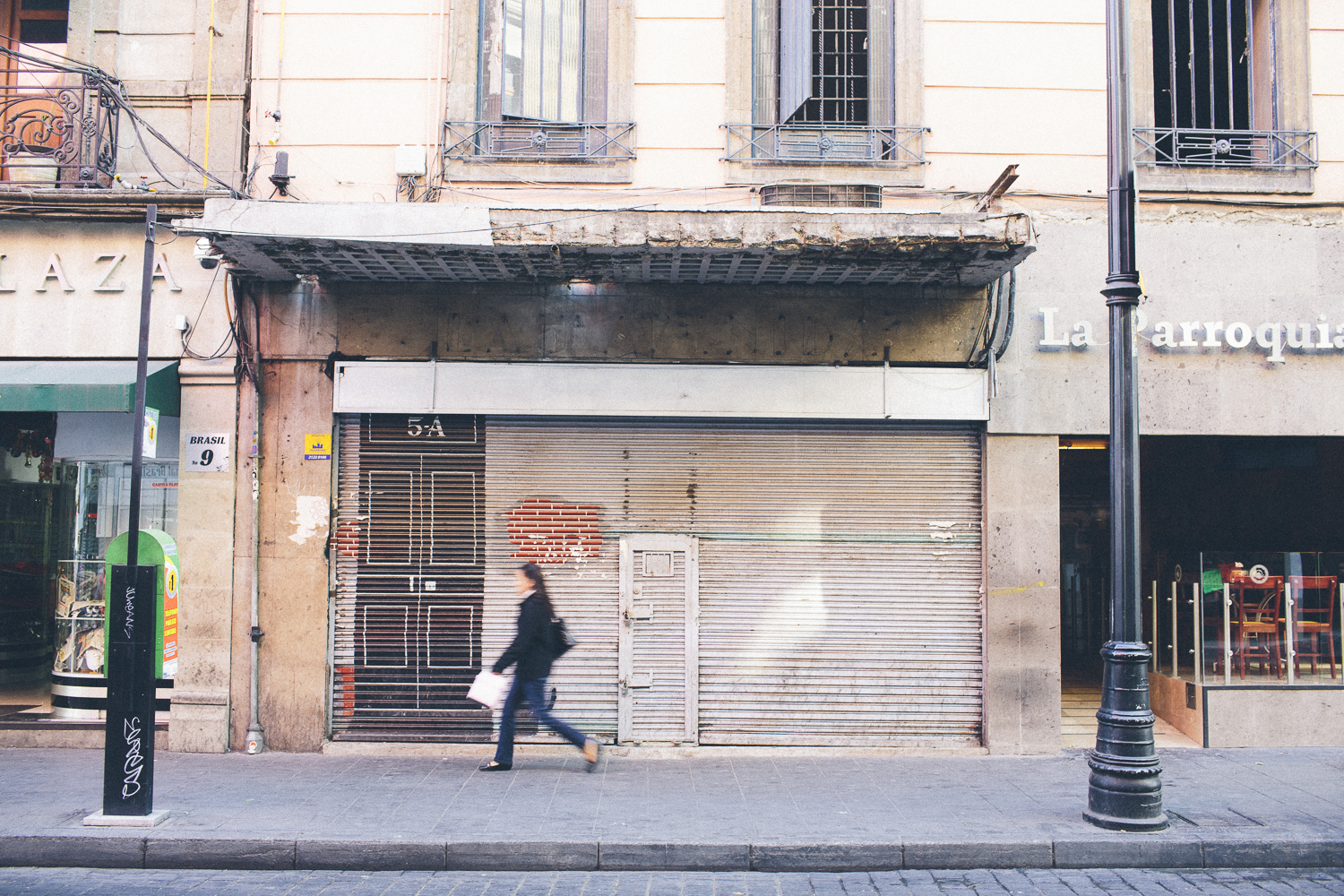 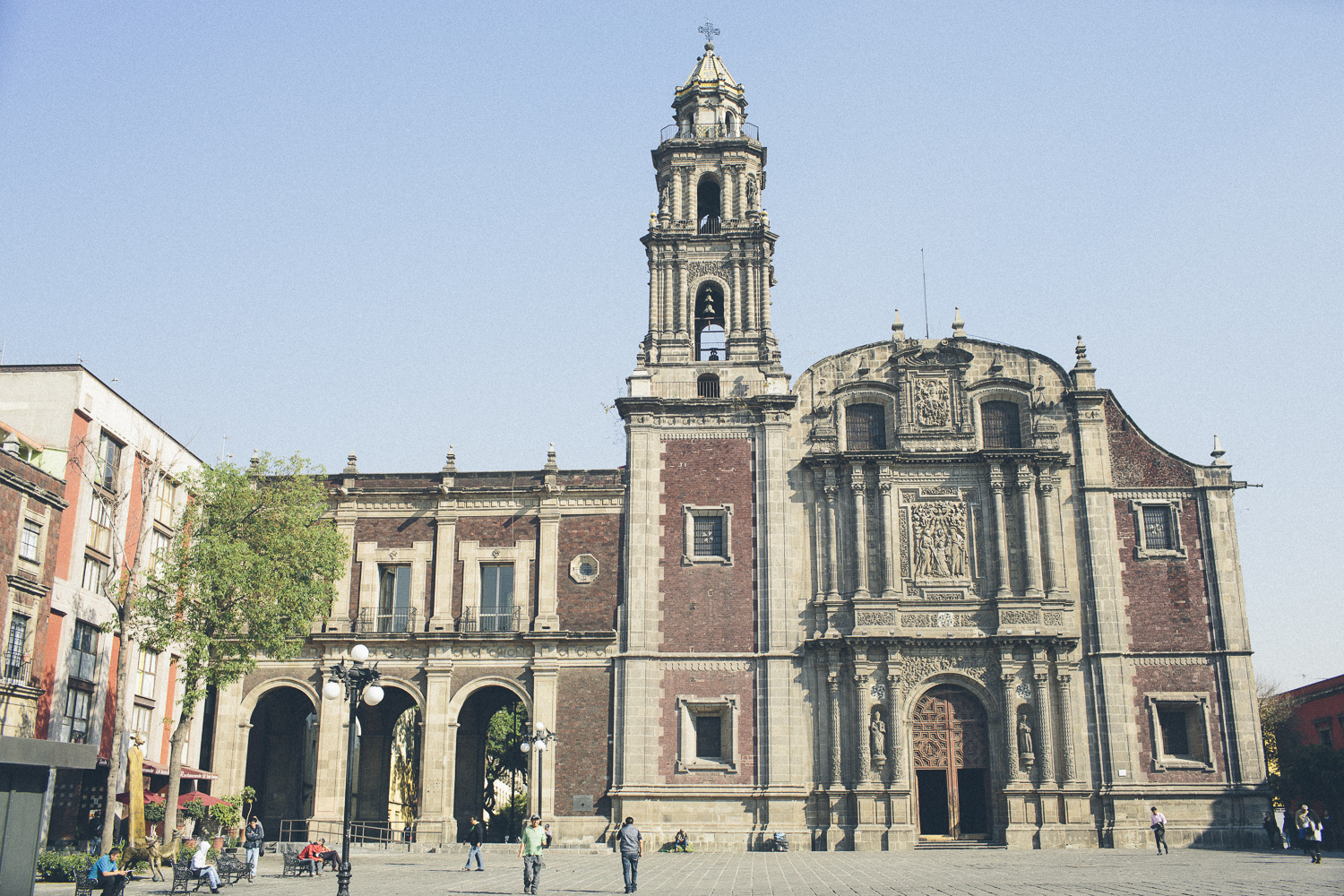 A small sample of murals by Diego Rivera. 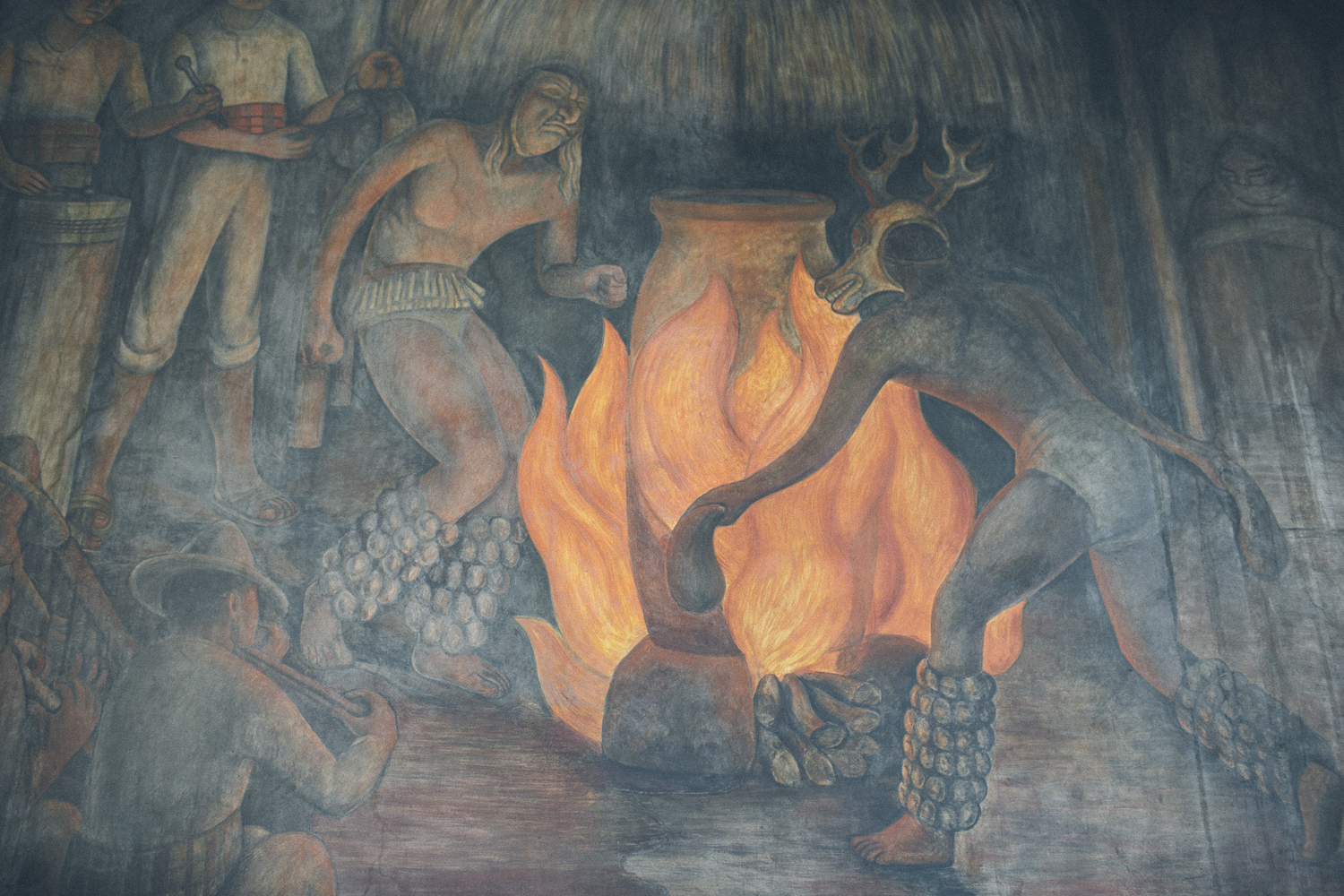 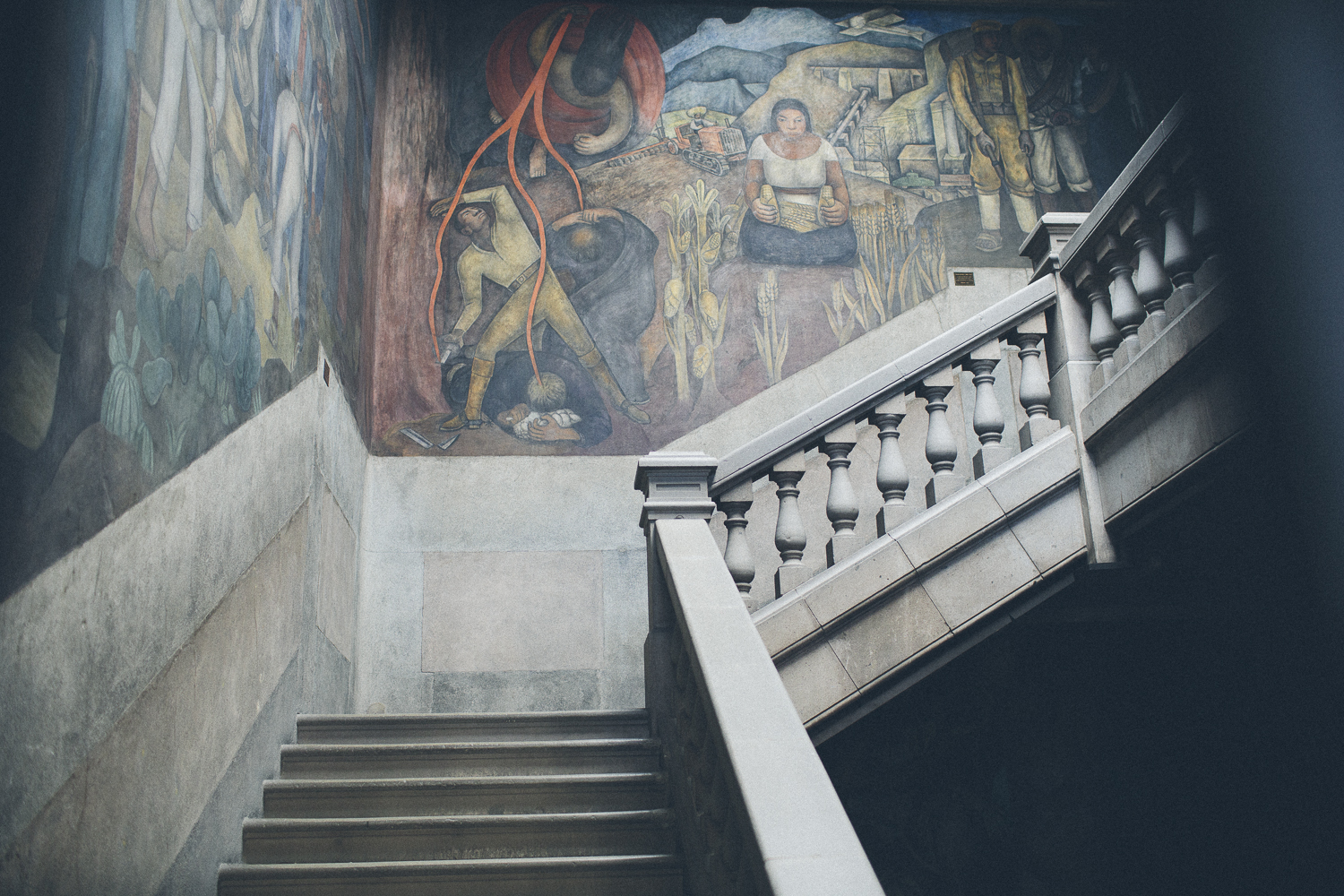 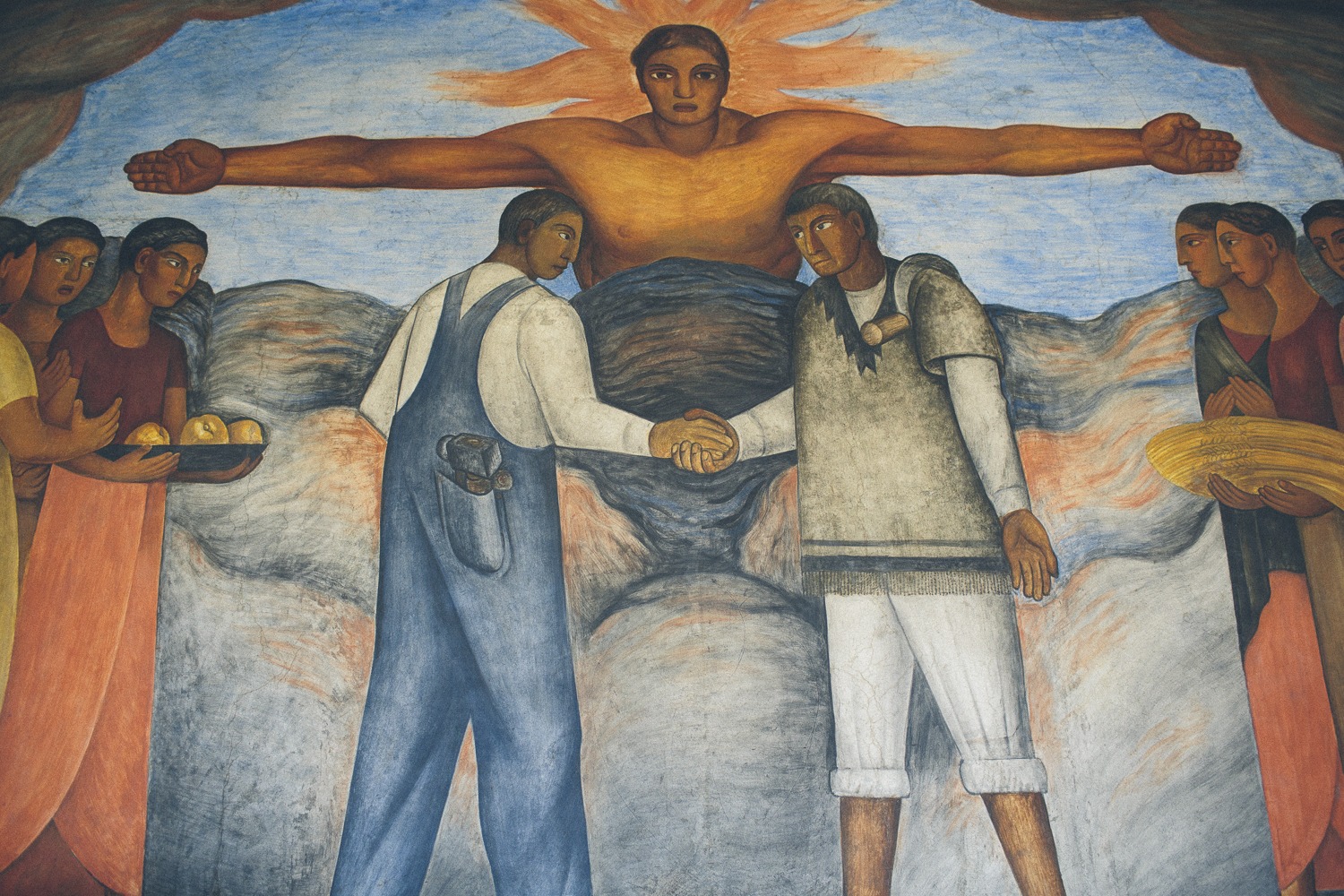 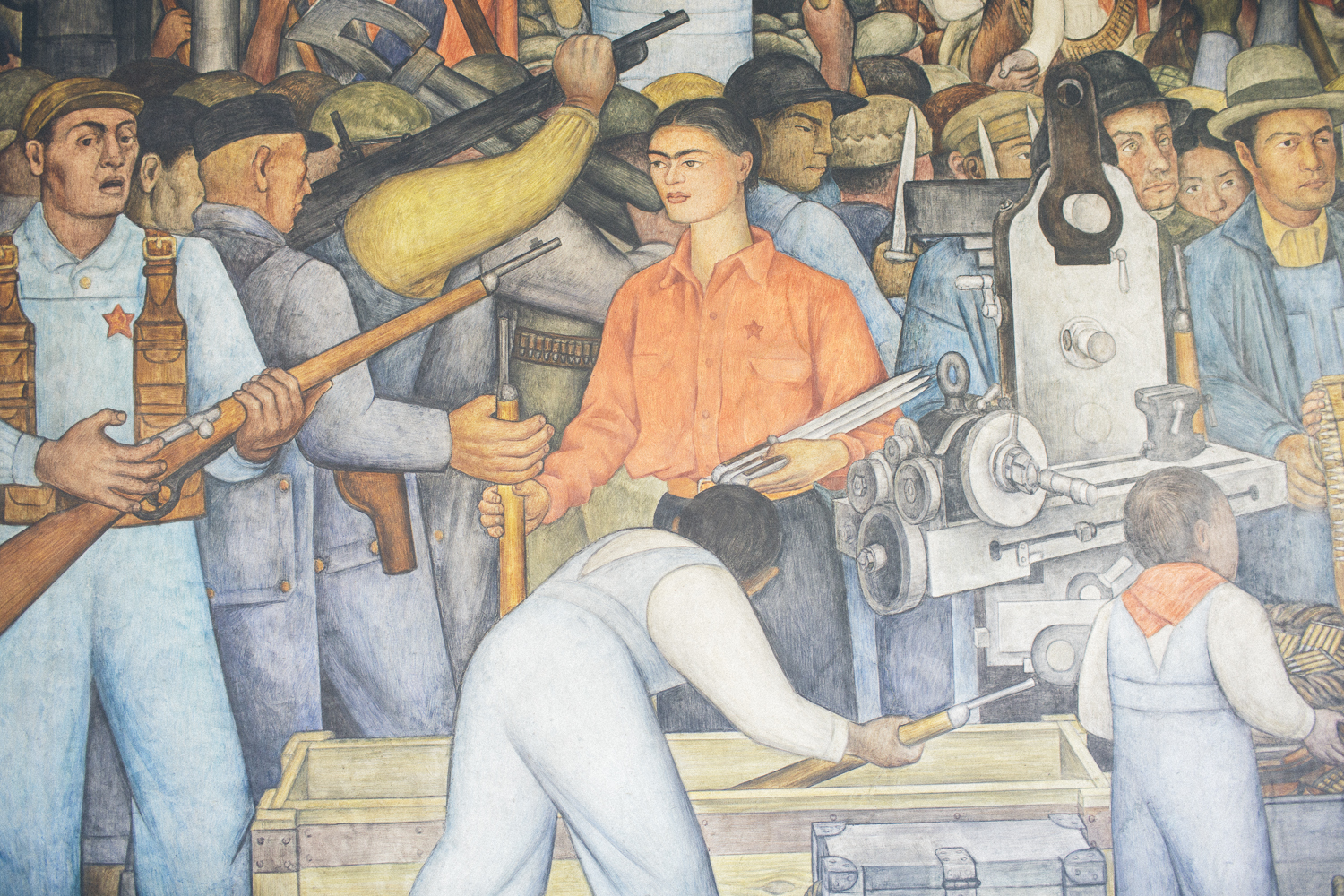 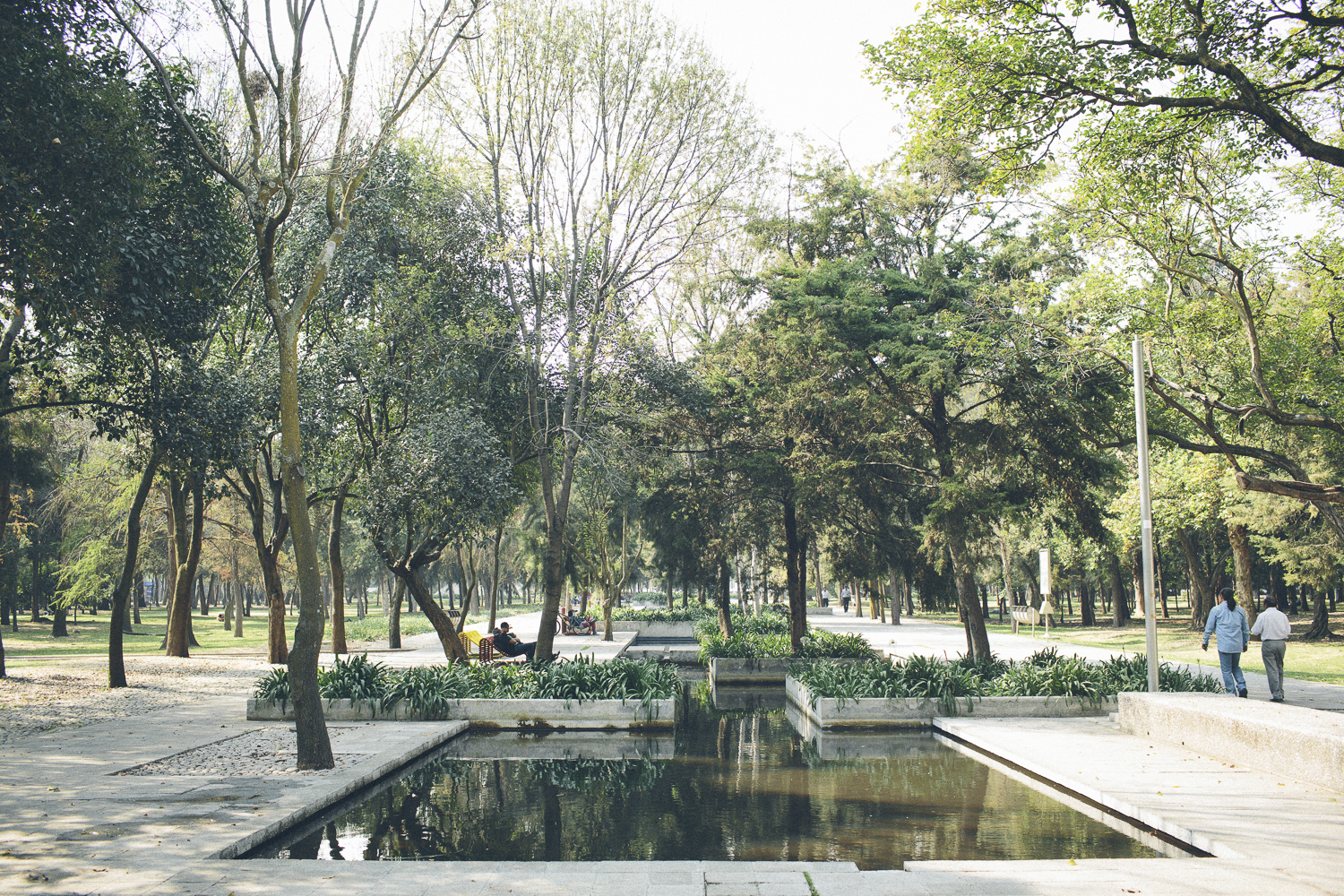 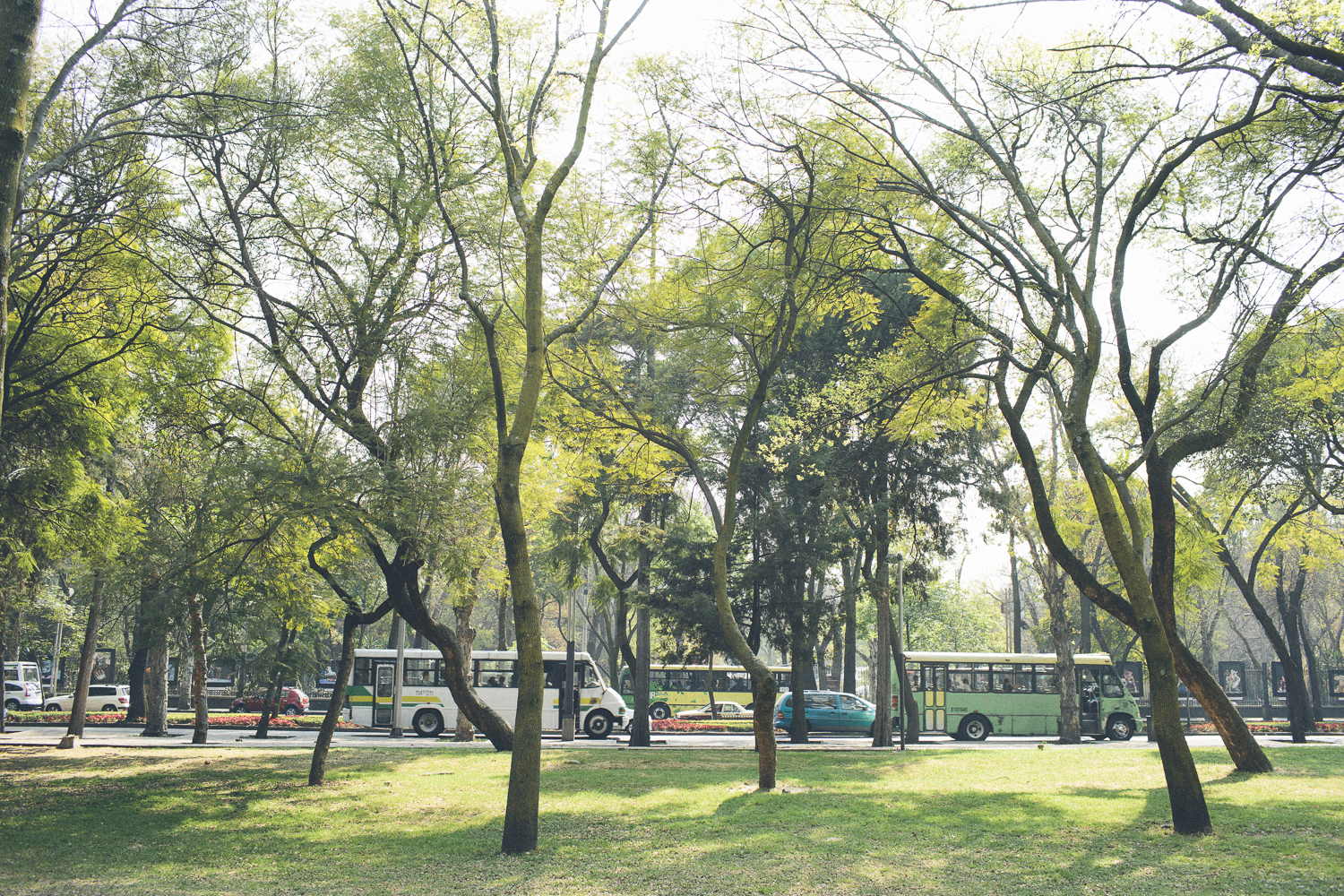 The untouchable fruit of the EcoBici. You can sign up for an access card… but only if you live in Mexico City. 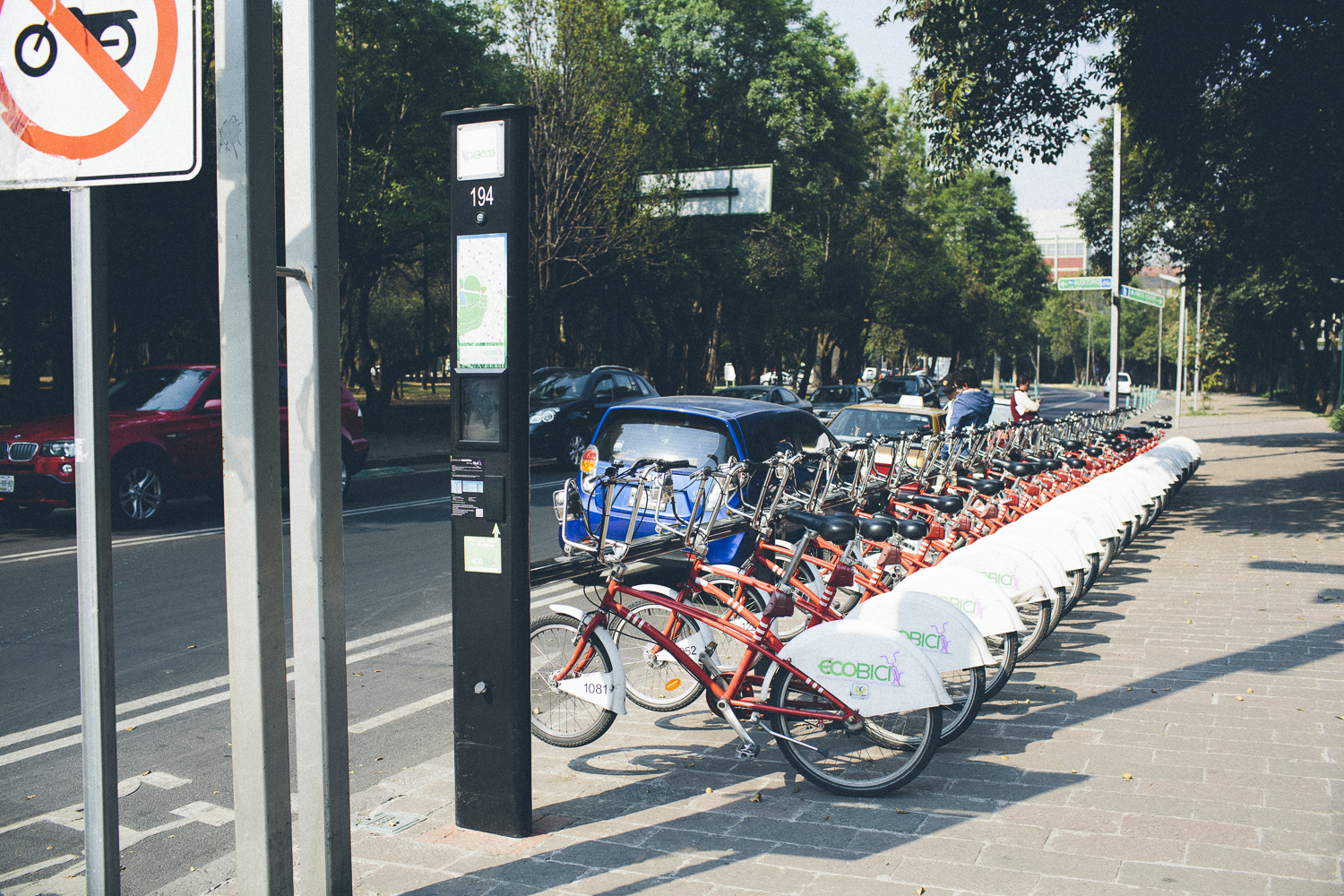 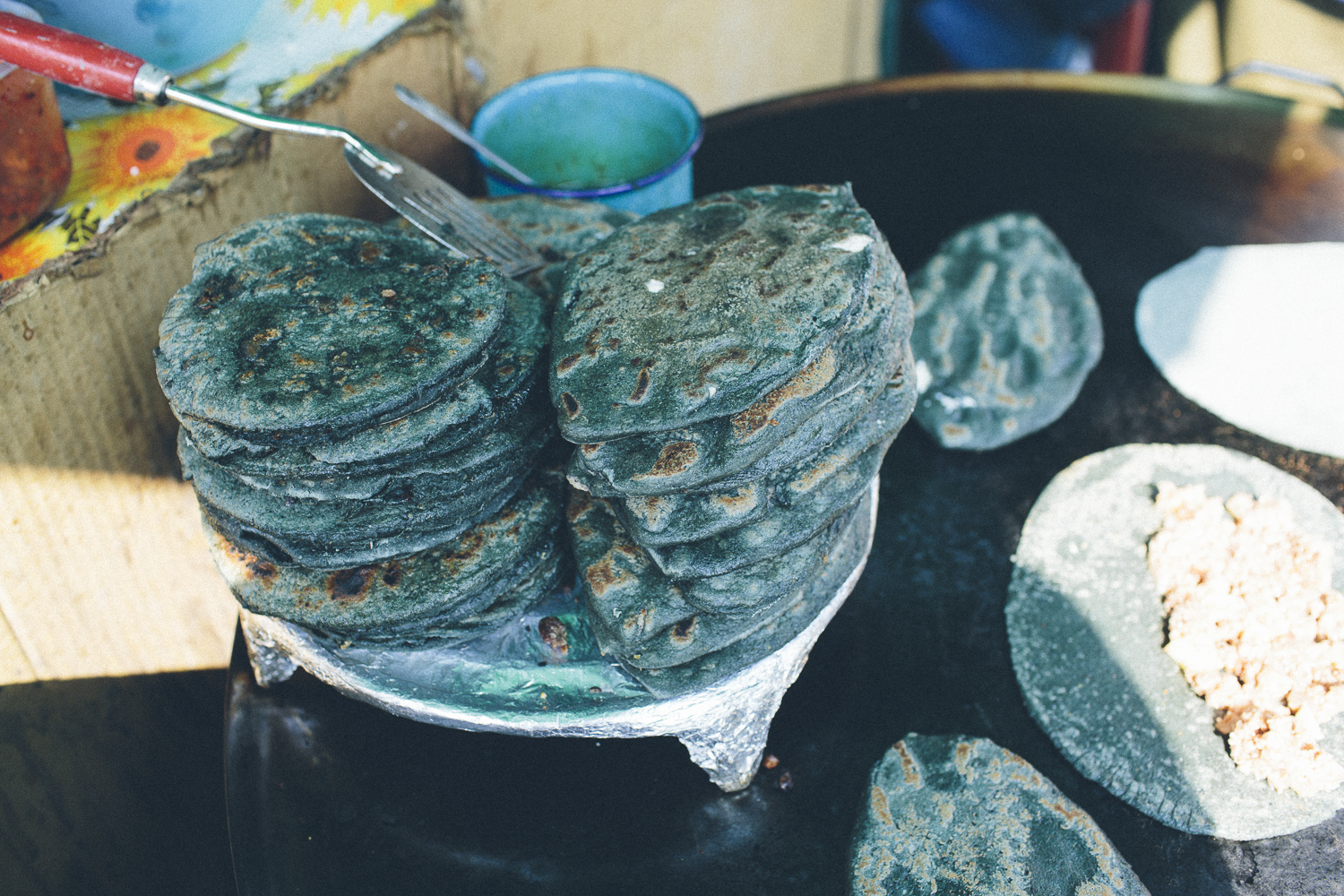 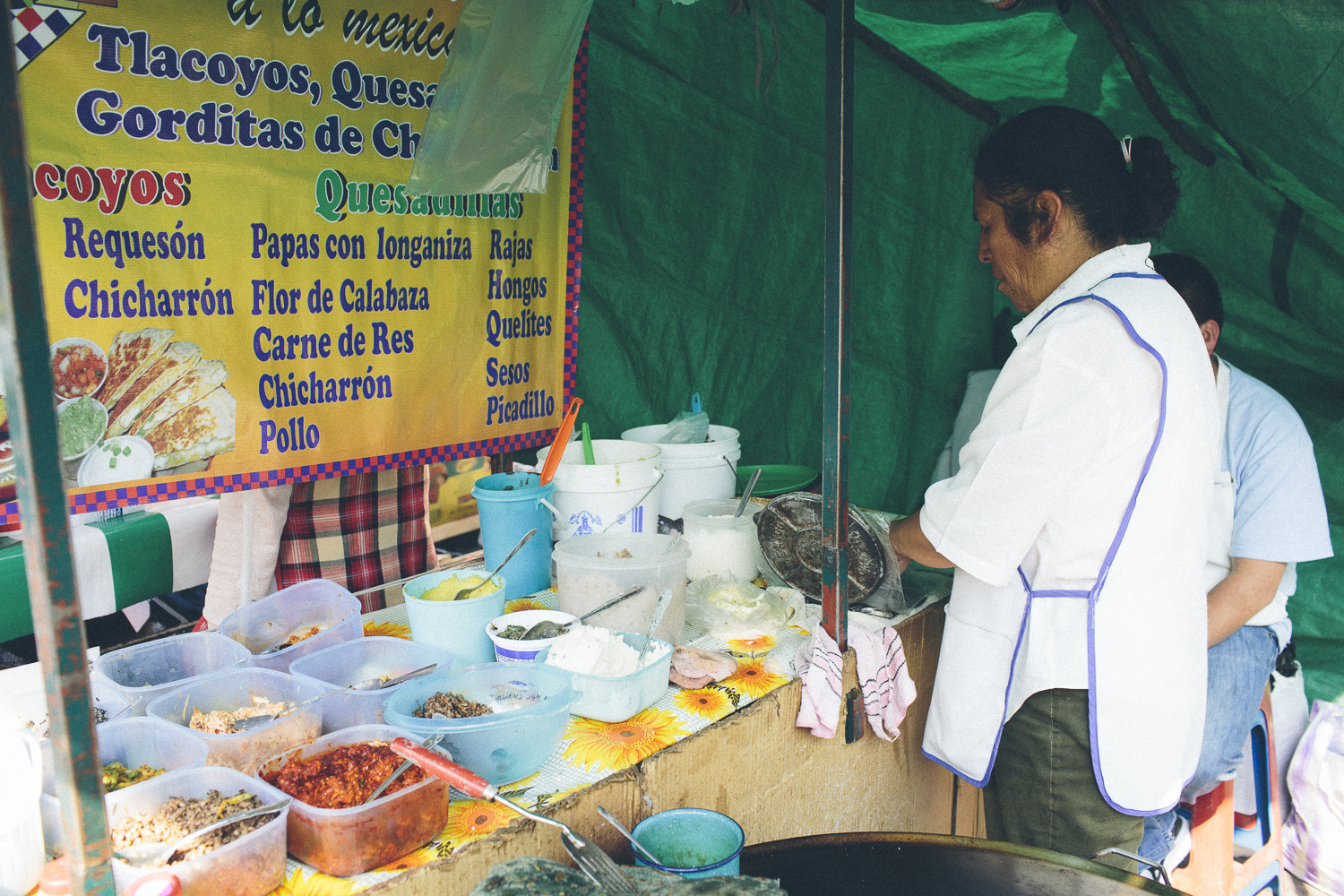 The largest zocalo (plaza) in Latin America is adjacent to the Cathedral Metropolitana. 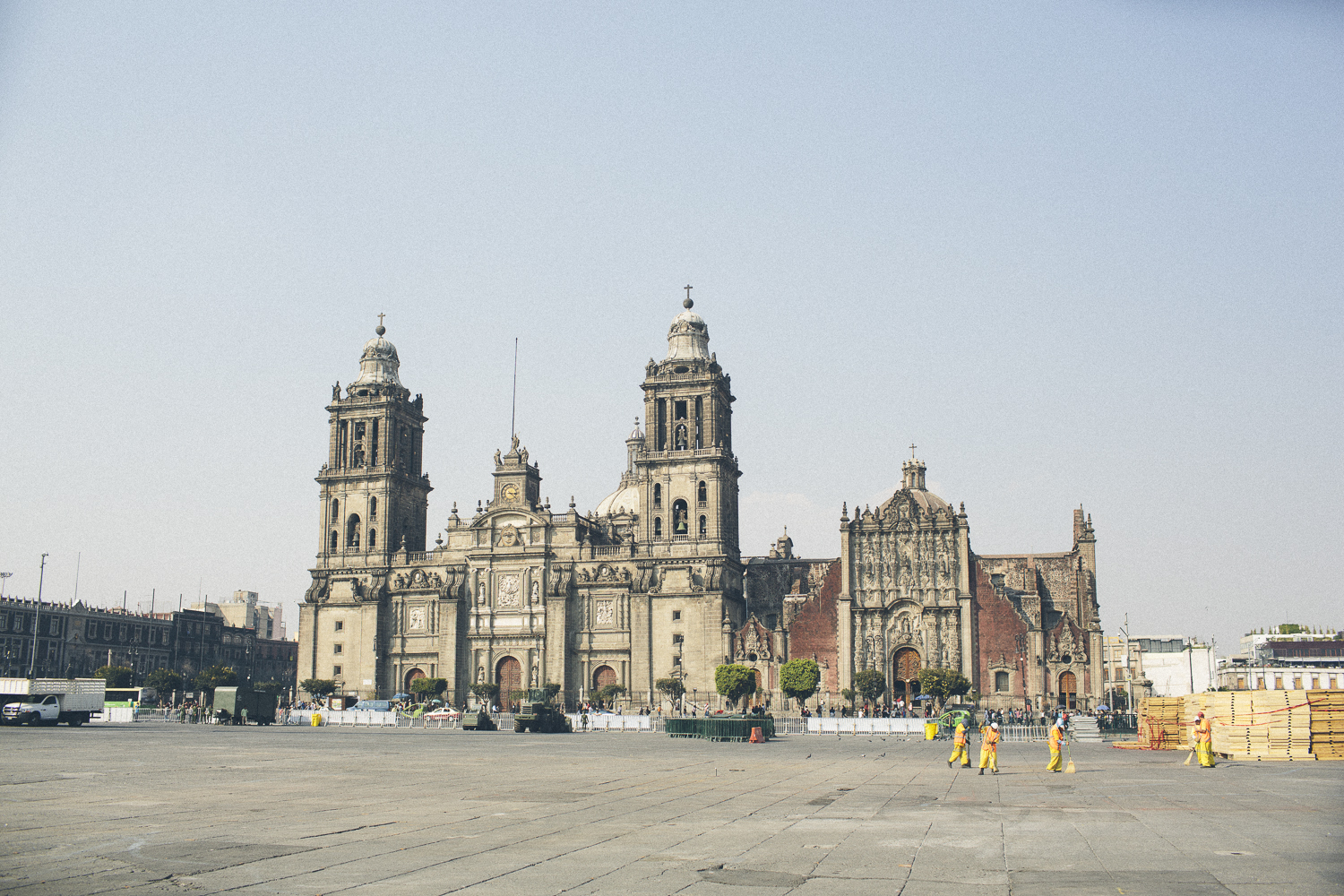 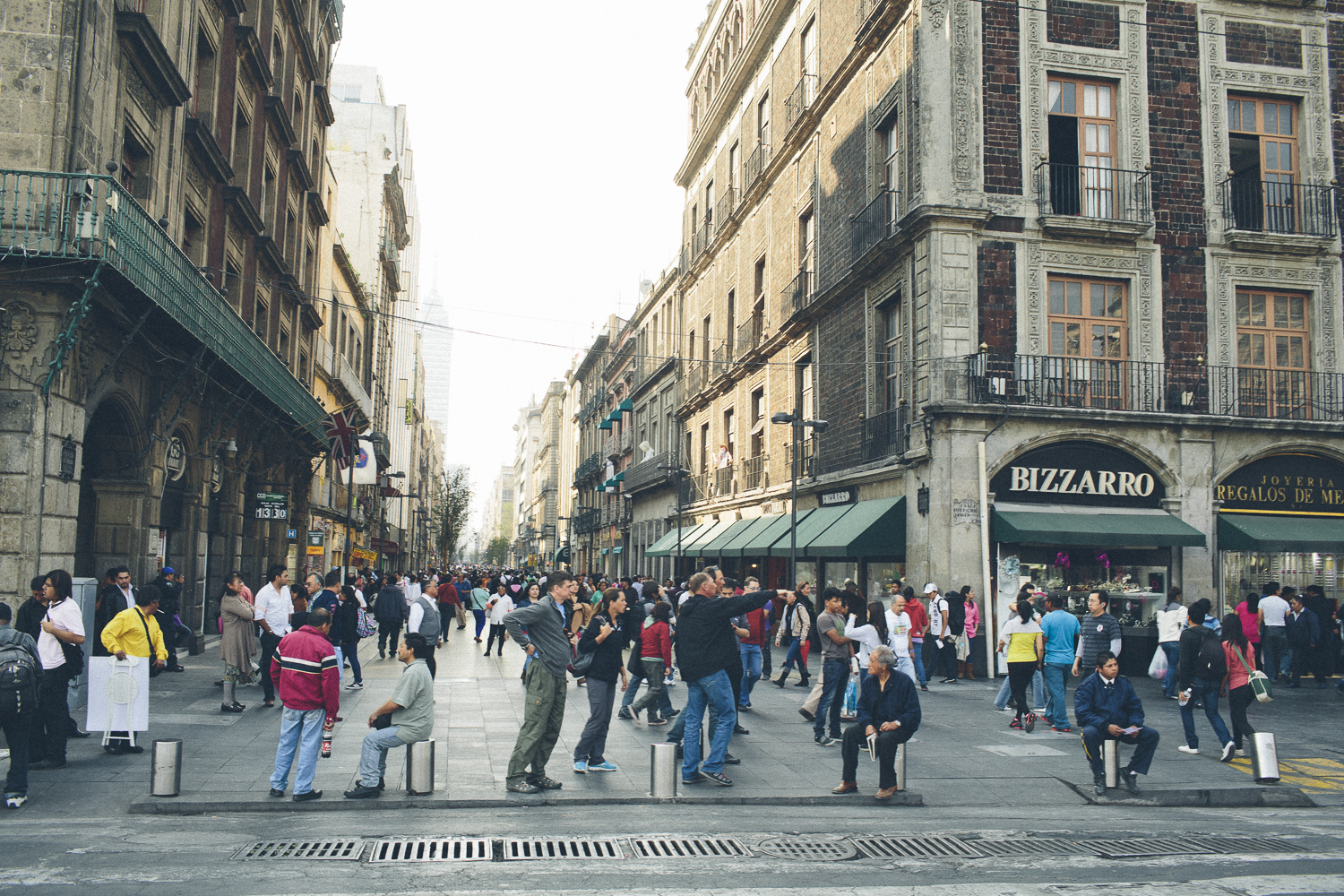 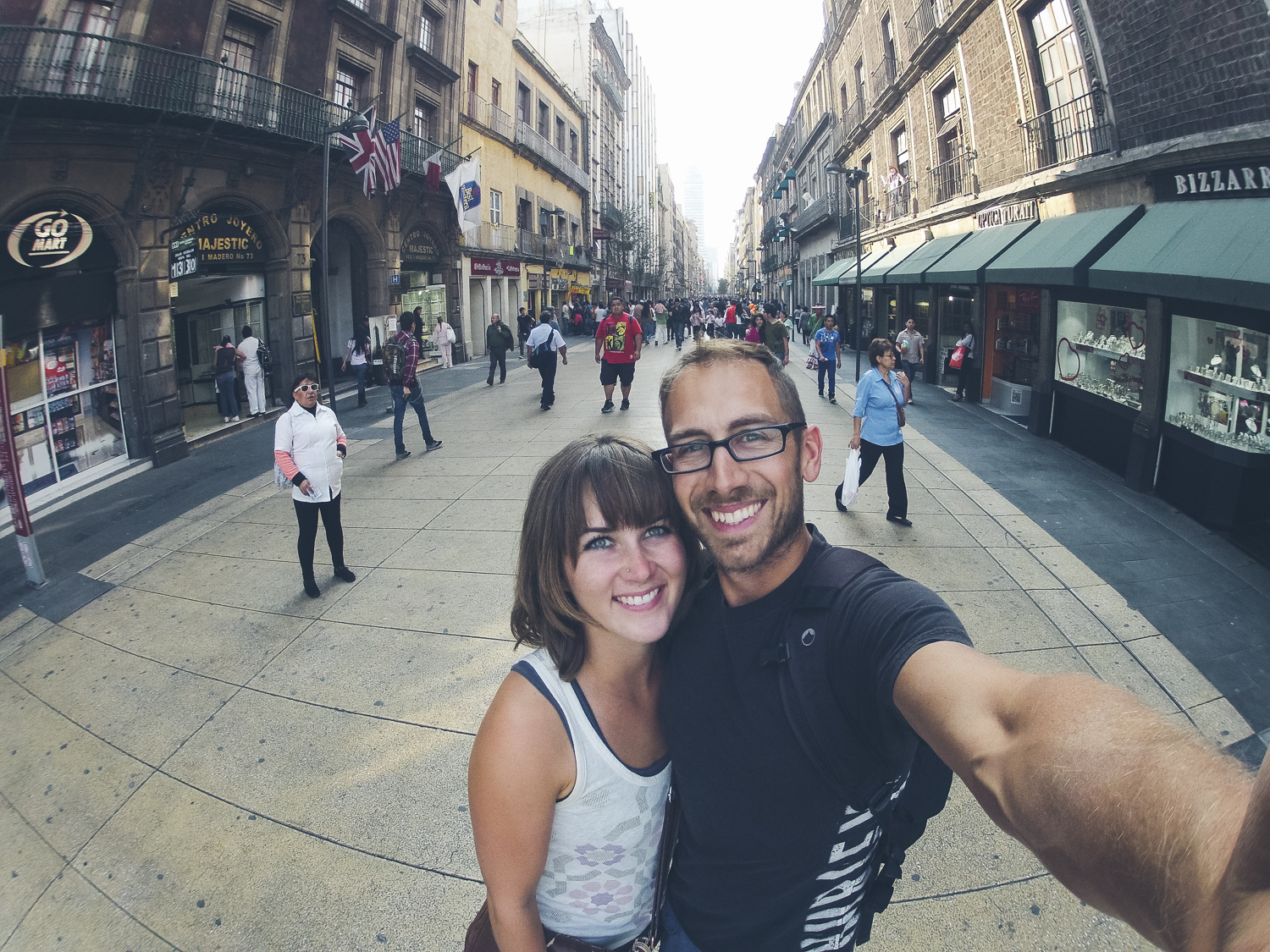 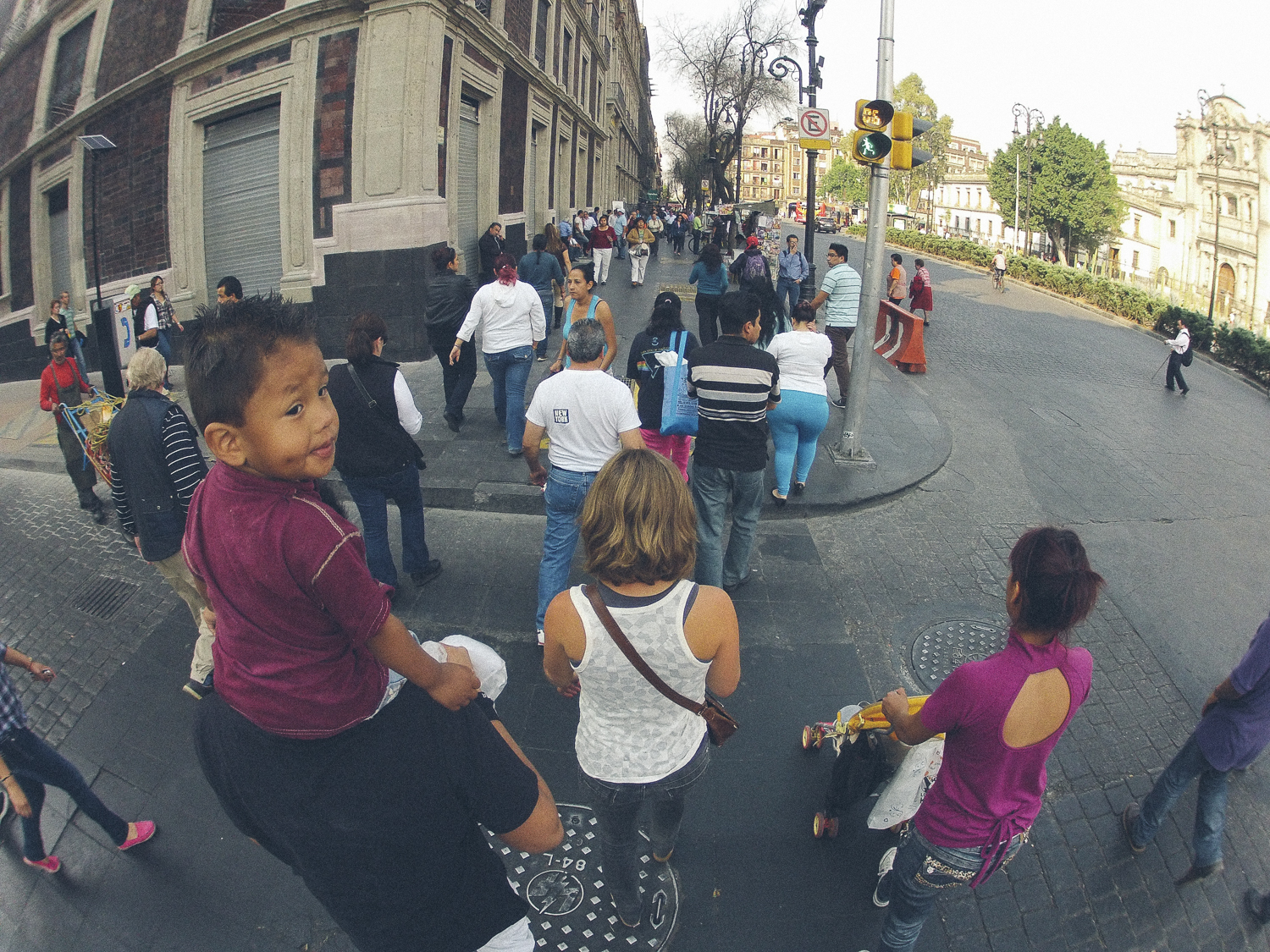