Our overland adventure took us next to Chimborazo National Park, Ecuador. We actually first drove by Volcano Chimborazo while making our way from the Ecuadorian coast to Banos and just couldn’t believe the sheer size of it. I mean, this thing was MASSIVE. 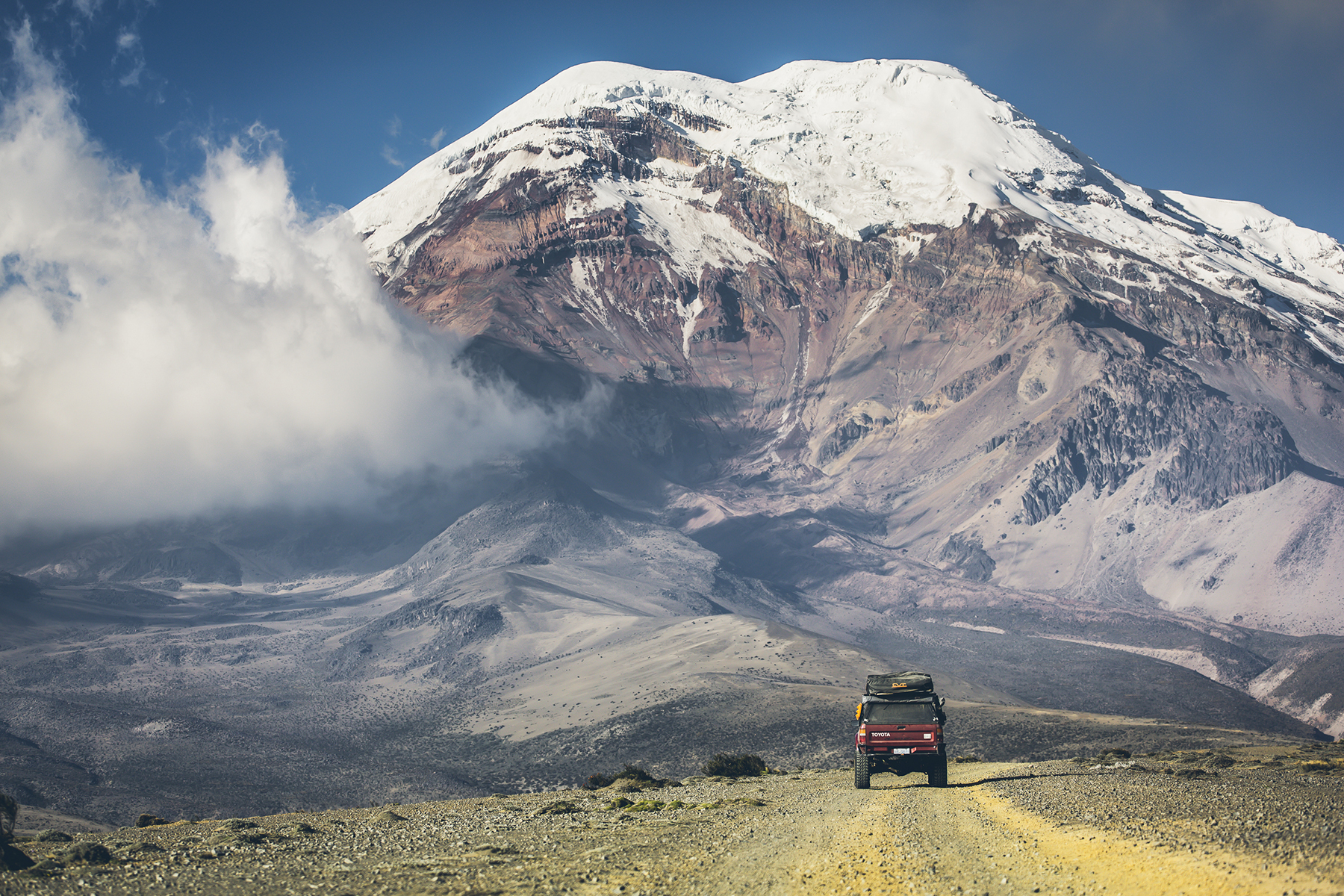 We were a bit concerned about our ability to handle the altitude after spending five days or so on the coast and then a few days at about 6,000 feet in the Banos area. We were concerned, because even our camp spot at the base of the volcano was around 15,000 feet. 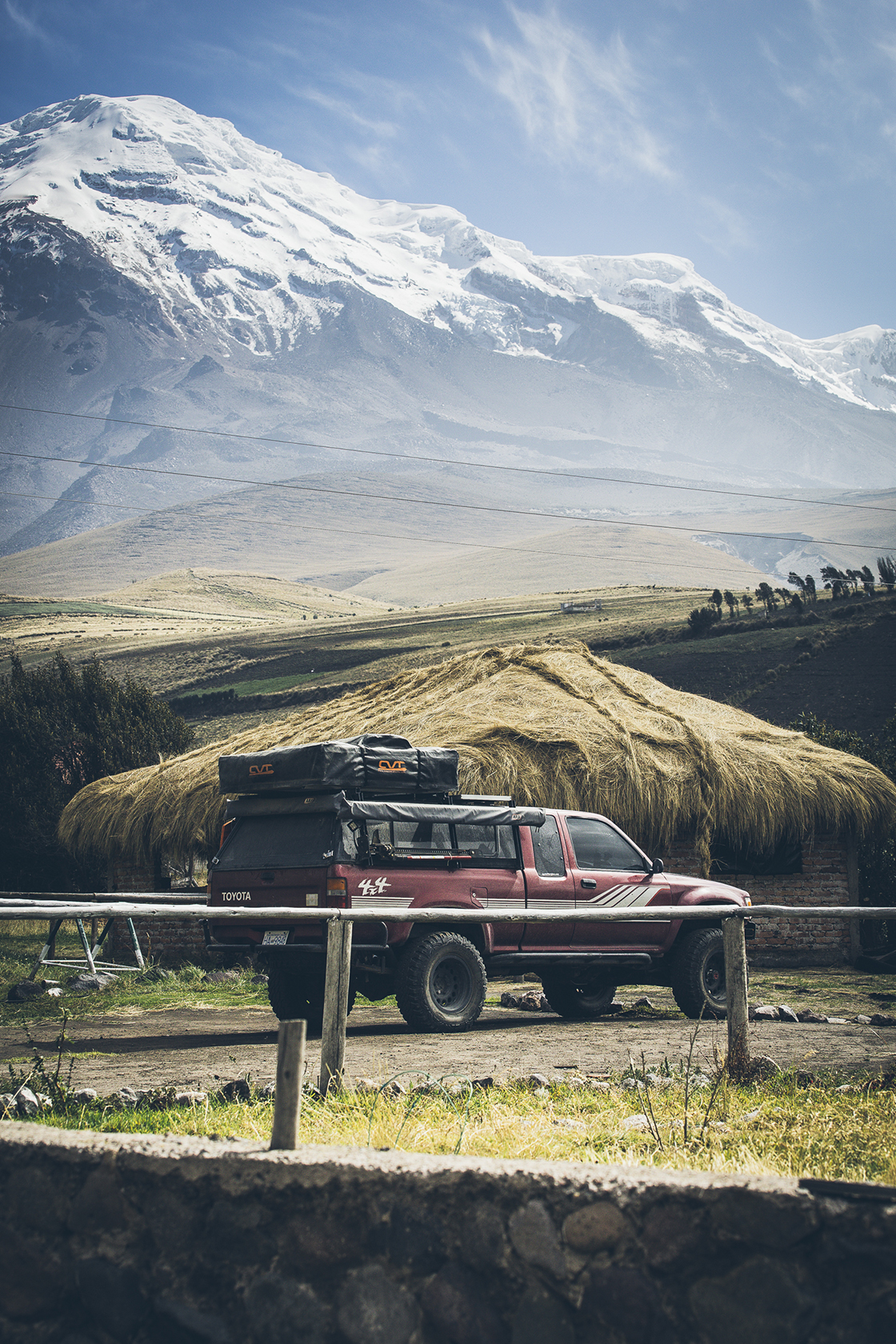 We had never experienced any problems with altitude in the past so we threw caution to the wind, stocked up on groceries, and headed from the cloud forest to the land of the vicuñas in Chimborazo National Park. 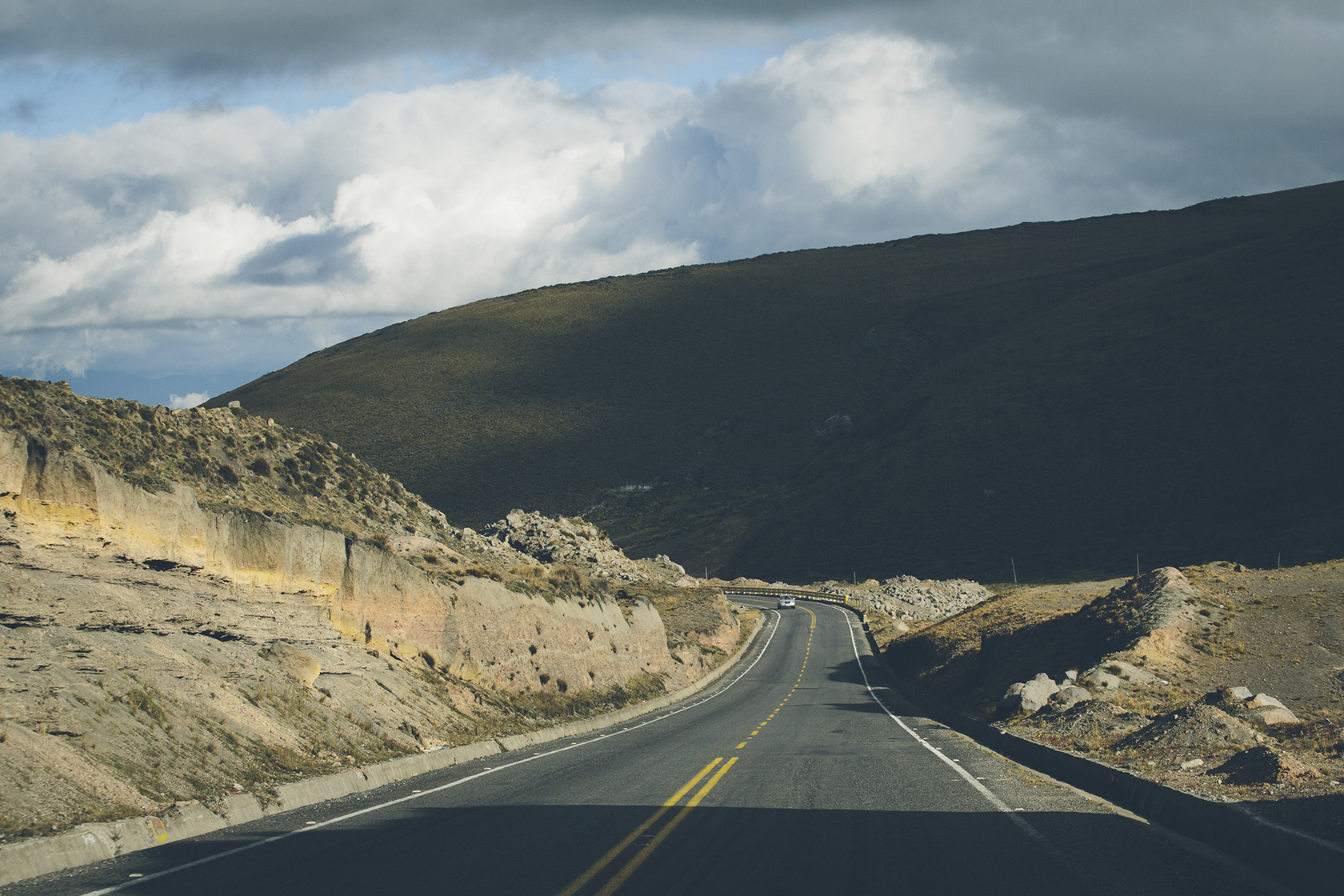 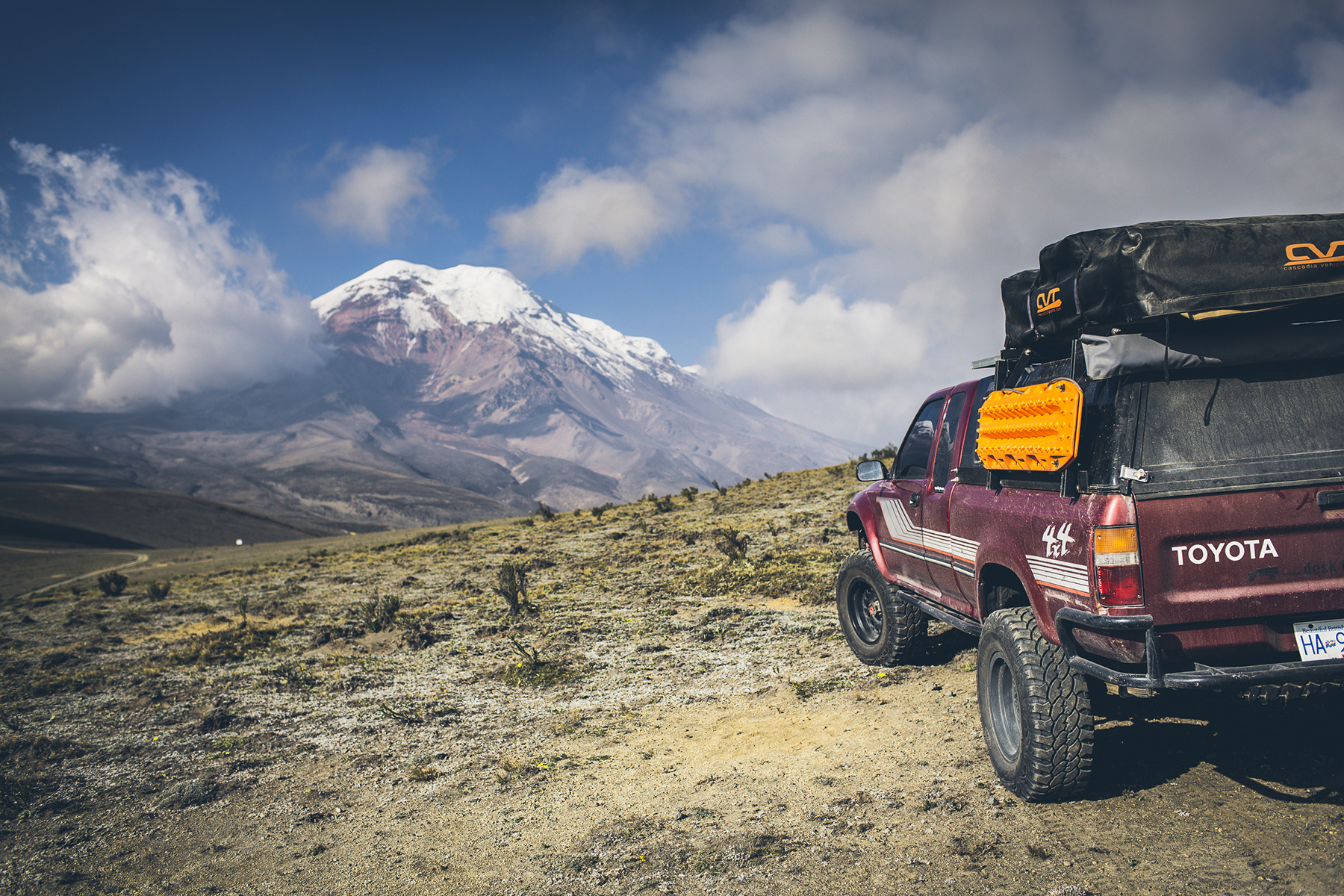 We watched a lovely short film called The Last Ice Merchant, which follows the story of an Ecuadorian man who collects ice from the Chimborazo Volcano and sells it in the nearby villages. Due to the ease and convenience of bagged ice, all of his family members have gone on to do other work.  Baltazar Ushca, however, still treks up the volcano every week and gathers ice. It is demanding and dangerous work. I would highly recommend watching this short film to get a taste of Ecuador, and to learn more about this man’s story. 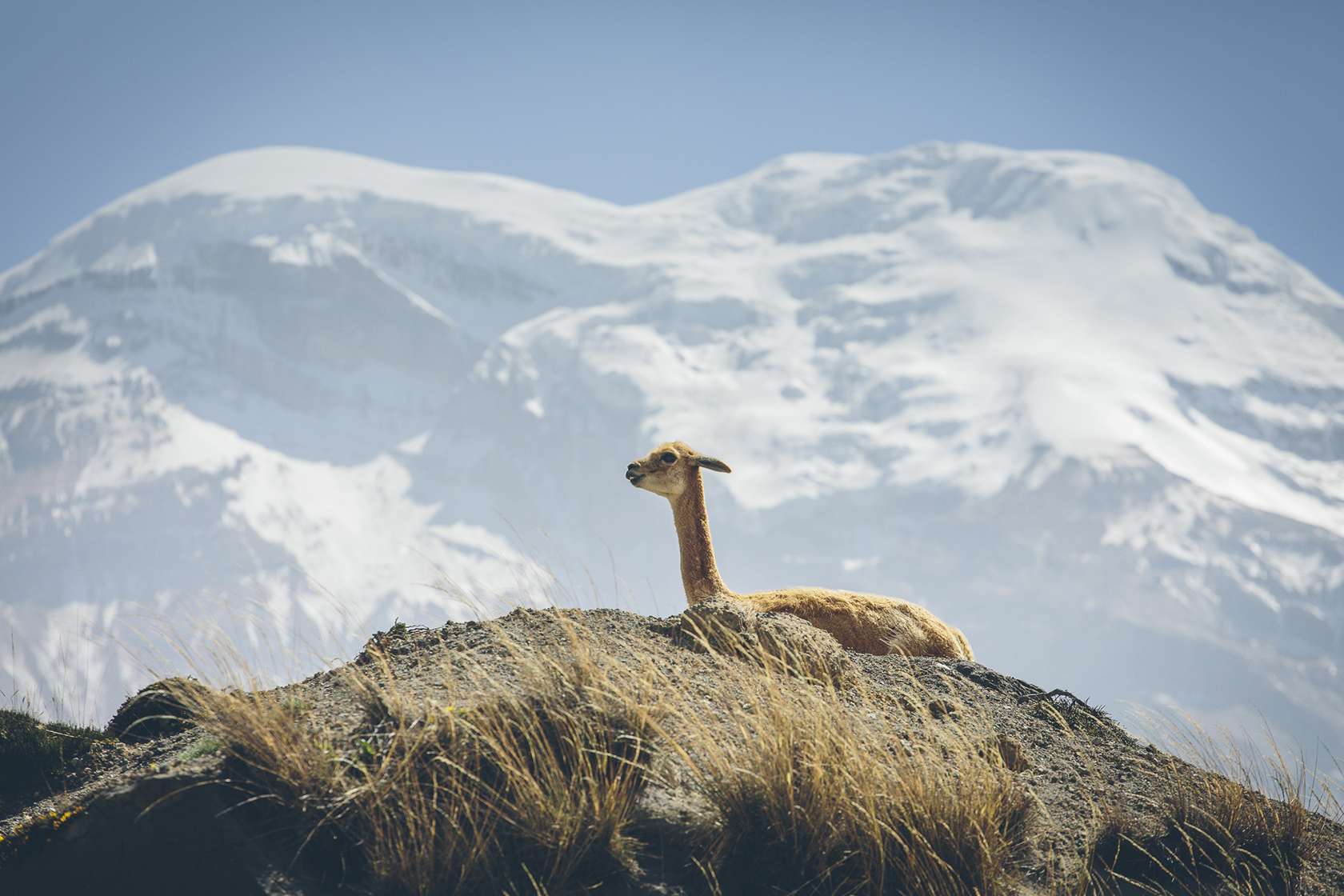 I am happy to report that we had no problems with the altitude and trekked up to the second refuge for some stellar views. We were totally in awe by this massive volcano. When standing at over 16,000 feet of elevation I feel this sense of elation and appreciation for my surroundings. Maybe it is the lack of oxygen talking, but these natural parts of our world leave me breathless. 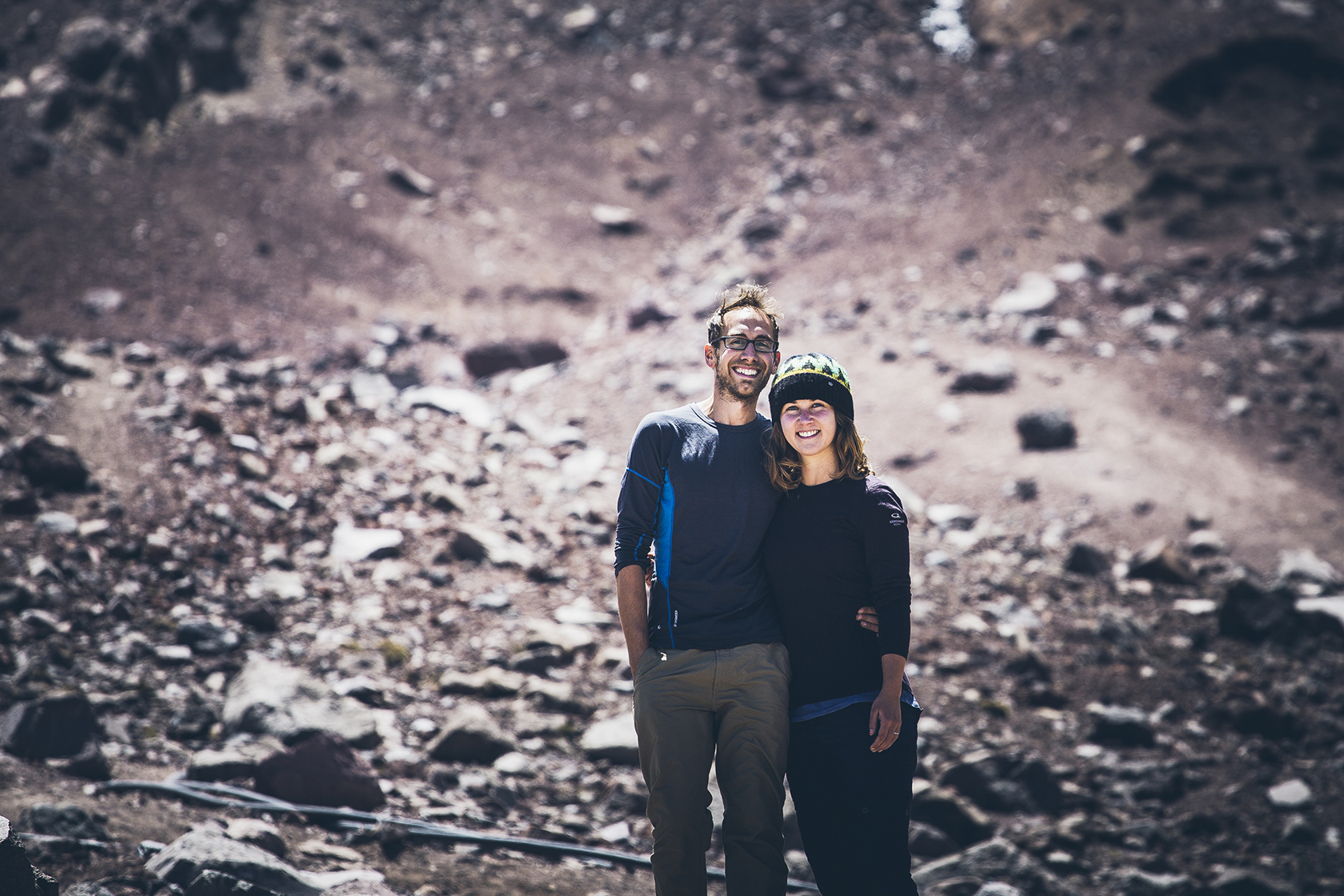 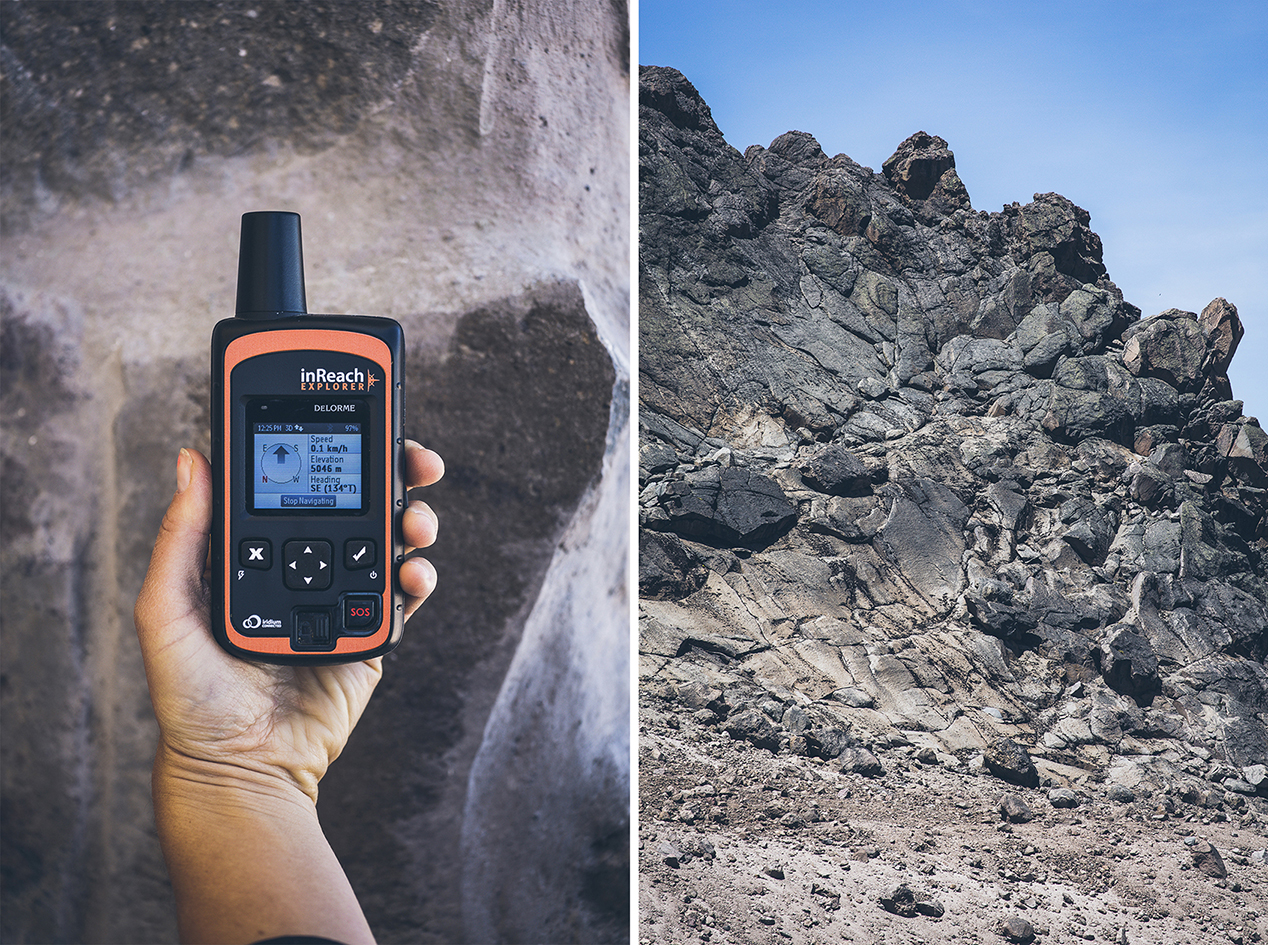 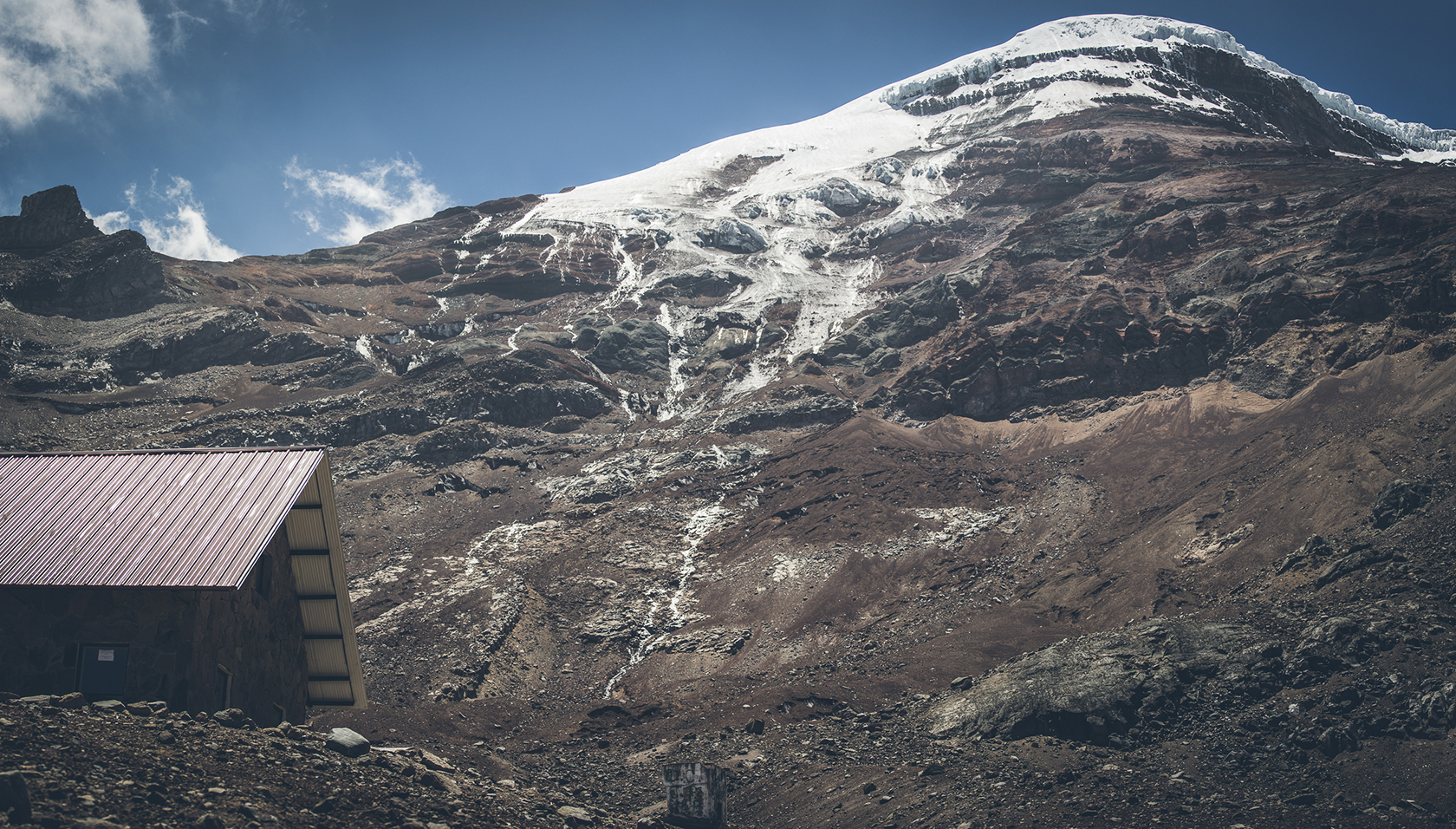 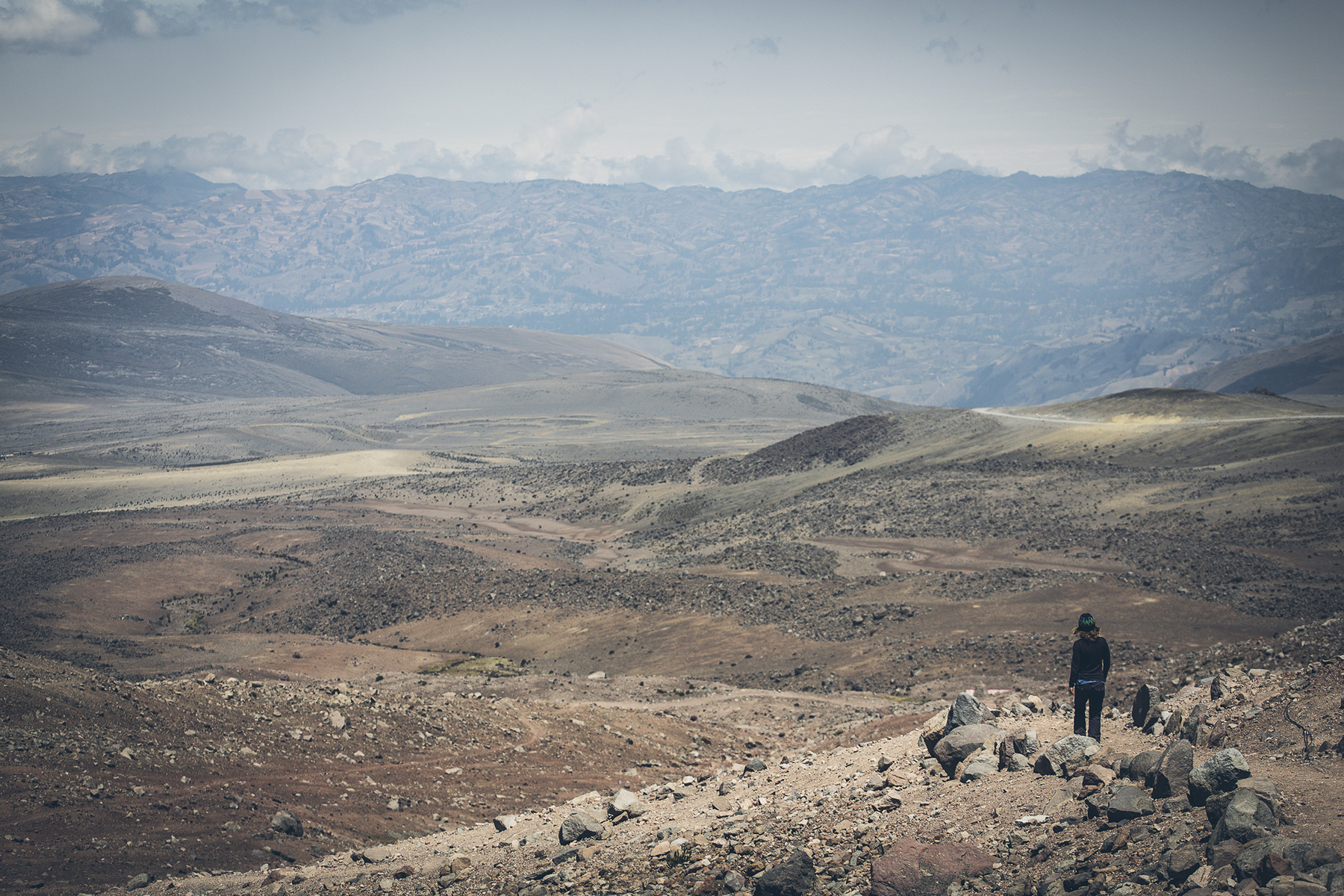 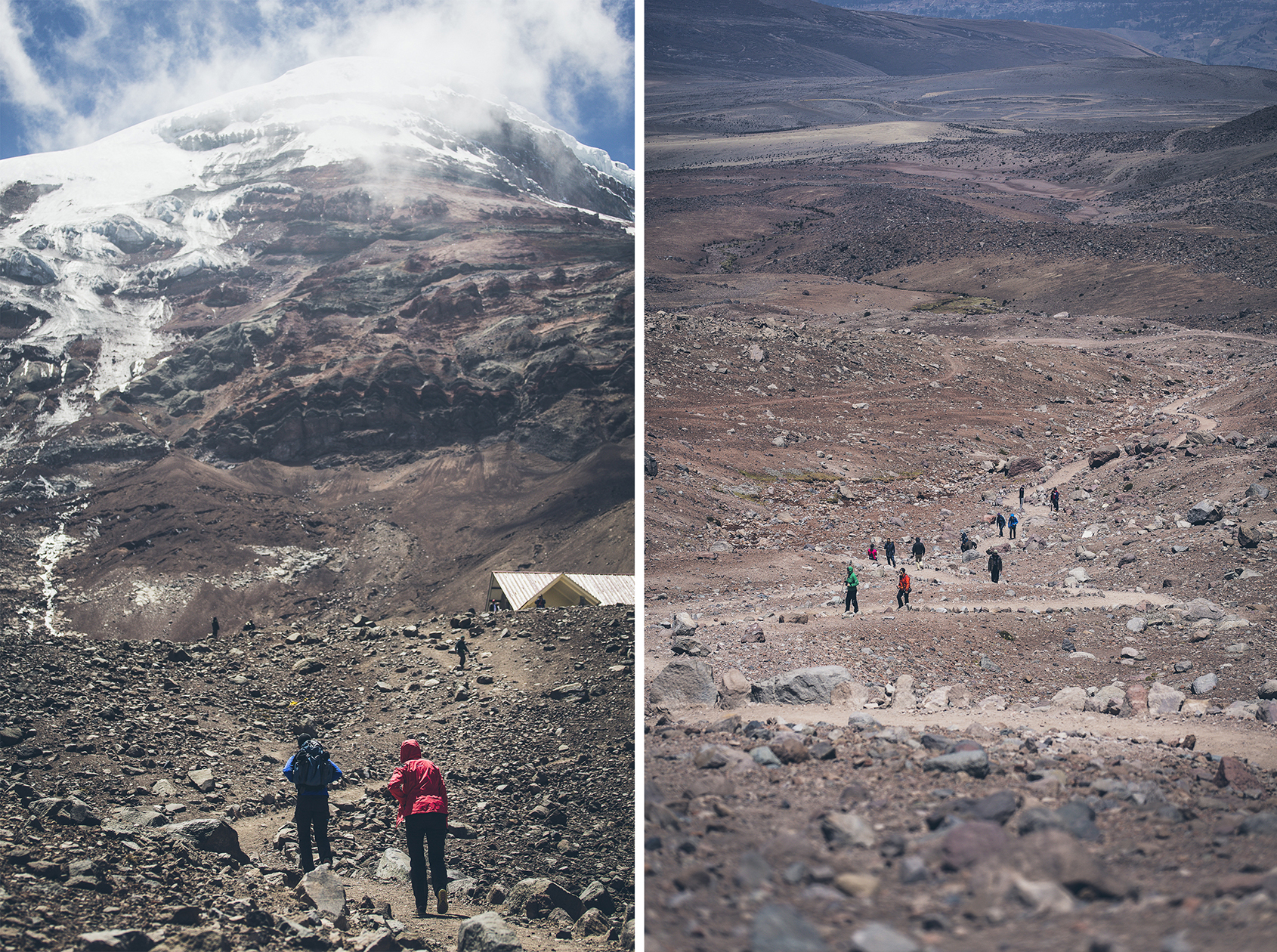 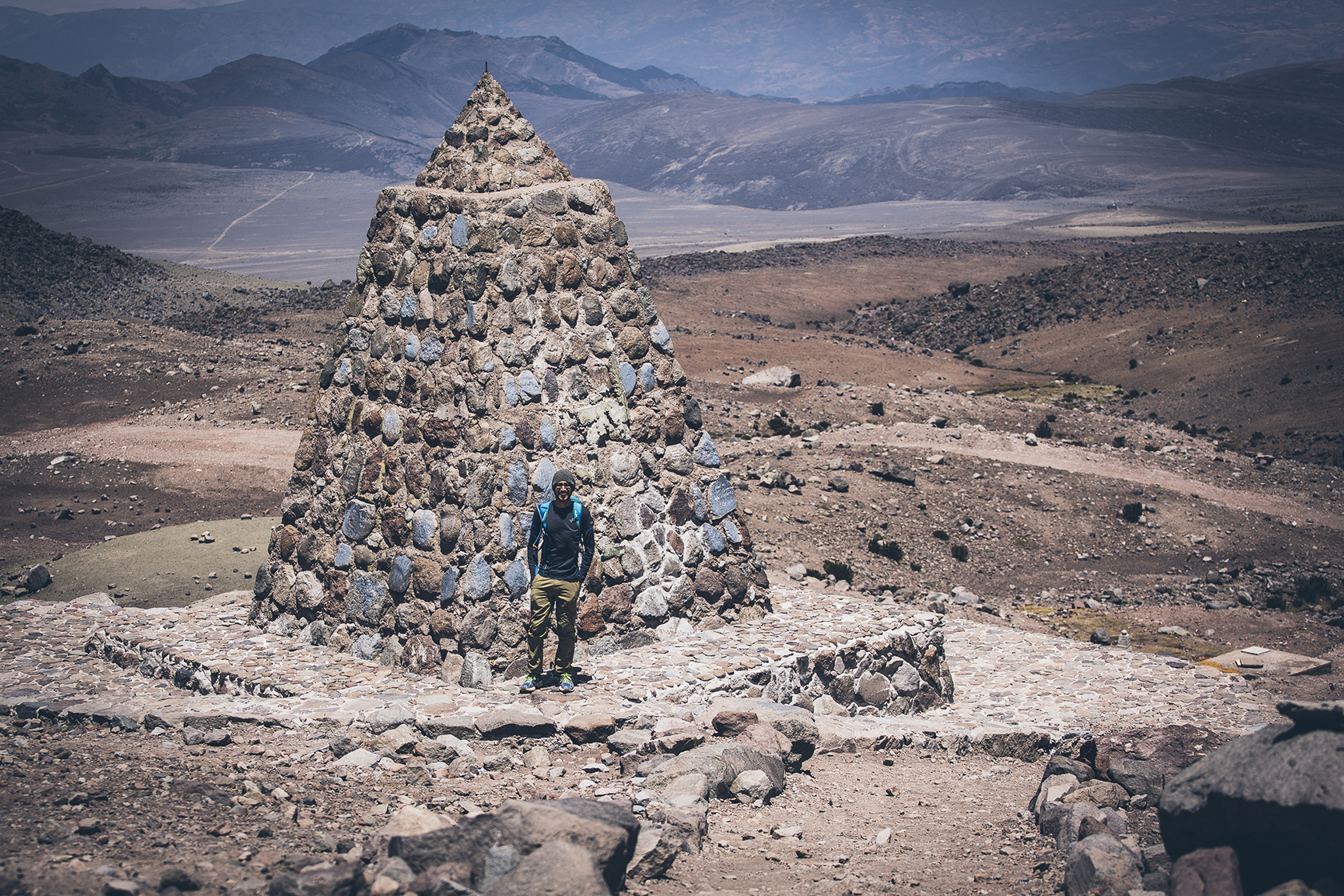 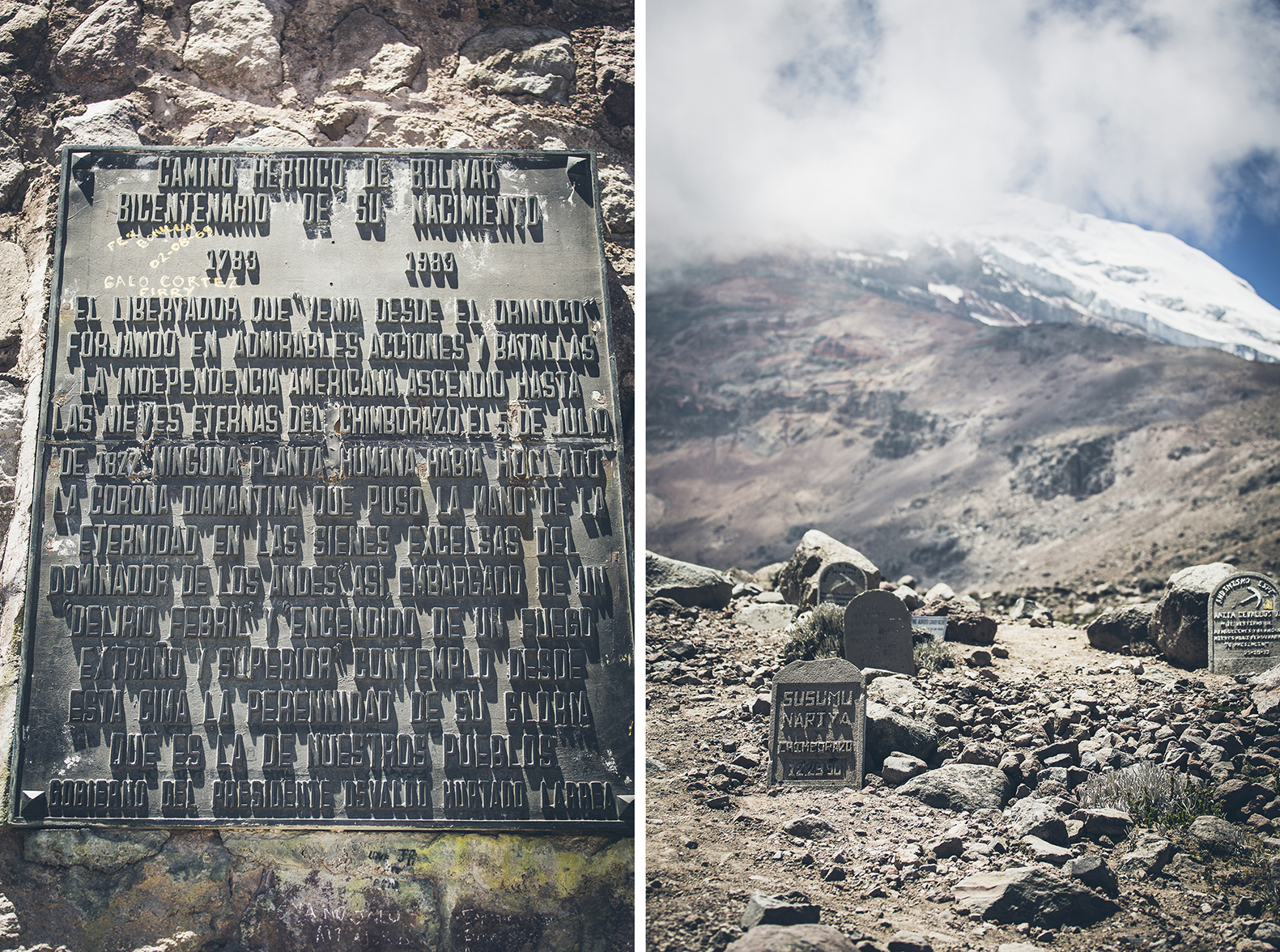 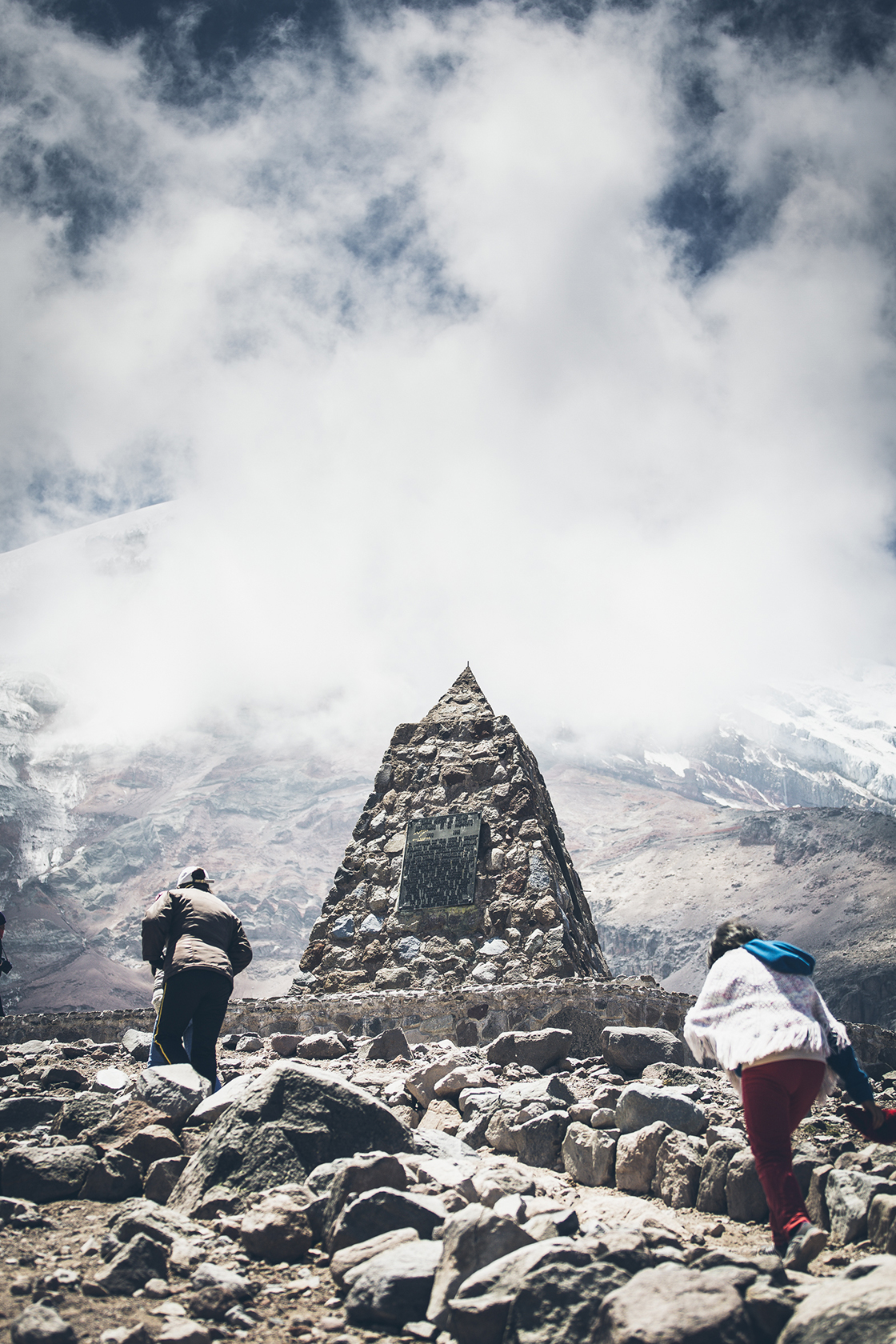 Baby vicuña!  I think at this point he got a little freaked out about Richard chasing him with a camera and ran off. 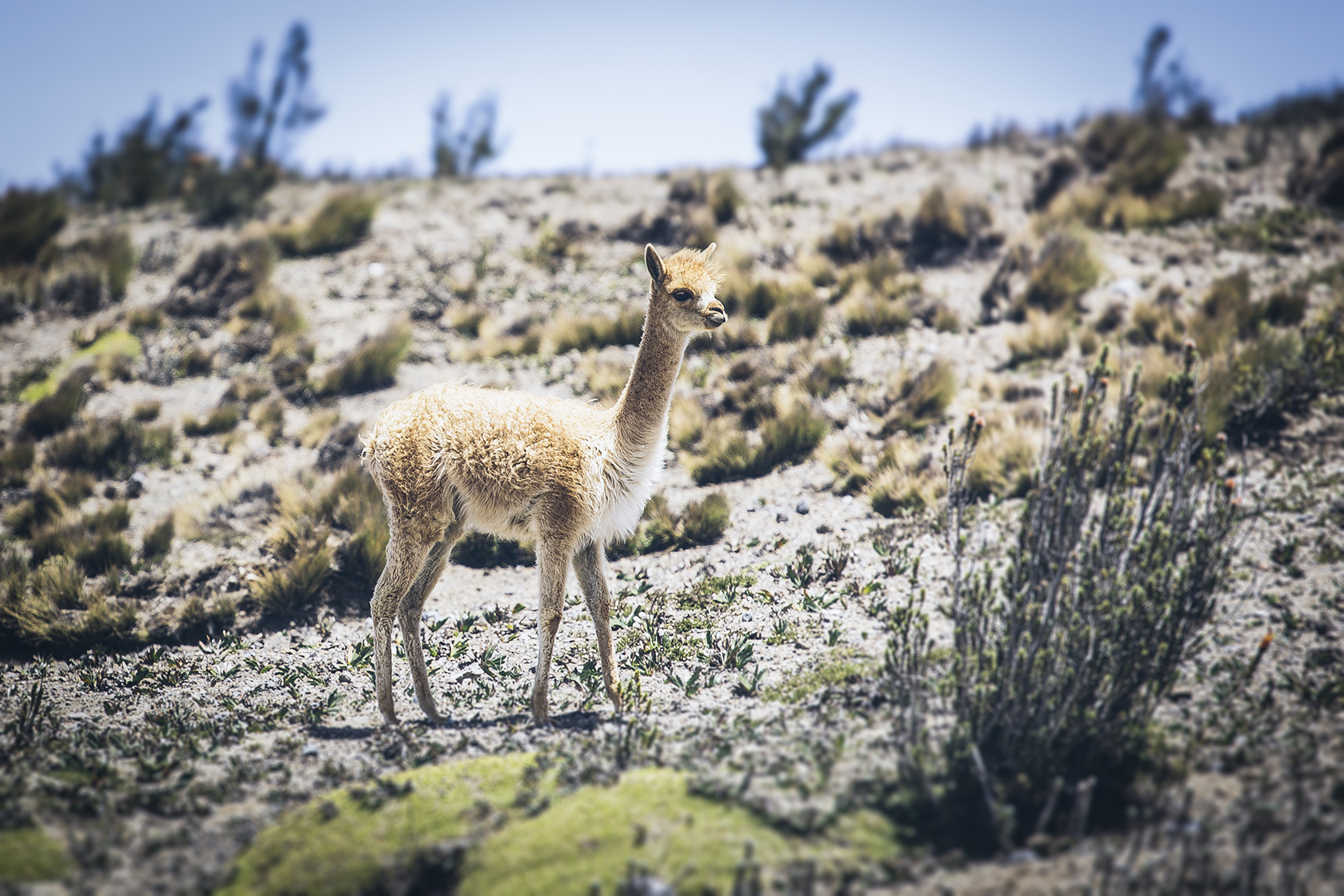 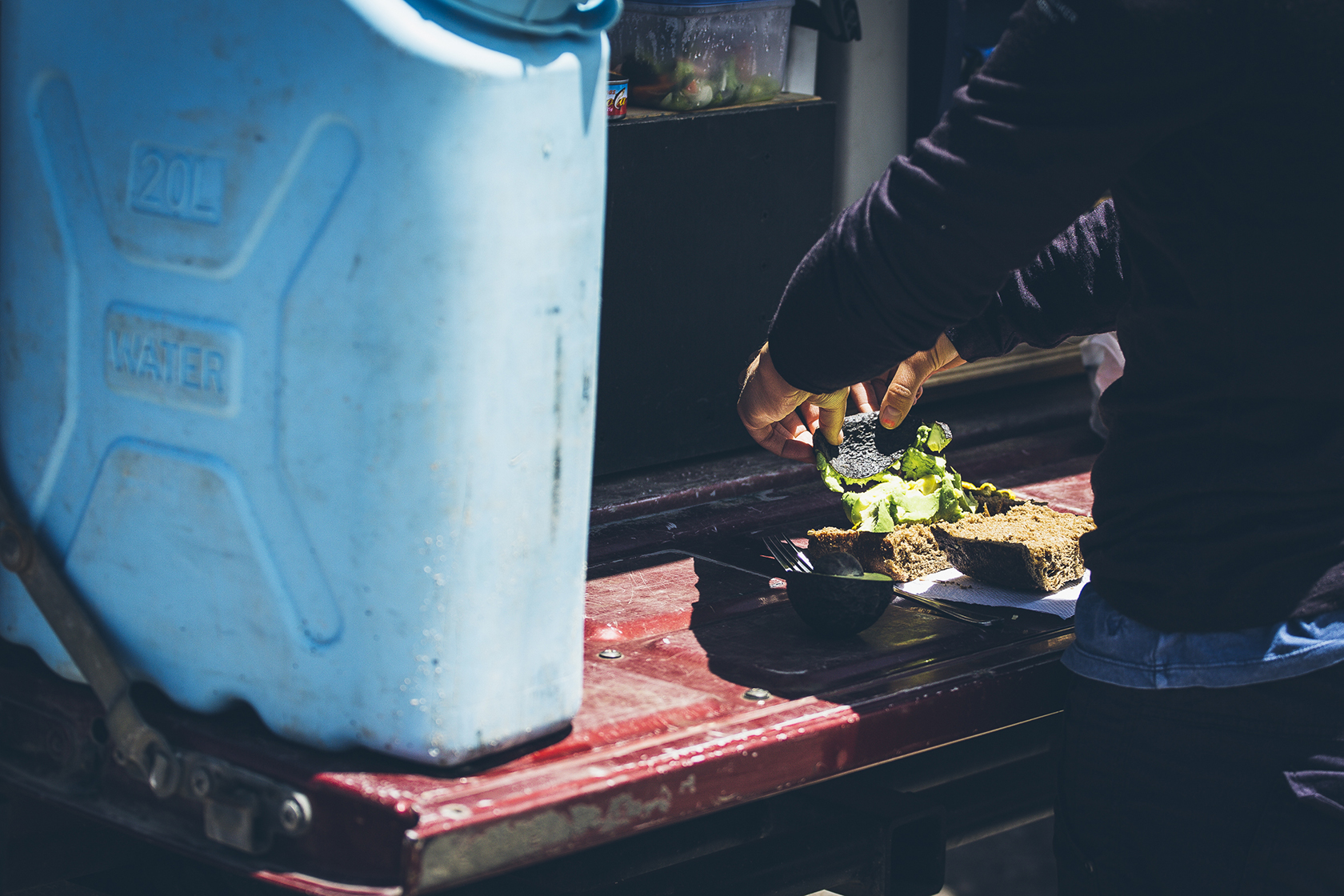