Home sweet home. Kind of. To be honest, our first month home was a bit of a whirlwind.  Within a week we had found a new place to live and bought a truck.  By the second week we had visited all of our immediate family and moved the necessary belongings into our new home.  We were both back to work by the third week home.  By the end of the fourth week we rememebered why we were here in the first place when the first paycheque in 8 months rolled in.

After flying out of San Jose we transfered in Houston.  All of a sudden we could understand everything anybody was saying.  English.  Crazy.

After another 4 hour flight to Vancouver we were picked up by Richard’s Mom and Step-Dad at the airport.  For the first time ever, somebody was there to welcome us back into the country and we were especially grateful.  They walked us outside into smog-free air and into a cab at 1am before we made our way to a nice hotel. A decent mattress??… this was new.  Then we went out for a late snack and talking until almost 4am.  There wasn’t really anything new to talk about since most of our stories and photos end up here on the blog, but it sure was nice not to have to speak without worrying about a Skype delay.

Mom and Barry drove us around for the next few days while we hunted down a place to live and a truck to drive.  In a few days we had wheels, and a couple days later we had a rental confirmed.

It may only be 400 sq ft, but when you’re used to living in a truck it feels huge.  In Vancouver finding an apartment for less than $1000/month is tough, but by spending less we’re saving more.  Our downtown condo is rented out to tenants so most of the mortgage is covered.  Overall we’re spending close to $1000 less than we were before we left.  Score.  The best part is that it’s cozy, we don’t want to live anywhere else, the neighbourhood is quiet, and the weekly farmers market is only 3 blocks away.  There’s a butcher close by, free street parking, and it’s close enough to Ash’s work that she has been riding her bike almost every day.

Is this real life?  Yes.  Back to life, back to reality.  That means working at the office again, but it also means making sure that we’re getting out and enjoying what our city has to offer.

Within a couple of weeks we met up with Kenny and Jenn, from North South East Westy, who we met in San Pedro La Laguna in Guatemala.  They’re back in North America for a few months and just happened to be in Vancouver for a wedding.  We met up for Japanese food at Guu, reminisced about life on the road and got excited about our upcoming journeys. 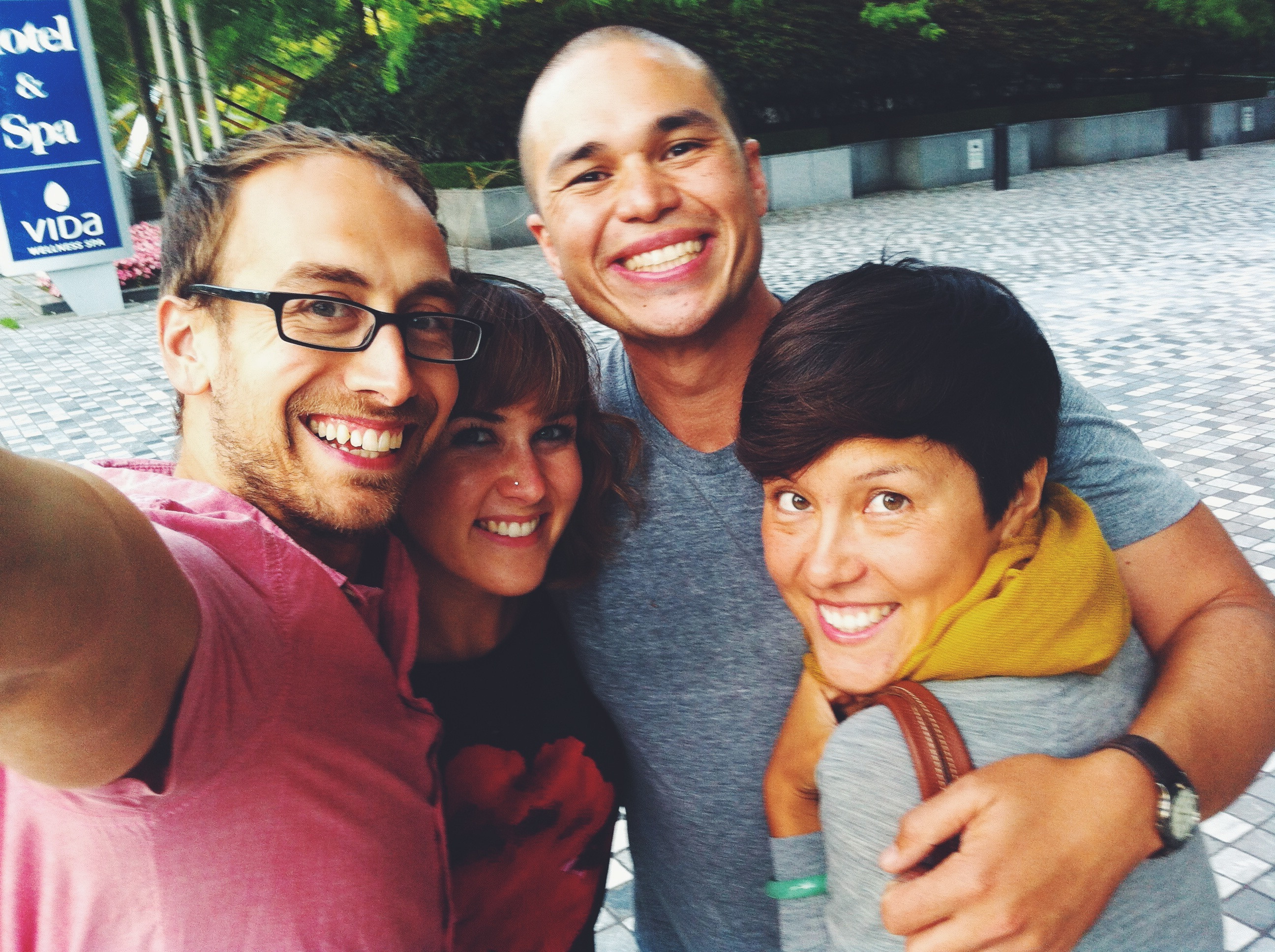 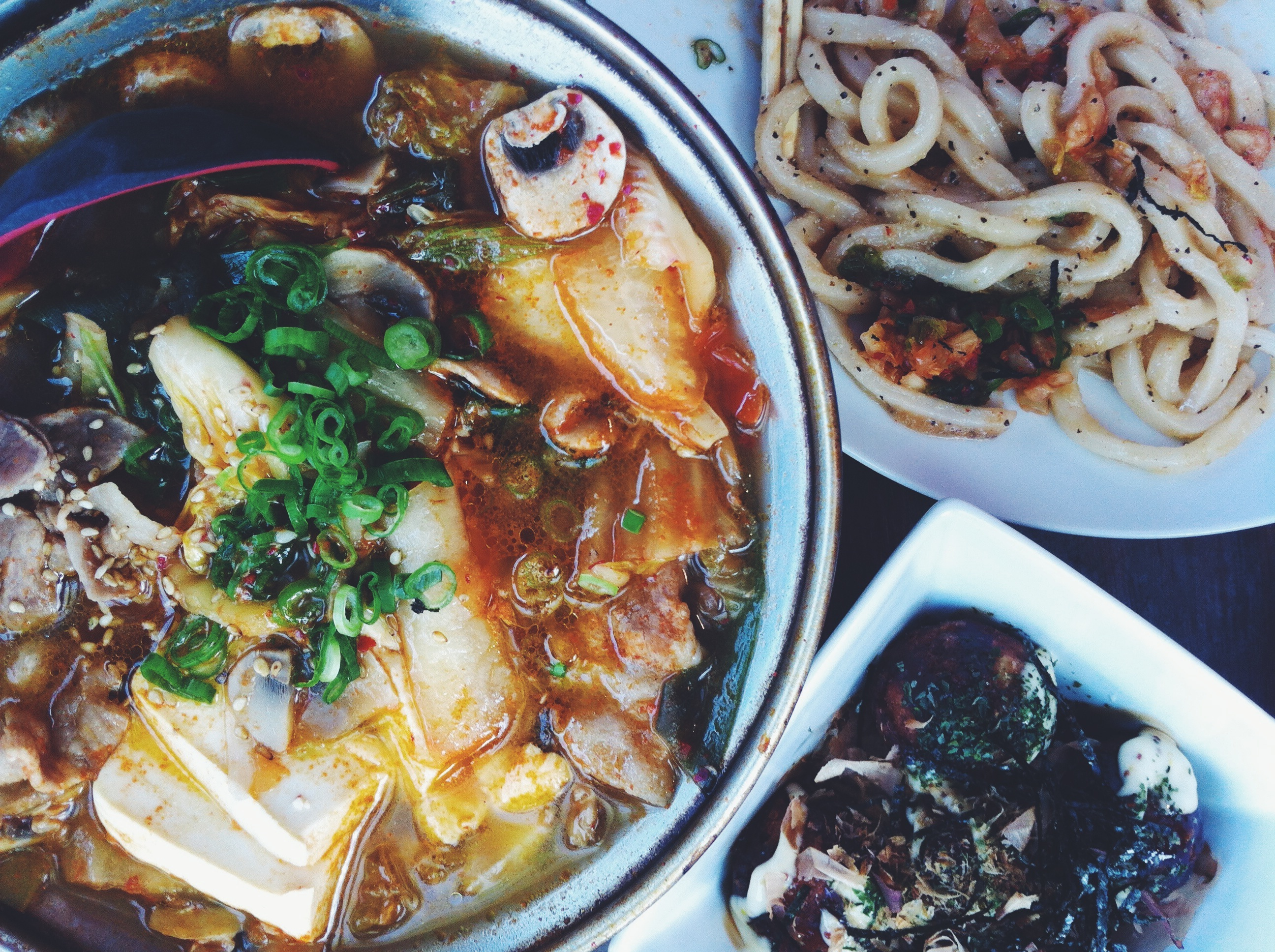 We started to spend time with our new friends Pang and Christoff.  We had only just met these two before our drive south, but hit it off right away.  It’s hard not to get along when they prioritize their life with good food and travel… plus they’re two of the niceset people we know (and we know some nice people).  We hiked the Sendero Diez Vistas trail and then we foraged through their garden while they cooked us some fresh caught BC spot prawns. 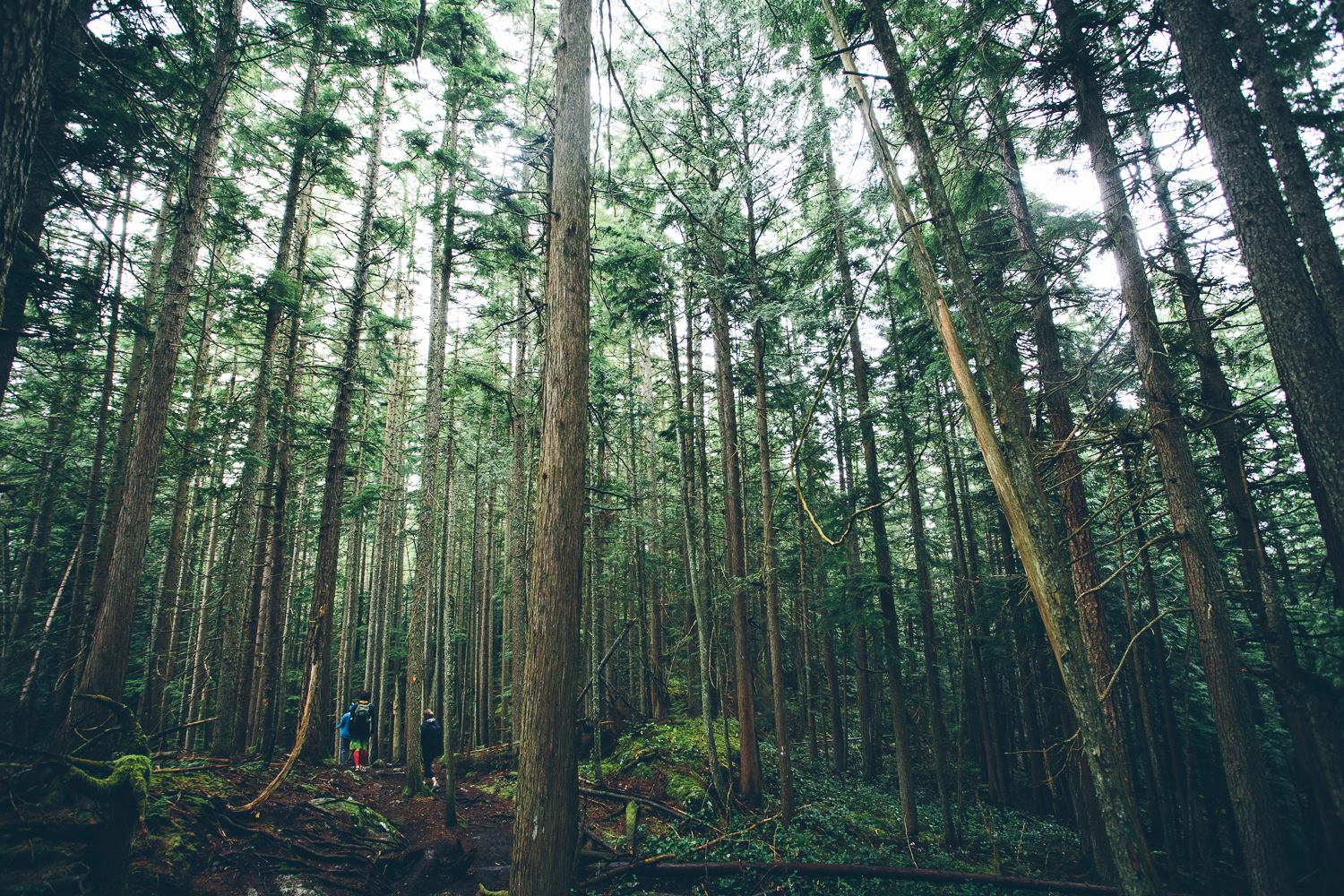 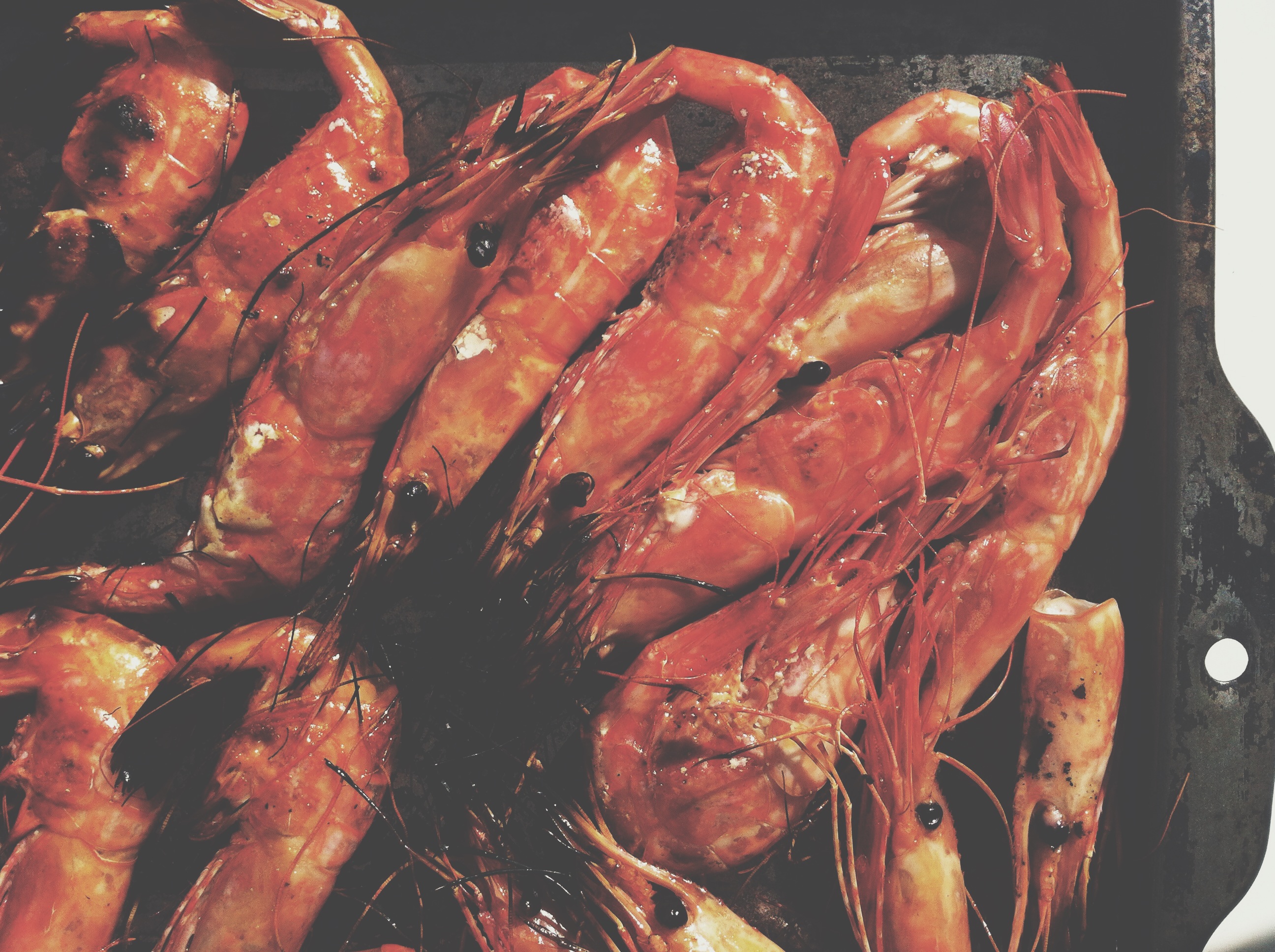 Since we were having such a good time with Pang and Chris we decided to hike The Stawamus Chief in Squamish together.  It’s about 3 hours round trip… straight up and straight down… but has a fantastic view from the top.  We even made friends with a chipmunk. 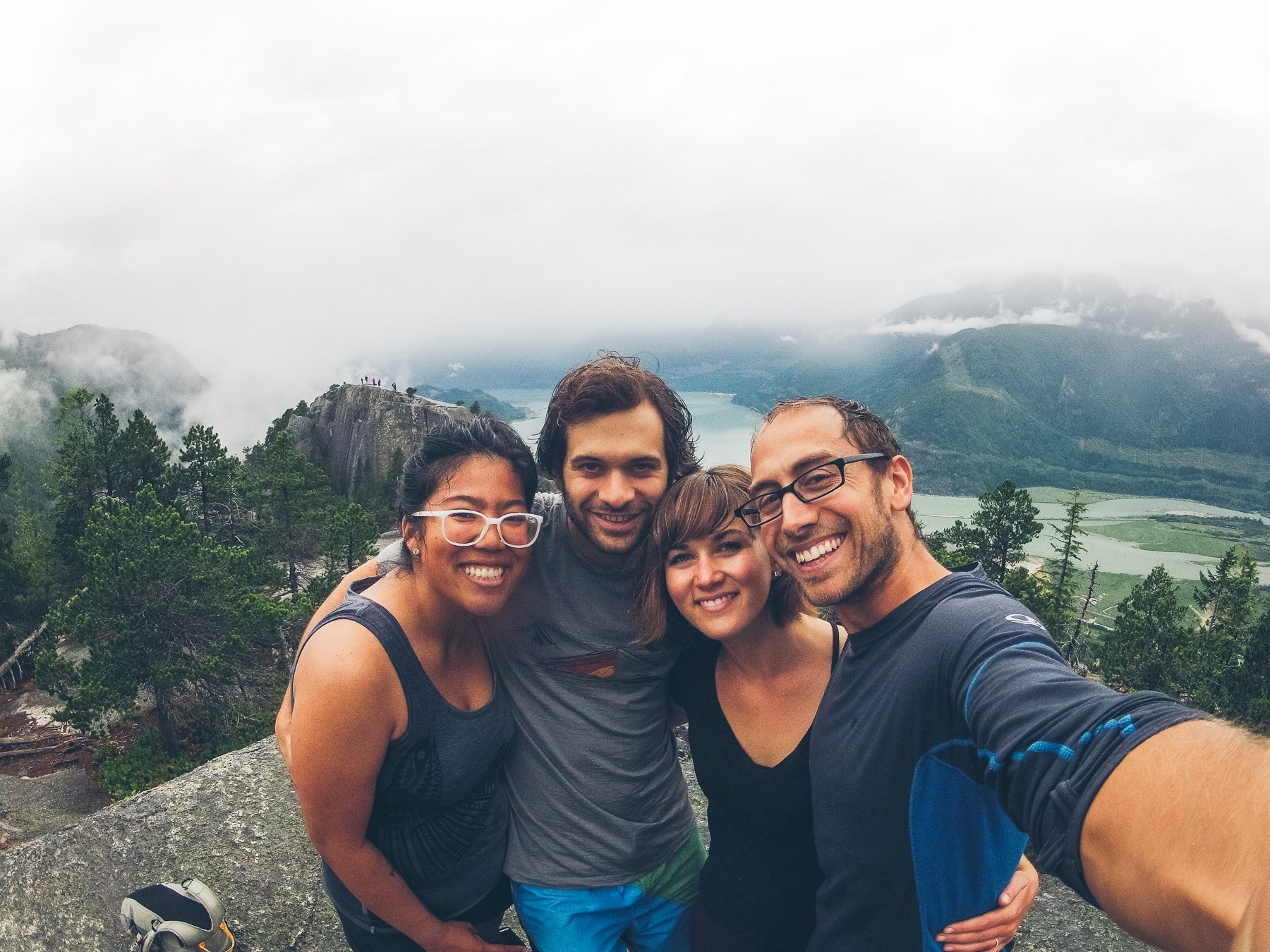 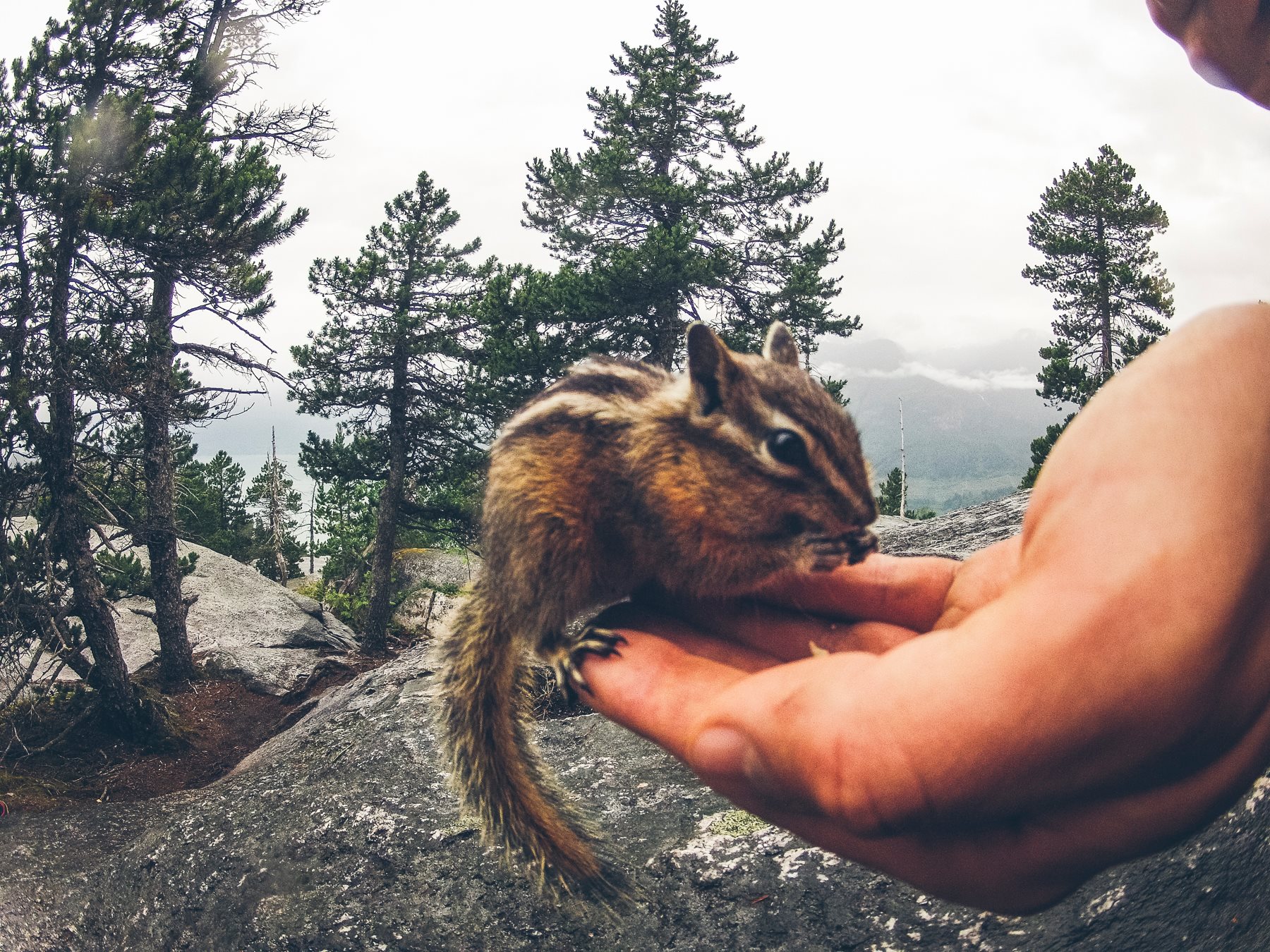 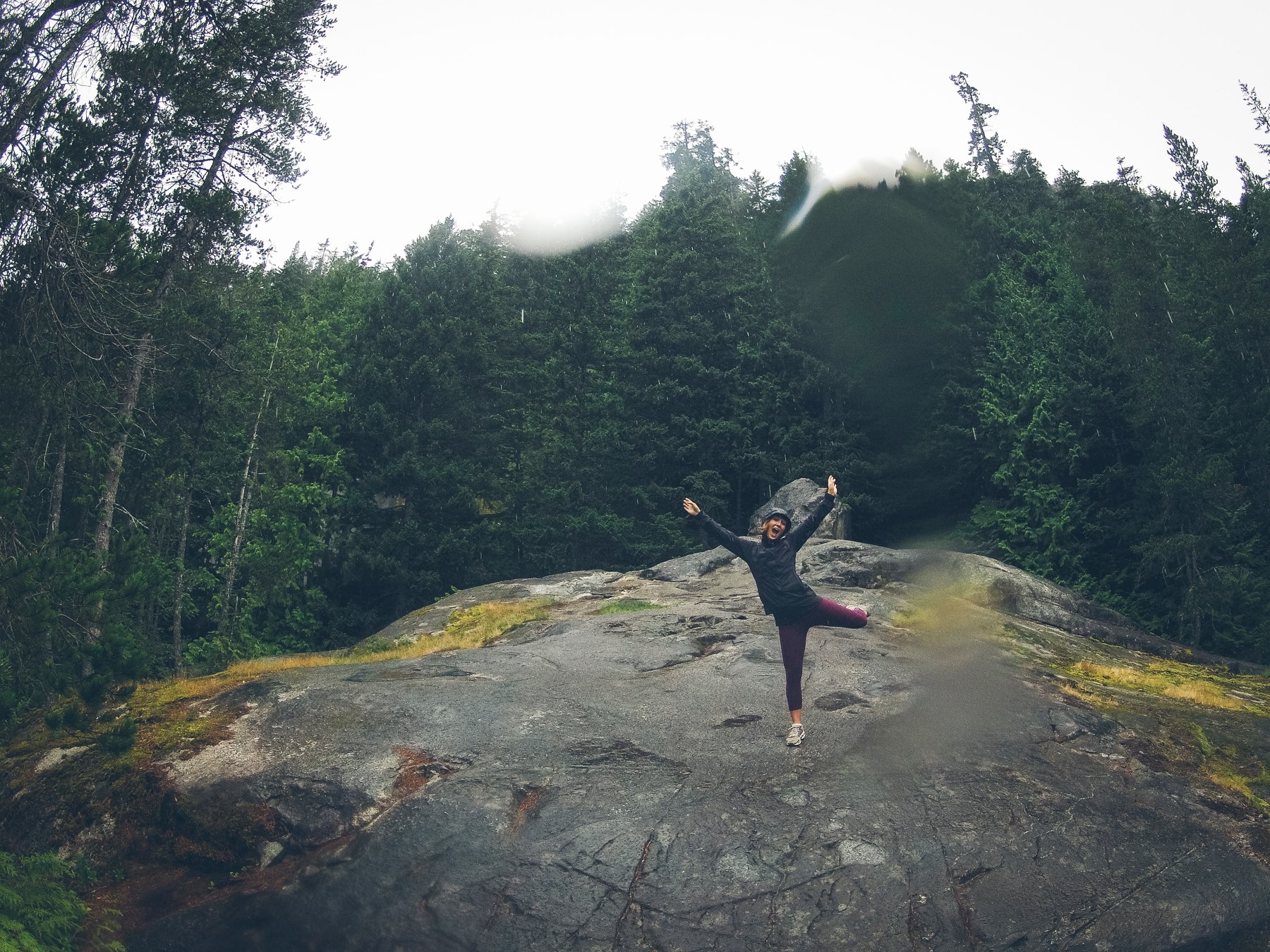 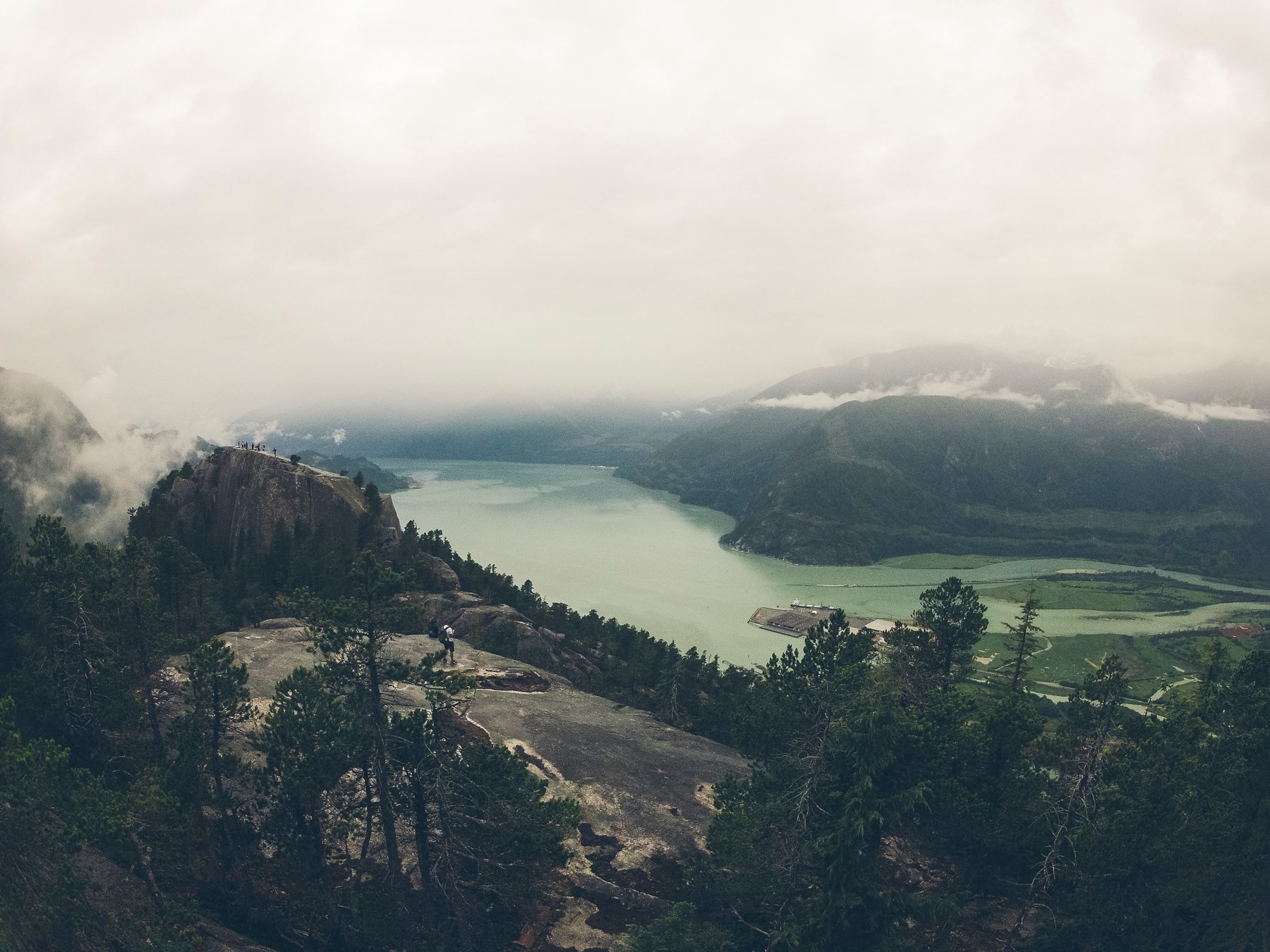 Eventually we made a quick run down to Mt. Baker for some hiking and camping and then to the NW Overland Rally.  After that we made sure to check Joffre Lakes off of our to-do list.  We’ve been talking about this hike for a couple of years and finally made time for it.  It’s not difficult, but it is over three hours away from Vancouver.  Since we’re now used to long driving days this was a cakewalk.

We hiked with our friend Sarah who we originally met in Mexico.  It’s a small world, and was great to catch up since we had both recently stopped travelling.  Come on, look at these mountains and lakes!  Ridiculous.  It’s a great way to welcome us home and show us that there’s plenty to explore wherever we are! 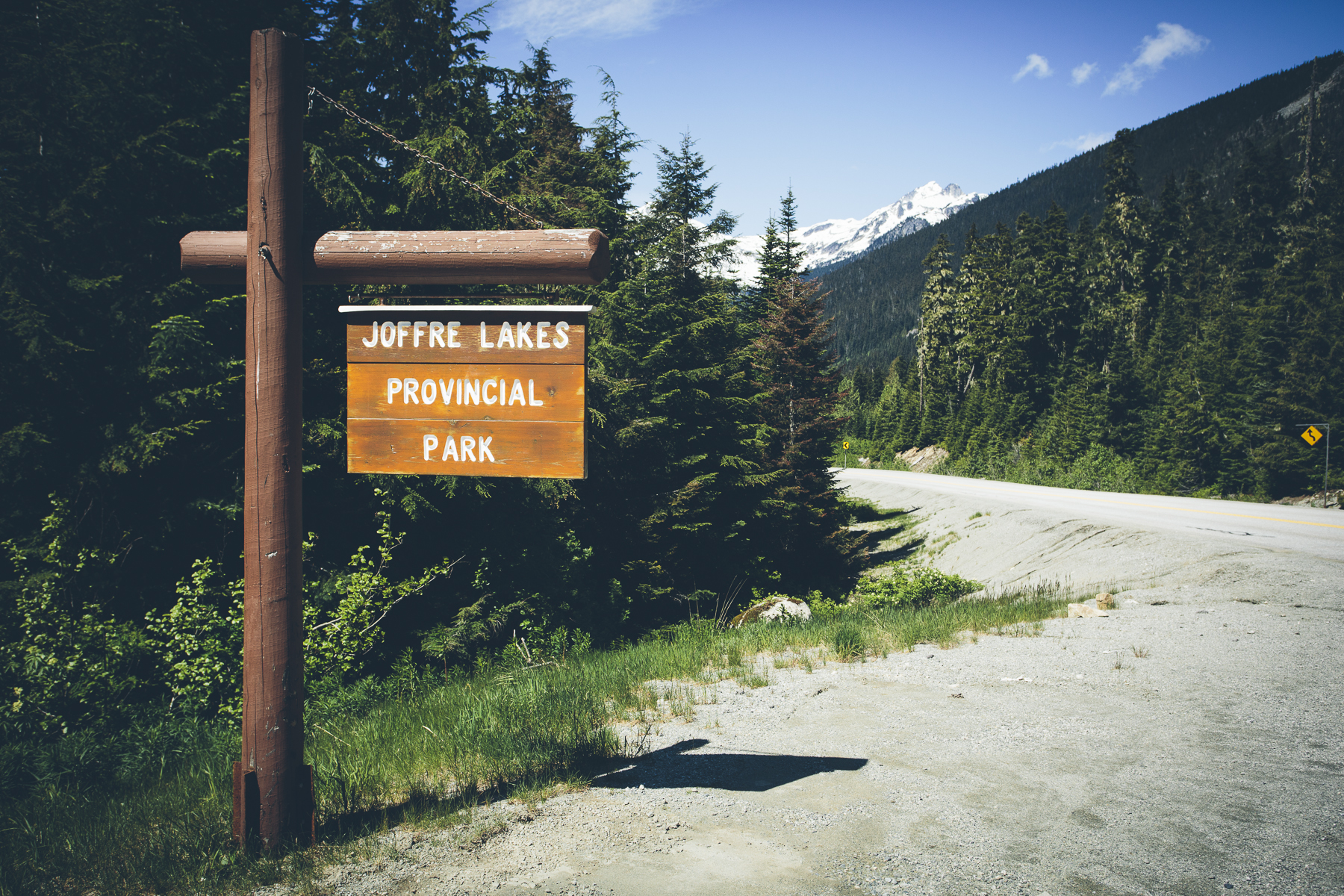 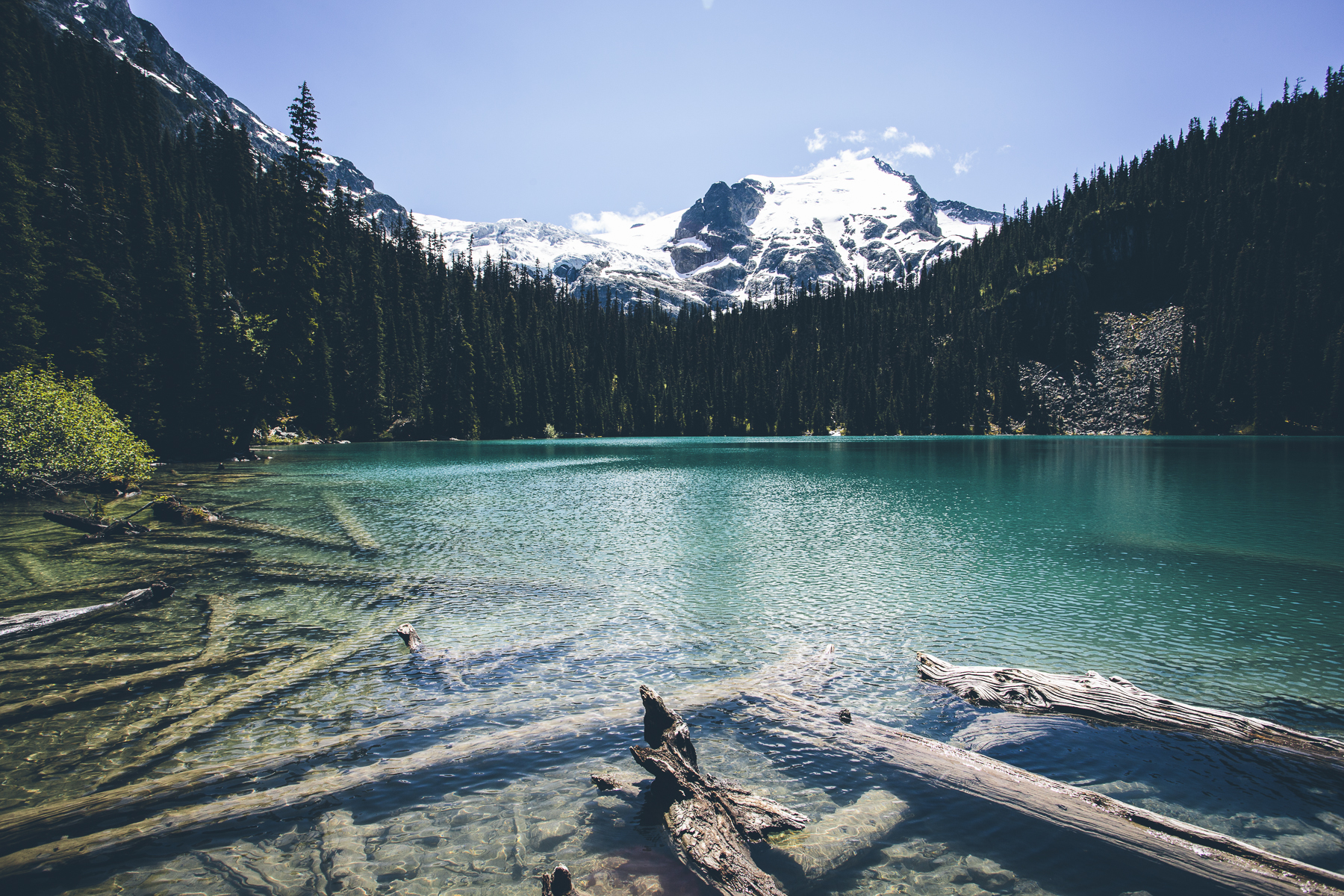 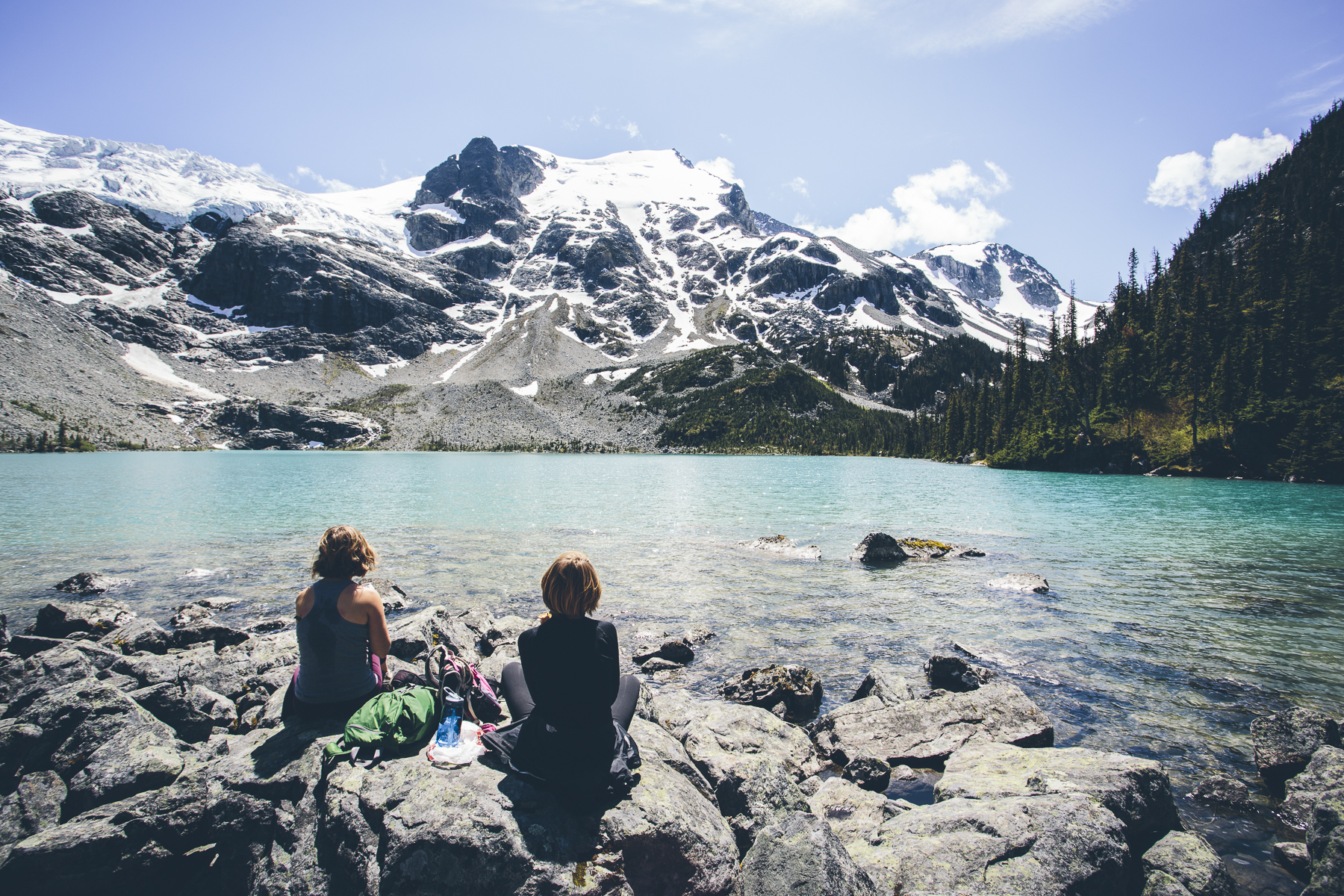 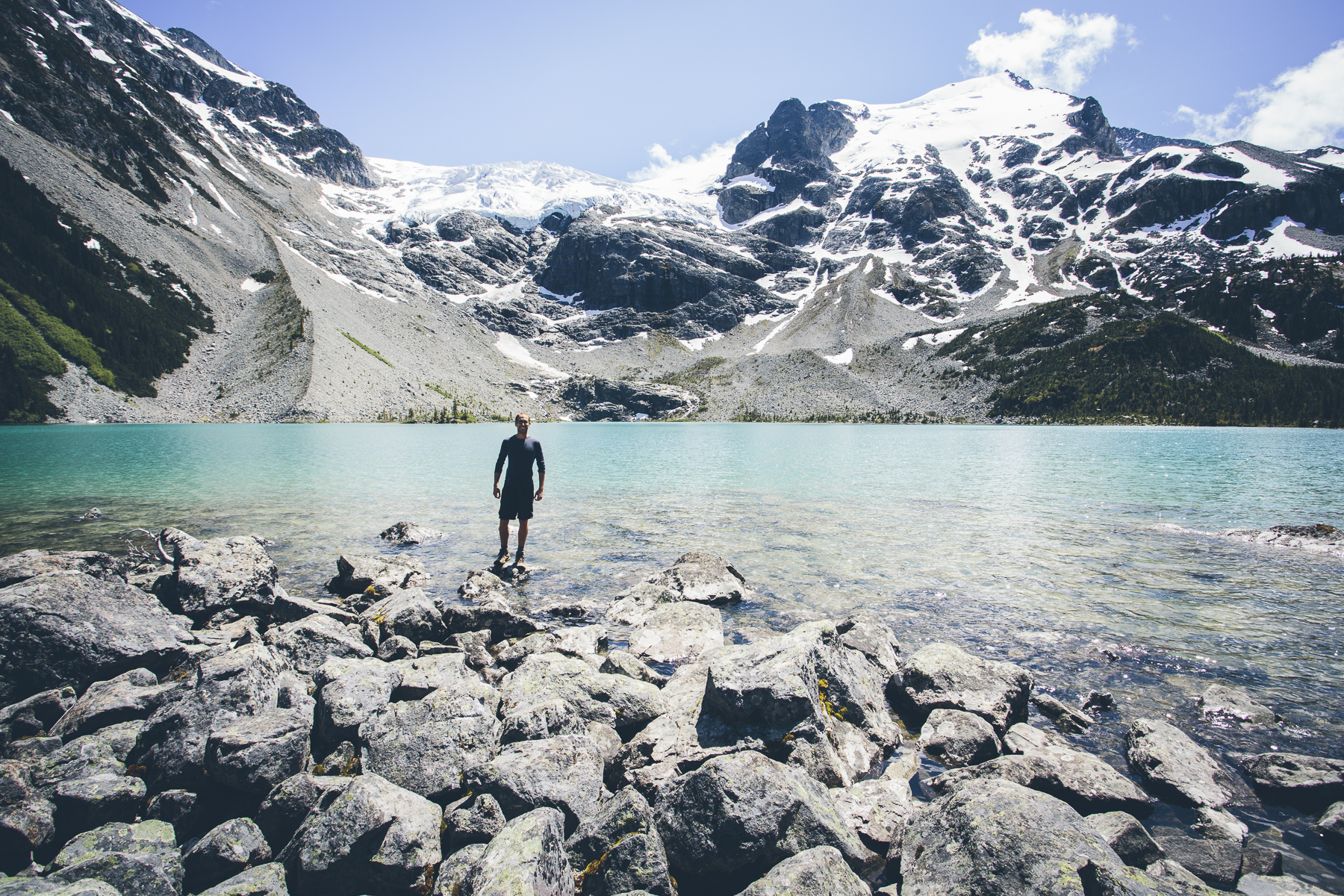 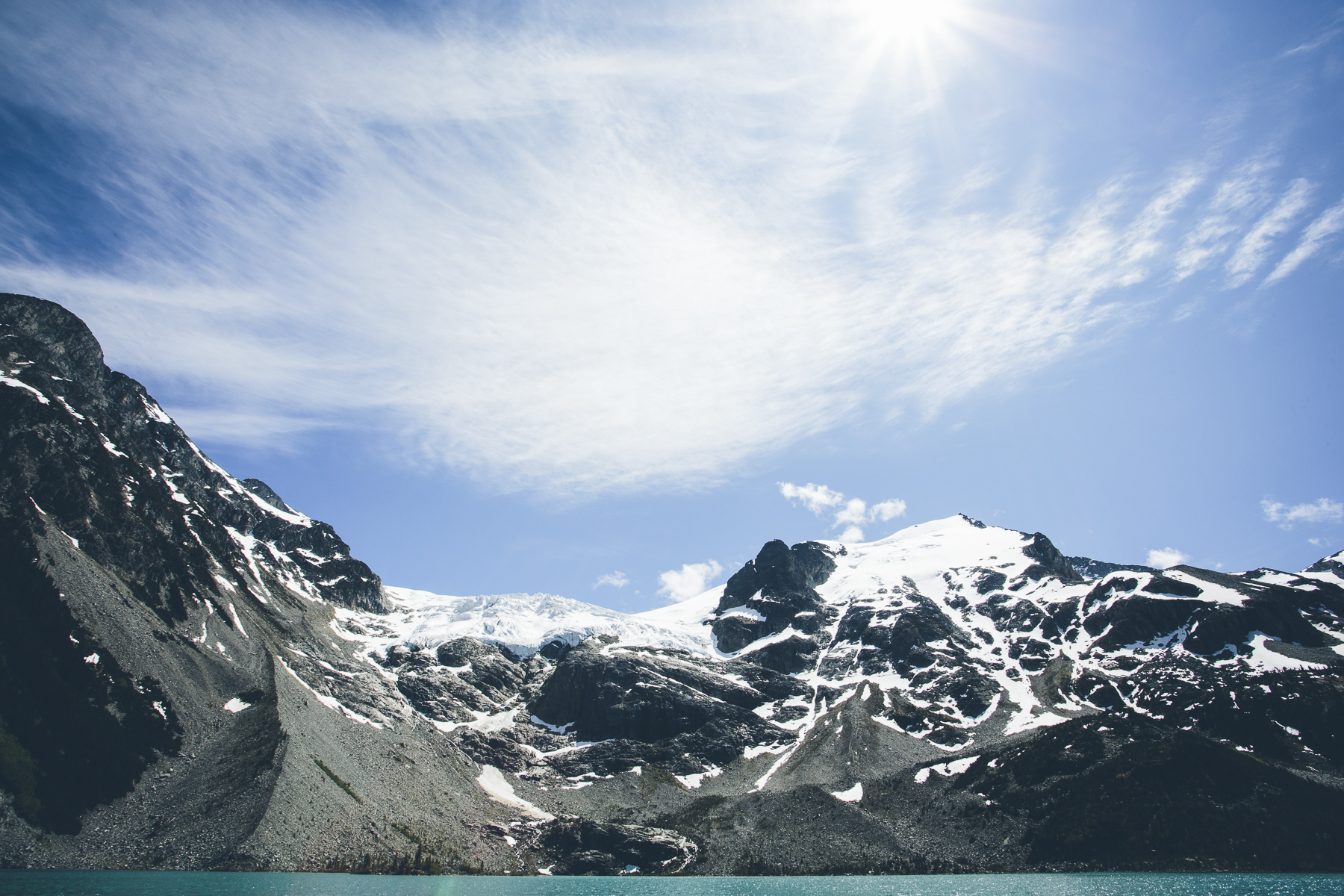 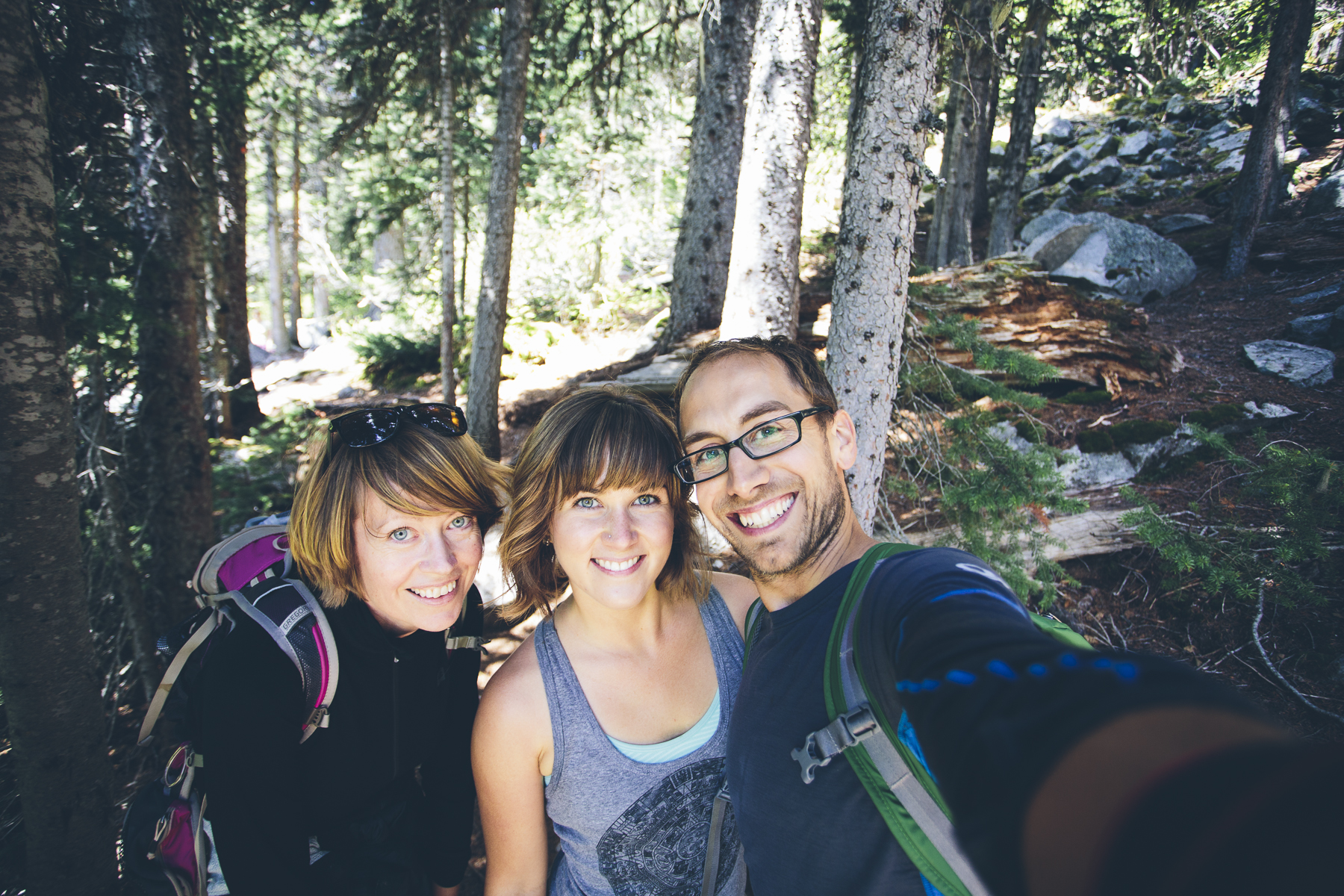 Before leaving Pemberton we made a quick stop at the North Arm Farm. 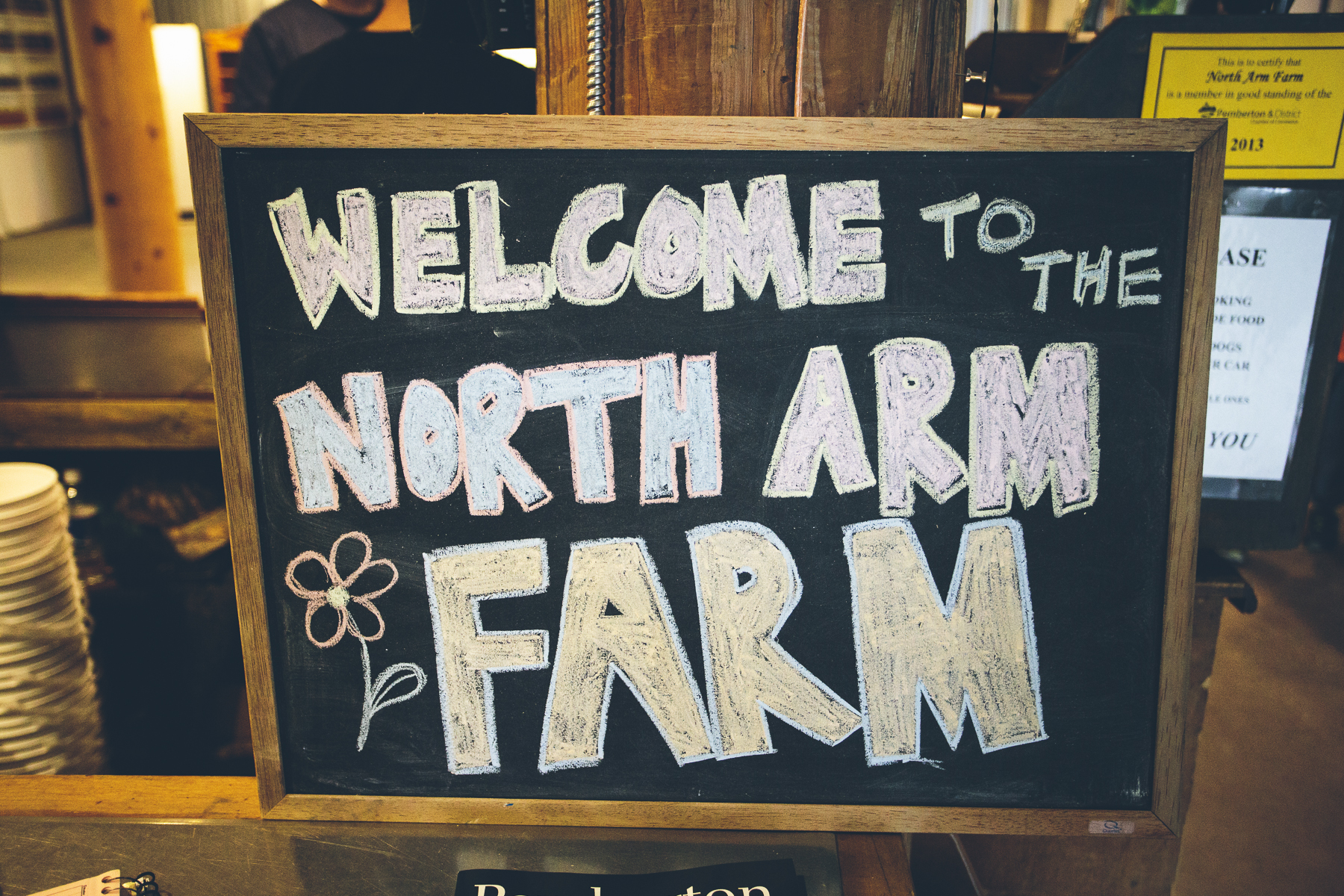 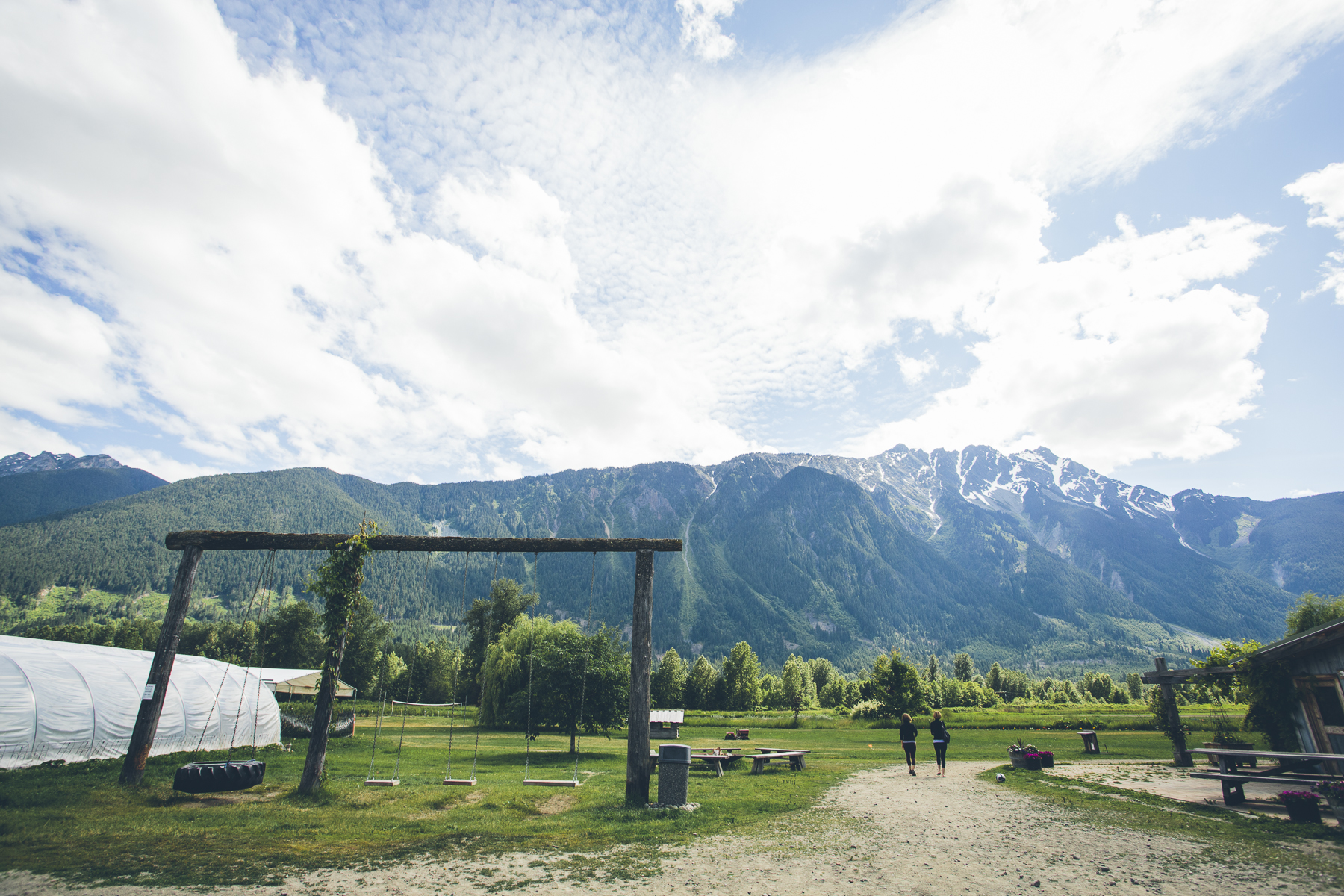 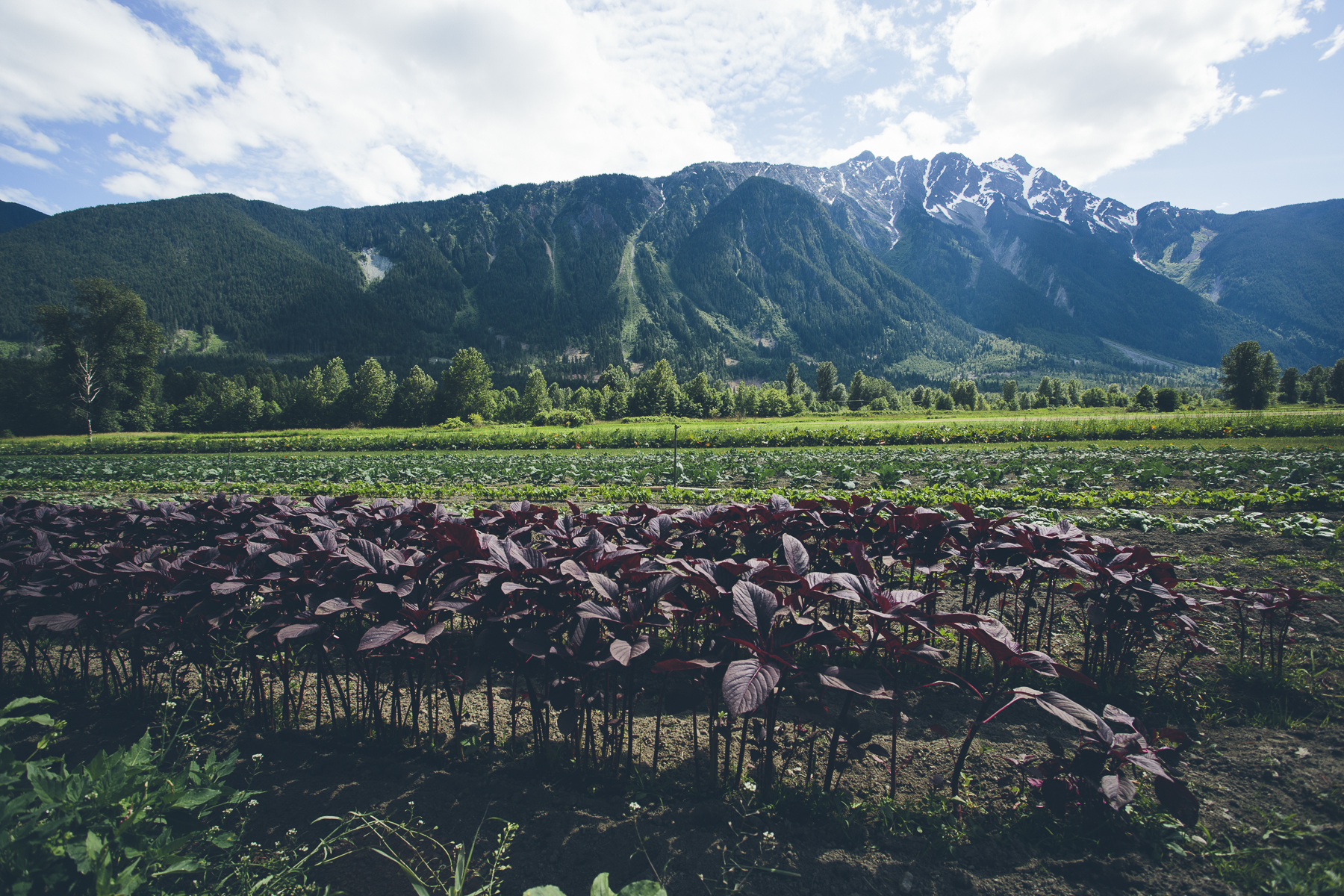 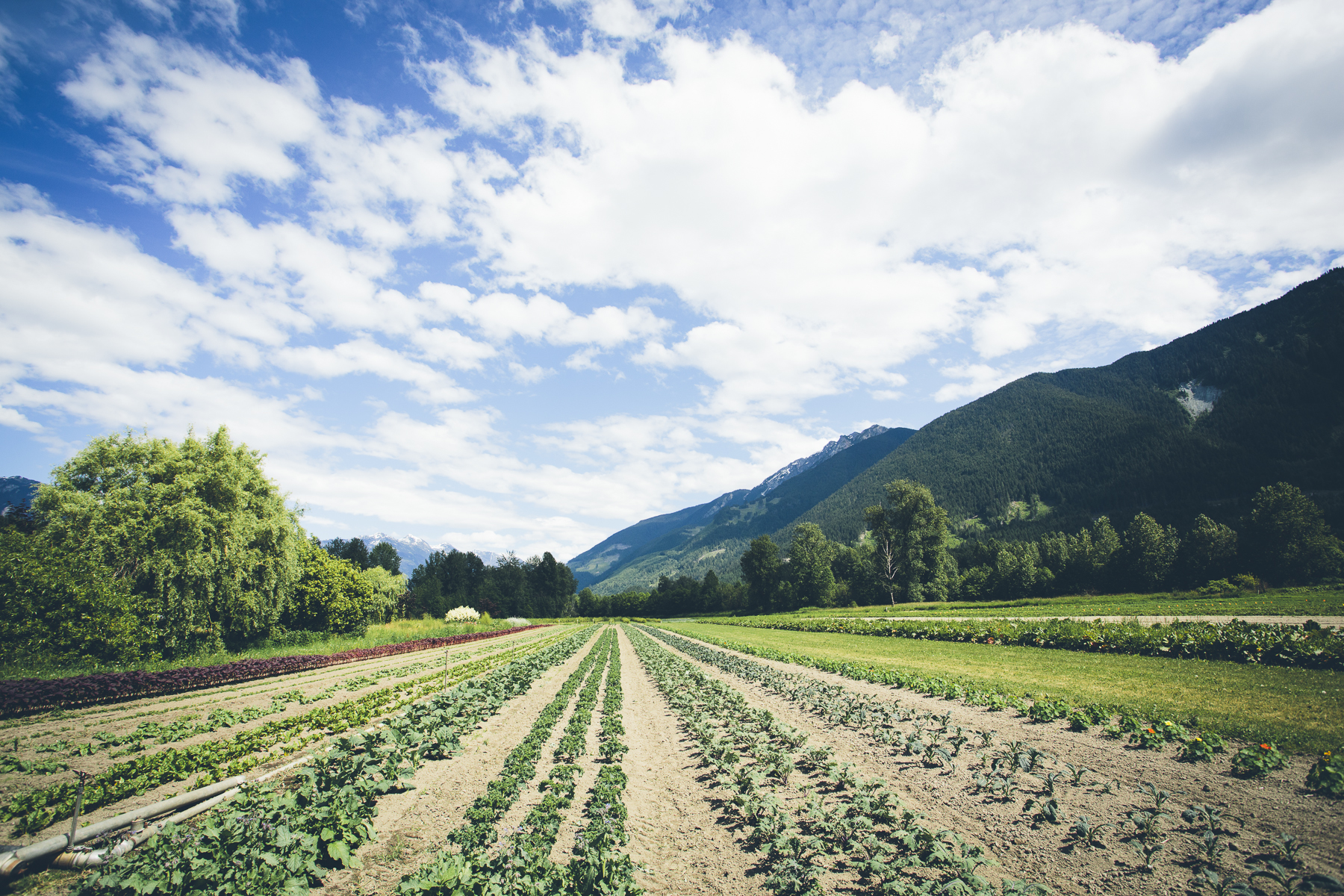 So there we go.  After just over a month we’ve spent time with good friends, ate good food, and spent as much time as possible outdoors.  Having paycheques come in for the first time in months sure feels good, but we still long to hit the open road.  There have been times when we’re driving along the highway, listening to music, holding hands (because we’re cute like that… sometimes), and reminisce about our road trip.  These are the moments when it feels like we could just keep on driving, and we really really wish we could.  We’d love to pack up and leave right now, but our bank account has other ideas.  For now, we’ll continue to enjoy exploring our own backyard, the hot showers, laundry, tap water, a proper mattress, and we’ll spend time with good friends that are only a phone call away. Home sweet home.