From the Colombian coast our plan was to head south, and then east to El Cocuy National Park.  We needed to get some kilometres under our belts for no other reason but hitting the open road.  We had felt trapped by the shipping process and we were finally free in South America.  Little did we know that these first few days were a preview of the long driving days to come in Colombia.

Our first stop was the Chicamocha Canyon, about a two-day drive (8+ hours each day) from the coast.  We spent a night in an air-conditioned hotel in Curimani, which was approximately halfway to the canyon.  We found some decent street food a few blocks north of our hotel (chorizo and arepa on a lovely wood platter) complete with pumping music from the nearby bars.  We rose early the next morning and continued on our way. 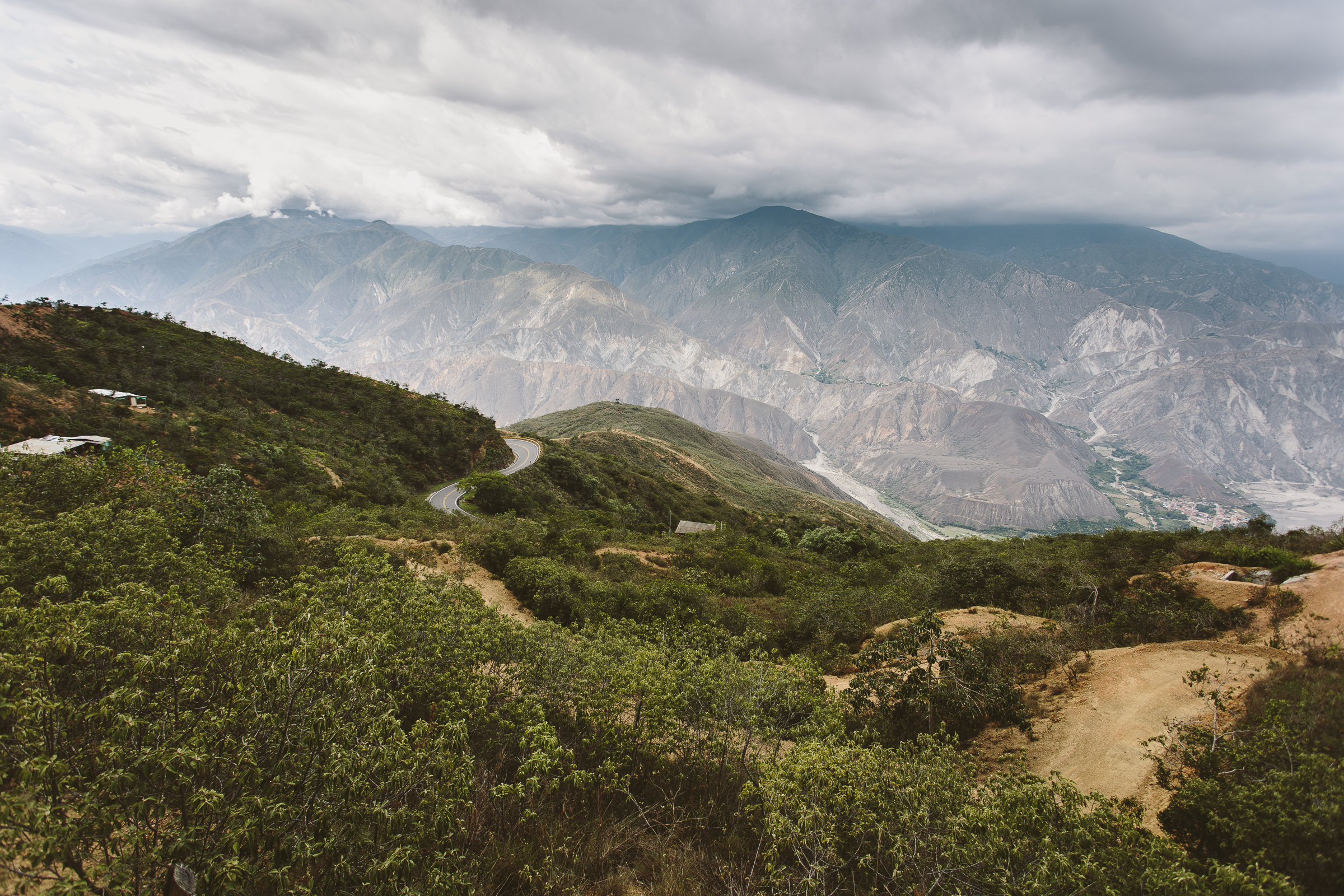 Wikipedia tells us that the Chicamocha Canyon is over 2,000 m deep, apparently deeper than the Grand Canyon in Arizona.  The canyon was created by water erosion from the Chicamocha River 46 million years ago. There is now a nicely paved road that snakes through the canyon and beside the river, with massive cliffs on either side.  We twisted and turned and climbed to what felt like the top of the canyon, and set up camp for the night at Cabanas Campestres.  This was a great spot to watch parasailers with brightly coloured parachutes float overhead in the morning, along with epic views of the canyon below. We spent a couple of days here cleaning out the truck, installing some new flood lights front and rear, and walking around with the local dogs. 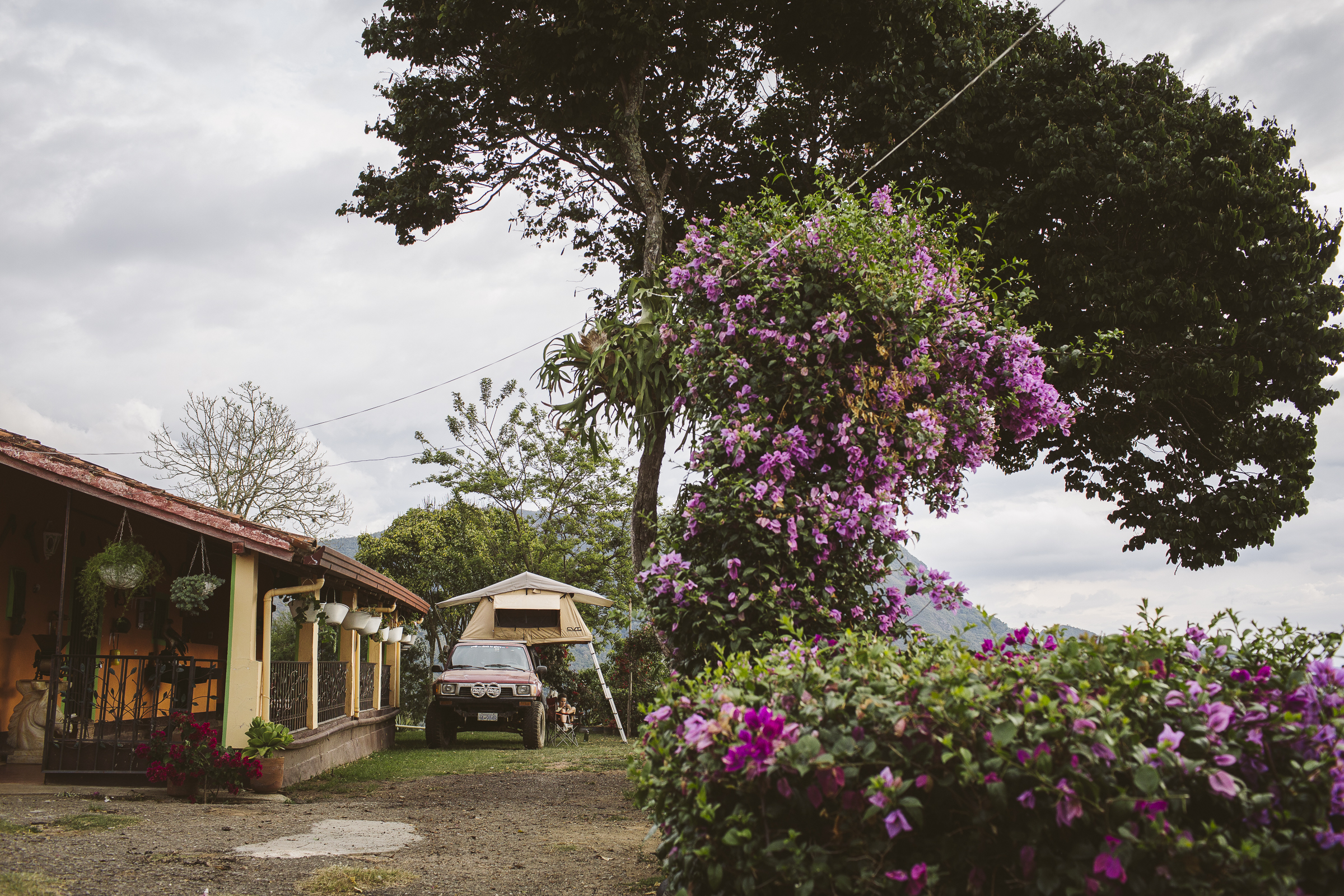 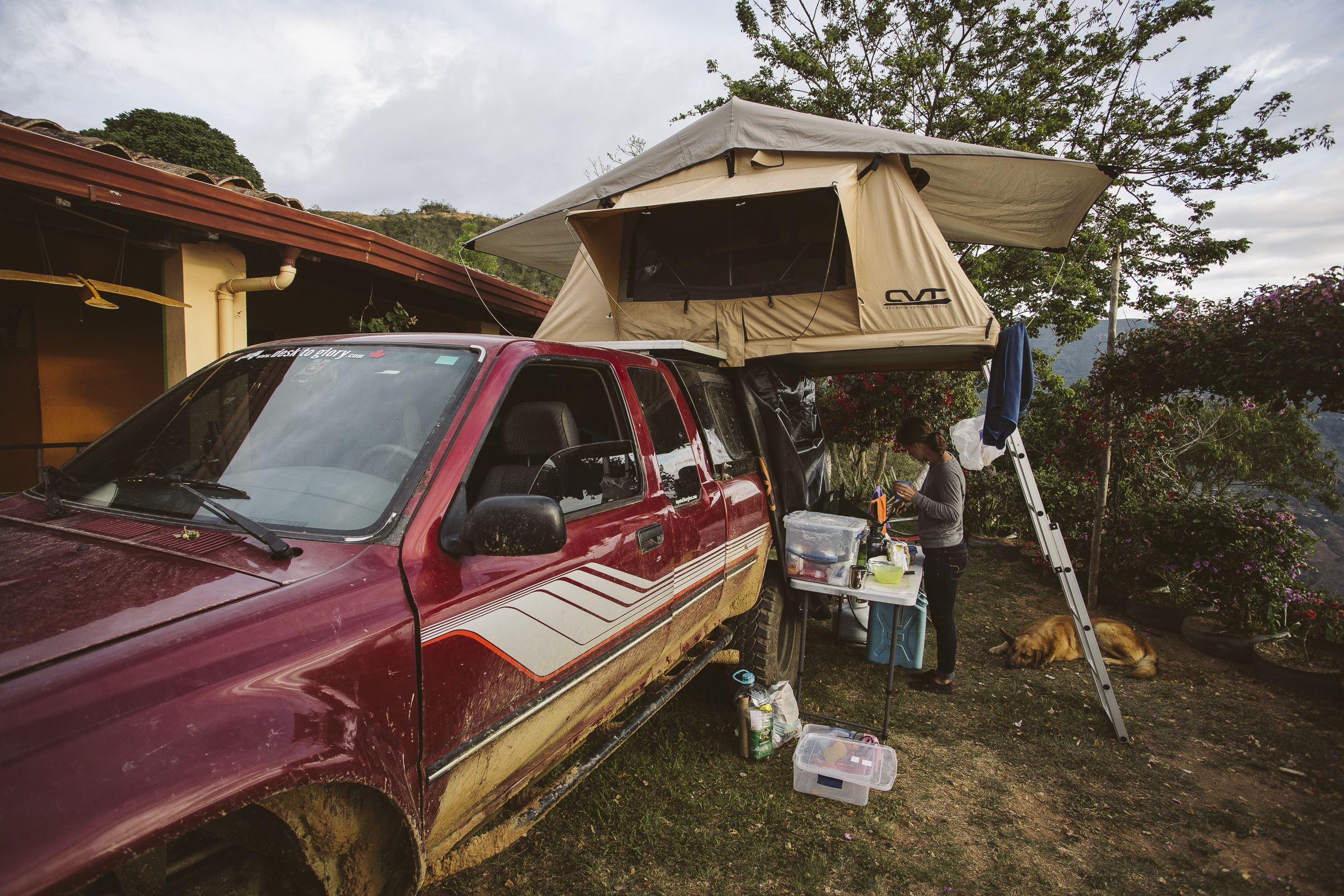 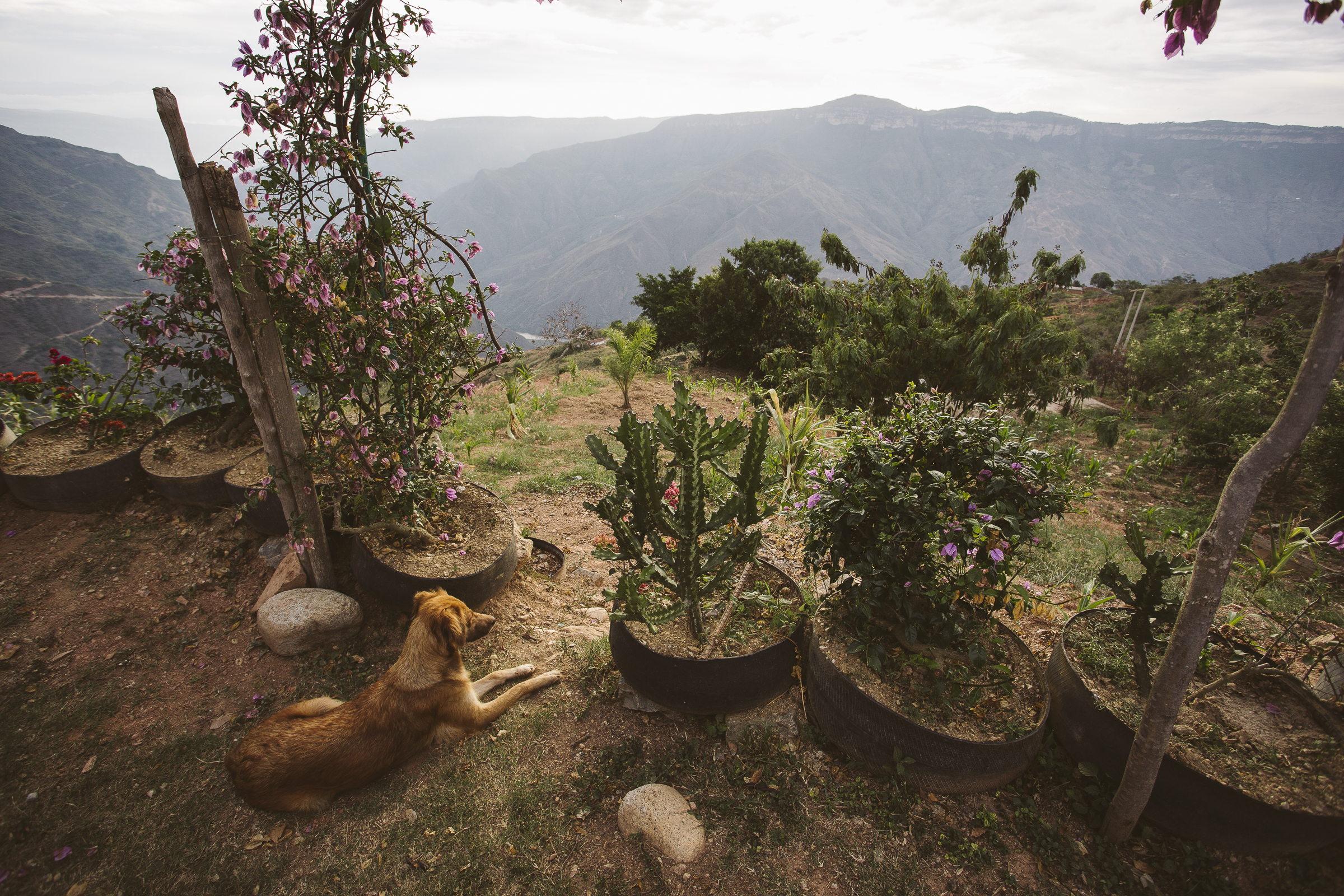 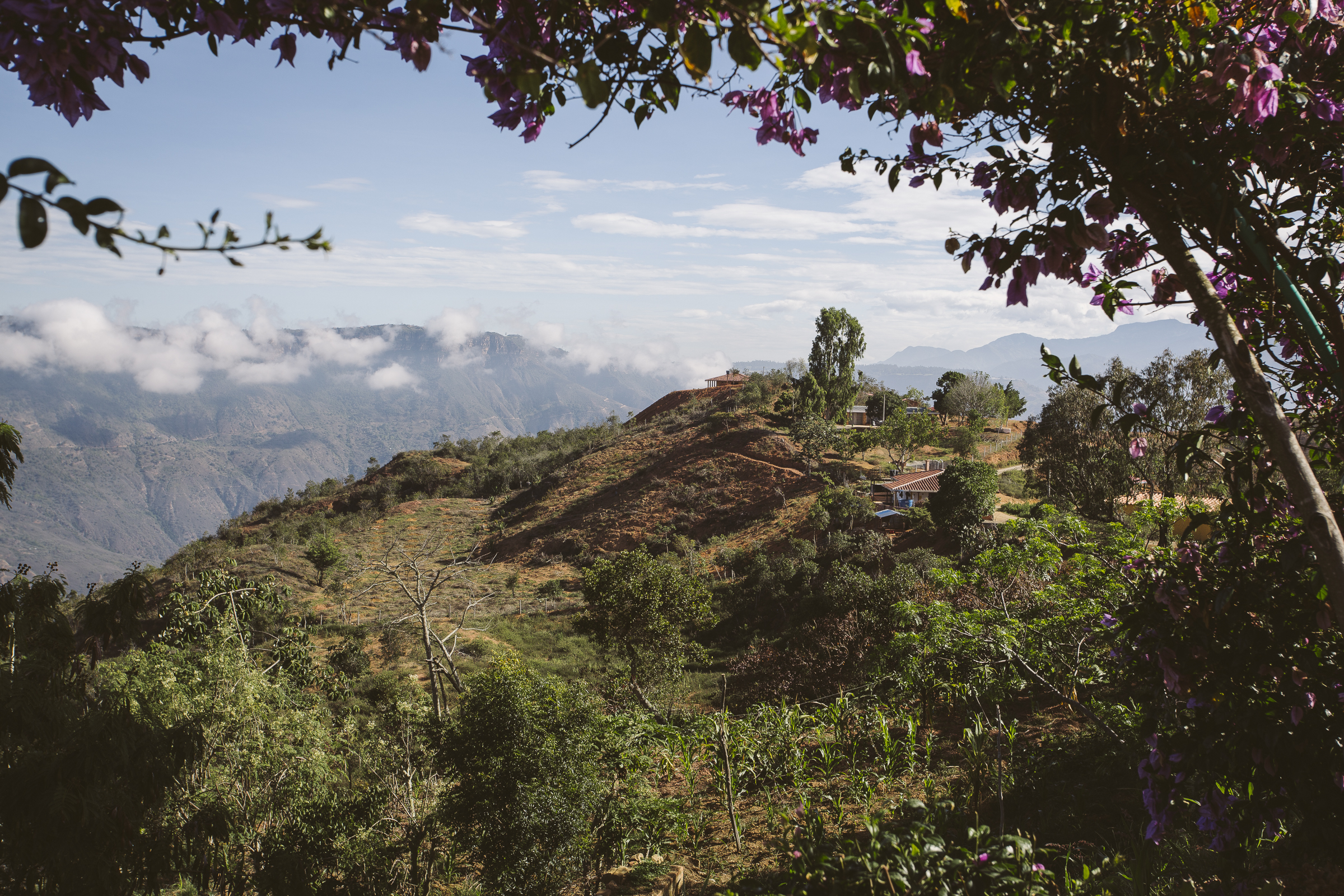 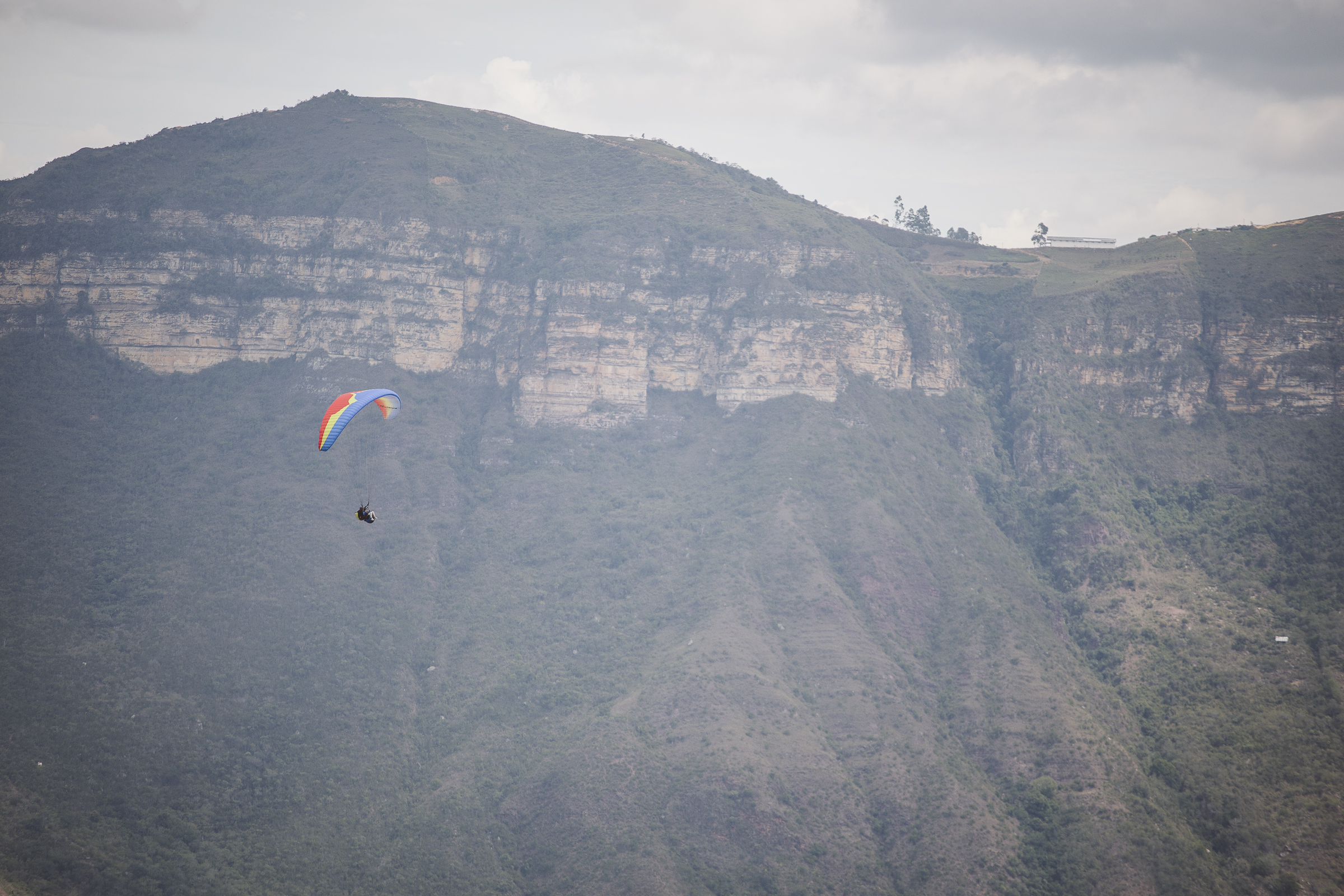 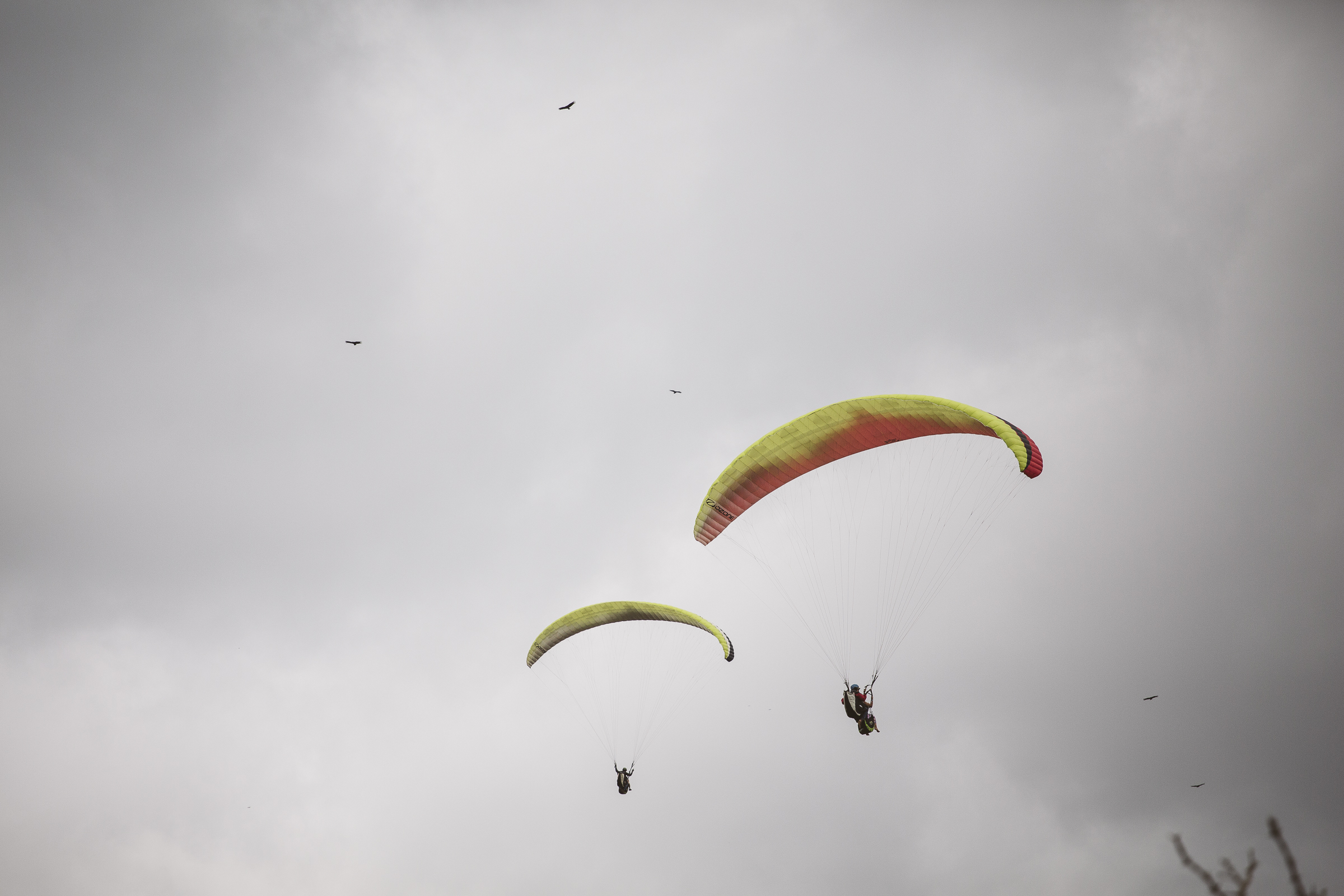 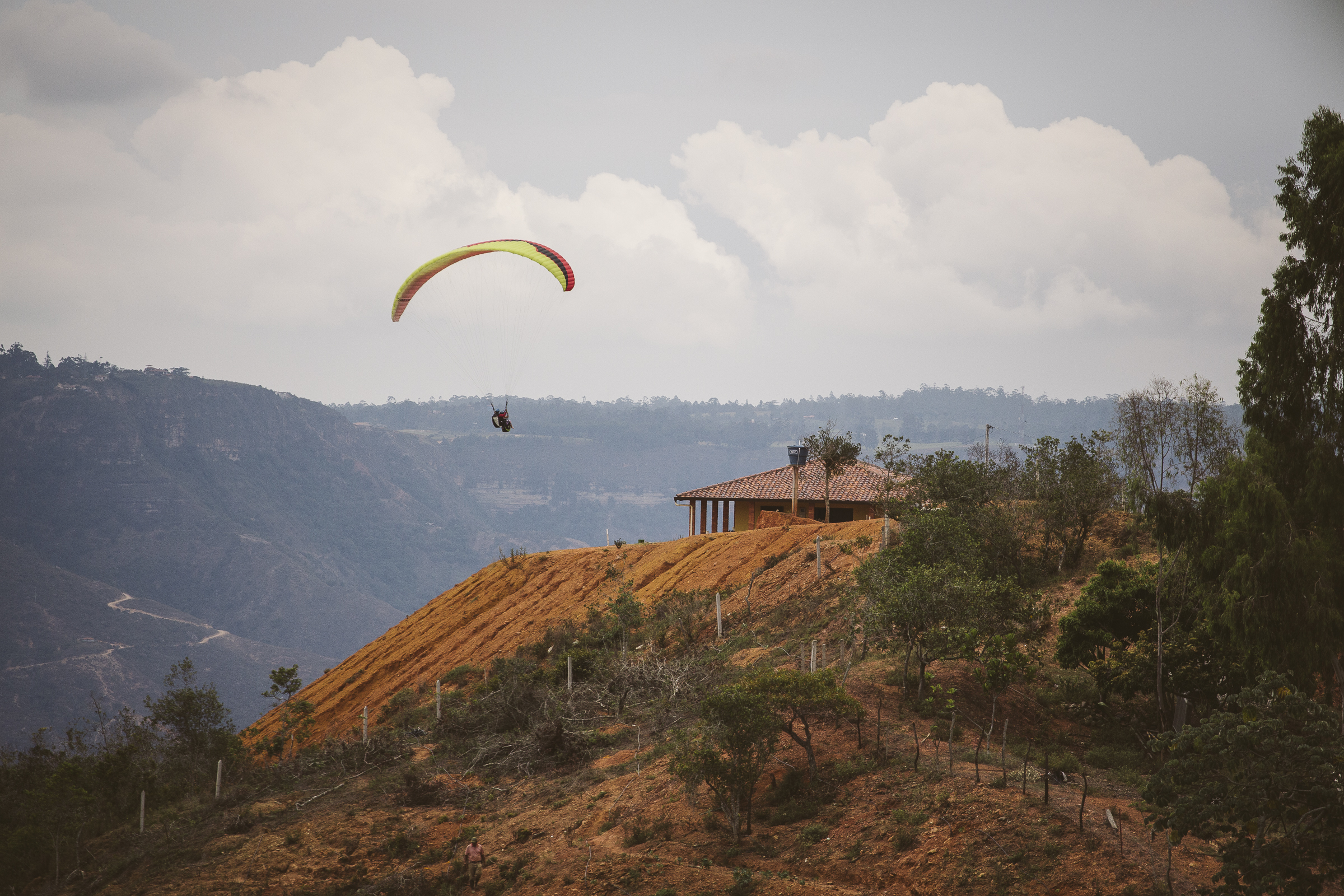 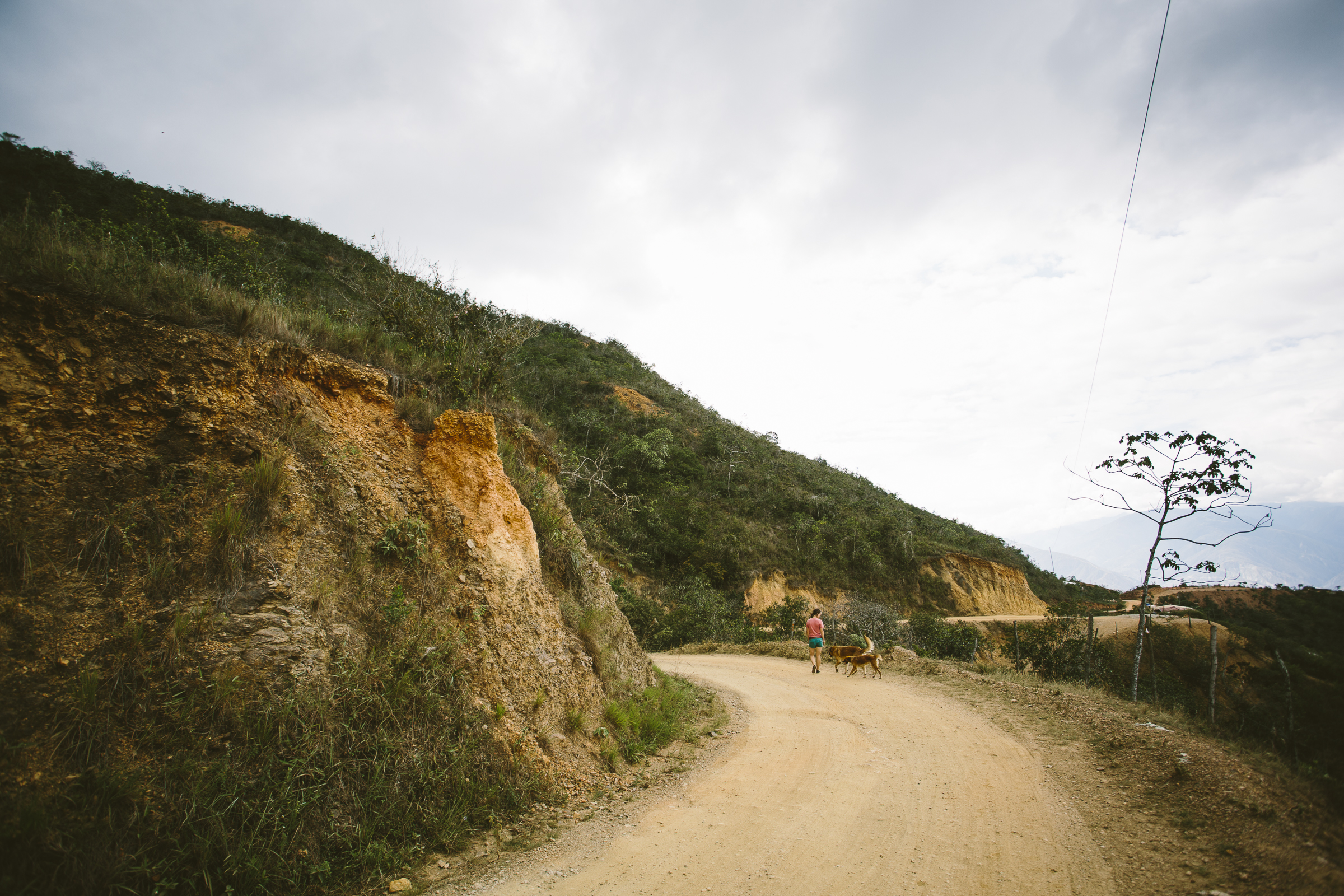 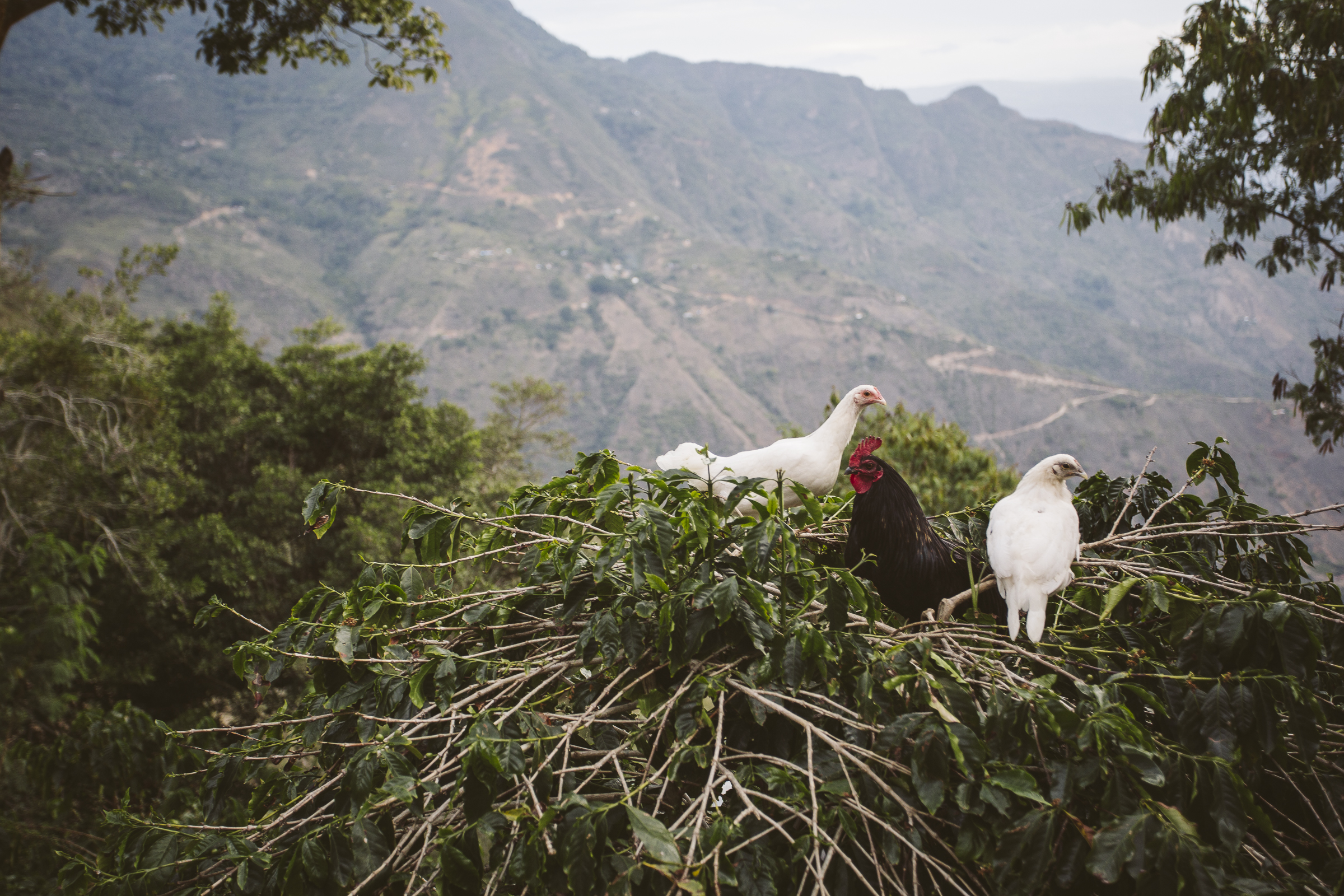 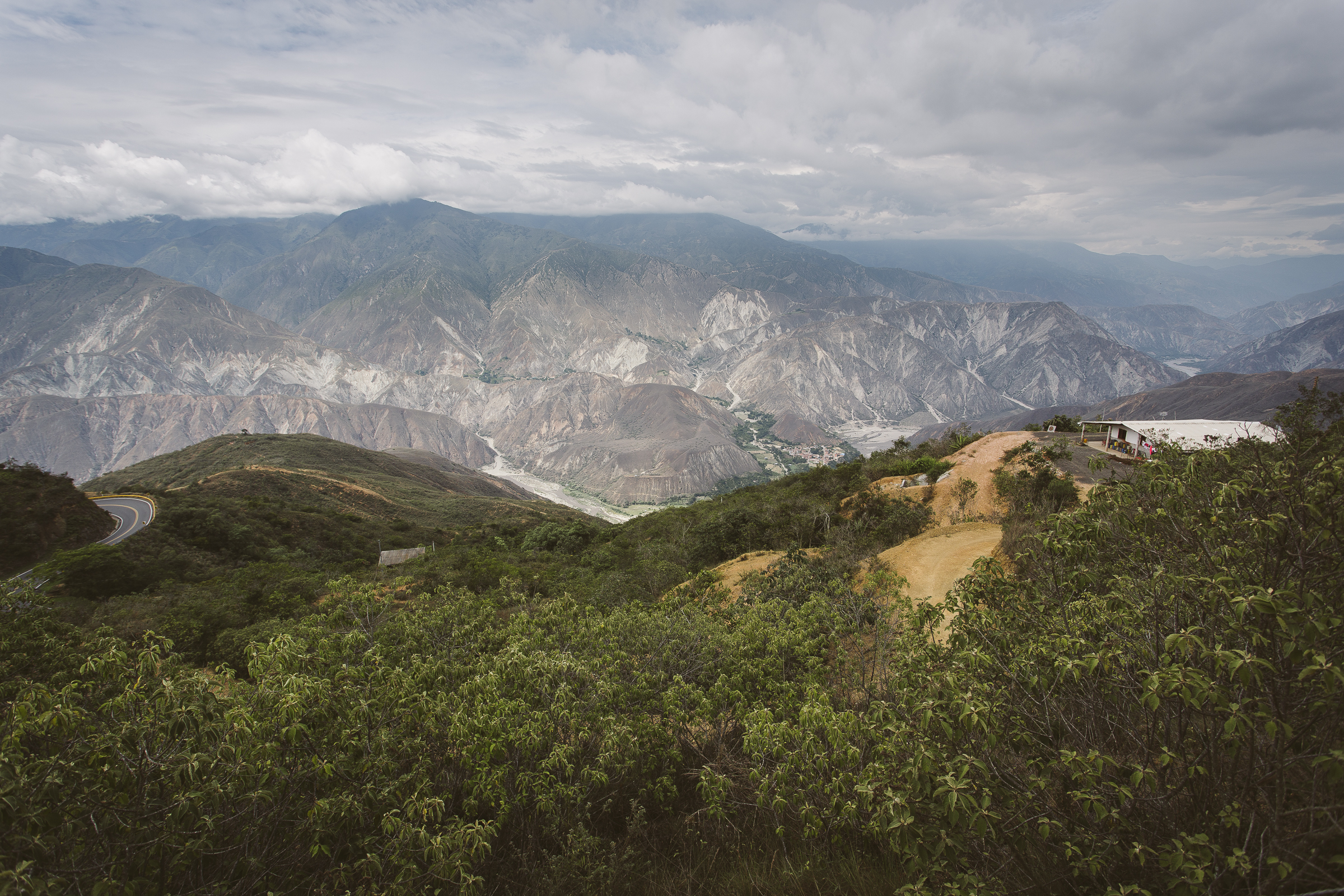 Once back on the road again, we drove through the modern city of Bucaramanga, where the streets were basically empty (aside from yellow jersey-clad motorcycle and scooter-riders) due to the Colombian Copa America futbal game which was being televised at the time.  We saw hundreds of fans sitting and standing in restaurants, bars, and even in courtyards of shopping malls watching the game on big screens. We took this opportunity to accidentally drive several blocks on a bus-only street… whoops!  Lo siento!

The drive from San Gil to Barichara was very beautiful.  Stunning countryside and rolling green hills spread out on either side, and the building styles had changed from palm and wood on the coast to bricks and clay in the mountains. Many of the houses leading into Barichara had driveways full of orange pottery of all shapes and sizes.

We arrived in Barichara… and felt like we had the place to ourselves.  Very few people were in the streets and only one other person was staying at Tinto Hostel (secure parking, yay!).  This colonial town has been greatly preserved, but I guess it’s only busy during the holidays and weekends.  Perfect for us!  We spent plenty of time drinking lattes and eating delicious treats at Panaderia Central las Delicias (carb loading for El Cocuy, I tell you!).  We ate some of the local delicacy, goat, and didn’t like it.  Too goaty.  To walk off the goat we hiked to a small town of Guane.  Here today Guane tomorrow. 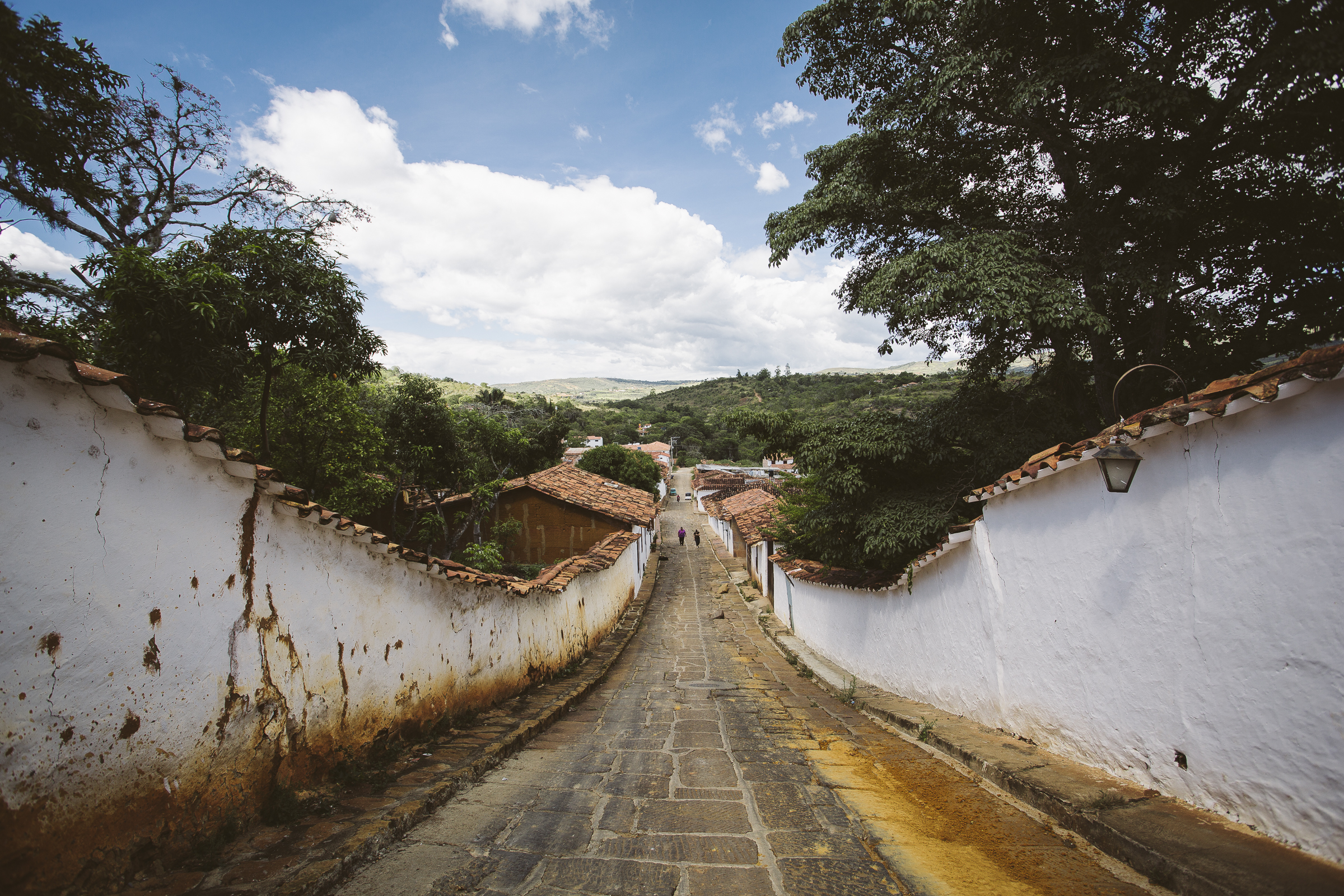 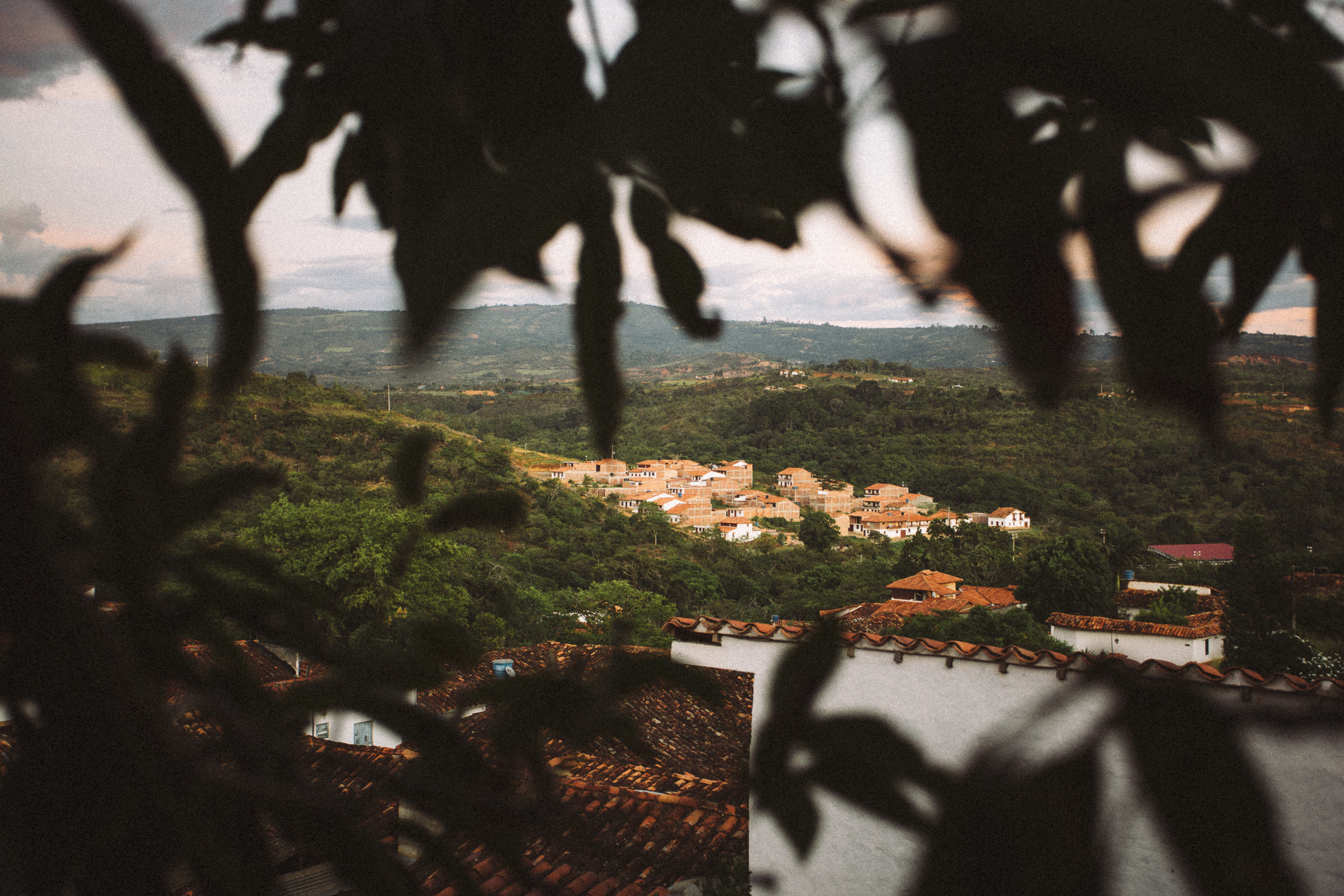 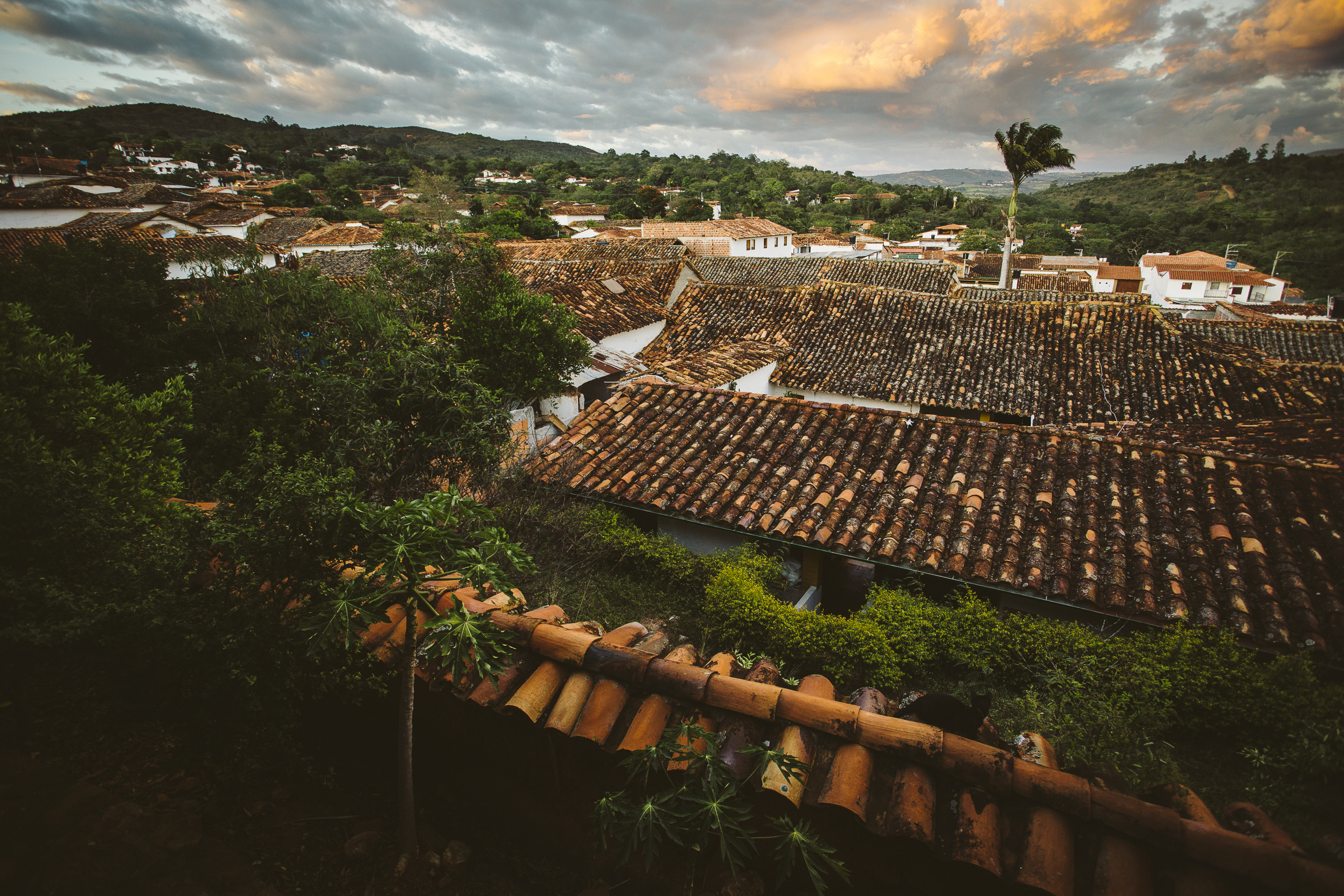 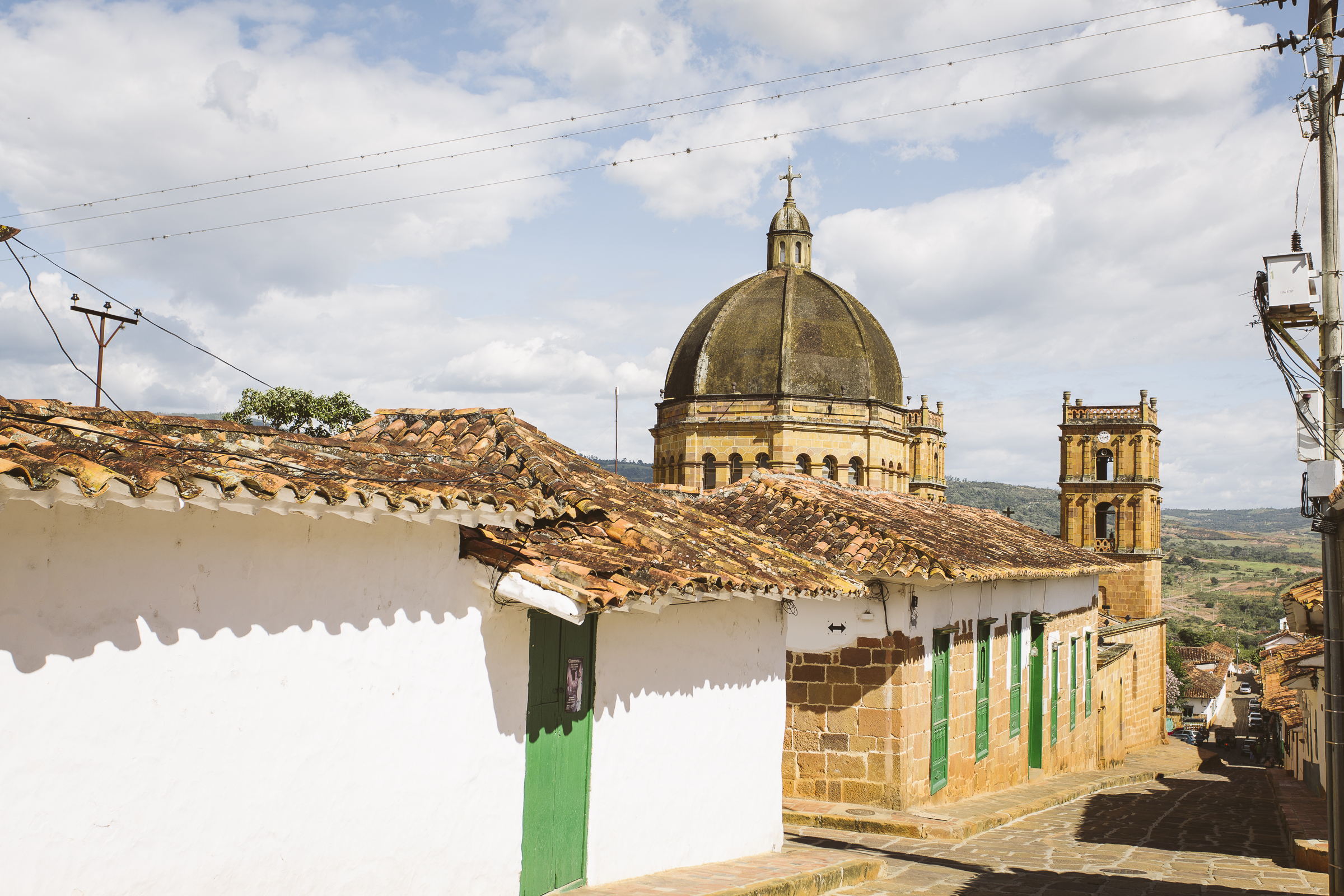 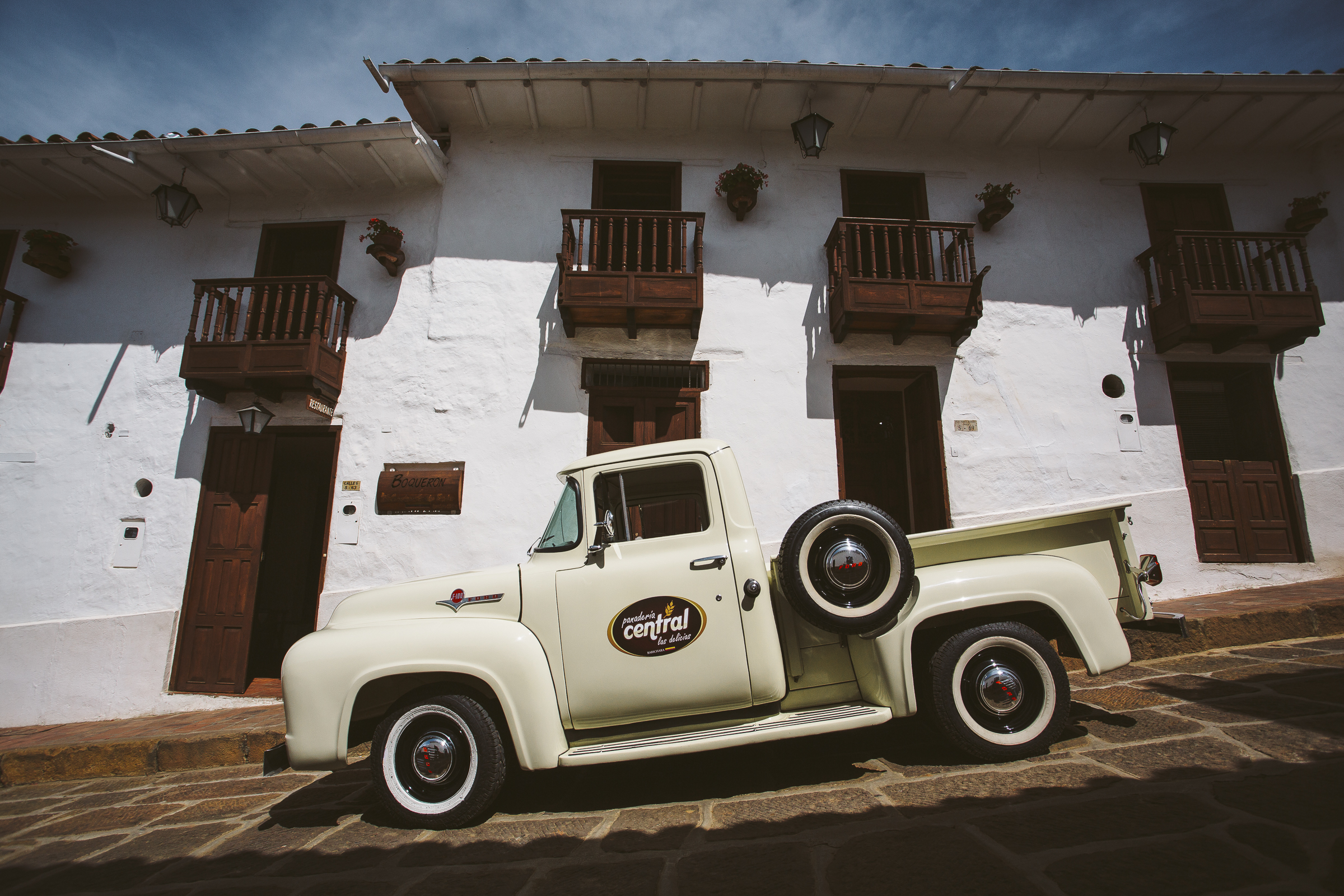 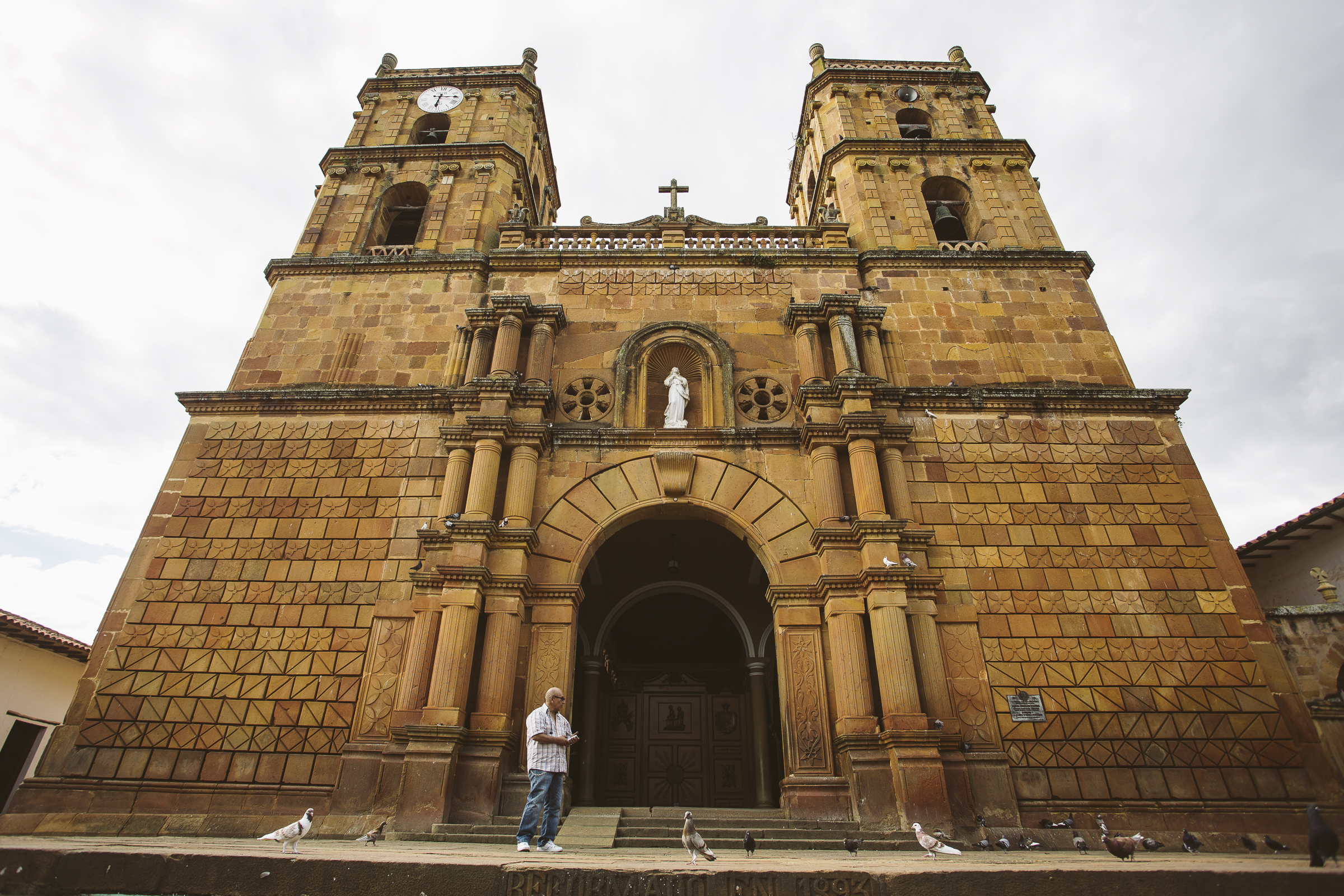 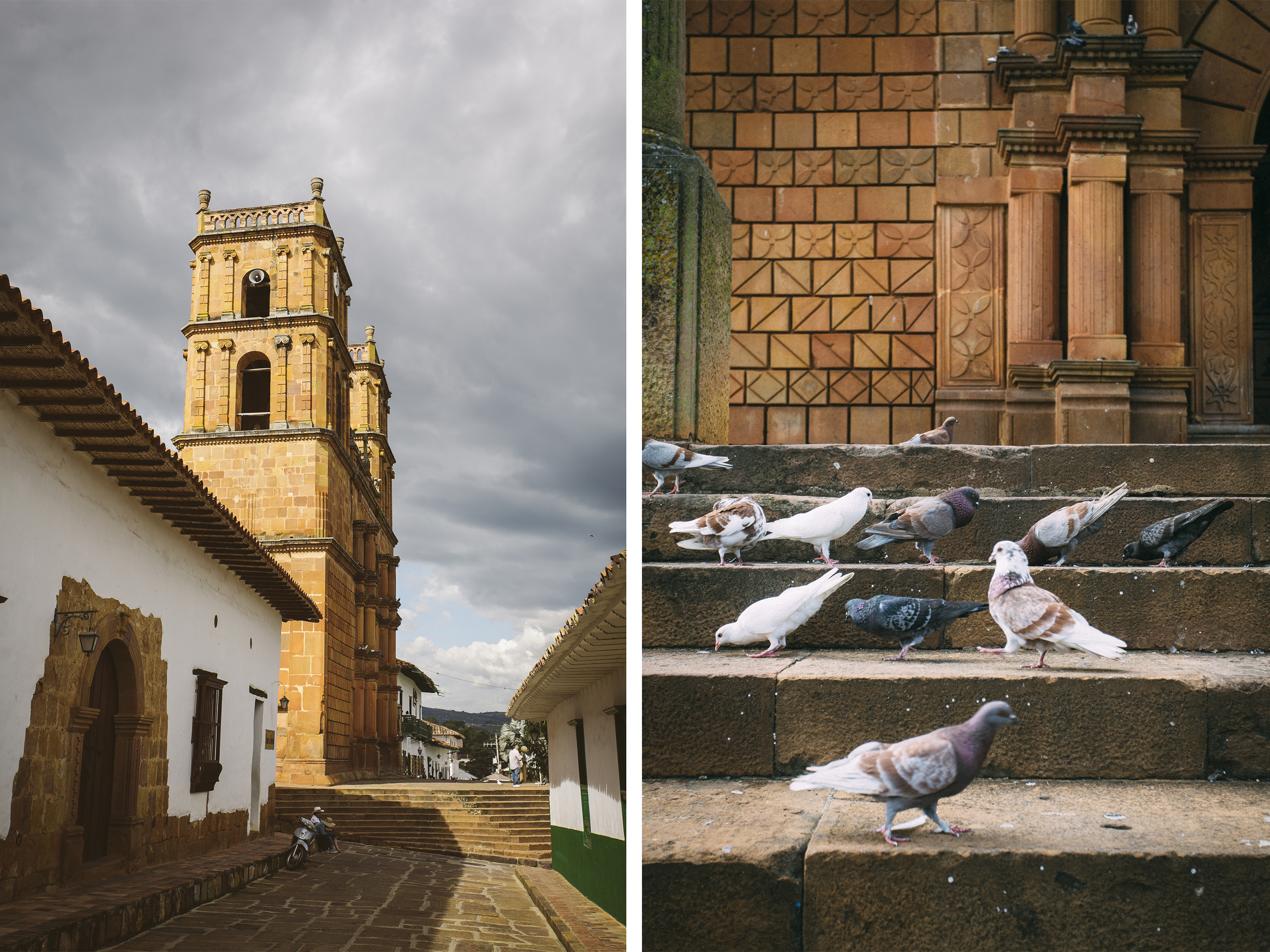 El Cocuy National Park.  This was the big cheese for us in Colombia.  From Barichara it was a 10-hour drive to the town of El Cocuy.  We took route 64 from San Gil and followed this small road east through the mountains.  The drive from Barichara to El Cocuy was probably one of the most beautiful we’ve done so far.  The landscape was just stunning and the dirt roads smooth and fast.  Well, a lot of the drive was filled with slow curves, but there were a handful of spots that were smooth and fast.  200km in 10 hours tells the real truth… 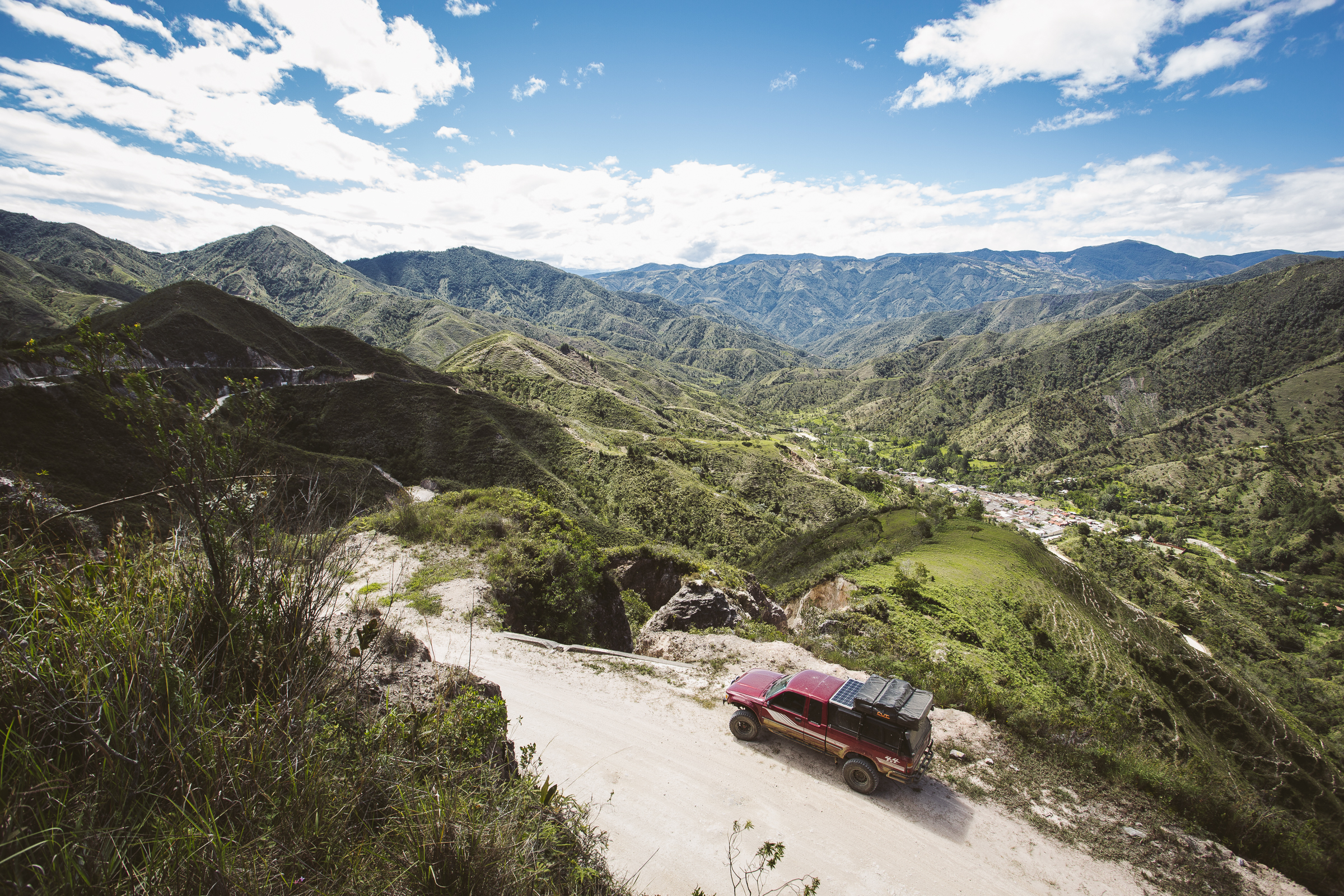 We ate lunch on the side of the road with this guy staring us down.  I think he may have been pissed about us eating one of his family members only two days earlier. 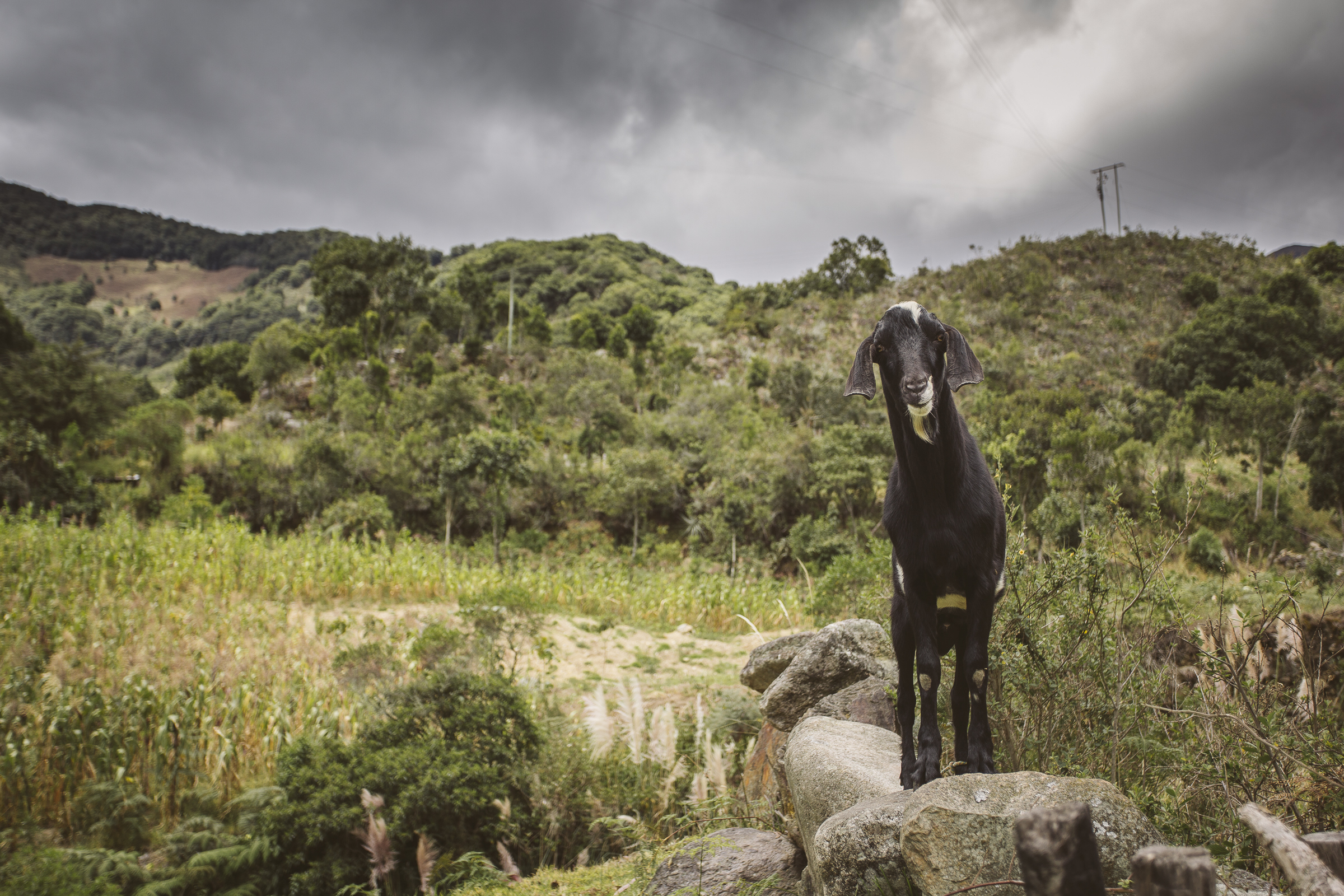 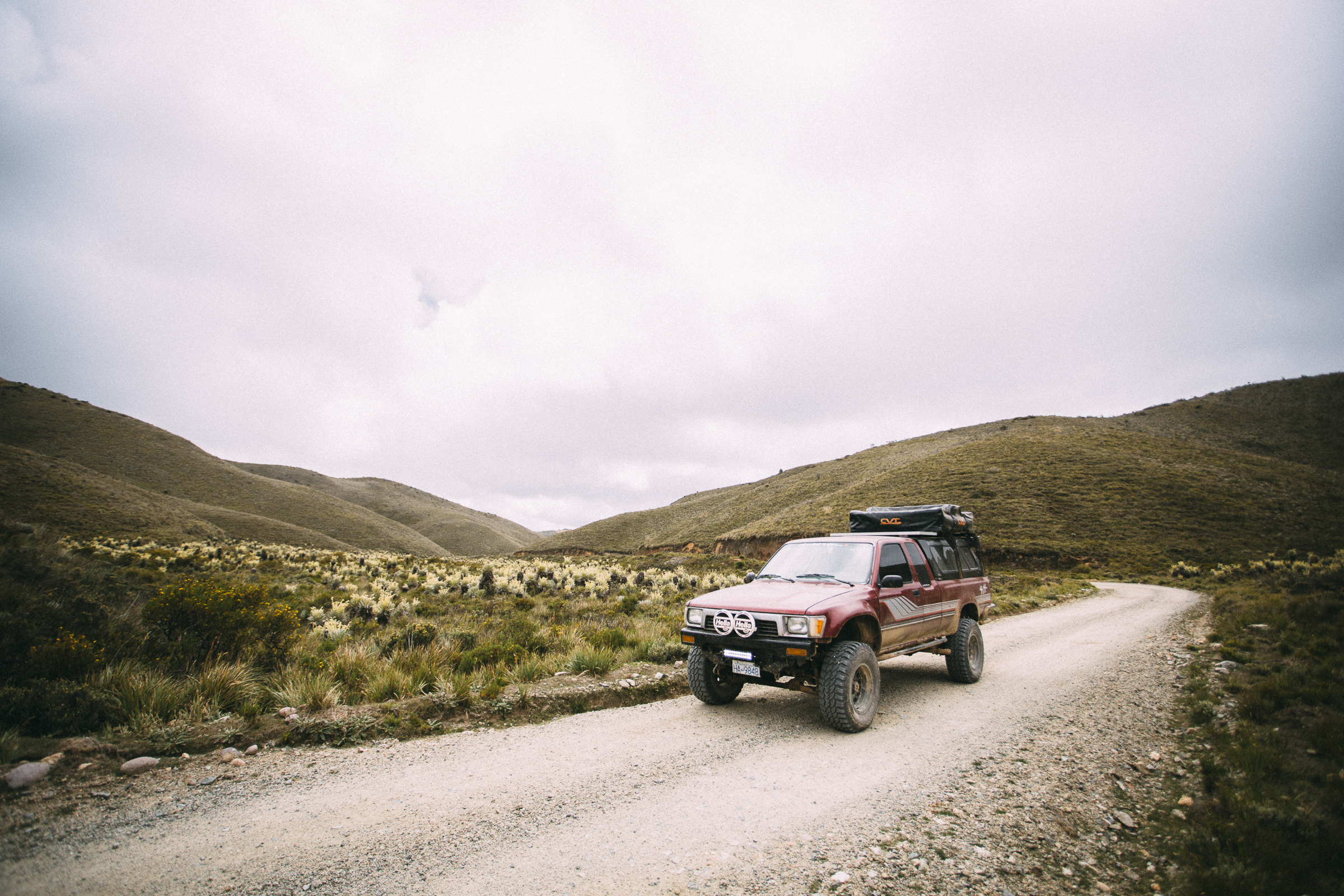 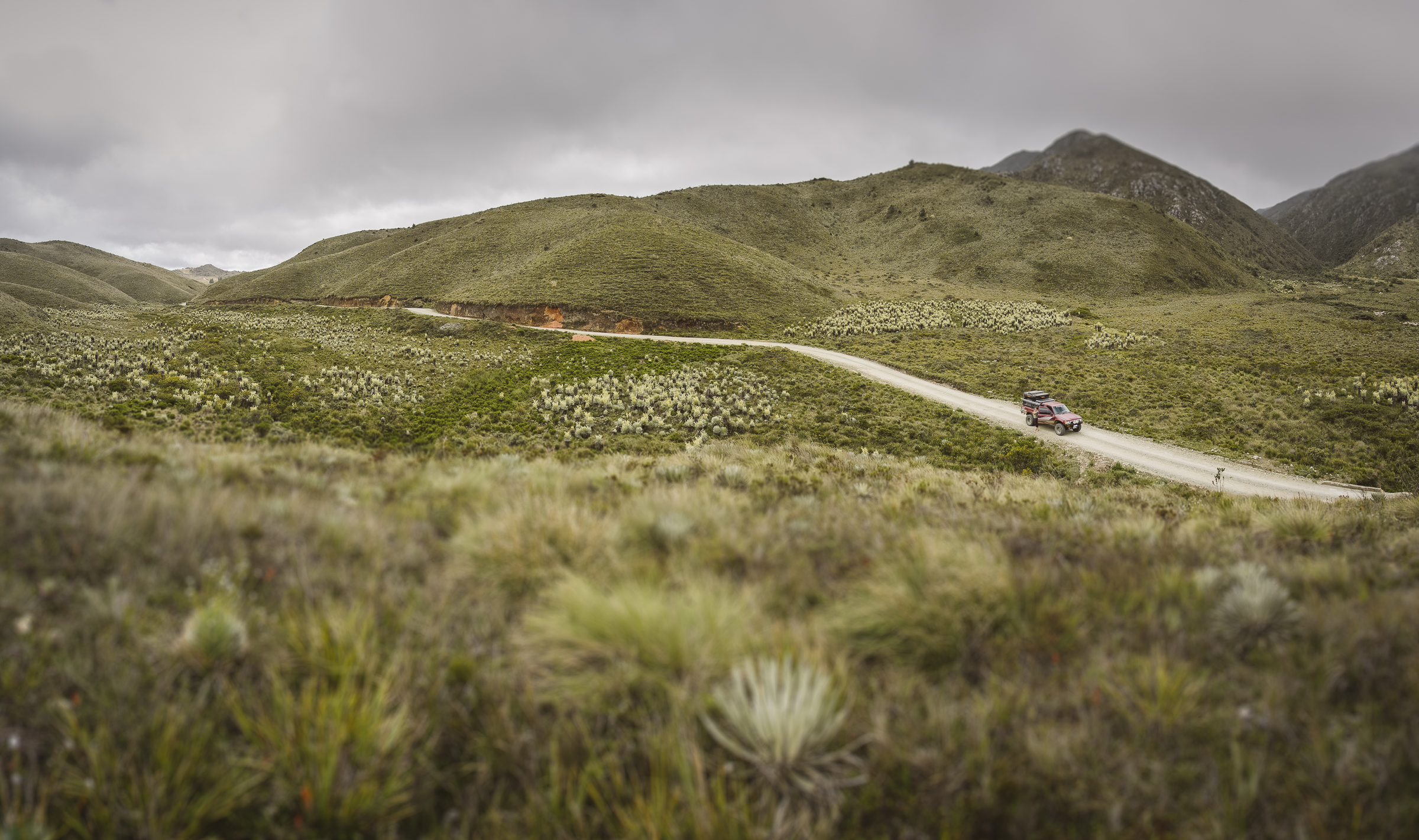 We had more passengers than usual during this leg of our trip.  A tiny elderly woman asked for a ride to a nearby school.  She was carrying a massive basket that weighed probably as much as she did, if not more, and we were happy to set up a sleeping bag seat for Ashley to sit on between the driver and passenger seats.

A couple of hours later a police officer ran out at us from a side road with his arms waving and out of breath.  He spoke English fairly well, so we understood that his bike broke down and he needed a ride to the next town.  No problem!  We squished into the cab and chatted with him about how dangerous this road used to be (guerrilla territory), but he assured us that it was now safe to drive.  That is, until he said, “STOP! STOP!” and jumped out of the truck while it was still moving, his hand on his gun.

Looking in the sideview mirror we could see him looking for something in the trees on the side of the road.  What the hell did he see?

After returning to the truck, hopping back in, and closing the door he said, “I like wildlife, but I’m afraid of snakes.”

Right.  This kind police officer offered us a place to stay and a supply of potable water from the police station in Onzanga.  He was really insistent that we should stay for a few nights since there was a big party happening on the weekend.  Unfortunately, we had to decline as we had many more hours to conquer before we reached El Cocuy.  We waved goodbye to our newly made POPO friend and put the pedal to the metal (in first or second gear only, of course) to the high altitude mountain town of El Cocuy. 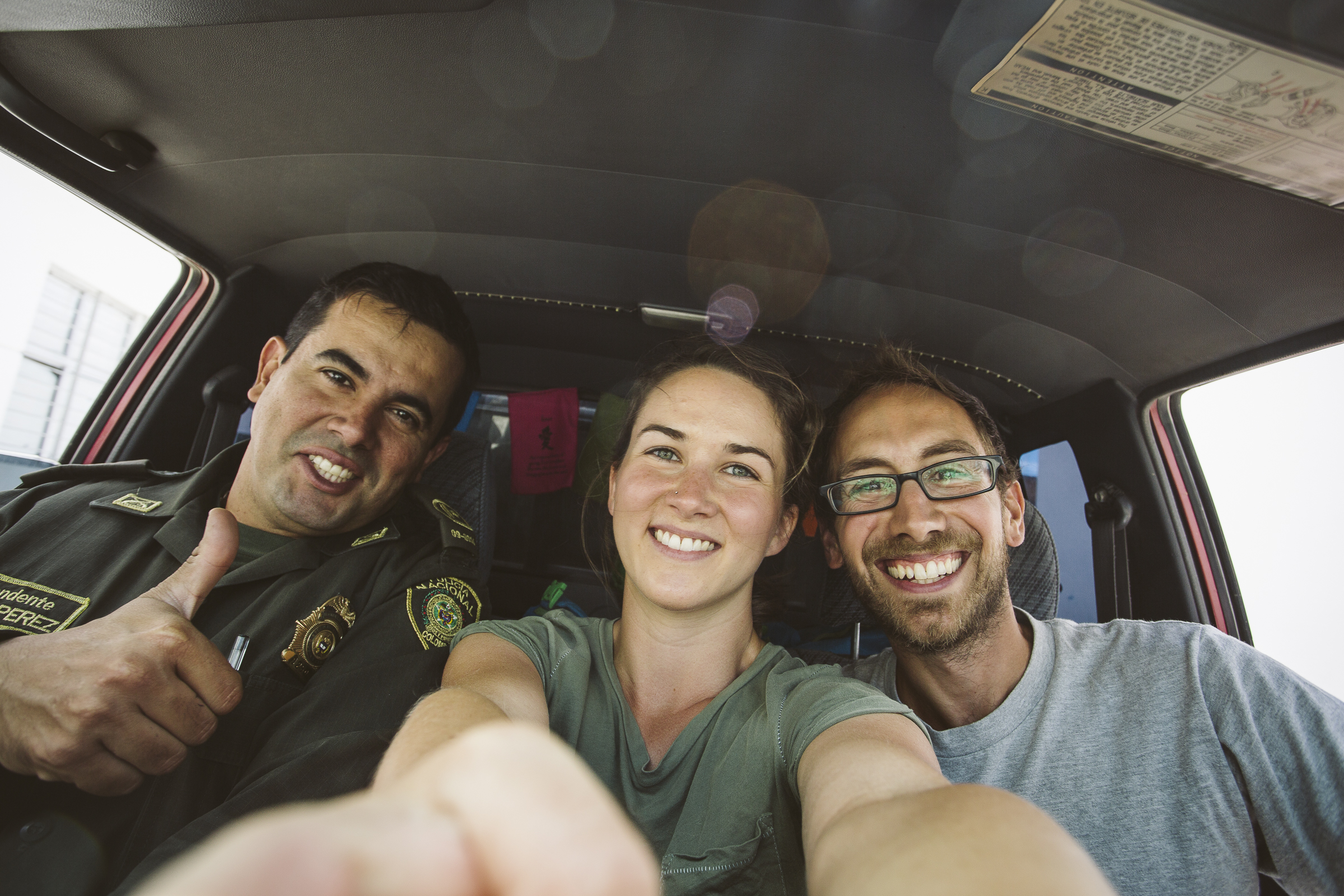