When we were in La Paz, Bolivia, we met Ian from Burns Lake, Canada. Richard immediately recognized his white Mitsubishi Delica from a build thread on Expedition Portal several years ago. The former owner Dino Evo drove the Delica to Ushuaia from Vancouver, and Ian was the third owner of the vehicle since it was built.

Anyway, we got to chatting with Ian after seeing his British Columbia license plates and he mentioned that during his time in Chile he housesat for an American woman and her two dogs. This piqued our interest so we e-mailed Lorraine (a fellow Pan Am traveller; check out her bio!) to see if she needed anyone for the month of January. We were majorly behind on our blog, had a backlog of e-mails, and some proposals to send out regarding a little project we had in mind. It turned out that Lorraine did in fact need housesitters. This is how we ended up at her oceanfront casa with four dogs: Luna, Widget, Boomer, and Puppy. 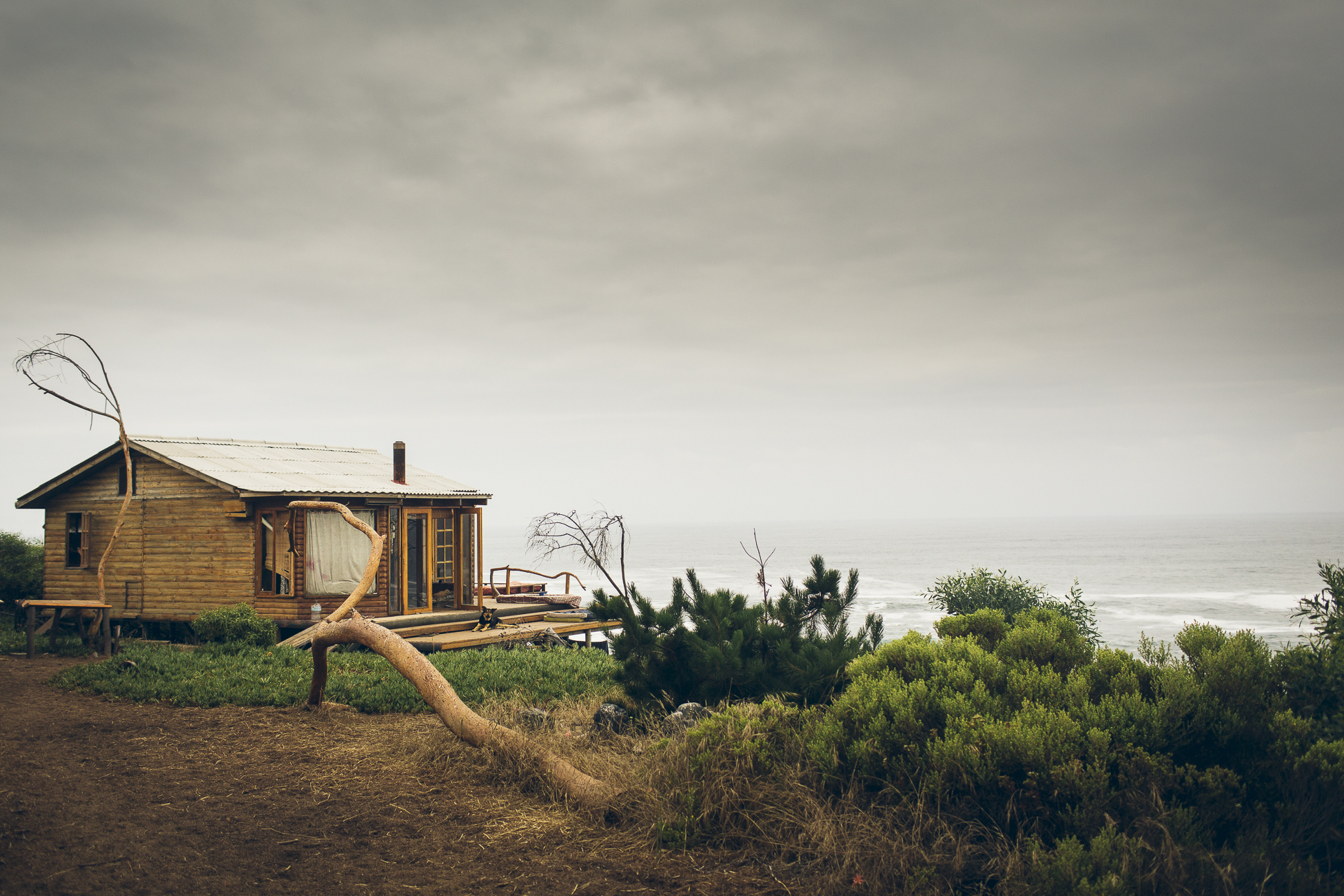 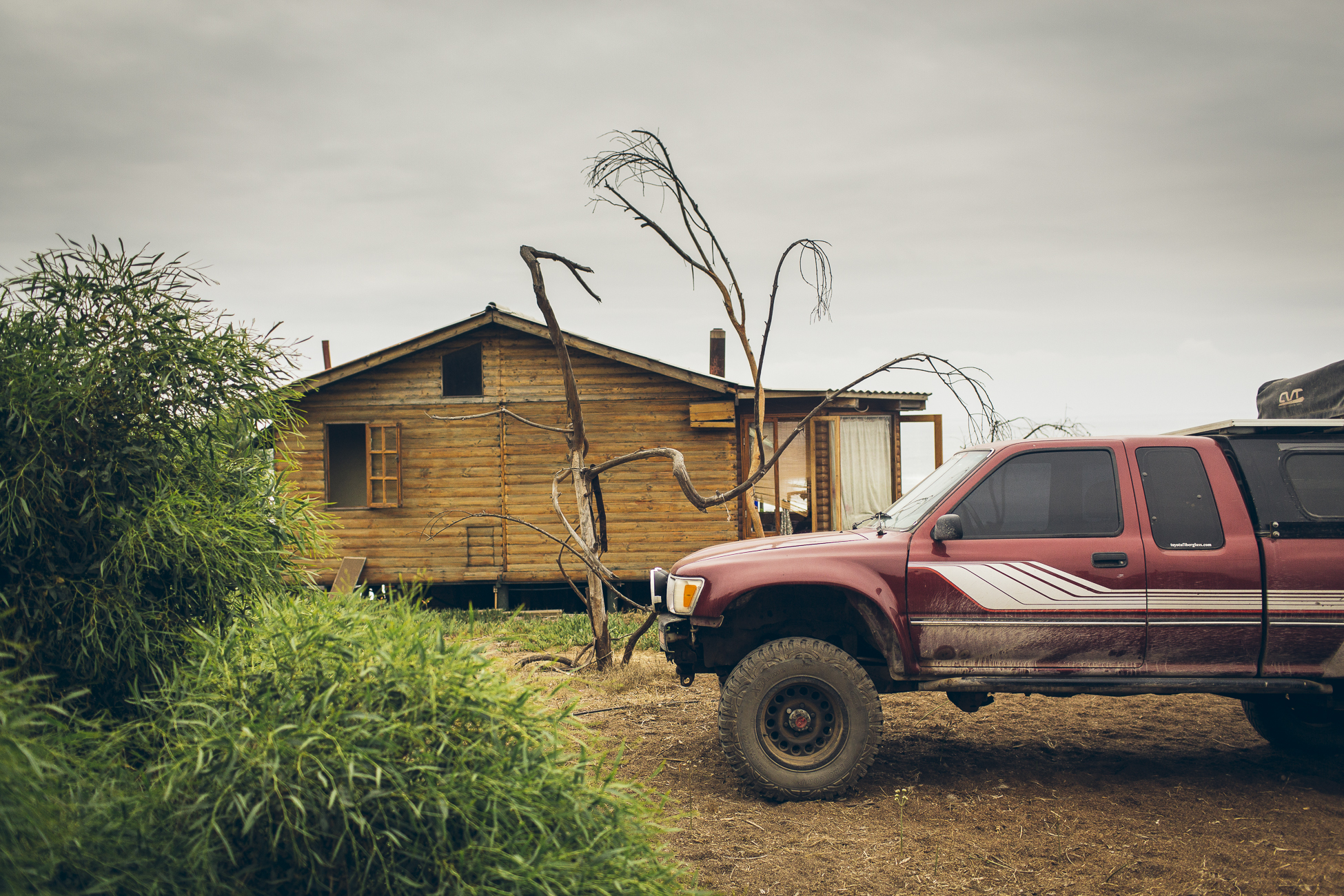 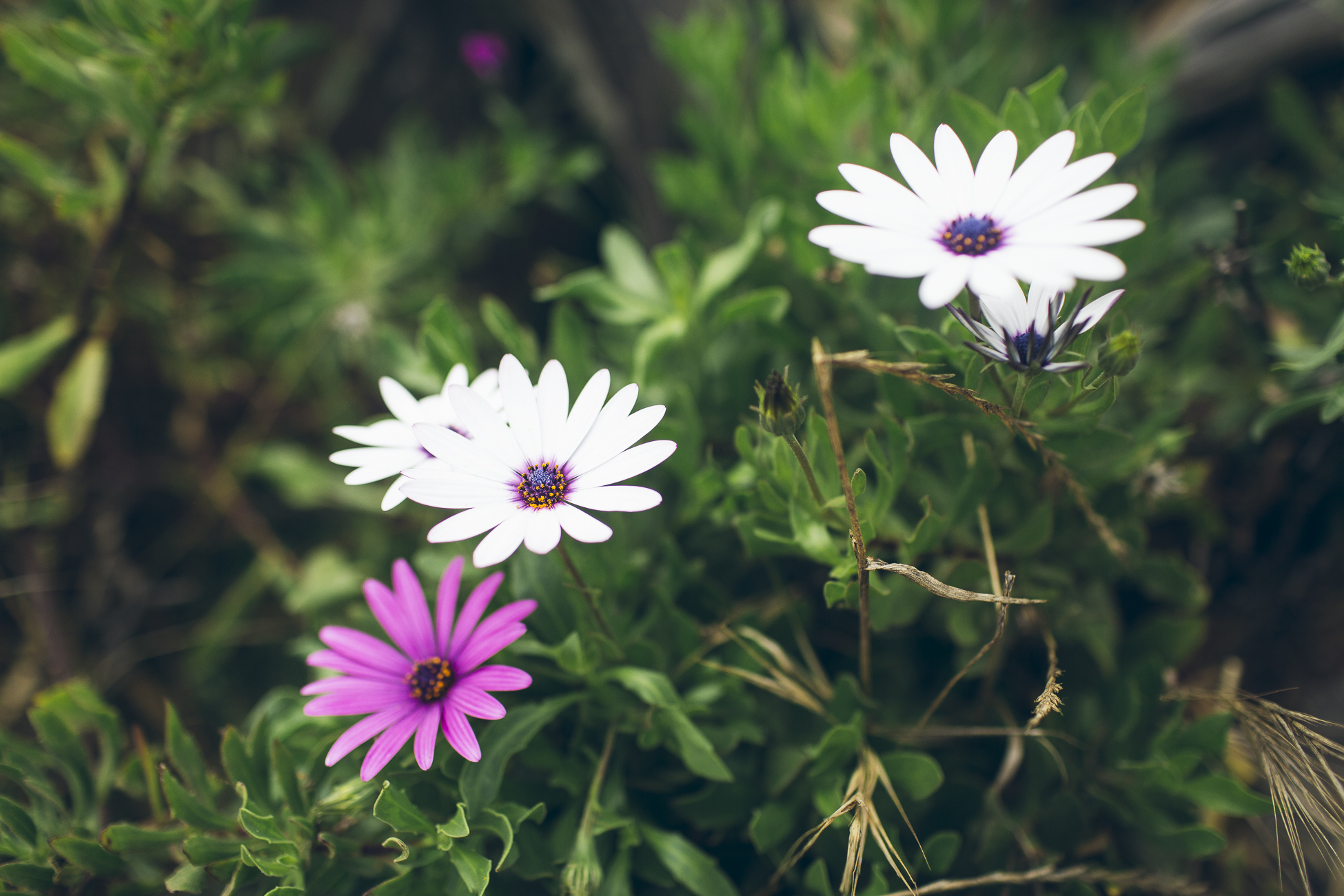 Lorraine also has an AirBnB suite in the lower level of the house, so it was a perfect location for Richard’s mom to relax during her last week in Chile. 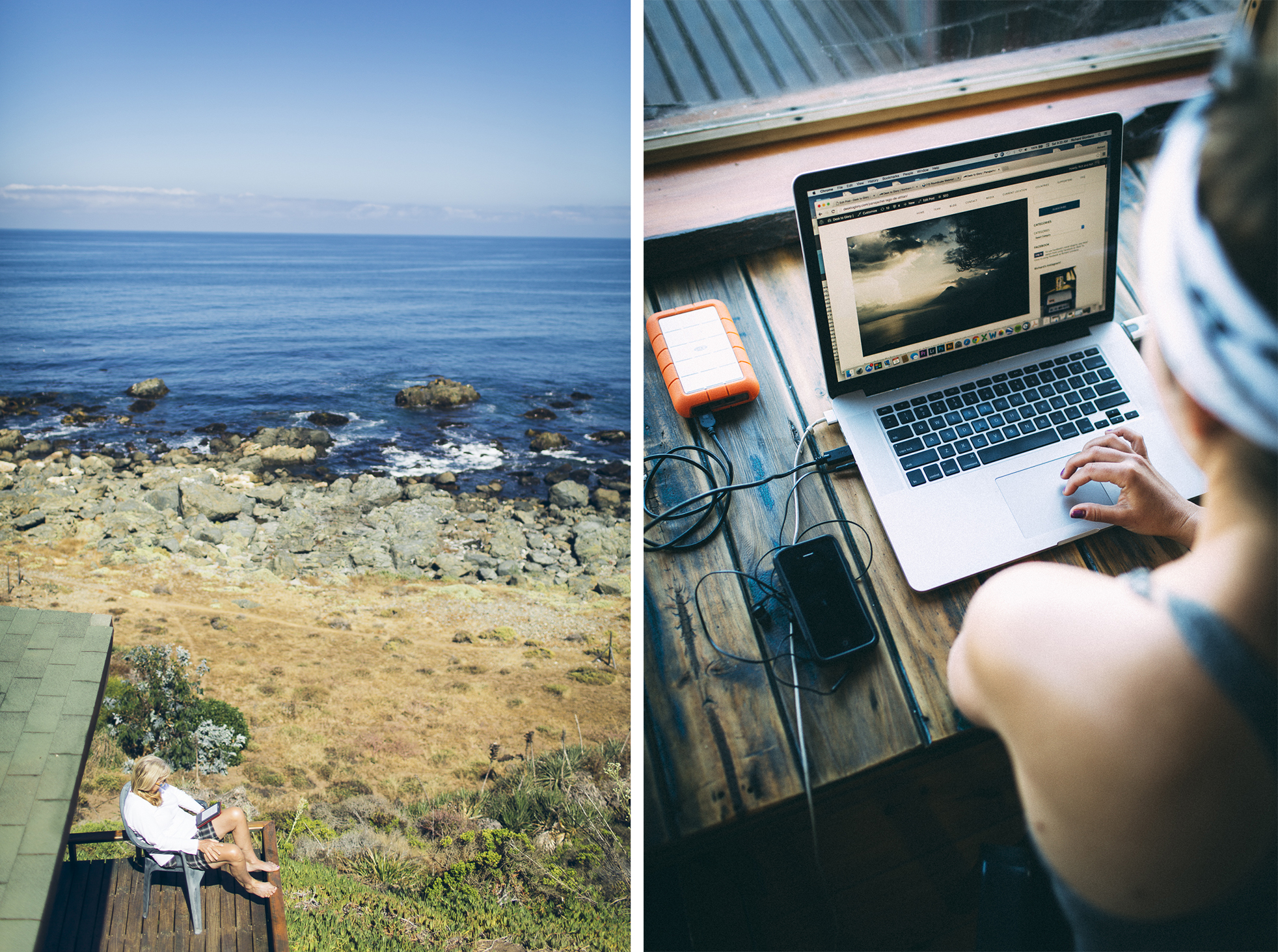 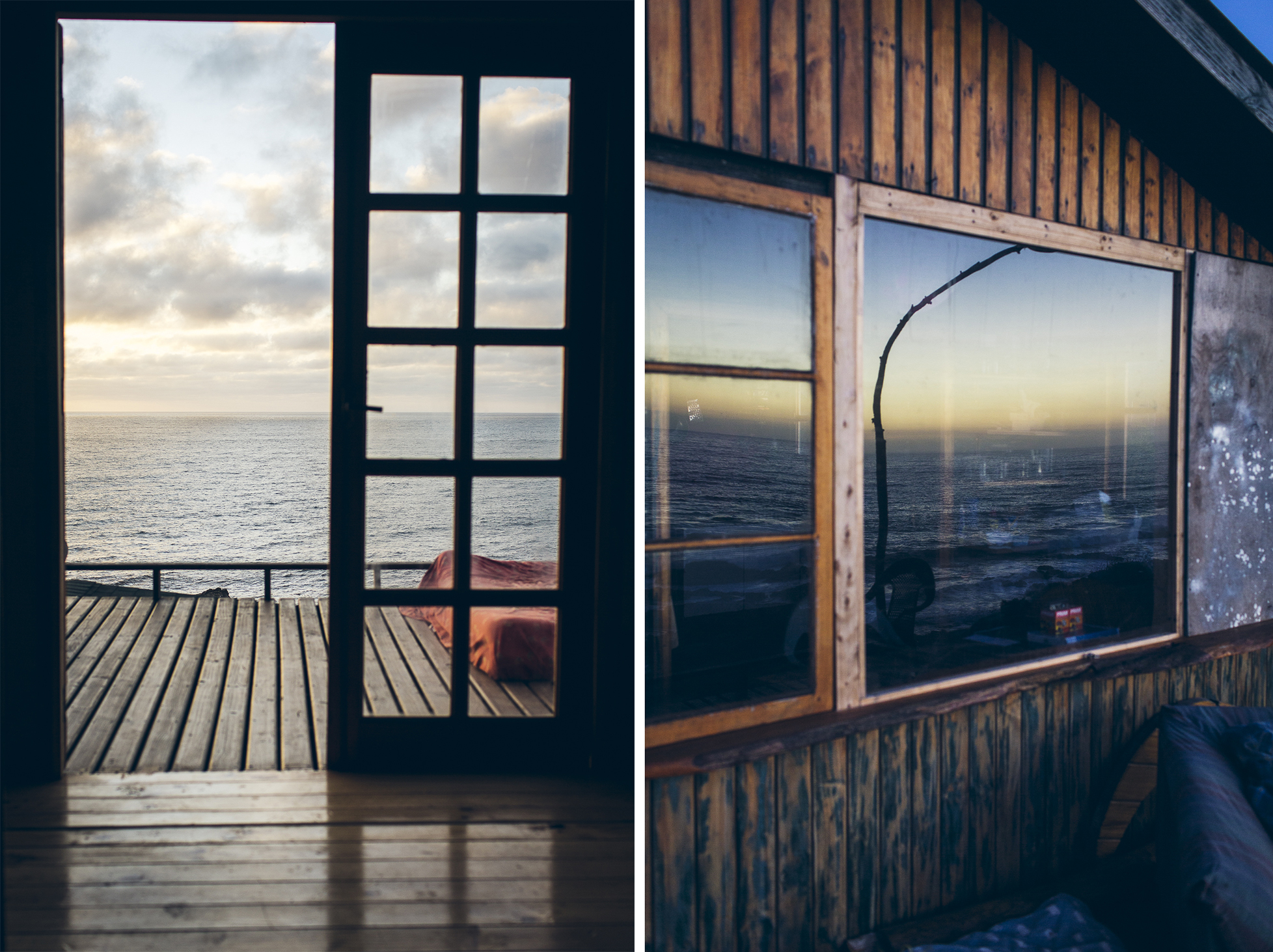 I never had a pet as a kid (does a plastic mechanical dog in a fish tank count?), but Richard had had a couple of dogs as pets growing up. Living in a house with four dogs was a major departure from our normal life on the road, but it was nice to settle in one place with a regular schedule again.

It was fascinating to get to know each dog’s individual personality, their likes and dislikes, and their idiosyncracies. Our twice-daily walks were a favourite part of our time at Lorraine’s Place. There are a multitude of sandy roads leading through the forest behind the house making for perfect walking territory. Not only was it great exercise, but the dogs lived for these walks. They ran, chased rabbits, squirmed around on their backs in the tall grass, sniffed everything, and walked beside us with their tongues hanging out of their mouths, grins on their faces. 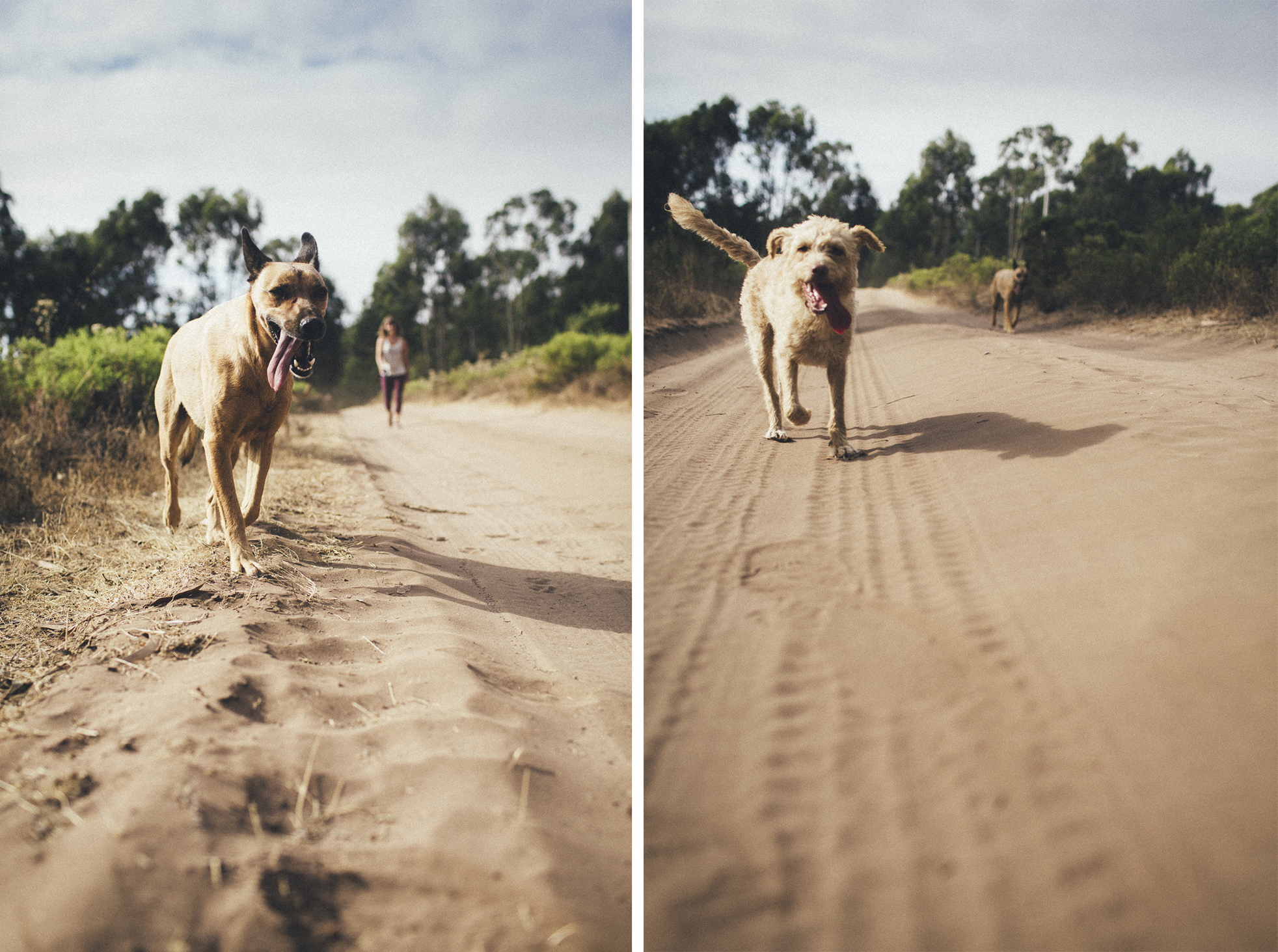 Without a doubt Luna is the Alpha. Her intimidating looks and size accurately display her toughness, but she is actually very sweet. As with all of the dogs, she loves belly rubs. Because of her independent nature, we initially thought she couldn’t care less about attention, but we were definitely wrong. It was so entertaining to watch her spring up into the air like a deer when hunting for rabbits. We had to laugh when, every time I said “Hola!!!” in a high-pitched voice, she would look up and run outside to see if a Chilean was at the gate. 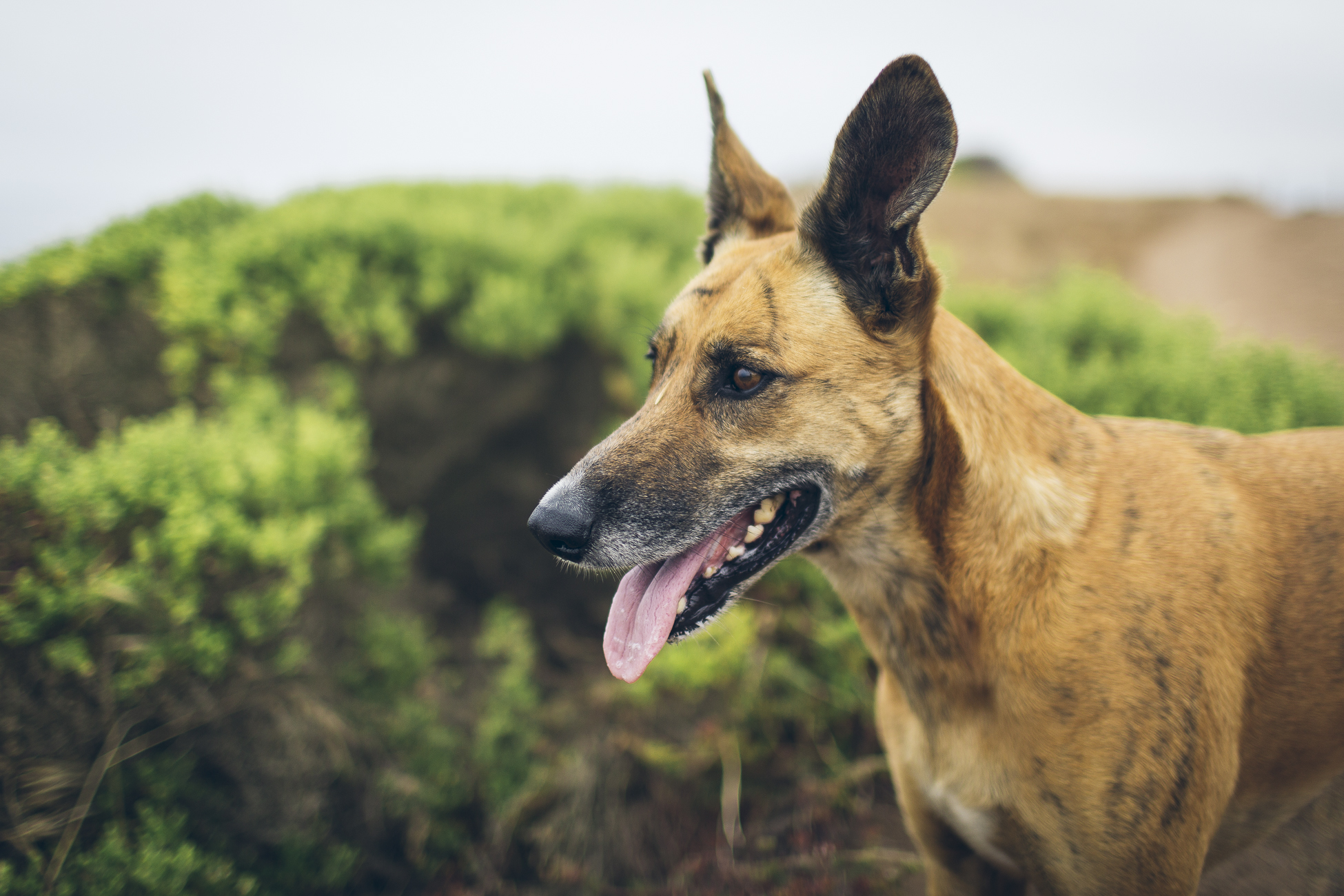 Widget really warmed up to us by the end of our stay at the house.  She has a habit of scrunching up her nose at you, wagging her tail fiercely when she gets excited. We heard her barking in her sleep almost every night, sounding like she was underwater. She also enjoyed listening to Richard’s version of the Doors’ “Riders on the Storm,” tail wagging like crazy while he was singing. 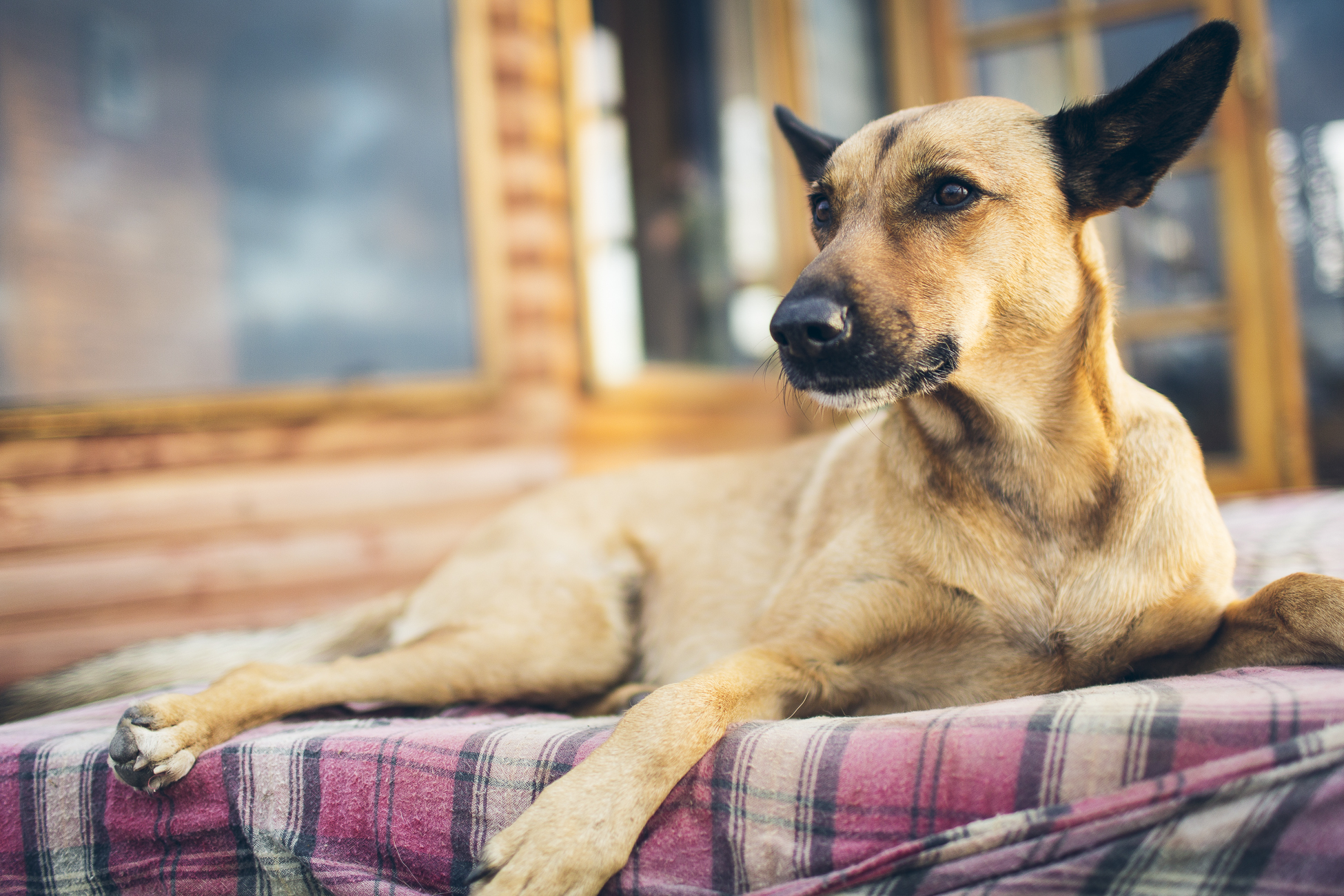 Boomer is the only male in the pack. Extremely sweet and incredibly handsome, he makes such strong eye contact that you feel he is looking into your soul. He frequently sleeps on his back, paws up, eyes closed, smiling. He had a strong appetite and always finished his meals before anyone else.  When we walked to the nearby petrified forest he would scratch a hole in the dirt and go to town, sinking his teeth into the earth and lapping up the mineral-rich soil as a snack. 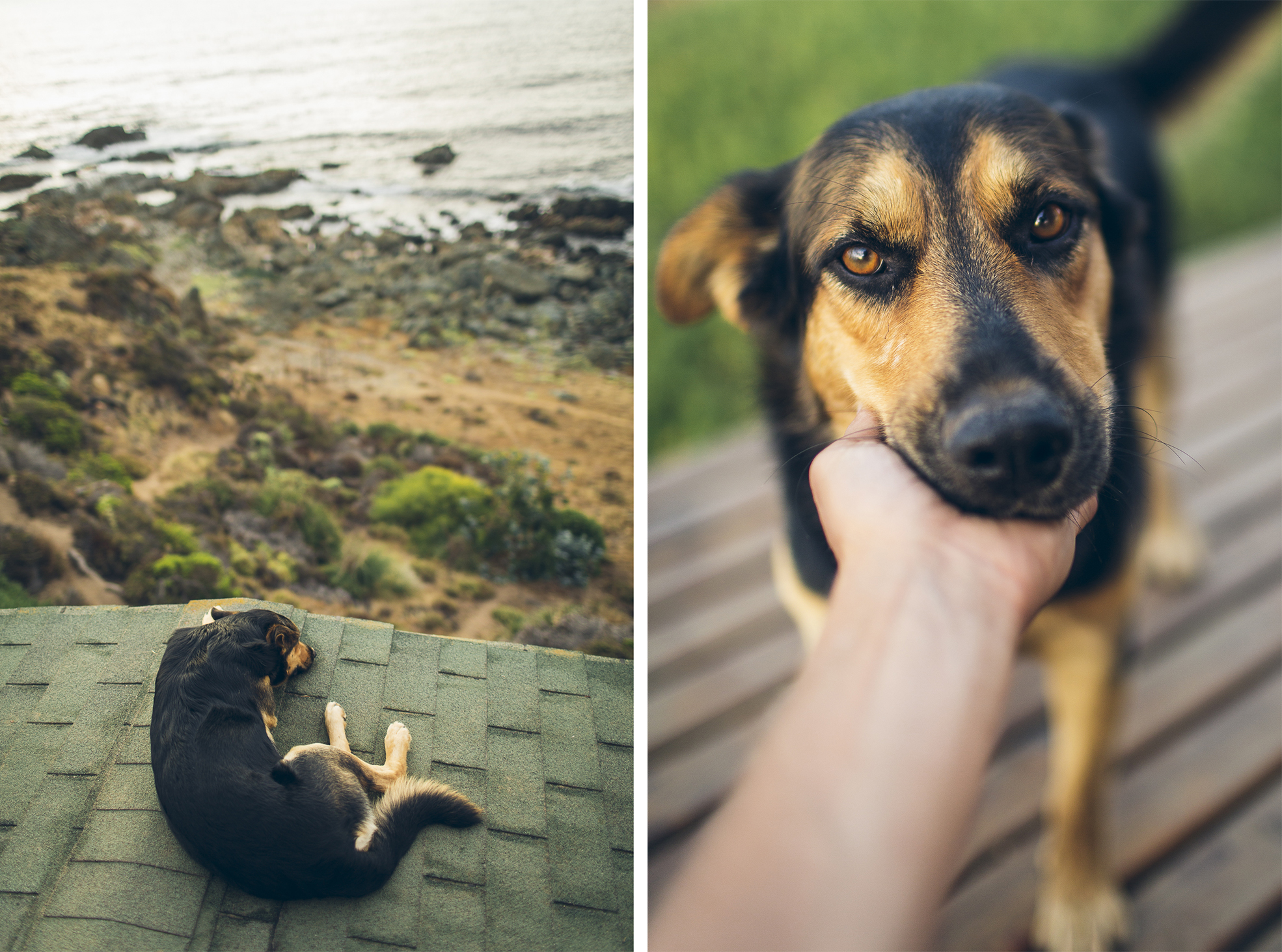 Puppy was the most high maintenance of the bunch with her high energy, constant need for attention, and love for anything filthy or disgusting.  Her hair was a magnet for dirt, prickly plants and burs, but by the end of the day was miraculously clean.  The algae pond was her go-to spot after walks.  If you weren’t looking she would run away with your socks, despite having a few of her own to chew on.  She was also very affectionate and could spend all day cuddling and being by your side. 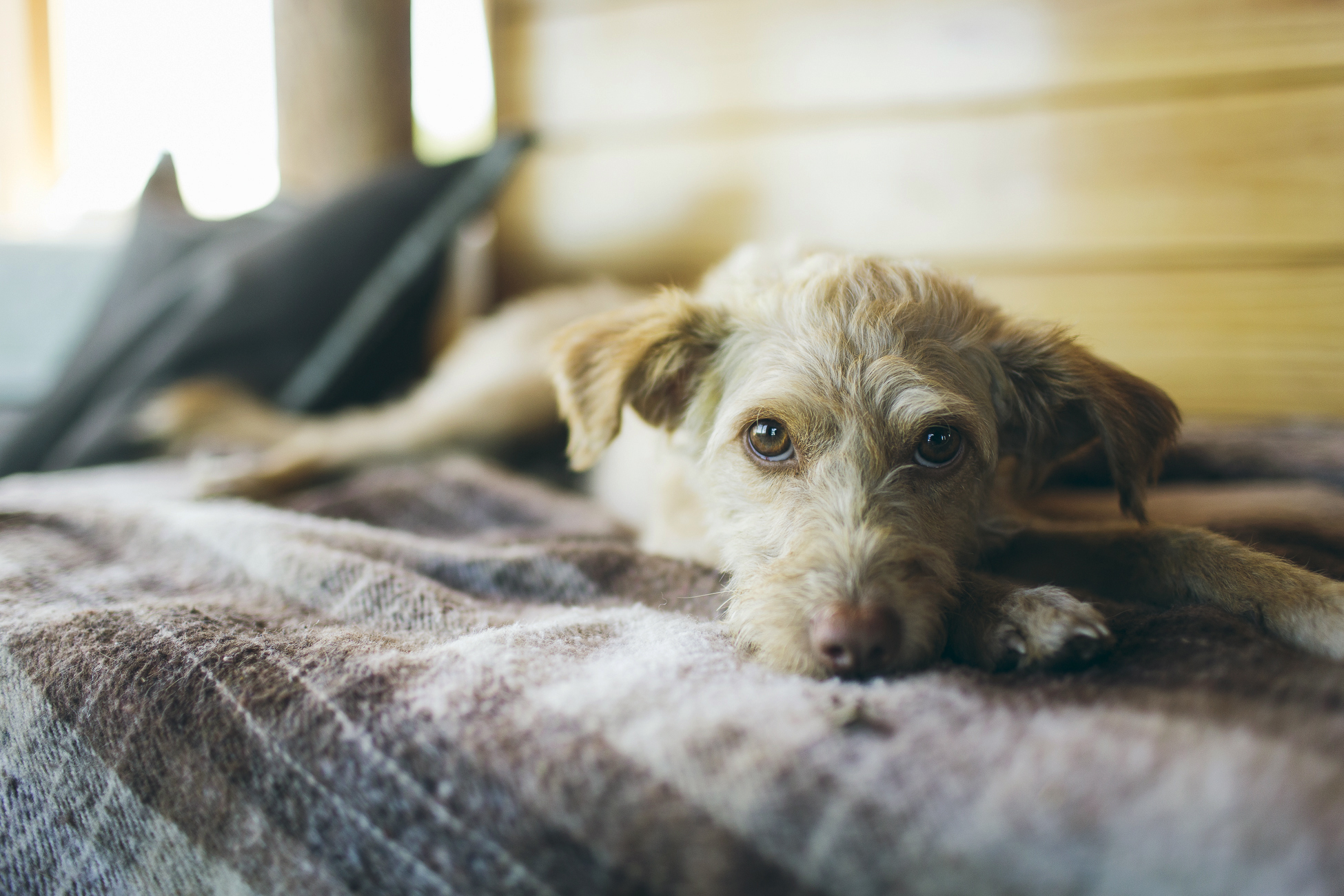 It wasn’t all easy, that’s for sure. Puppy was caught in a rabbit snare the day before we arrived and had some injuries to deal with, plus she was very passive and frightened.  Lorraine rescued Puppy from the nearby garbage dump not long before we showed up and there was still some tension in the pack.  We took things day by day.

Some days the pups just drove us nuts, barking for hours at Chilean tourists walking by, birds flying overhead, or seemingly nothing at all. One morning Puppy brought a gnawed up grisly rabbit head into the house; our first clue was the smell. She was really attached to the mangled up carcass and no matter where Richard tried to dump it, she would find it and happily bring it back to her bed. Another day we left for a walk and Luna and Boomer were rough-housing behind me. Suddenly they both smashed into the back of my legs as I was walking and I flew up into the air like a rag doll before hitting the ground on my back. The wind knocked out of me, Richard ran over as I was gasping for air. The dogs looked at me like, “Let’s go! We’re on a walk, what’s the hold-up, lady?”

Most days, however, were great.  The dogs napped in the shady bushes around the property, under the deck, or in the house to cool their body temperatures and stay out of the sun.  We ran, we played, and explored the rocky beach below the house. 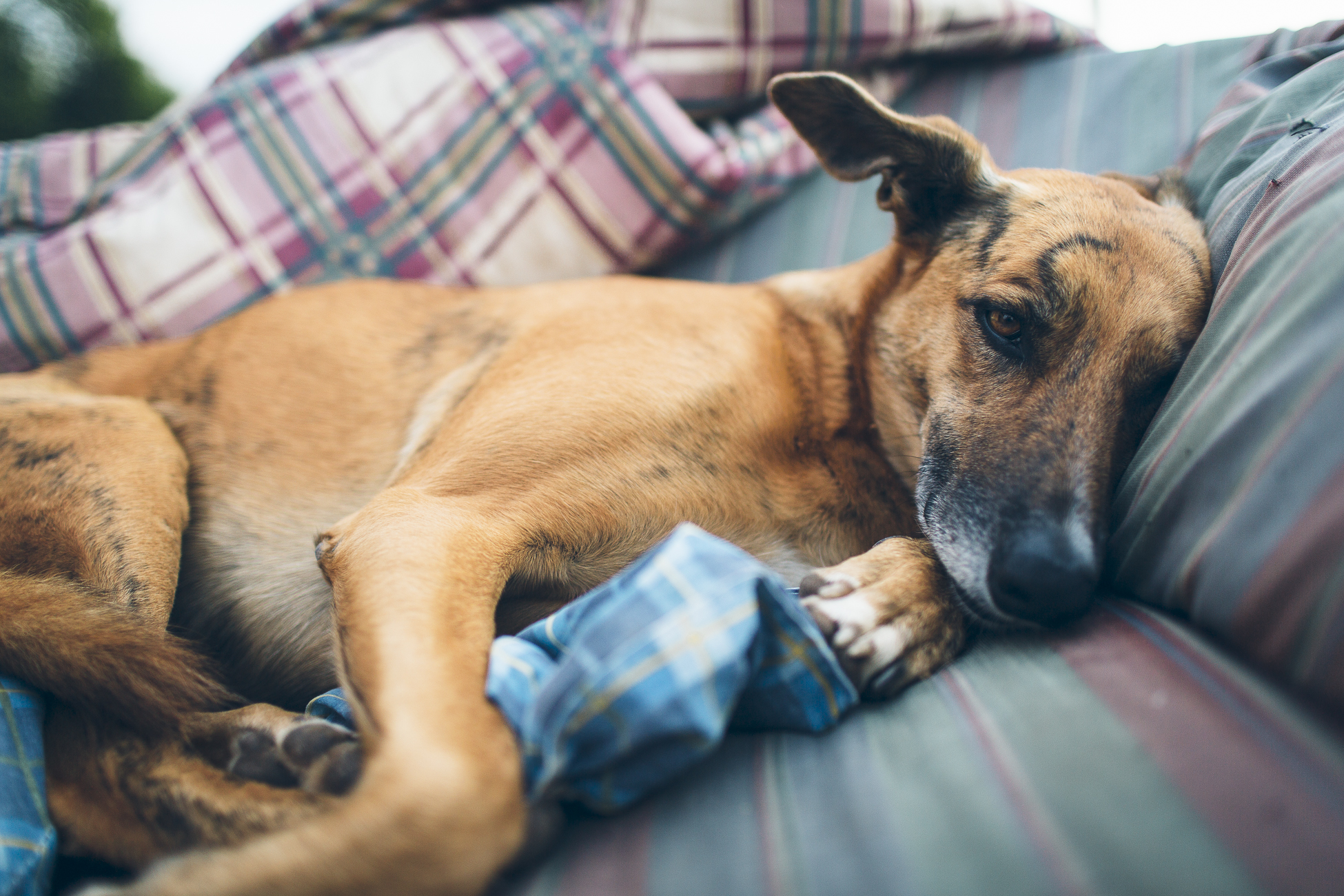 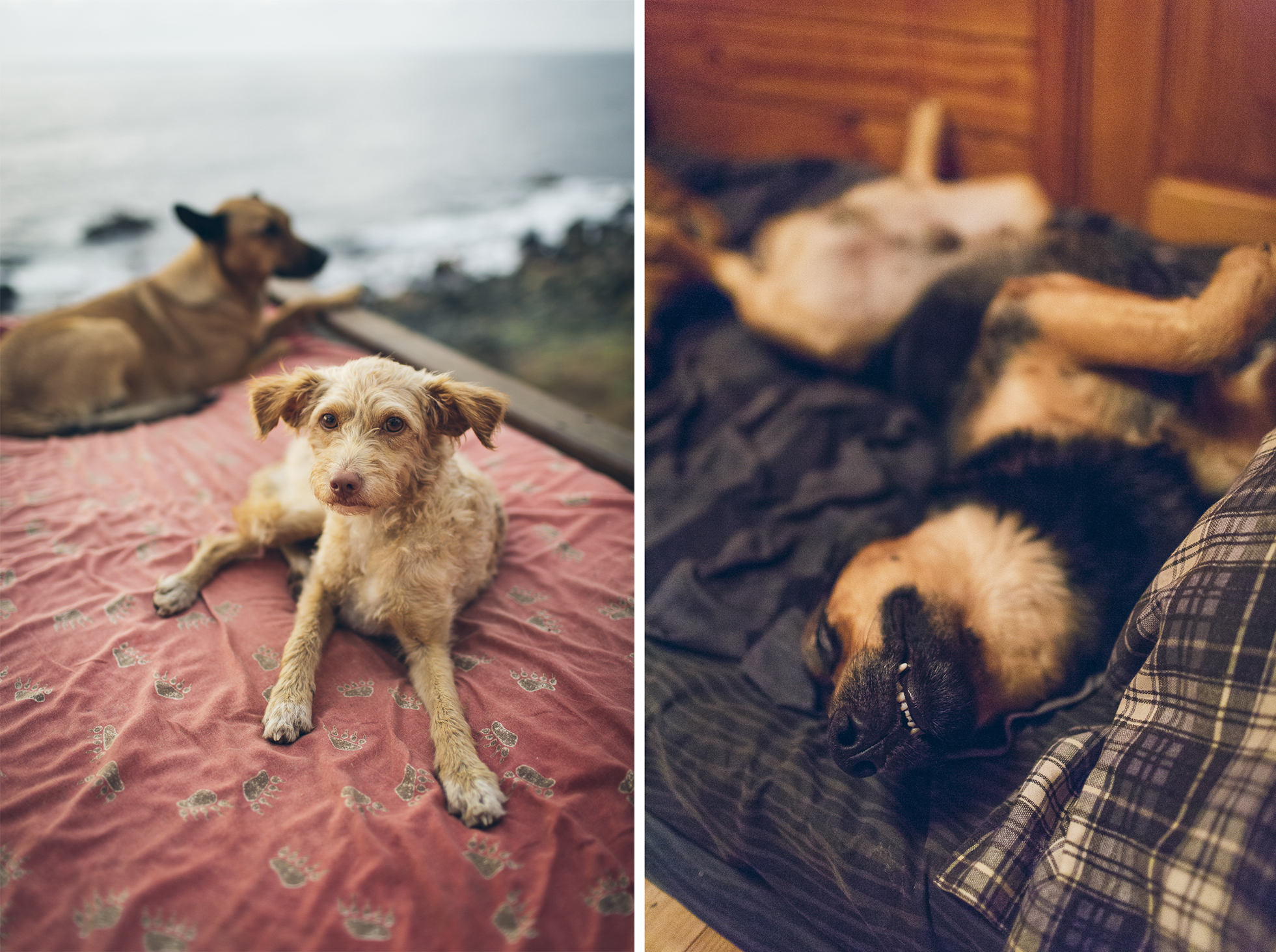 The dry coast really suited us with its lack of humidity, making for easily tanned limbs and quick drying laundry. From the wooden patio we watched Chilean men hauling loads of seaweed onto the rocky beach to dry, eventually to be sold locally and abroad. Sea salt was plentiful, and a quick scramble down to the rocks was all it took to fill up our jar. The beach was filled with spiky cacti, wildflowers, and shells of all sizes and shapes. My favourites were the tiny periwinkle blue ones, which I couldn’t help but grab a handful of each time we explored the coastline. Behind the house the landscape was quite different: fragrant eucalyptus, pine trees, and a ton of dry needles and low scrub filled the hills leading up to the highway. The setting was quite beautiful with the hearty trees bordering the surf, which sloshed over giant rocks and gathered in kelp-filled pools. Earthquakes became a semi-normal occurrence for a couple of weeks; glasses, dinnerware, and cups shook on the kitchen shelves. 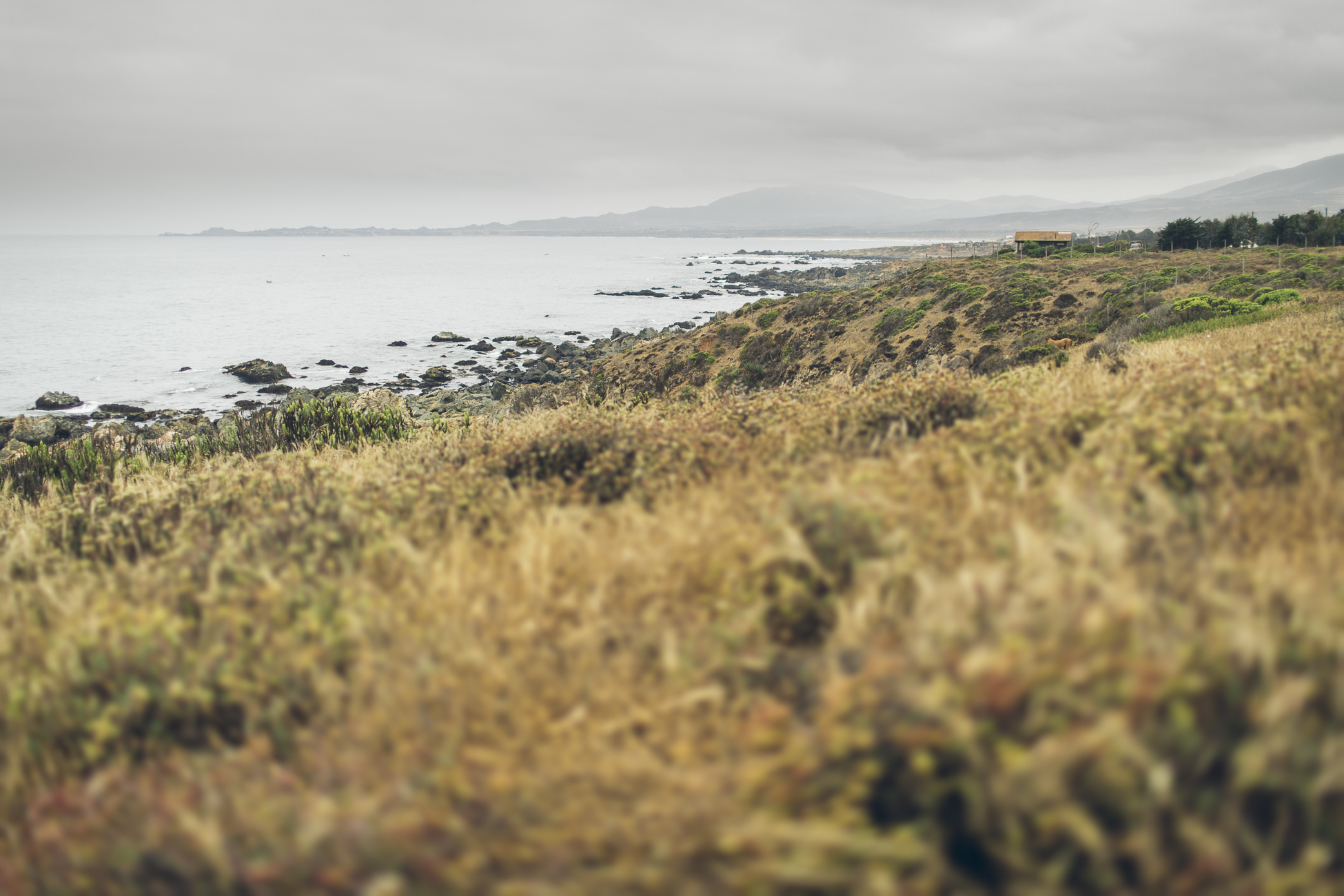 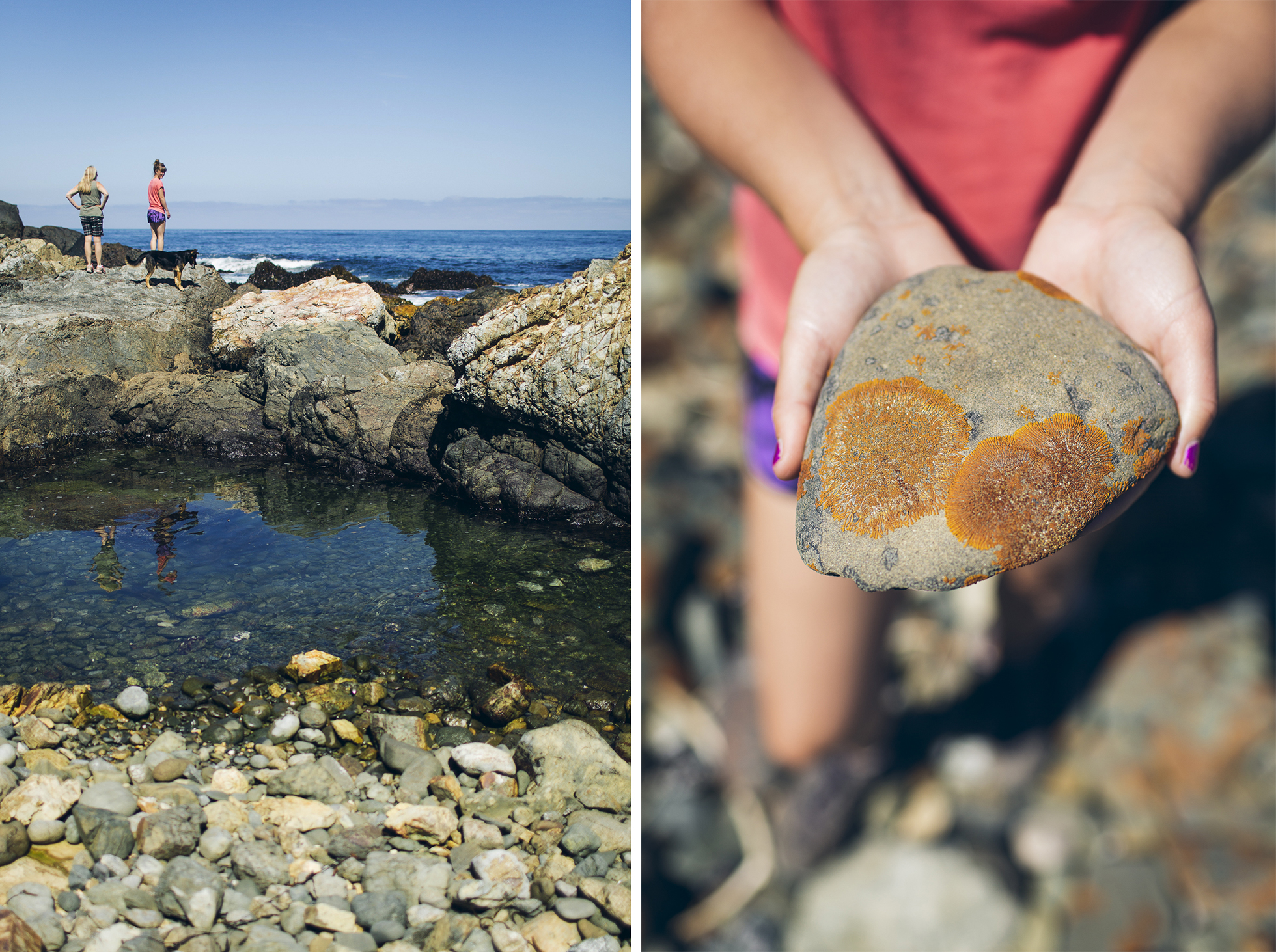 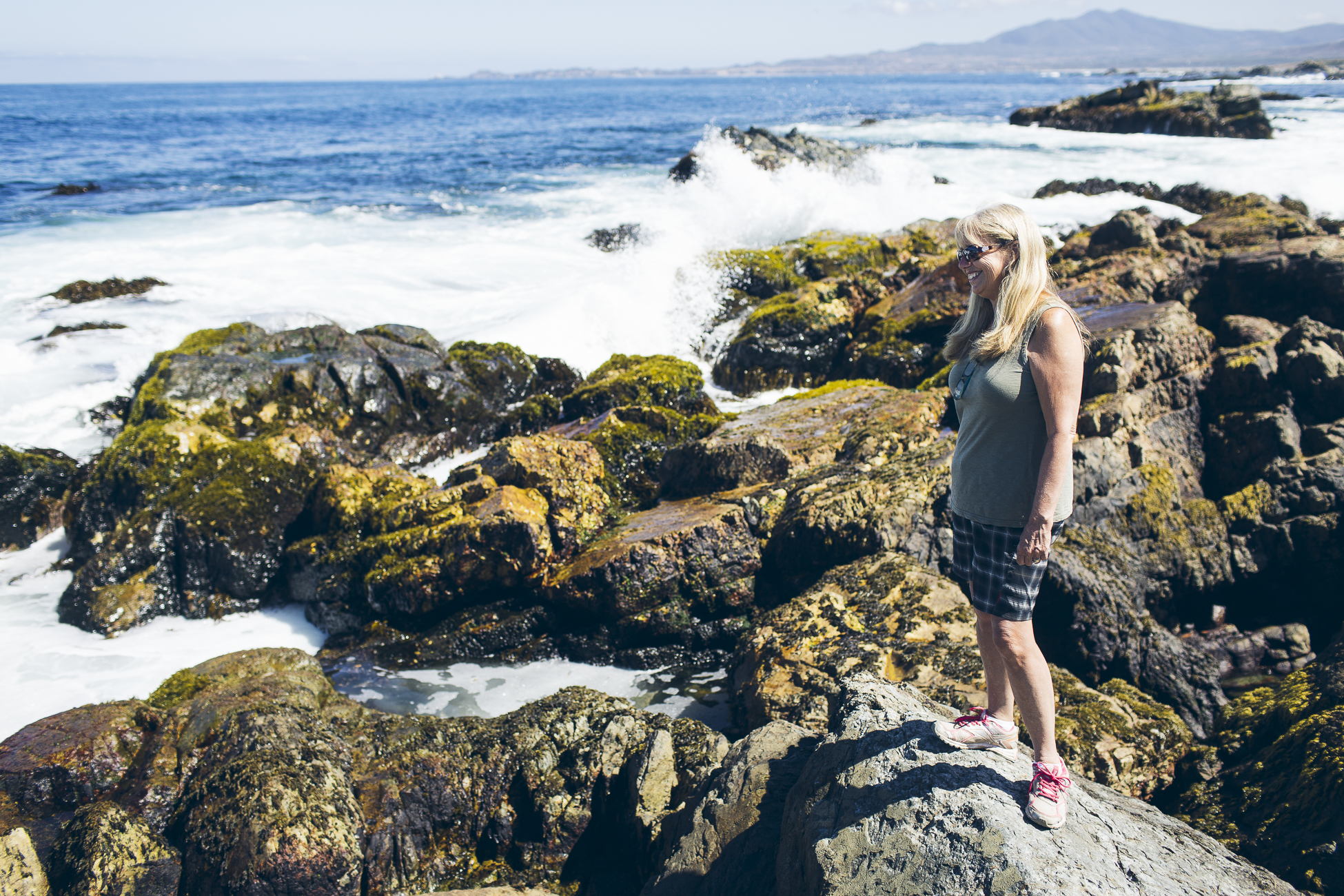 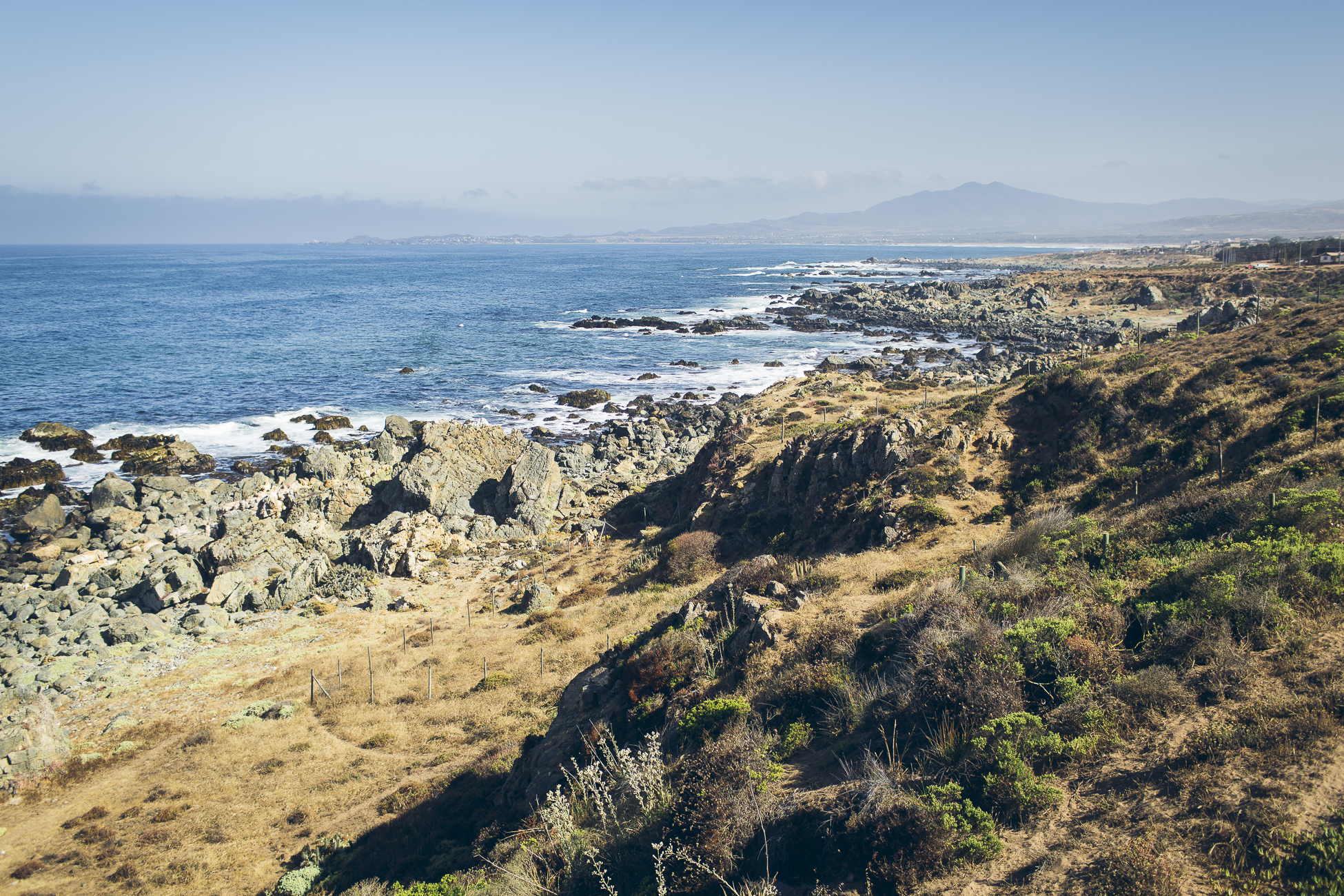 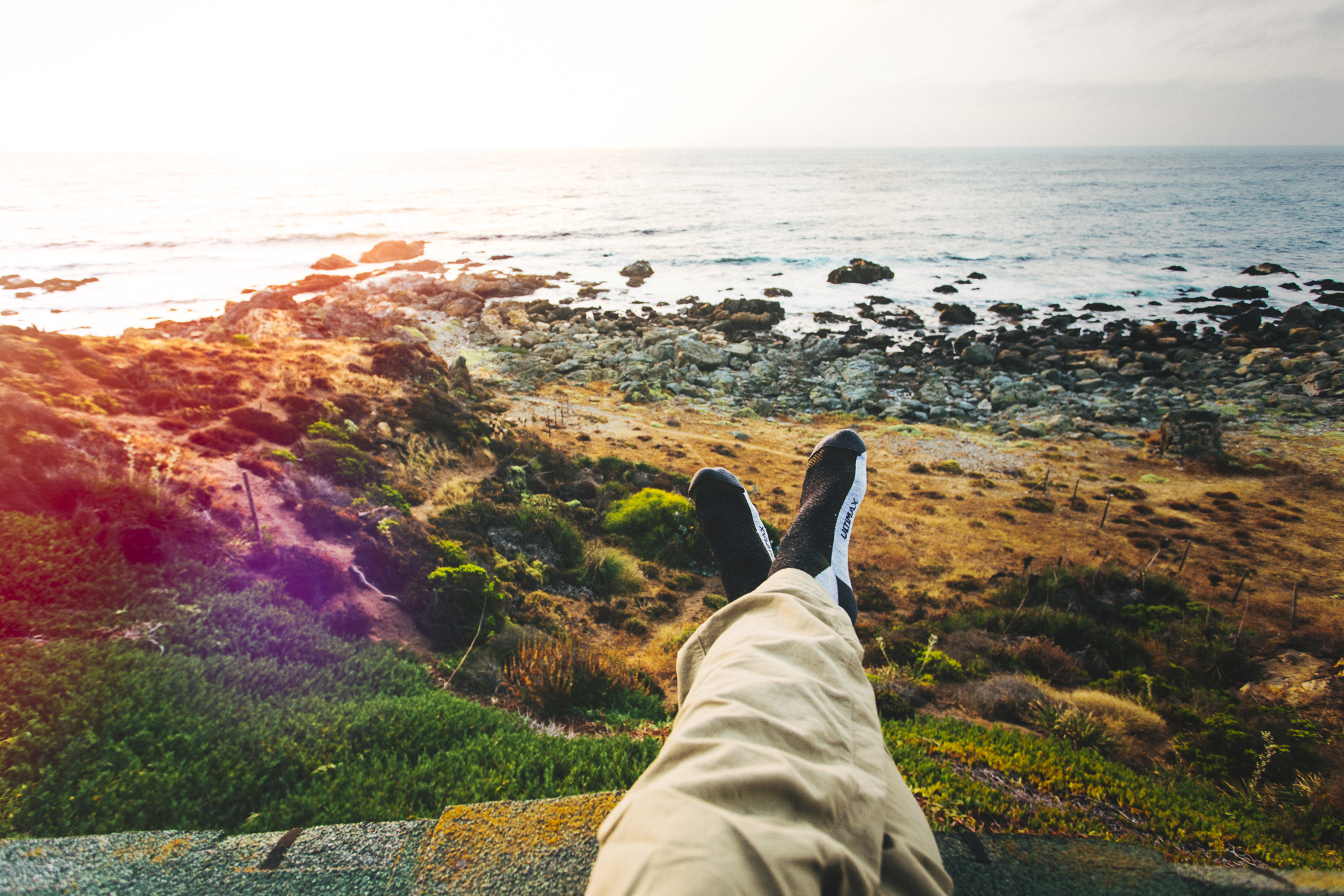 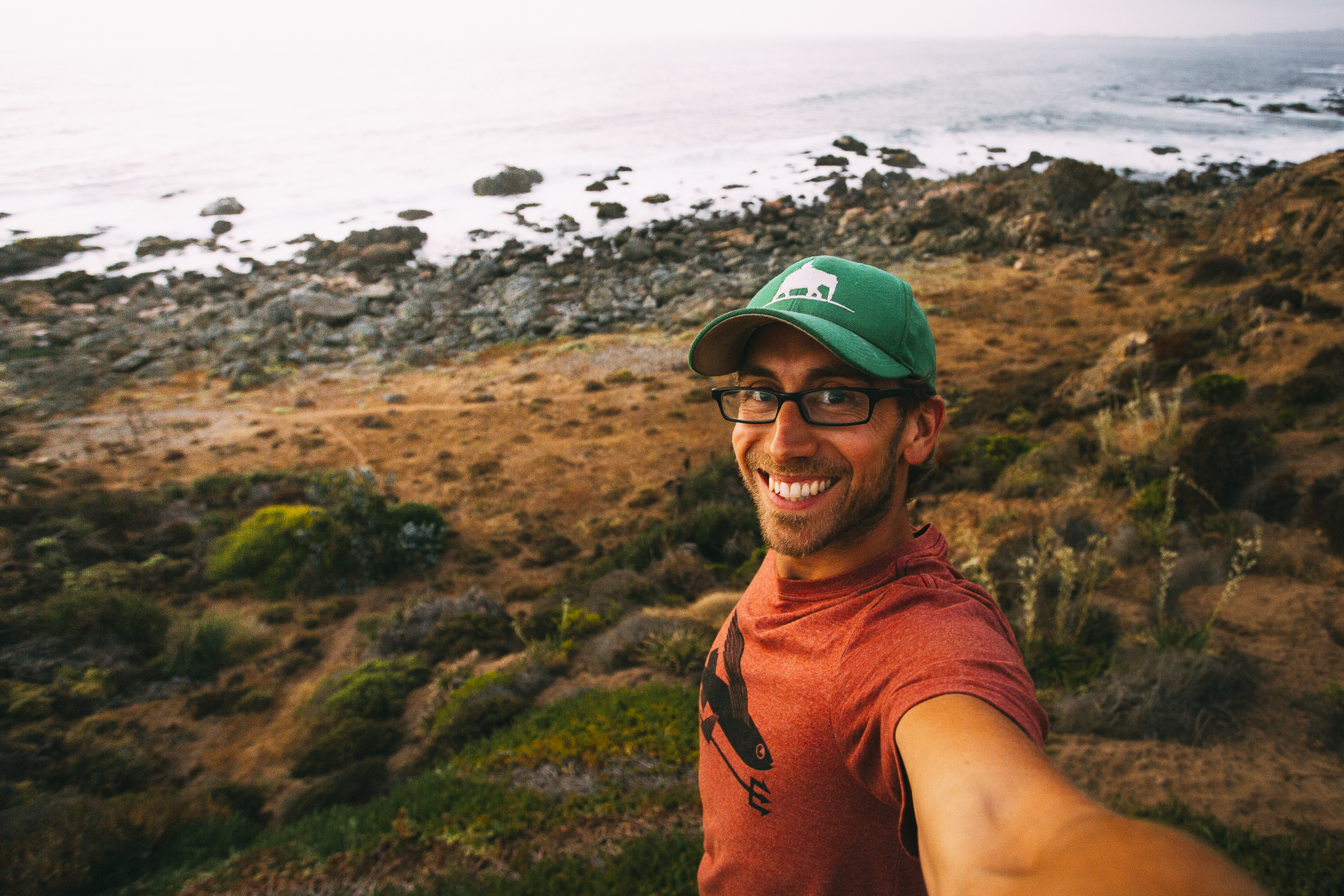 Having a legitimate kitchen with an oven and running water was a real treat.  We cooked every meal every day. 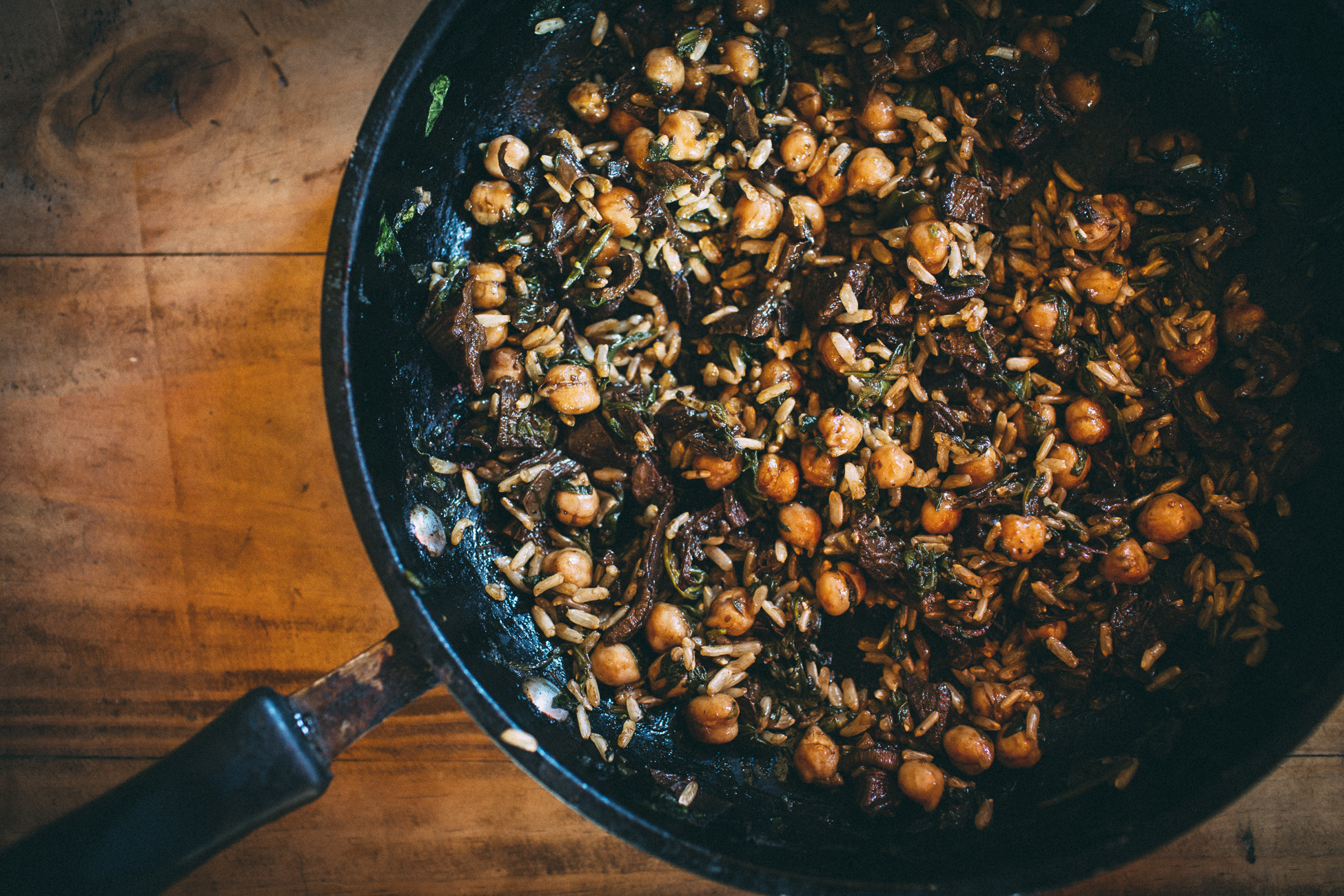 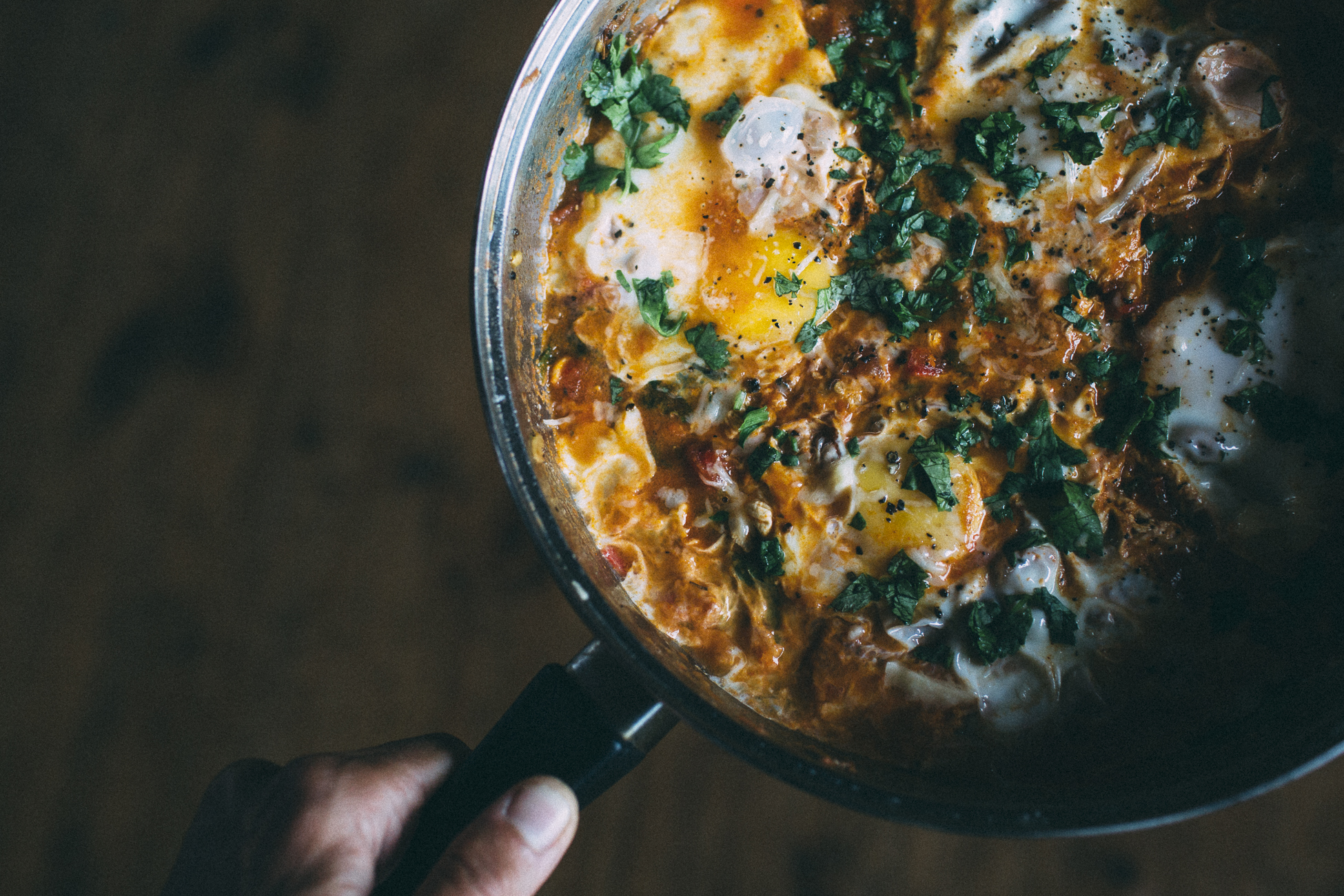 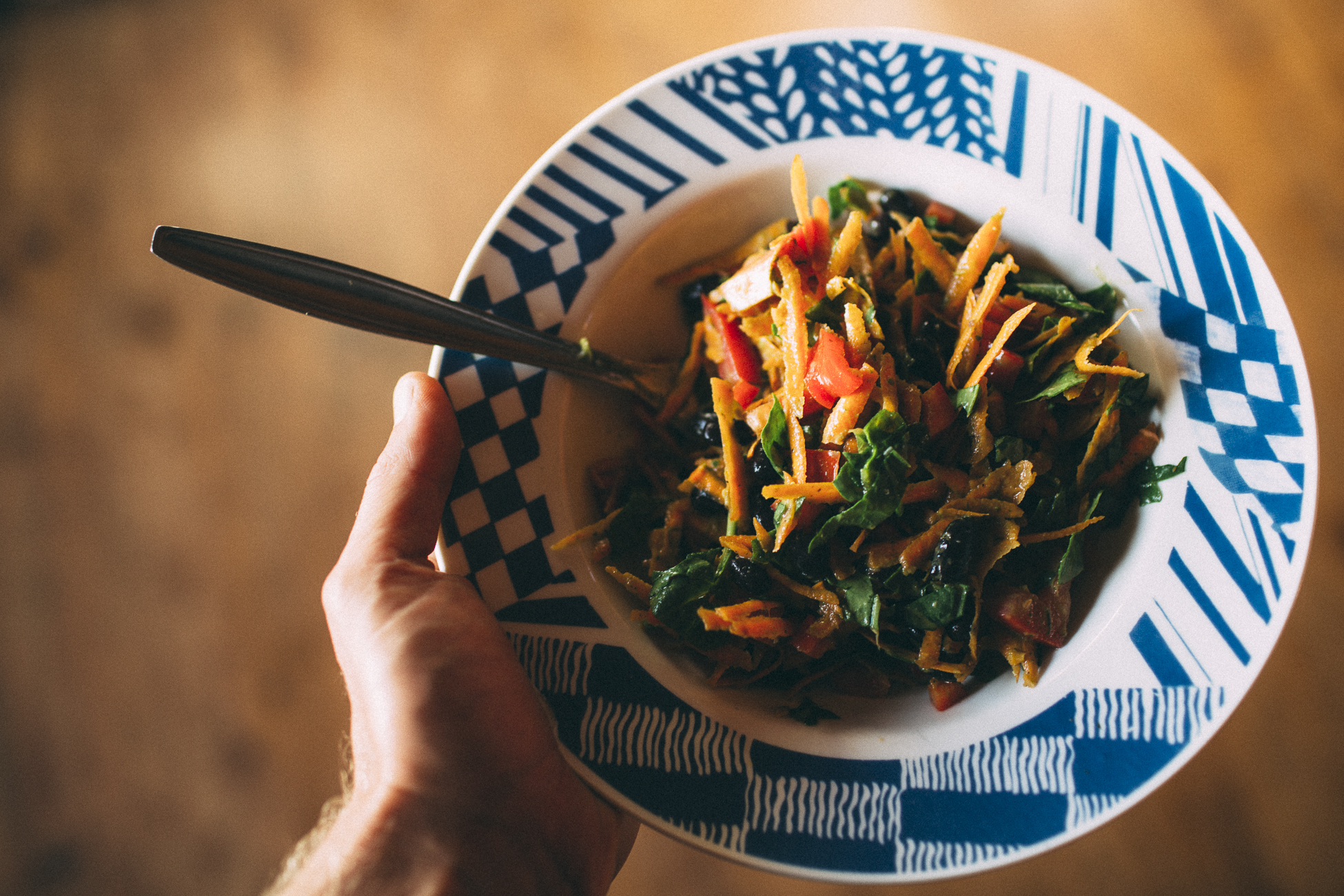 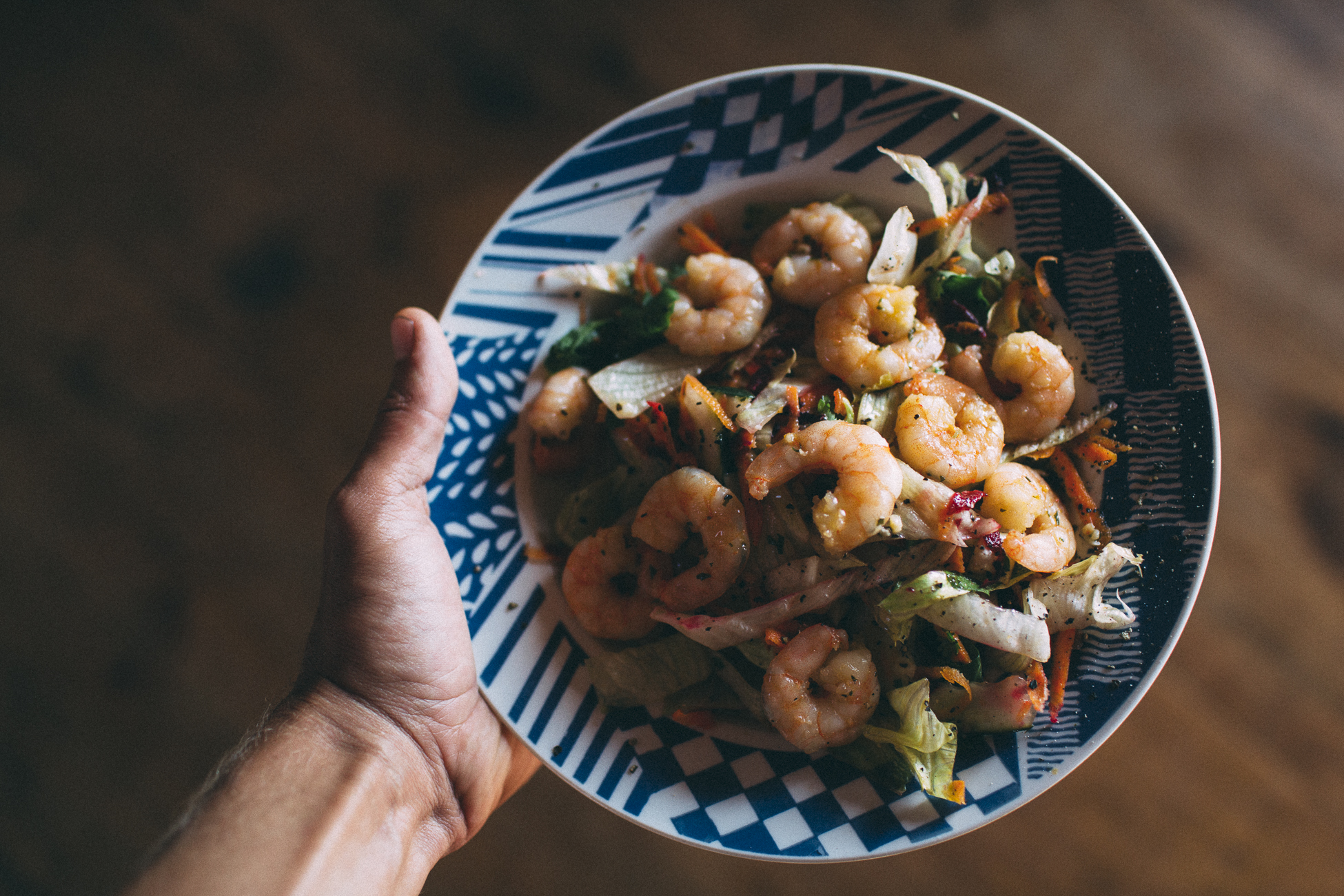 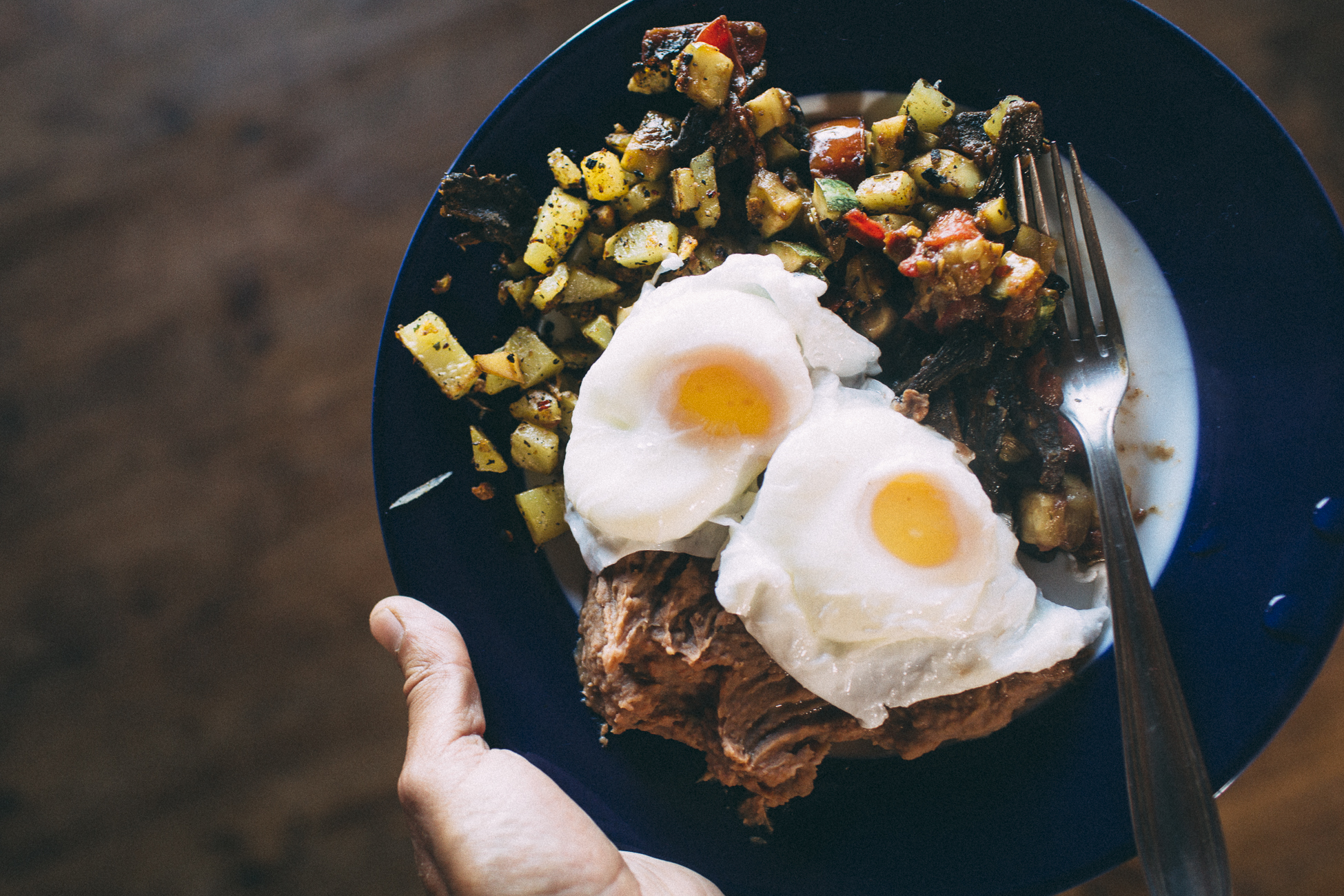 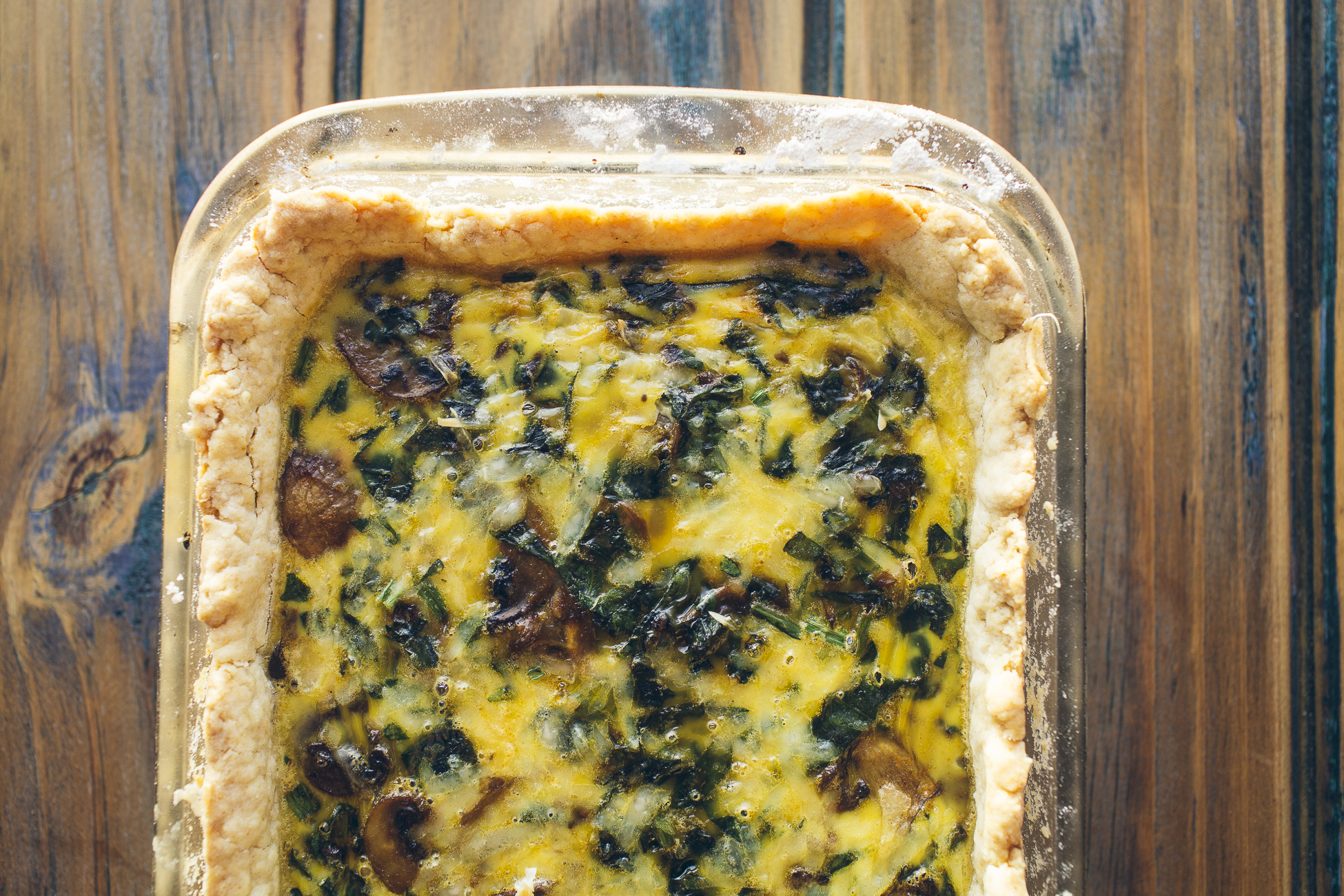 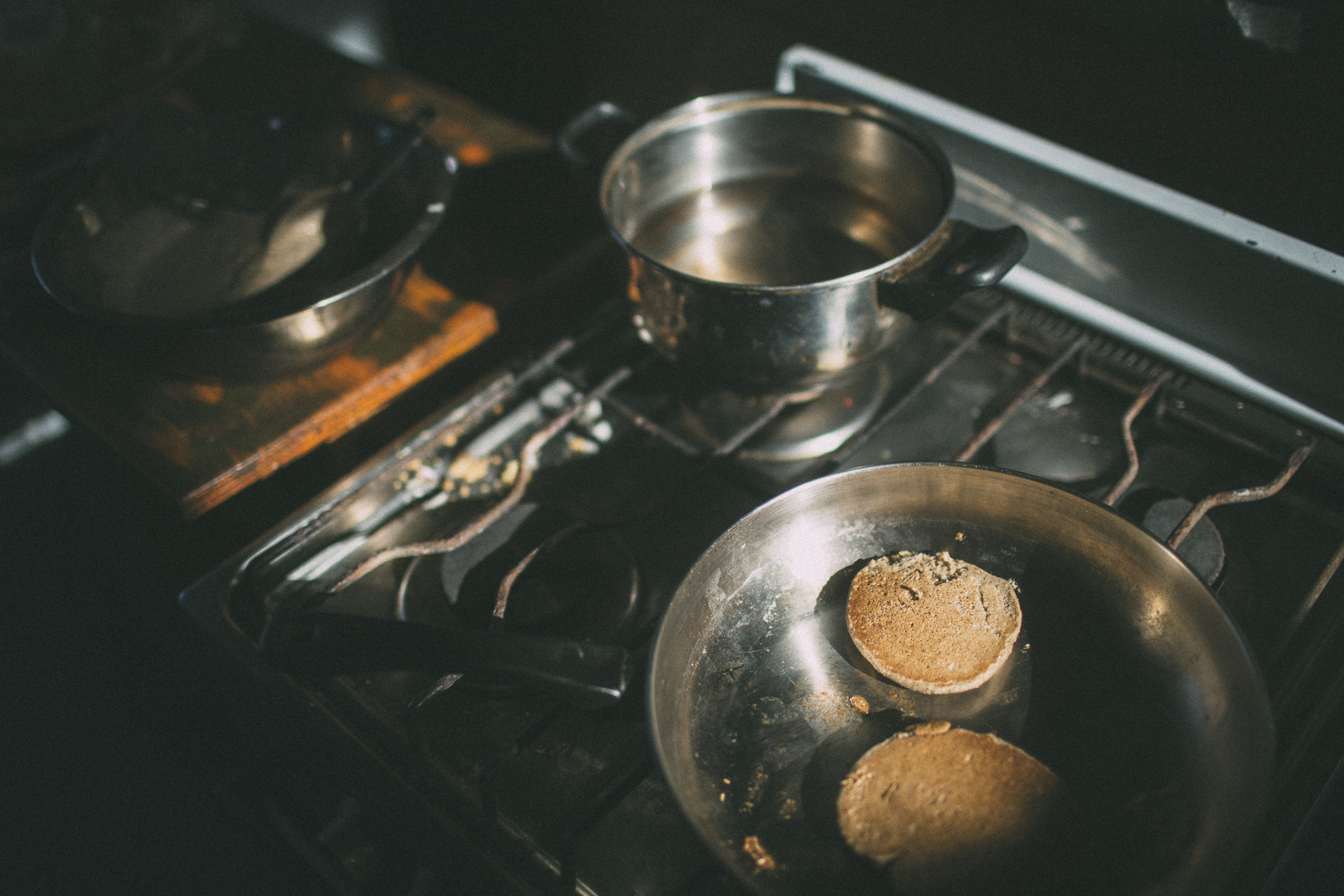 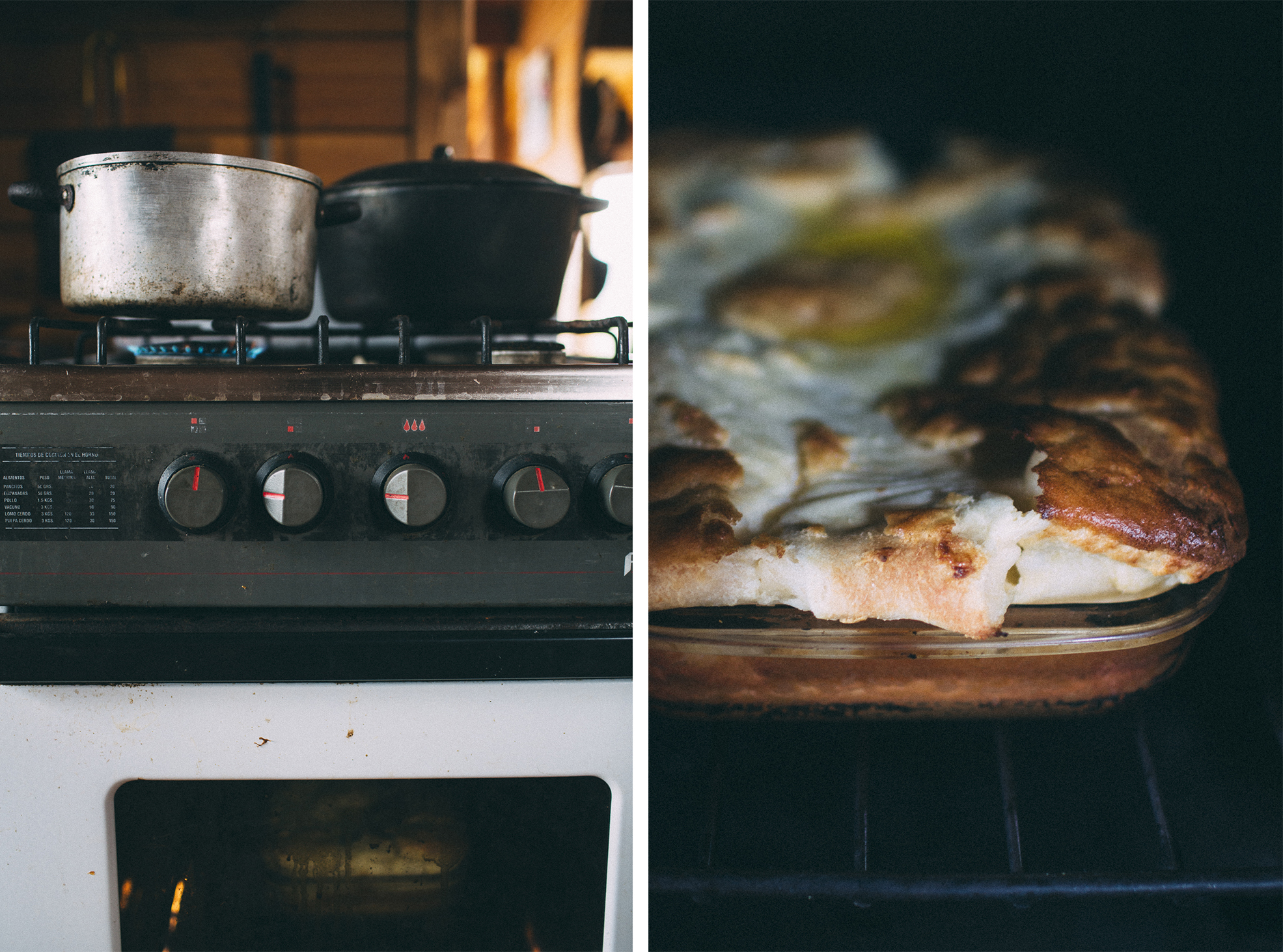 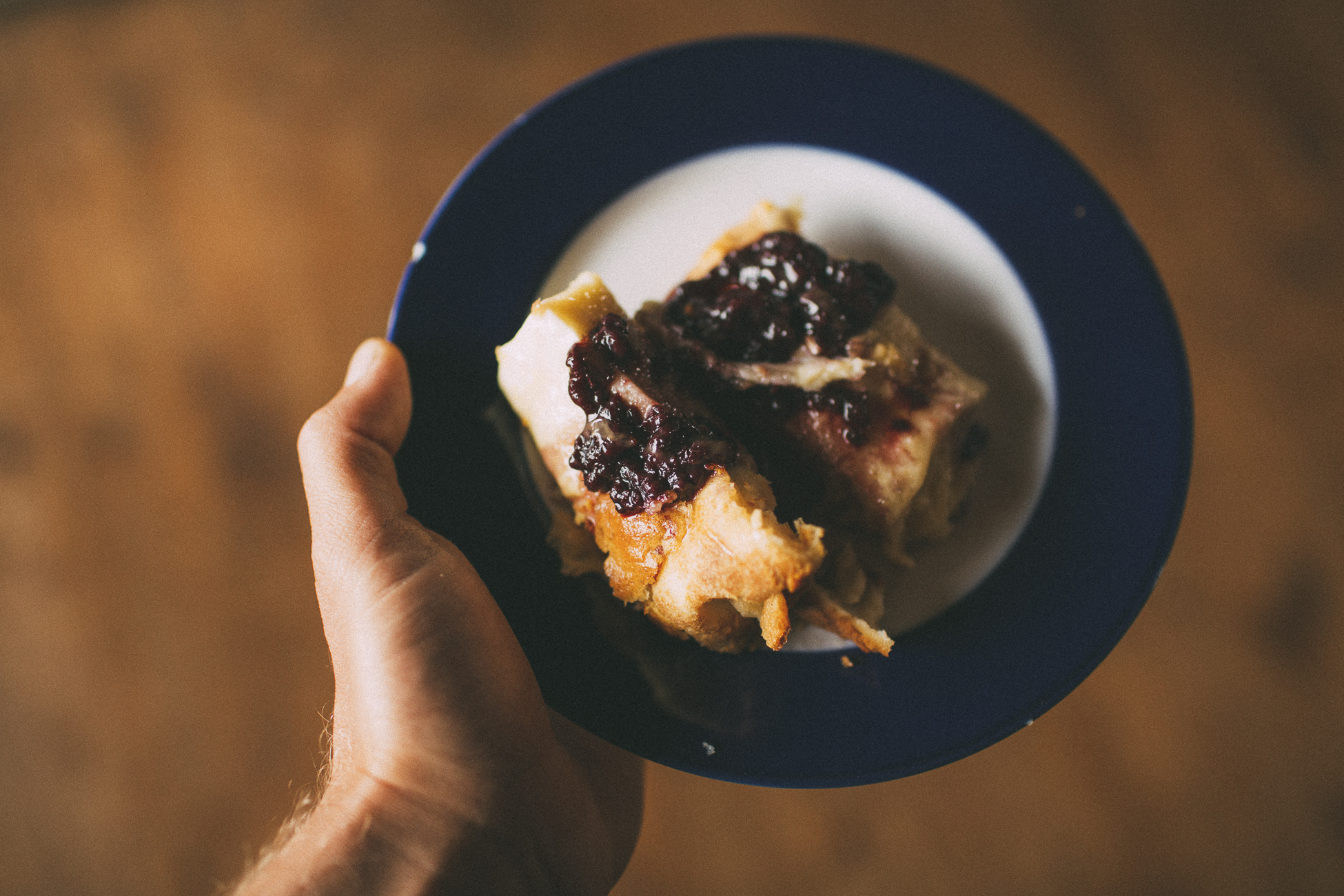 When we left Vancouver to start the South American leg of this trip we knew we wouldn’t be returning.  Eventually we will find a home elsewhere, perhaps in a smaller town in British Columbia. The city is a beautiful thing: its energy, the endless possibilities, the availability of just about anything you could ever want or need, and no shortage of things to do.  This trip has made us realize that our wants and needs have changed, and we feel brave enough to cut our ties with the city in search of something different.  We crave a quiet and peaceful space where we have easy access to the great outdoors.  We want a community and to know our neighbours other than a quick hello in an elevator.  One thing we learned from living at Lorraine’s place was that we can live in a semi-remote location and be perfectly happy– especially from a room with a view. 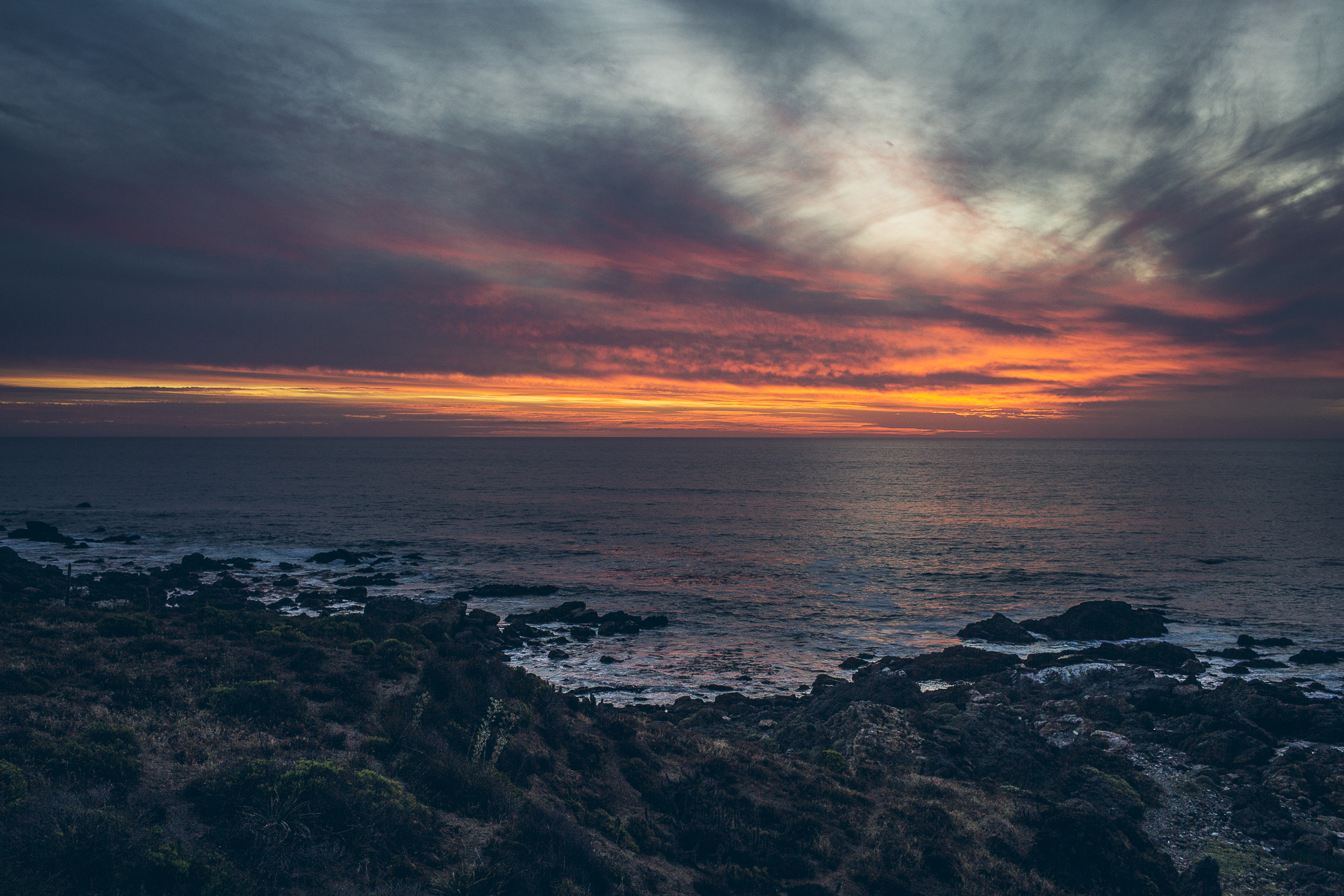