“Jungla de Panama Wildlife Center is a safe haven for injured, abandoned, or surrendered animals indigenous to the cloud forest region of Panama.  Jungla provides medical and rehabilitation services for wild animals and a safe and secure permanent home for animals who are unable to return to the wild.  Permanent residents are socialized for visitor interaction, used as therapy animals for local handicapped and autistic children, and provide unique educational experiences for students around the world.”

We arrived at Jungla for our volunteering gig and the owner, Dorothy, immediately handed us Tyra, a two month old baby howler monkey, and a bottle.  All right, it looks like we’re feeding a howler monkey today!  Tyra was a serious handful and took plenty of our attention.  She was constantly trying to run back to her original surrogate mother Dorothy, but we did our best to keep her occupied and fed.  She seemed to feel most comfortable cozied up in Ashley’s hair.  Just like a real monkey mom! 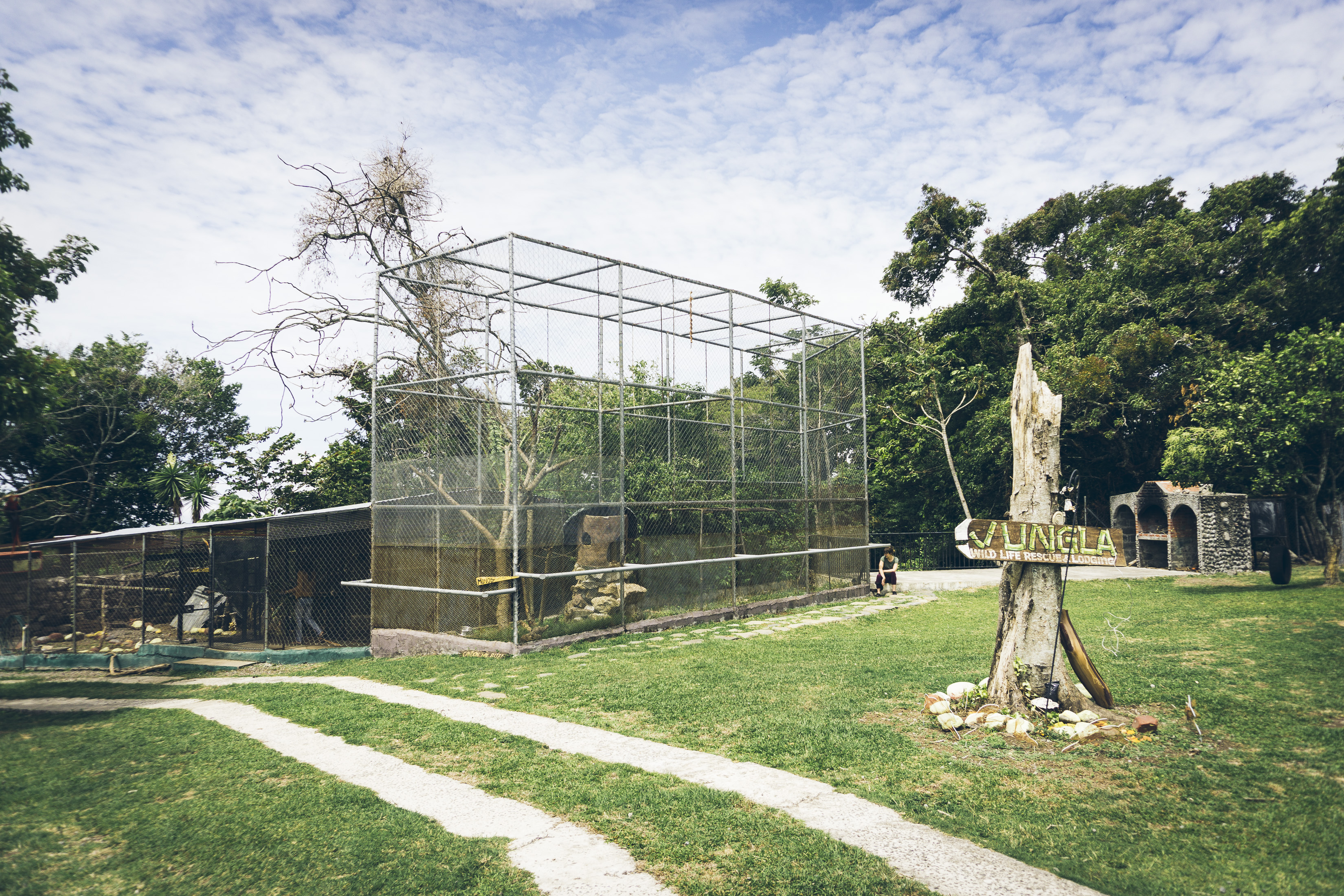 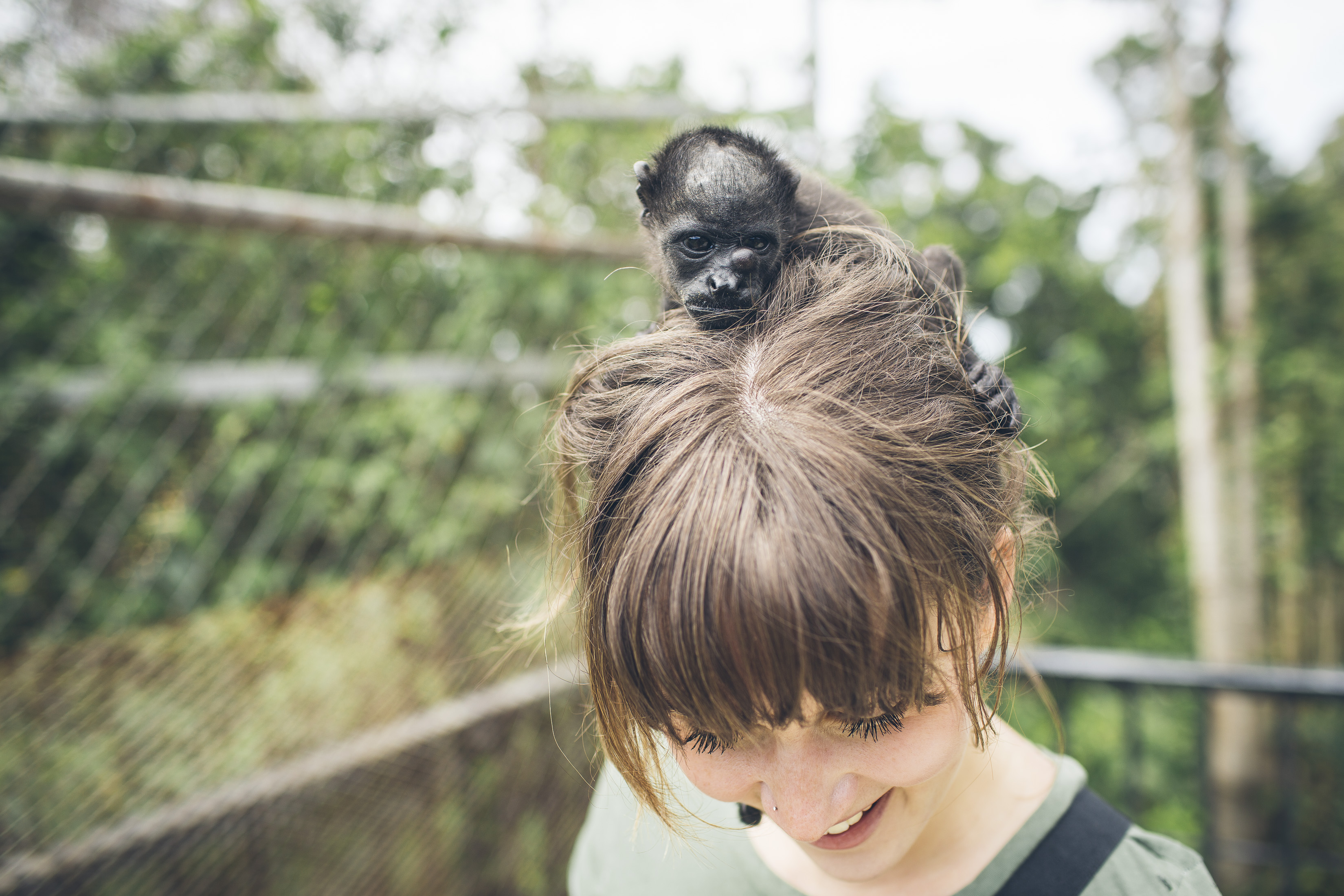 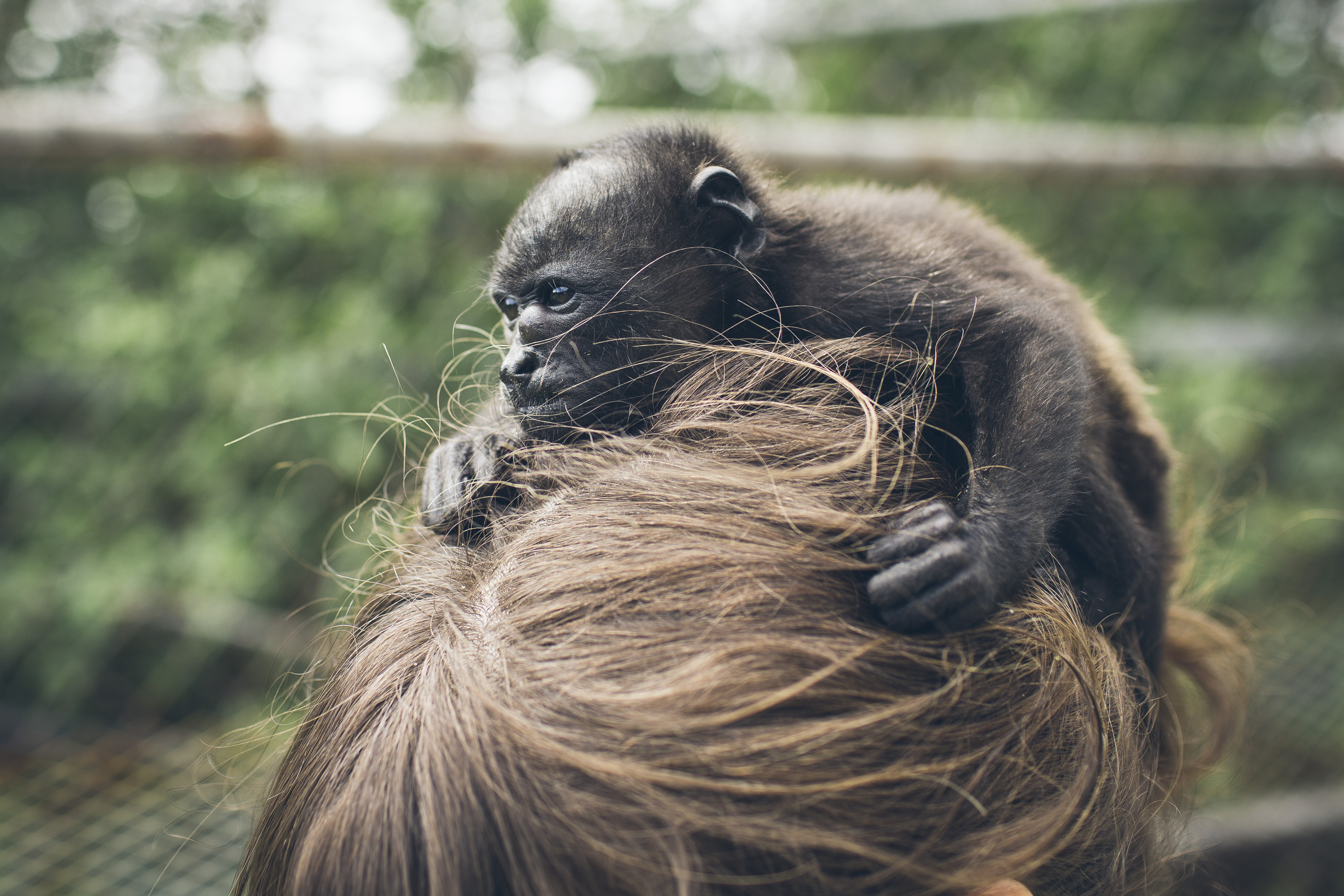 We met Daisy the resident spider monkey who had been abused for much of her life before Jungla.  Daisy would take any opportunity possible to wrap her tail around your leg or hold your hand.  Ashley sat with Daisy for almost an hour just holding her hand and petting her tail.  It was definitely hard to tear ourselves away from that sweetheart of a spider monkey. 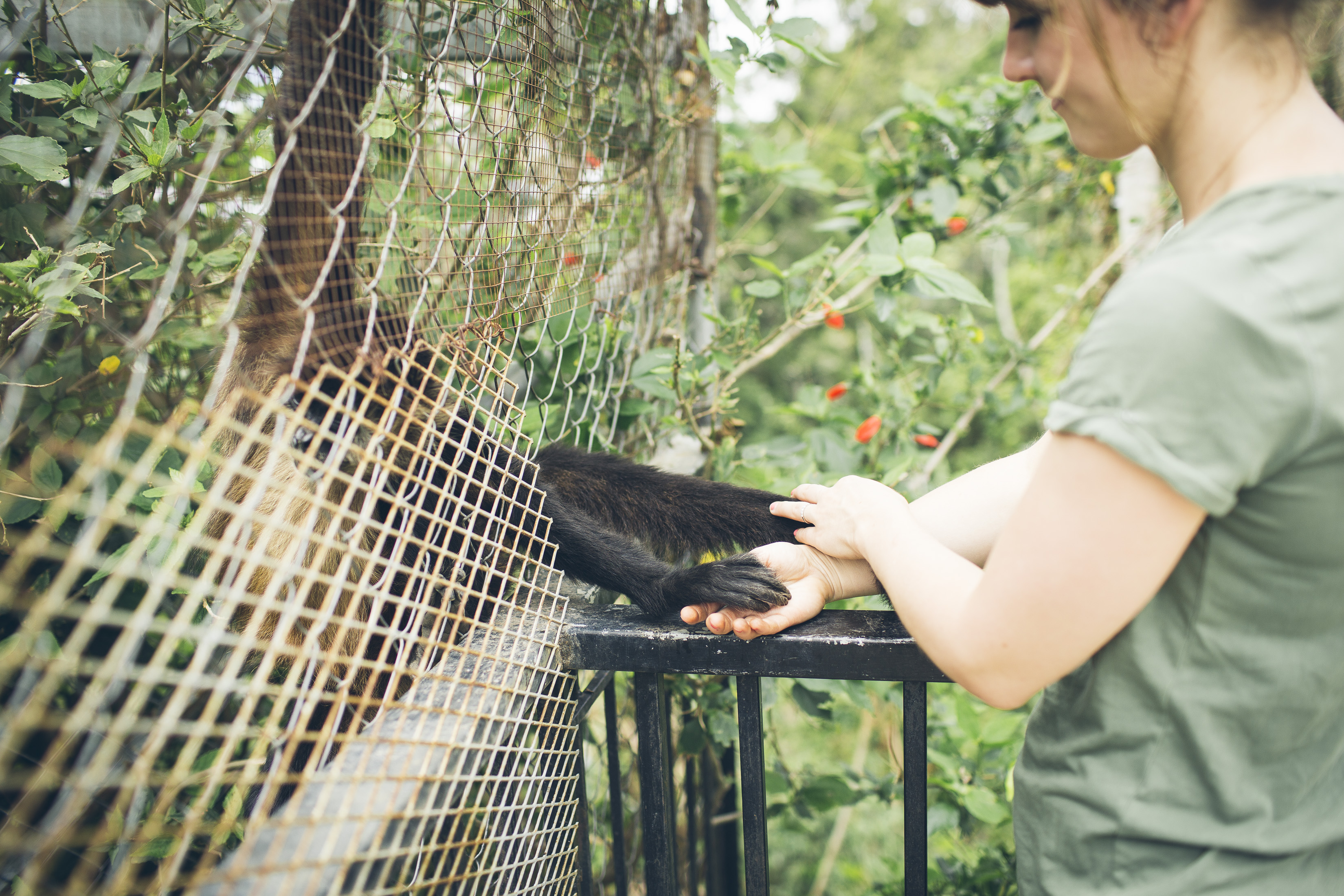 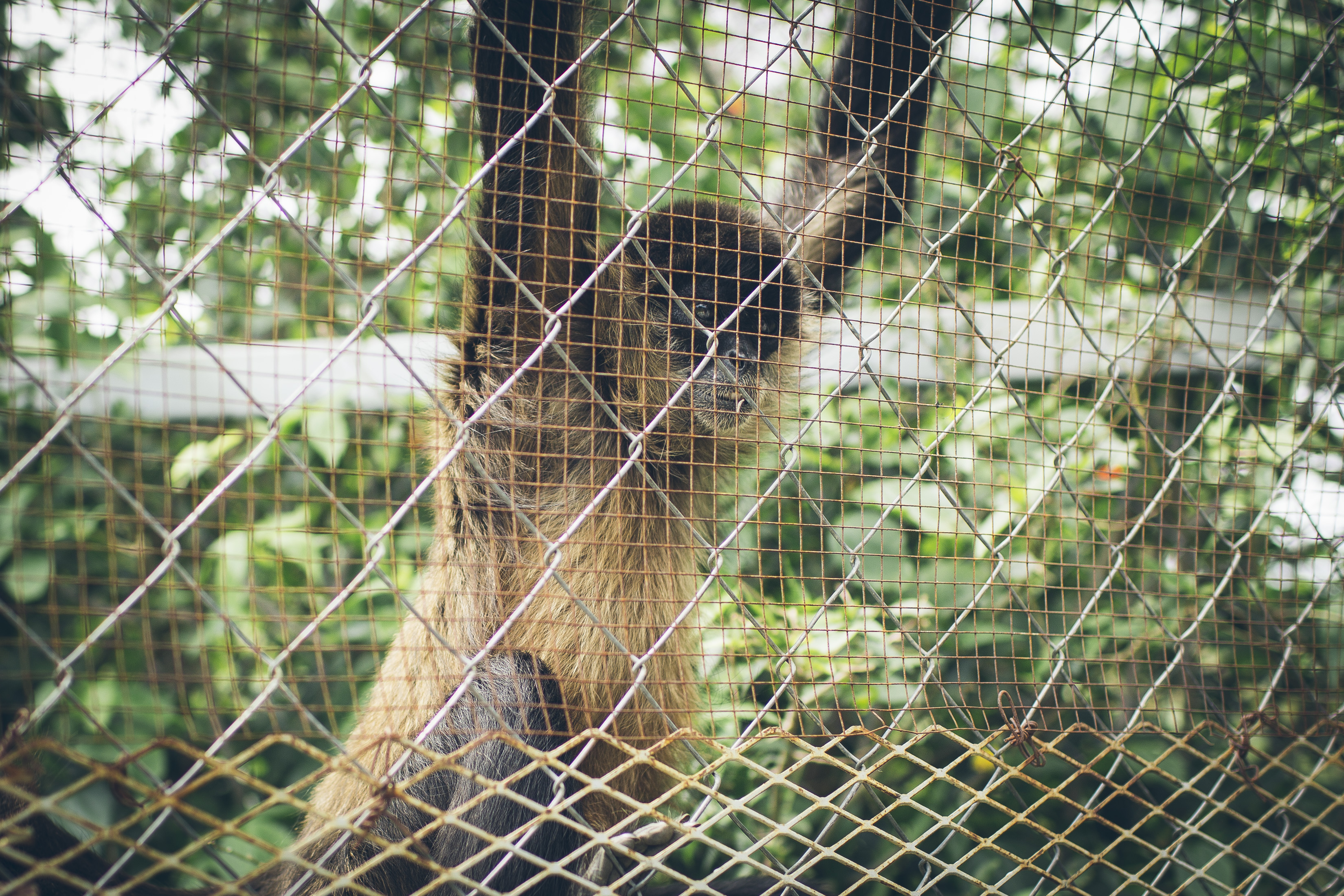 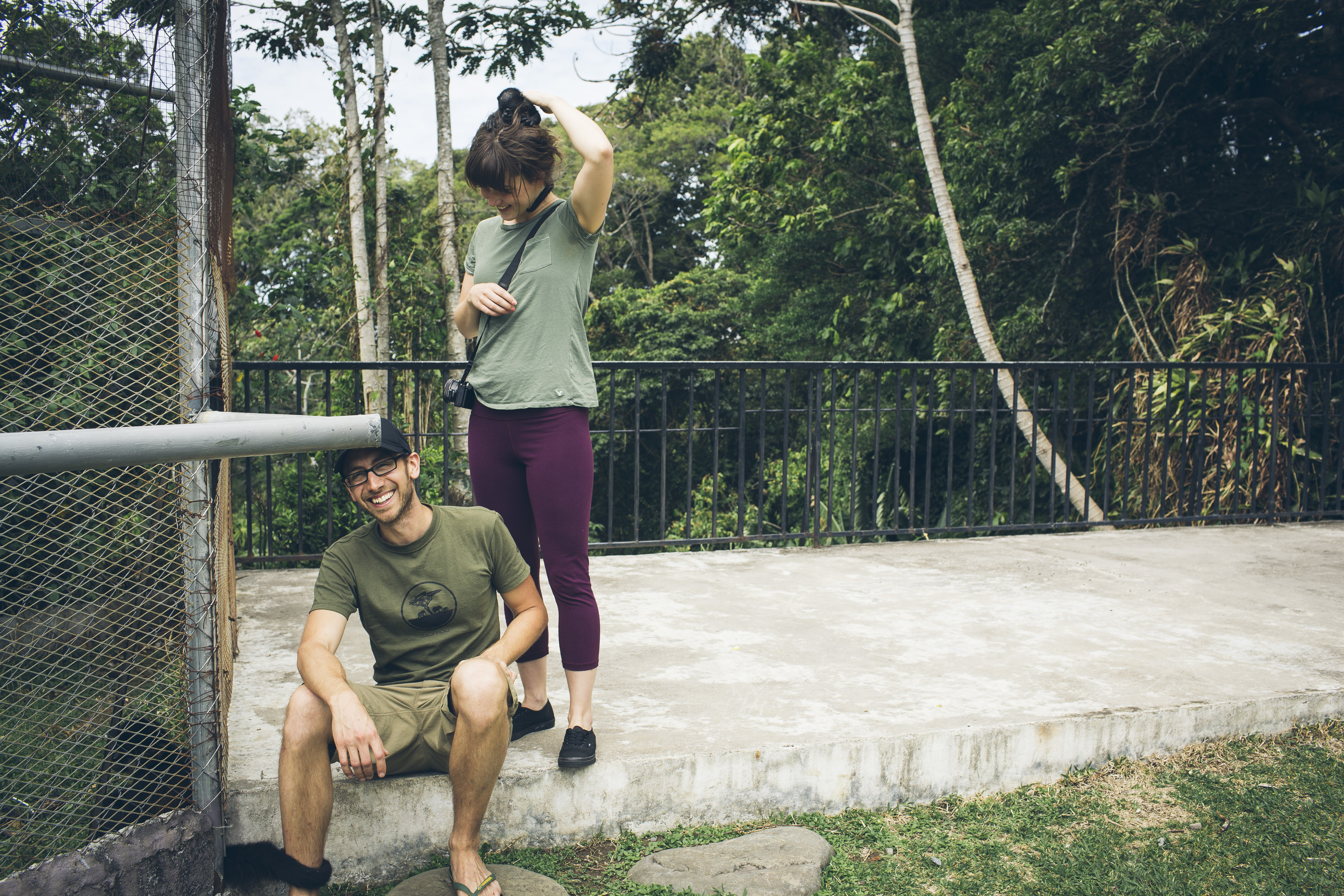 We also met Pedro, a speckled owl who had damage to his wings and eyes before coming to Jungla.  He is recovering very well and should be released soon.  In the meantime he gets fed by hand and we were lucky enough to (tentatively at first!) feed him some meat.  We had never seen an owl close up before!  This checked a box off the bucket list that we didn’t know existed.  Just awesome.

Overall, our time at Jungla was an unforgettable experience.  Dorothy has created an amazing sanctuary for these animals and we’re really grateful that she allows guests to really interact and learn about the animals here. 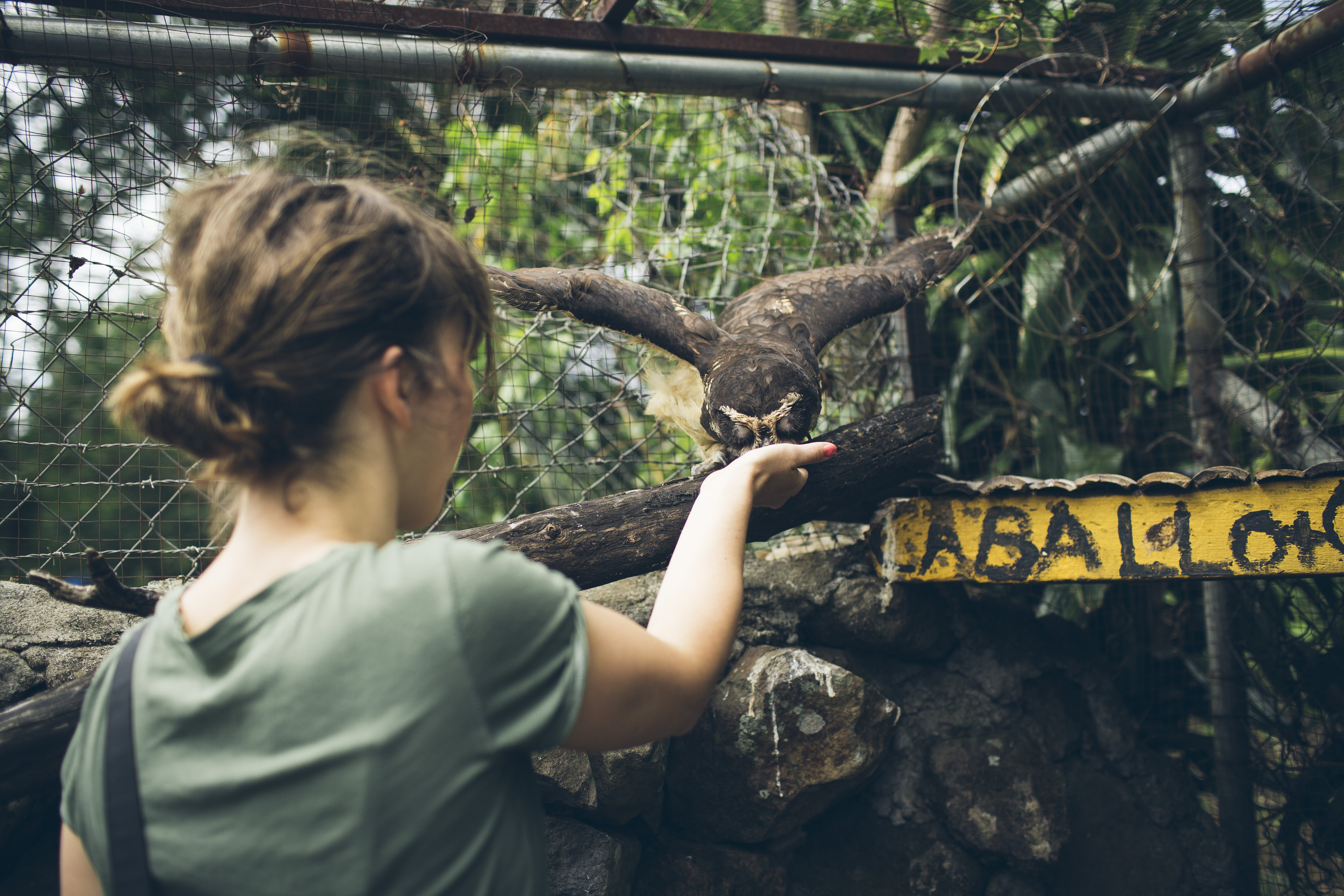 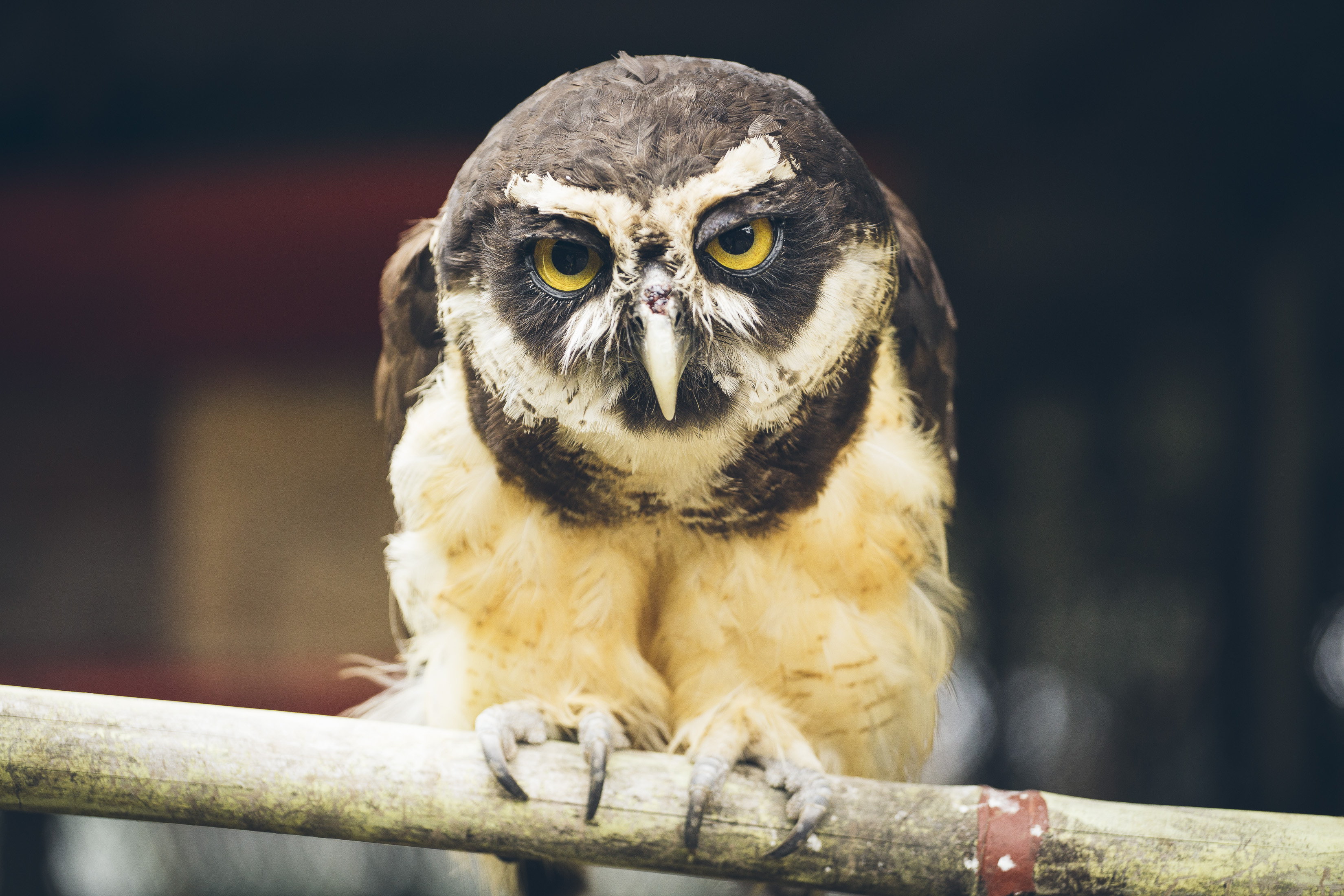 Some animals (like Casey the macaw) will spend the rest of their lives at Jungla, but Dorothy does her best to return 90% of them to the wild. 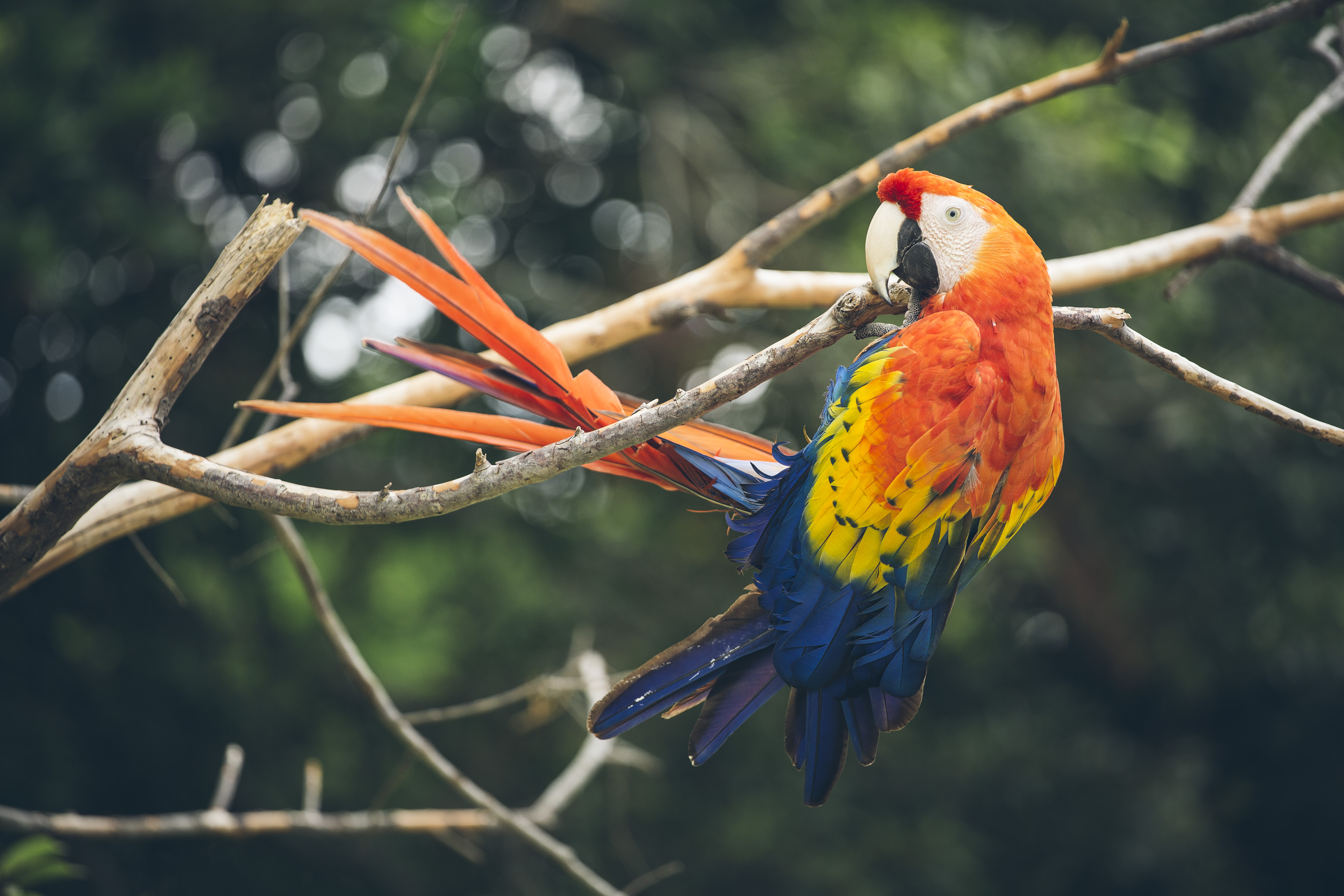 We really admire Dorothy for the one-woman show that she has going on here.  Her entire day was spent answering emails and phonecalls, showing guests around the property, and constantly caring for the animals.