Upon entering the outskirts of La Paz, we navigated Little Red through a ton of road construction, detours, and dust. Luckily we found a road that skirted around the outside of the centre of La Paz, which had great views of the sandy-coloured and sharp vertical rock formations that are common in the area. 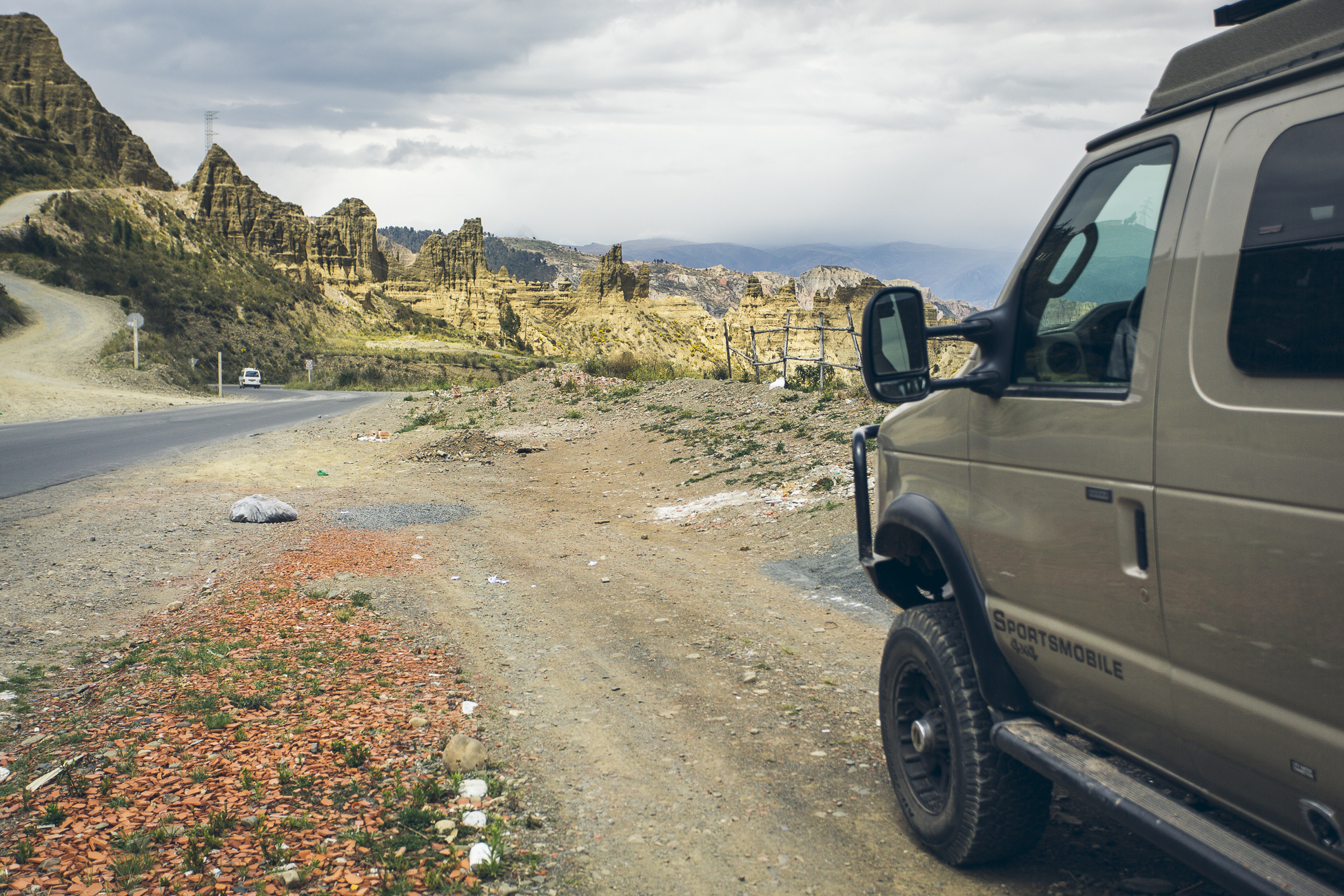 We also casually started the search for gasoline. Oh, there were plenty of gas stations around but none had fuel that they would sell to us.

Here’s the scoop about gasoline and diesel in Bolivia: it is illegal for gas stations to sell to foreigners. Due to the low gas prices in Bolivia and relatively more expensive prices in the surrounding countries, I guess the government doesn’t want foreigners transporting their cheap gas (about $3.48 Bolivianos, $0.70 CND) out of the country and selling it. So some gas stations will refuse to sell to foreigners, some will sell it at the tourist rate with a mandatory receipt, or you can negotiate for a lower rate without a receipt. The tourist rate for gasoline is around $8.68 Bolivianos per litre (works out to about $1.73 CND), but we would typically negotiate for closer to $7 Bolivianos or lower. Most of the gas stations around La Paz have security cameras and will refuse to sell gas to tourists. We had the best luck farther away from La Paz, with the exception of one gas station close to our campsite. When they do sell you gasoline, the Boliviano attendants get really paranoid (obviously, because they are risking their jobs) and you have to rush away once your tank is full. We also heard some overlanders had success with parking around the corner and bringing just a jerry can to the fuel station. We tried this but had more luck just driving up and negotiating a price.

We stayed at the epic campground situated about an hour from the heart of La Paz, called Colibri Camping. We had a view of the valley below, rocky red mountains across the way, clean bathrooms, hot showers, a kitchen, and wifi. We met Ellie, a lovely gal from the Czech Republic who was volunteering at the campground, as well as the friendly and helpful owners, and a group of other volunteers who were working at different organizations around the area. We had been in touch with Chris and Mallary, who we originally met in Peru, as we wanted to convoy together through the Salar de Uyuni (salt flats) and remote Southwest Circuit in Bolivia. We were greeted with a friendly and good-natured remark regarding our Canadian nationality as we jumped up and waved to our friends with big smiles, glad to see them once again. 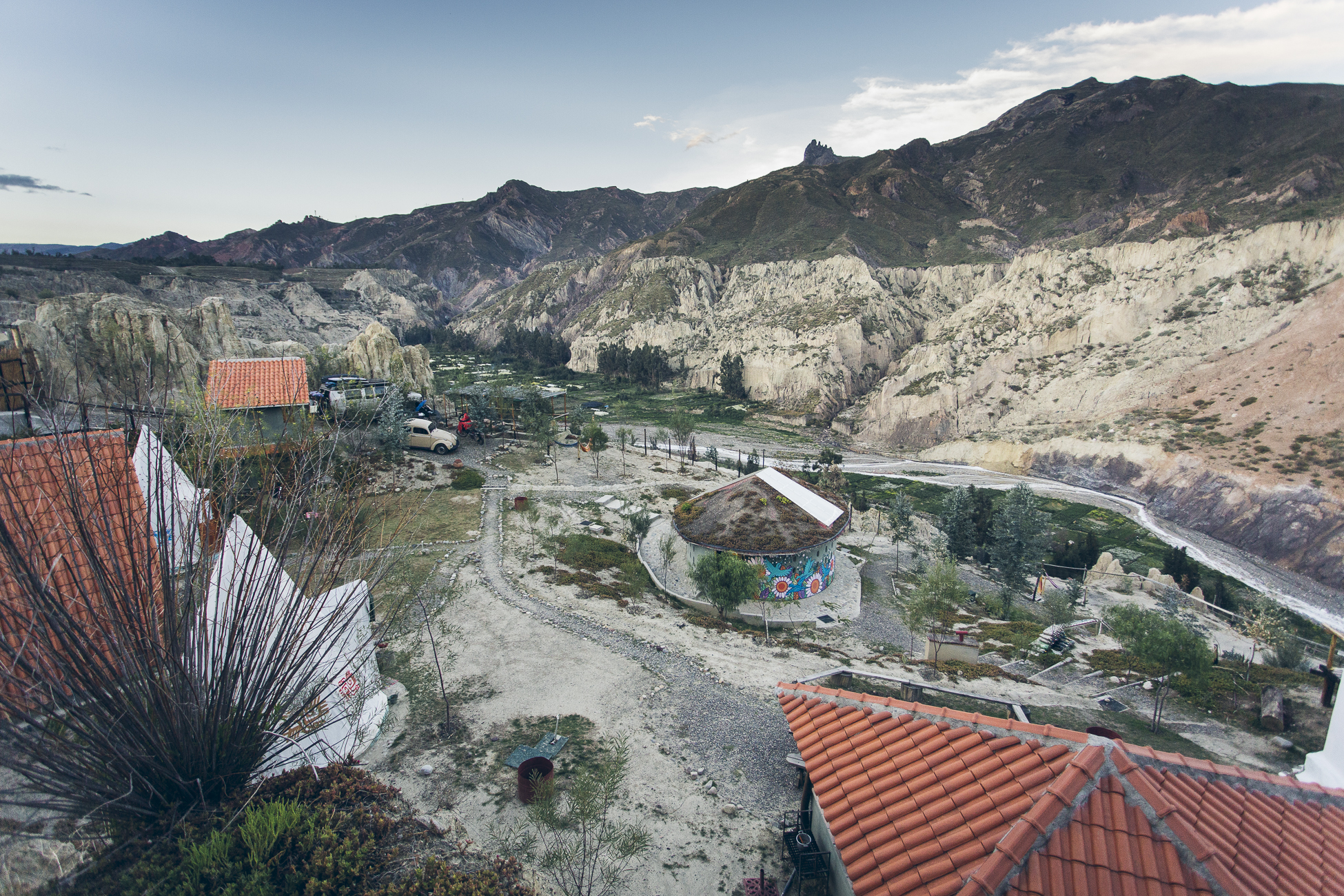 Our time in La Paz took us downtown, into the belly of the chaotic and traffic-heavy beast. The city is actually quite picturesque from afar, but don’t let that fool you. The centre is riddled with impatient taxi drivers, a maze of traffic and haze of air pollution, busy streets, a ton of honking horns, and local drivers who have never had to take a road test (literally, testing for drivers licenses weren’t mandatory until a couple of years ago). Despite Lima’s reputation as having crazy traffic, I think La Paz won out for us. We scurried around town obtaining our insurance paperwork for Bolivia, Argentina and Chile at the most legitimate insurance office we have been to on this trip, ate a great set lunch at Tierra Sana, and bought groceries at the amazingly well stocked Hyper Maxi supermarket. I think we only went into the city of La Paz twice during our time in the area. That was definitely enough! I feel like La Paz is one of those cities where you could live for 30 years and still not have the place figured out. 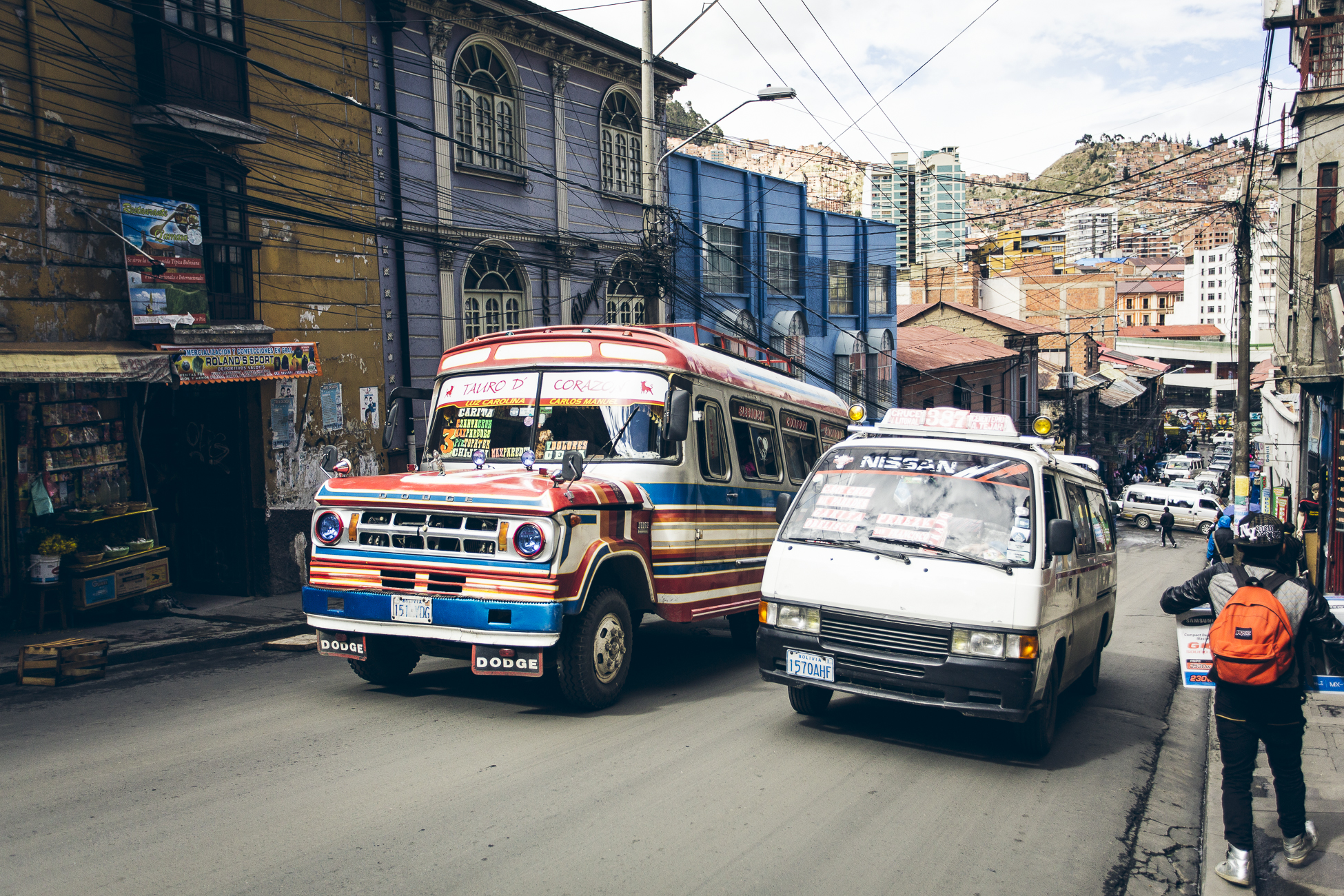 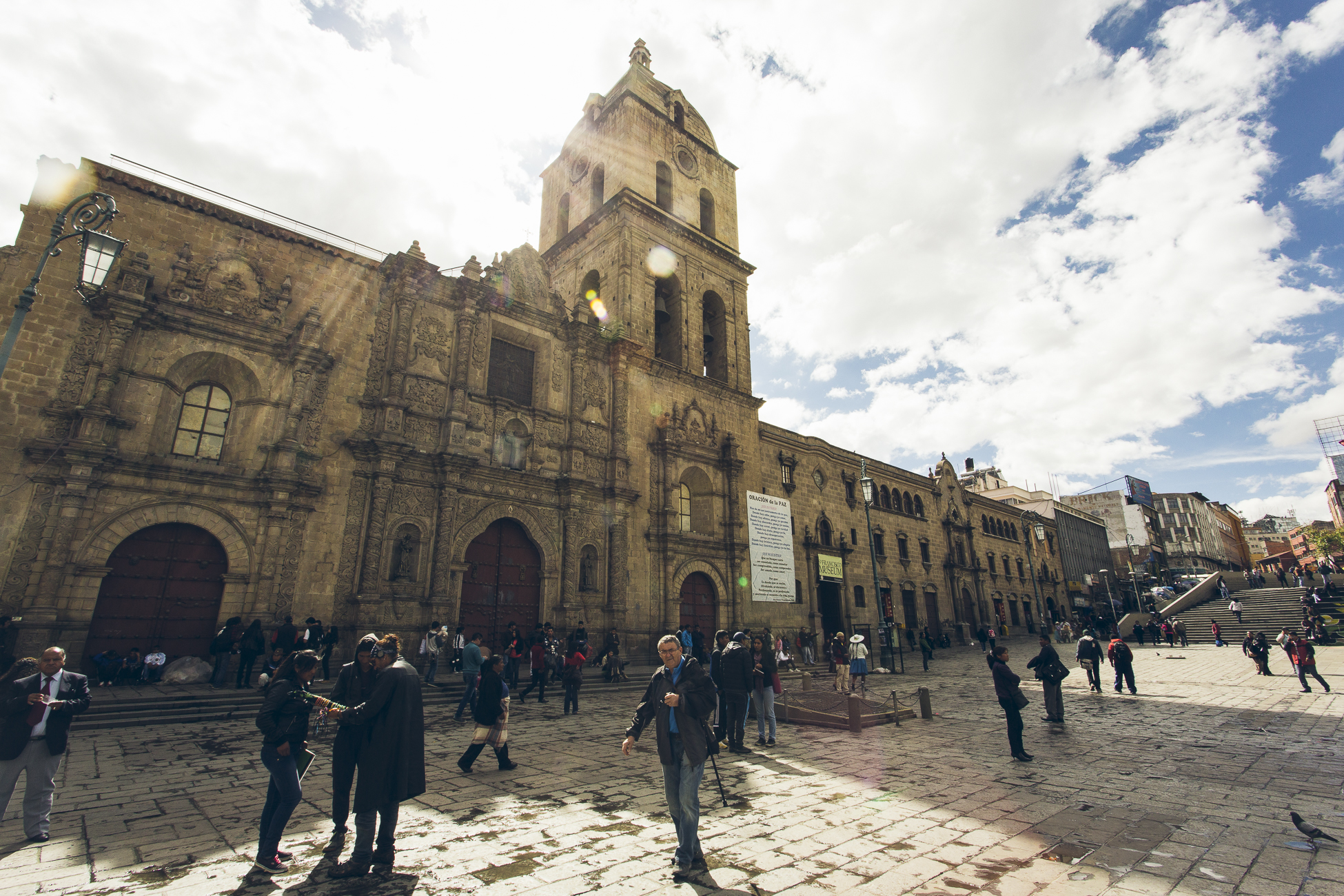 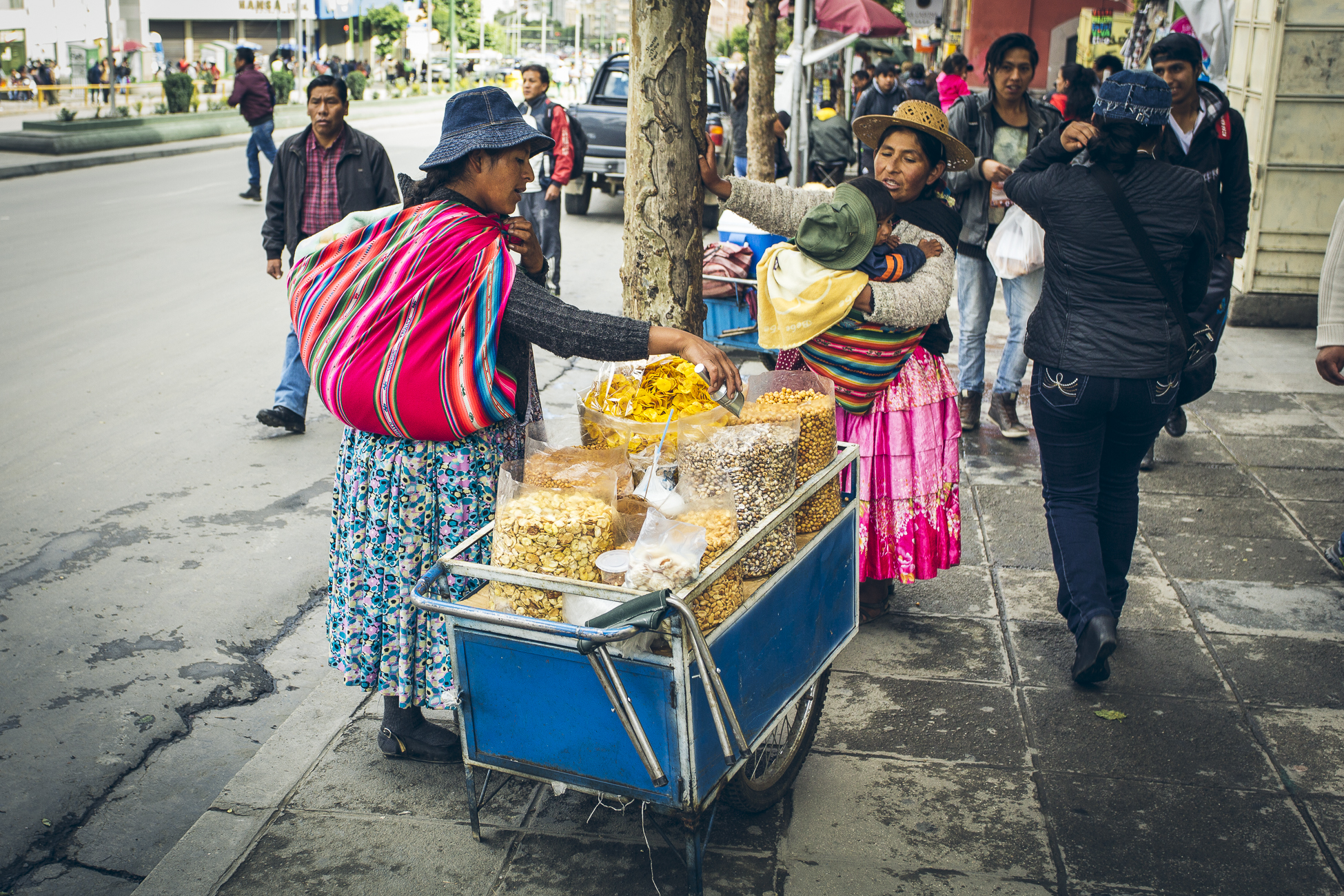 We spent some time negotiating taxi fares for the journey from our campground into downtown La Paz. 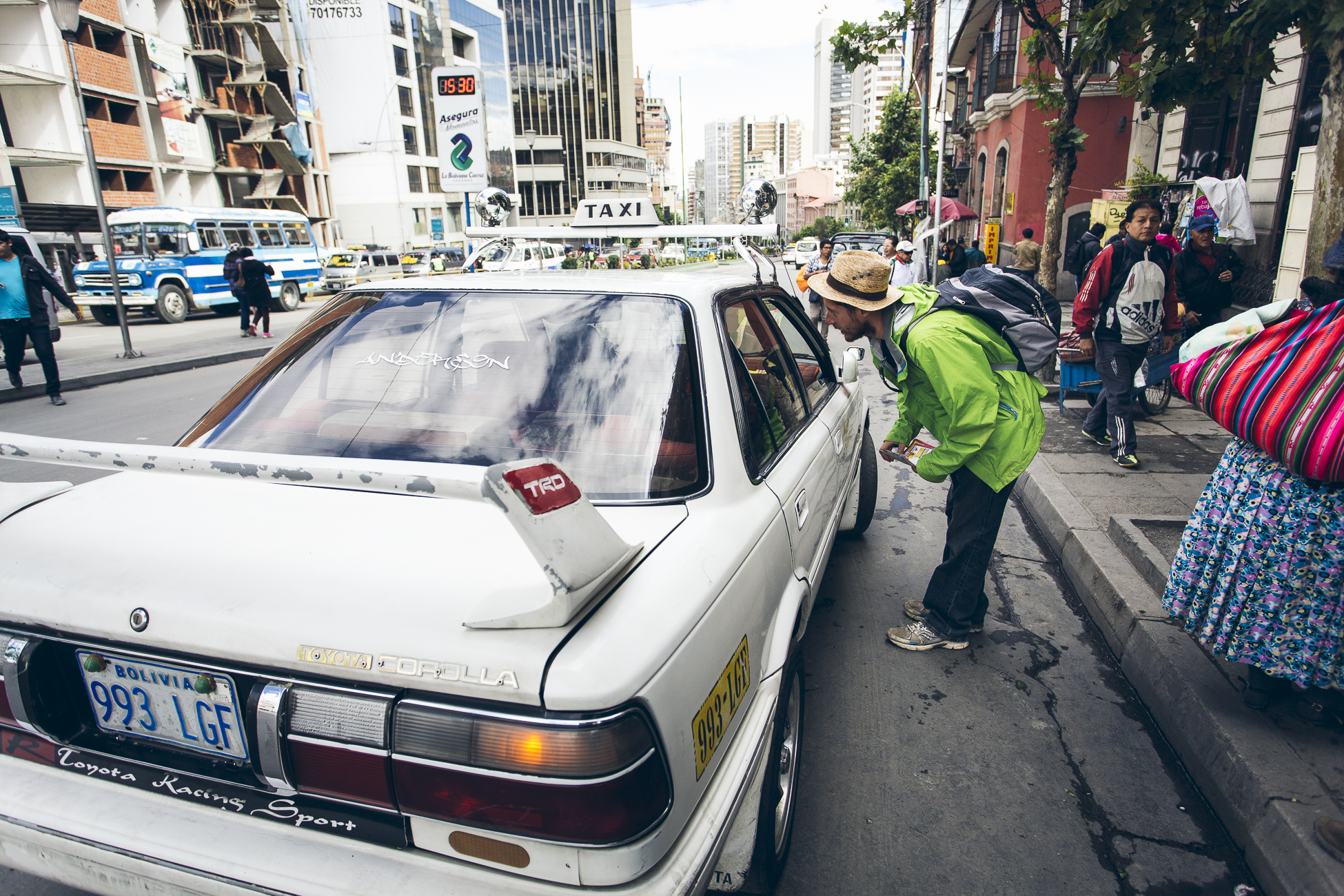 We visited the Witches’ Market (Mercado de las Brujas).  Unsure if this was more of a tourist attraction than an authentic Witch Market, we popped in to a few of the little shops to peruse the wares.  Dried llama fetuses hung from the ceiling while shelves were lined with herbs, soapstone figurines, dehydrated amphibians, and boxed potions promising all sorts of exciting benefits.

Dried llama fetuses are said to bring good luck and prosperity.  We should have purchased some for Christmas gifts! 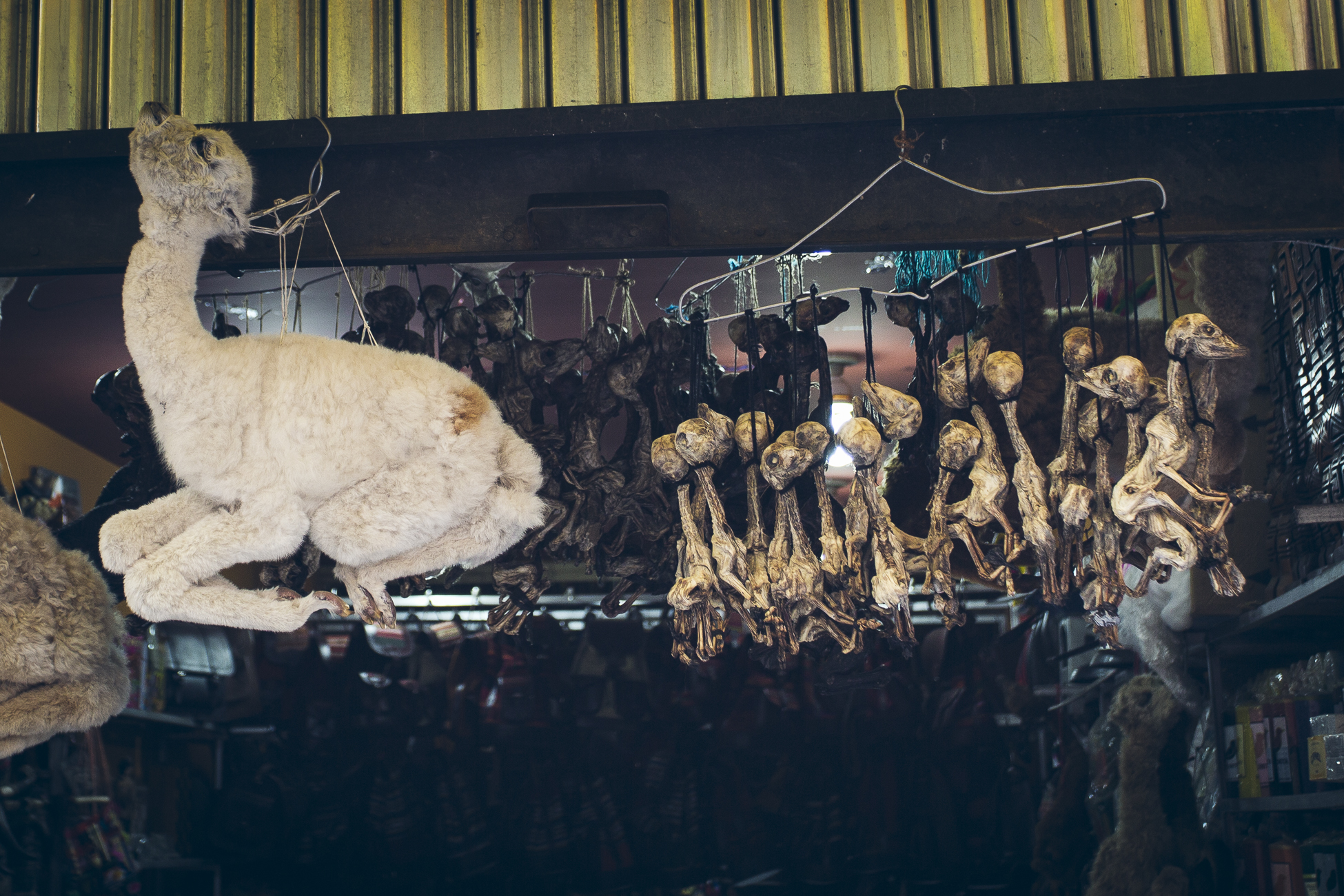 Both Richard and I had been following the outdoors-y Canadian blondie Brooke Willson on Instagram (@brookewillson) for quite some time, drooling over her pictures of the Canadian Rockies.  We actually crossed paths with her while we were at Machu Picchu.  As fate had it, she arrived at our campsite with a group of friends, so we all went out for pizza and the girls plus Richard hiked the Devil’s Molar the next day.  If you are into cross-country skiing and mountain scenery also check out Mary Eve’s lovely instagram account @miniuii. 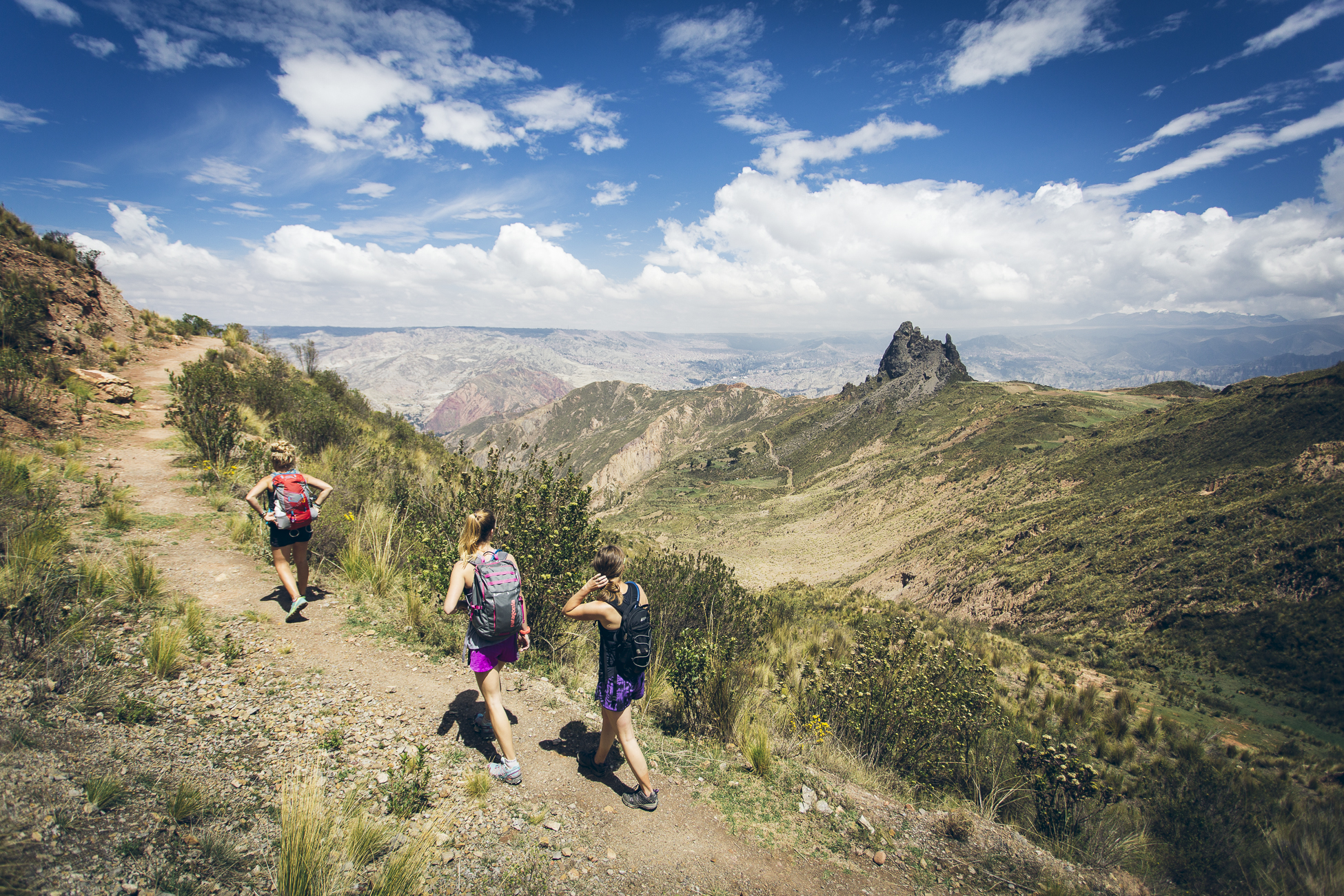 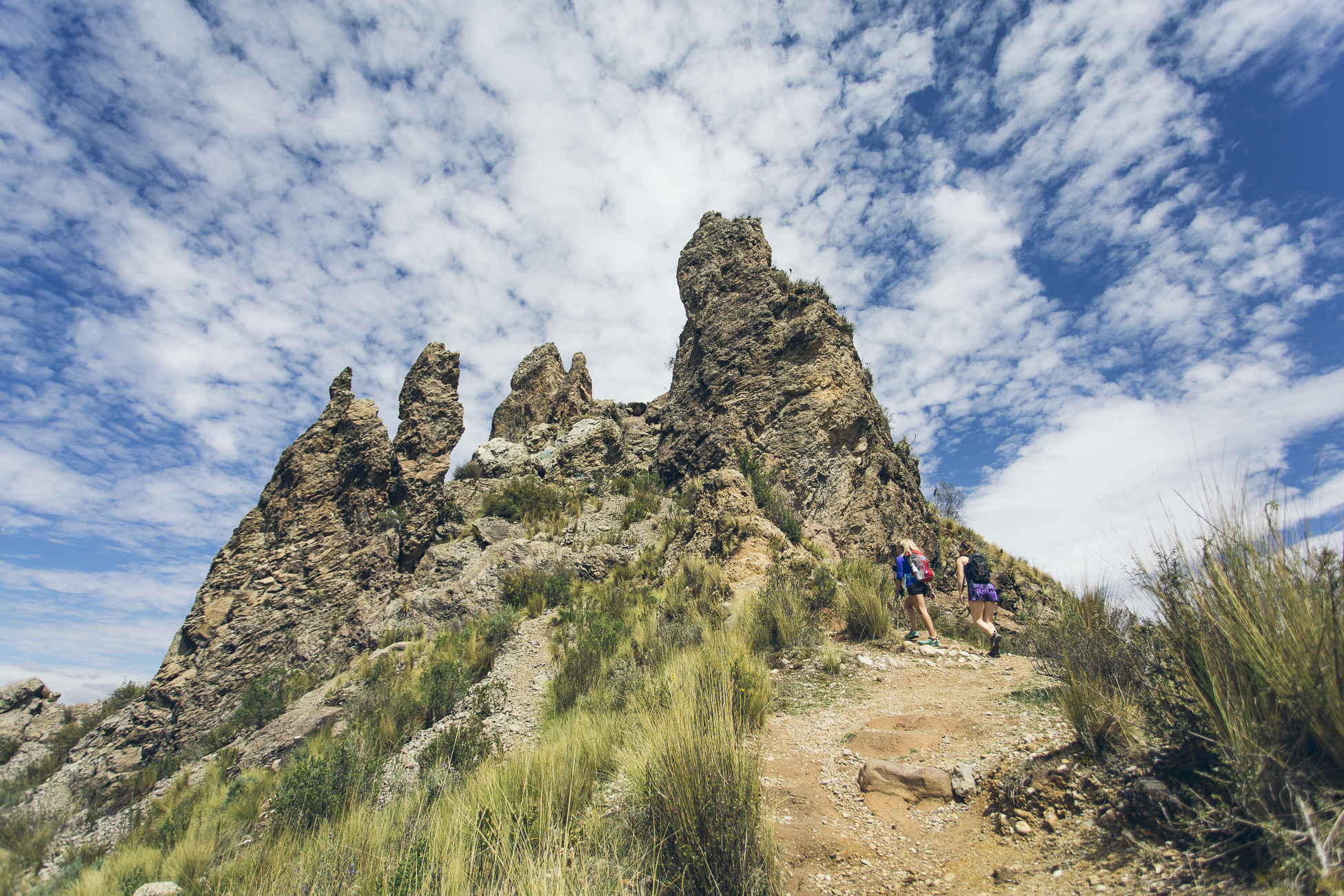 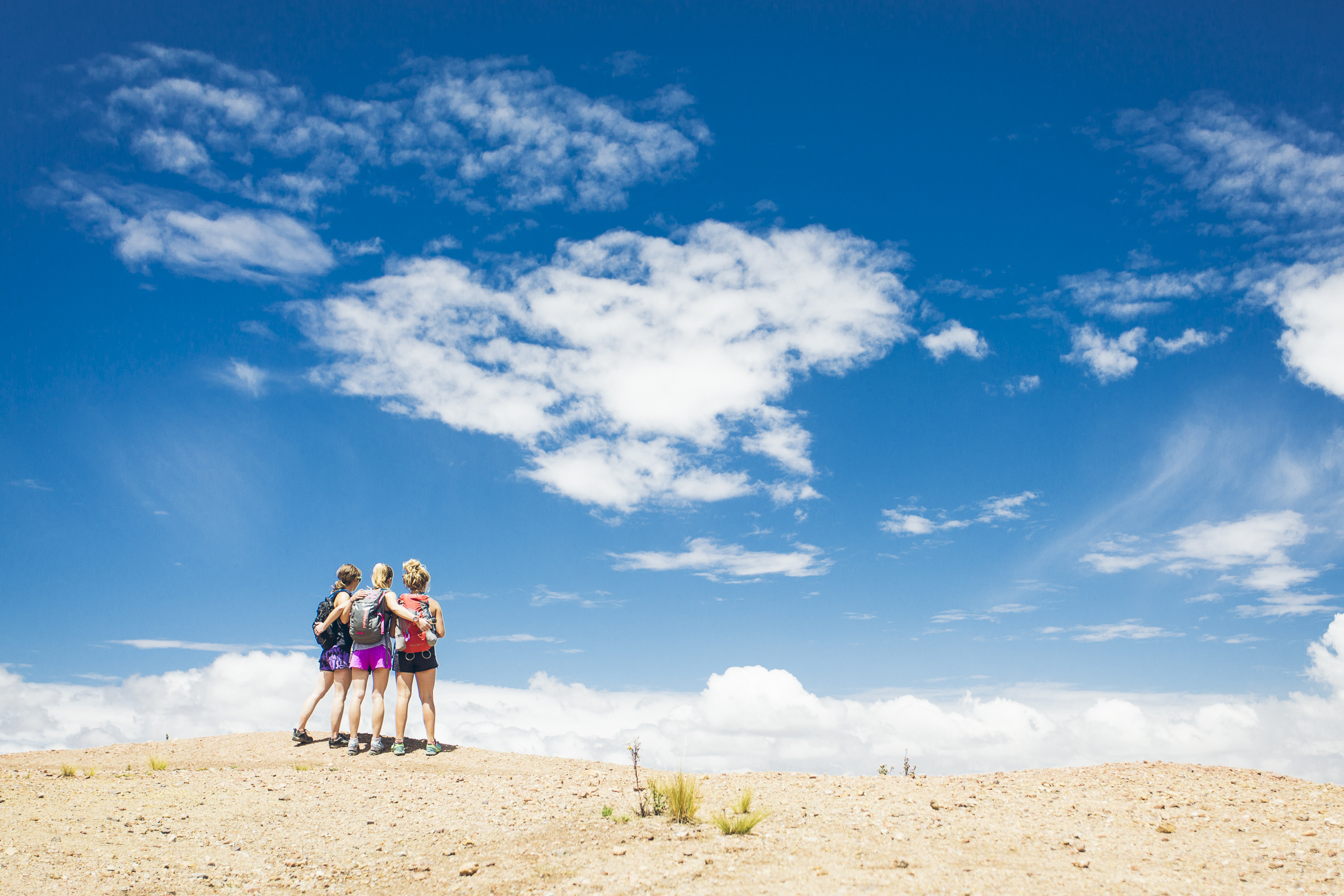 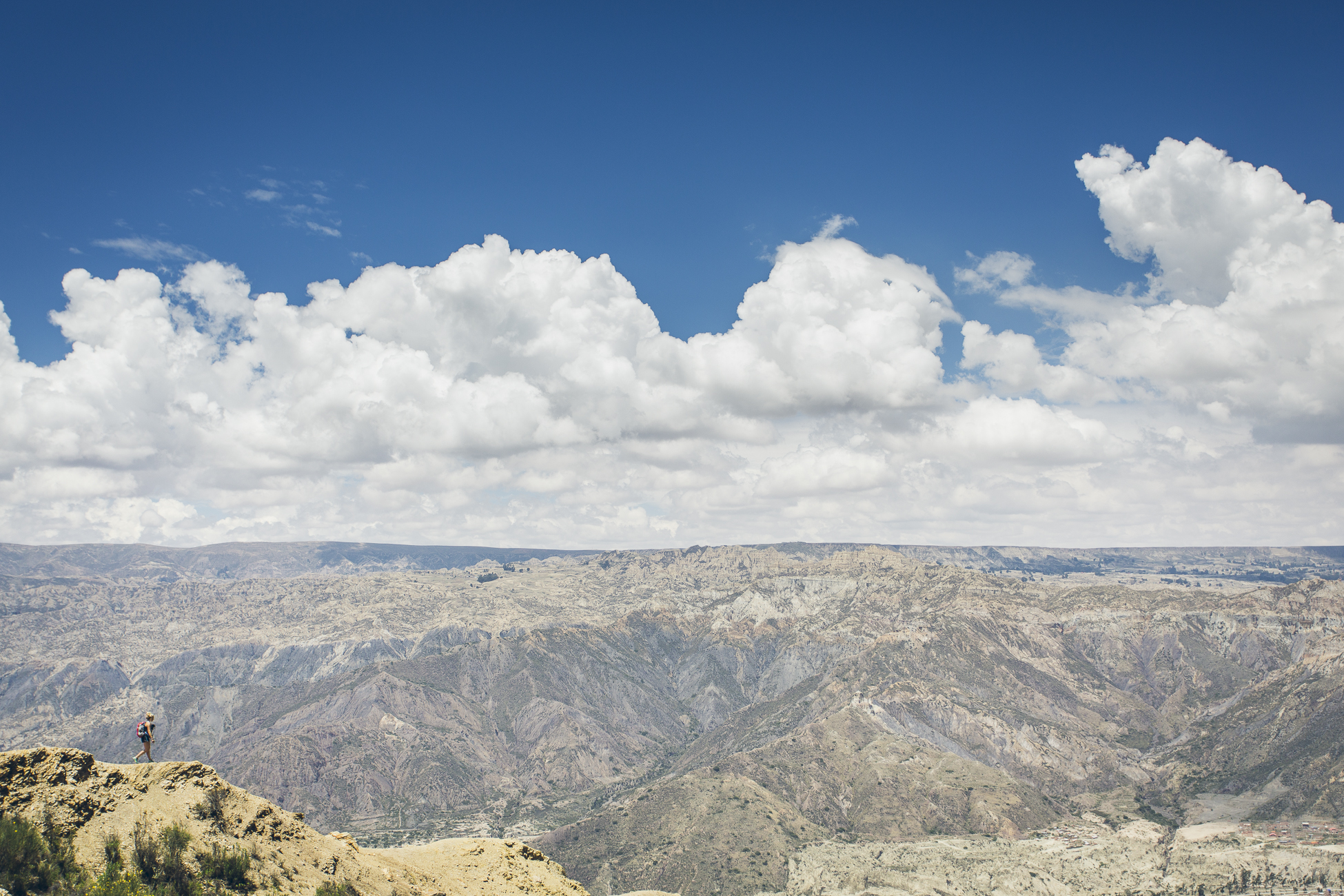 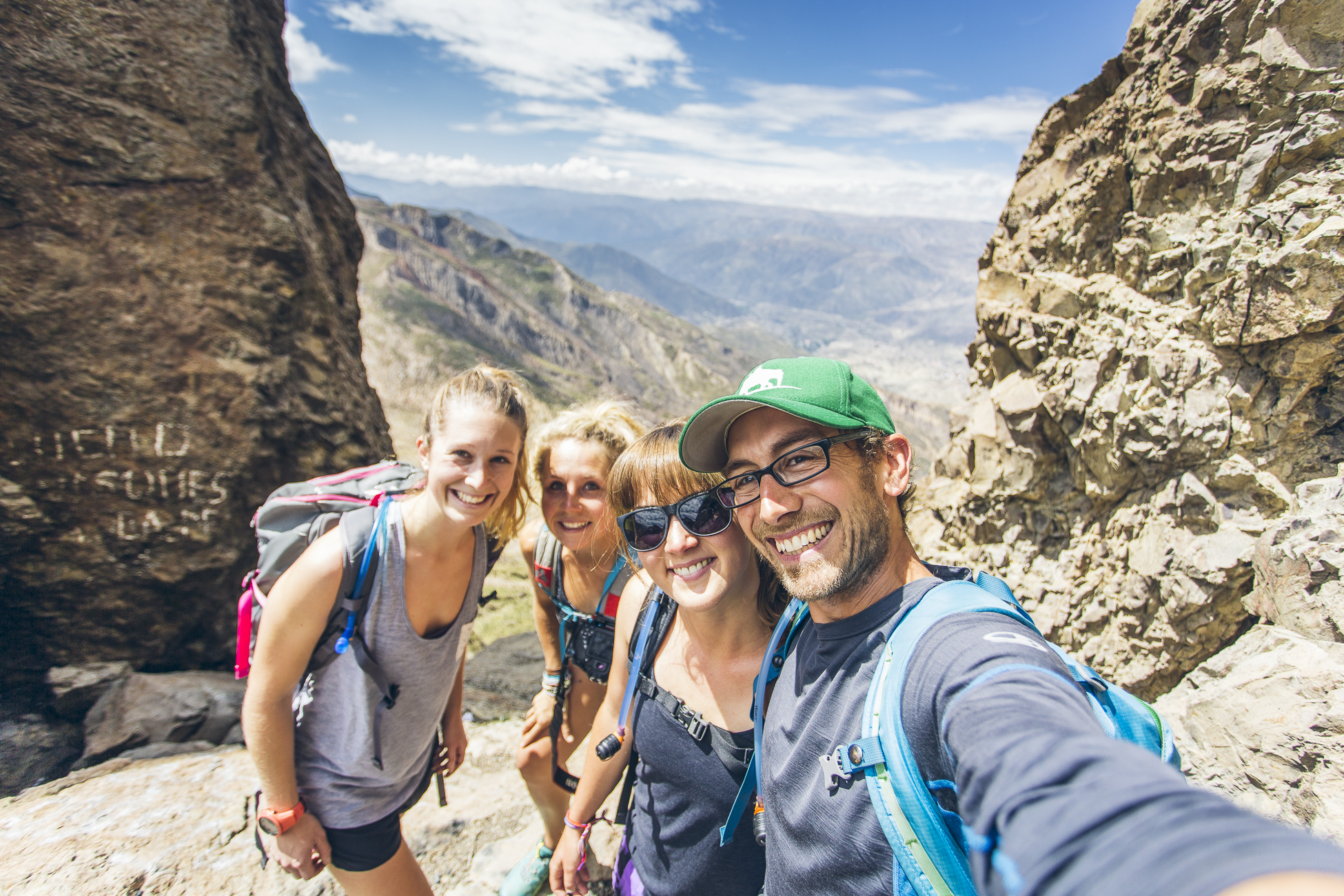 The weather in La Paz alternated between smoking hot and dry, to rainy, stormy and apparently, a touch of hail. 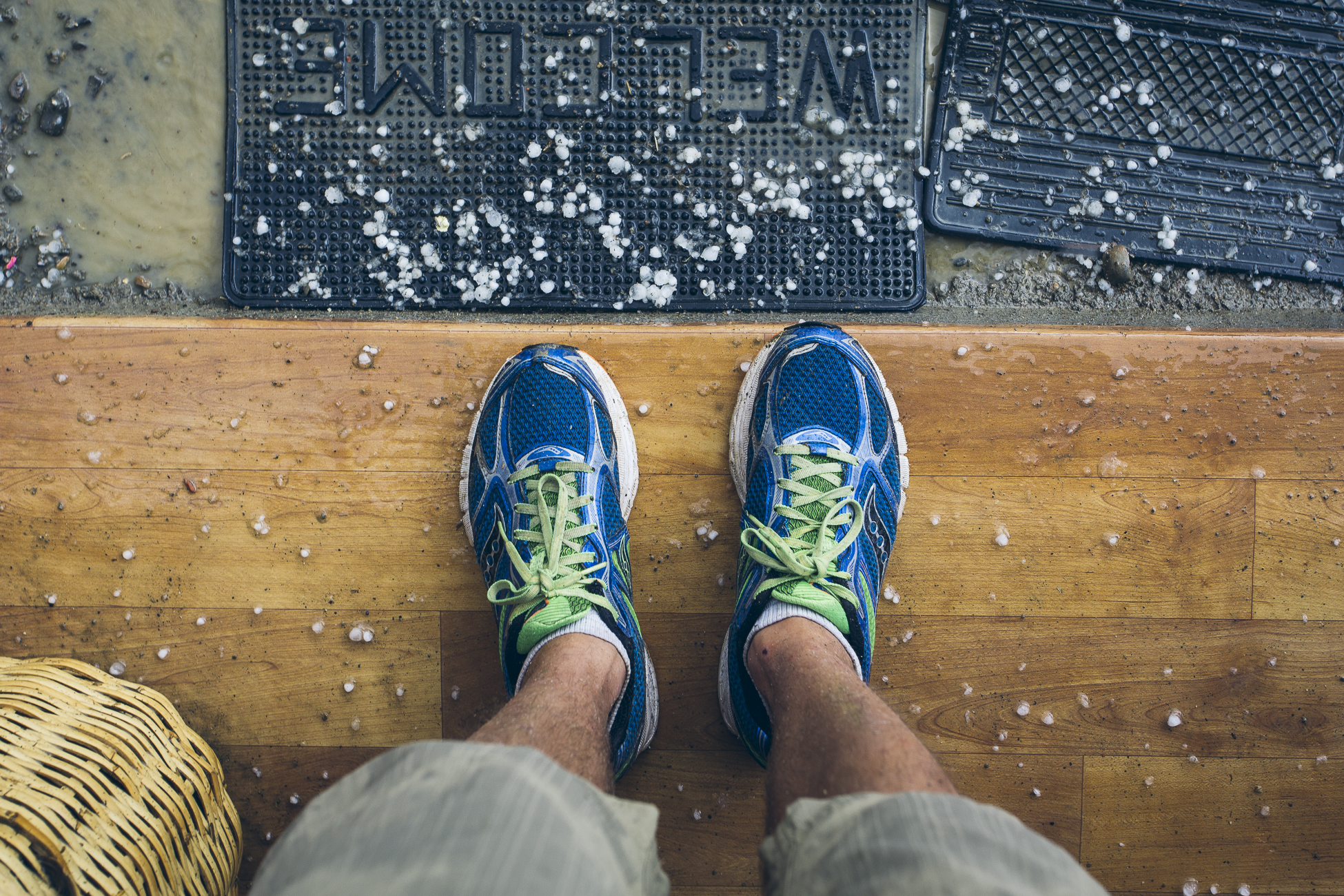 We also had some great vanlife chats with Travis Burke (@travisburkephotography) who is a photographer in the U.S. living in a badass camperized Dodge van that used to belong to his grandma.

On our final day in La Paz, Richard and I strolled through the Valley of the Moon, which was filled with those jutting rock formations I mentioned earlier. 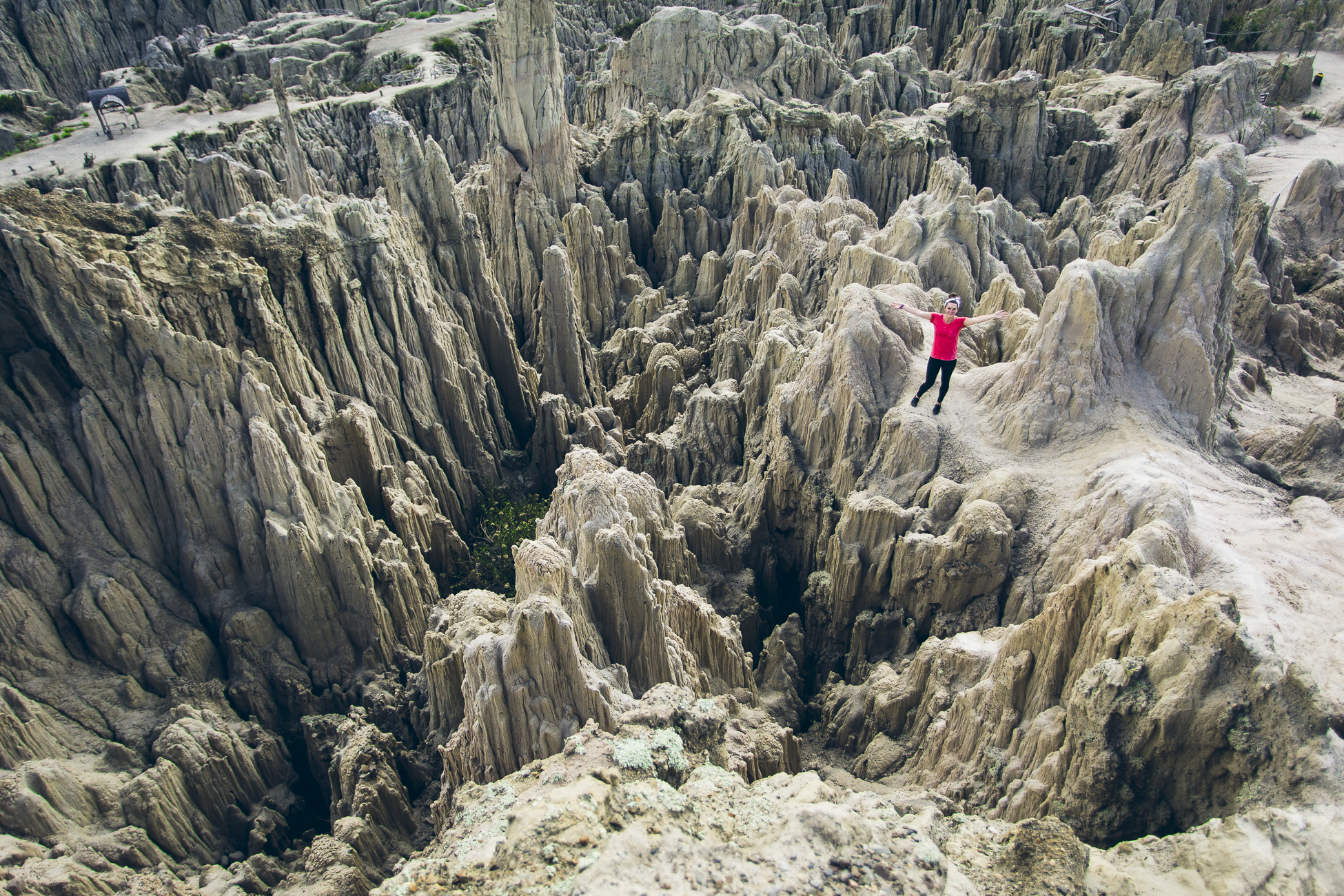 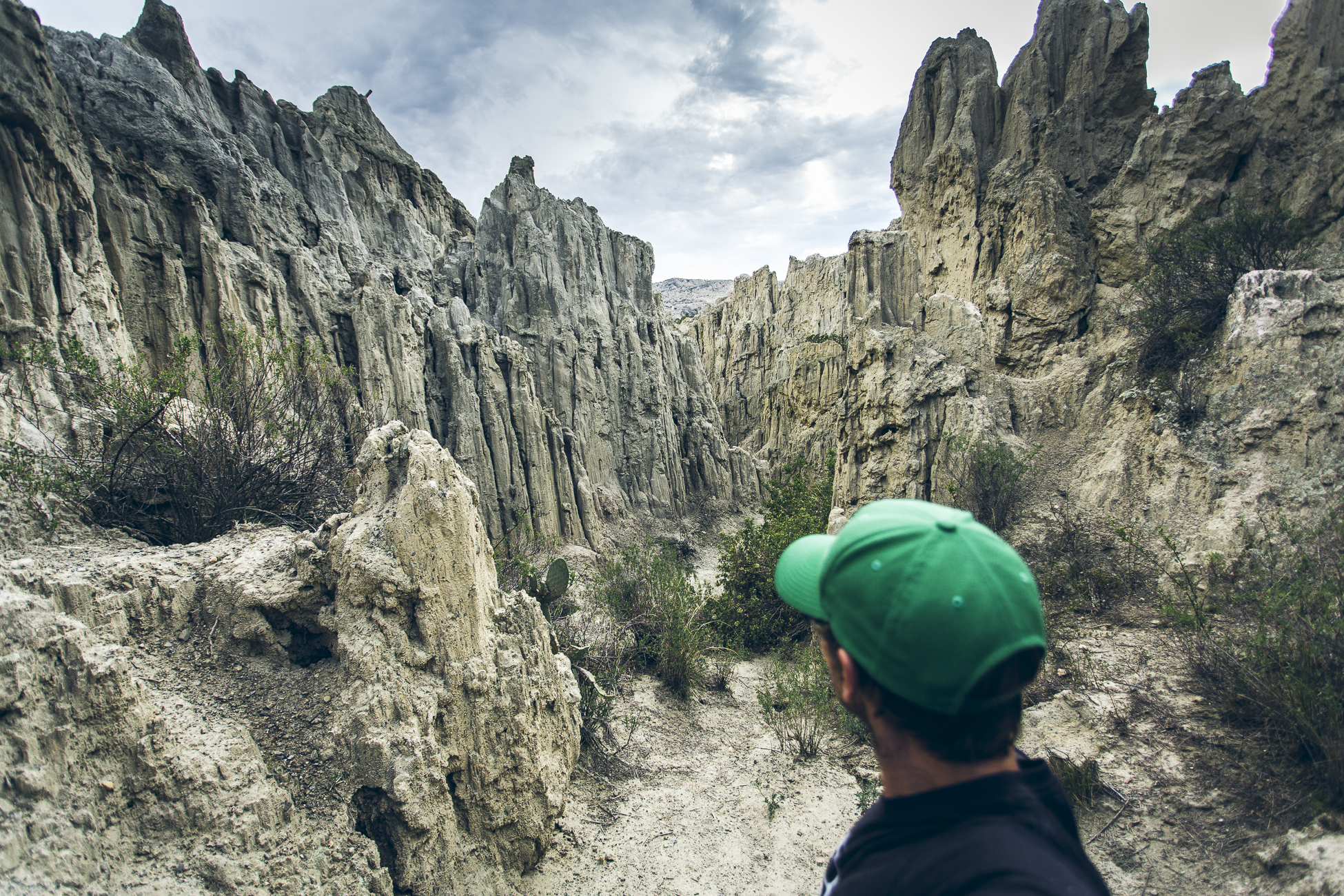 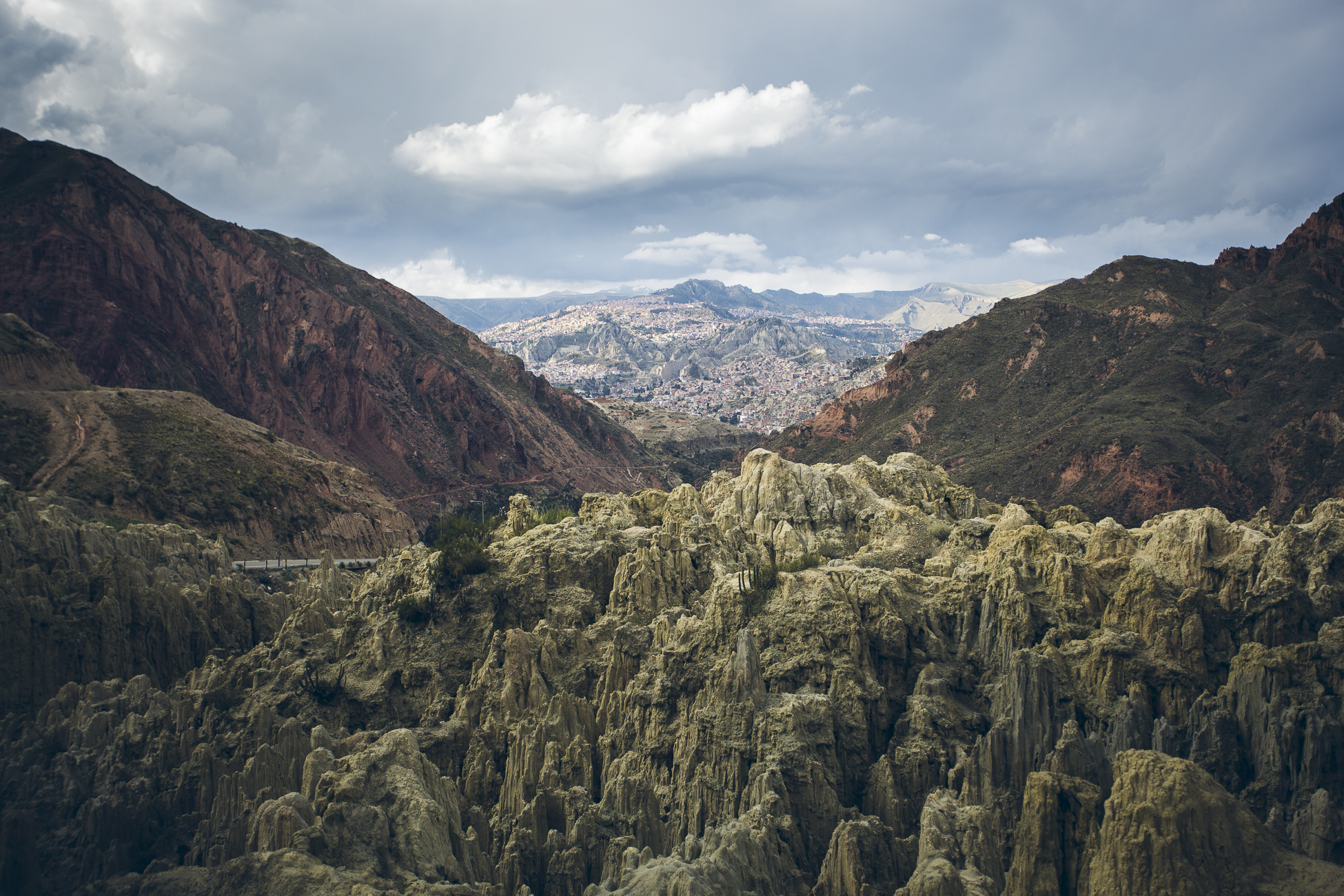 That’s the short and sweet summary of our time in La Paz.  Next up: a group of us trek the equivalent of Bolivia’s Inca Trail.