We said our goodbyes to Breena and Spencer and our Toyota convoy (The Suisse, Us, and Wilson/Sarah) headed over the bridge through Rio Dulce ready for our 7+ hour drive to Lanquin and Semuc Champey.  As we hit the bridge out of town we ran over a 6″ long bolt, which resulted in a huge puncture in our tire.  All we heard was POP! PSSSHHHHHHHHHHHHHH! as our tire deflated rapidly (like seriously rapidly, as in it as fully flat in less than 60 seconds).  We managed to make it off the bridge with a the bolt sparking every time it touched the pavement, but had to stop right in the congested section of town surrounded by locals shops, vendors and traffic.  Richard and Wilson made quick work of plugging the tire (with a couple of plugs since the hole was so big), and we were back on the road in less than a half hour.  Onwards to Lanquin and Semuc Chamey! 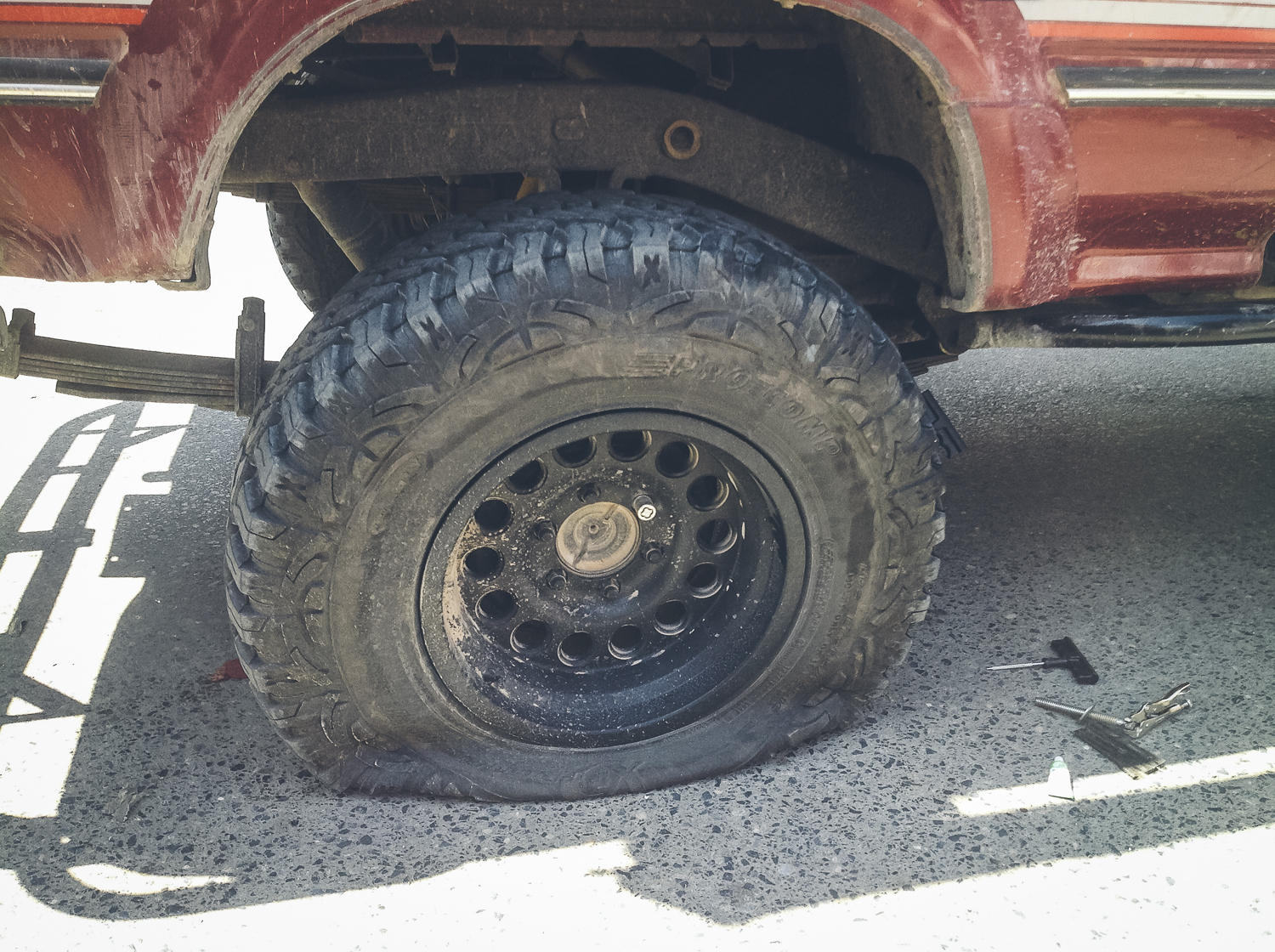 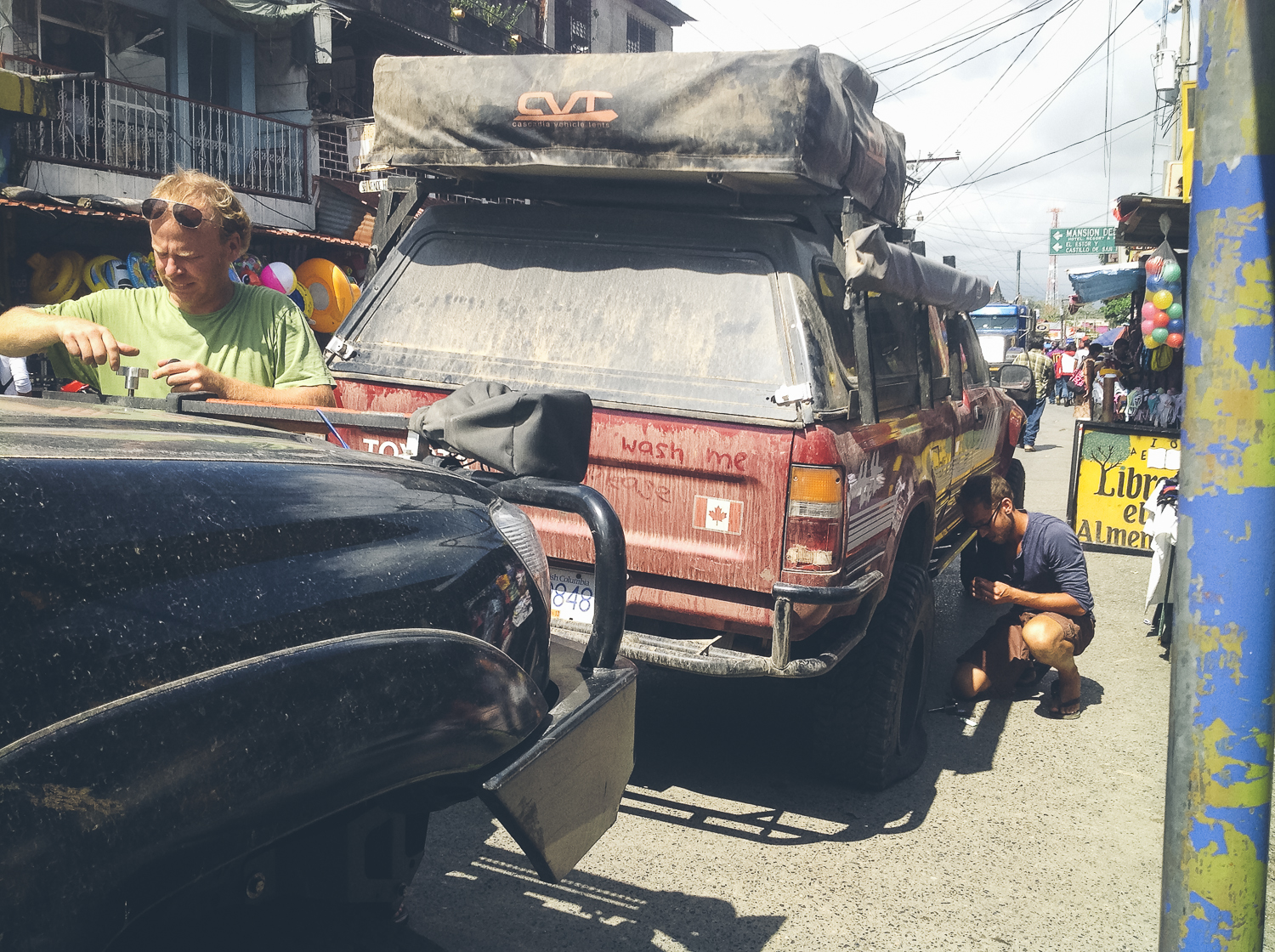 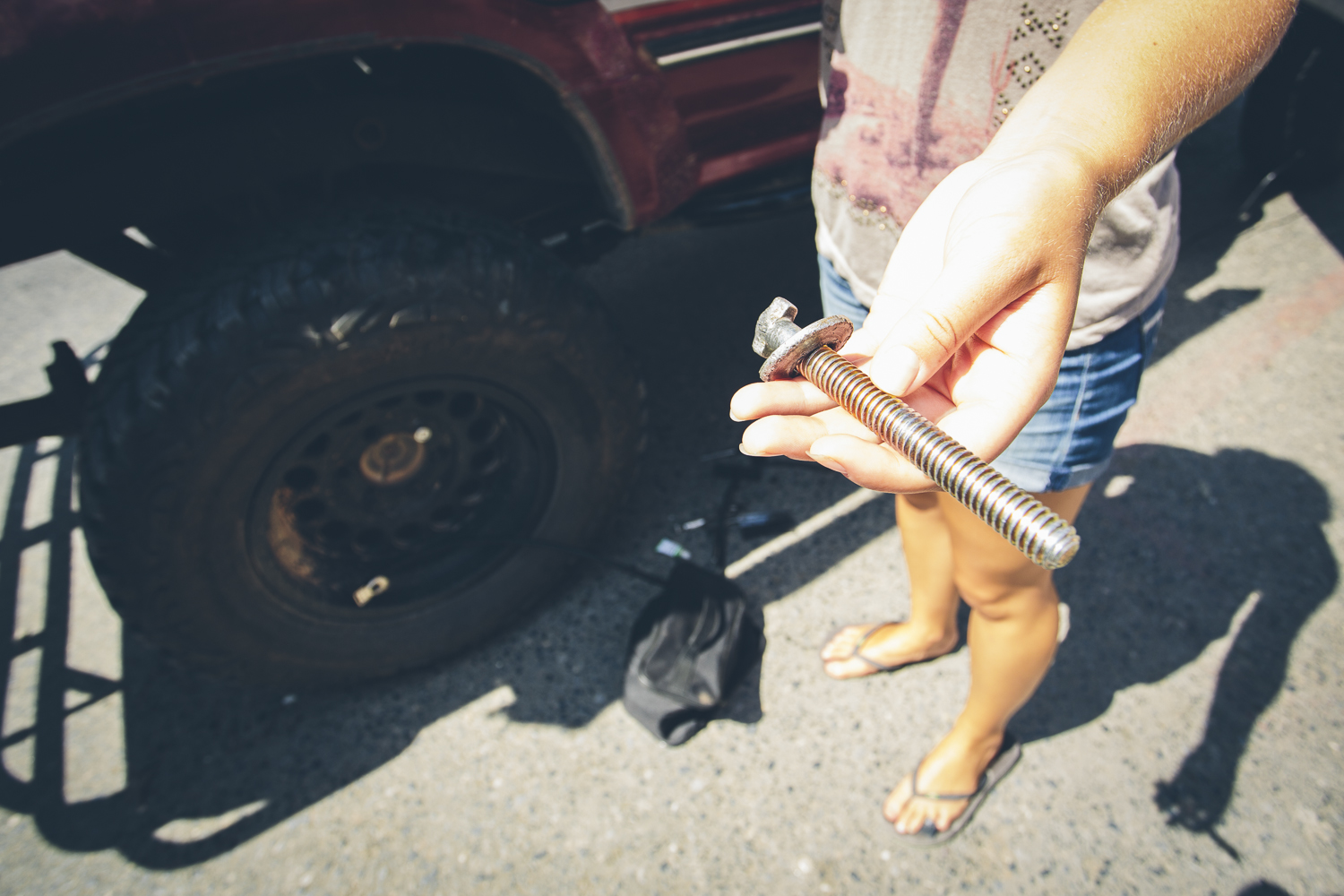 We took Route 7 from Rio Dulce to Coban.  Then from Coban we made our way to Lanquin and stayed at the El Retiro Lodge.  This road took us about 7 hours from start to finish.  New concrete roads turned into fast dirt roads which turned into potholed dirt roads and then repeated.  Overall the drive was fun, especially with our group of three cars, and the scenery was breathtaking. 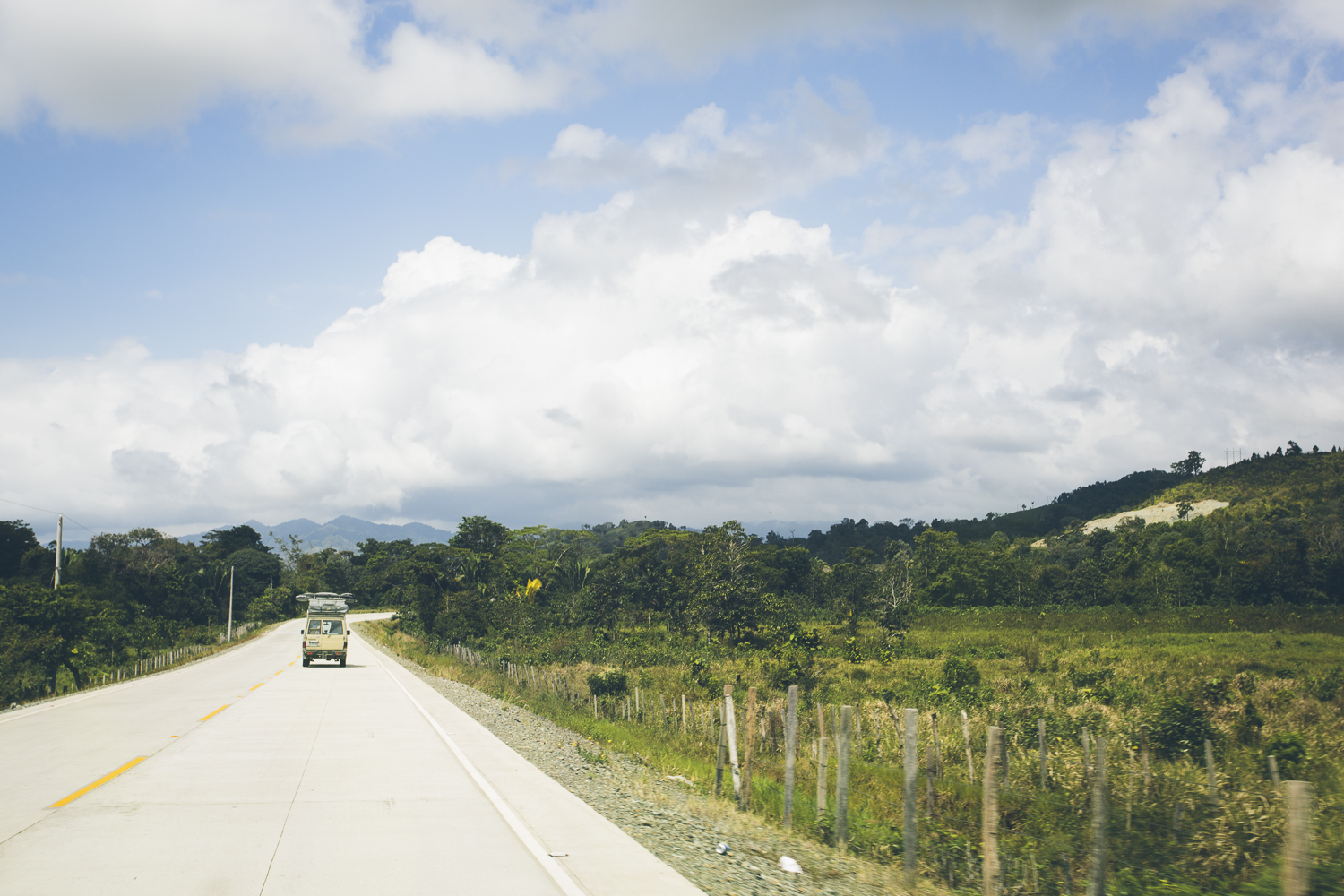 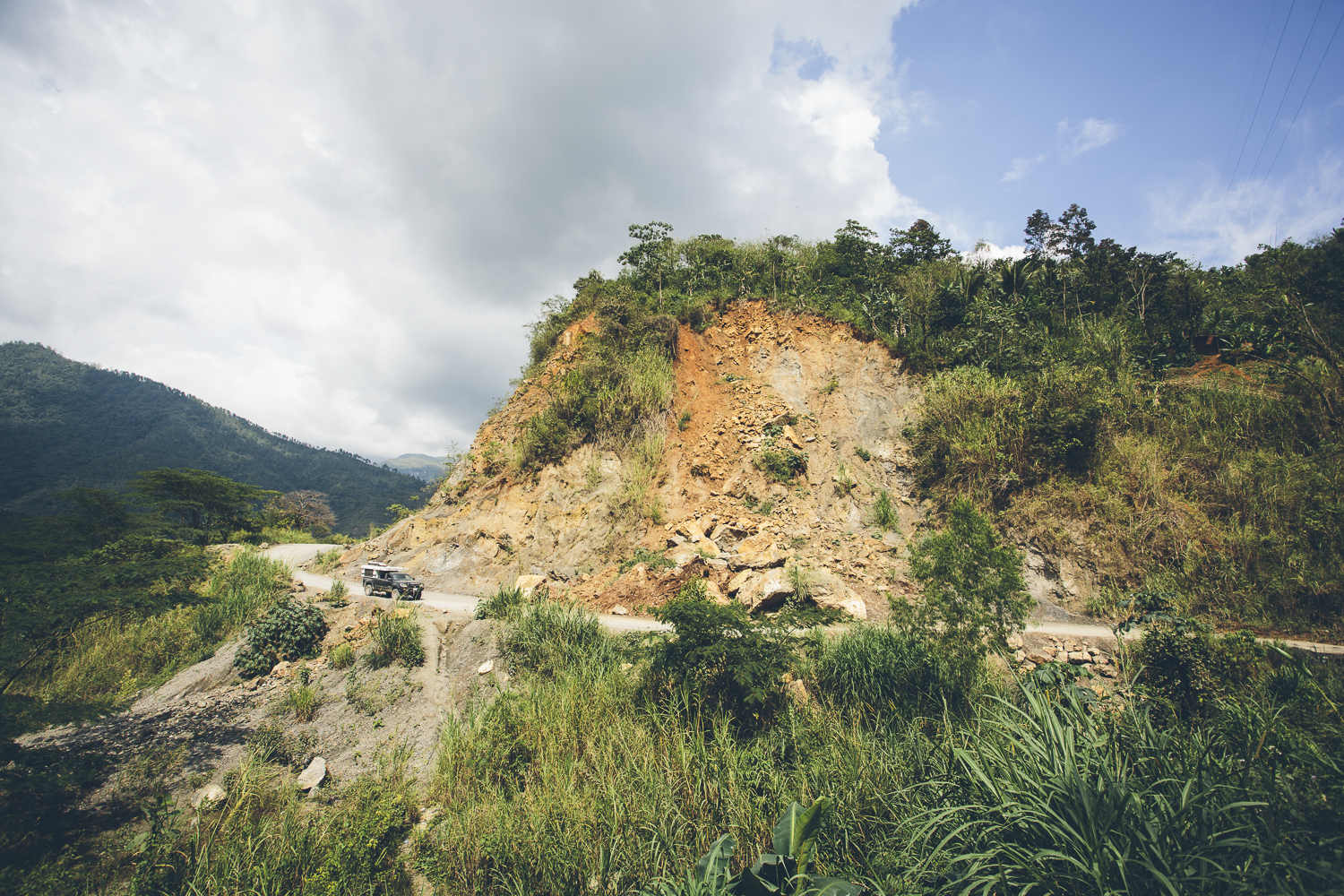 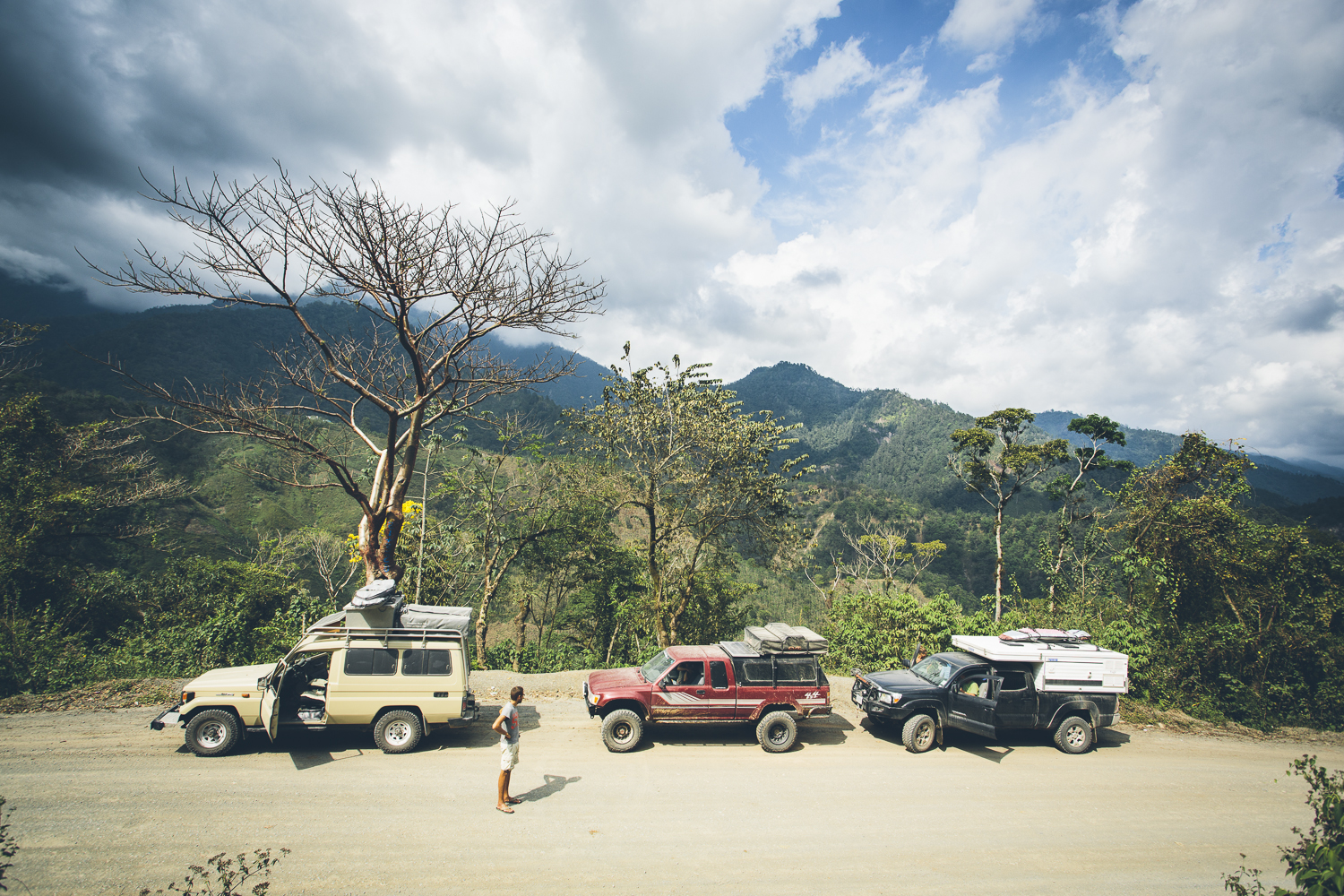 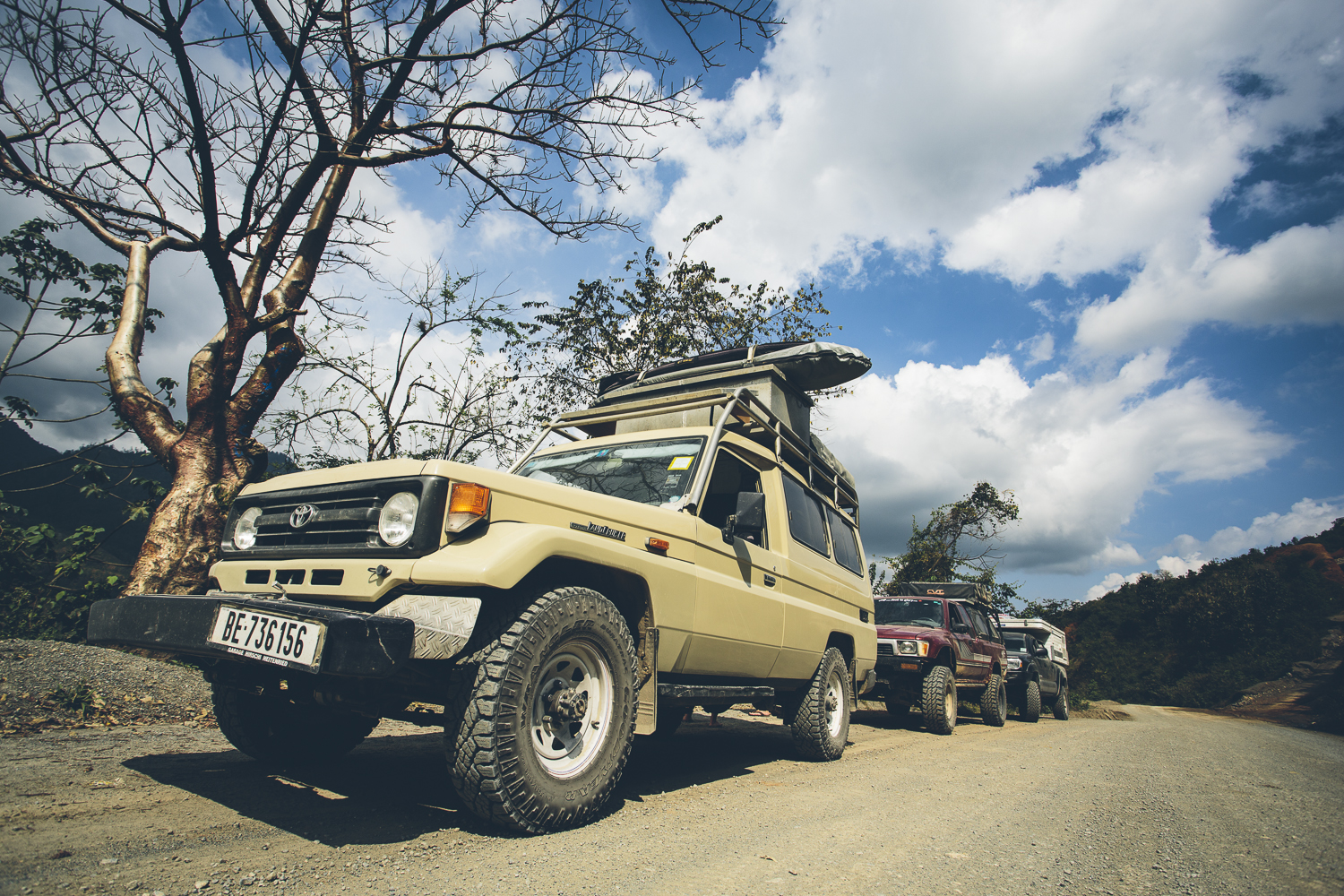 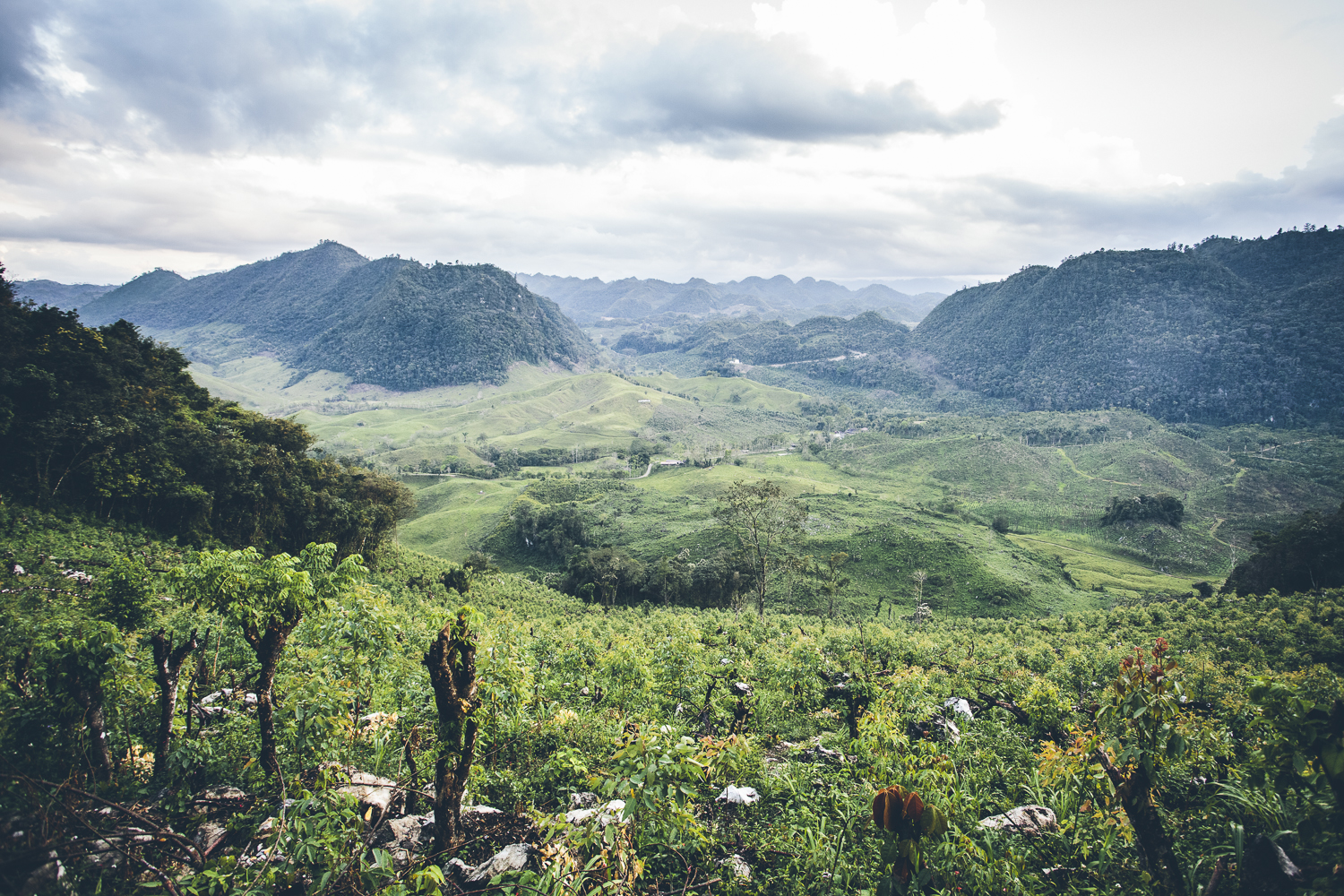 After a fixed flat tire and 7 hours on the road after that, it was definitely time for a couple of giant beers. 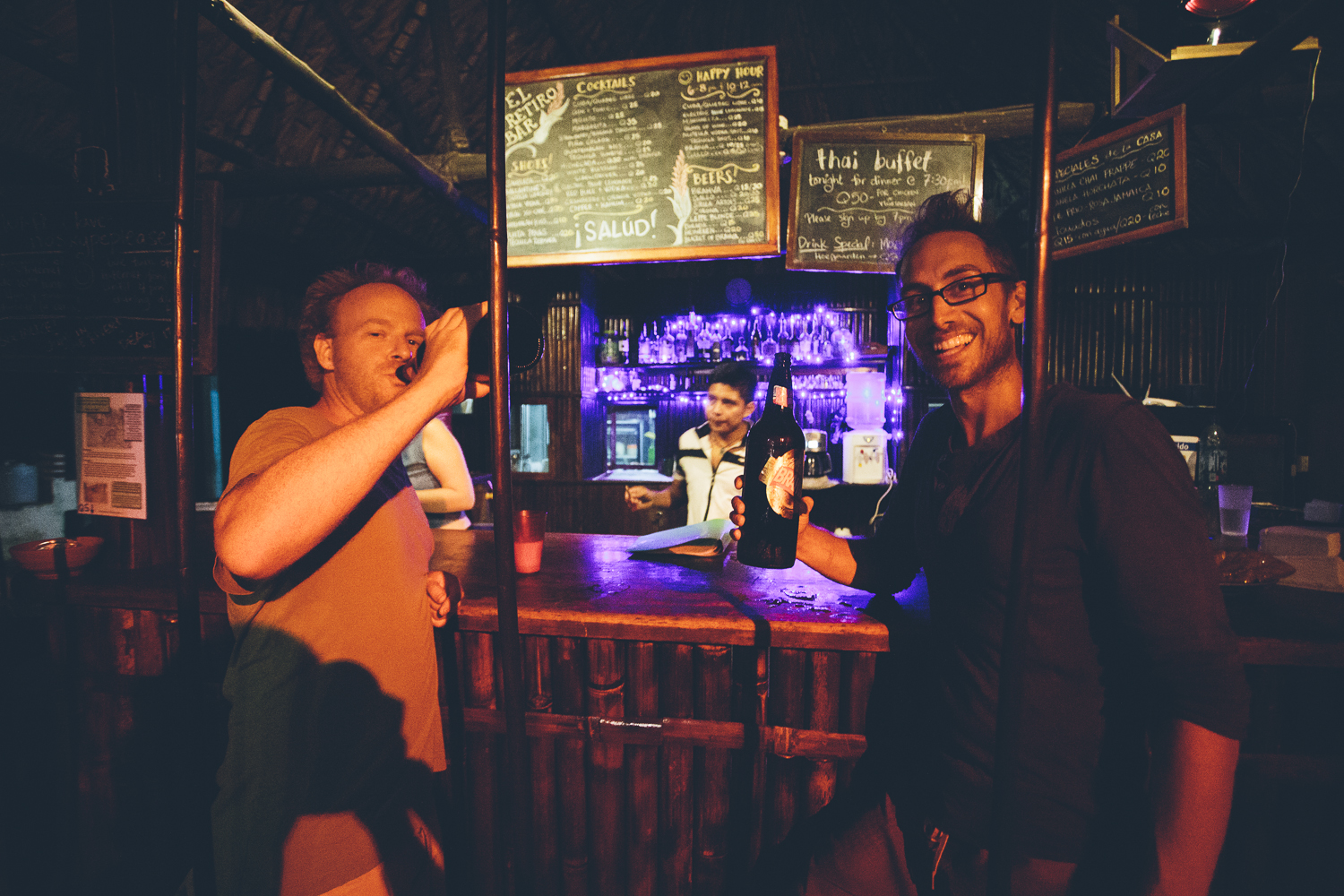 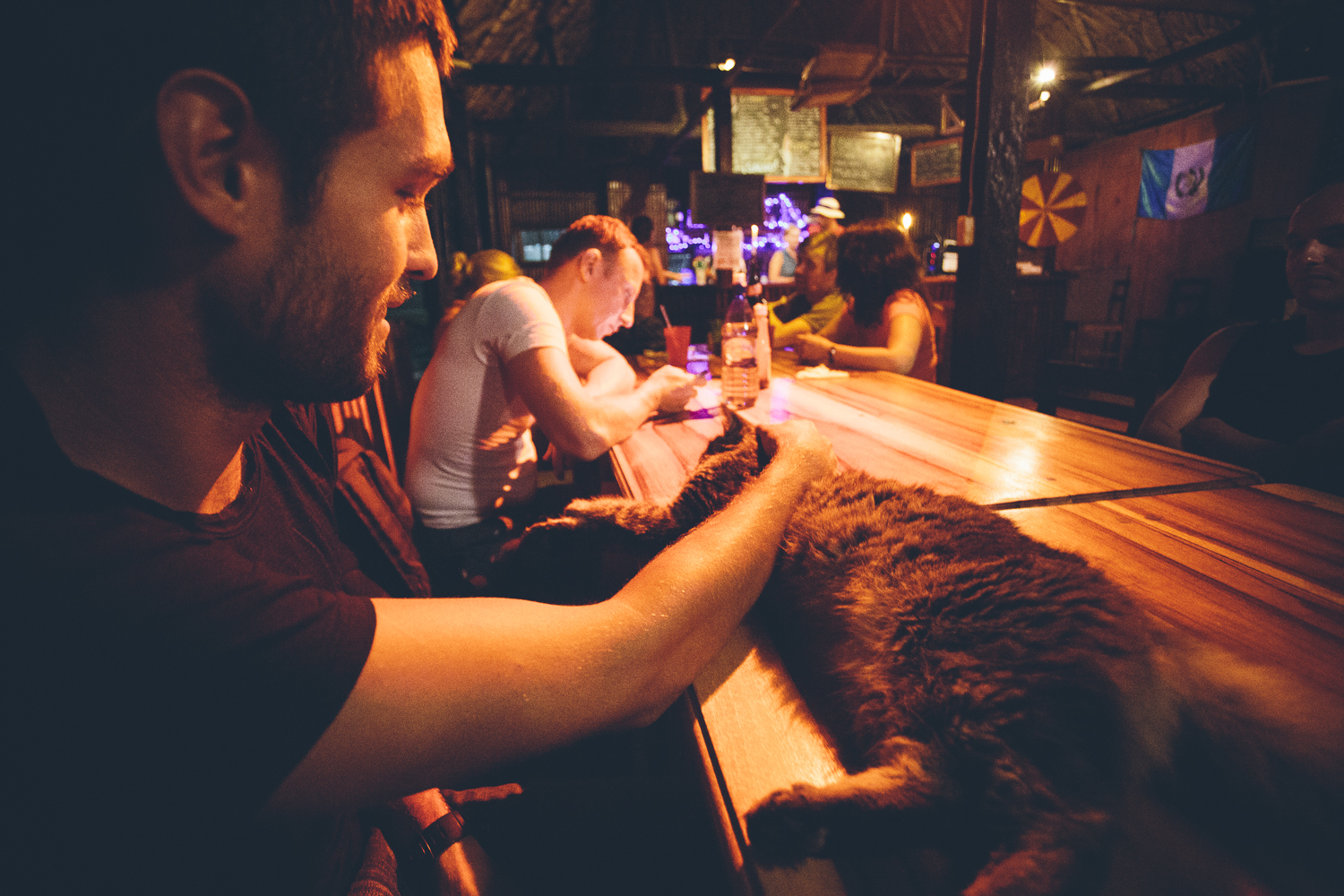 Our camping spot at El Retiro. 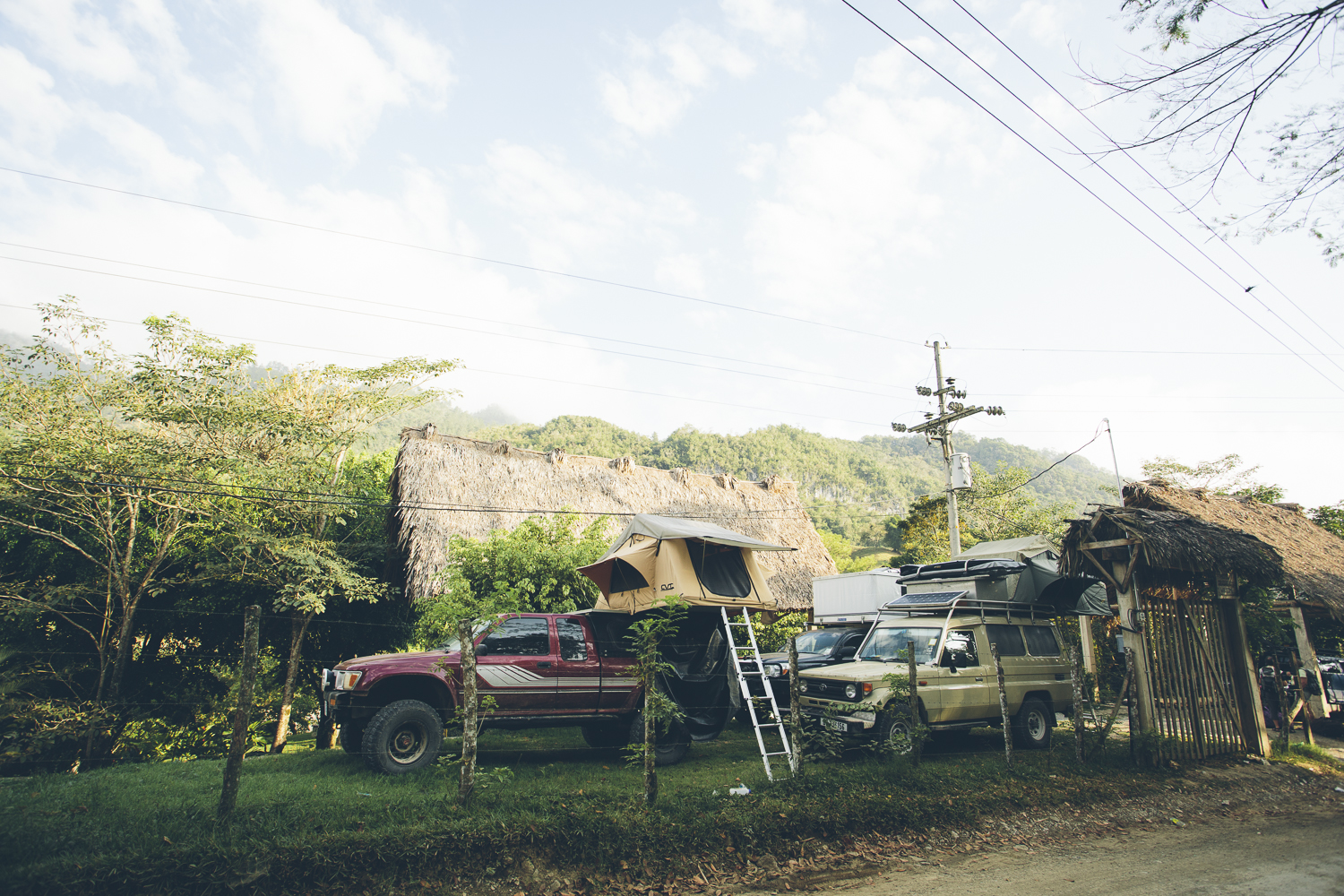 The following day we ventured out for a tube ride down the river before continuing on to Semuc Champey.  Every ride comes with one free beer!  Just try not to get any of the river water in the can on the way down.

The dirt road to Semuc Champey from Lanquin required us to have the transfer case in 4Lo most of the time.  The steep dirt uphill sections gave way to steep potholed downhill sections, all of which were narrow and had trucks passing in the opposite direction.  So yeah, obviously we enjoyed the ride.  After an hour long drive we pulled into the parking lot and set up camp near the entrance.

We didn’t waste time in getting to the pools.  It was hot and muggy and we were ready for a rinse off.   First things first though was a quick 20 min hike to the lookout above the pools and then we all scrambled back down for a swim.  Honestly, the water in the pools is the clearest natural water we have ever swam in, there were very few tourists, and we’d recommend it to anybody travelling in Guatemala. 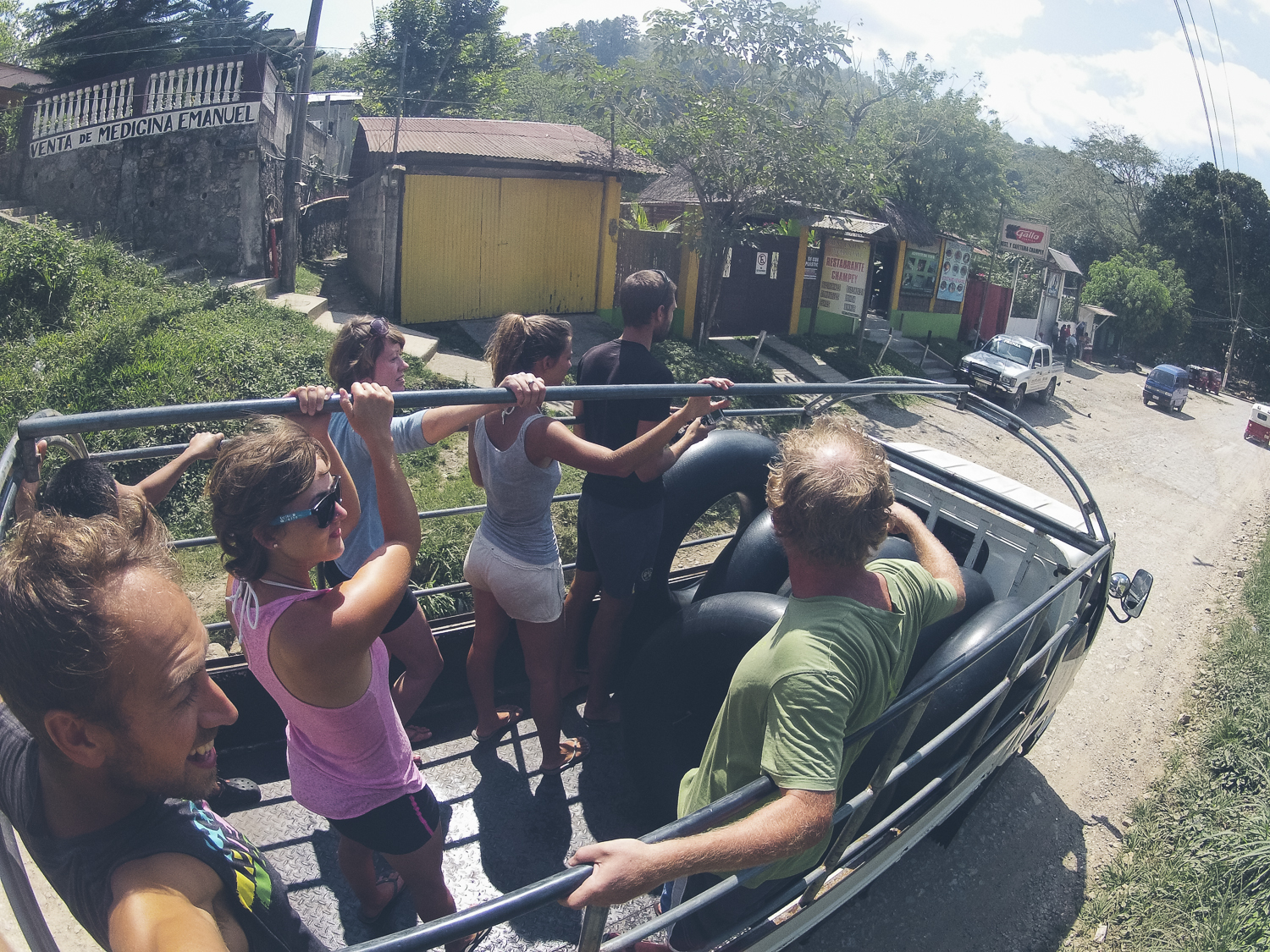 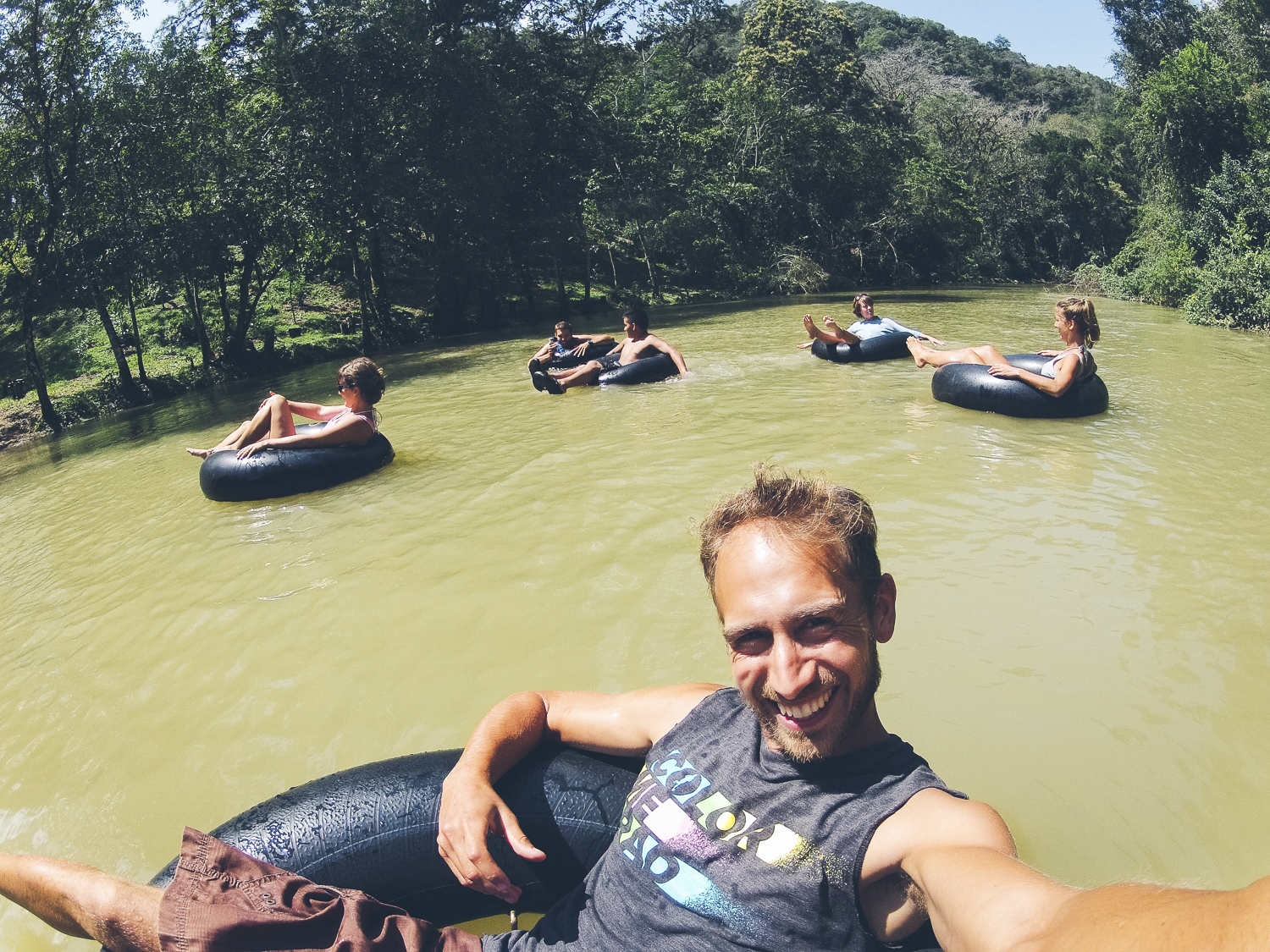 The road to Semuc Champey. 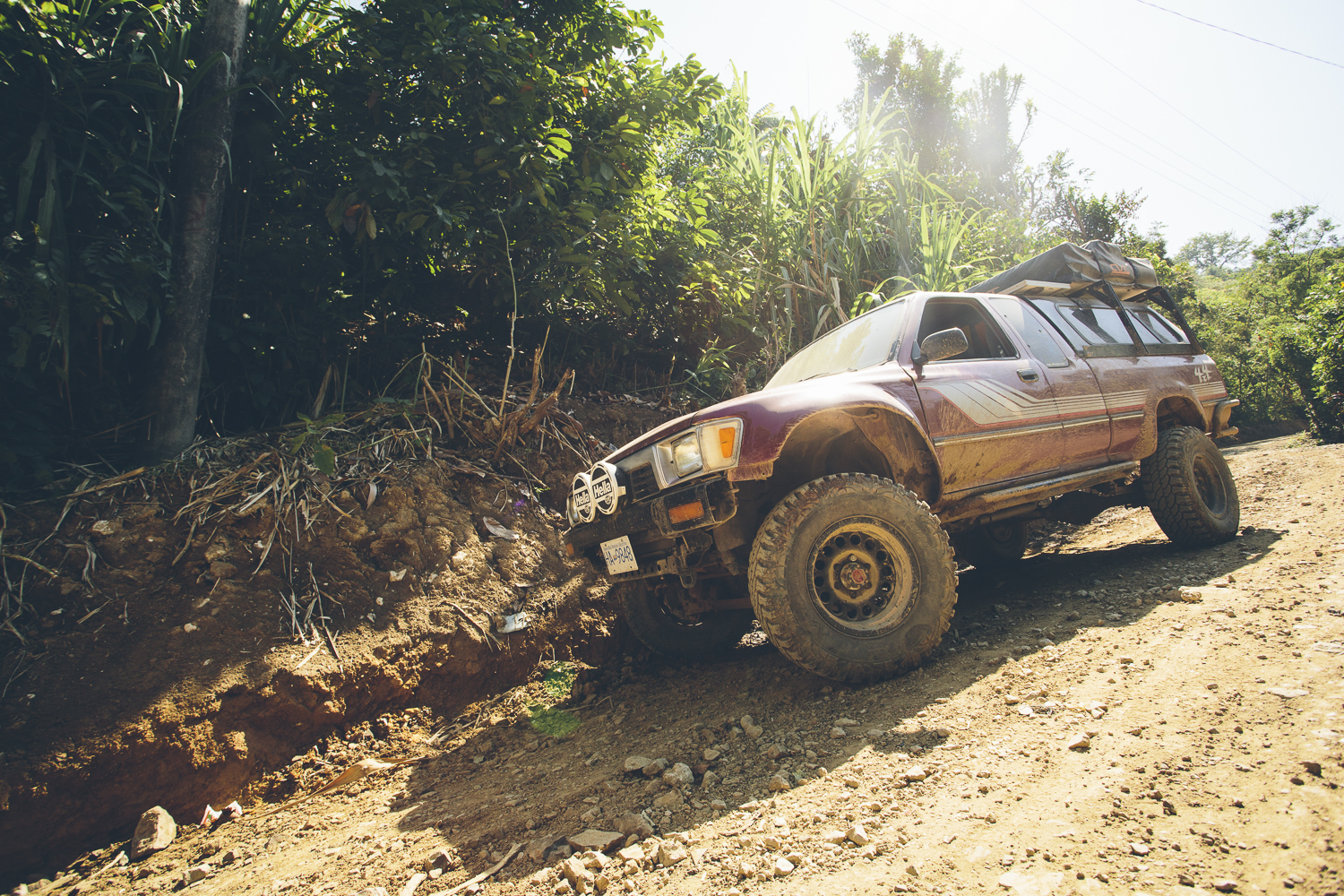 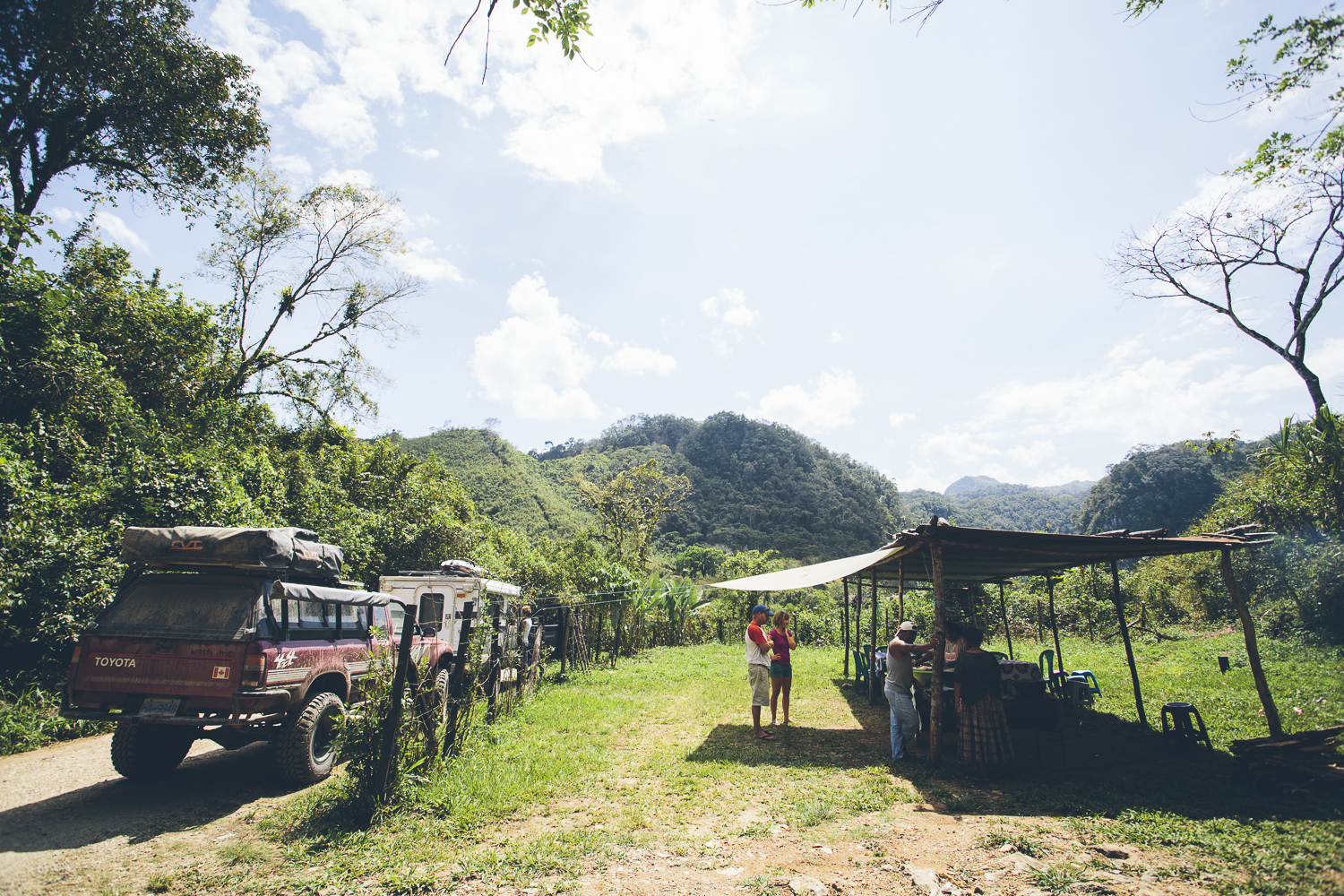 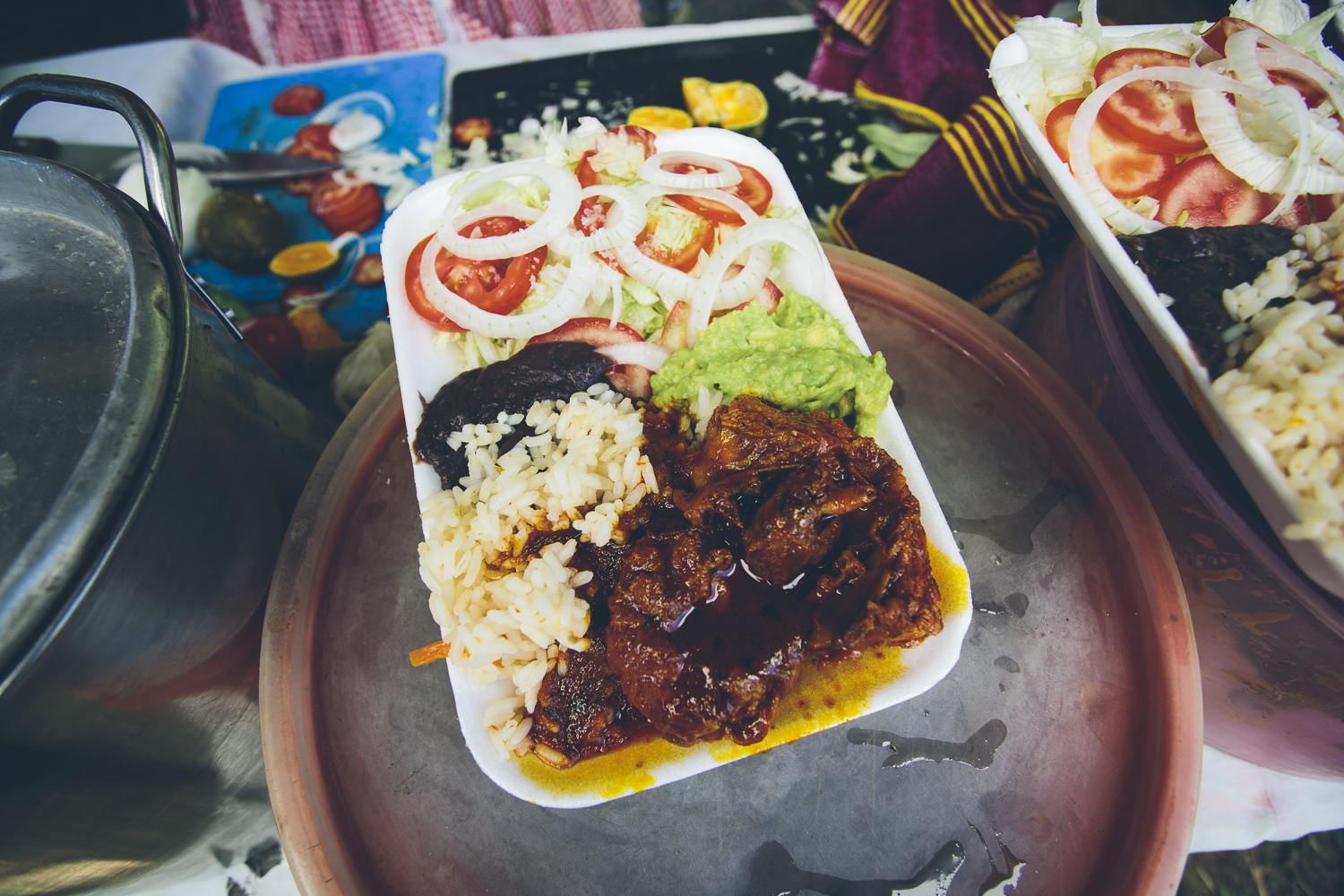 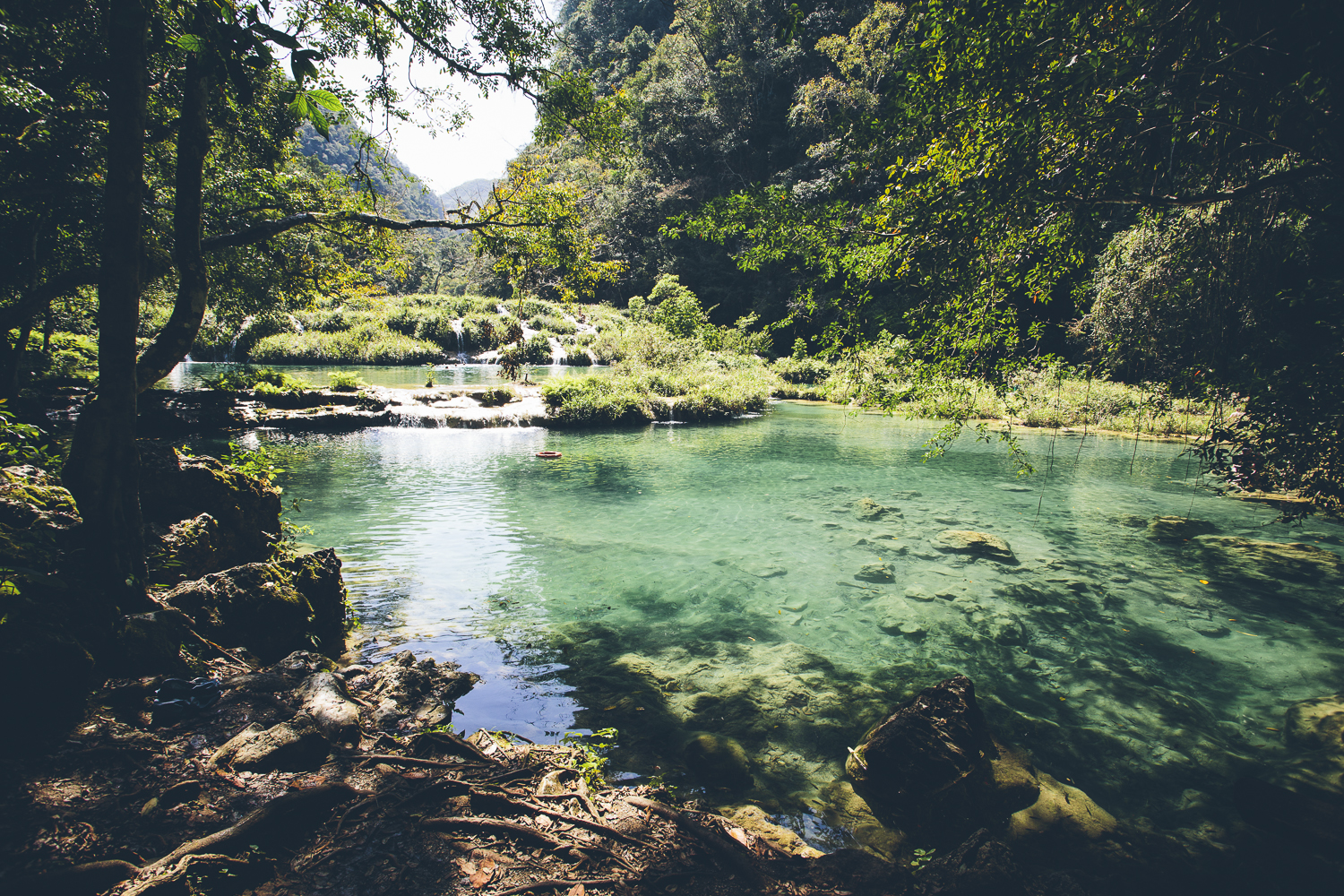 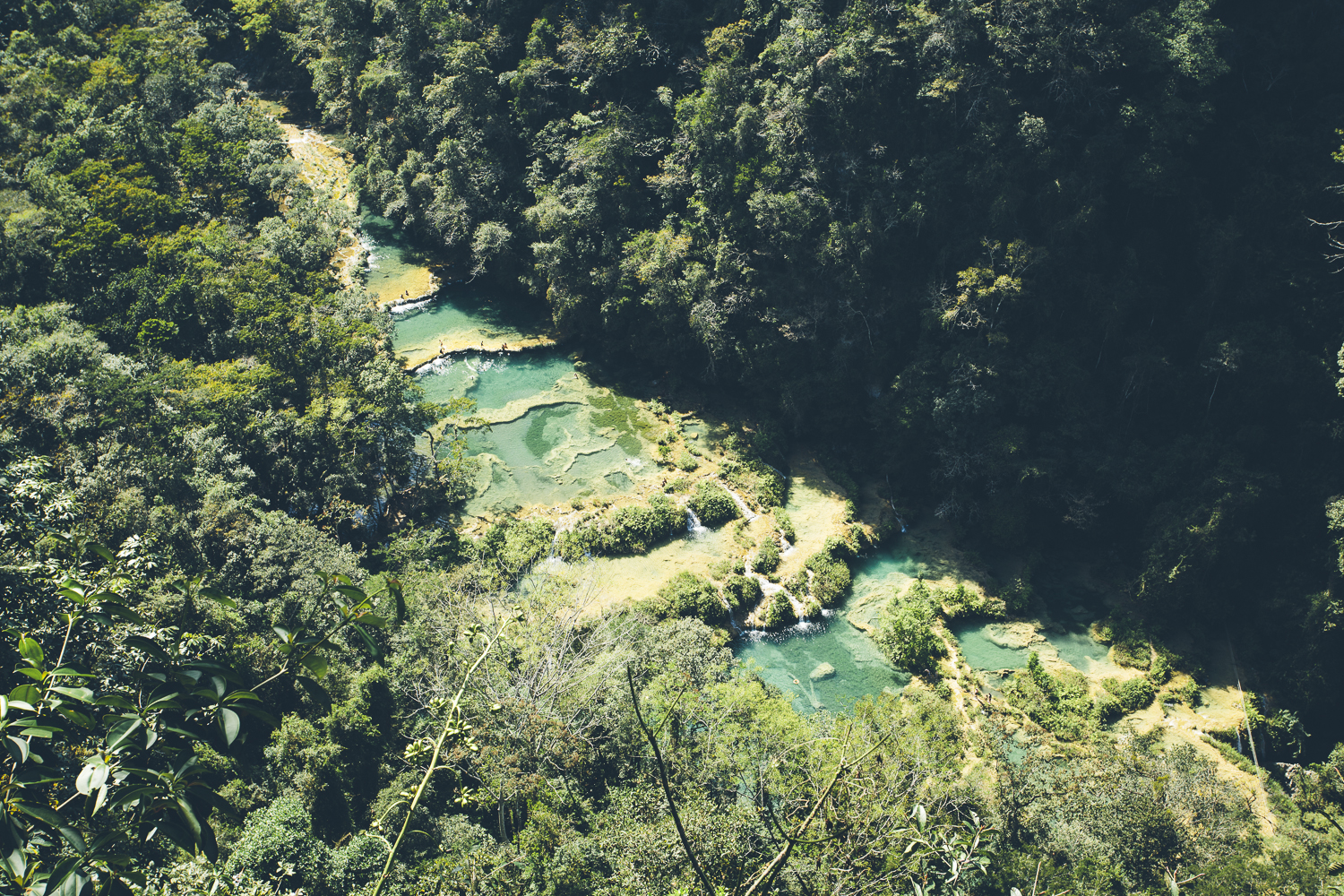 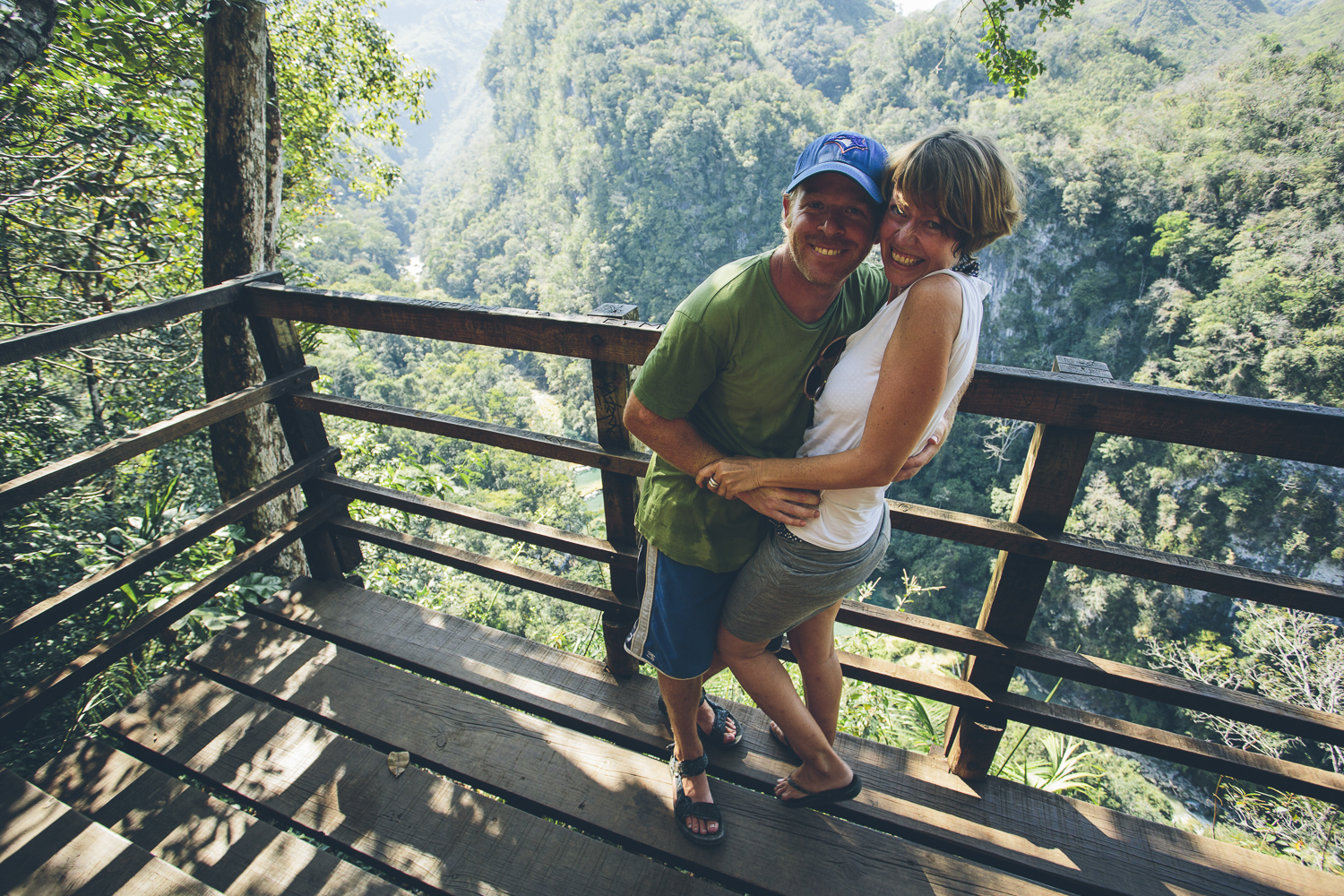 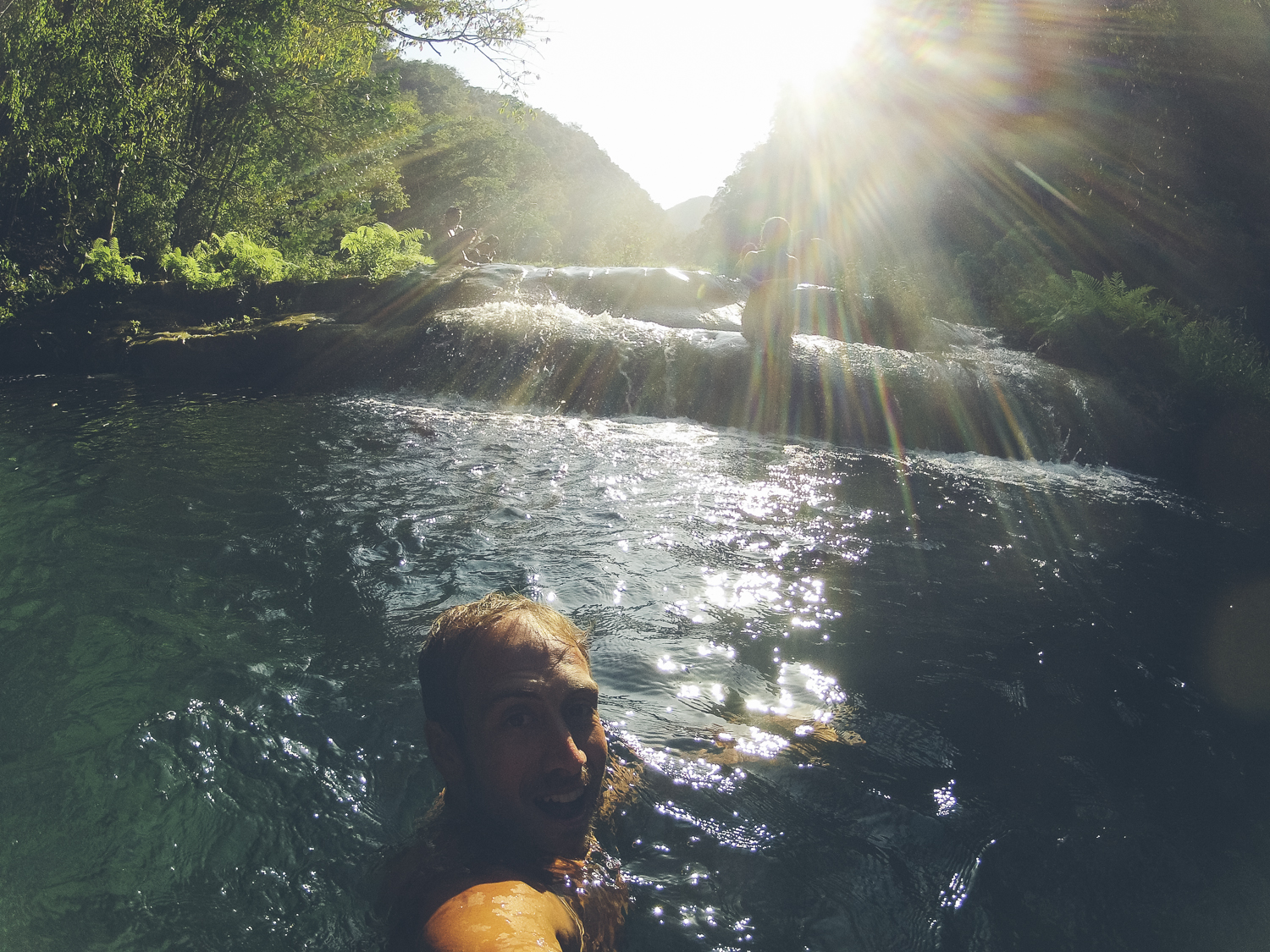 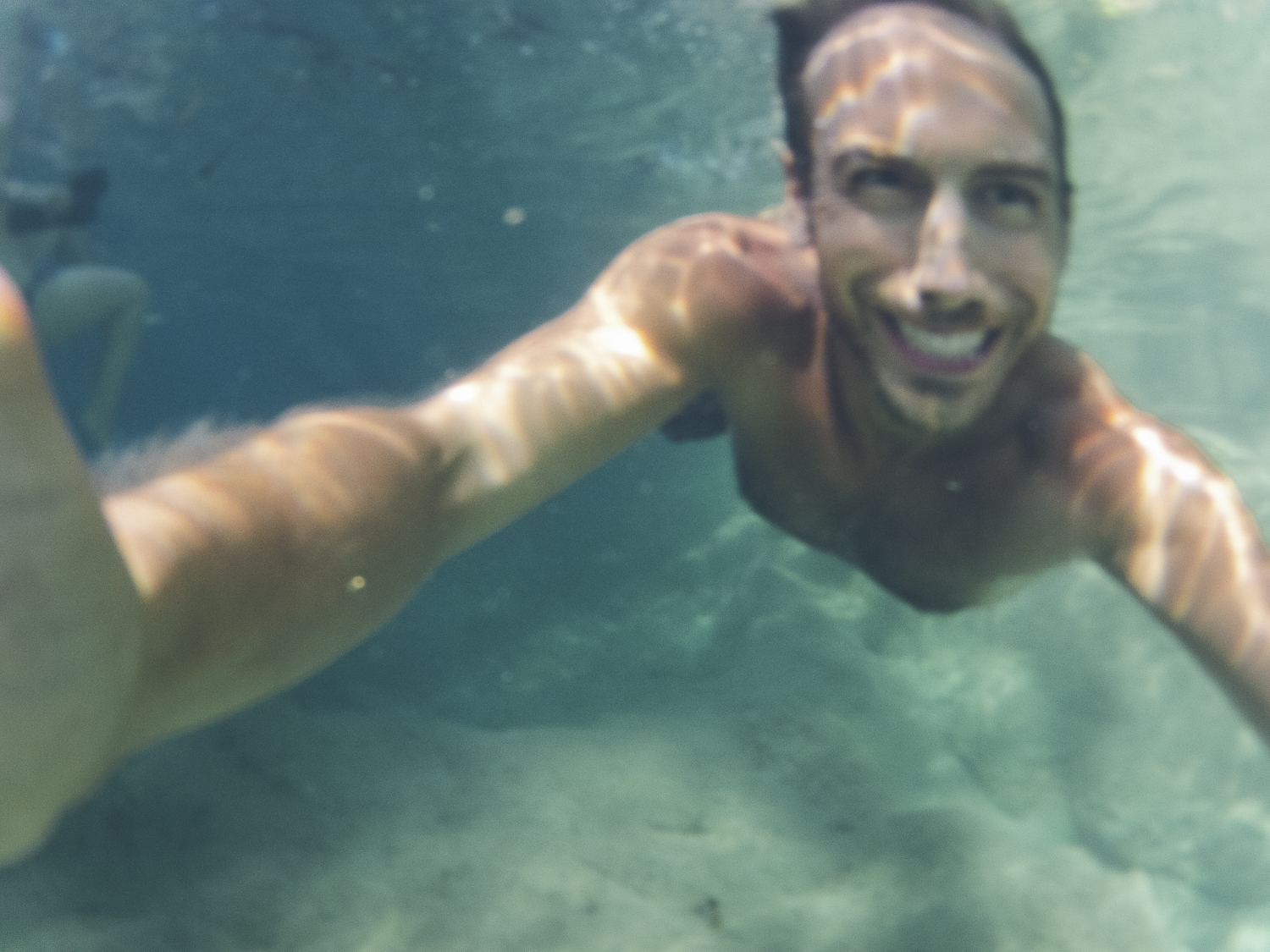 “Chocolates!  Chocolates!” These girls came out of the woodwork once we made our way back to camp.  At first they were quite serious about trying to sell us chocolate… but then they saw our trucks.  The climbed the ladder of our tent, made themselves at home in the Four Wheel Camper, and were fascinated by the running water in the Land Cruiser.  Of course we bought some chocolate… maybe not the best tasting in the world, but it was the best chocolate we’ve had from from a parking lot in Semuc Champey. 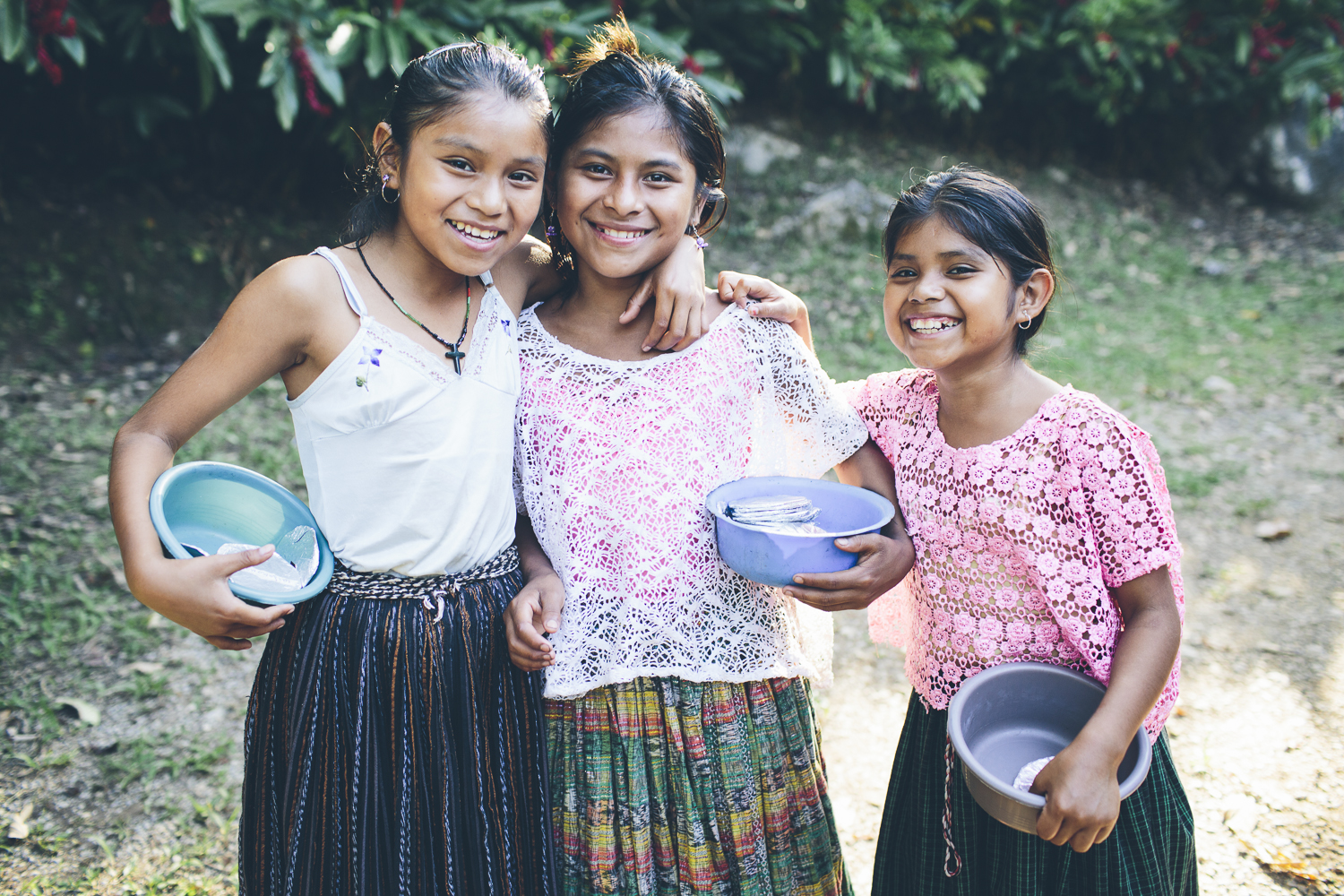 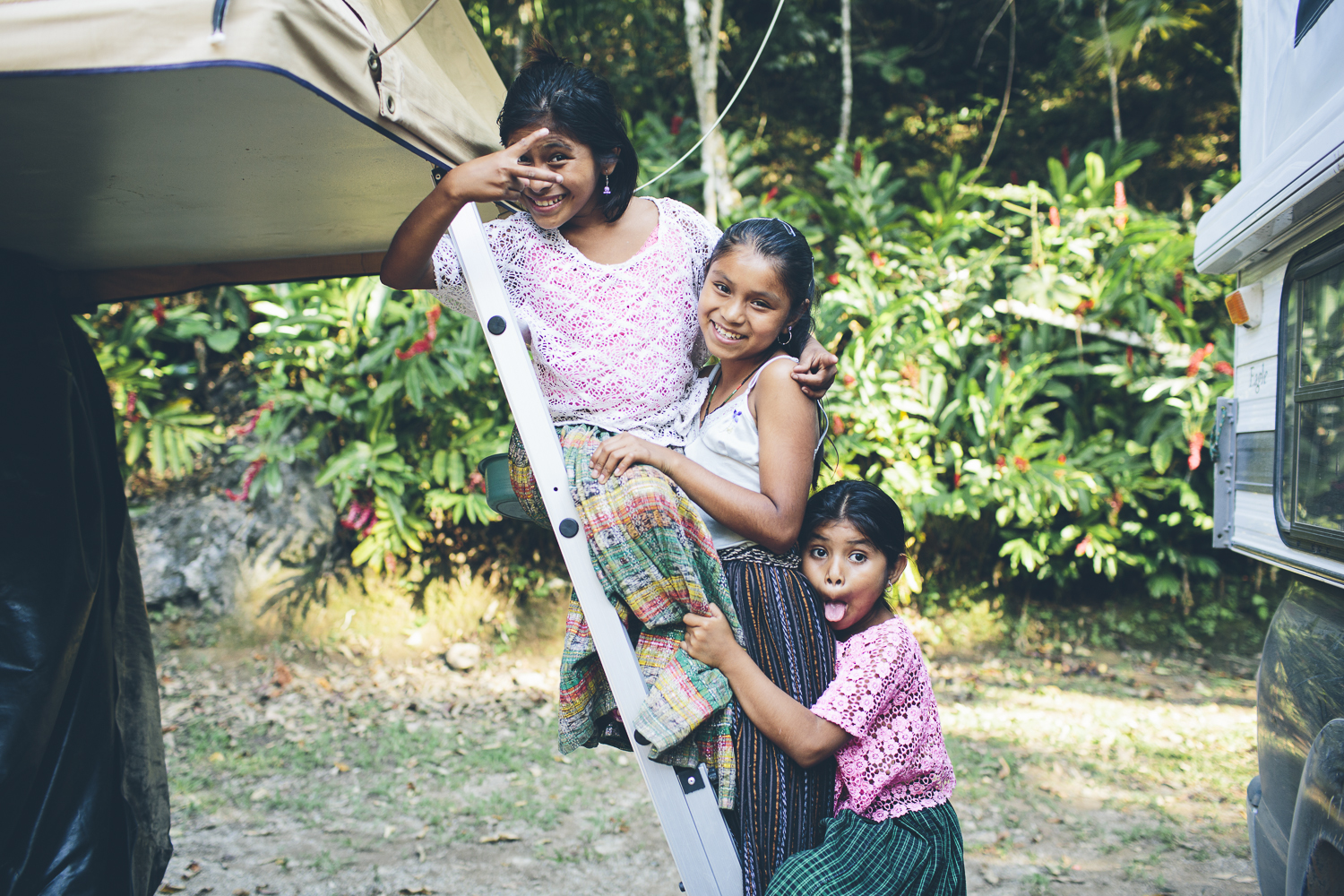 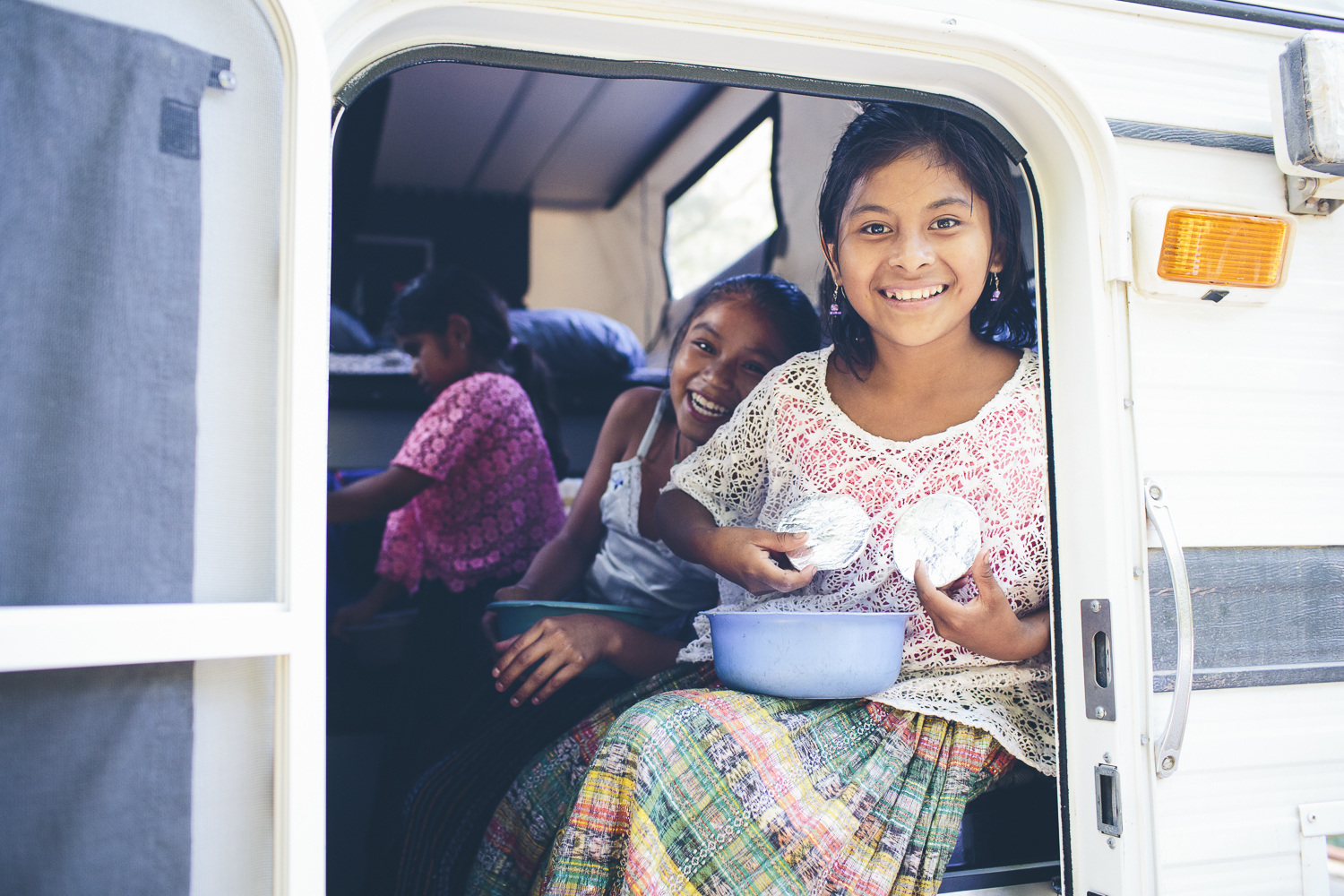 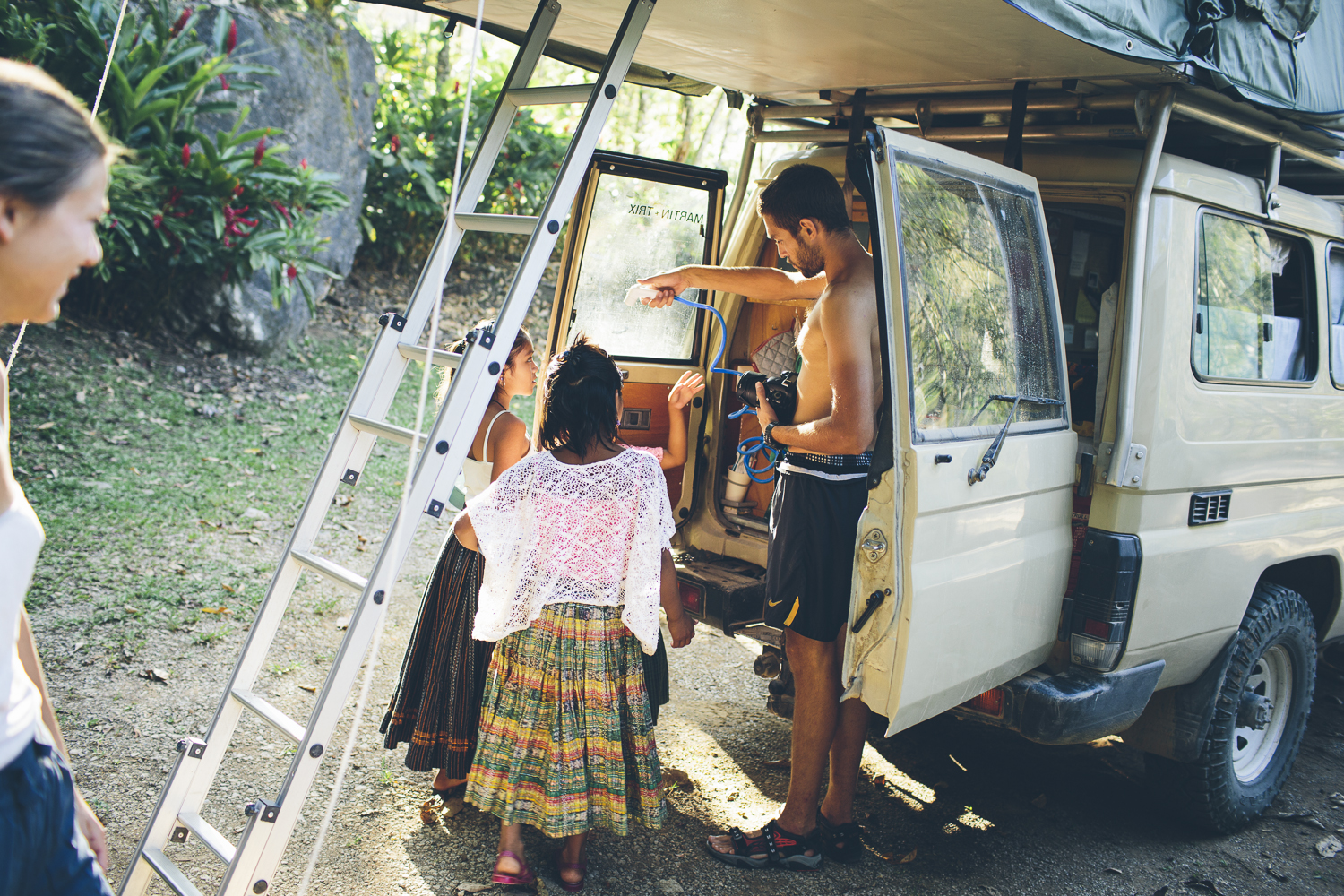 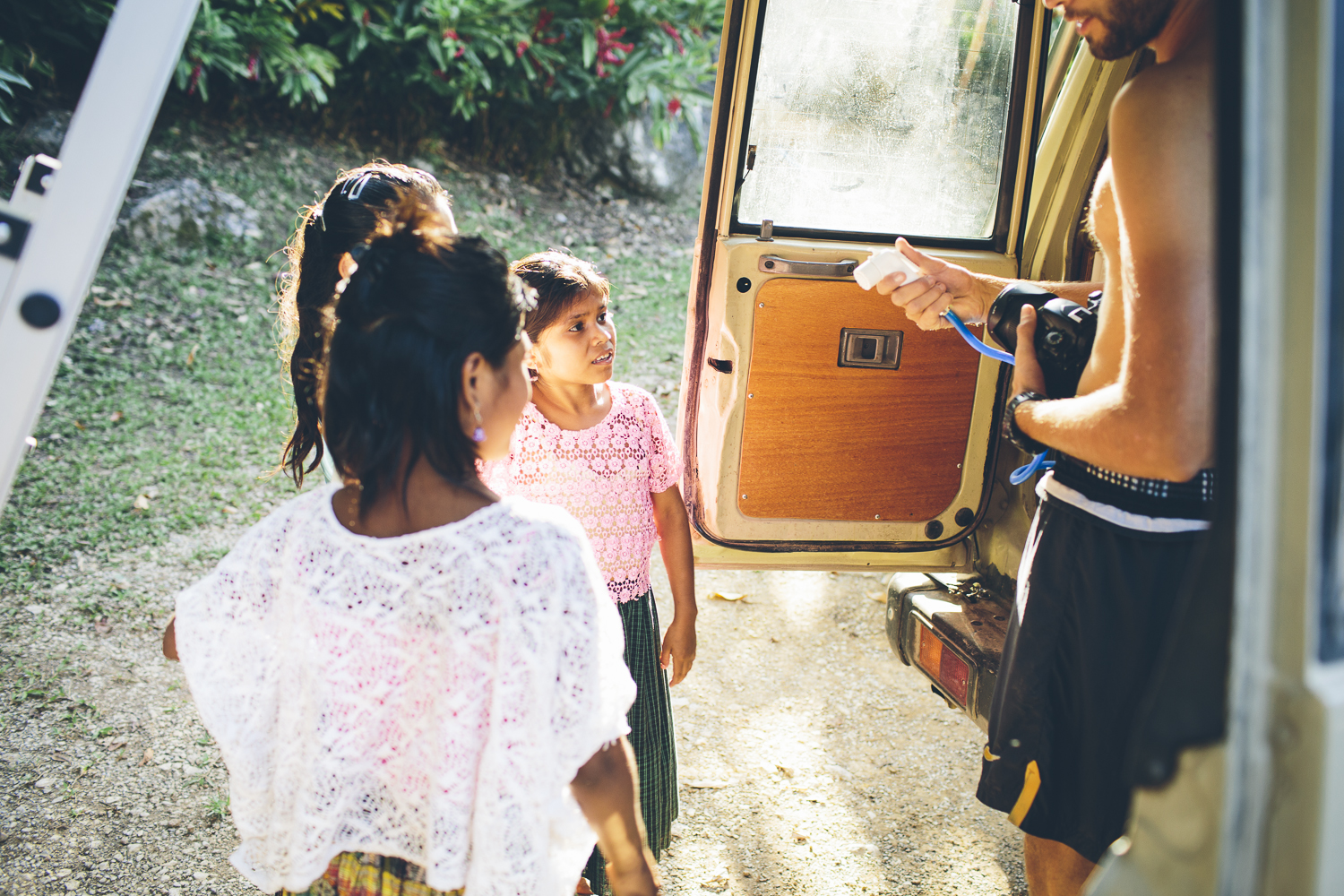 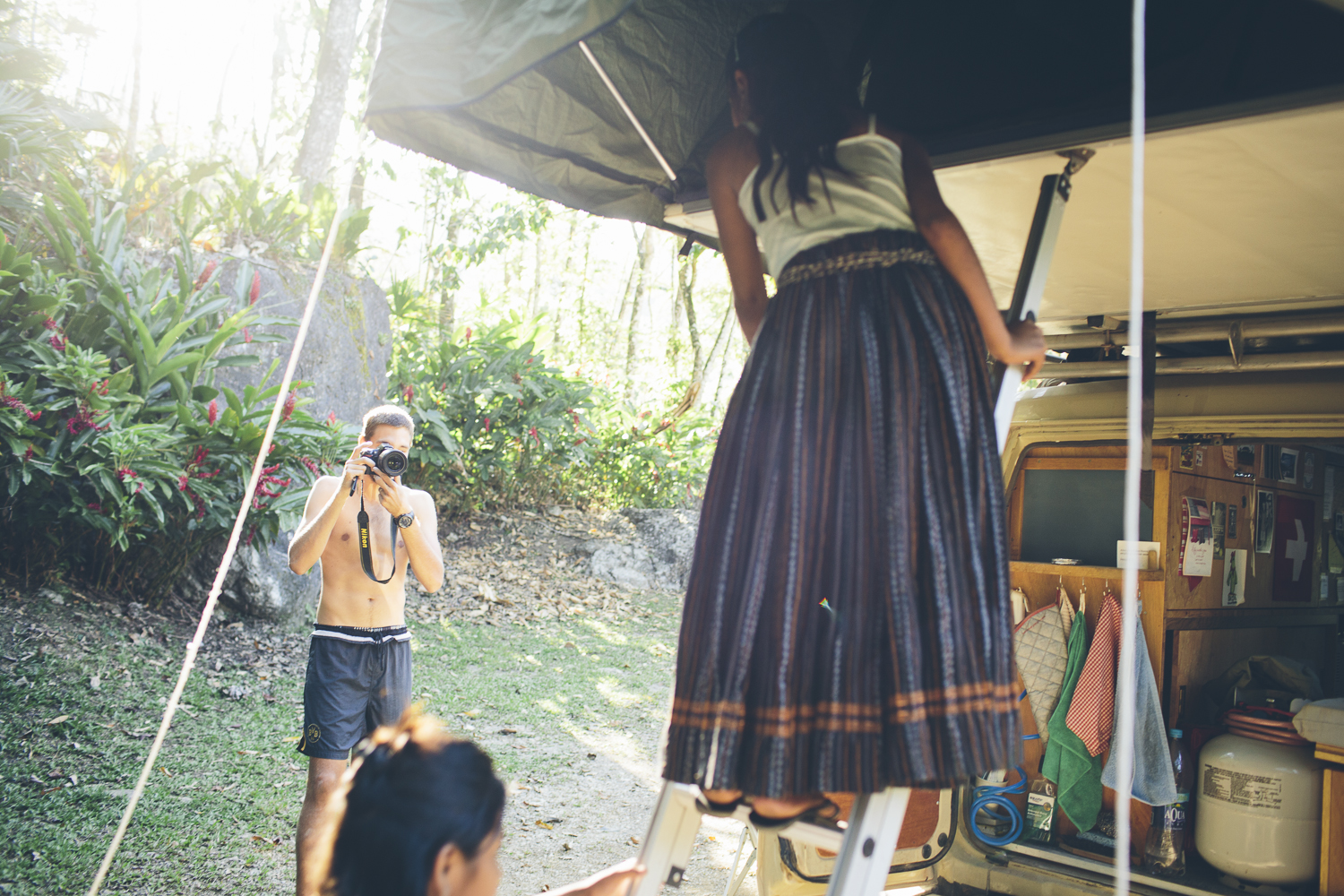 Oh yeah, on the way out of town this happened and the Hi-Lift jack came out for the second time in one blog post!  Narrow streets with passing cars and no curbs resulted in the Tacoma resting on a lower control arm.  No damage was done so we were back on the road in no time. 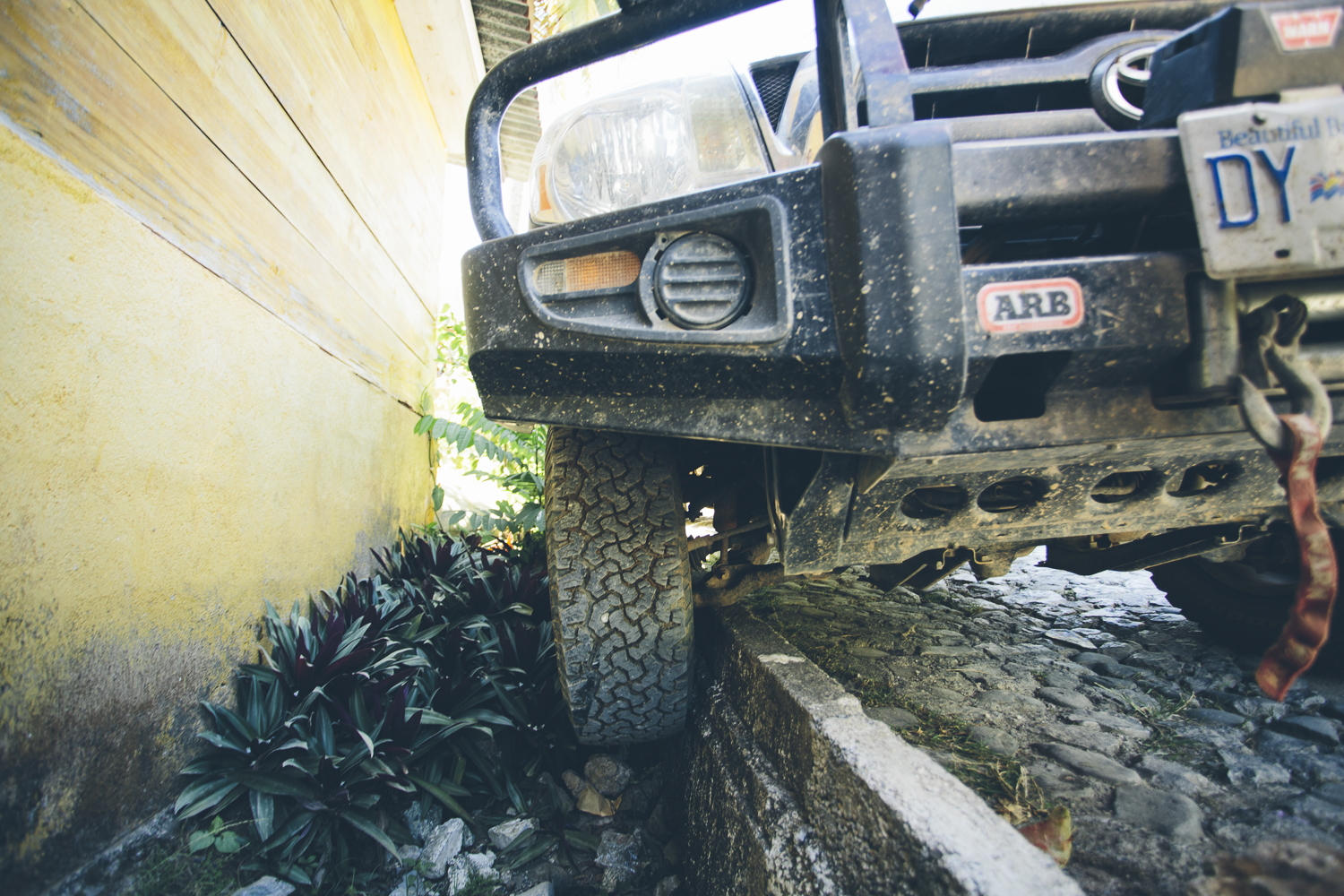 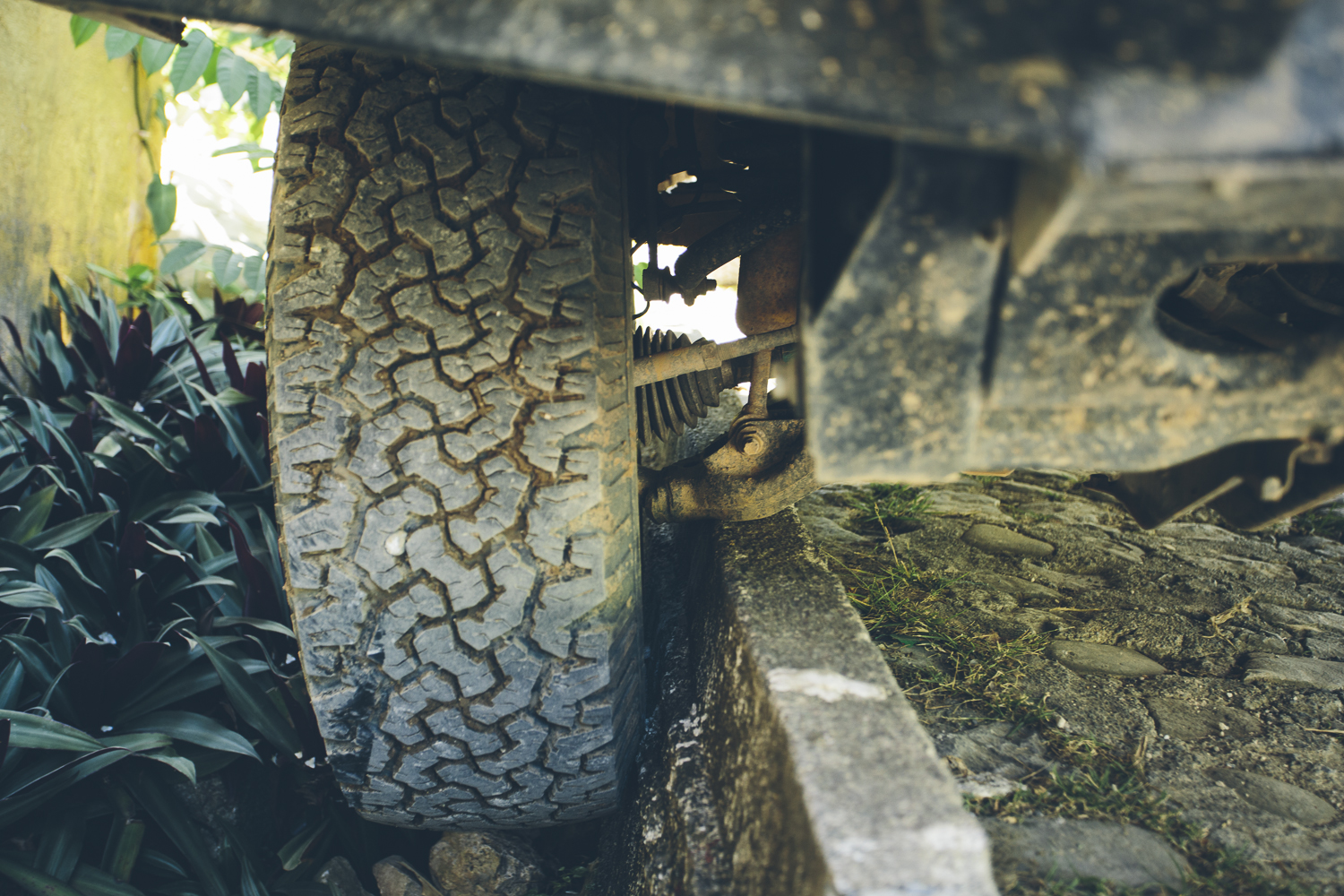