It may sound weird to our friends and family back home who are dealing with the rain, snow, and sleet right now… but we were beached out and, as John Muir would say, the mountains are calling.

There is a 30km stretch of ever winding paved road heading west from the coastal town of Loreto that ends at the San Javier mission.  This mission is one of the best-preserved missions in Baja.  The main cobblestone street was lined with vendors getting ready for the Festivities of the Patron Saint, set to start in the upcoming days.  The four of us stopped for a beer and lunch and decided what to do next (after checking out the mission of course!).

Option 1:  Drive back along the same good road and continue south to La Paz.

Option 2:  Drive the potentially bad road west to the highway on the other side of the peninsula and hope for somewhere to camp along the way, hope that the roads weren’t entirely washed out, and hope that these 70 km of driving wouldn’t take us 5 hours.

As we are adventurous beings, we decided on Option 2.  After stopping to air down near a rancho with some friendly goats and a dirty little pup, we continued on our journey.  We ran into our first river crossing after about 20 minutes on the bumpy road.  We popped out of the truck for a quick scouting mission to check how deep the river was… at least it was only about 14”!  They always look deeper than they actually are.  Just to make sure, we locked the hubs, threw it in 4lo, and pushed forward.  No problem!

We ended up crossing many rivers in the same manner, always hoping there wasn’t one that would make us turn back.  There was only one we were hesitant about crossing, but the locals who were working on the road nearby hopped in their 2wd Chevy pickup with bald tires and showed us that it wasn’t a big deal.  Okay, fine.

As the sun headed closer to the horizon we decided it was time to find a place to camp.  We were in the deep Baja wilderness so our new options (hey, it’s like a ‘choose your own adventure’ book!) were to find a local and camp on their property or boondock.  Richard had the impression that his Pimsleur lessons were working their magic and felt confident in asking the first rancher we came across, “Where is the camping?”

“Donde esta campo?” Richard asked as he shrugged his shoulders.

The rancher gave him a crazy look.  Or a look like he was looking at someone crazy.

“Si, el campo.” The rancher replied as he waved his hands in a wide, all encompassing gesture.

At first we thought, “Let’s continue on, that rancher had the crazy eyes going on.  Plus, he said we can camp anywhere.”  Ashley, with her trusty English/Spanish and Spanish/English dictionary realized that el campo actually meant “countryside.”   Embarassing gringo/local moment #1.

We continued for another 10 minutes before finding a nice clearing on the side of a river.  We set up camp and before long a kid with a machete showed up.  Everyone was preparing dinner in the XP camper while Richard was collecting wood for the fire.

Now, let’s try this again with (what we think is) the correct word for camping, ‘el campimento’.

“El campimento OK?”   Hopefully that came across as, ‘Camping okay?’

“Si!” he replied as he made a sleeping gesture with his palms together at the side of his head.

And then he proceeded to hack a couple of the nearby trees apart with his machete.  After each swing he would look back at Richard with a giant grin.  This was most likely in a childish showing off sort of way and hopefully not in a, ‘Don’t camp here or I’ll do this to you’ sort of way.

Eventually the boy’s older brother showed up.  Ashley and Erica watched the scene from inside the camper.  Richard, young Manney from Modern Family holding a machete, and his older brother stood around the campfire looking awkwardly at each other.

At this point Richard was really wishing they had made it past the 3rd Pimsleur lesson.  There is really only so much conversation you can have in Spanish with a total of 30 minutes of lessons.

Eventually the English/Spanish dictionary came out, the boys got some rudimentary facts about each other sorted out, and we had a great place to camp in the middle of nowhere and knew our neighbors well enough to be comfortable for the night. 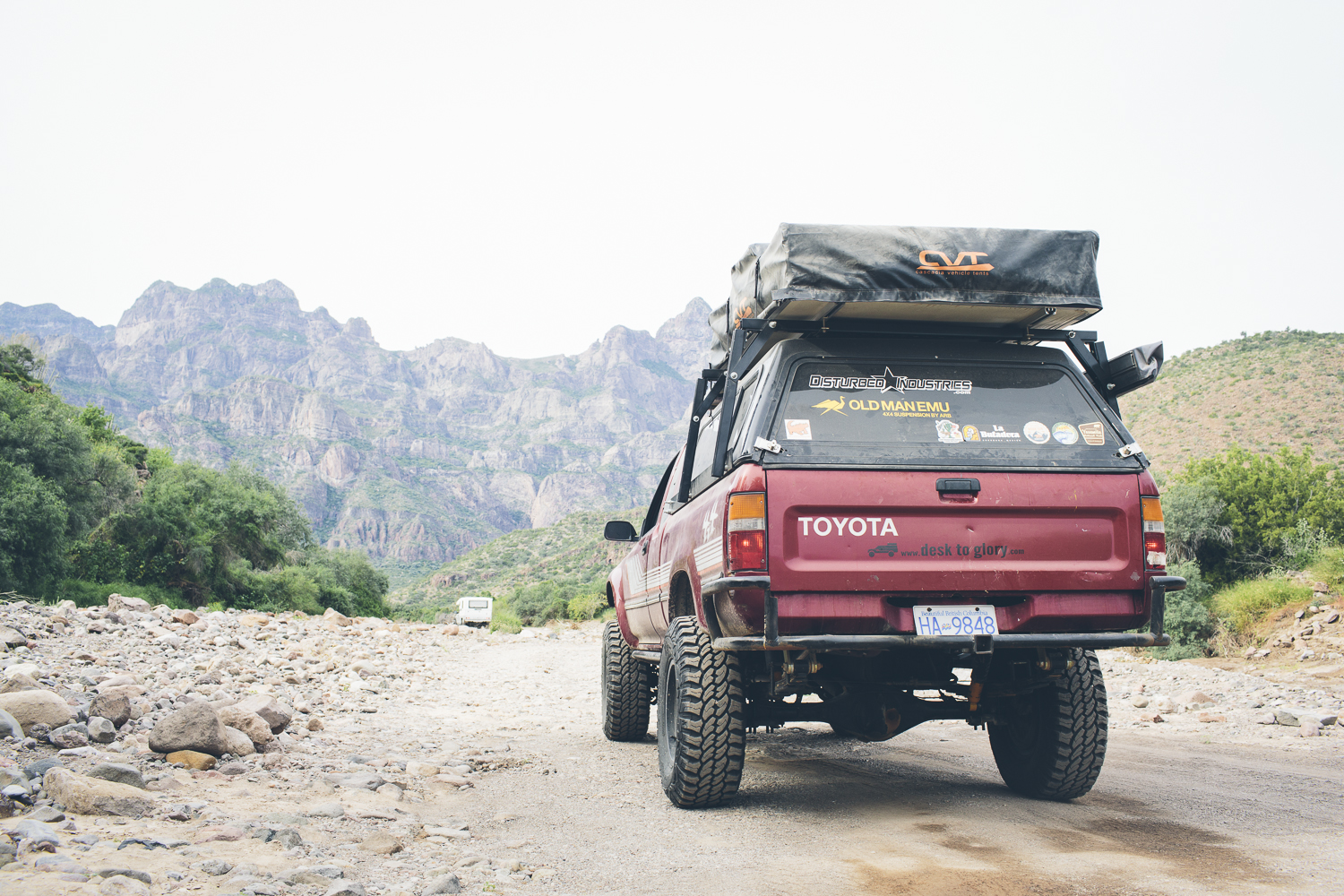 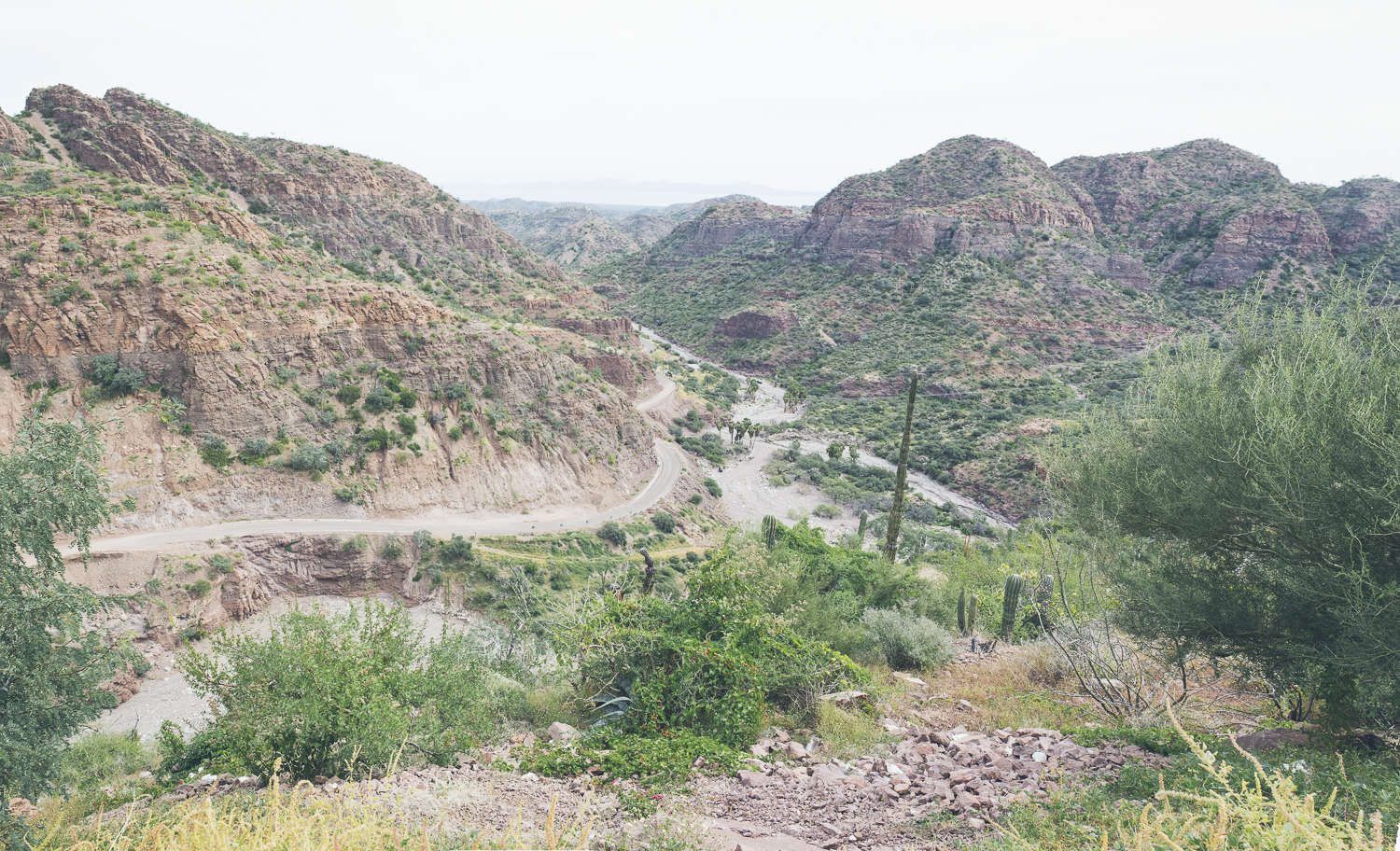 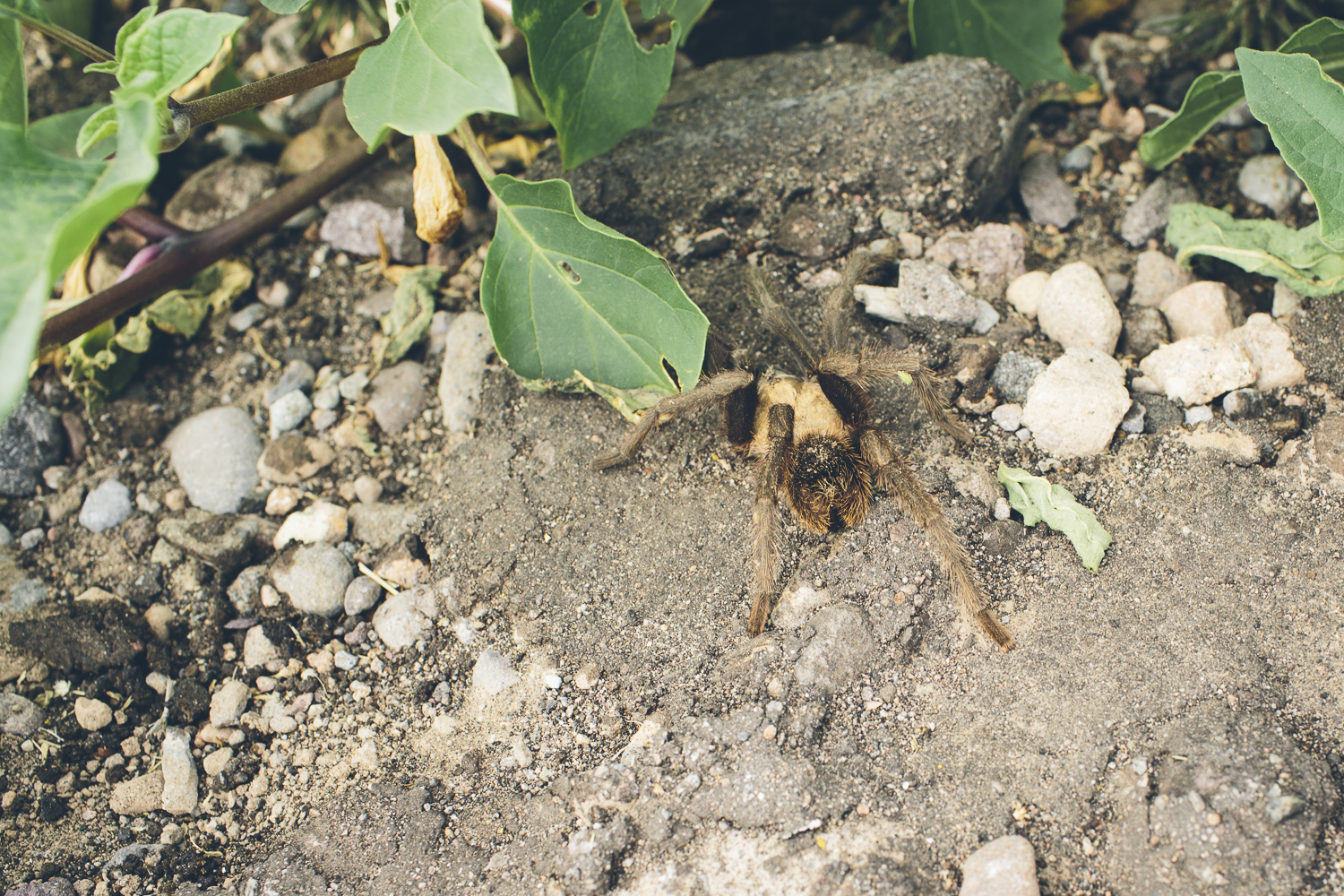 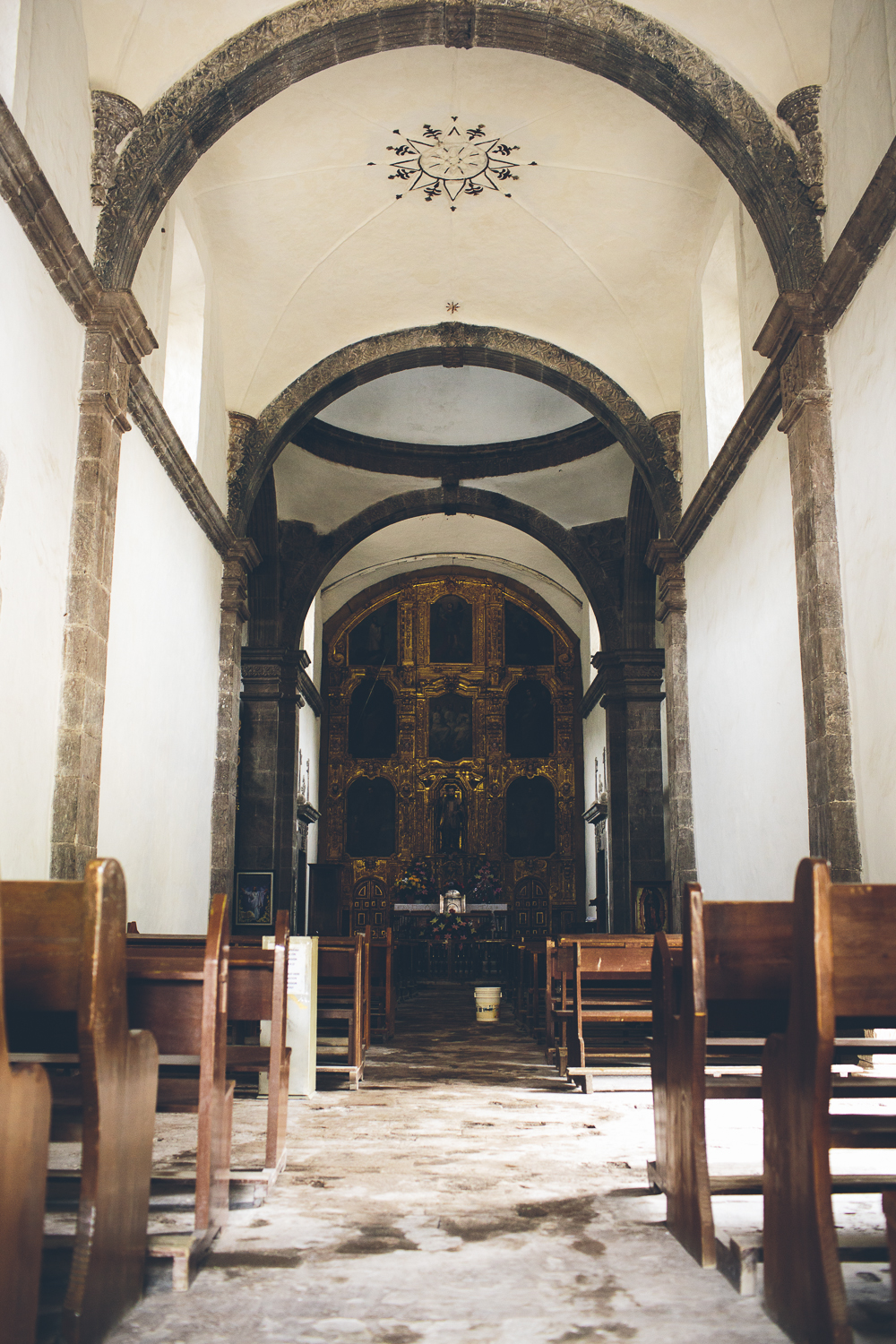 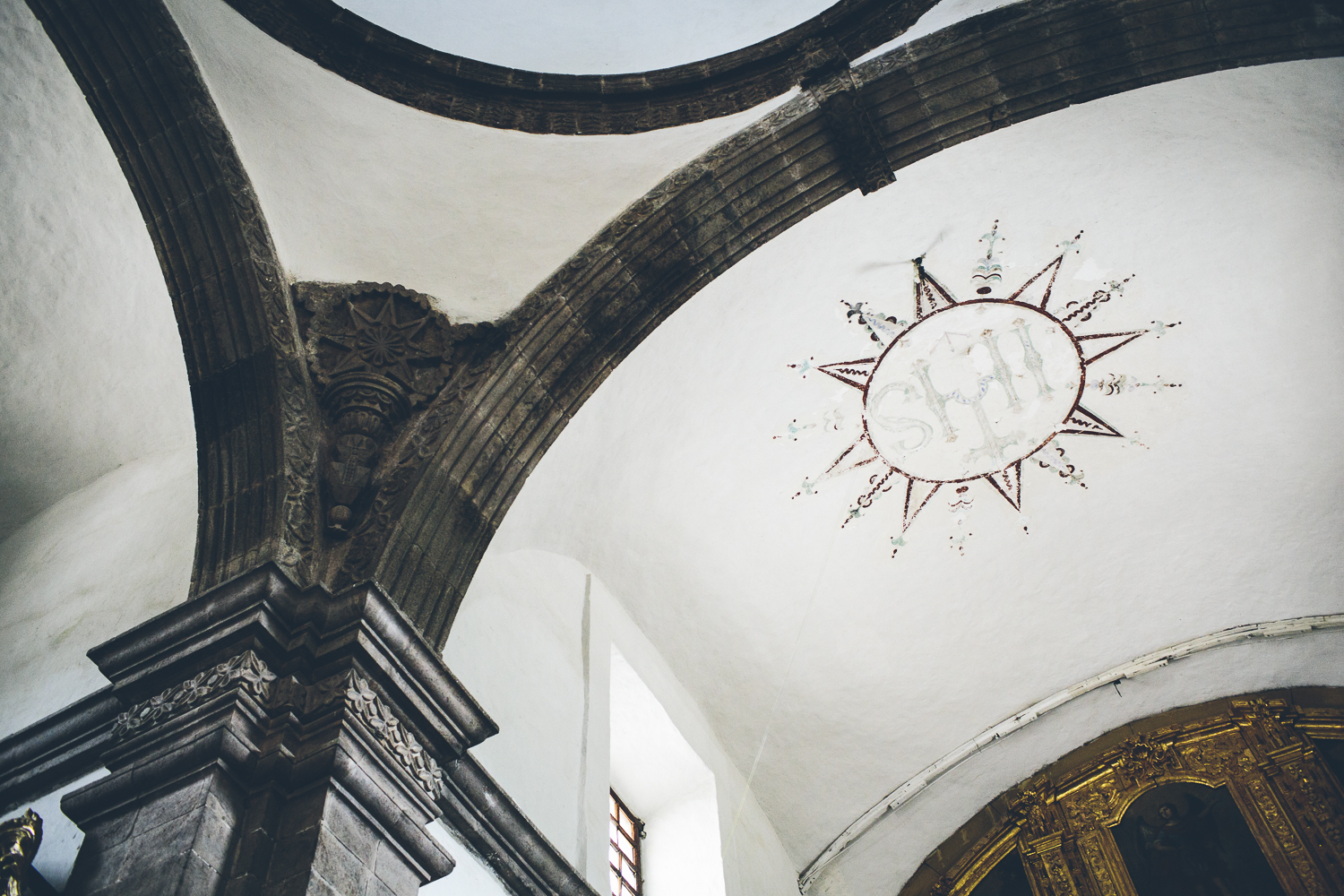 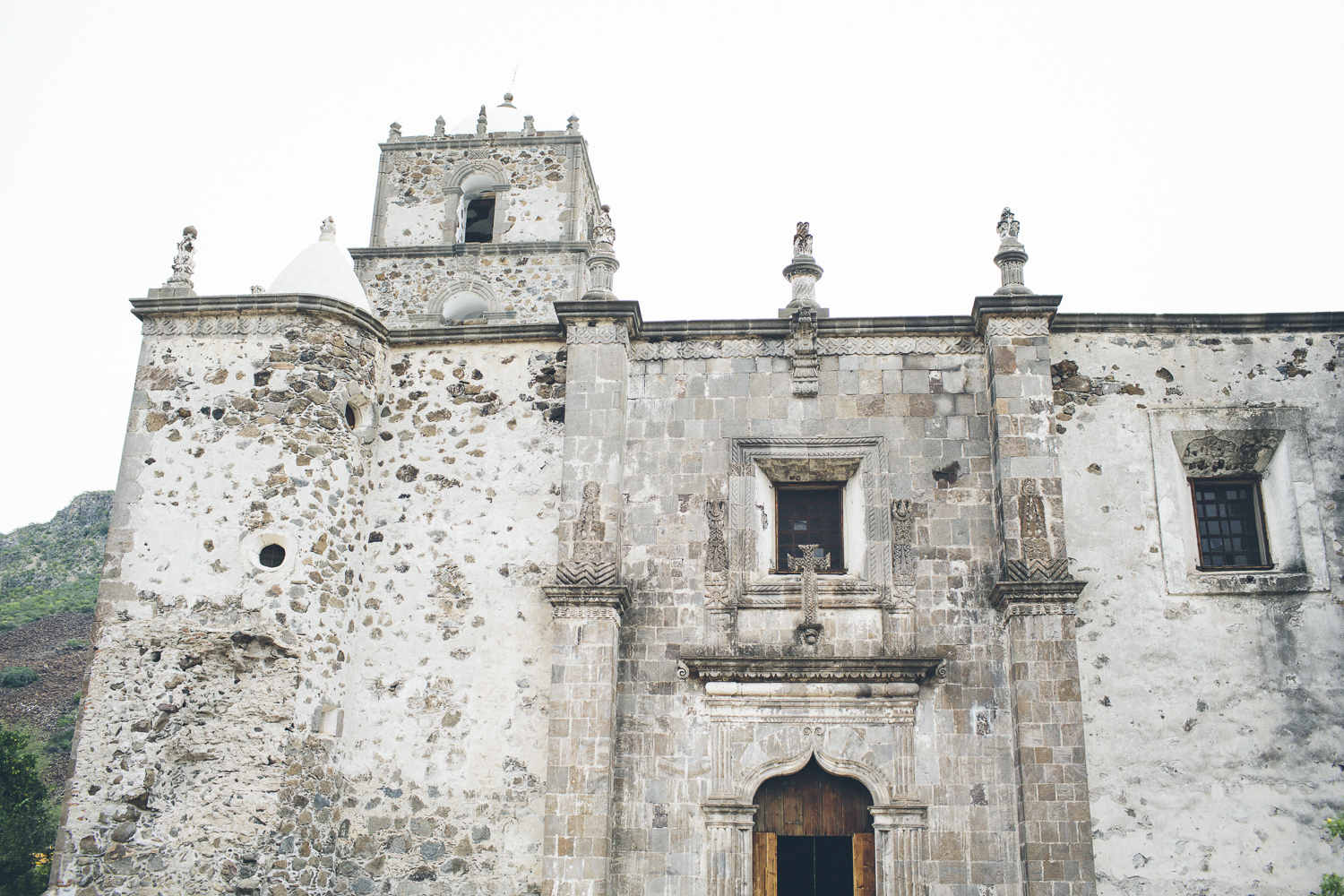 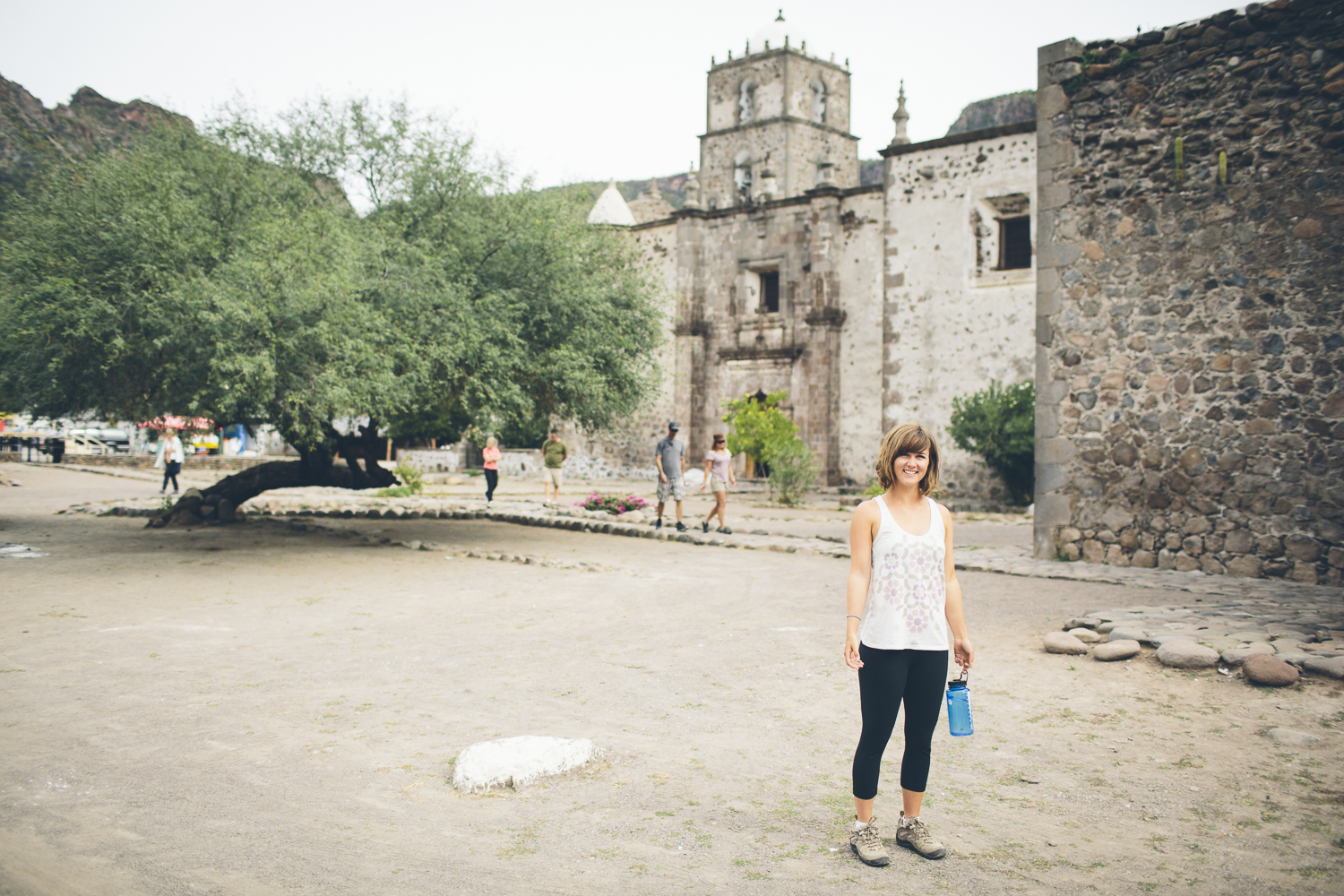 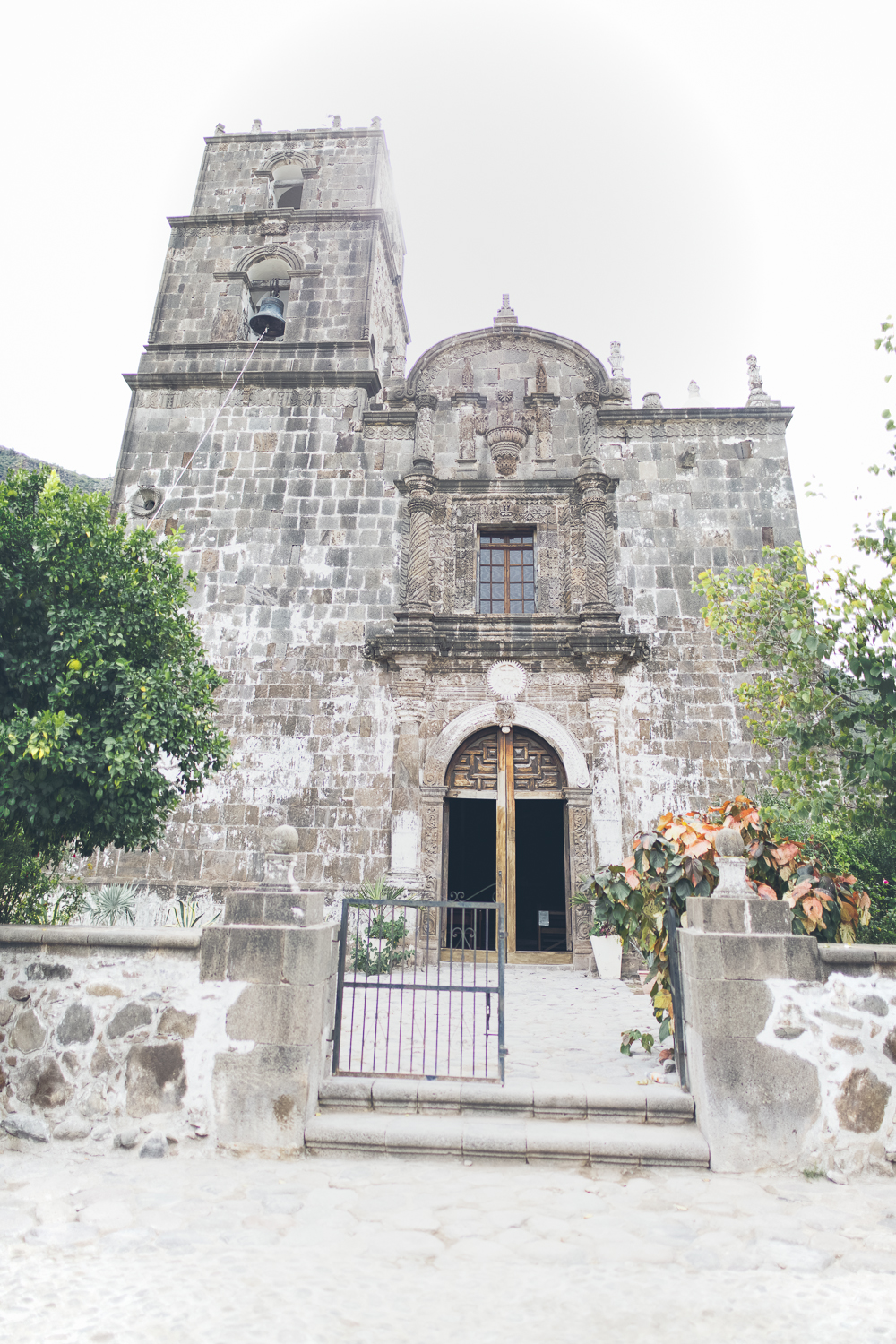 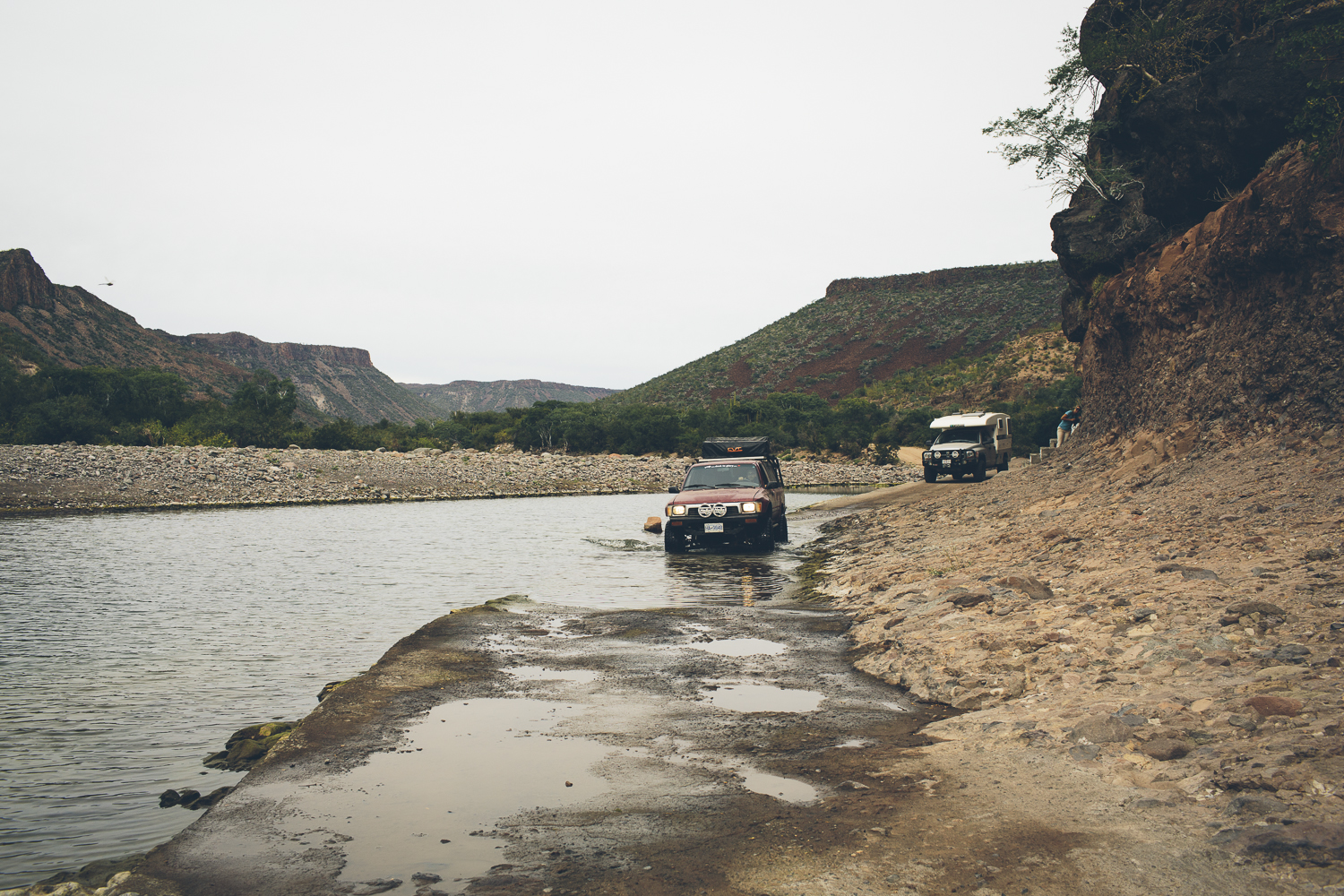 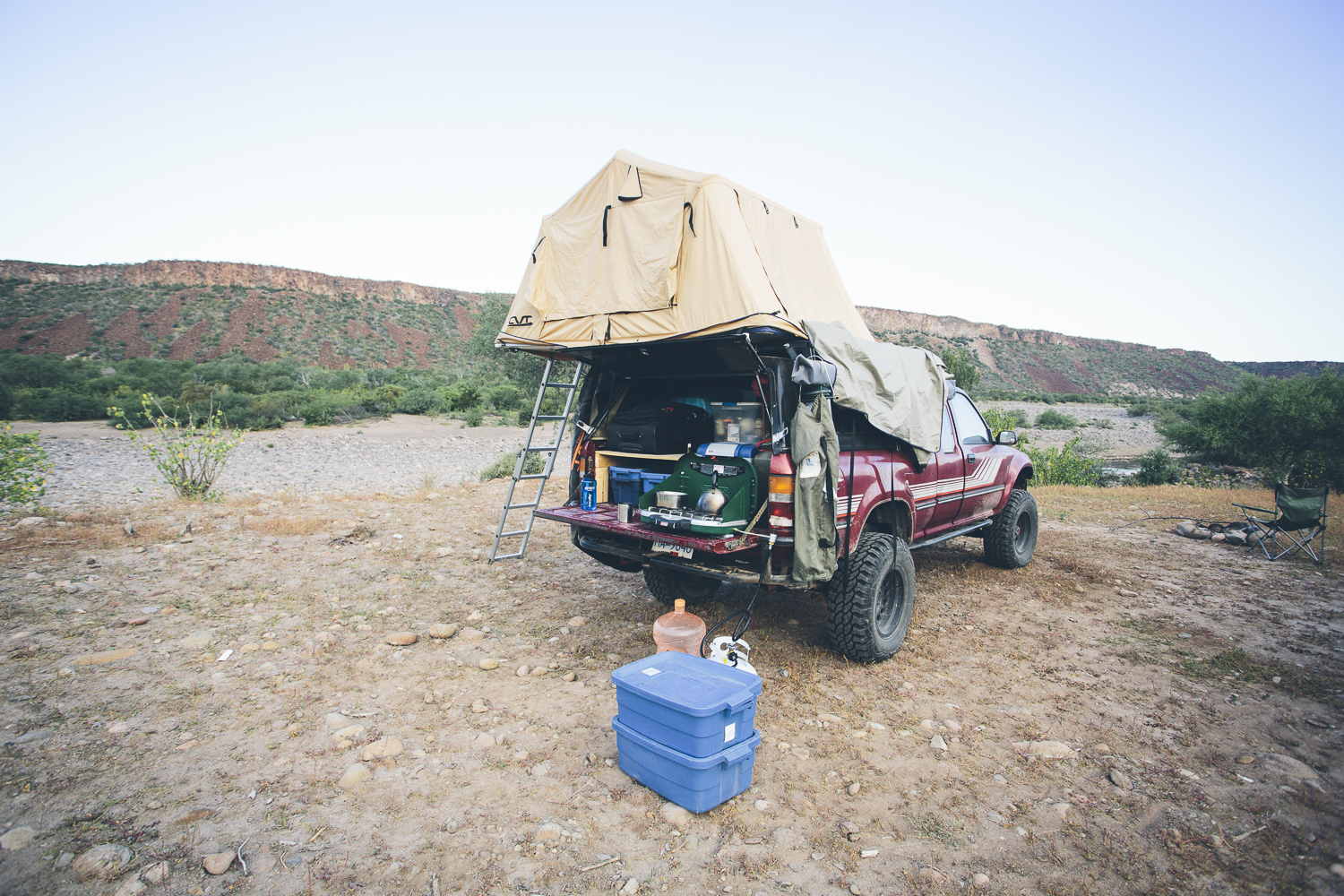 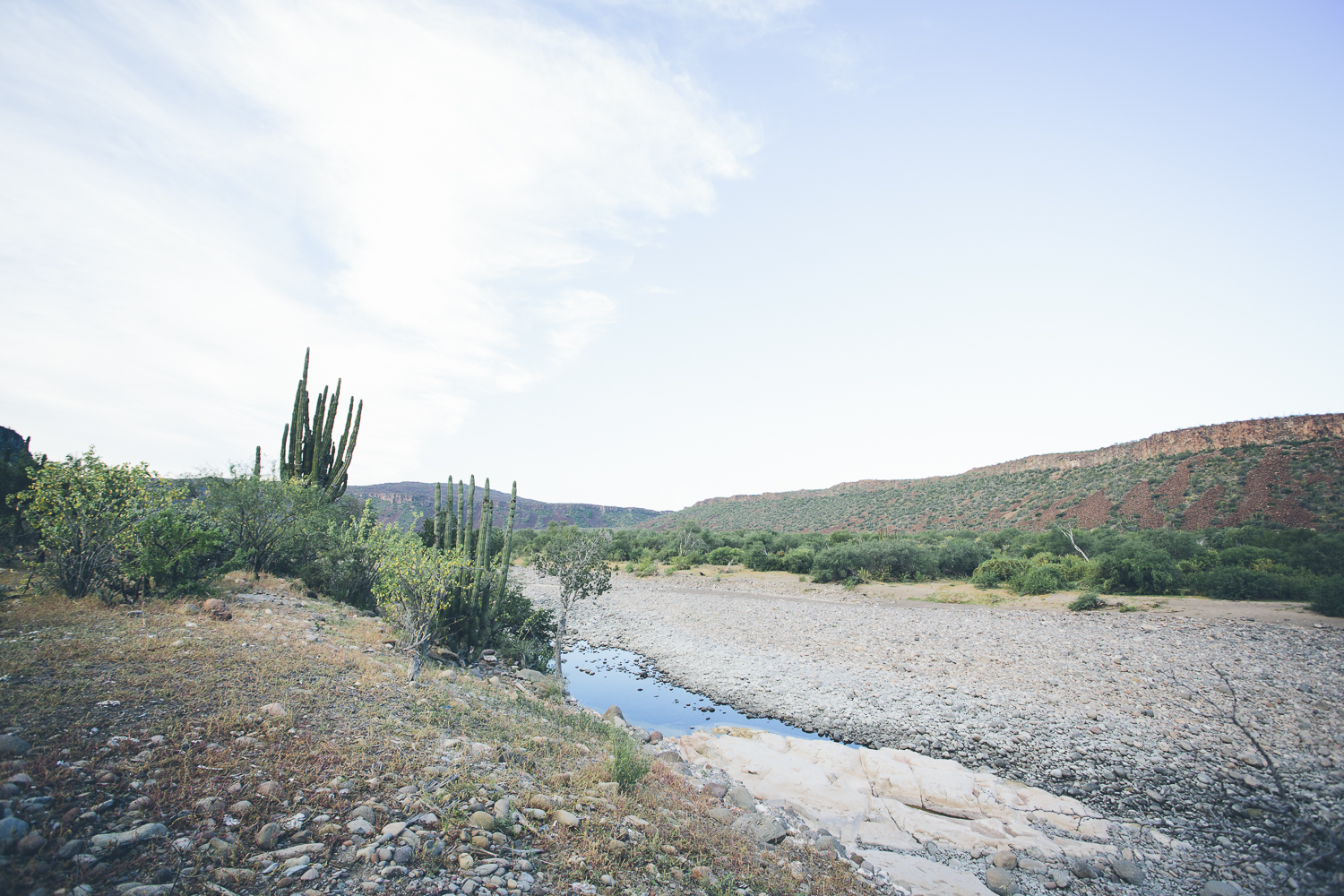