Oaxaca and the Pueblos Mancommunados

Our plan after Mexico City was to head to the colonial town of Puebla to try the famous mole poblano and then continue on to hike the dormant volcano Ixtaccihuatl.  En route to Puebla we made a last minute decision to skip it because we were citied out and needed some nature ASAP.  Ash’s nasal passages were blocked up with air pollution and we were craving some clean mountain air.  Instead of heading straight to the volcano we opted for the opposite direction towards Veracruz.  After a full day of driving randomly around the state of Veracruz looking for camping (based on nothing but the green national park on the map), we ended up at an auto hotel in the middle of nowhere.  Hey, at least it was cheap.  We camped in the parking lot and had access to a room to use the toilet and sink.   AND some free birth control on the nightstand…?  Gross.

The following day we headed to Oaxaca (pronounced “wa-haw-ka” and not “oh-ax-a-ka” as Richard loves to say) and camped at the Canadian-run Overlander Oasis.  Leanne and Calvin were amazing hosts.  There are many other travellers who have stopped here and we have heard nothing but great things from them as well.  Calvin is a master craftsman and can fix or build anything you need for your overland rig.  They also have bikes to borrow.  Yes, Ash FINALLY got to ride her bicycle! 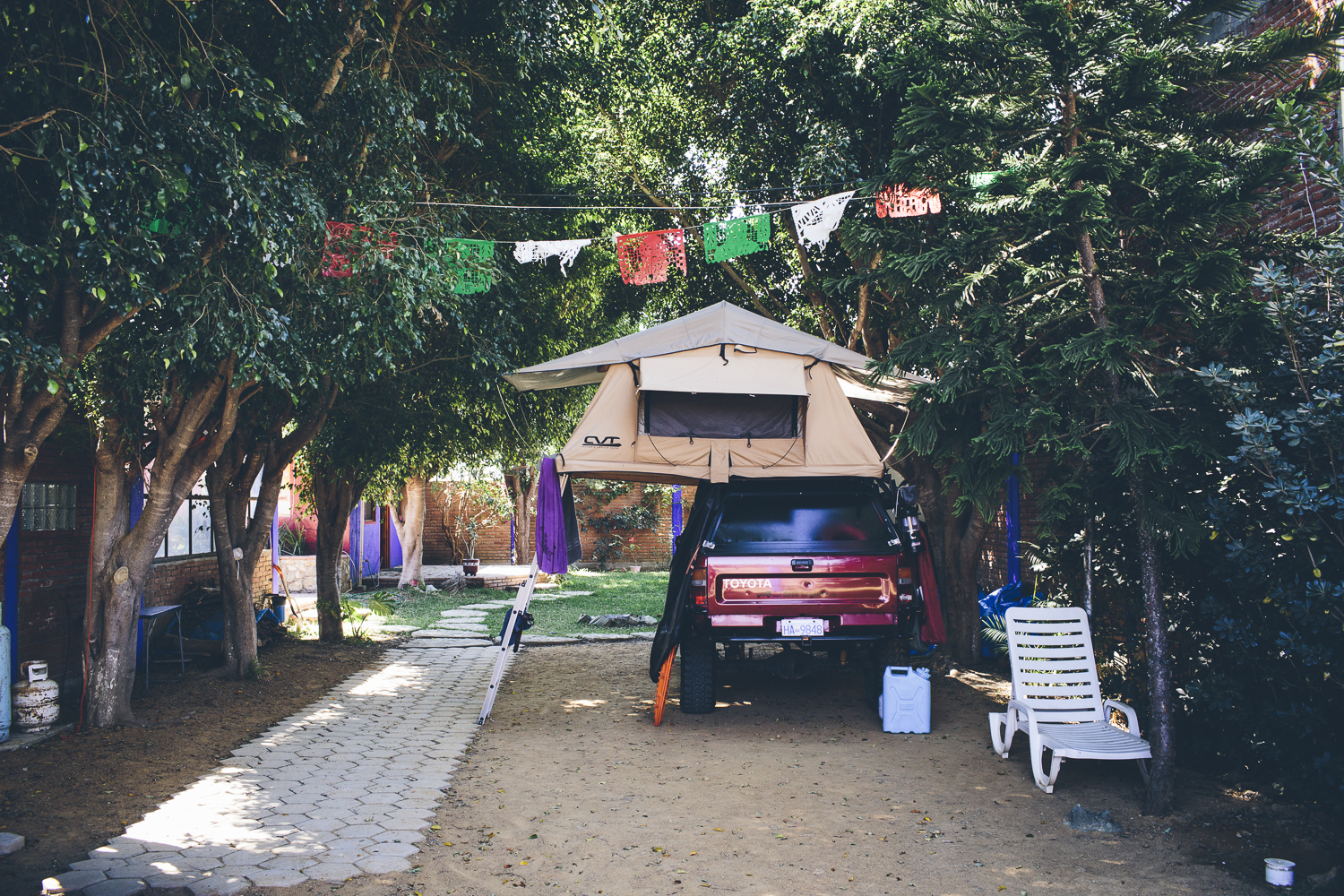 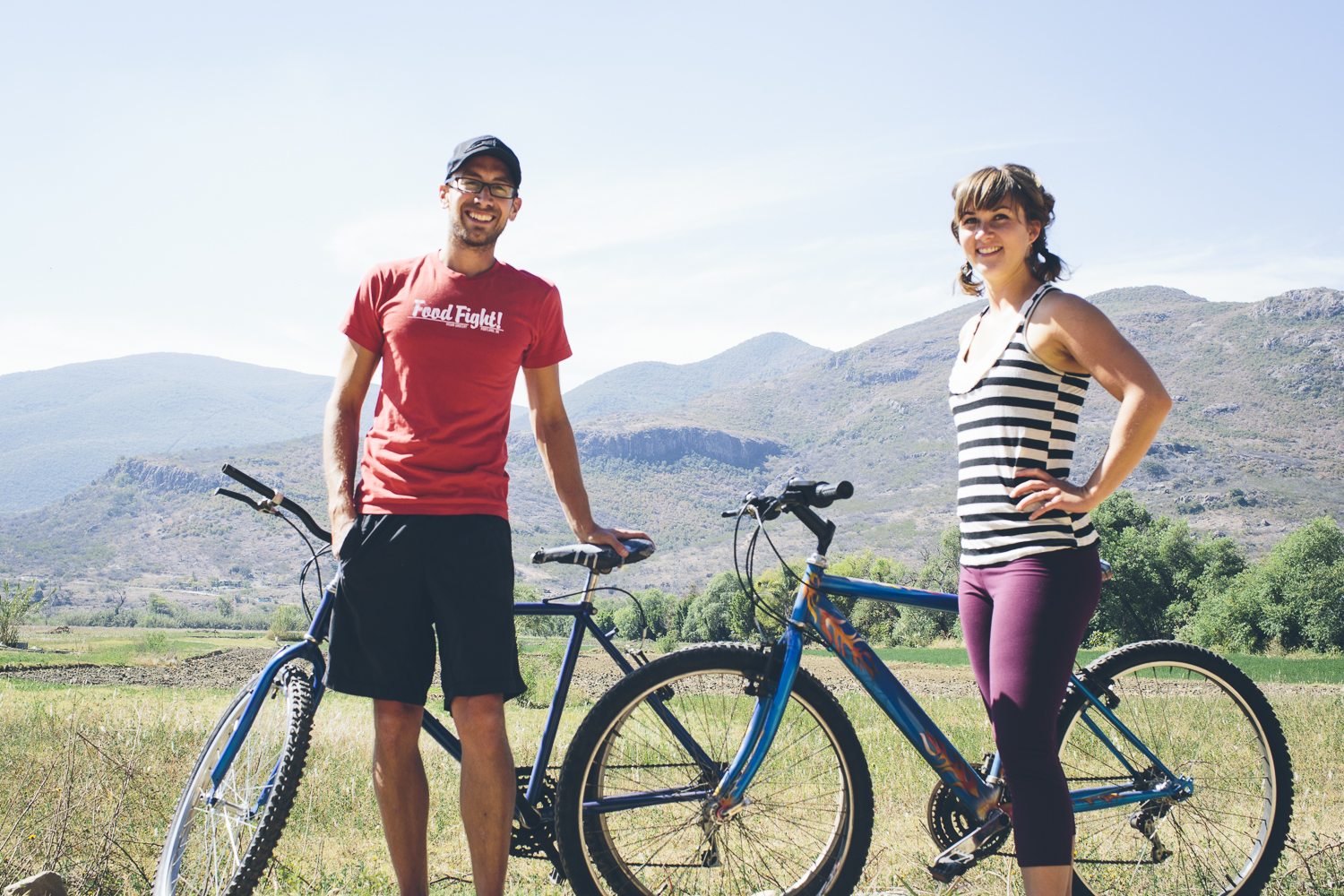 Calvin and Leanne’s dog was super friendly.  We would have remembered her real name if Richard would have stopped calling her Snags due to her awesome snaggle tooth.  She’s a sweetie… even if she doesn’t look it in the first photo 🙂 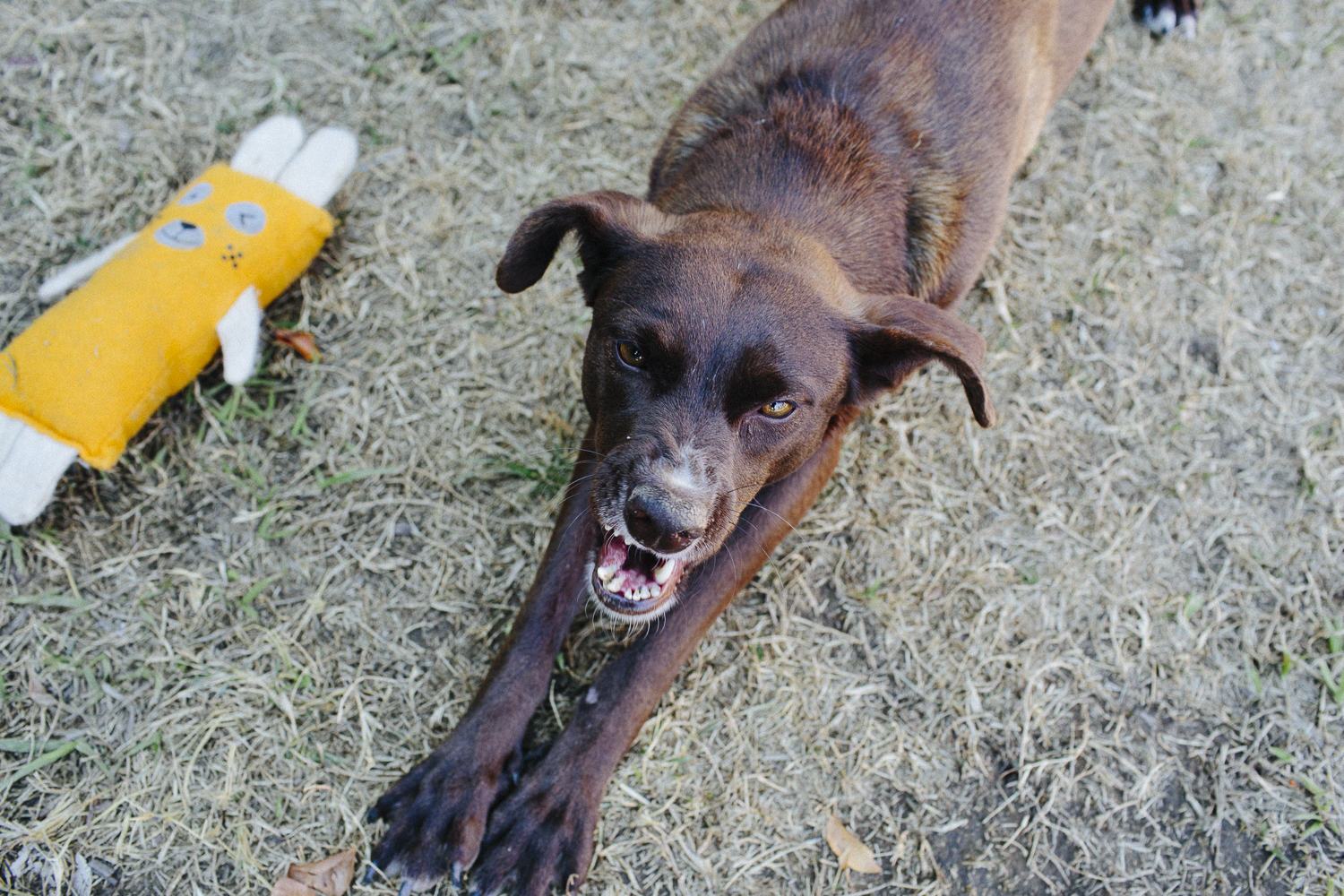 After a couple of sightseeing days in the city (this mainly consisted of walking to different cafes to sample the coffee options) we headed to the Sierra Norte to the Pueblos Mancommunados.  The Pueblos Mancommunados are a group of 8 villages which are linked with hiking and biking trails.  Our destination was the village of Benito Juarez, which would be the jumping off point for our hike to the next village of Cuajimoloyas.  The Pueblos Mancommunados have a great eco-tourism program including guided hikes, biking, and zip lining.  Each village has its own community dining room where travelers can have a wonderful sit down meal (they serve breakfast, lunch and dinner) for around $5 USD per person (try the hot chocolate con leche – best we’ve had so far).  There are also well kept, clean and homey cabanas/cabins with fireplaces for trekkers to sleep in, and some tent camping in several of the villages.

You are required to hire a guide for the hikes since there are many routes and no trail markers, and ours (Manuel) charged 180P for our 4.5 hour hike.  Mountain bikes are available for rent as well, and the biking trails are separate from the hiking trails.  We have the feeling that the hiking trails may be made according to the hiker’s abilities, as well as where the guide feels like taking them that day. 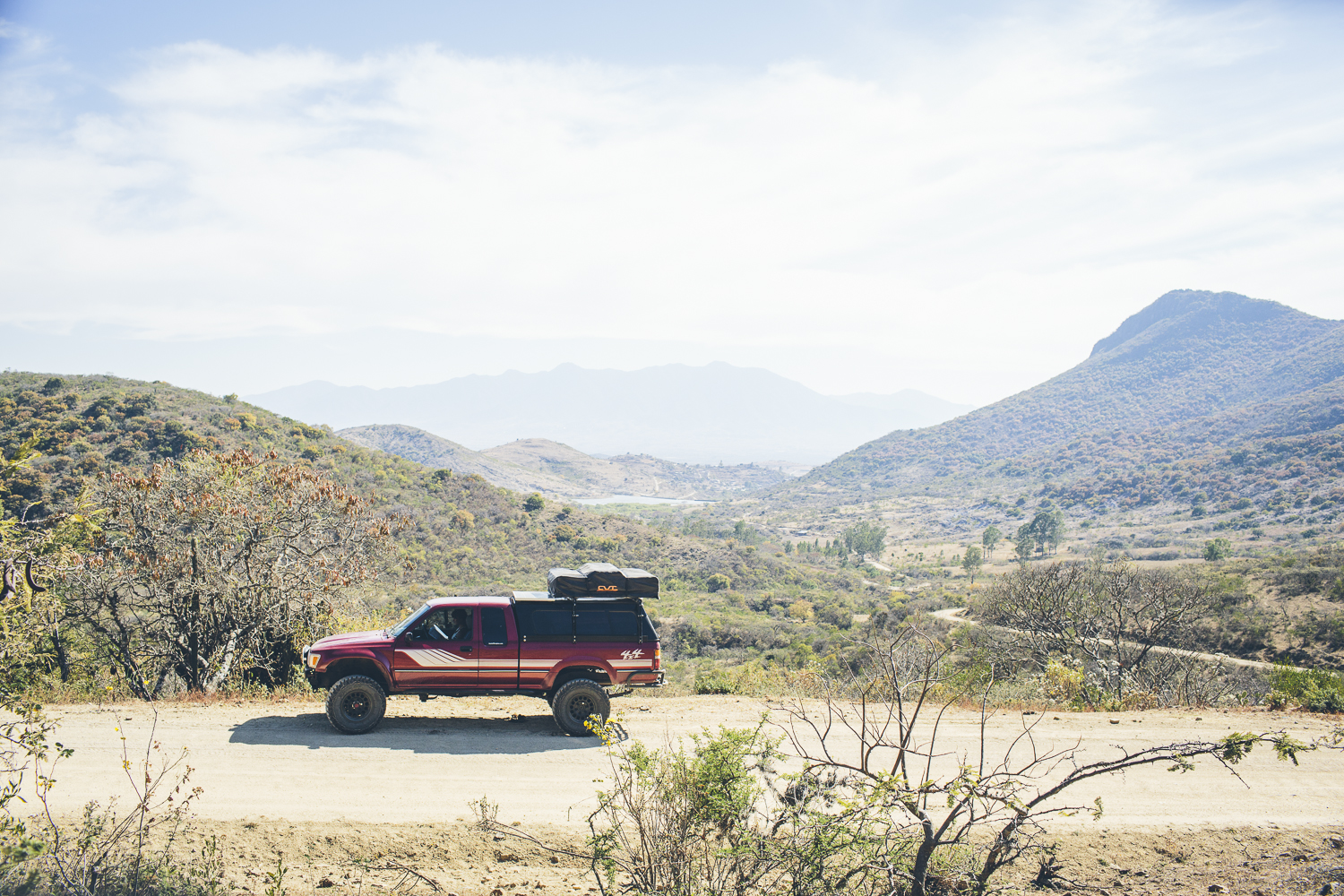 Our camping spot in the middle of town. 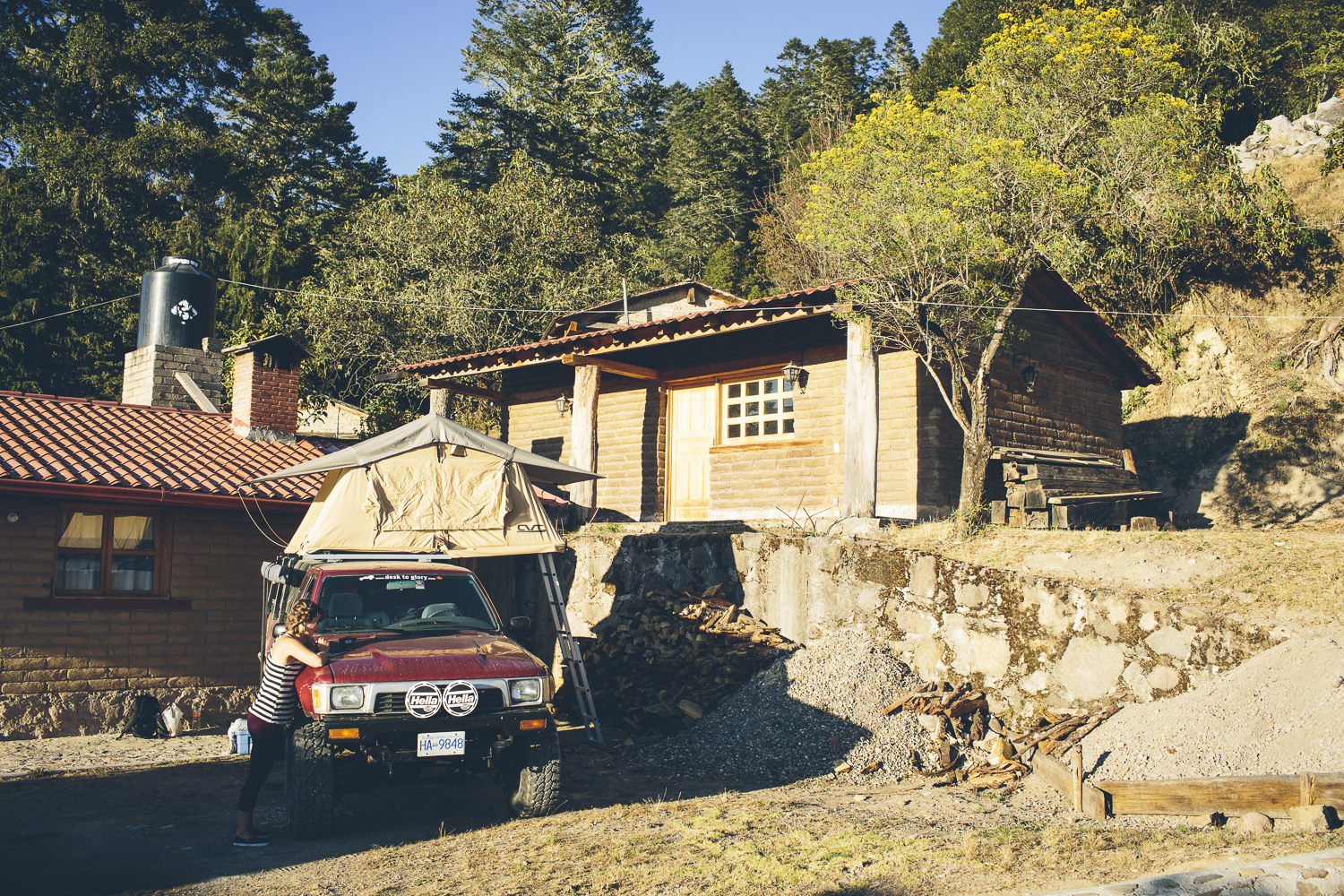 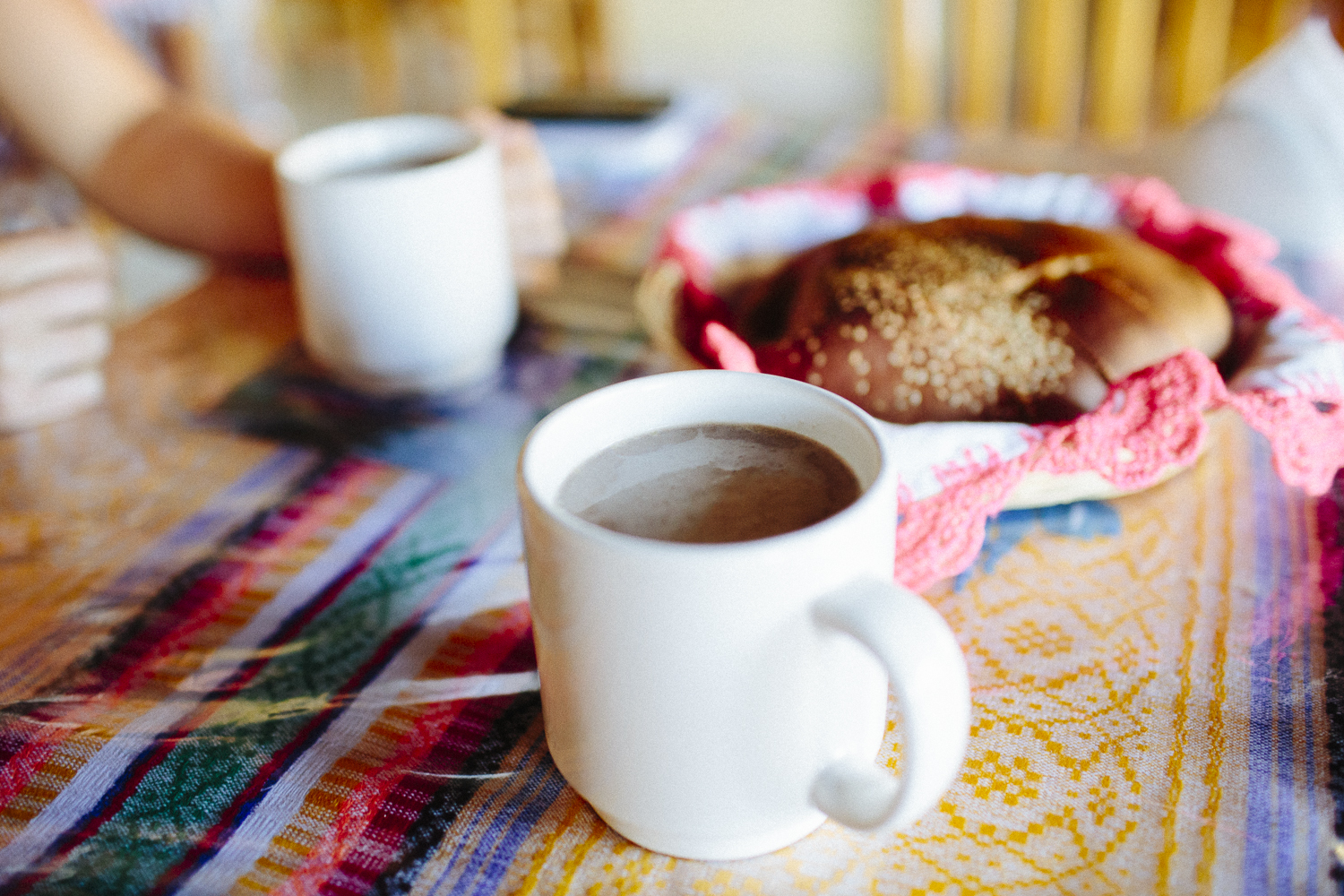 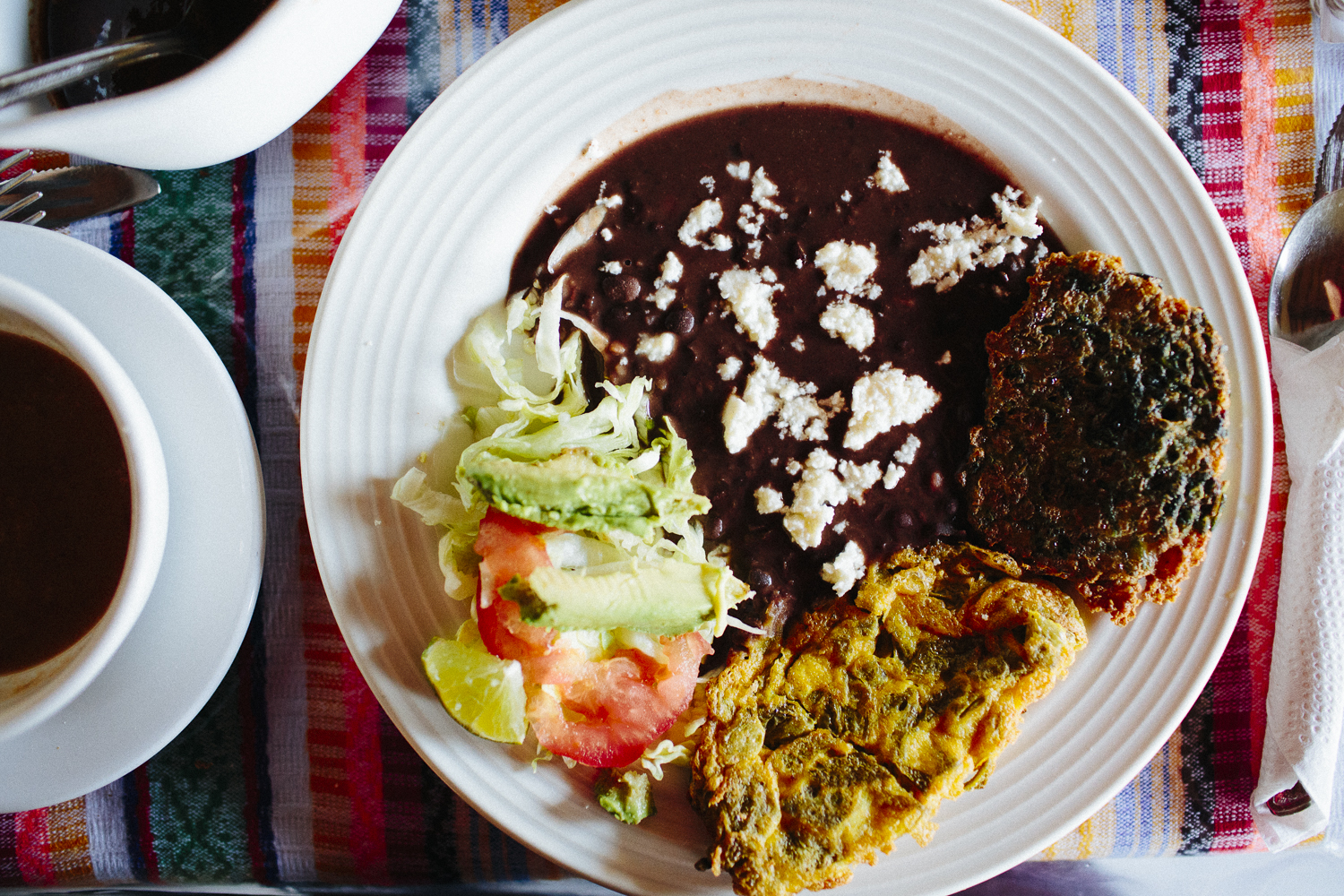 Our hike with Manuel took us to the highest lookout point El Mirador at just under 10,000 feet and continued up and down throughout trees, across fields and pastures, and through the forest.  The scenery was unbelieveably beautiful, the air clean, and Manuel was very personable and loved to joke.  He is in his 70’s and rocked the casba for the entire trek, while putting us to shame as we gasped for breath and felt our quads burning at the high altitude.  The scenery reminded us of back home, especially of Ash’s hometown in Kelowna, BC.

We learned from Manuel that the residents of the Pueblos Mancommunados take great pride in their community as well as the land that surrounds it.  Recycling is heavily promoted, garbage is practically non-existent, and the villages are pristine and quiet.  Manuel helped us recognize the various local herbs and explained which symptoms they can help treat when made into tea.

The lookout tower at El Mirador. 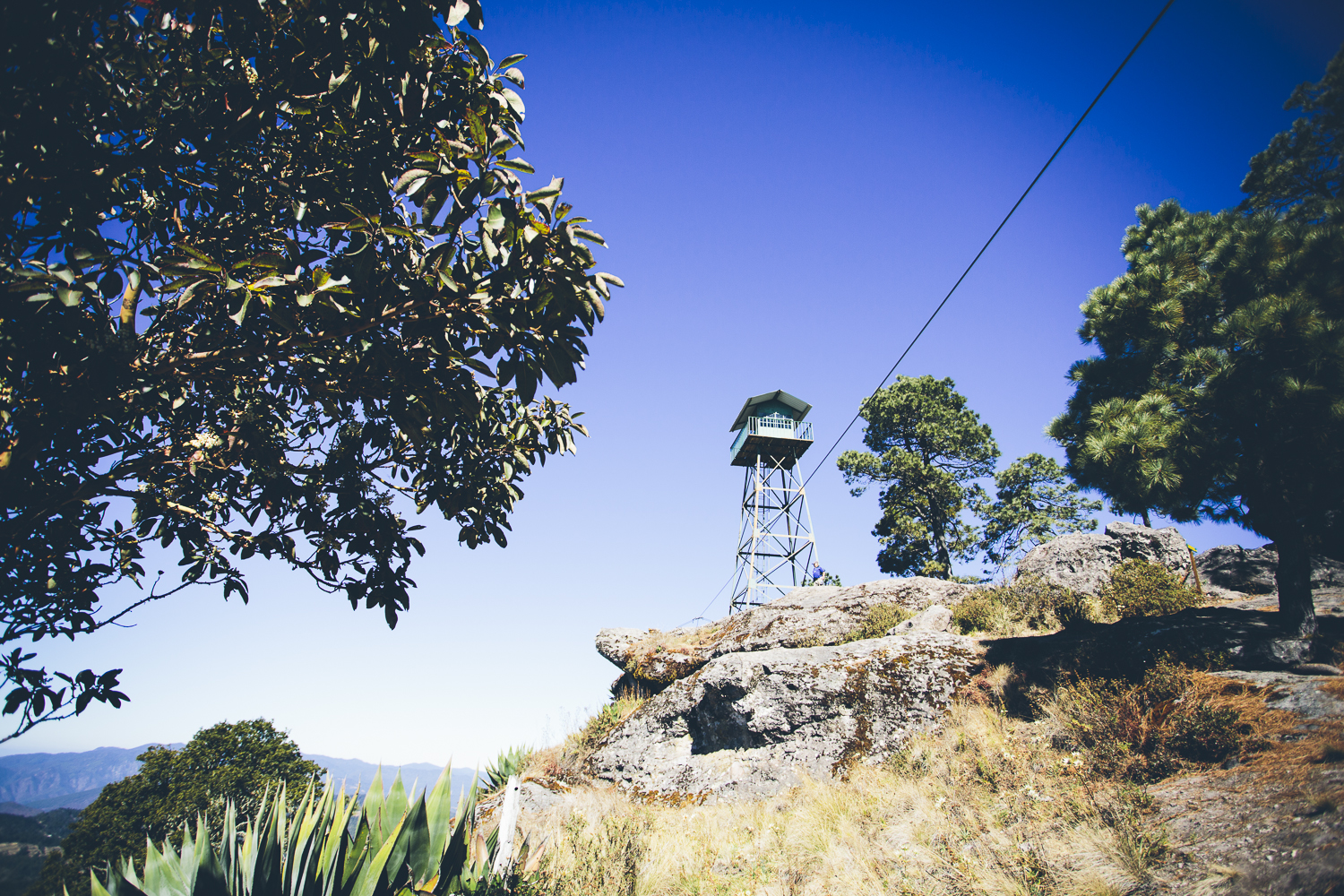 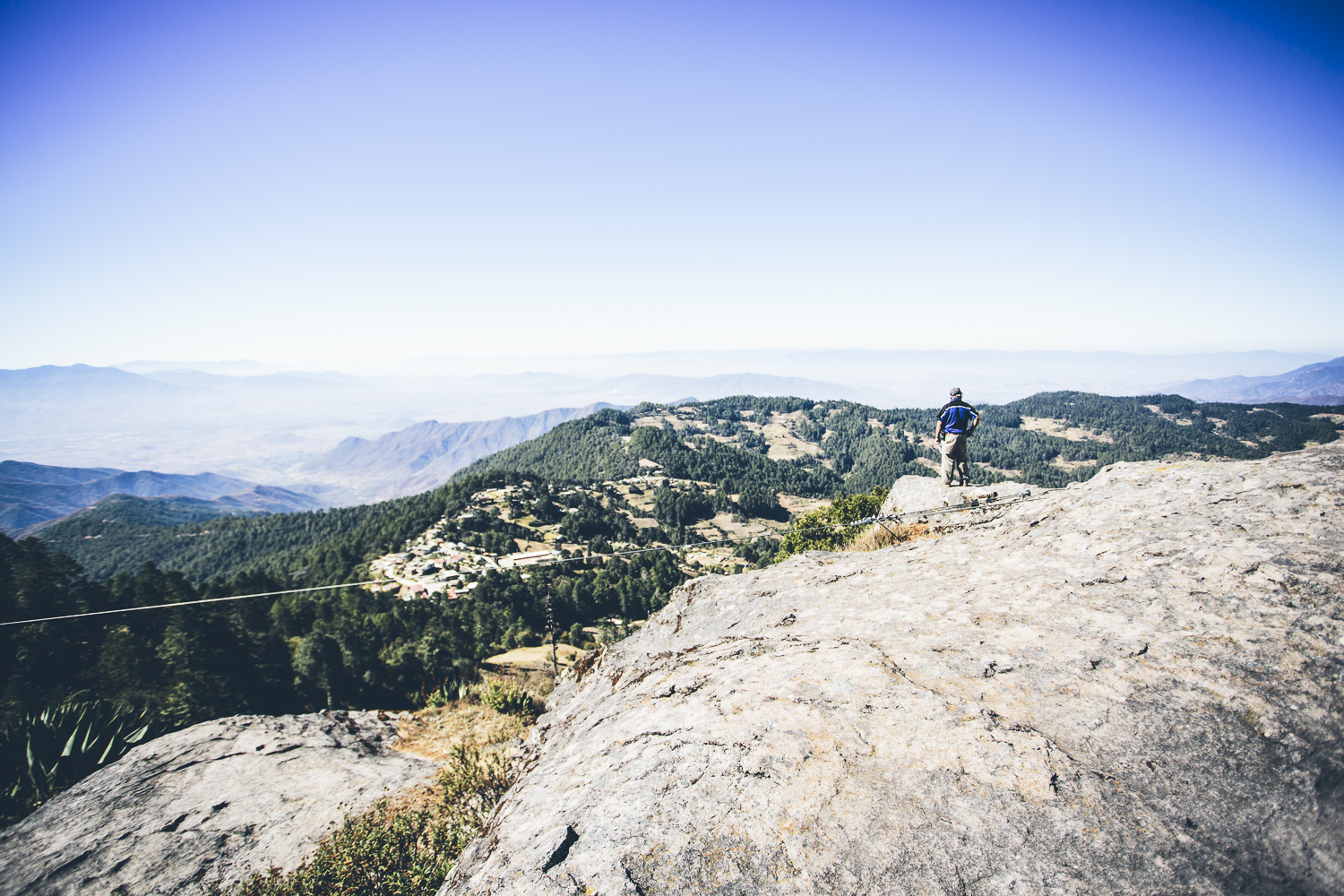 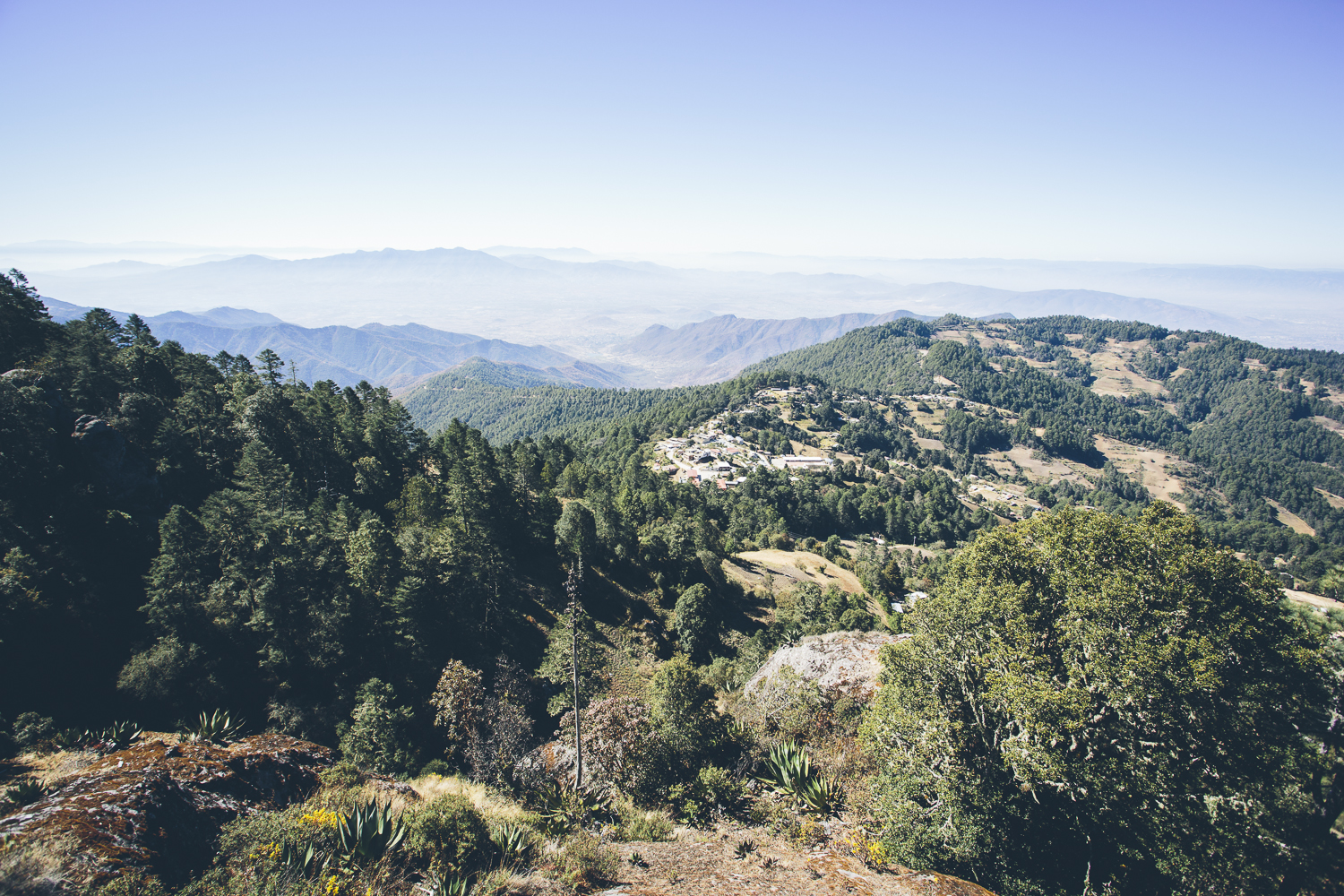 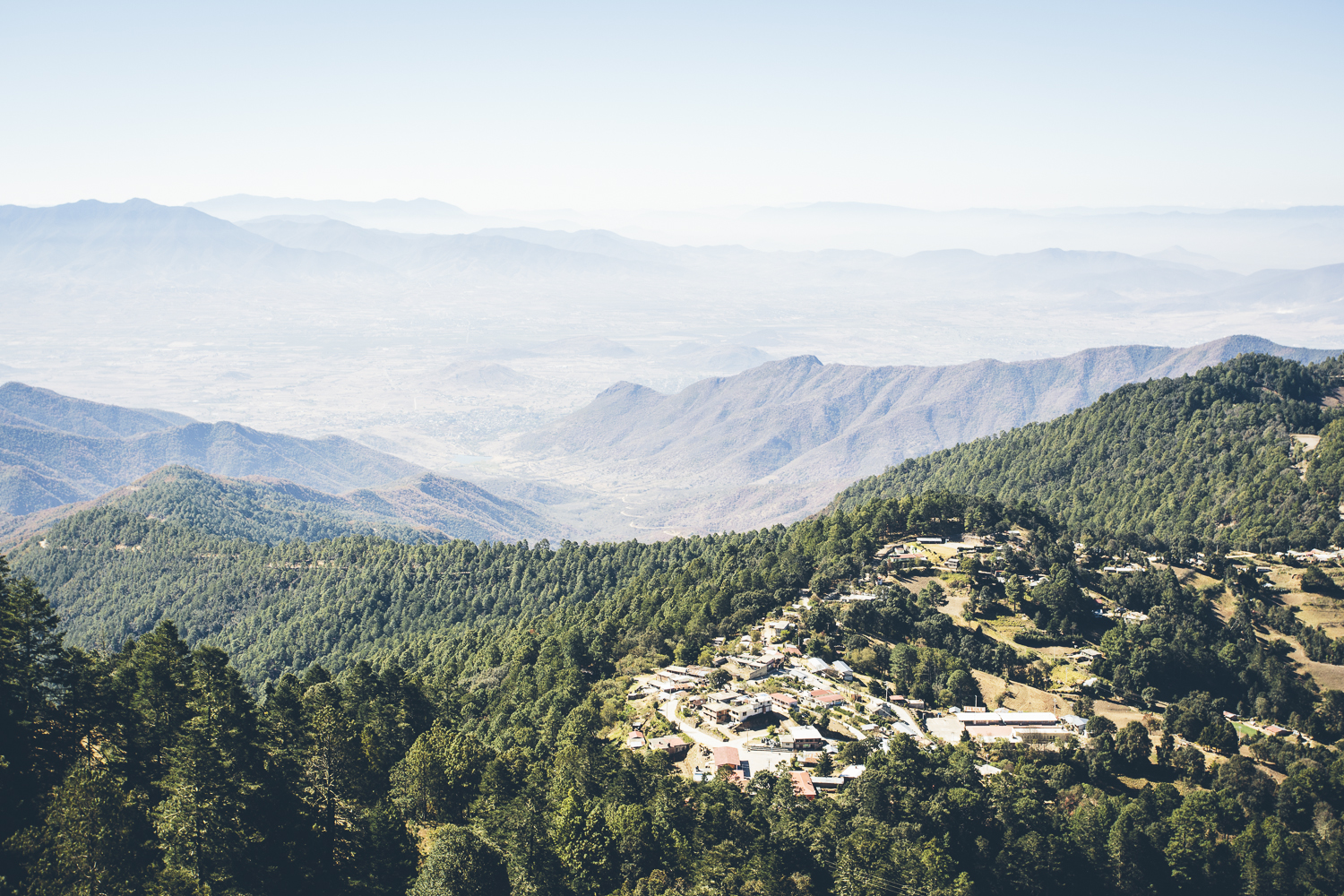 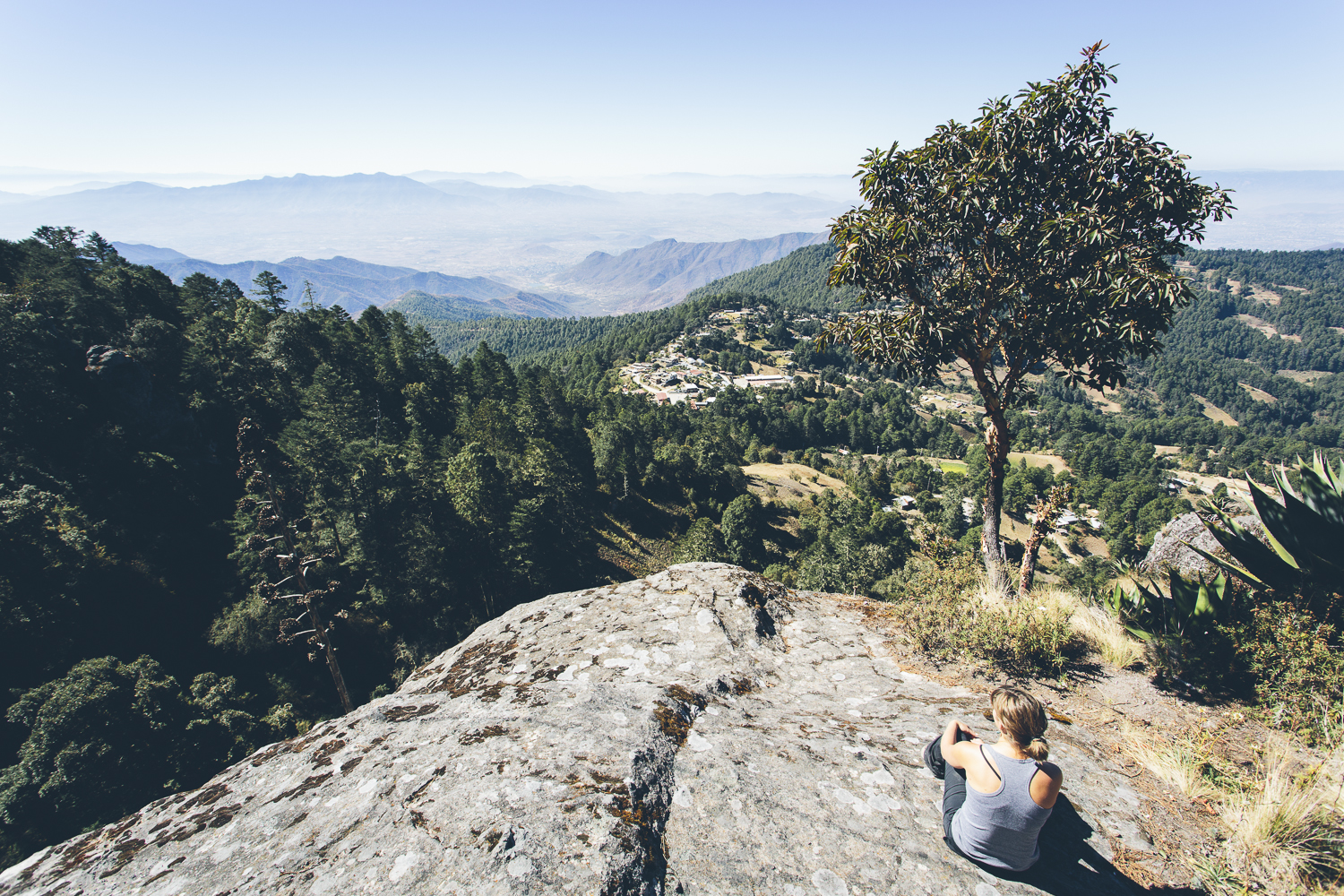 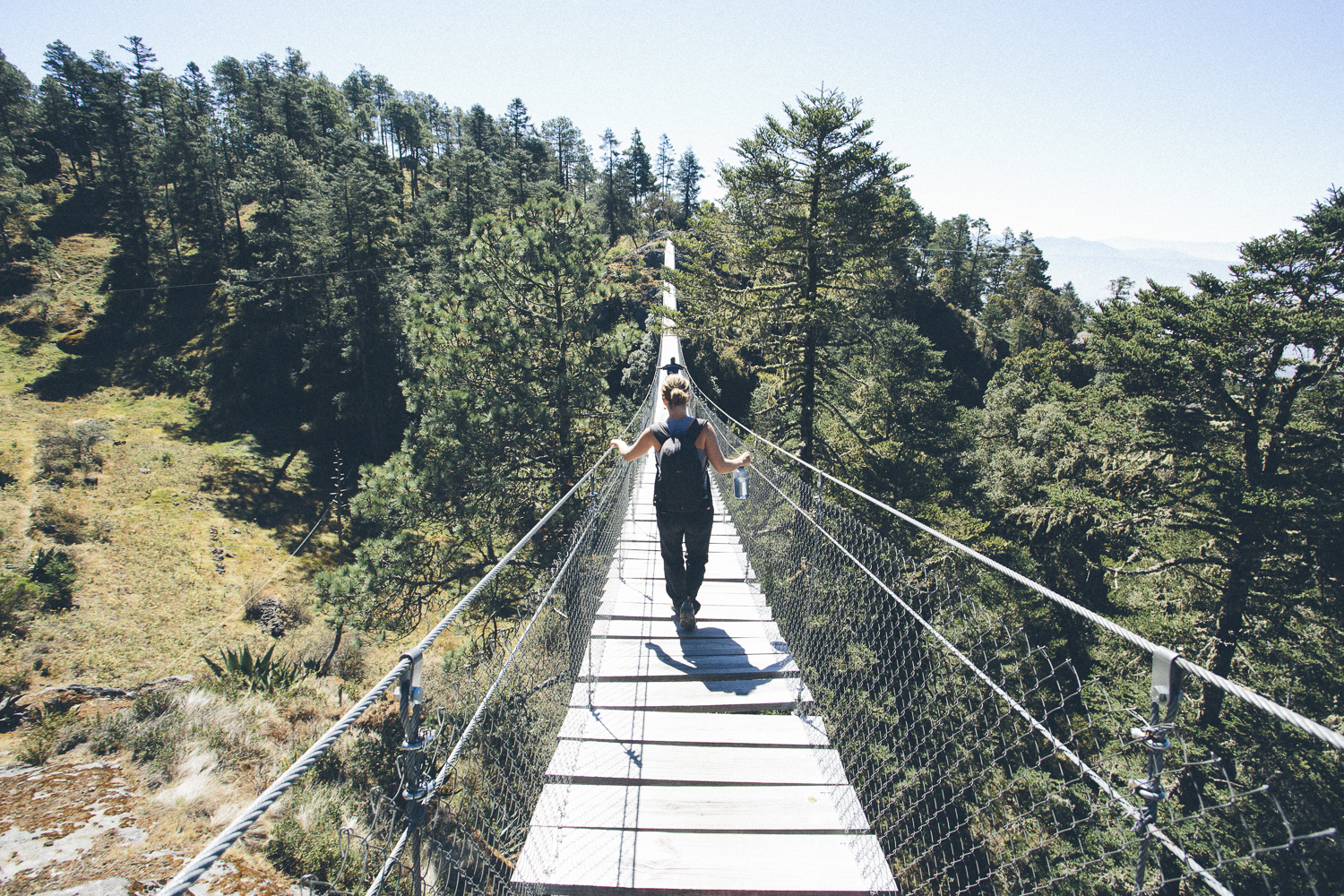 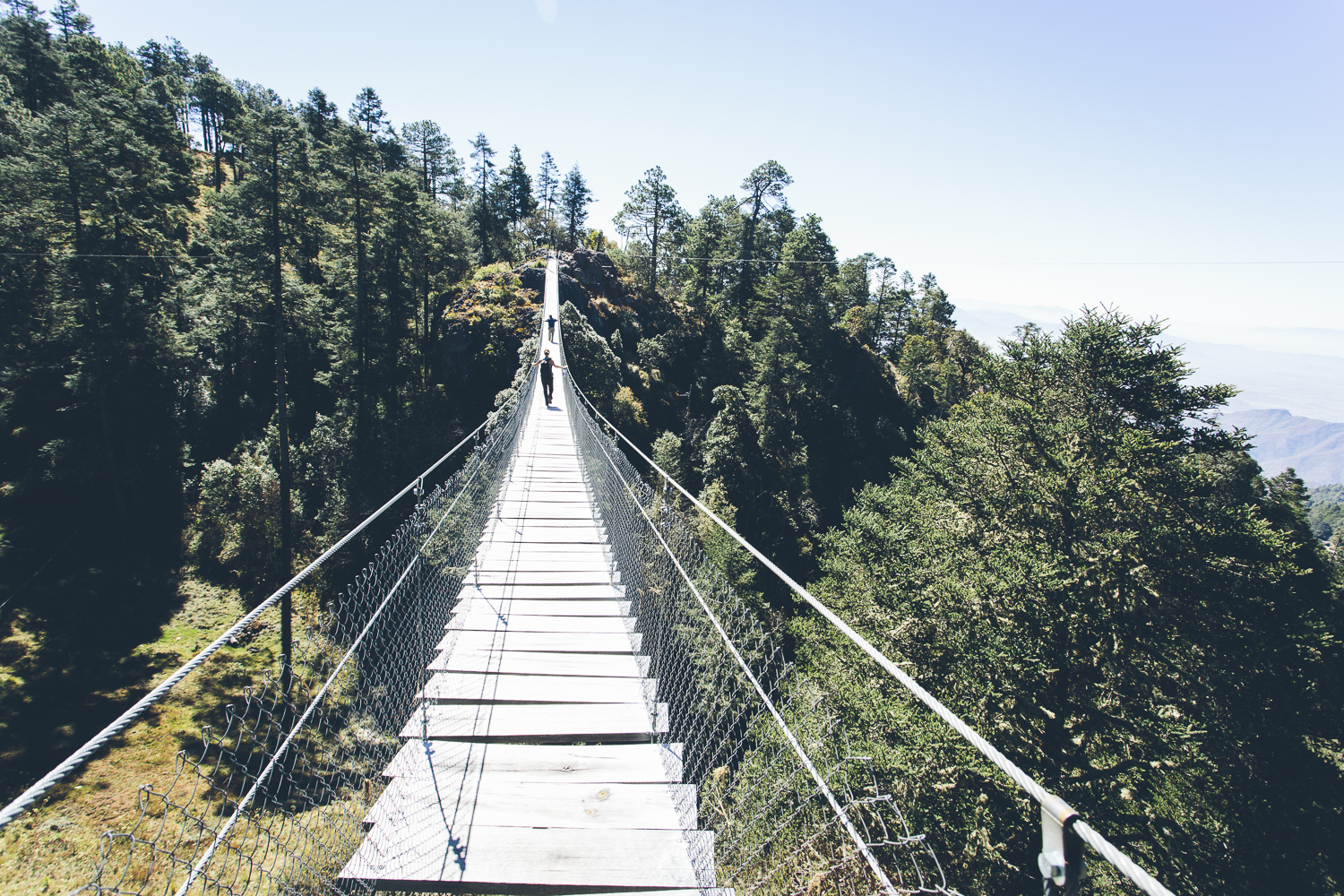 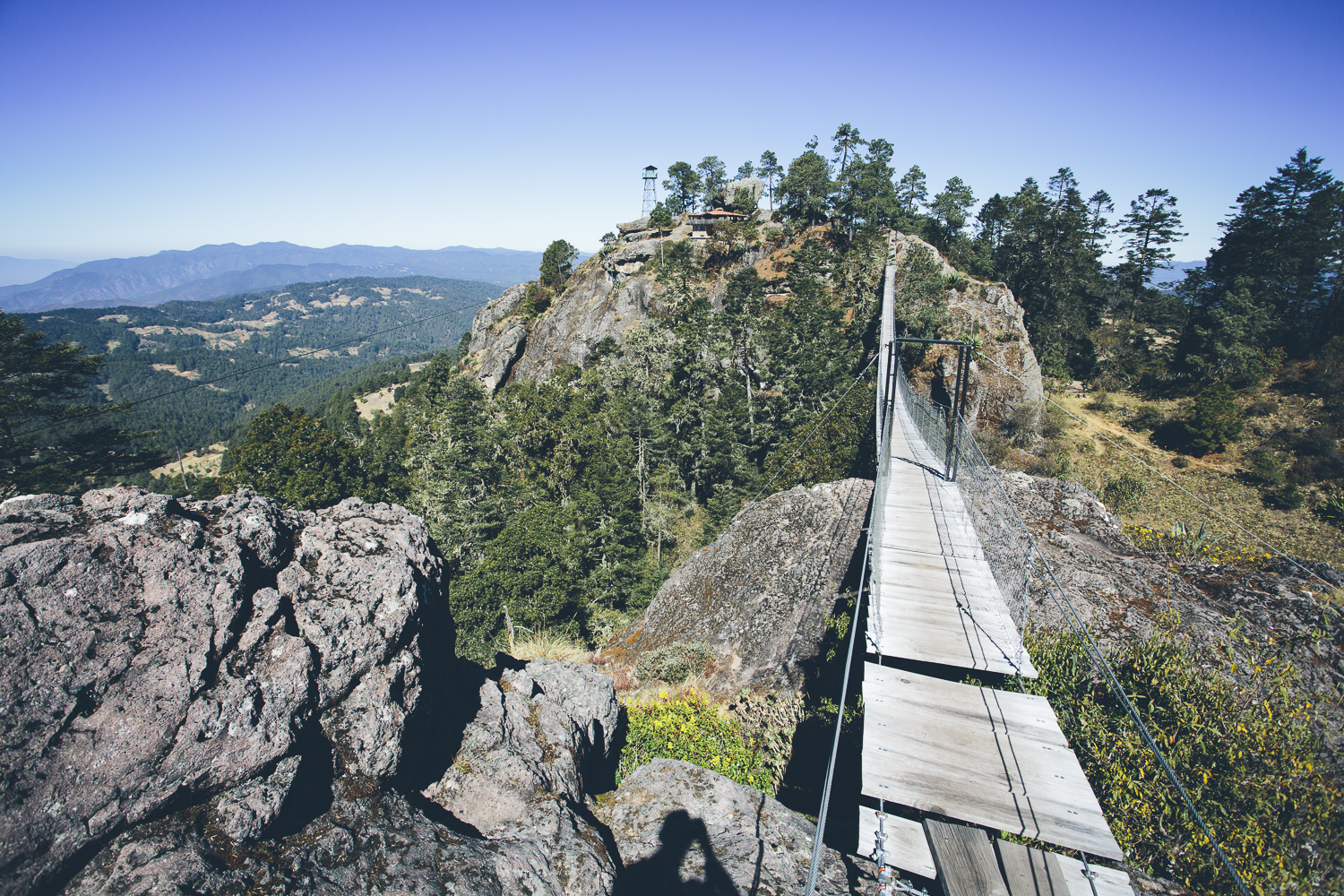 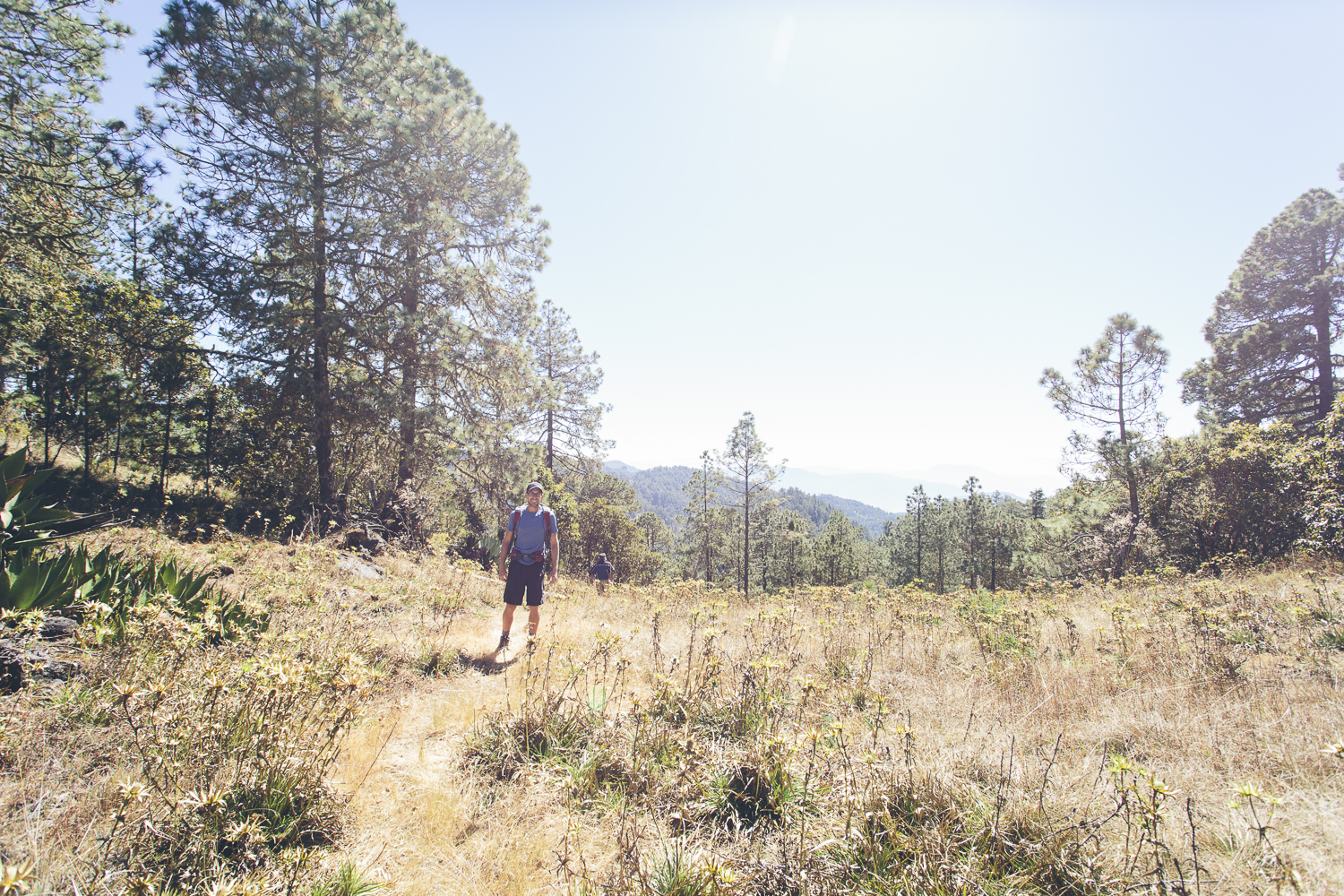 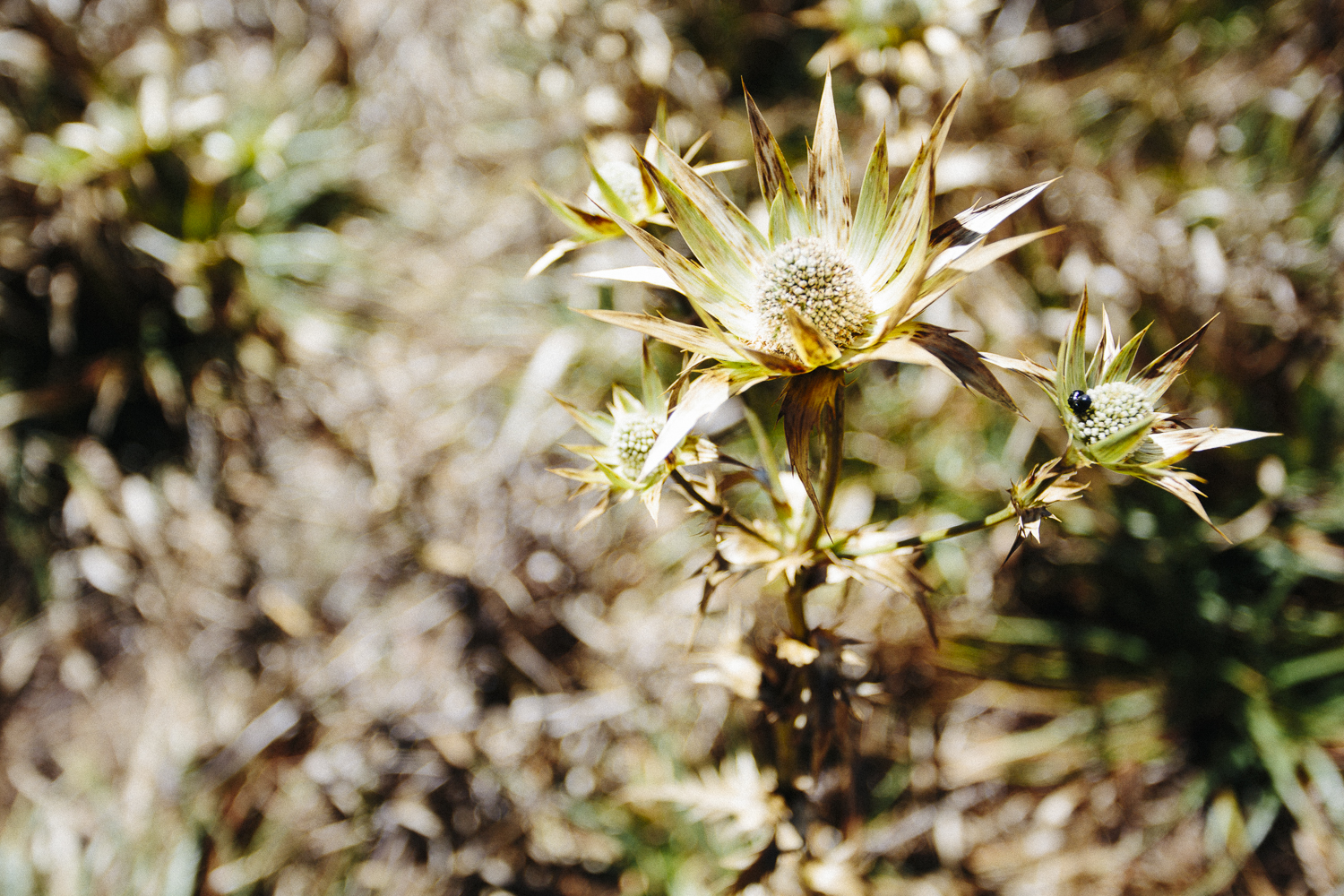 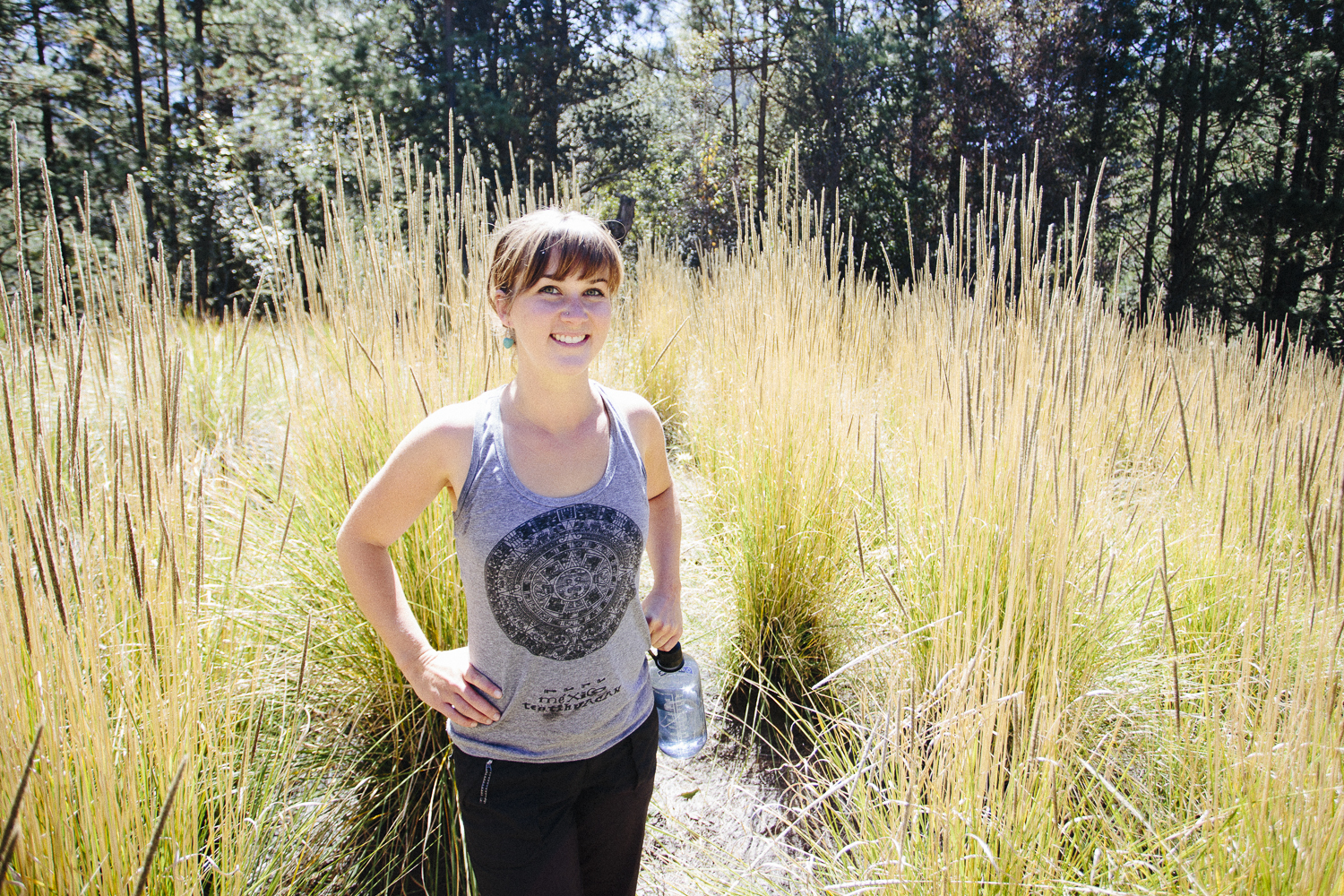 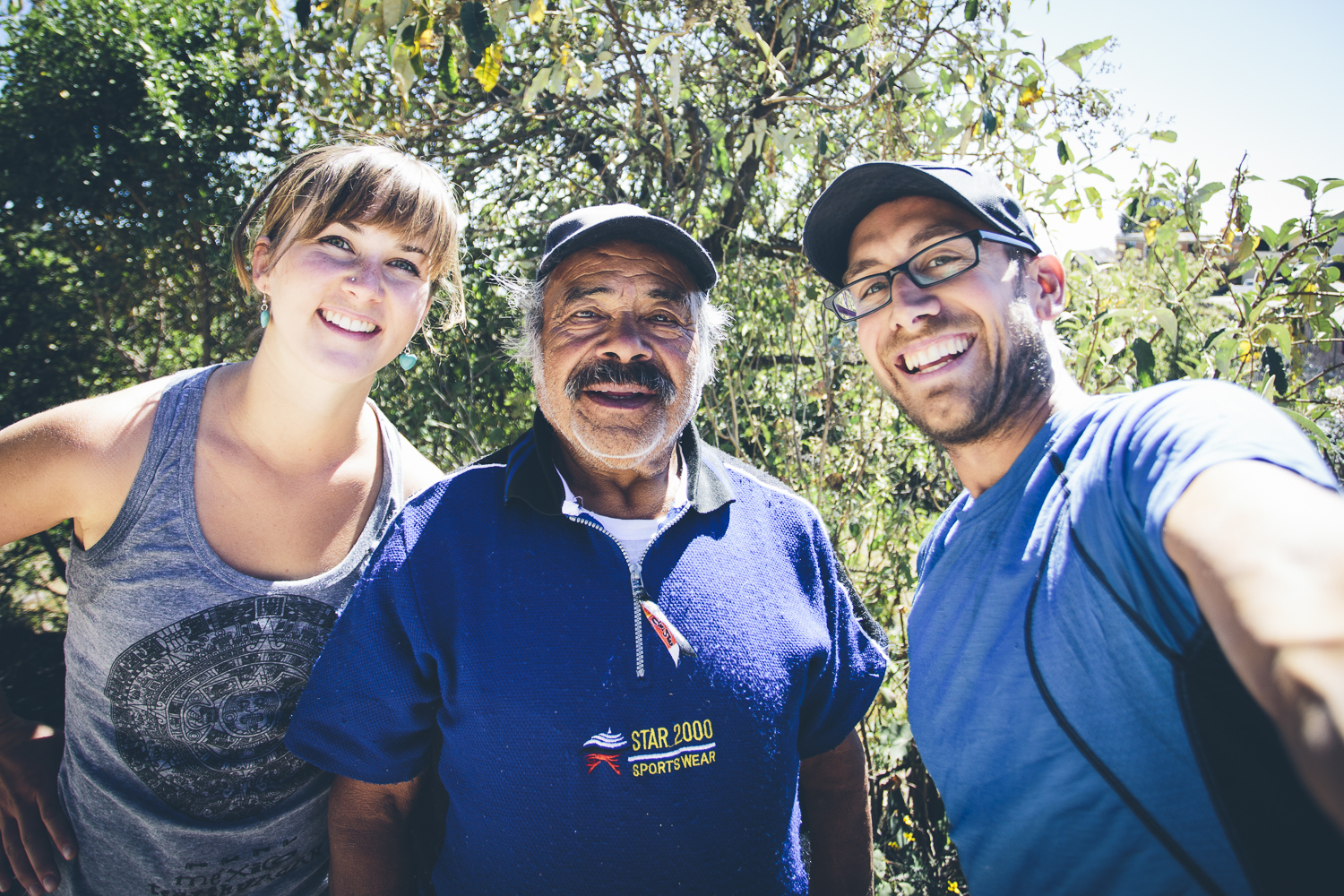 All in all, we left the Oaxacan mountains feeling much more relaxed, Ash’s stuffed up nose disappeared, and some more sitting and driving helped our sore legs recover from an epic day of hiking.  From there we visited the beautiful naturally-formed pools at Hierve de Agua where we ran into Wander With Me and their awesome Land Cruiser Troopy. 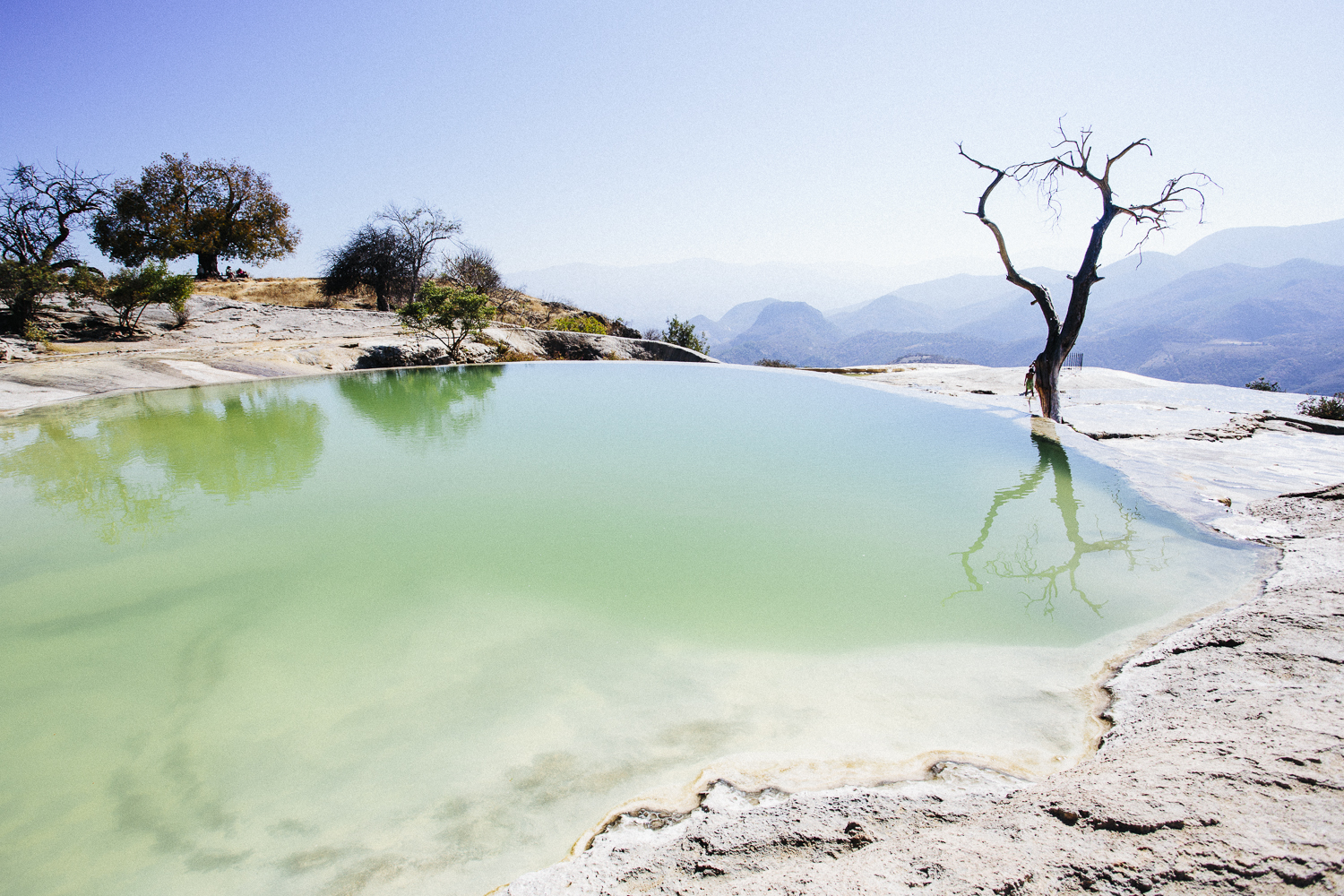 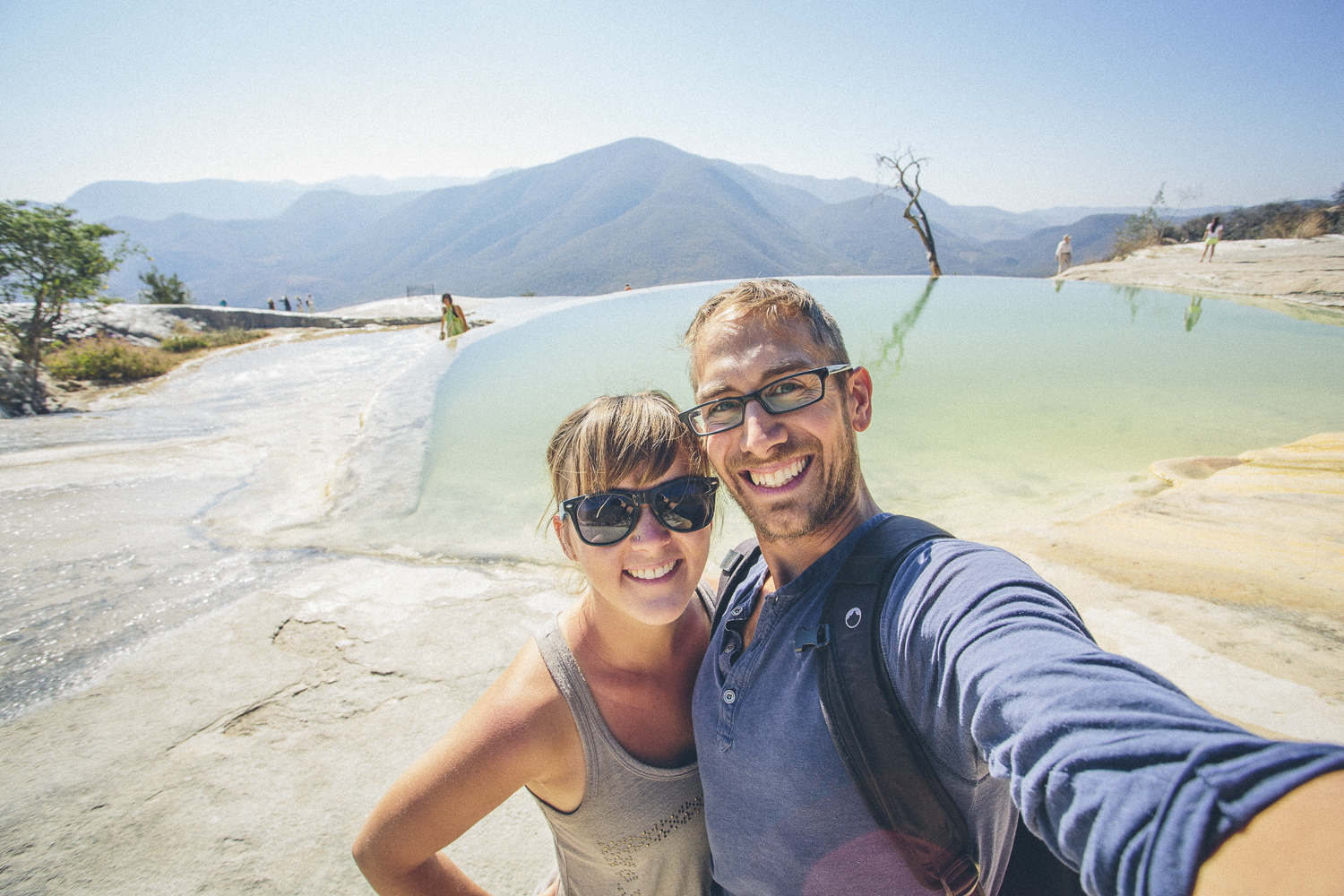 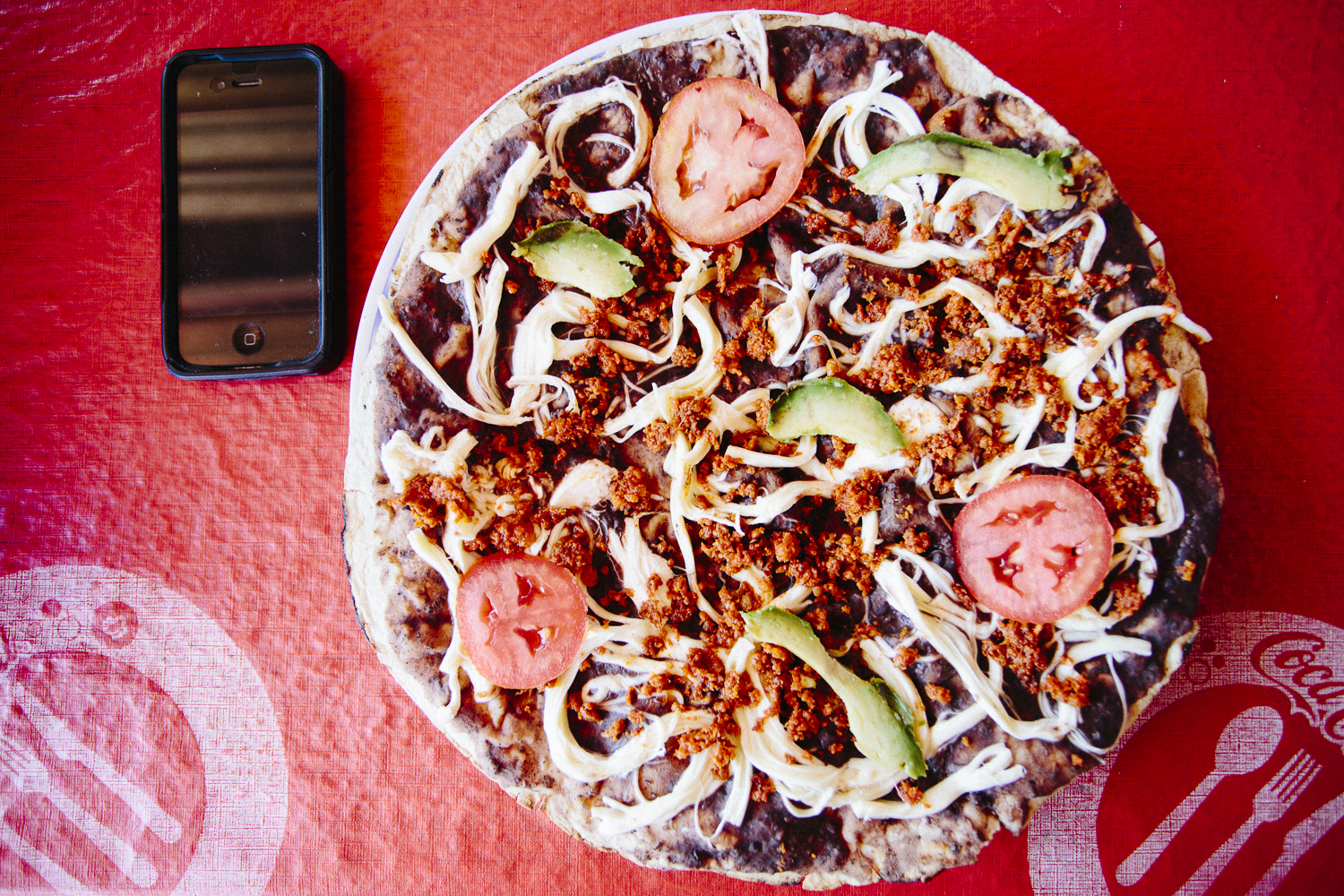 After a quick chat and jumpstart with Wander With Me we set off for the long road to San Christobal de las Casis. 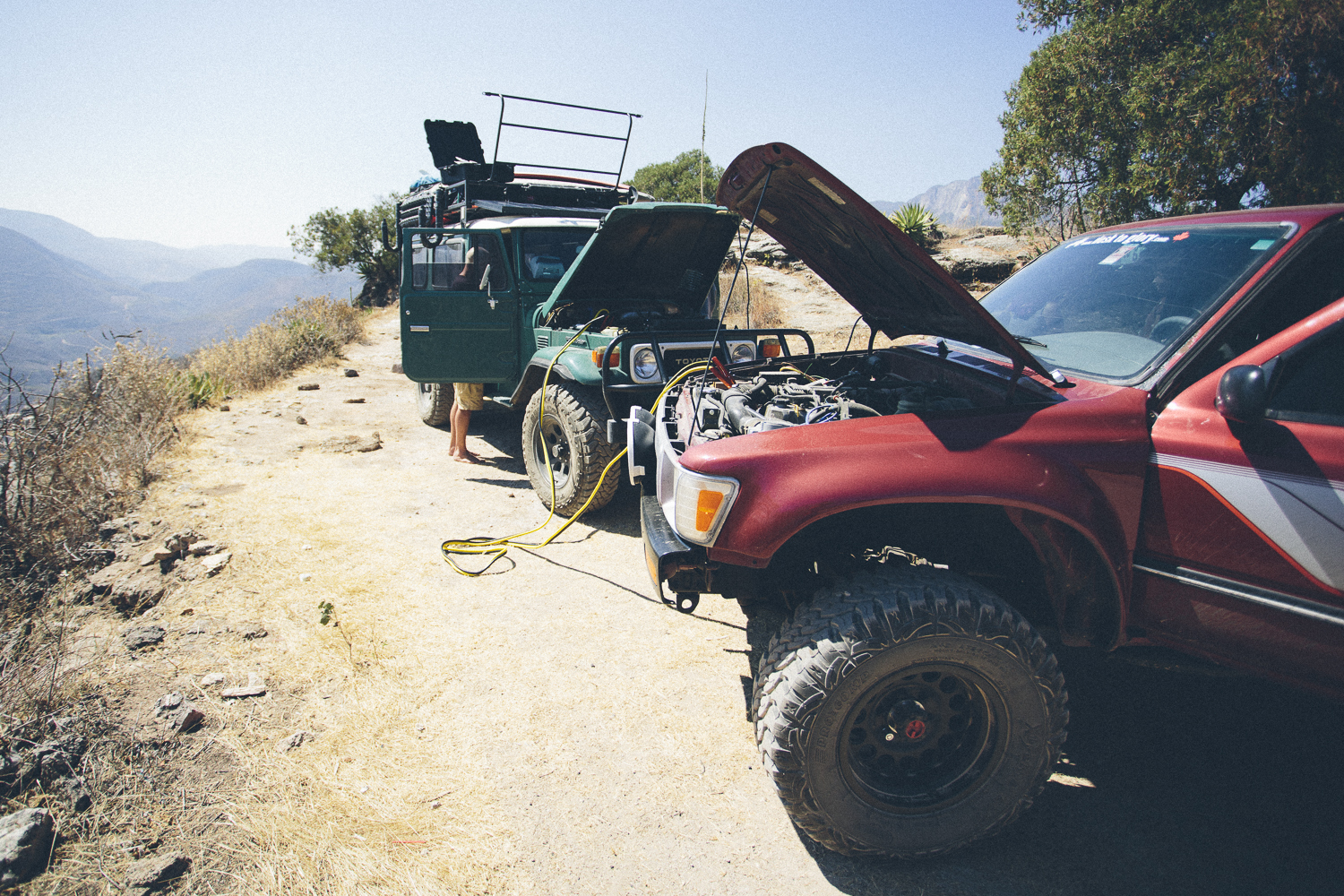 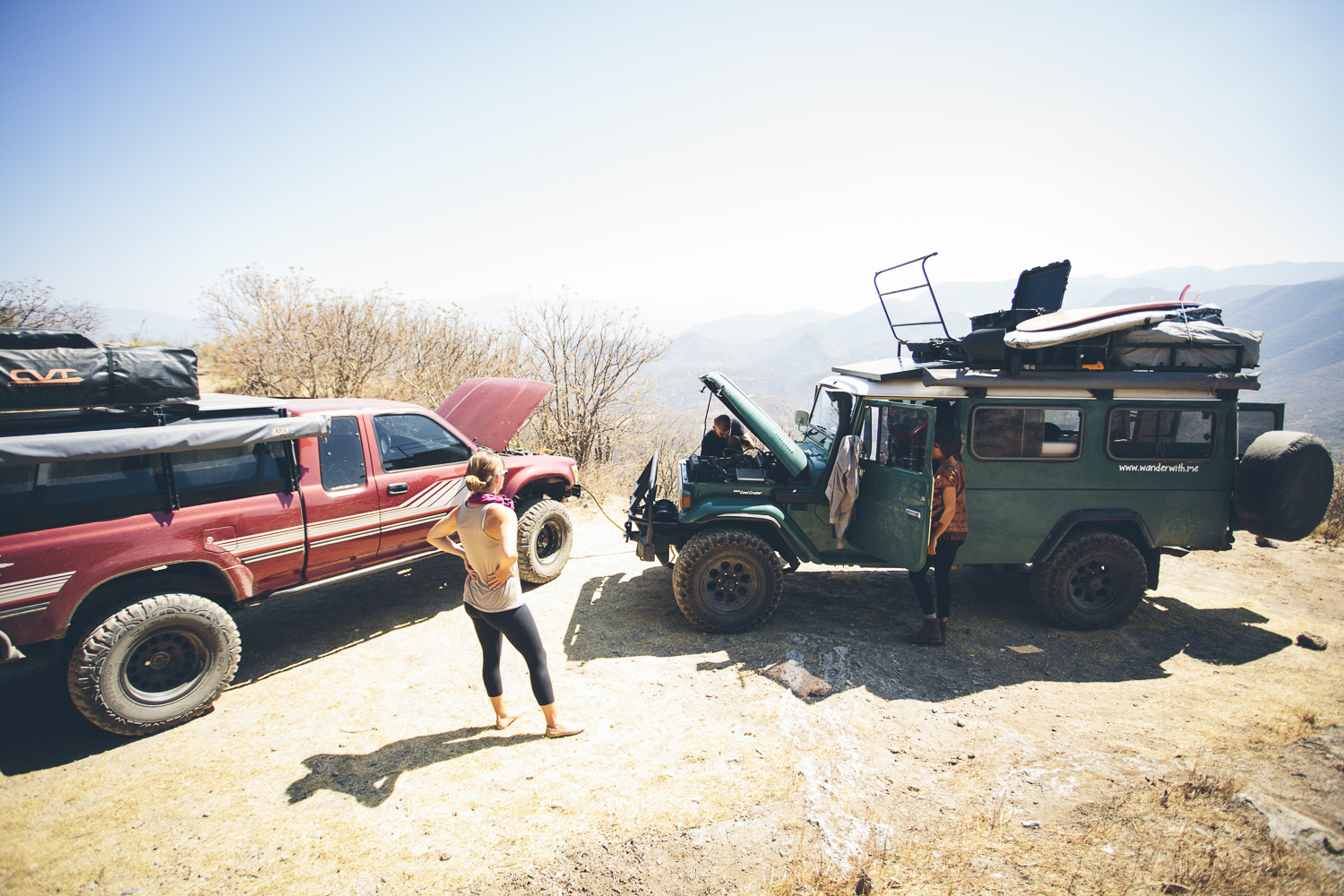 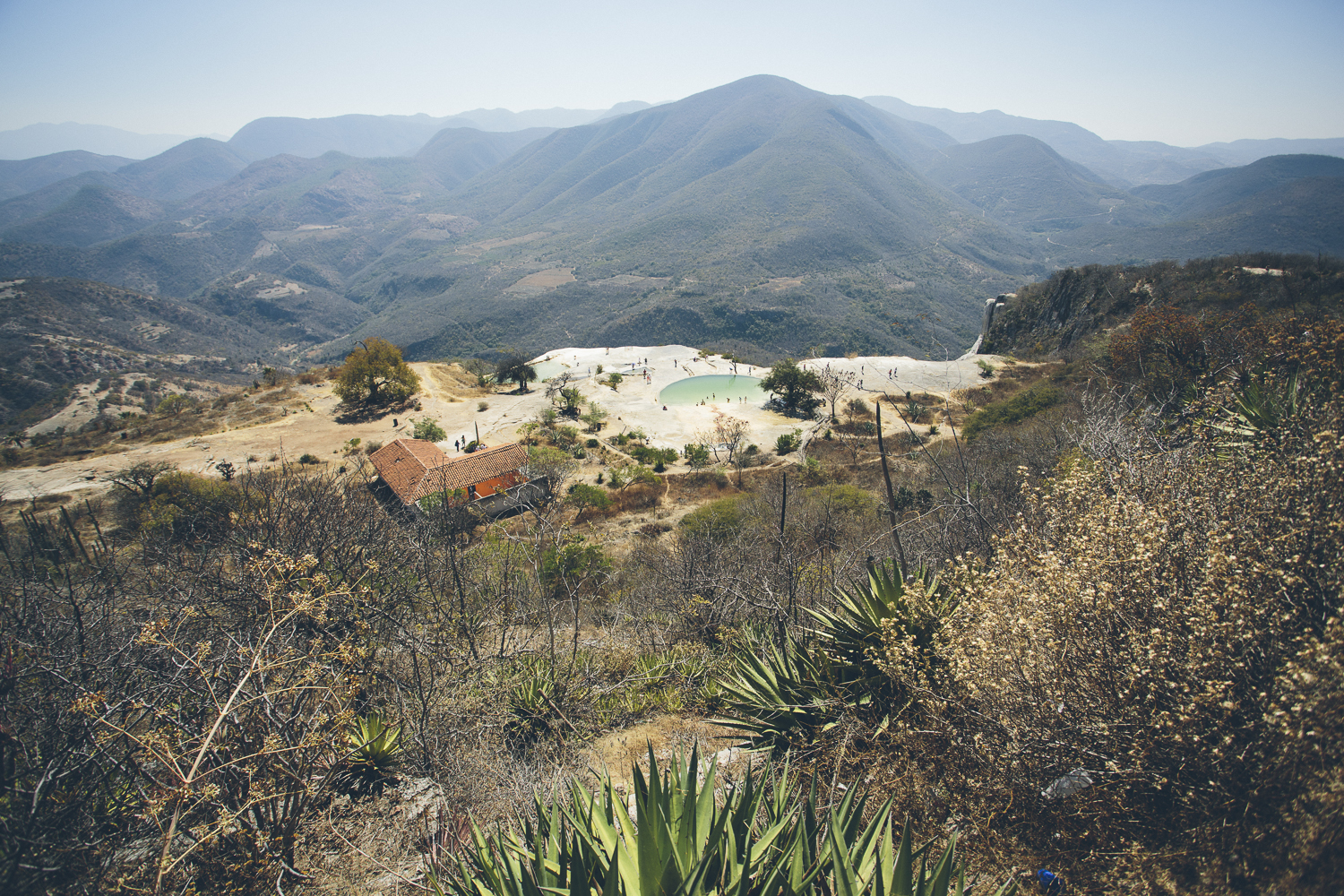 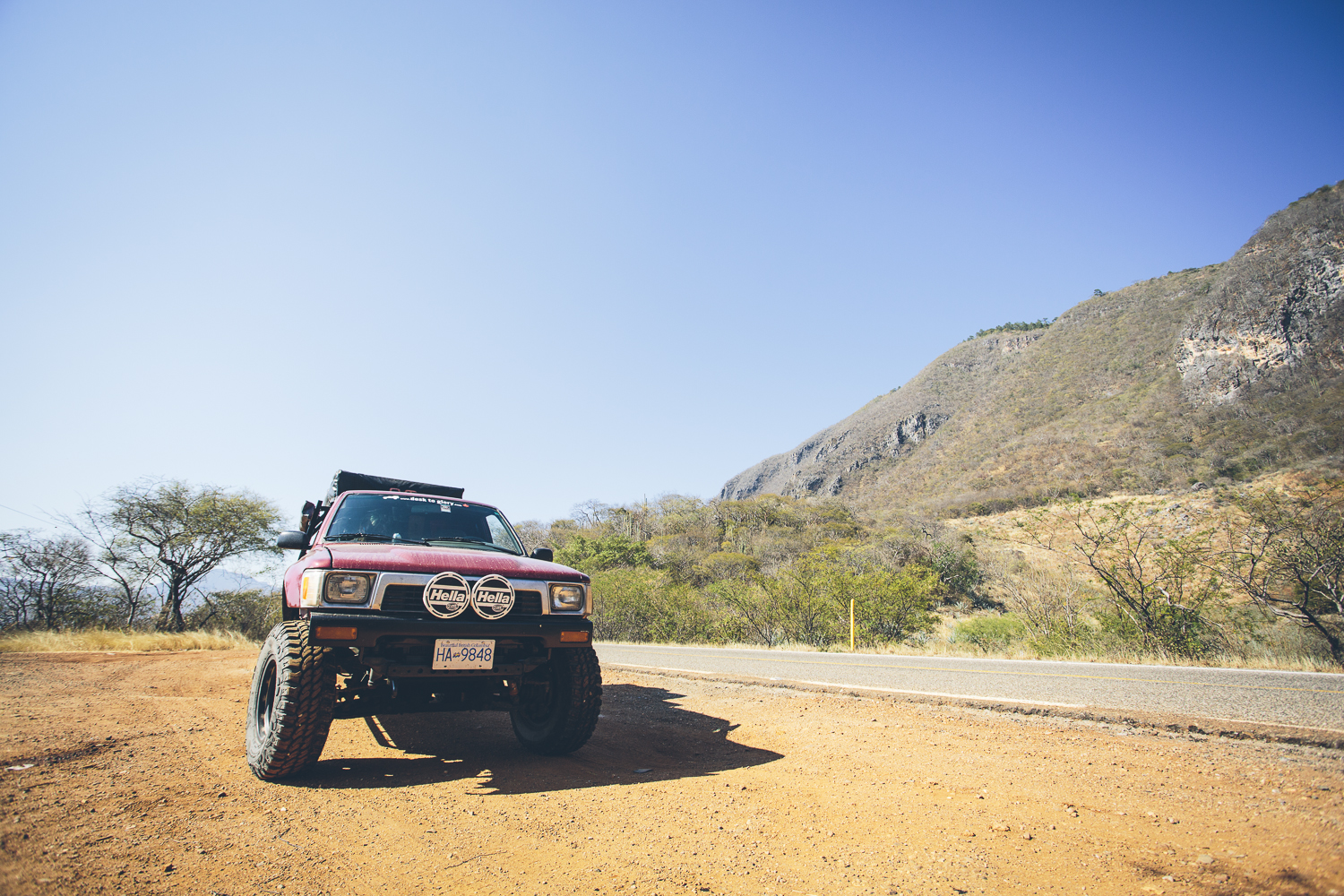 We ended up making it to Tehuantepec where we planned on spending the night before heading to San Christobal.  Although the sun was setting we weren’t super impressed with the town whatsoever… so we decided to keep on driving and finally parked at this sweet Pemex station.  #boondocking 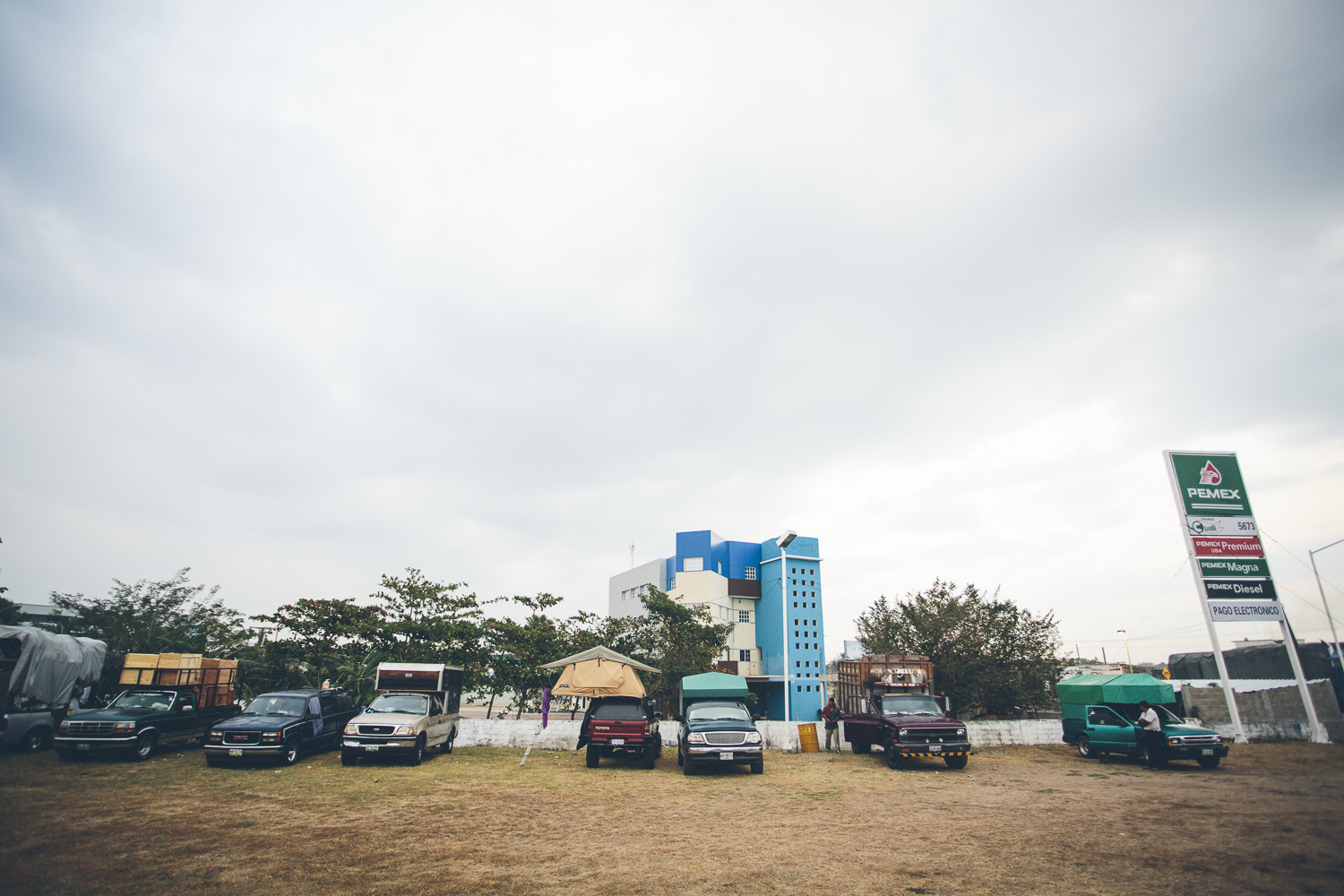