Why did I end up choosing a Toyota Pickup for our journey?  Reliability was the key factor.  I’ve owned Toyotas in the past, seen them with 500,000+ km beat relentlessly in the Wadi Run desert, and knew that we’d be able to find parts anywhere if/when something does break.

Originally, I was cruising Craigslist constantly hoping anything would come up in my budget.  In all fairness, I didn’t really have a budget set at the time so I was really just looking for something that was a deal I couldn’t pass up.  I searched for Toyota Pickups, 4Runners, Tacomas, 60 and 80 Series Land Cruisers.  It seems as though anything with a Toyota badge sells as if it is made of gold in the Pacific North West.   Finding one that we could “afford” was more difficult than expected.

Through a string of exceptionally good luck I was able to pick up a 1989 Toyota Pickup from my mom and step-dad for pretty much nothing.  By “pretty much nothing”, I mean nothing.   It didn’t pass AirCare (smog) and has some drivability issues that wasn’t worth the original owners time to fix.  They bought a new Tacoma, Mom and Barry acquired it through a trade of some sort, and we got the hand-me-down.  Was it meant to be?  I think so. 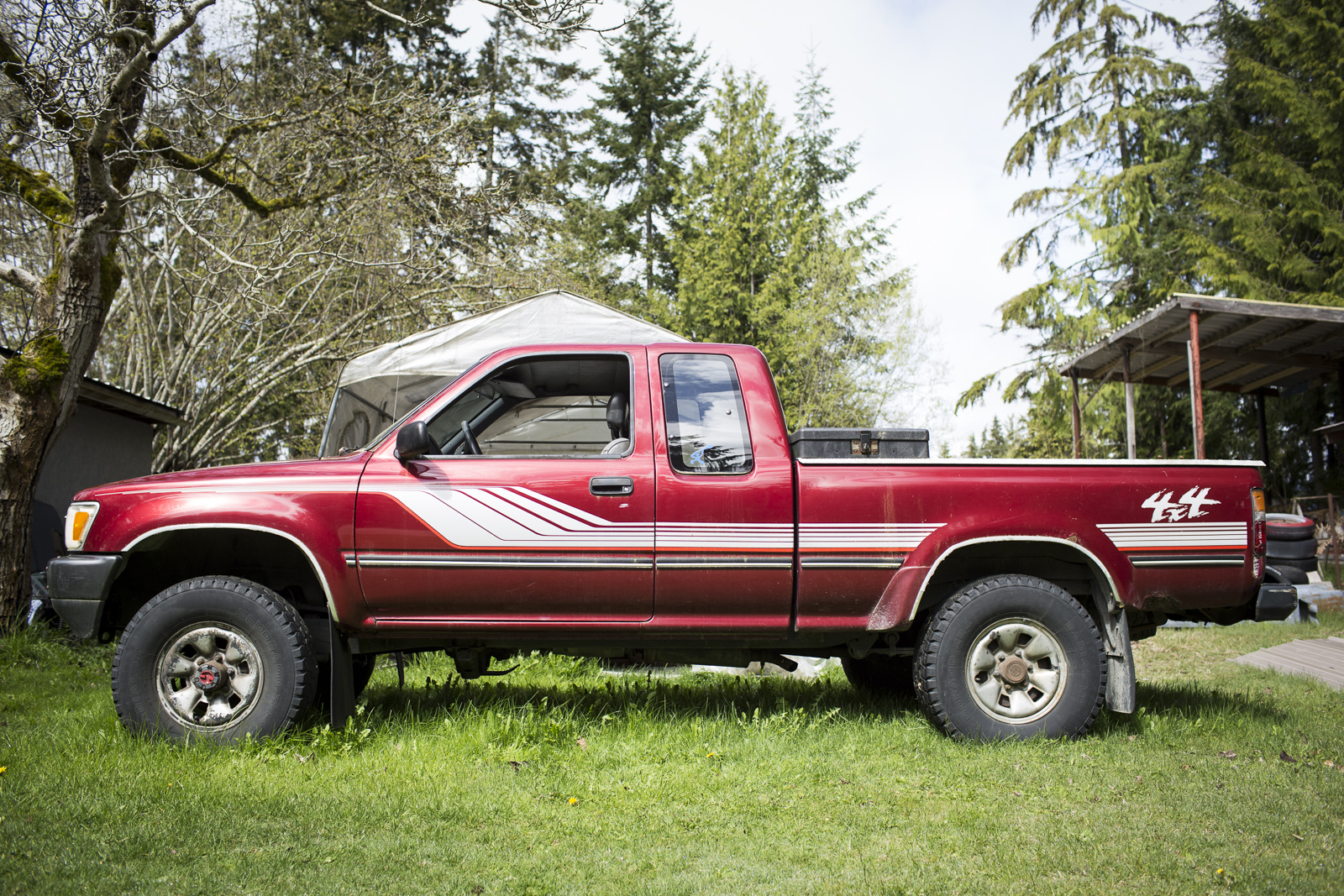 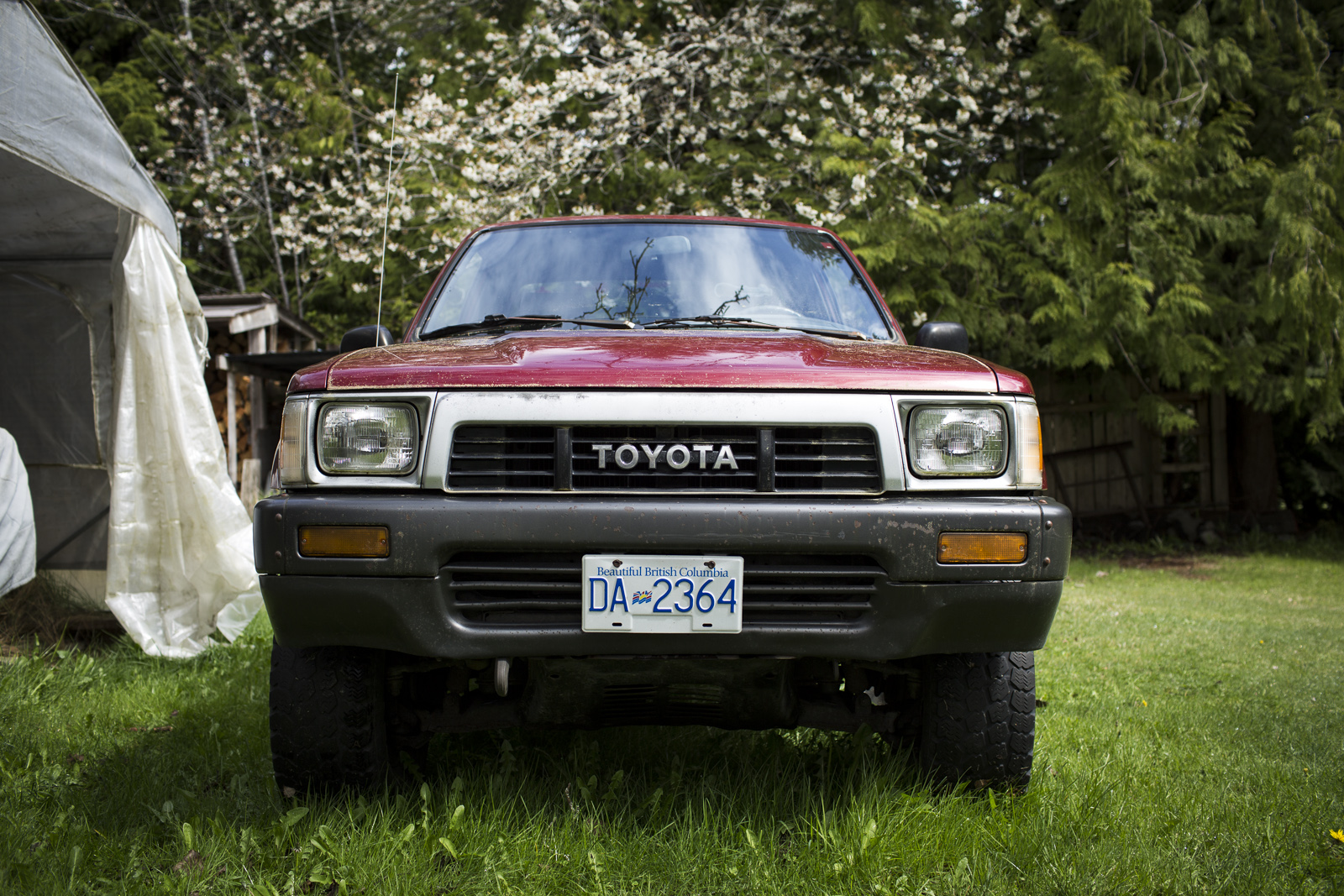 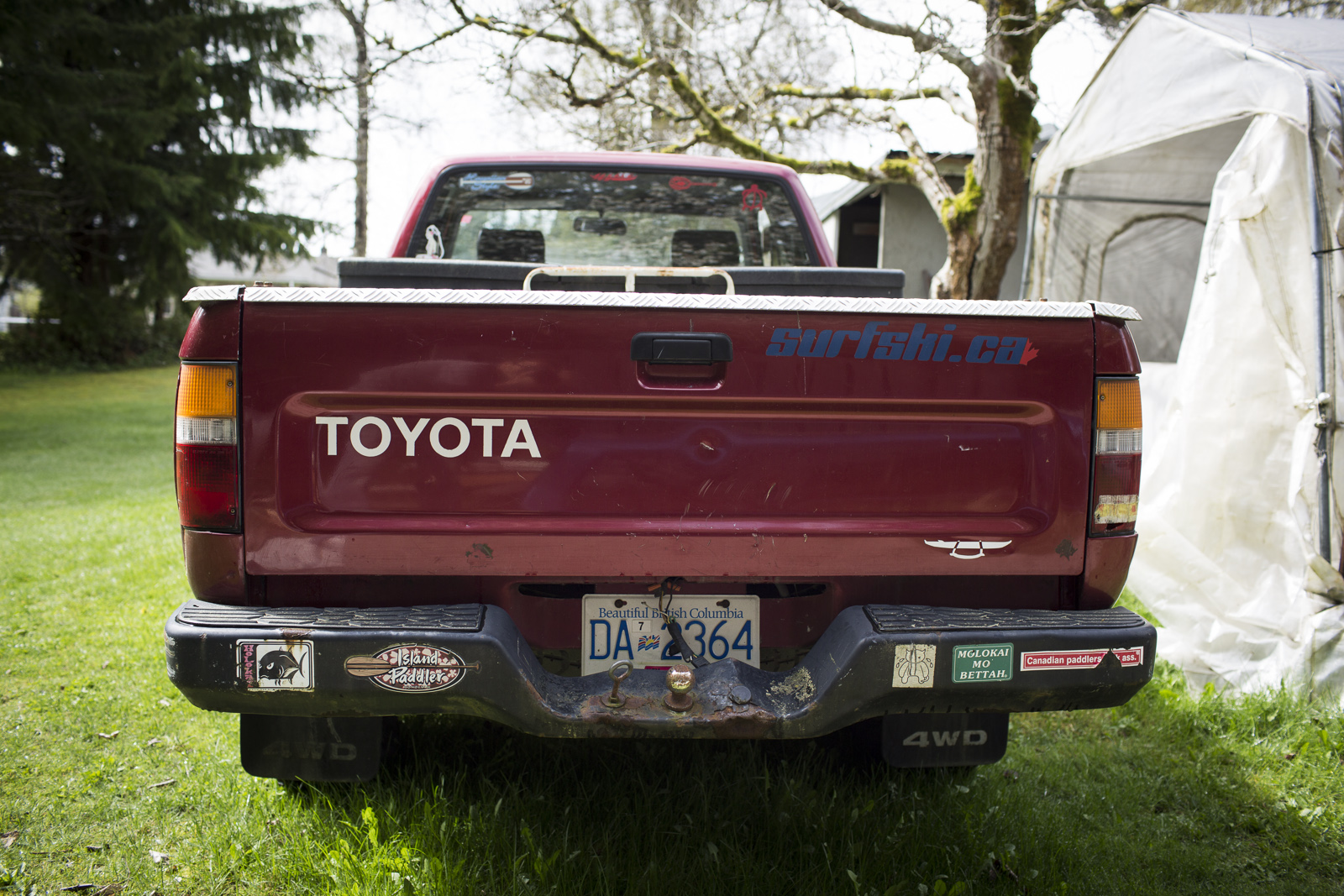 The tires on the truck were completely bald and didn’t hold air.  Awesome.  This was the first thing to replace so we could actually drive the truck and see what needs to be replaced next.

I picked up  a set of five 265/75R16 ProComp Xtreme M/T tires and mounted them on 16×8” Eagle Alloys Series 100 wheels from North Shore Off Road.  With some minor trimming they fit well enough to drive around on the road and some mild trails without rubbing.  We’ll definitely need some more tire clearance though, so that’ll be addressed next.  I picked up a 1″ body lift from 4Crawler that’ll give us the needed room for now.  I’ll detail that and the rest of the buildup in future posts.

It’s starting to look better already!  If you squint and shake your head while imagining a small lift, canopy, and rooftop tent then you’re seeing what I’m seeing. 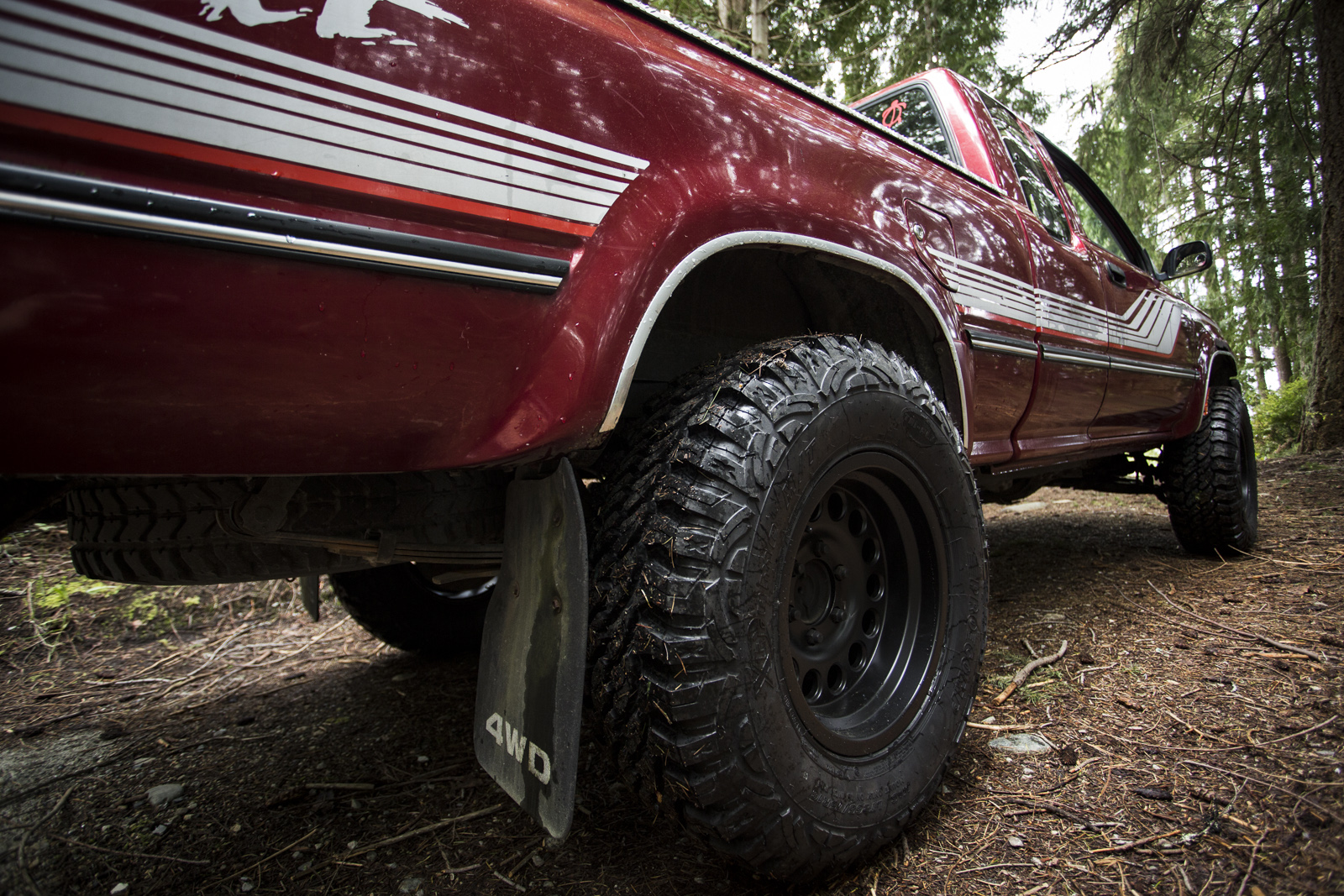 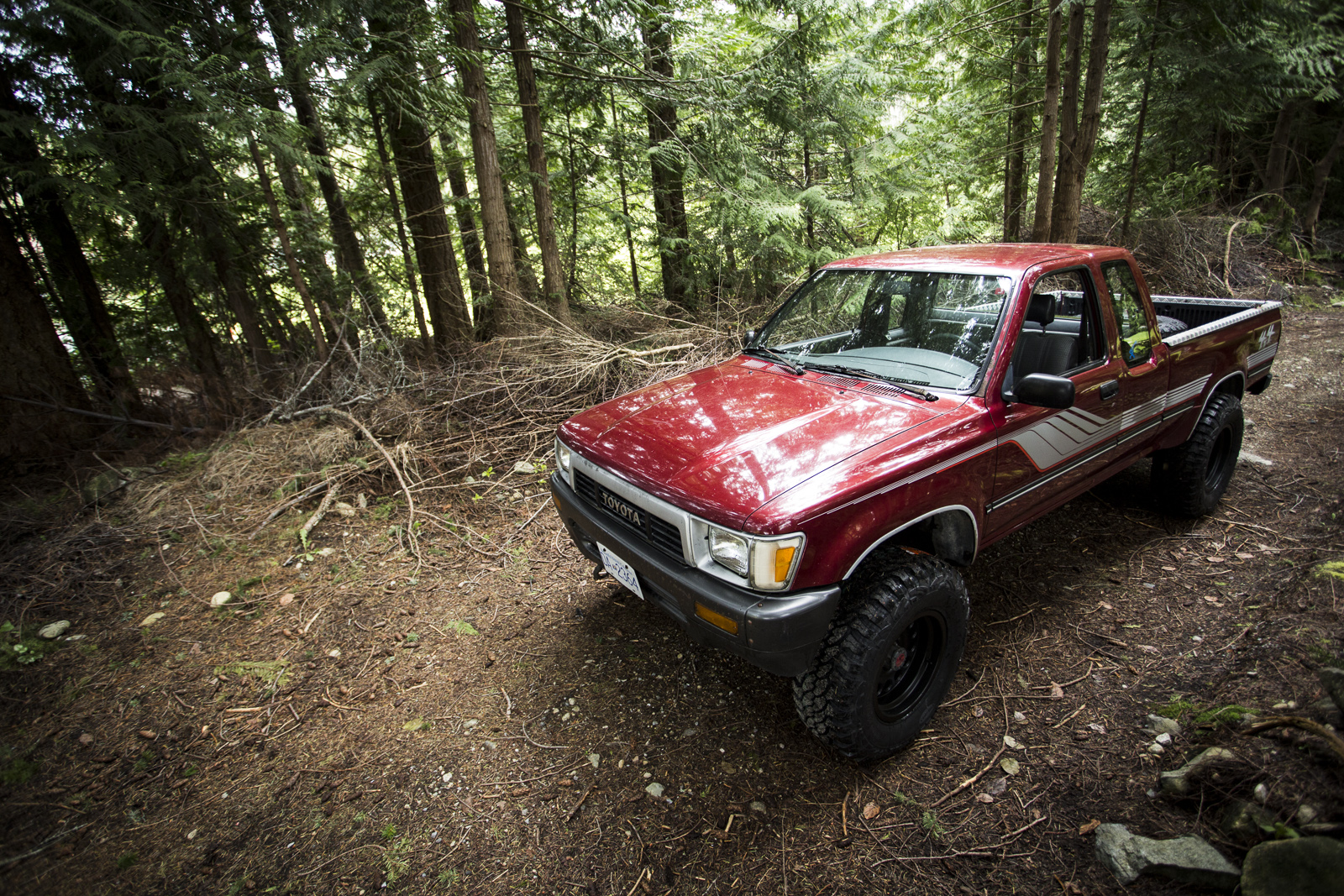