Our introduction to Panama City began with the wrong GPS point entered for our hostel. This was after a six-hour driving day. By the time we arrived at the El Machico Hostel we had driven around the general area about a dozen times attempting to navigate the one-way streets of the Marbella neighborhood of Panama City. City drivers were aggressive and impatient. Taxi drivers were reckless at best. The sound of honking horns was constant. To say that driving in Panama City has its challenges only scratches the surface of the disorganized, chaotic maze of navigating its streets. This was the first time we had encountered truly rude and enraged drivers thus far on our Pan-American journey. Woah. We were definitely in need of a cool bed, a bite to eat, and a lengthy shower to wash off the grime, exhaust, and chaos.

Panama City is in one word, a dichotomy. It is definitely a city of contrast. Skyscrapers and brand new buildings are going up constantly, while others nearby remain decrepit and seemingly uninhabitable. Very rarely will you see a sidewalk, and crossing the street is like a potentially lethal game of Frogger. It generally smells, but then there are heavily air-conditioned high-end malls littering the city streets. Manholes are often uncovered (as people steel the covers to sell for scrap), but there is constant upkeep on the causeway – weed-eating, mowing, landscaping. It feels like a city in transition, more or less attempting to deal with the old and the new, and the influx of people from all over the globe arriving in search of new possibilities or a secure place to live. 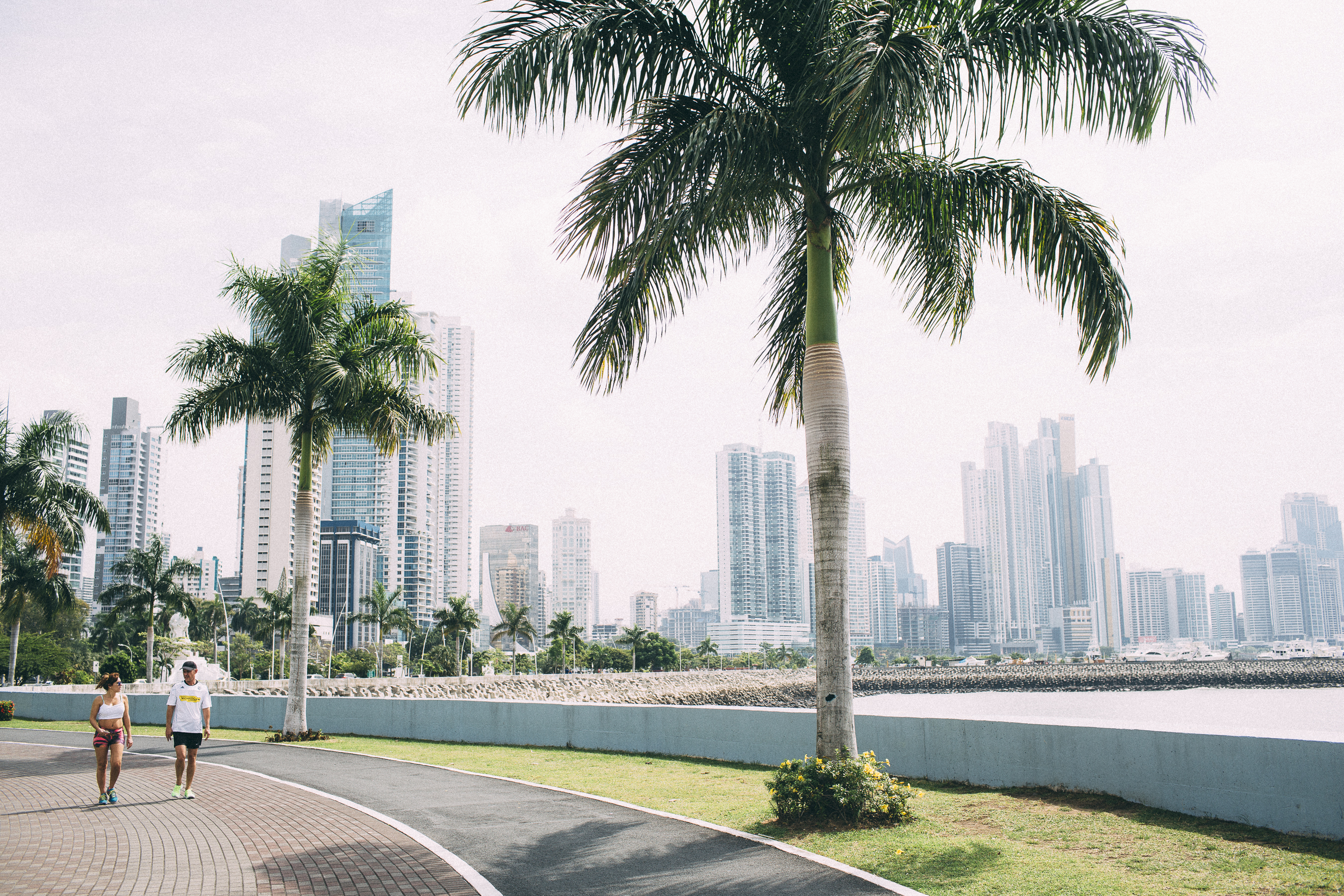 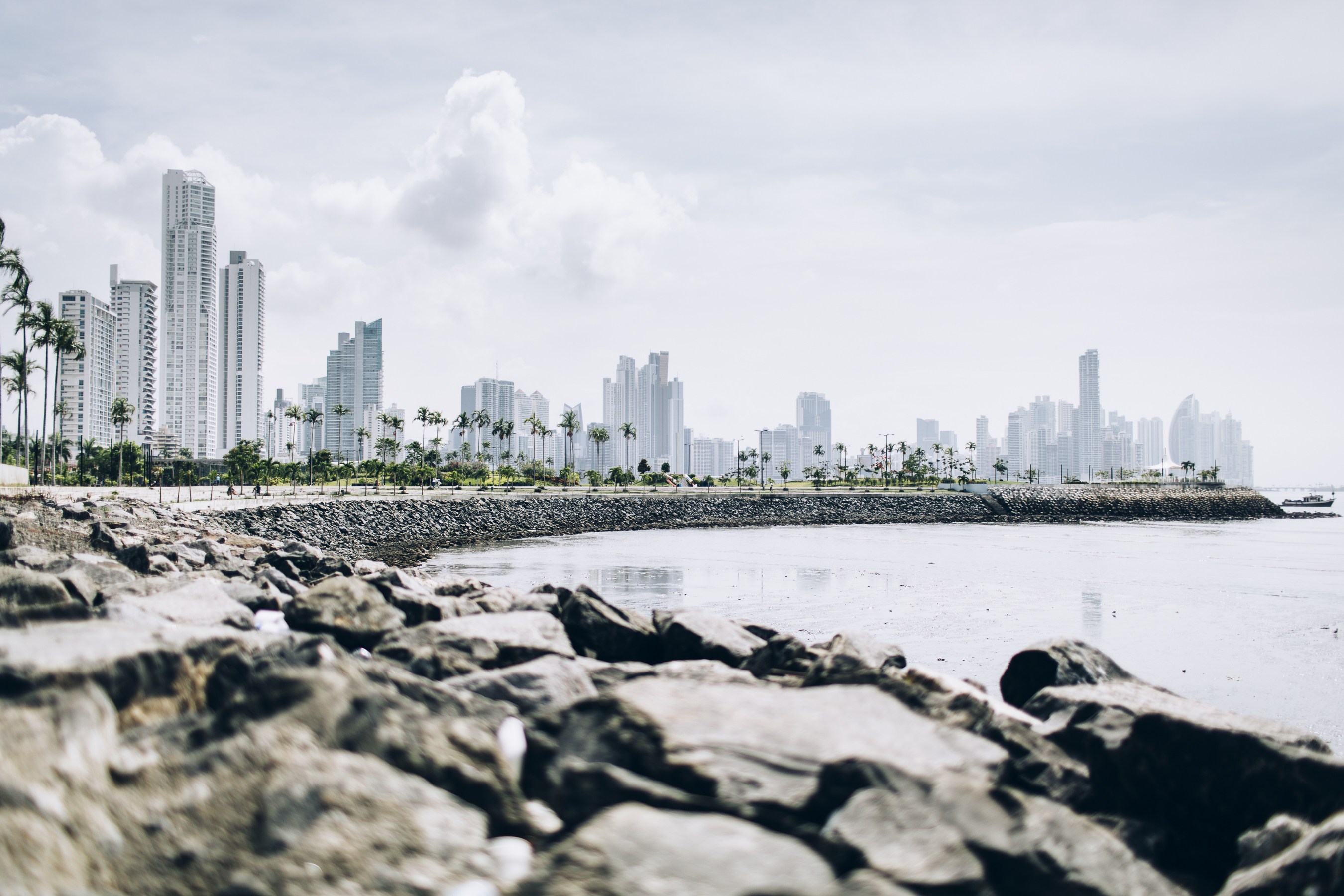 Casco Viejo, the declared UNESCO World Heritage Site, is a perfect example of the contrast of the city. The neighborhood is filled with new and beautifully restored buildings and churches, cafes, top-notch restaurants and hidden clubs. Dispersed between these buildings are buildings of the past that have been left vacant and waiting for what will most likely be an expensive remodel. 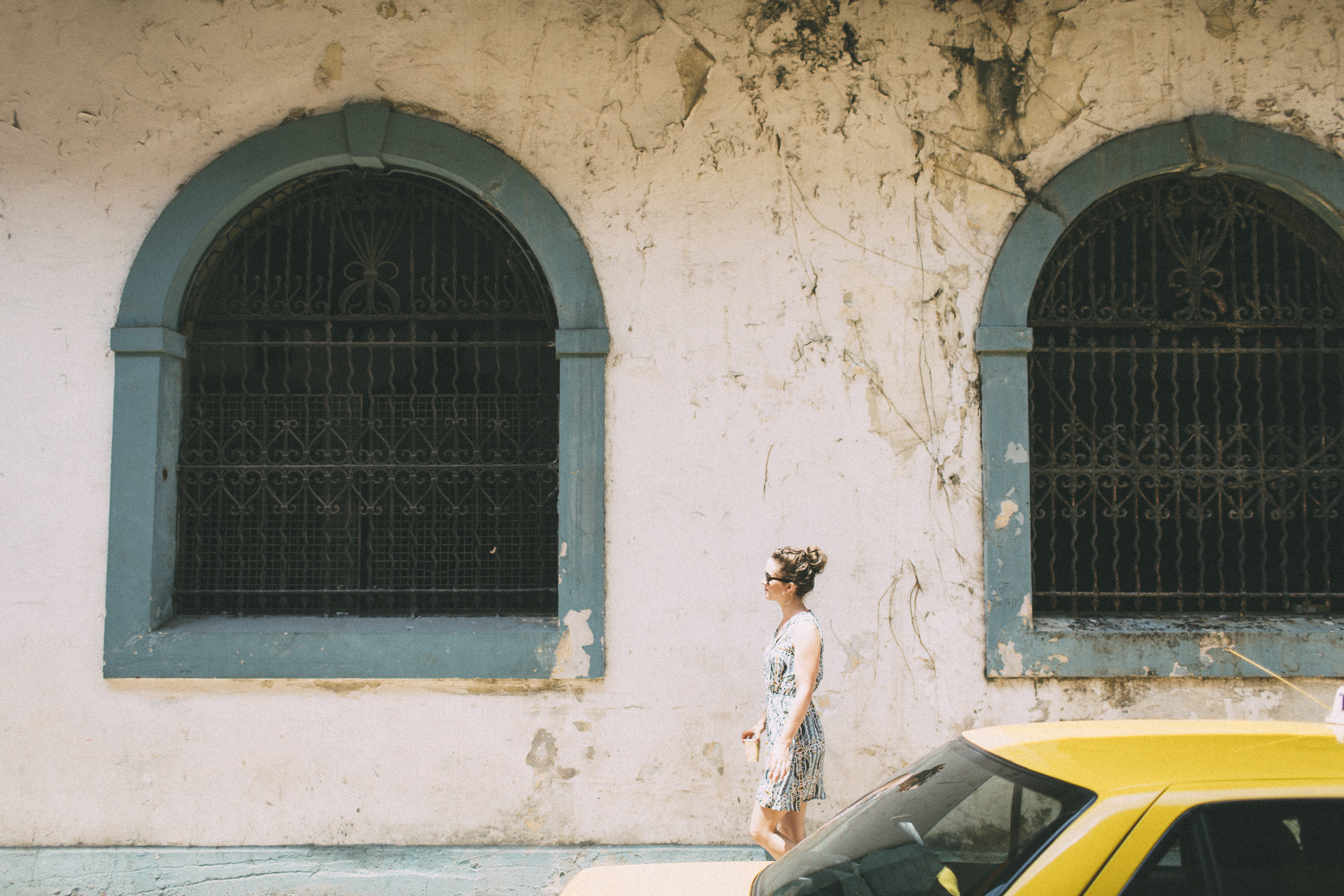 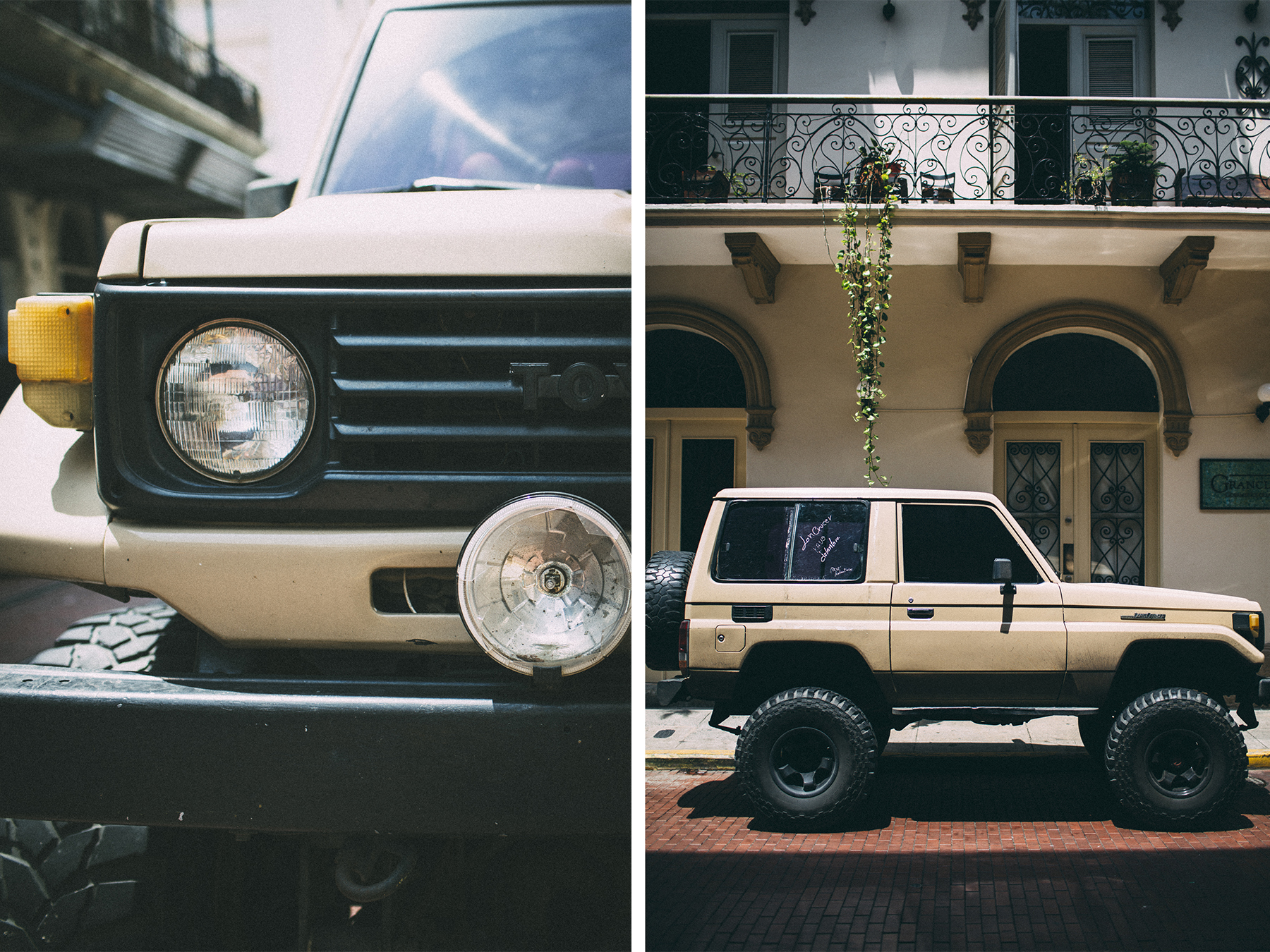 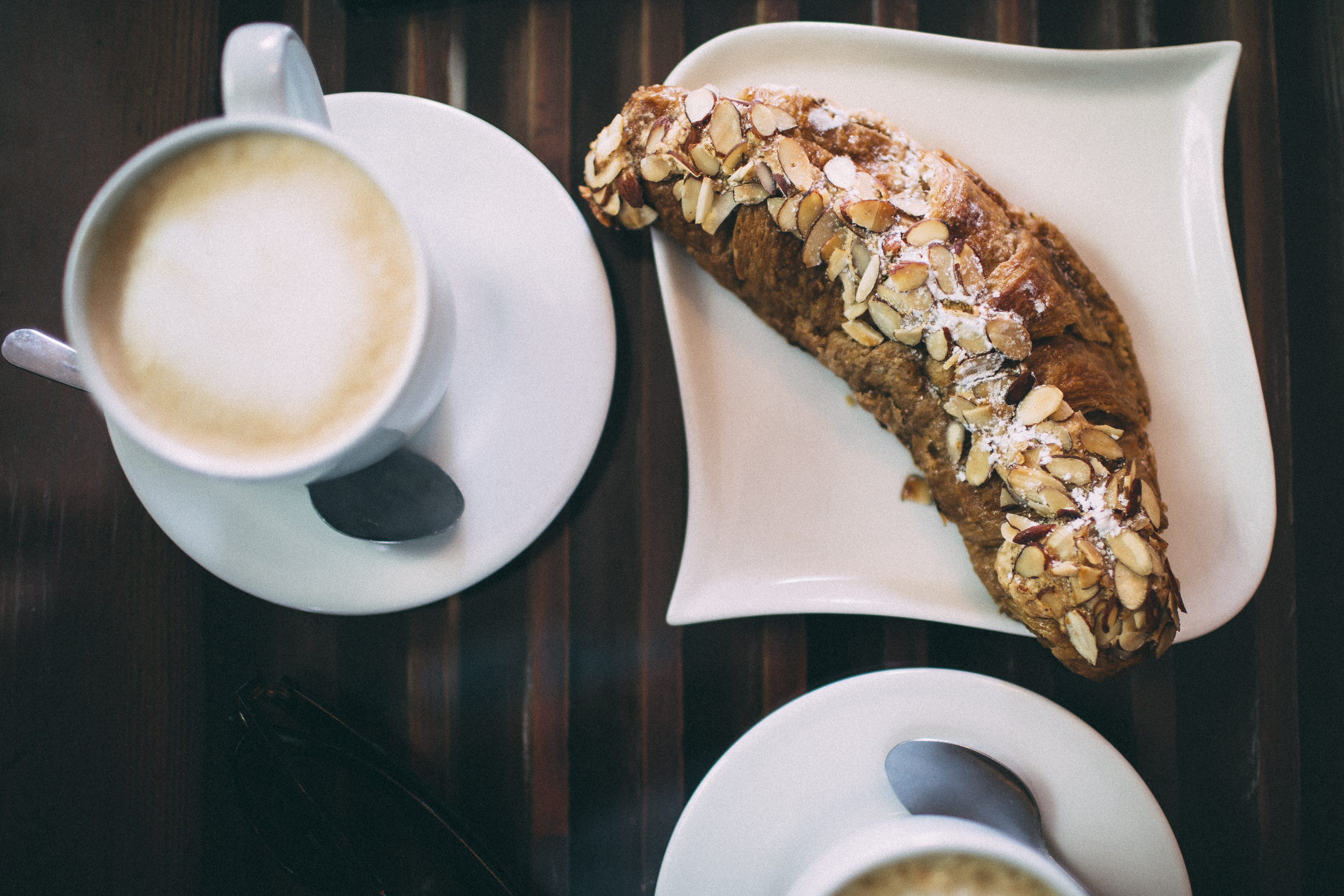 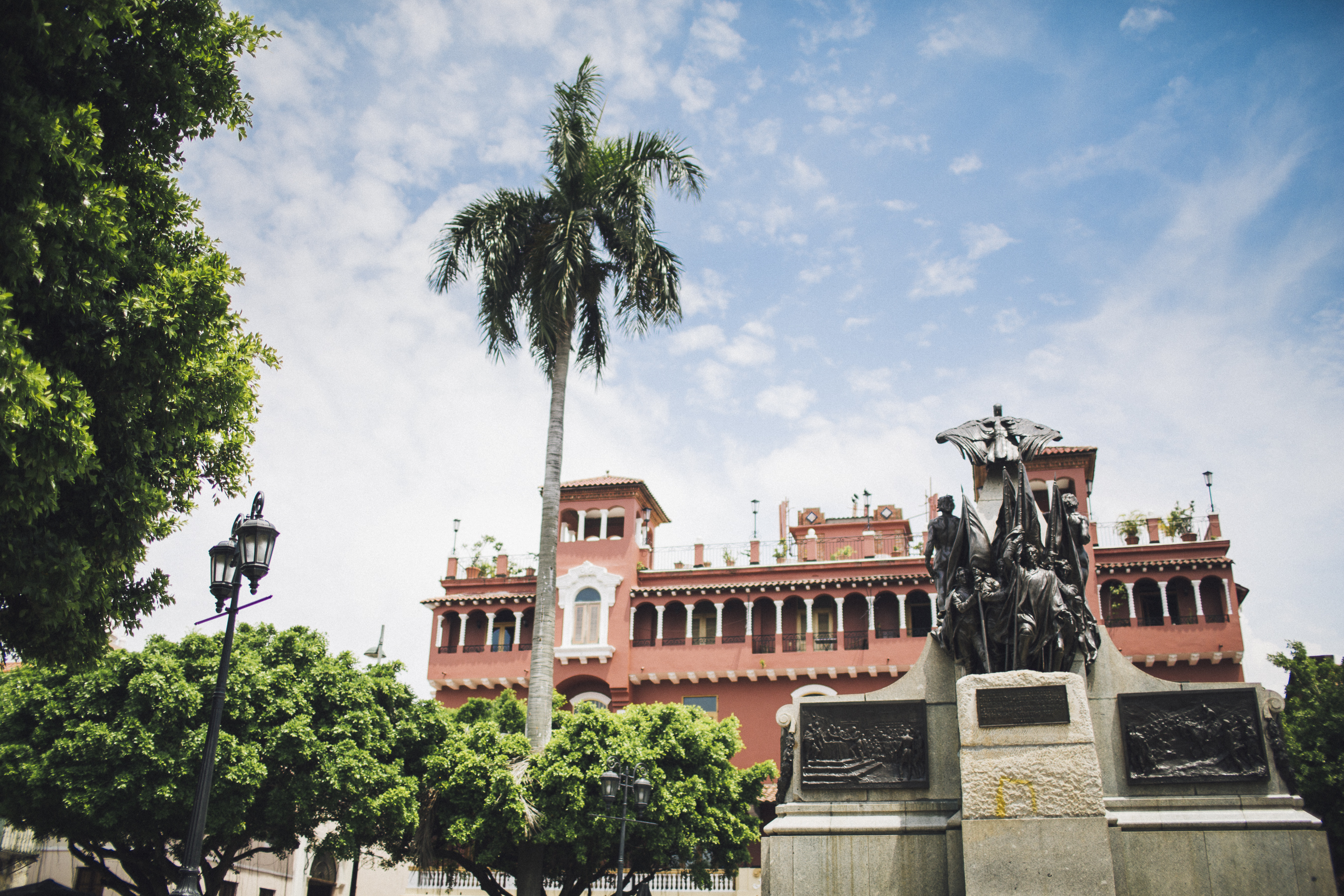 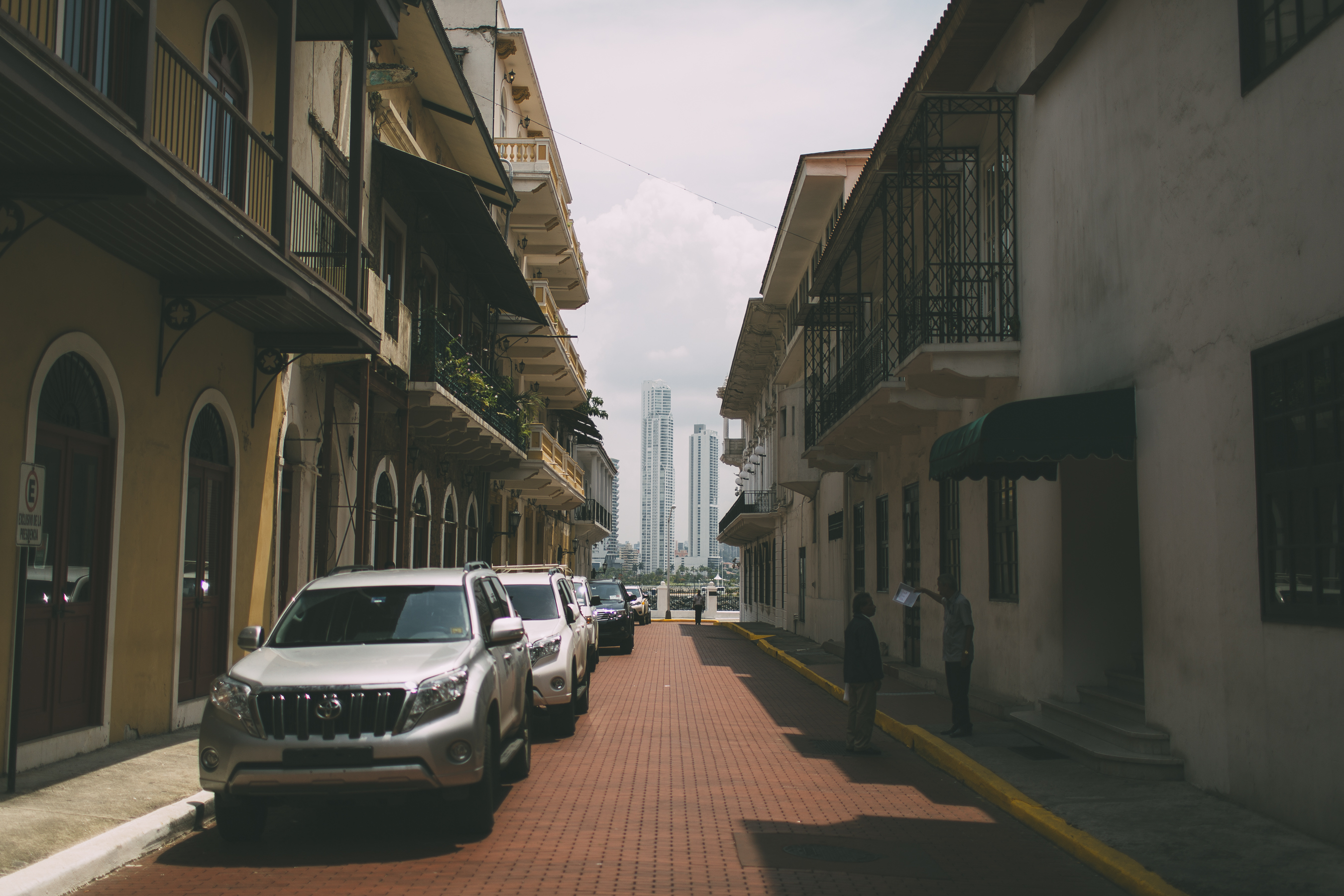 What really made our stay special was the generosity and kindness of the people we met. The staff at the El Machico Hostel were friendly, helpful, and pleasant to be around. They always had a smile for us, or an inquiry about how we were, how we slept that night, or how the process of shipping our truck was going. Most of them were Venezuelan, and we would make many Venezuelan friends during our time in Panama City.

The entire crew from Cruiserheads Panama and their families treated us like old friends. Cesar, Luis and Jorge took us to the Miraflores Locks to see the canal and Cesar welcomed us into his home for a BBQ. 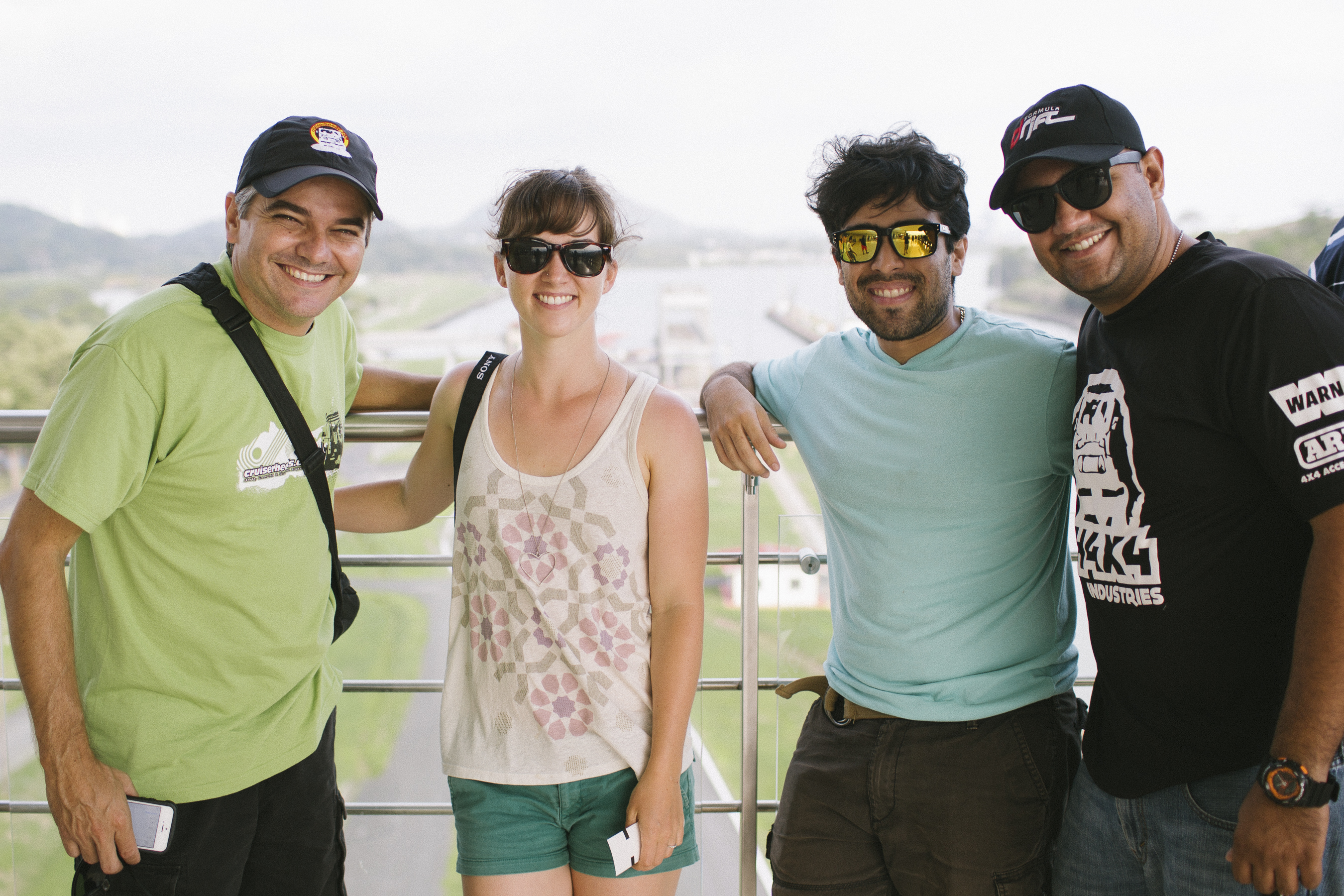 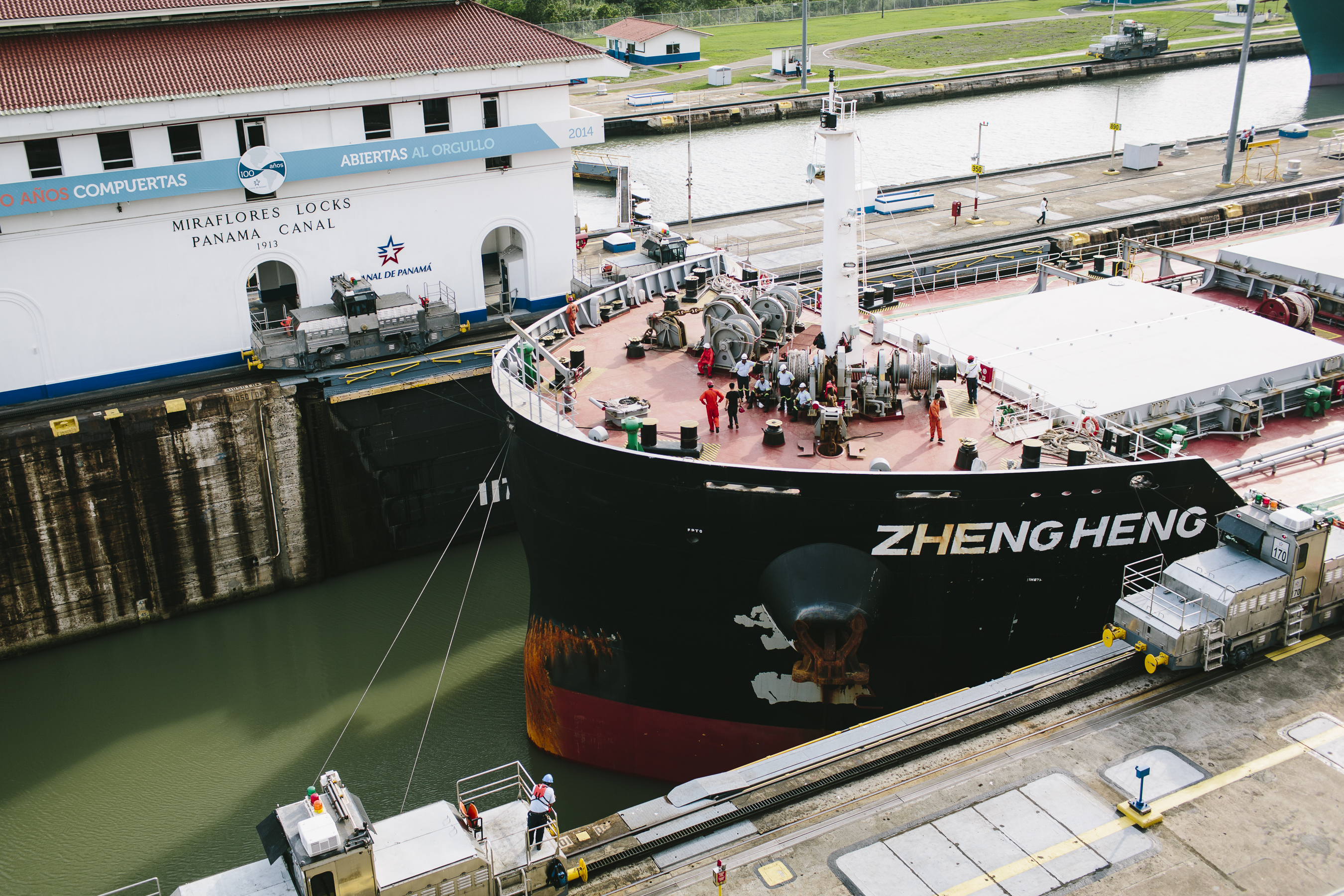 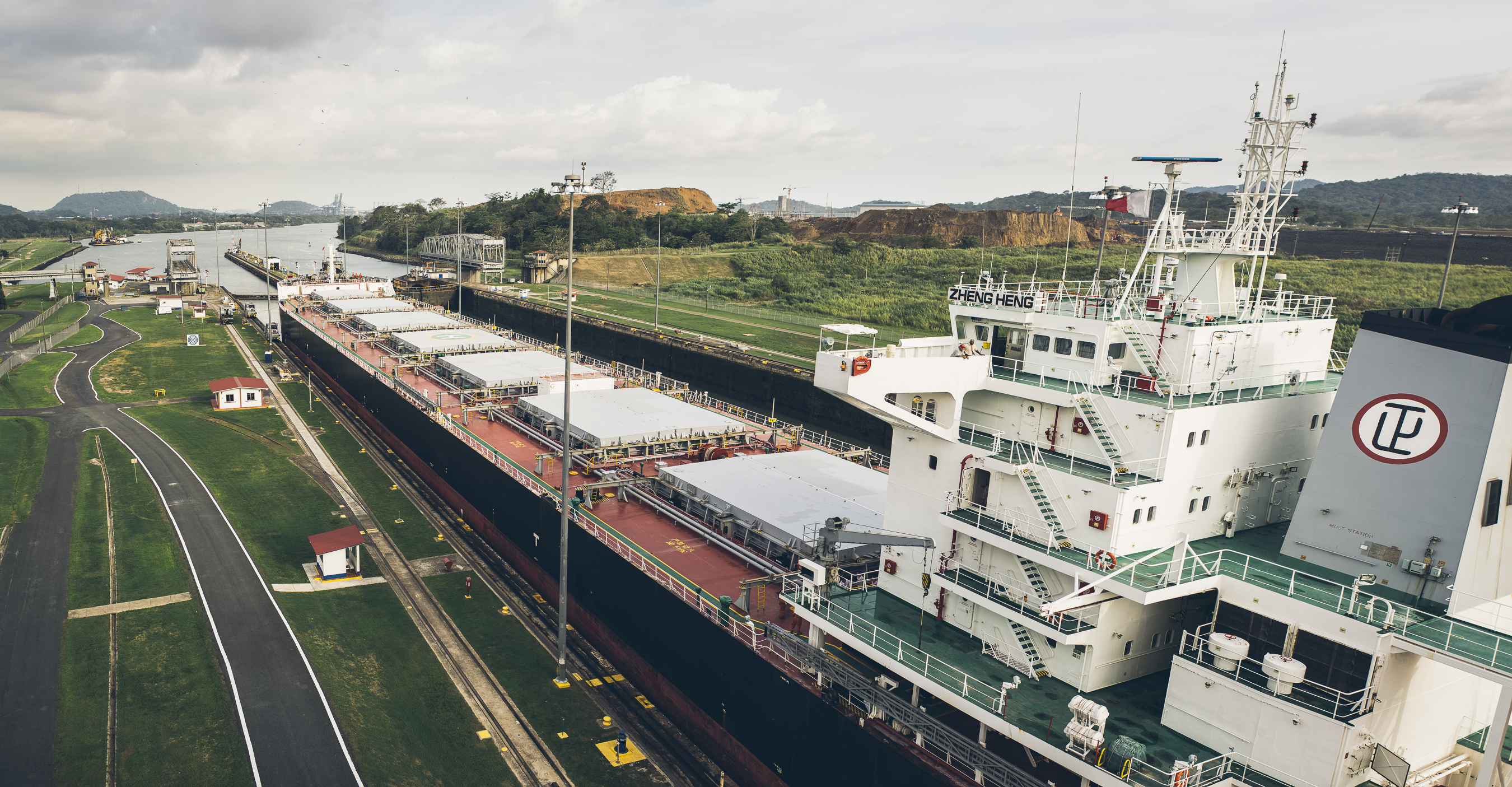 Luis and Daniella spent their Sunday driving us around town pointing out the various neighborhoods, places to dine, and gave us an insight into daily life in Panama. They introduced us to the amazing local Venezuelan food and we swooned over the empanadas with cheese, beans, plantains and chicken (empanadas de papallon), Venezuelan coffee con leche, papelon con limon, and some sweets at the popular Athanasiou Bakery. We spent a great evening with them in Casco Viejo where we ate ceviche and drank mojitos and beer at the local brewery, La Rana Dorada. Greg and Mariela took us out for pizza in Casco Viejo and welcomed us to the nighttime scene while we wandered around the cobbled streets and stopped to listen to live salsa music in the square.

It is hard to say thank you to those who treat you like family when you are on the road. It just doesn’t sum up how special those moments are when they take time out of their busy day to share their life, food and culture with you. So to all of our friends in Panama City we say MUCHAS GRACIAS and chuuuuuuzo, time for some horse empanadas! 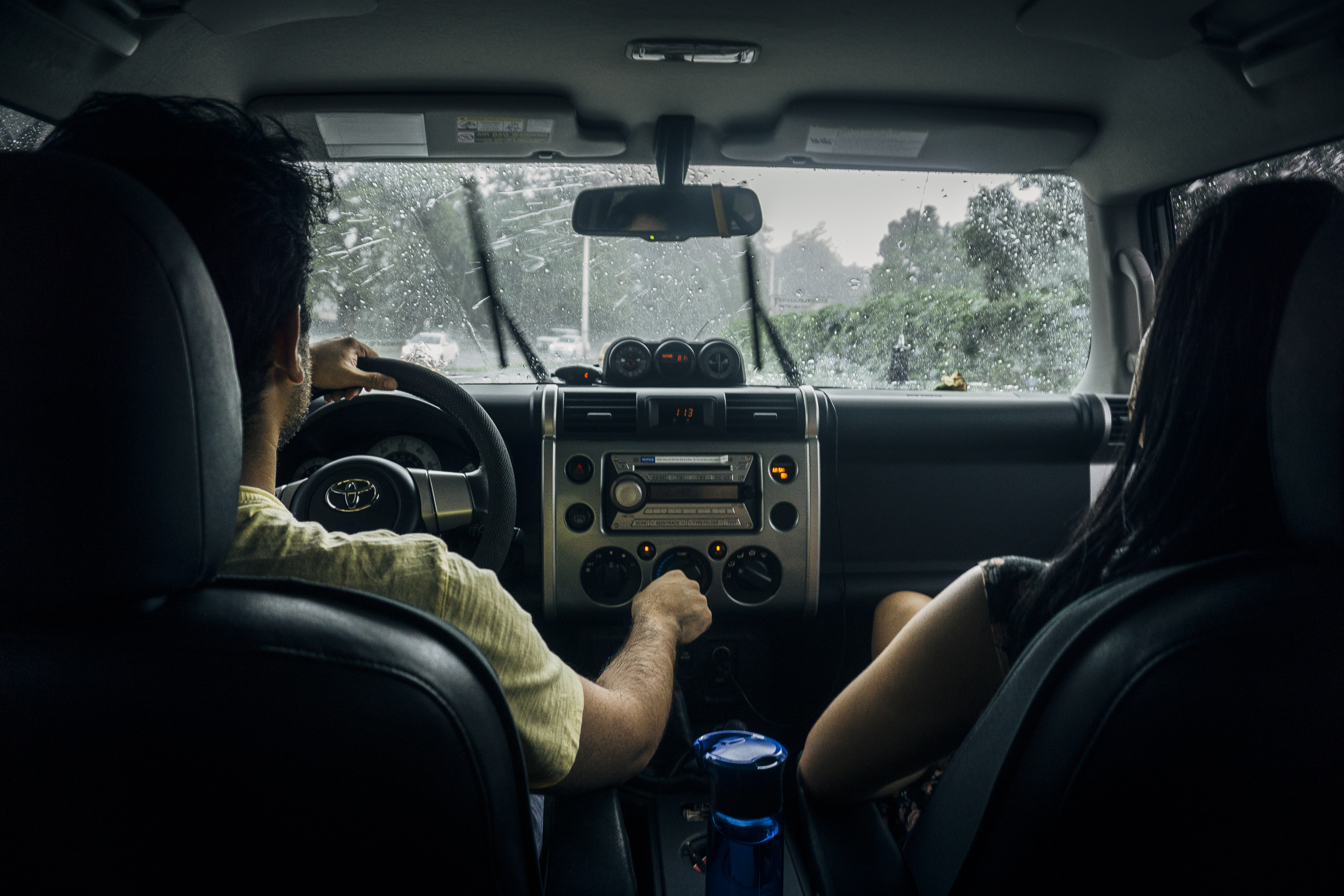 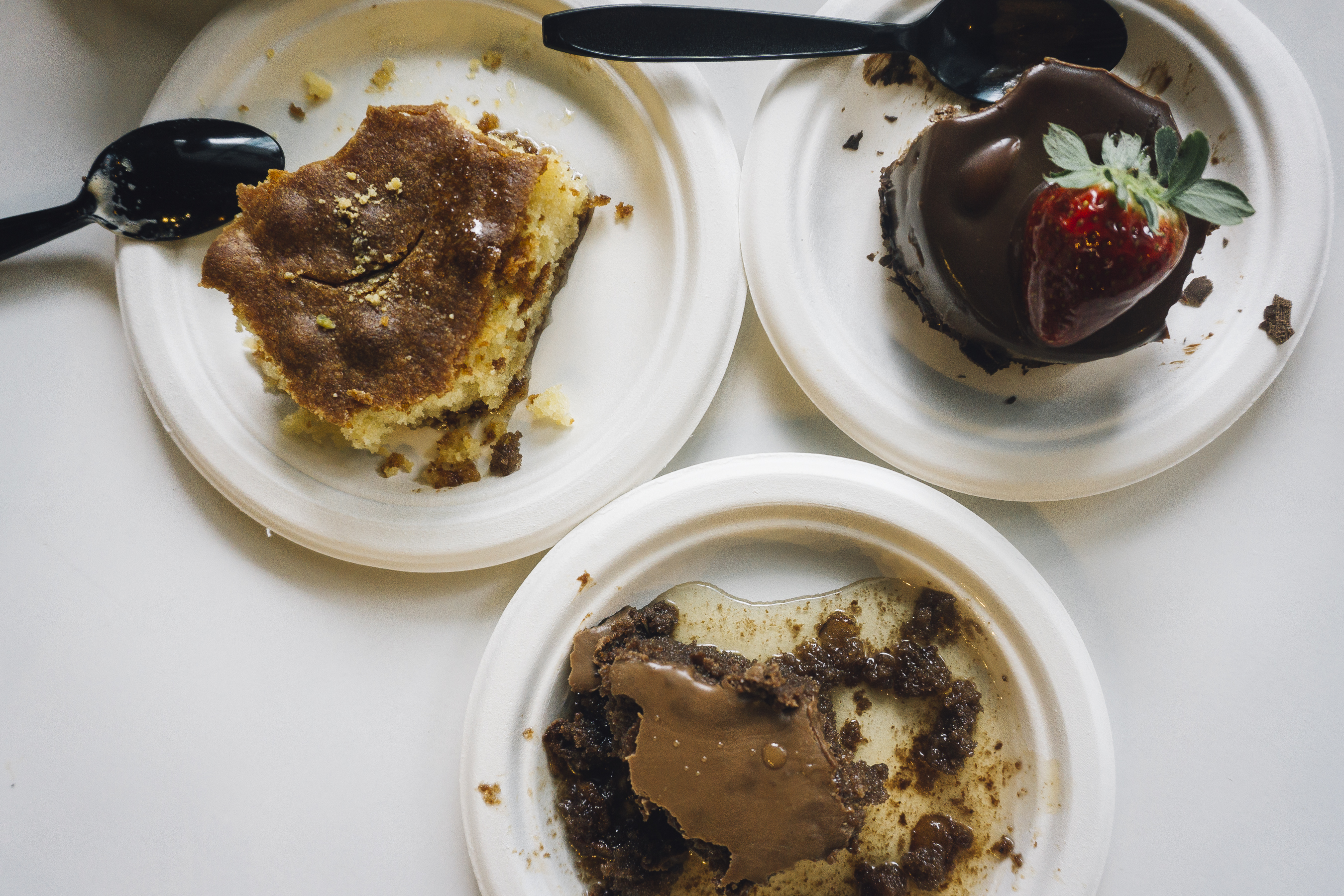 Added to this experience were little moments of perfection that made us stop and really appreciate where we were. Eating ice cream in an air-conditioned mall after constantly sweating through our clothes from the heat and humidity. Dipping our feet into the pool after a sweltering run on the causeway. Walking through the Fish Market, seeing the daily catch, and then tasting the fresh salt and lime of a cup of ceviche from Delicias del Mar. 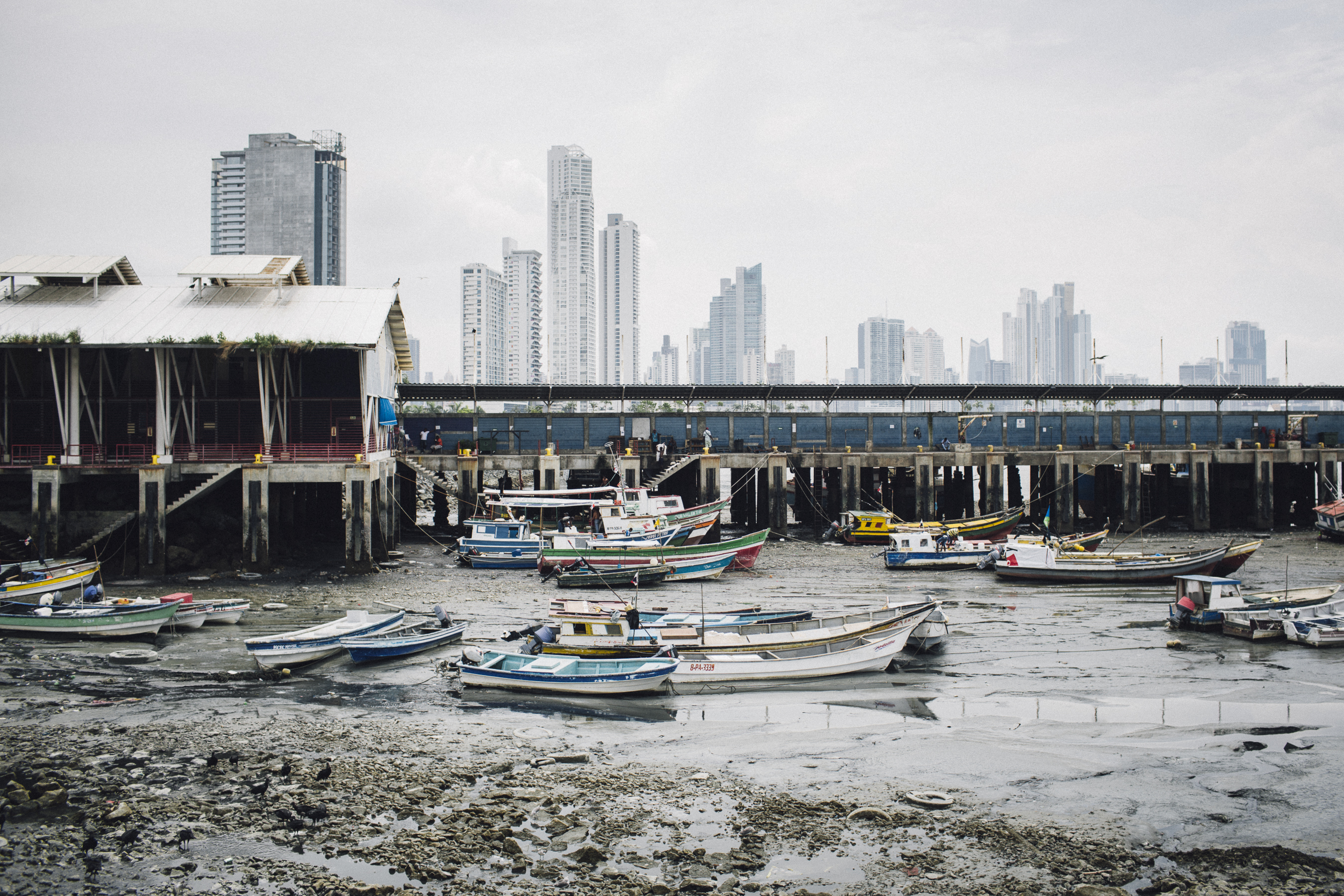 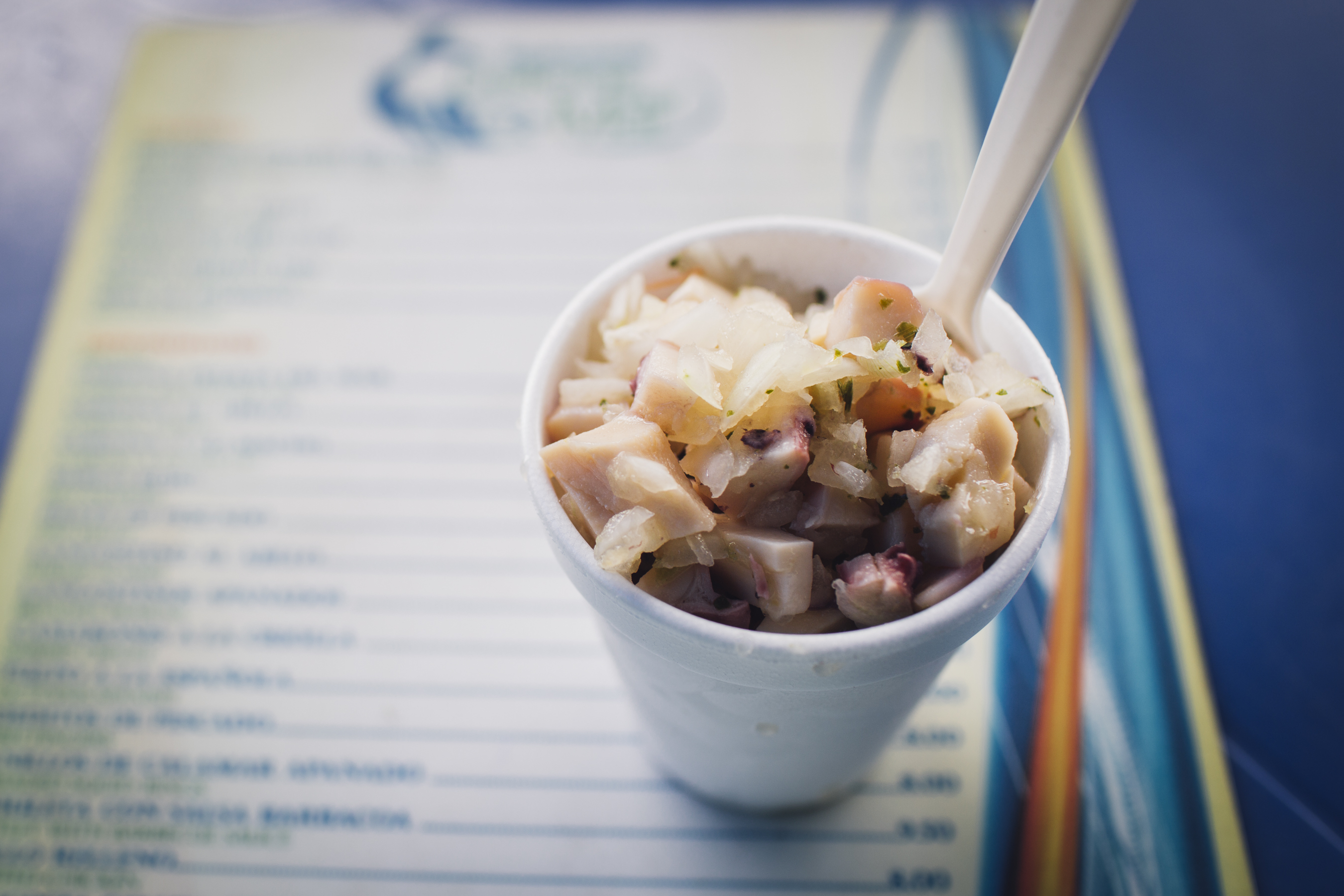 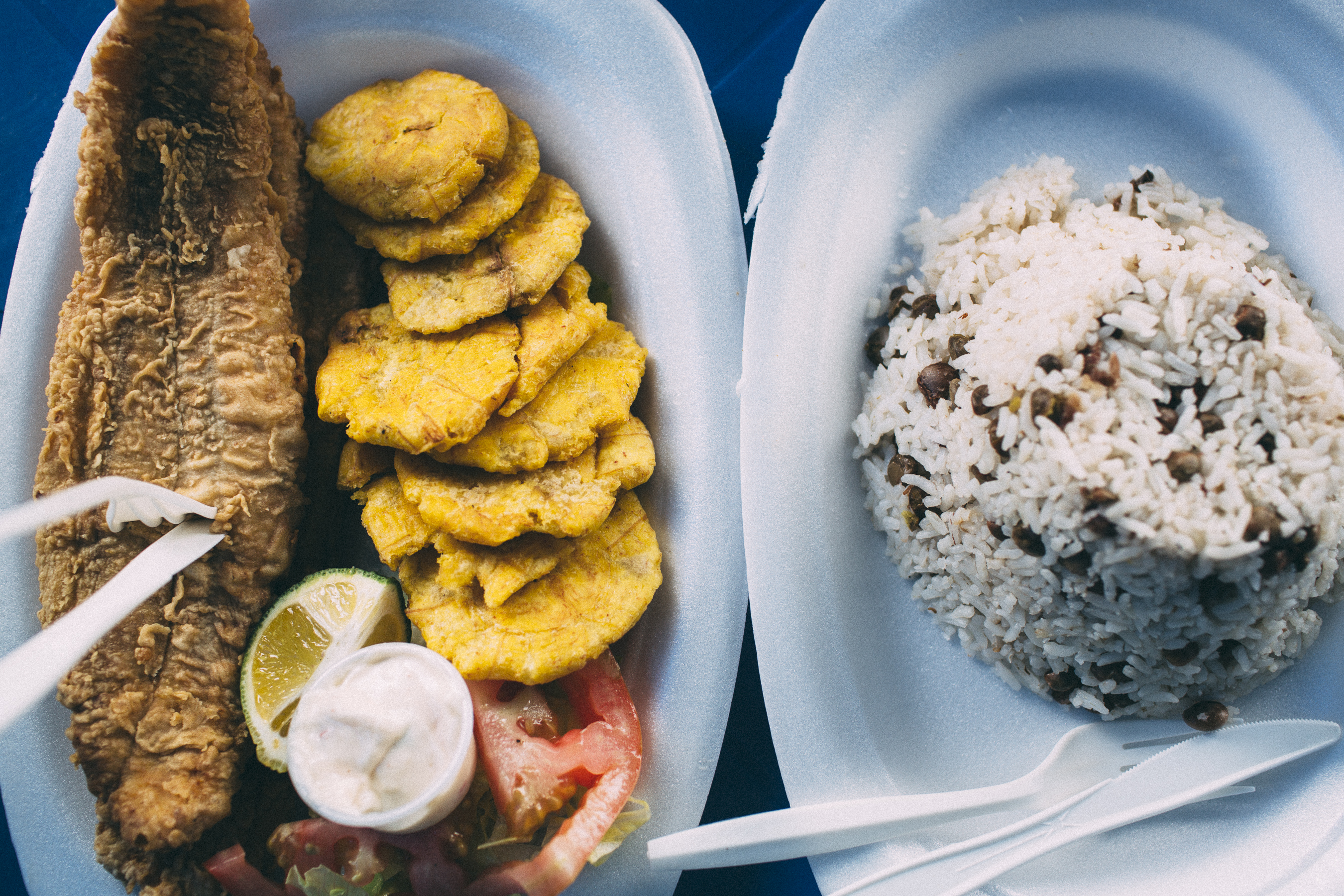 Despite these wonderful things and the lovely people we met, we were itching to get to South America. As every day passed in Panama City we were more and more eager to start the journey that we have thought about, dreamt about, and looked forward to for so long. So we reluctantly handed over our keys, crossed our fingers that our truck made it into a shipping container safely, and we will meet up with it in Cartagena after its journey across the sea. Colombia, here we come!