“We’ll meet you at the Train Cemetery on Saturday night.”

I admit, this is not the most common phrase you’ll hear, but that was our plan for meeting up again with George and Jenine (Traveling the Americas). From the train cemetery we would head into the Salar de Uyuni (salt flats) together with Mallary and Chris.

These old trains were mostly utilized by the local mining companies. In the 1940s, when the mining industry collapsed, partly due to the mineral depletion, many trains were abandoned thereby producing the train cemetery.  As soon as we arrived, we headed out to explore and take photos of the trains at sunset. These old beasts are huge and awesome. We stayed amongst the iron wrecks until well after dark, but when we heard footsteps and saw nobody, we thought it was time to skeddadle. No matter how cool it is, the place is still creepy as hell. 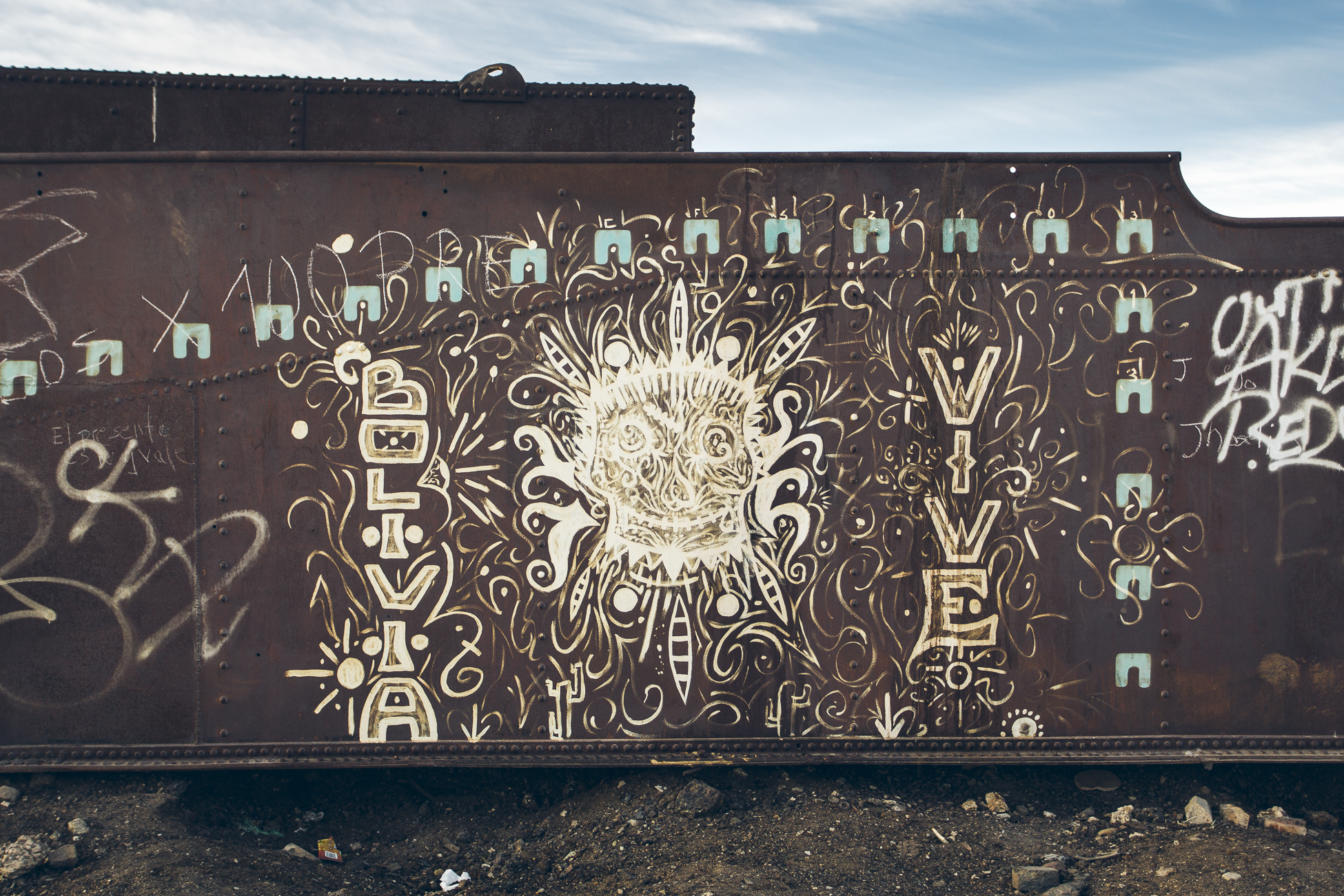 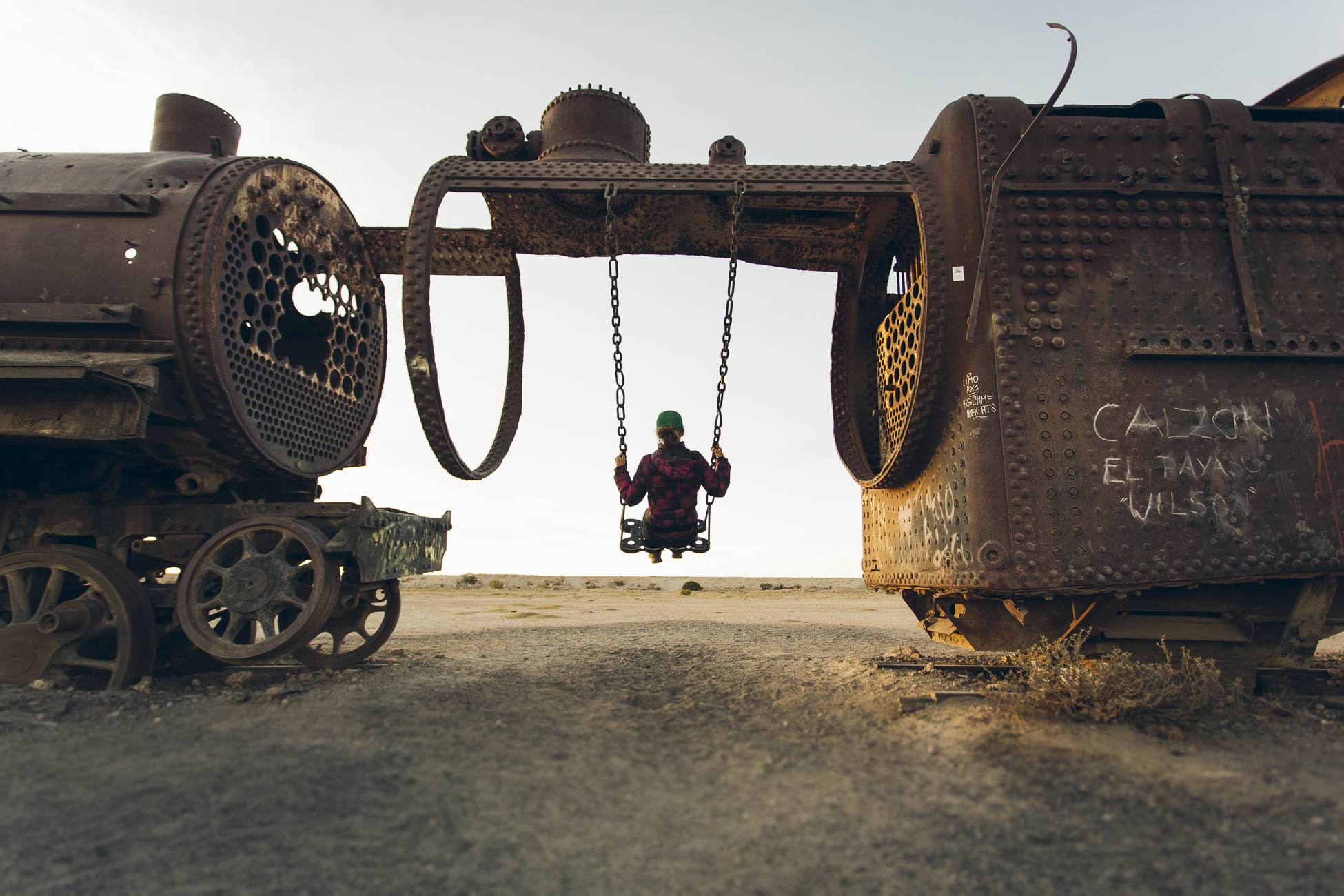 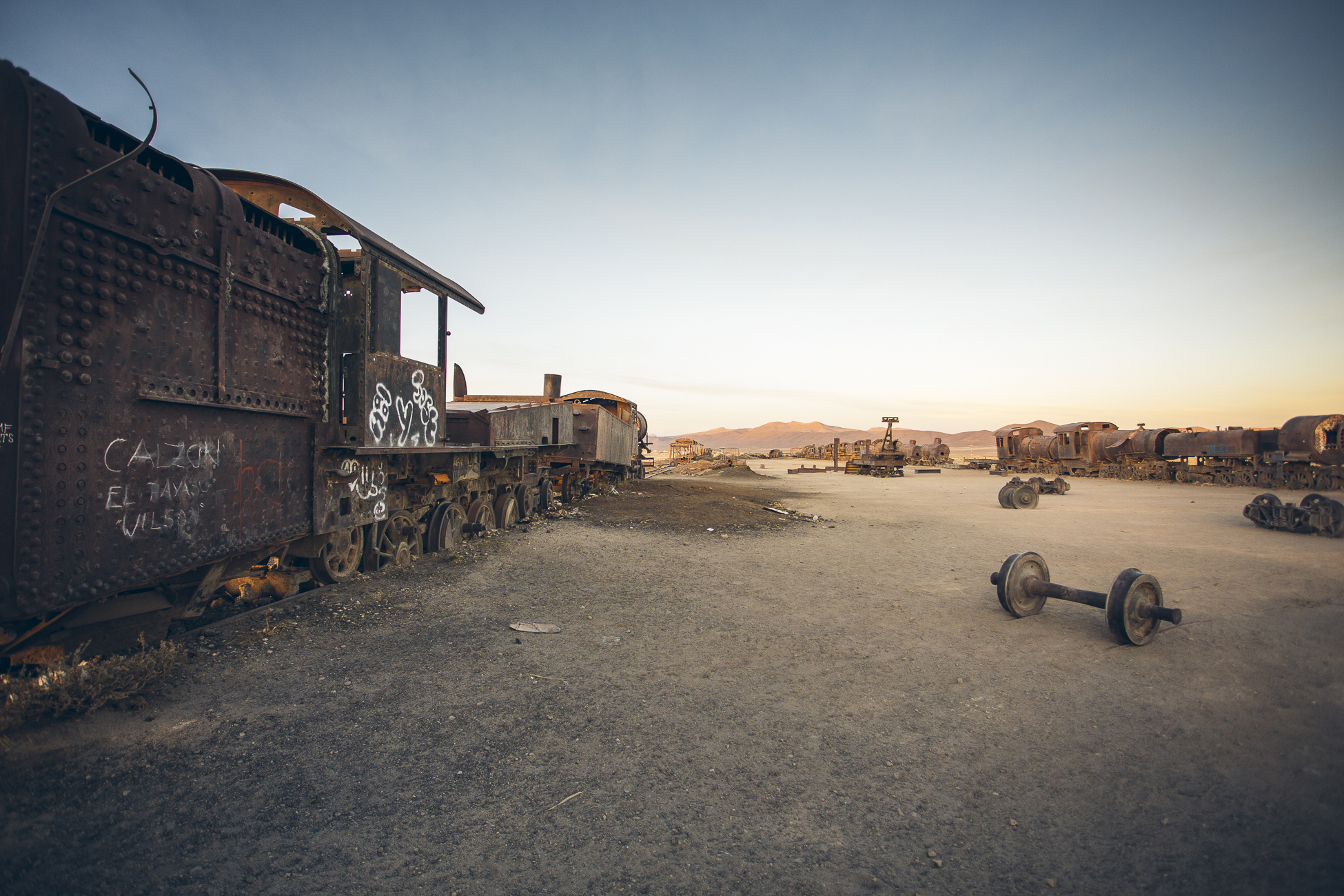 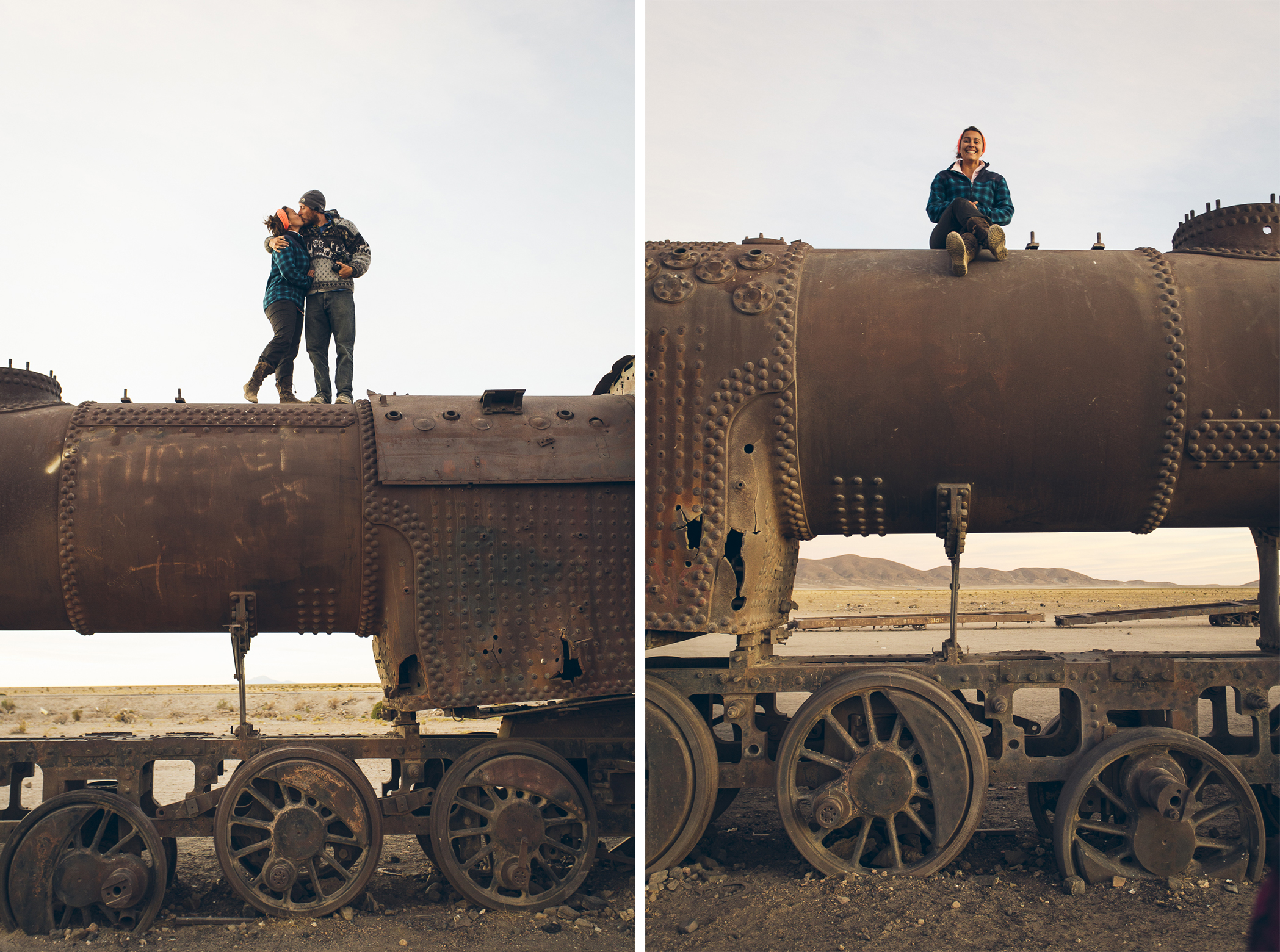 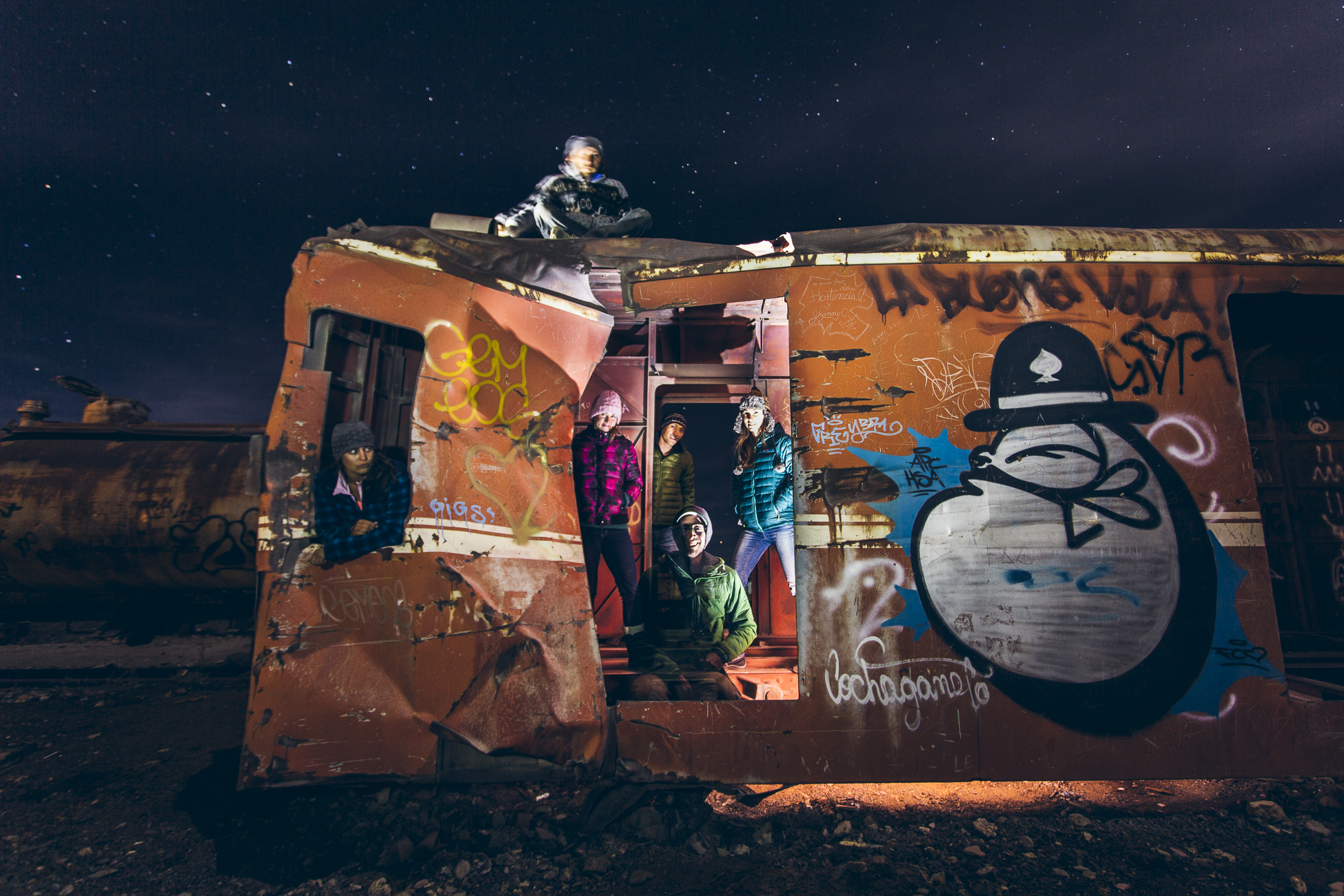 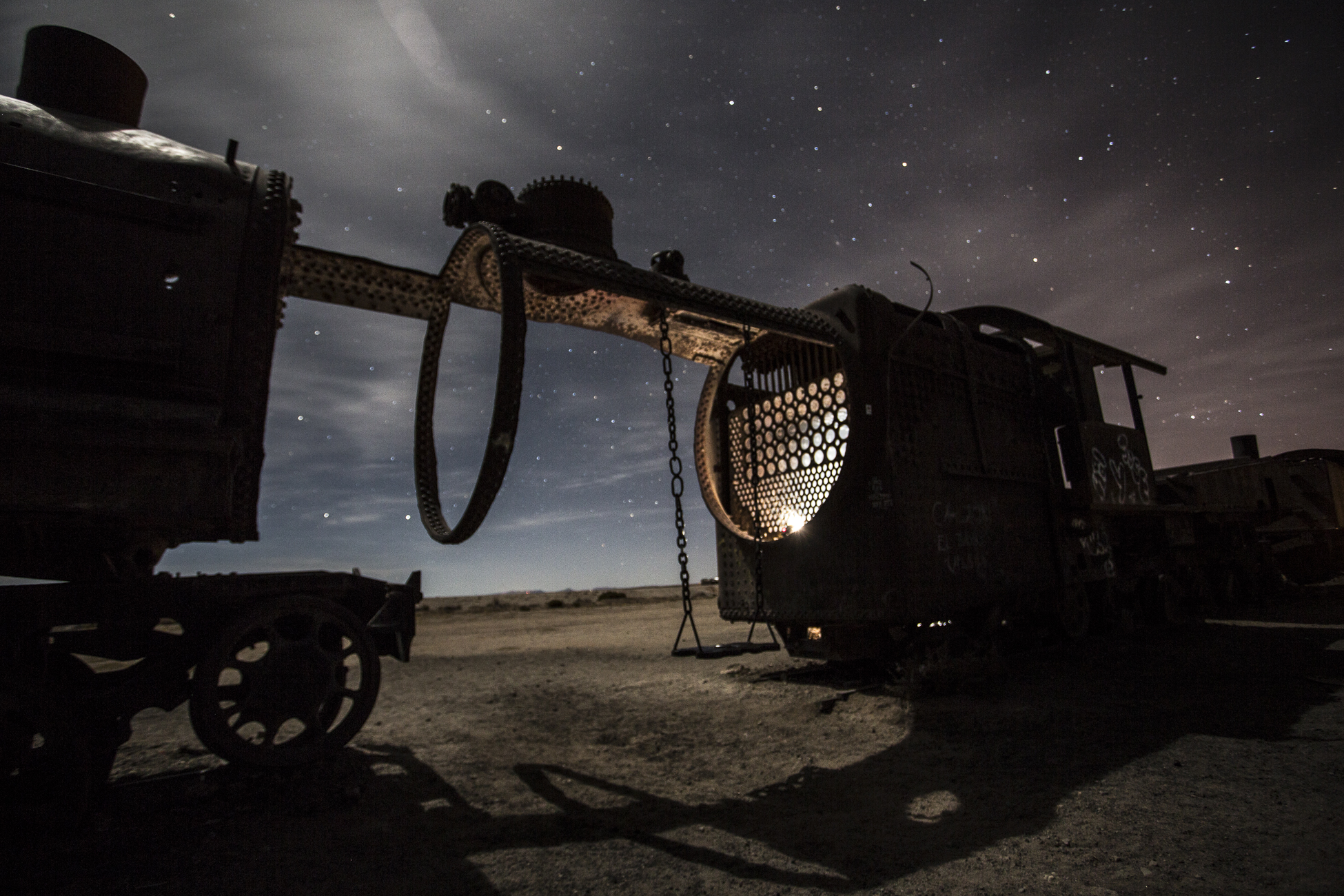 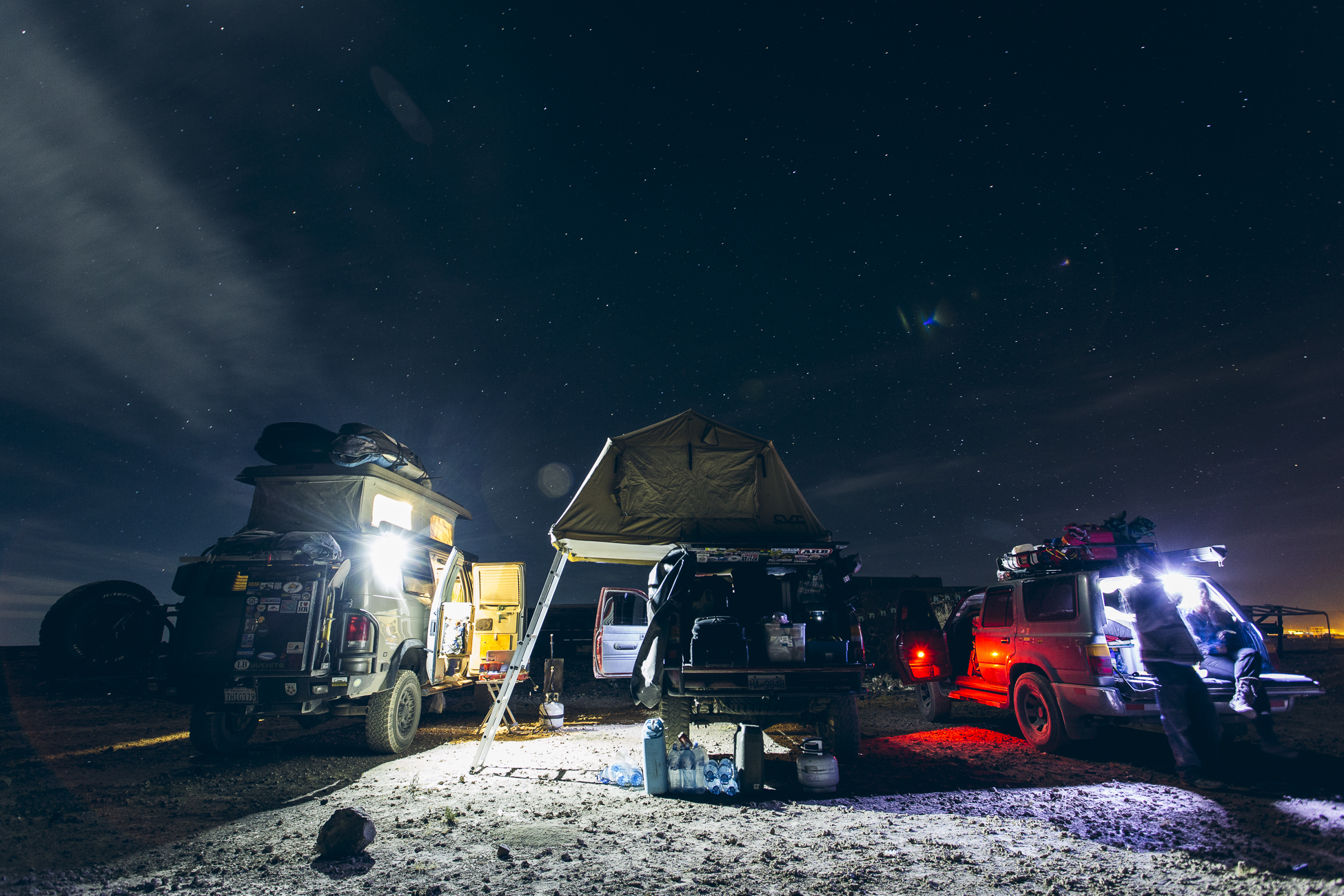 The following morning we made a potluck breakfast. Pancakes, eggs, coffee… oh my! A perfect start to any morning.

First up on the agenda was to get the trucks sprayed down with a rust inhibiting diesel/oil spray. Since we were heading out onto a salt flat we though it was prudent to protect the undercarriage of our 25 year old Toyota as much as possible. After that, fuel, water, and food were purchased in expectation for at least 2 nights out on the Salar.  The Salar de Uyuni was something that all of us had on our South American bucket list so it was surreal when we actually made first tracks on the hard salt crust. White (or close to it) salt spread out in what seemed endlessly in every direction.

Salar de Uyuni is the world’s largest salt flat. It is a prehistoric lake that went dry, leaving behind a desert-like, 11,000-sq.-km. landscape of bright-white salt, rock formations and cacti-studded islands.  With no hills and nothing to hit but each other and the well spaced islands, the girls got behind the wheels and practiced driving manual. 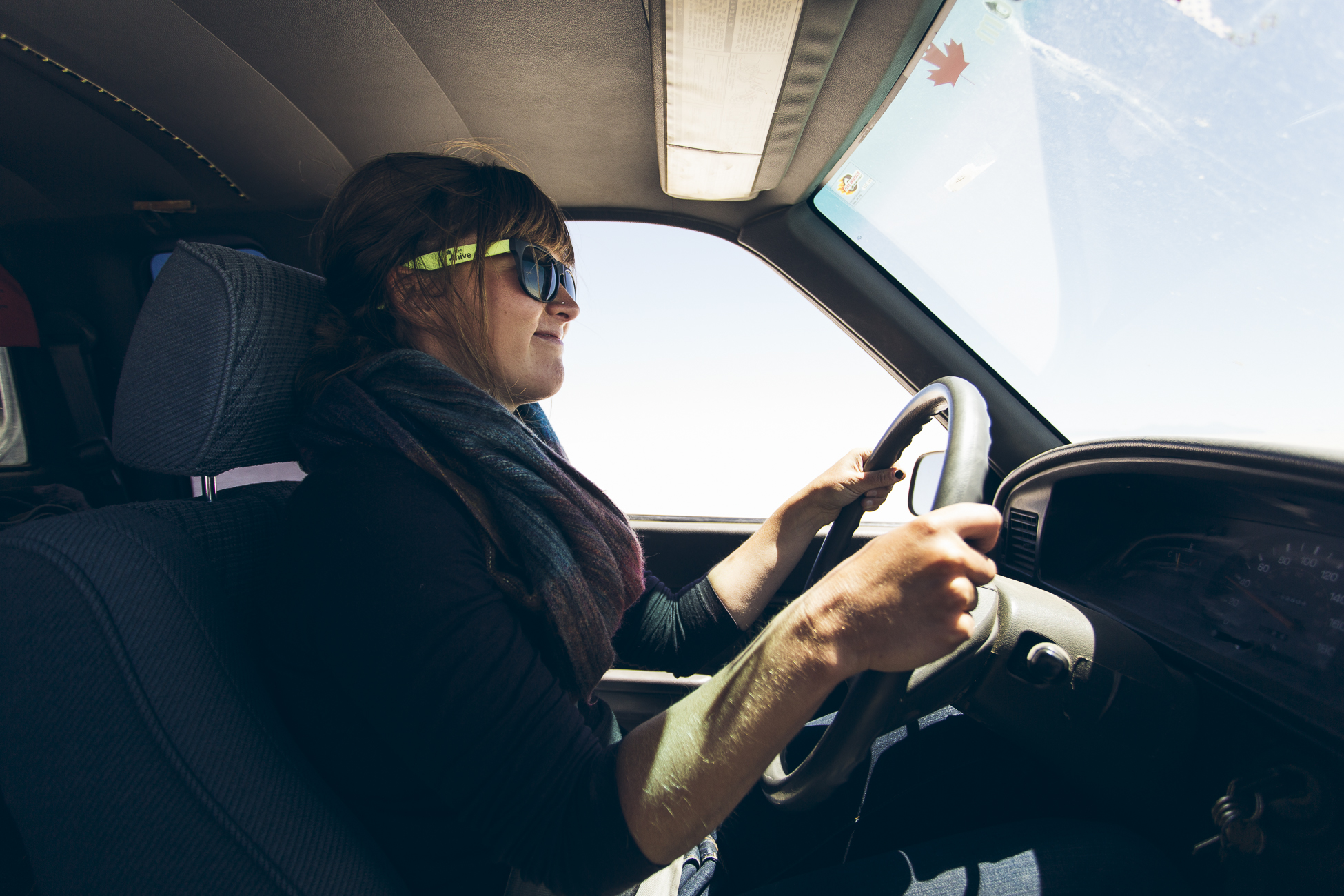 We camped close to one of the islands to protect ourselves from the wind as much as possible.  Other than the islands and tour-owned Land Cruisers driving by many kilometers away, our makeshift bivouac was the only thing around. 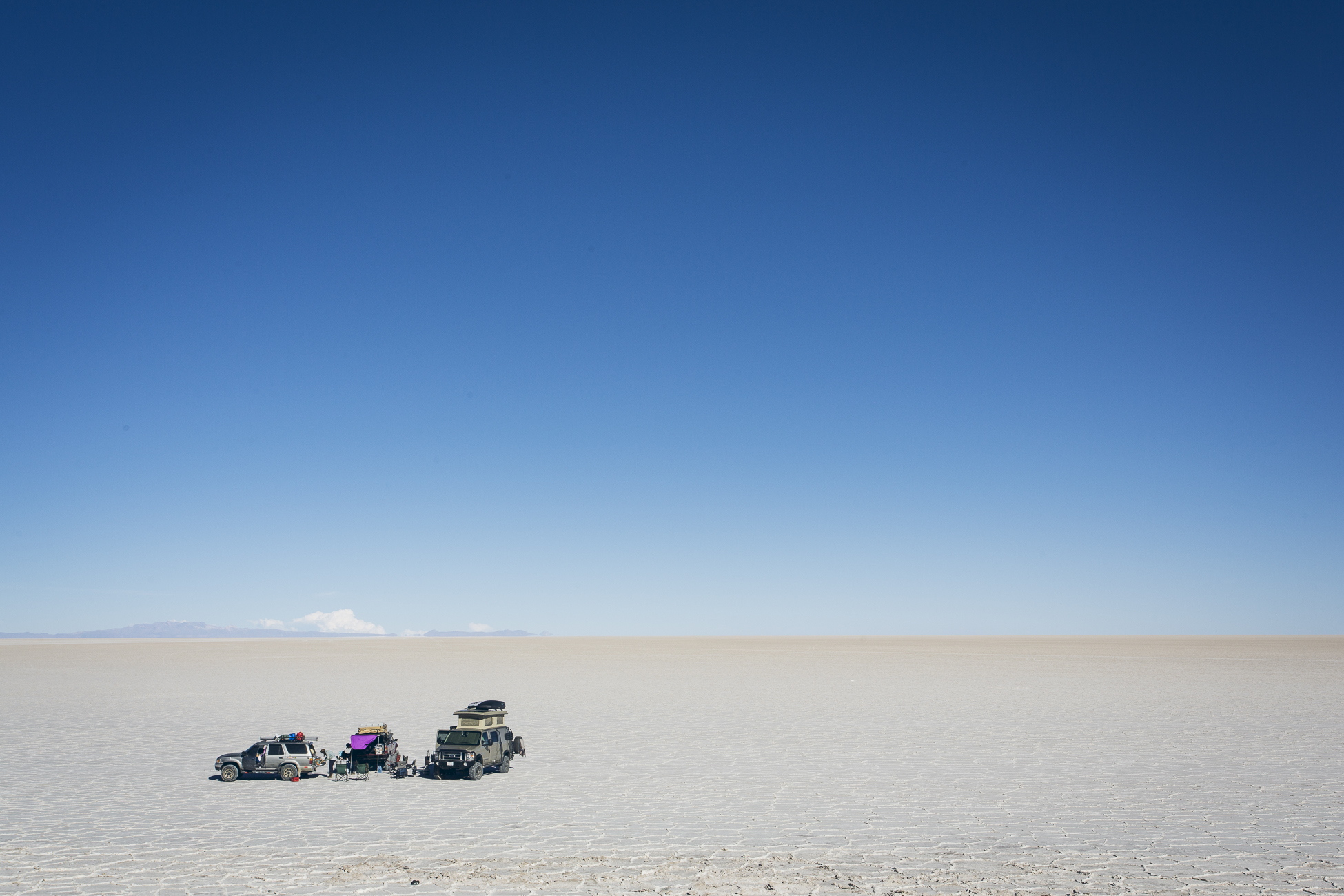 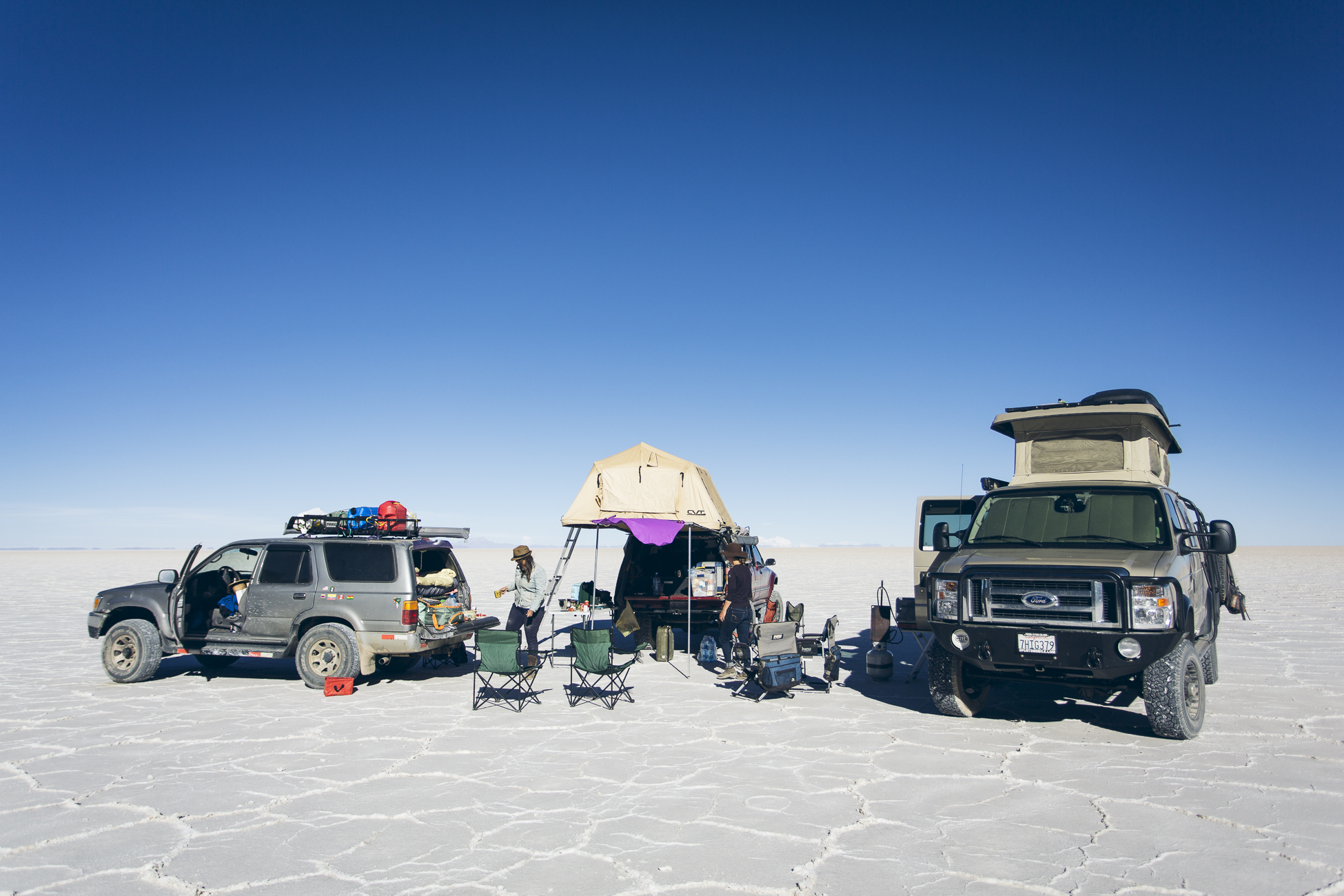 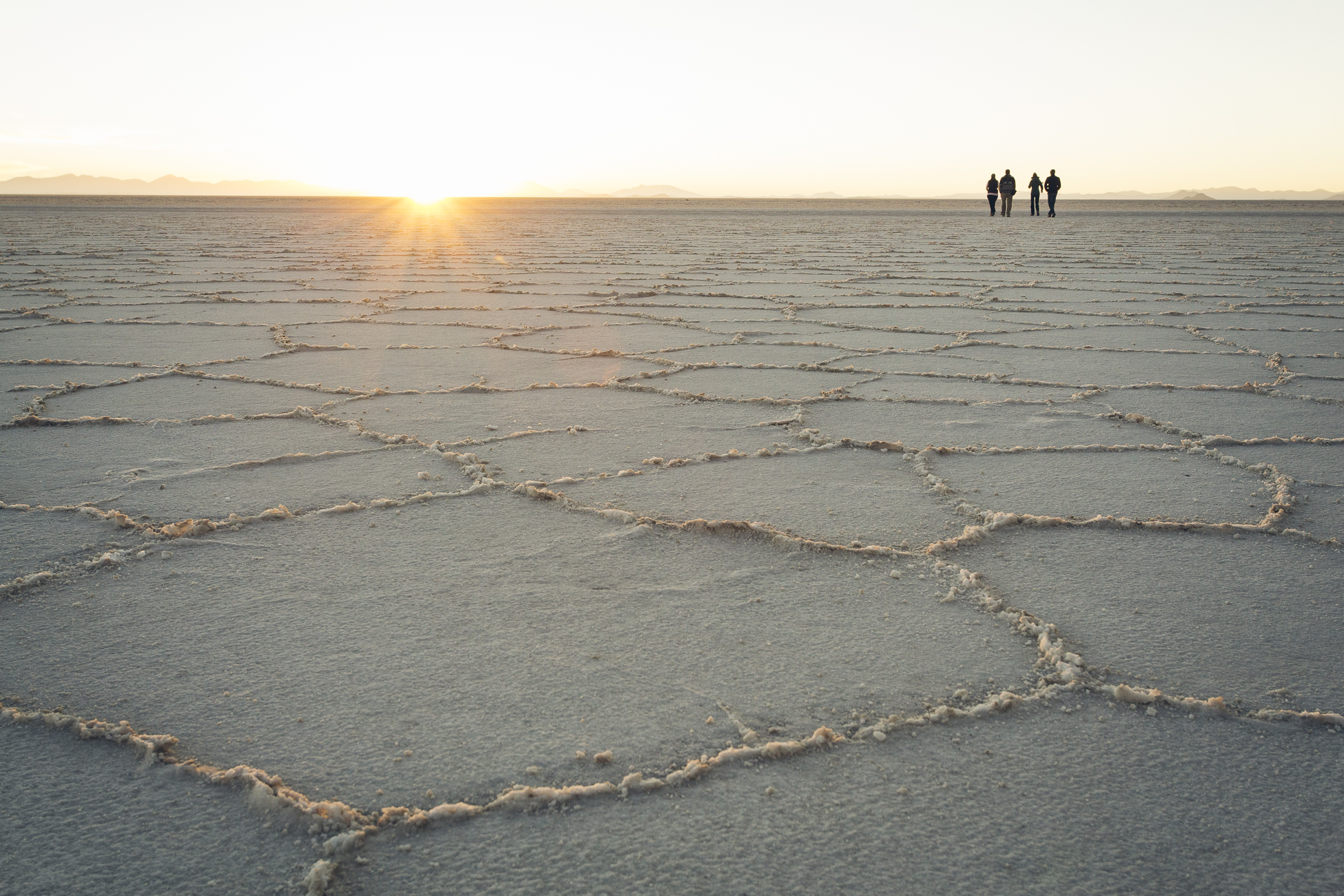 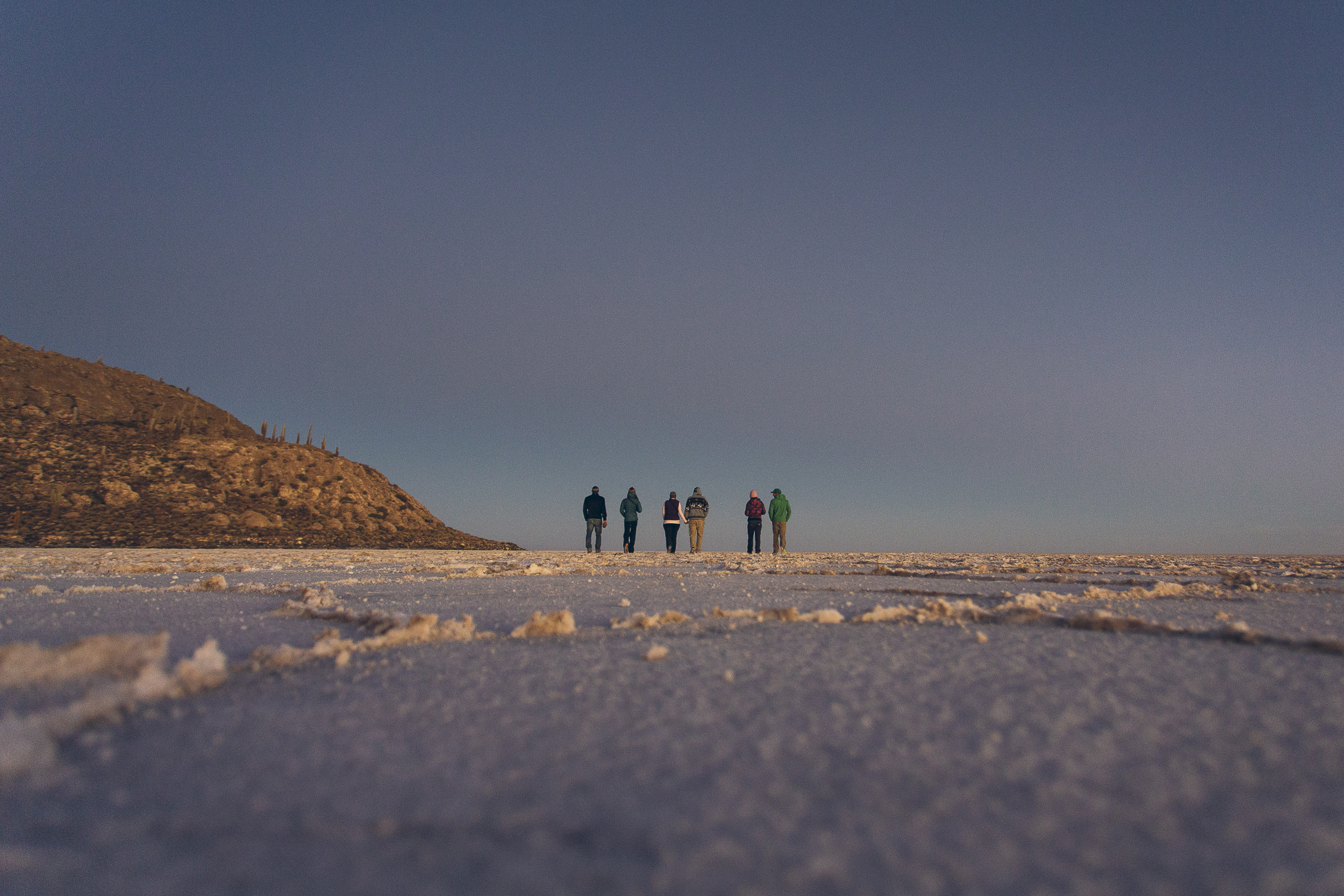 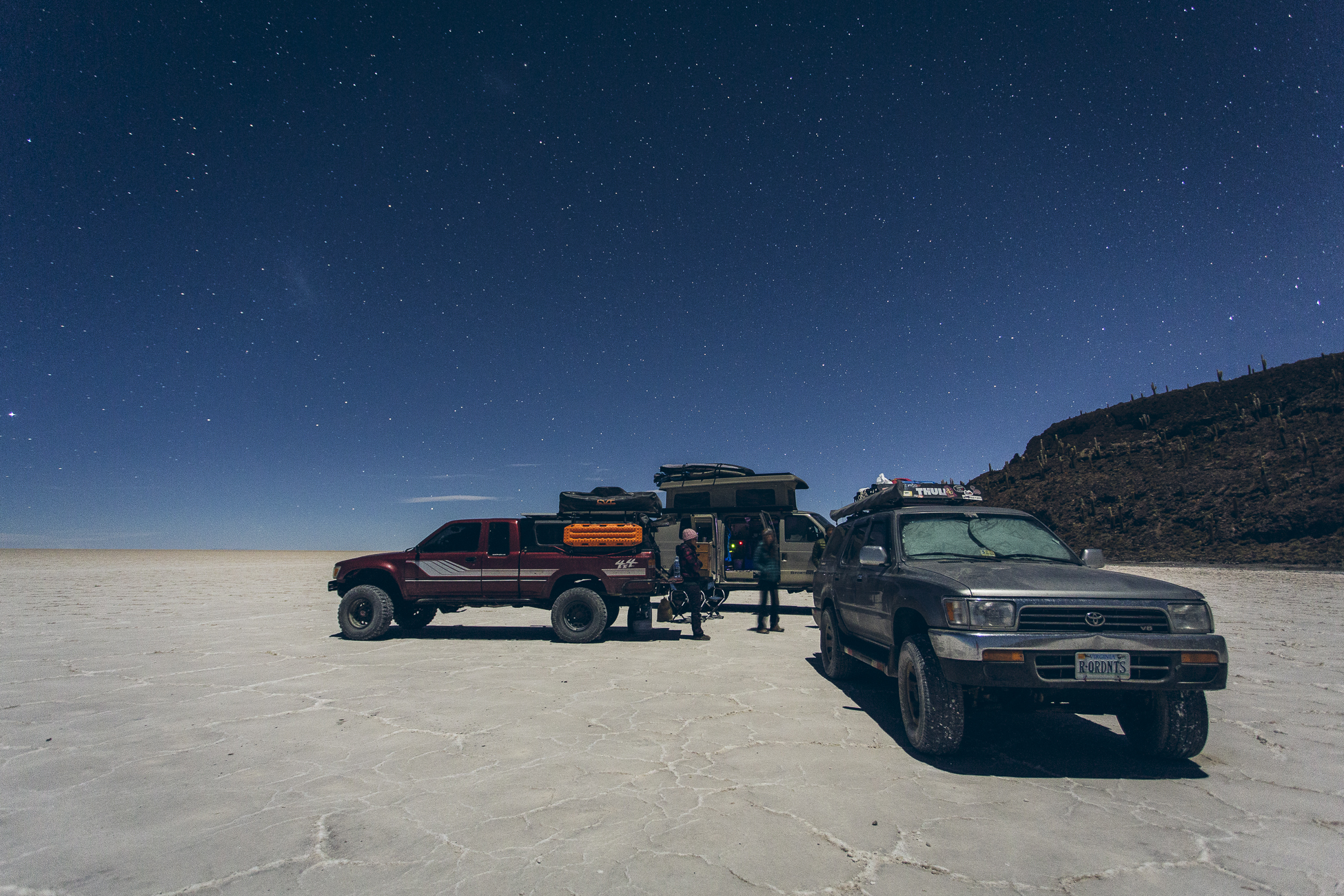 Our second day on the salt turned into a 6 person Burning Man. Music cranked out of the Sportsmobile, we enjoyed our fair share of Bolivian beer (Paceña), played Frisbee, got roasted by the sun, and played around with funny perspective photos.  If it wasn’t a perfect day on the road, it sure was close.

By the way, bring a ton of sunscreen, sunglasses, a hat, and SPF chapstick!  Temperatures climb during the day to around 30 degrees celsius and the sun is strong, especially with the reflection off the white ground.  Almost all of us had swollen, burnt cracked lips that took weeks to heal afterwards.  They were gross and slimy… but… #worthit! 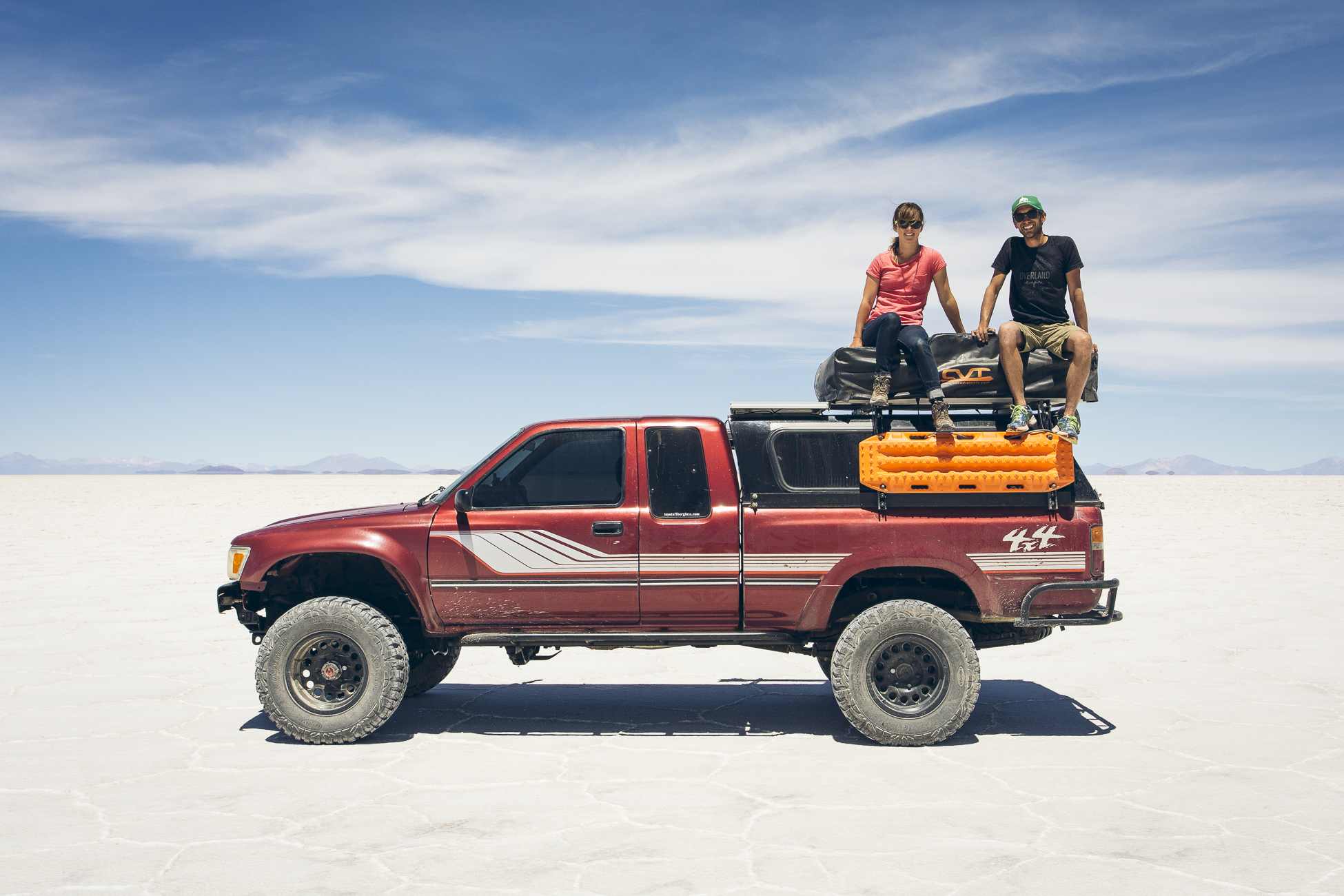 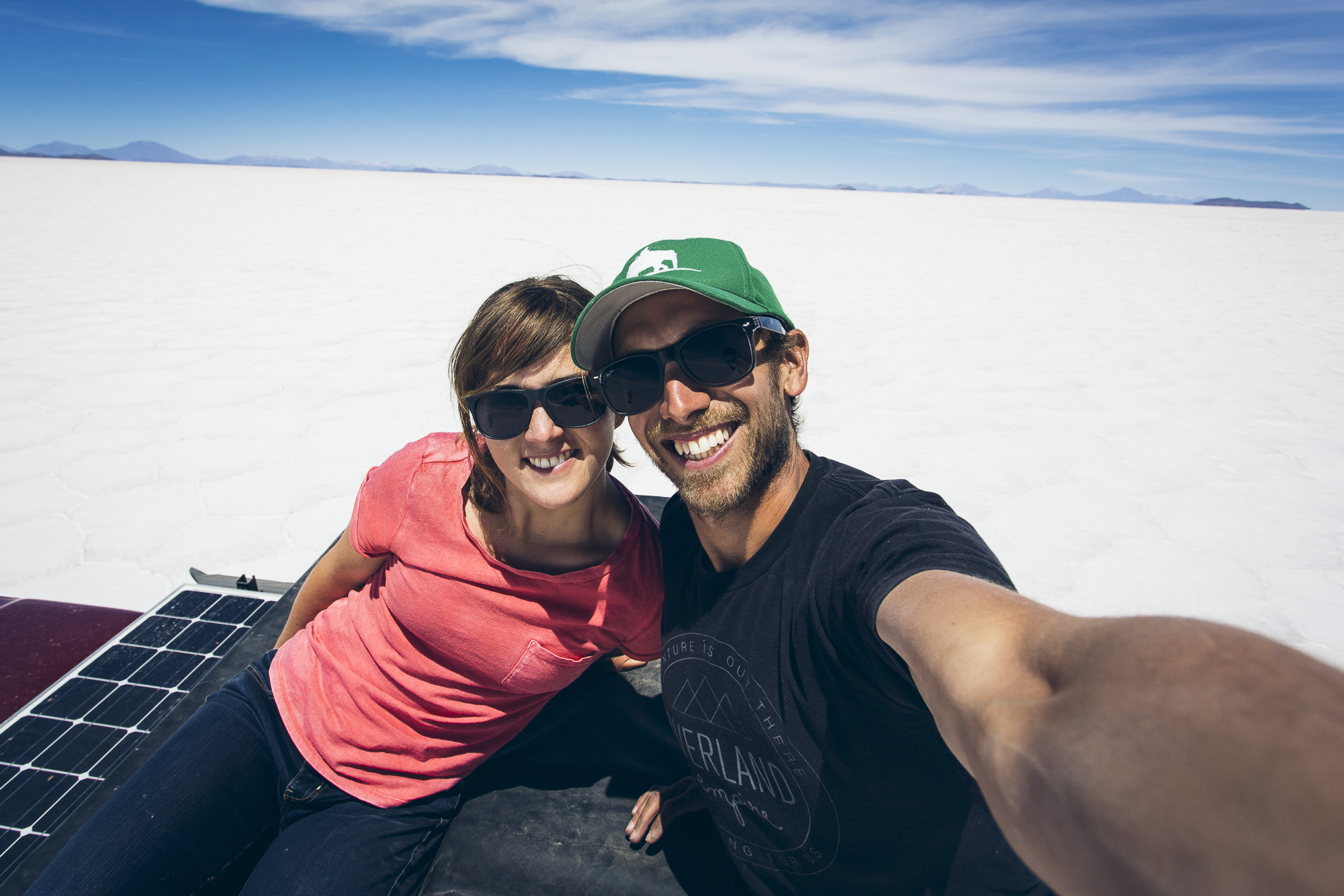 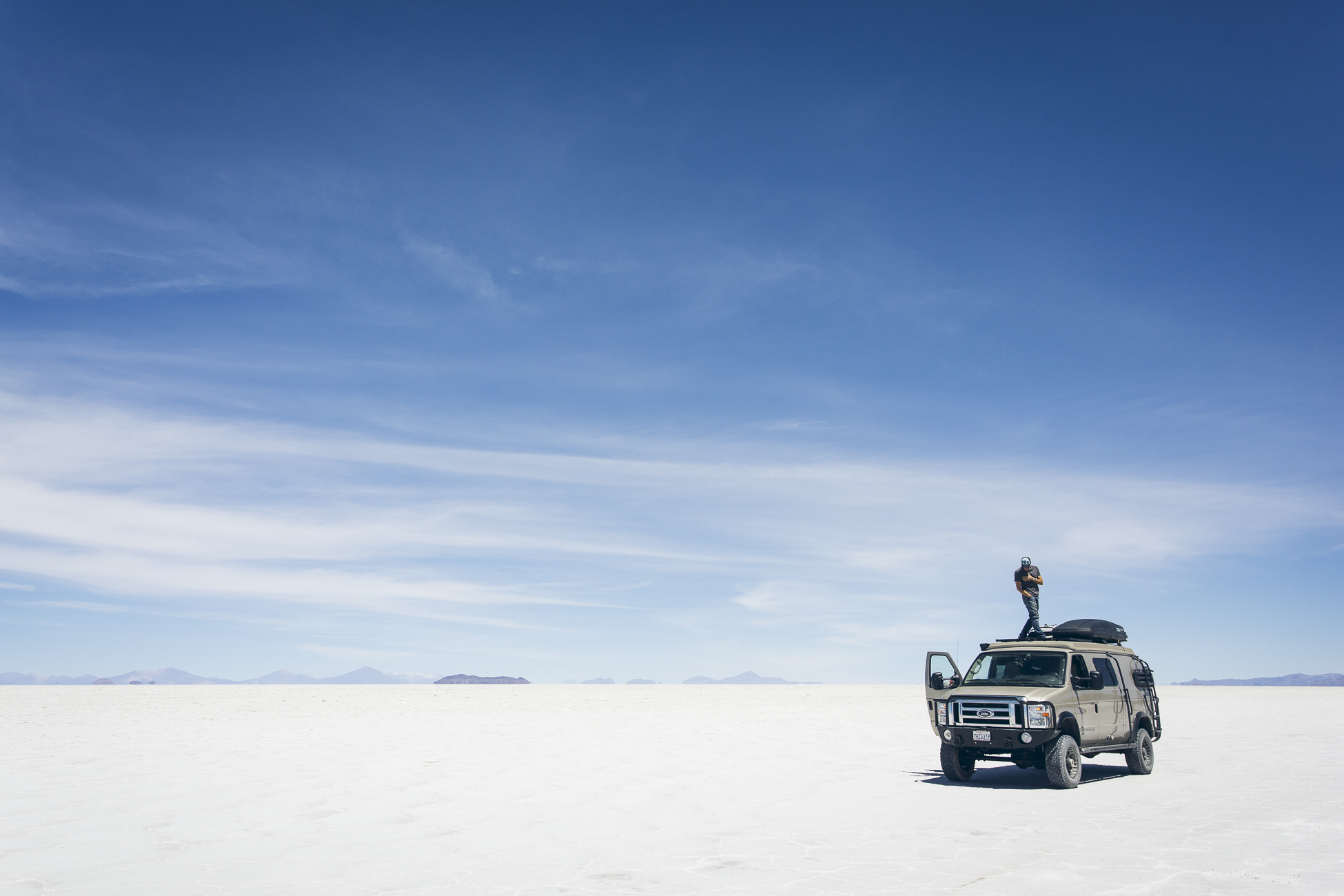 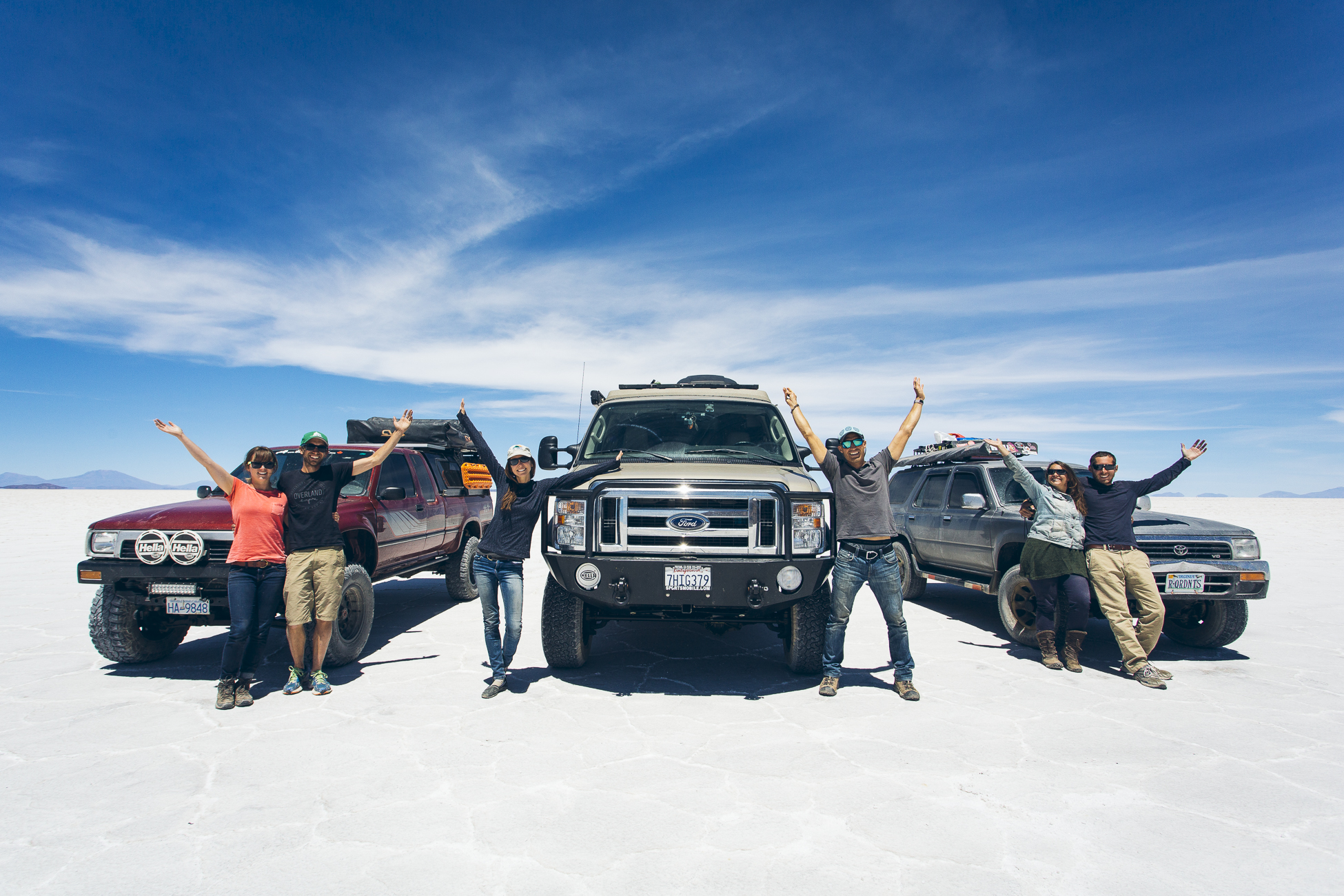 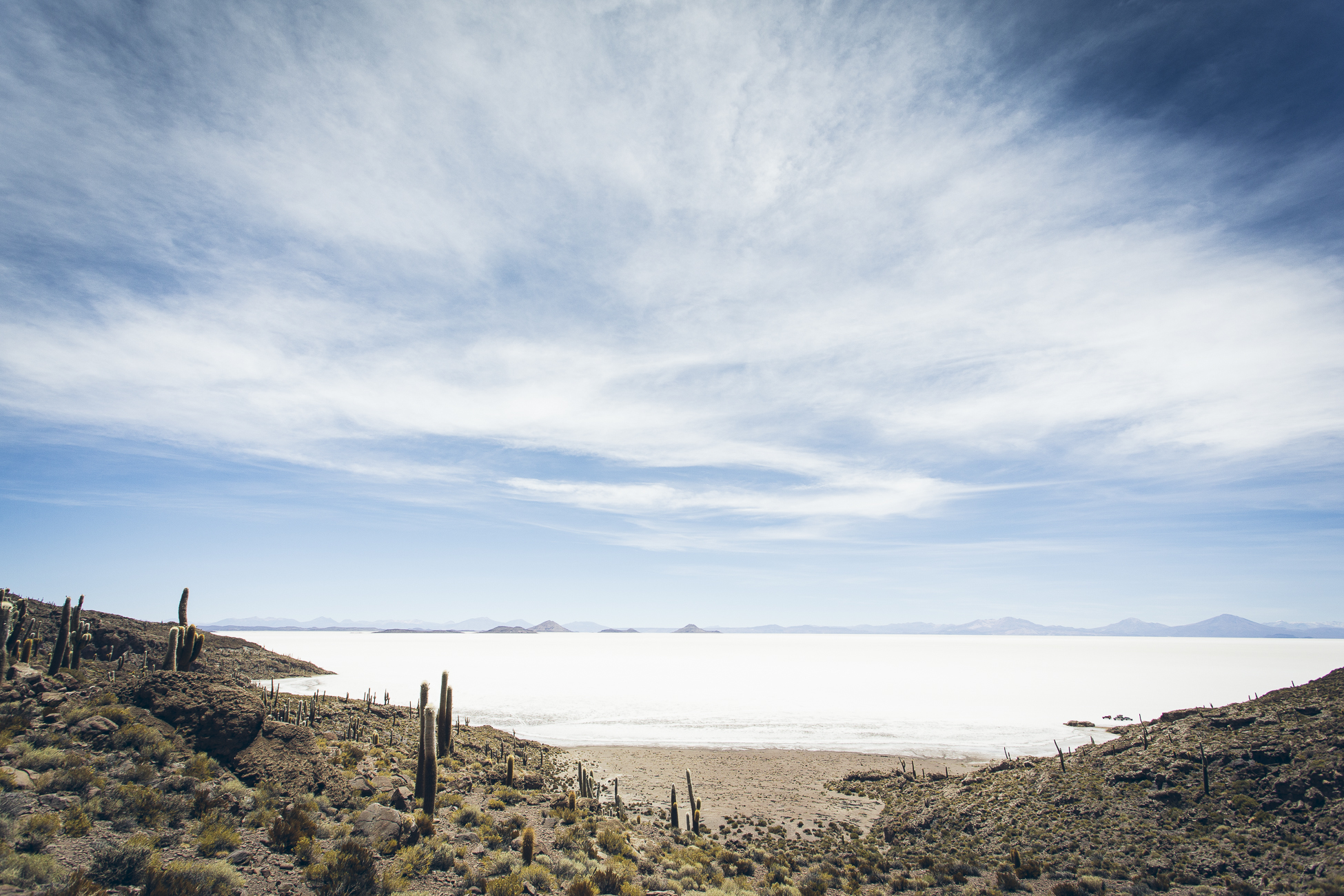 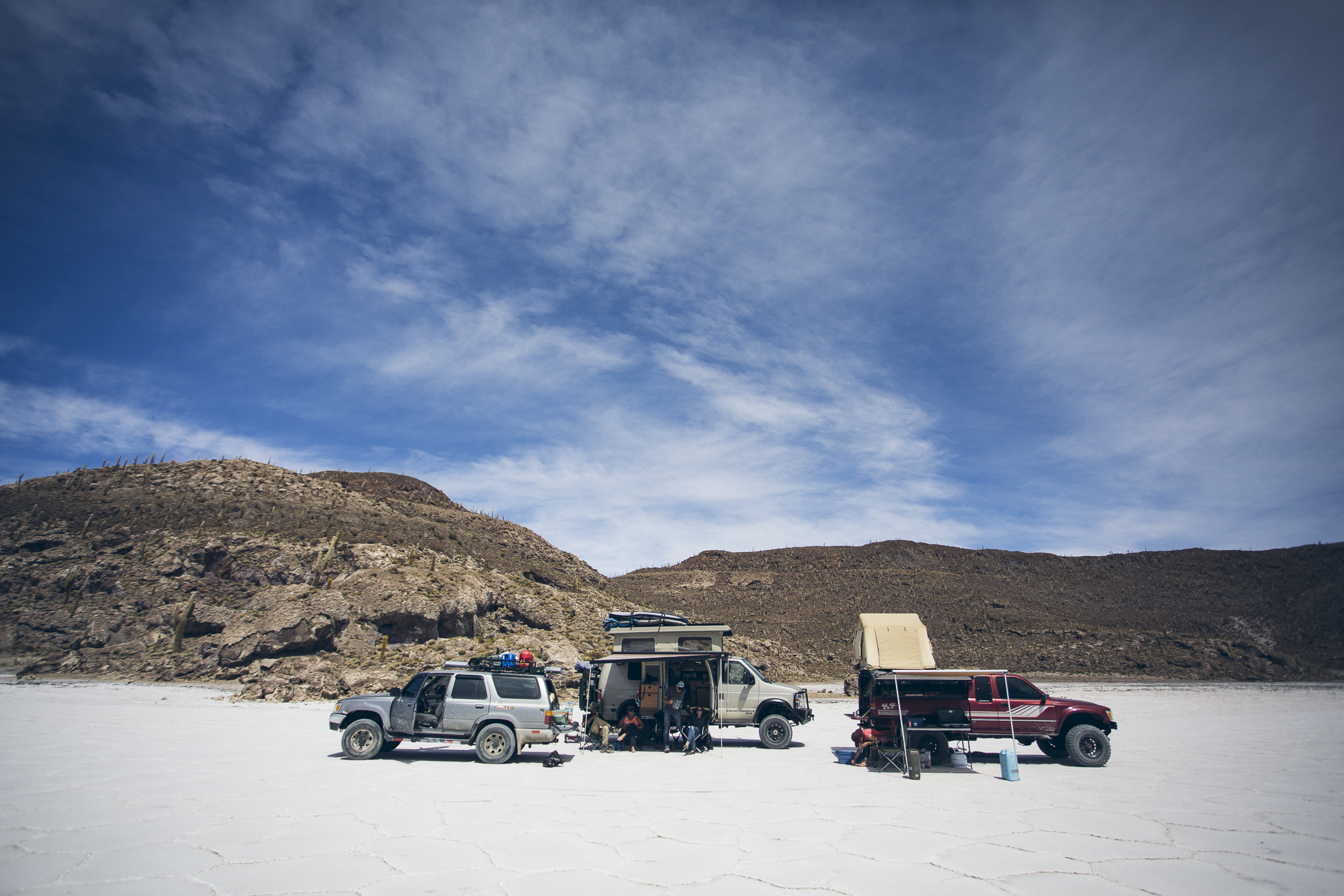 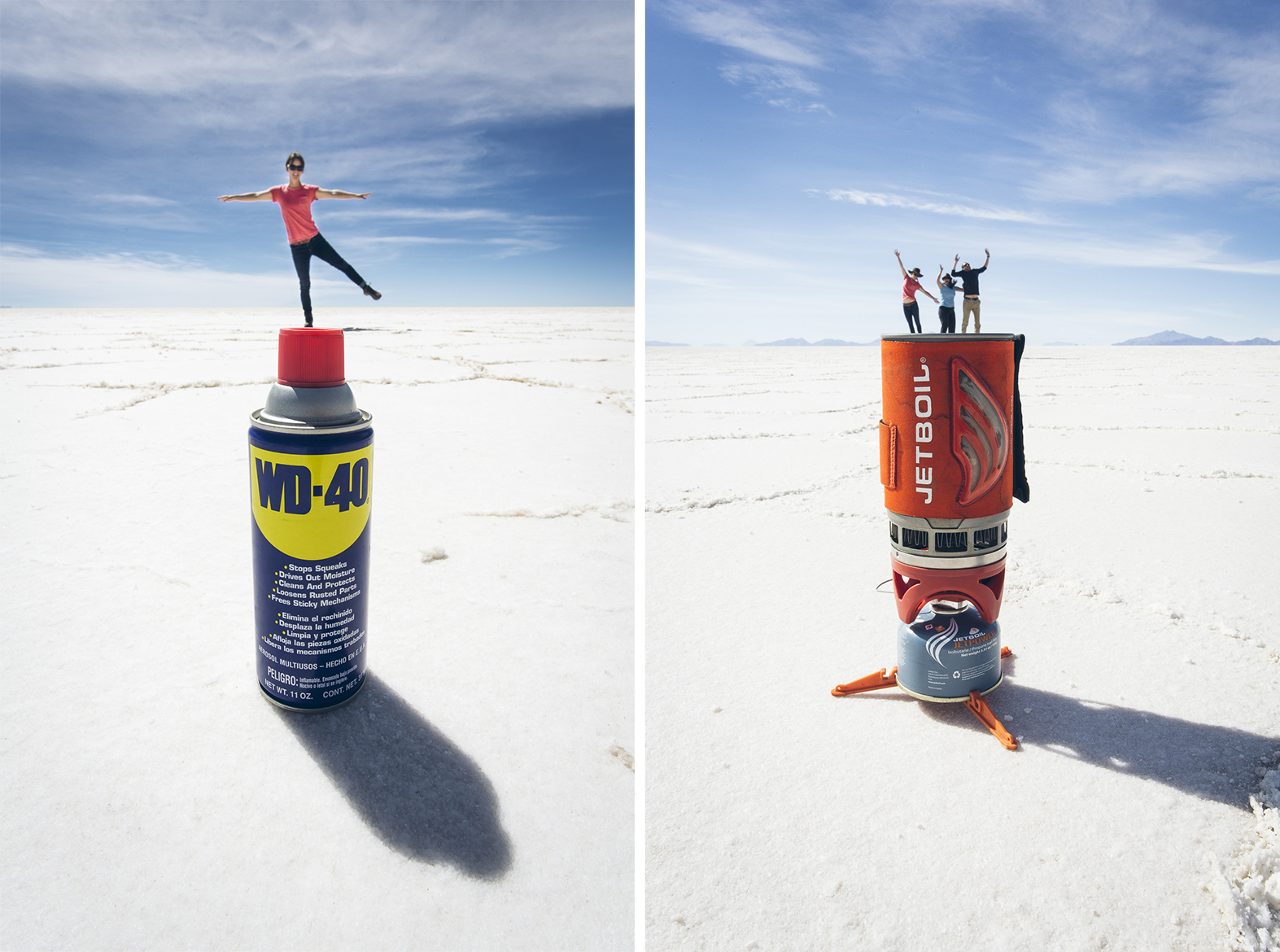 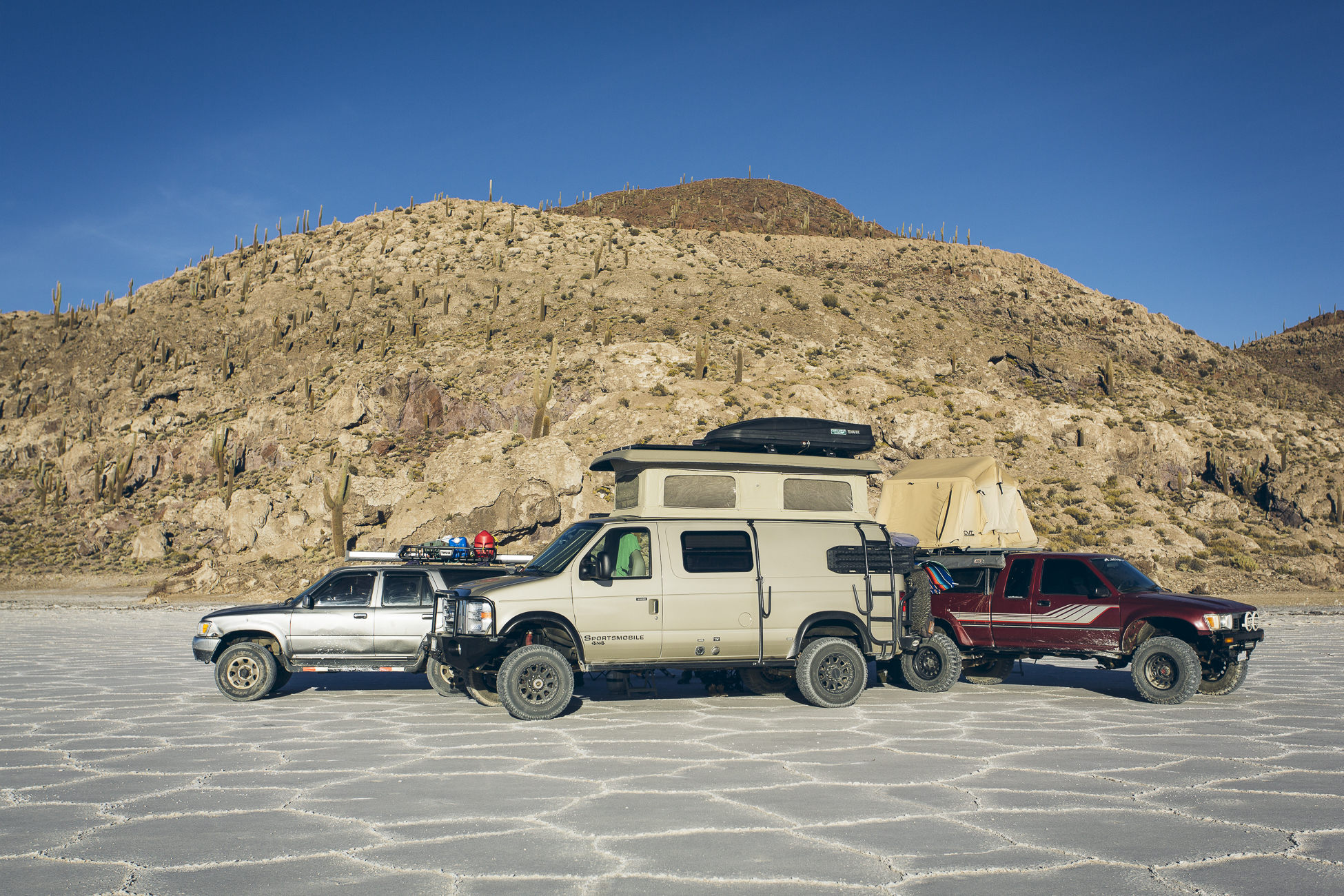 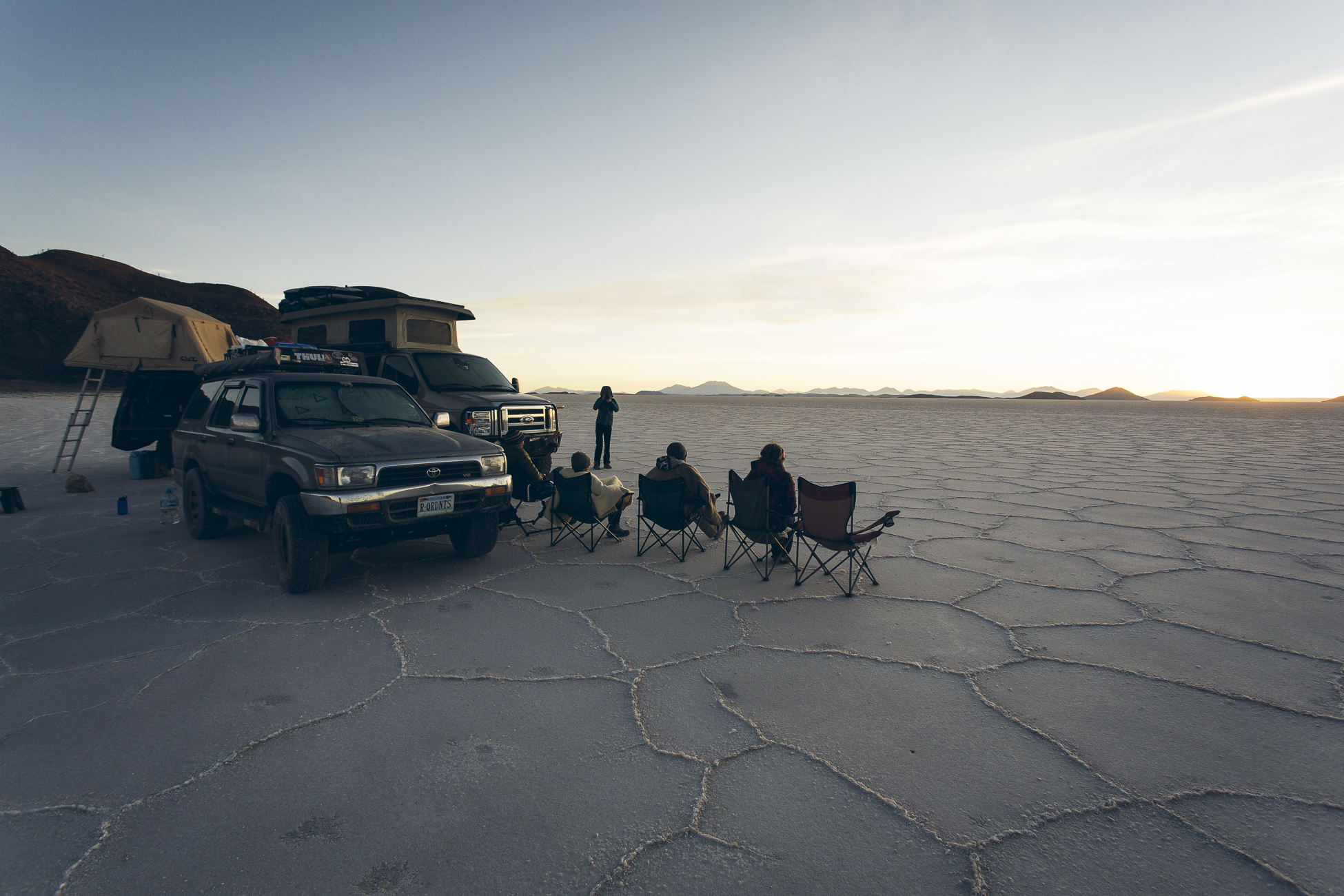 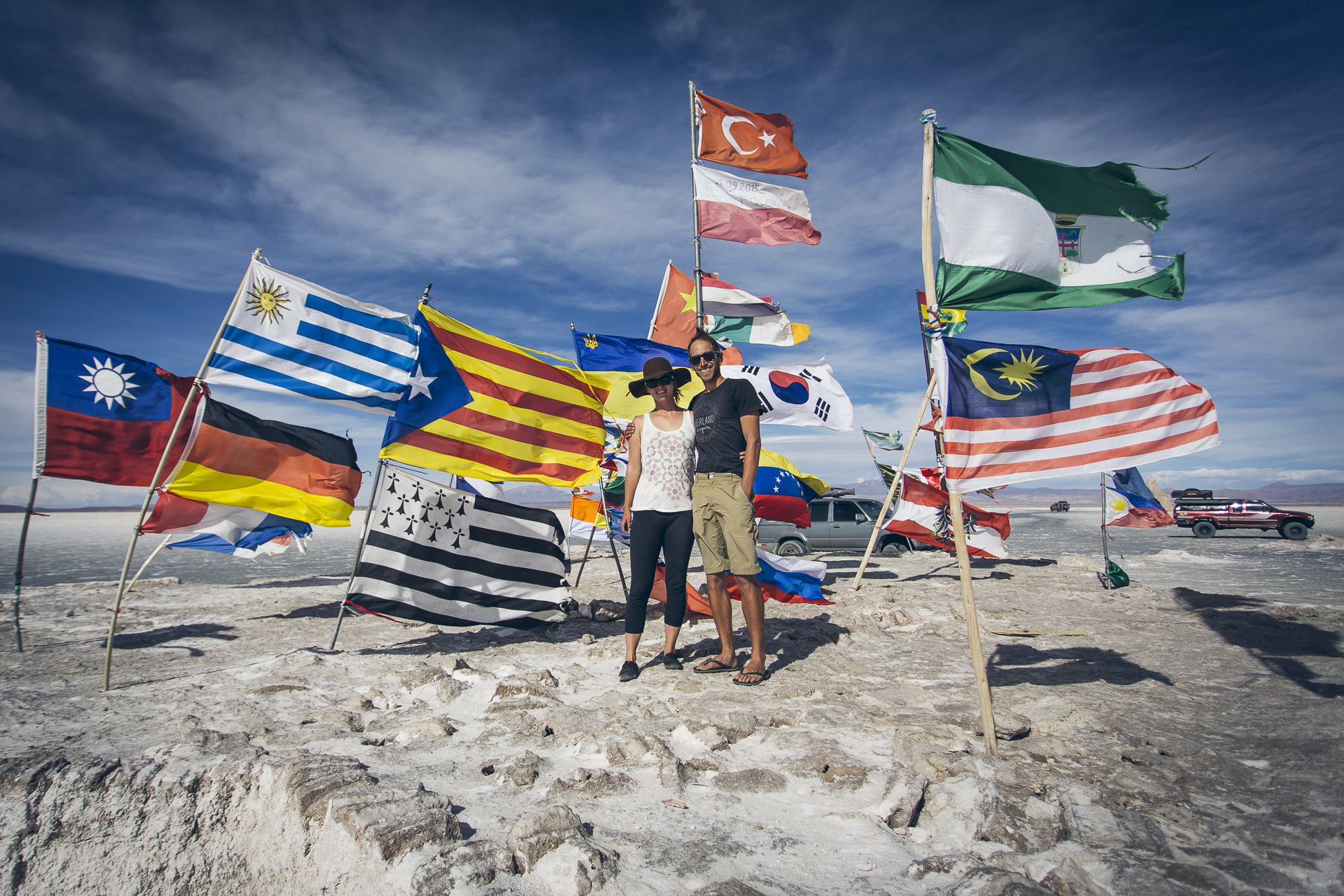 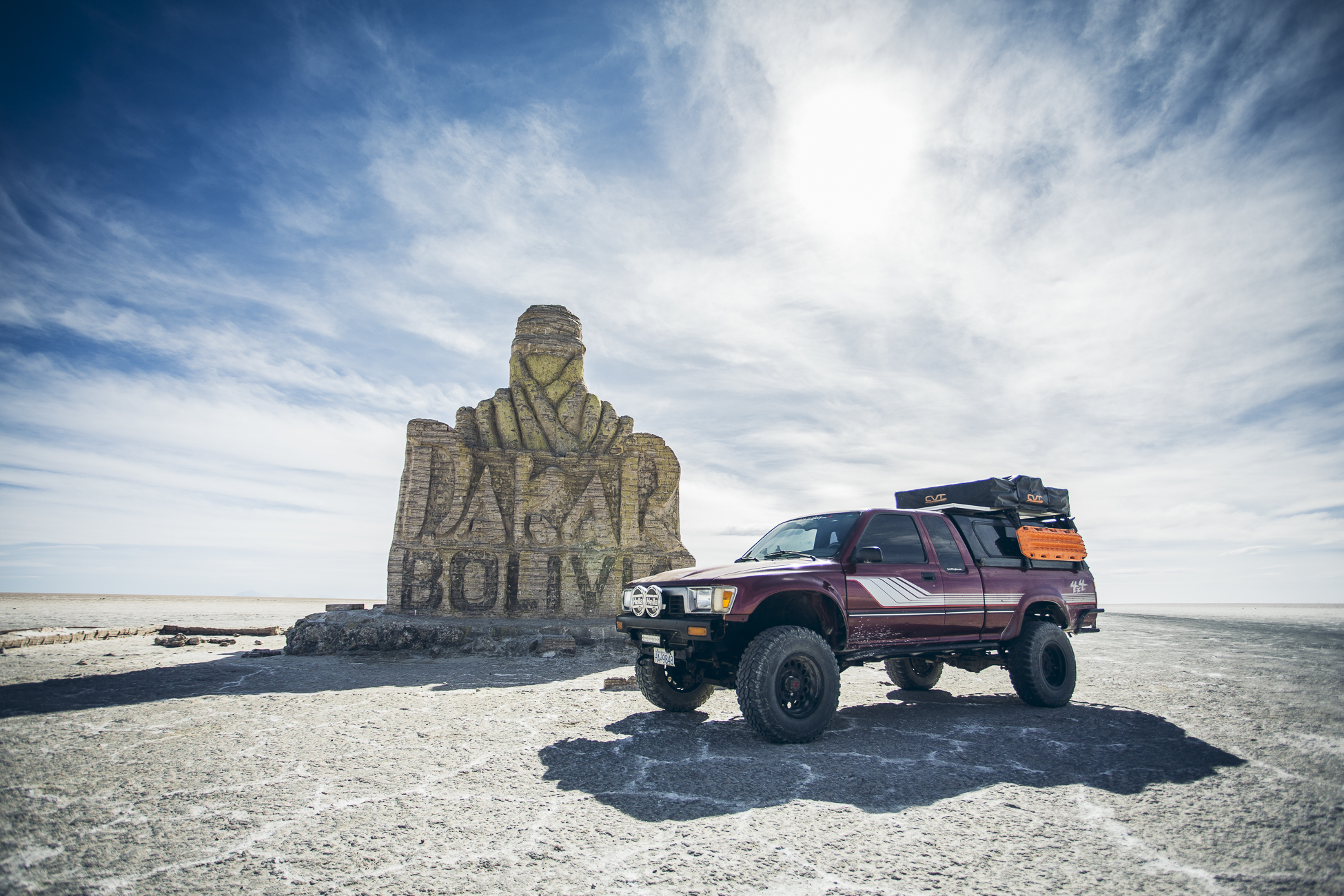