We headed out early and took highway MX3 from Ensenada towards San Felipe. The windy and potholed road took a few hours, but the scenery was epic once again.  We climbed the mountains through Oso Negro, paralleling part of the Baja 1000 racecourse, stopped at a couple of military border checkpoints, and pulled into San Felipe in the early afternoon.

We stayed at Kiki’s campground for a few nights.  We had okay wifi, great beaches, and only a short walk to the malecon for $12 per night.  Unfortunately our first experiences with fish tacos in San Felipe had us dreaming of the tacos at Taco Del Fenix in Ensenada… but then we hit the Malecon at night.  All four of us (yes, we’re still hanging out with Erica and Sam!) left our cameras and iPhones at the campsite so our epic meal went undocumented, but let me express to you that it was indeed epic.  Here’s a reminder:  Never follow the tourists and always follow the locals.

We agreed after this street cart that we will only ever eat in a restaurant if entirely unavoidable.  The fresh meat with freshly prepared salsas and pickled veggies had us forgetting about our less than ideal fish tacos at the gringo-frequented ahem…RiceandBeans…ahem.

The chicken tacos were great, but the tacos al pastor were out of this world.

1x Corn on the cob

This is not your grandma’s corn on the cob.  This bad boy is covered in butter, salt, cheese, and chilis.

How can deepfried batter covered in sugar and cinnamon not be good? 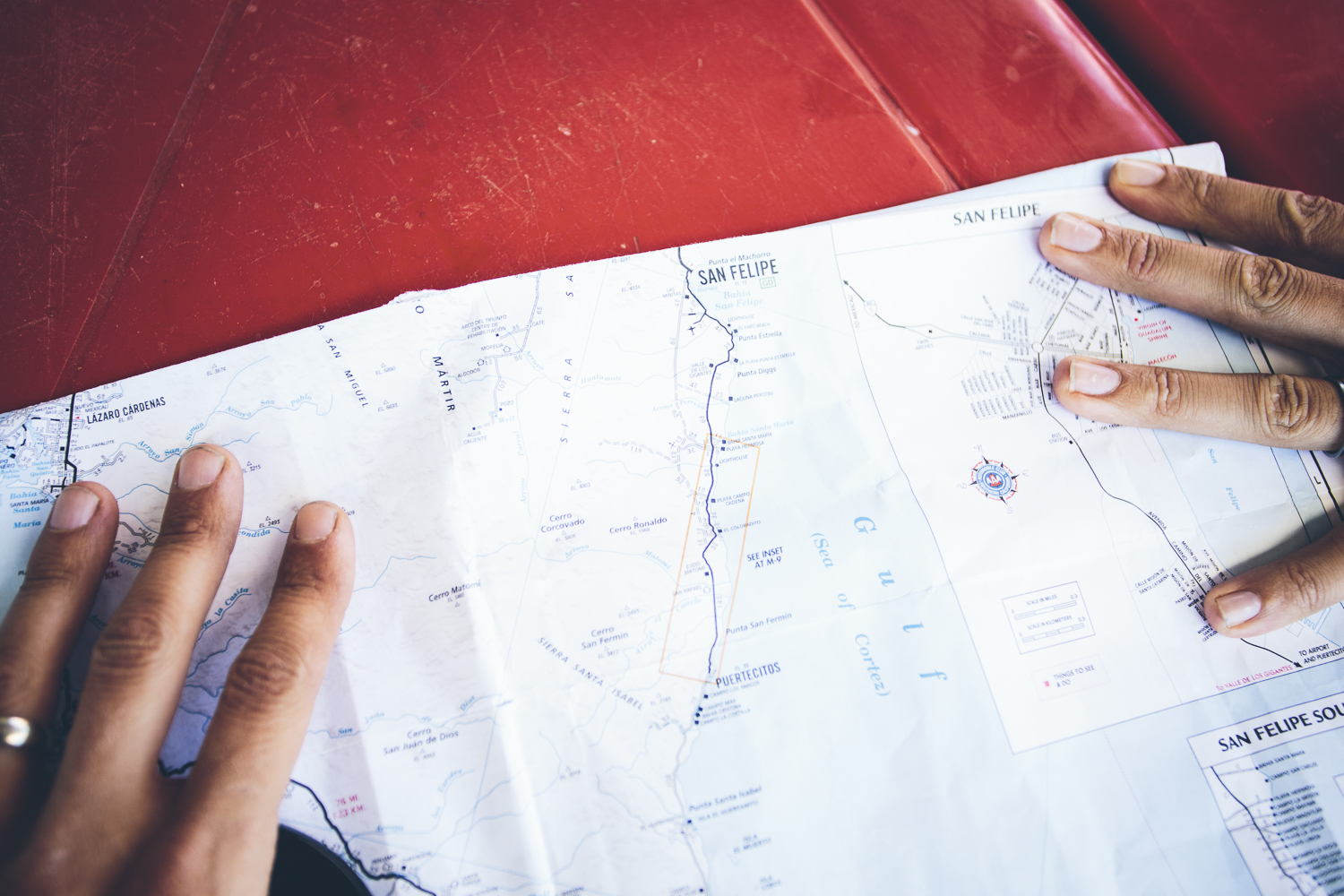 Our first round of fish tacos on the malecon in San Felipe. 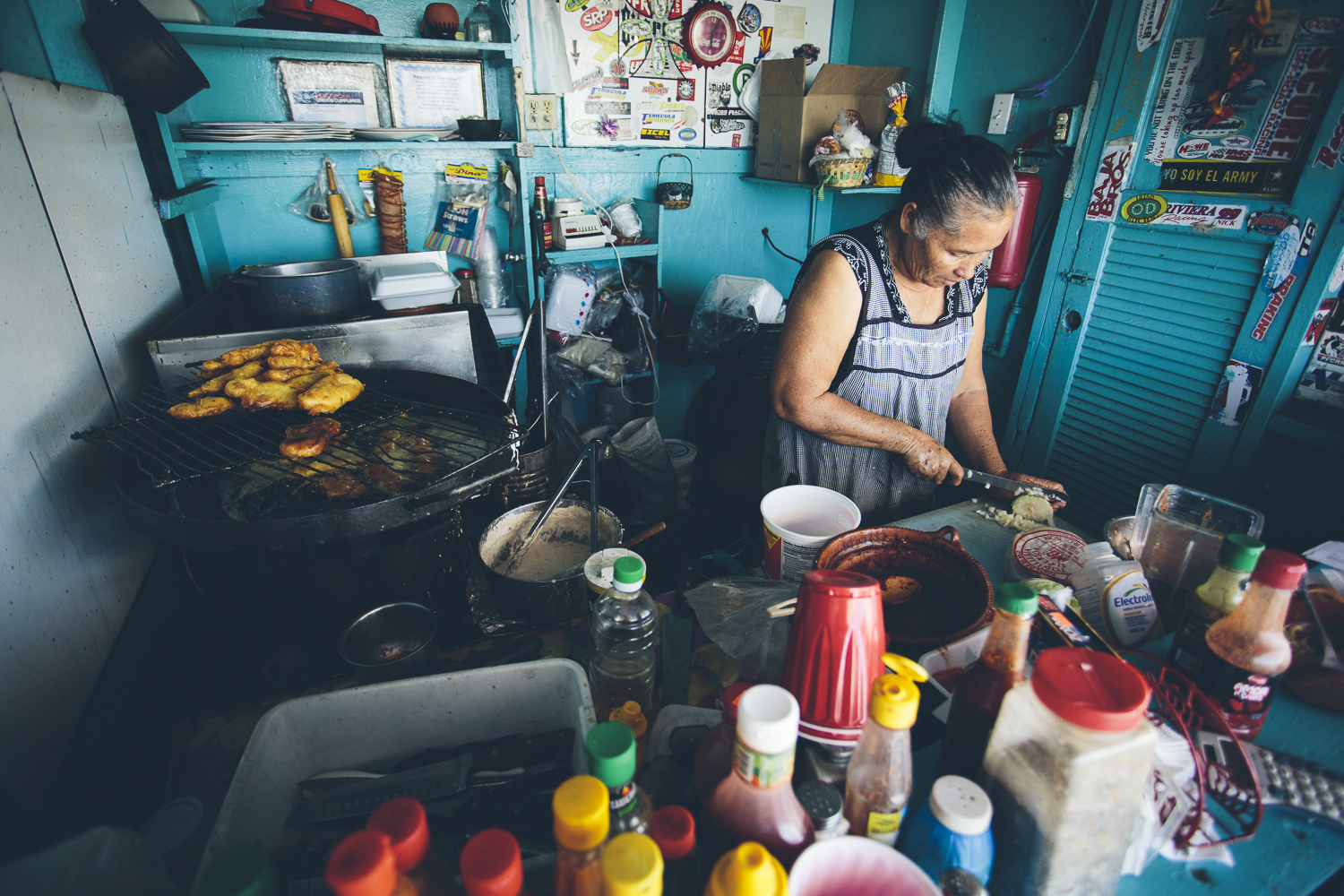 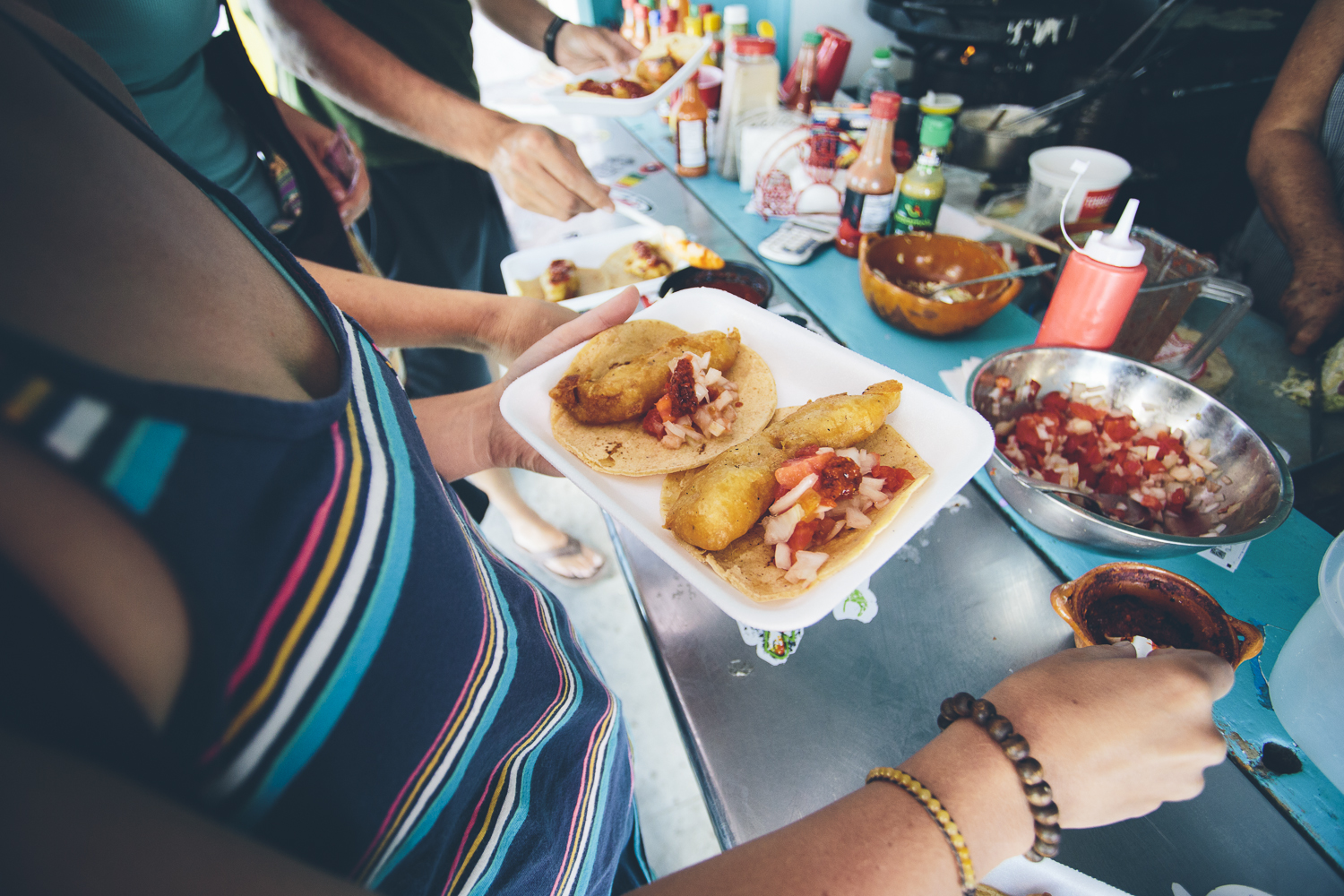 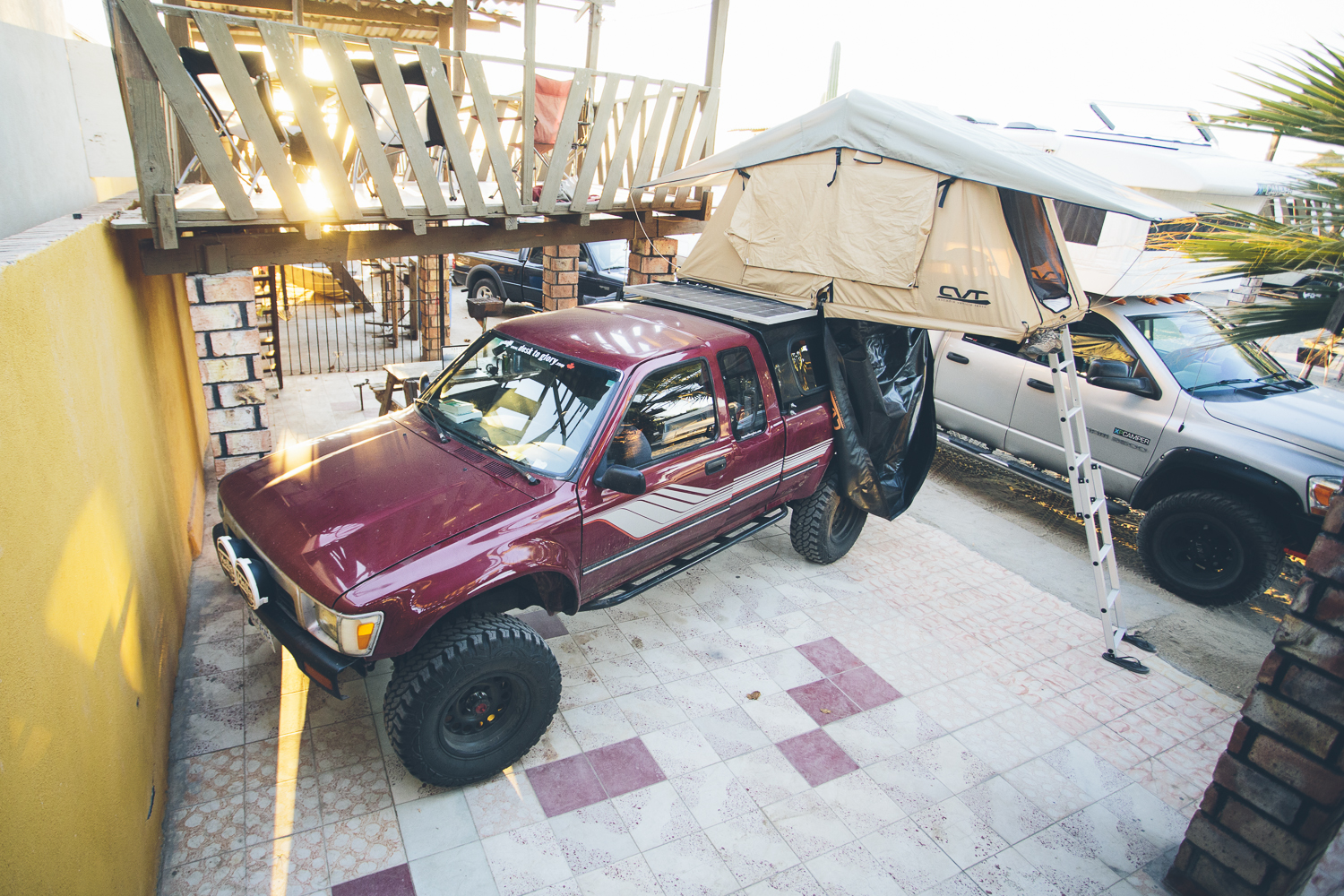 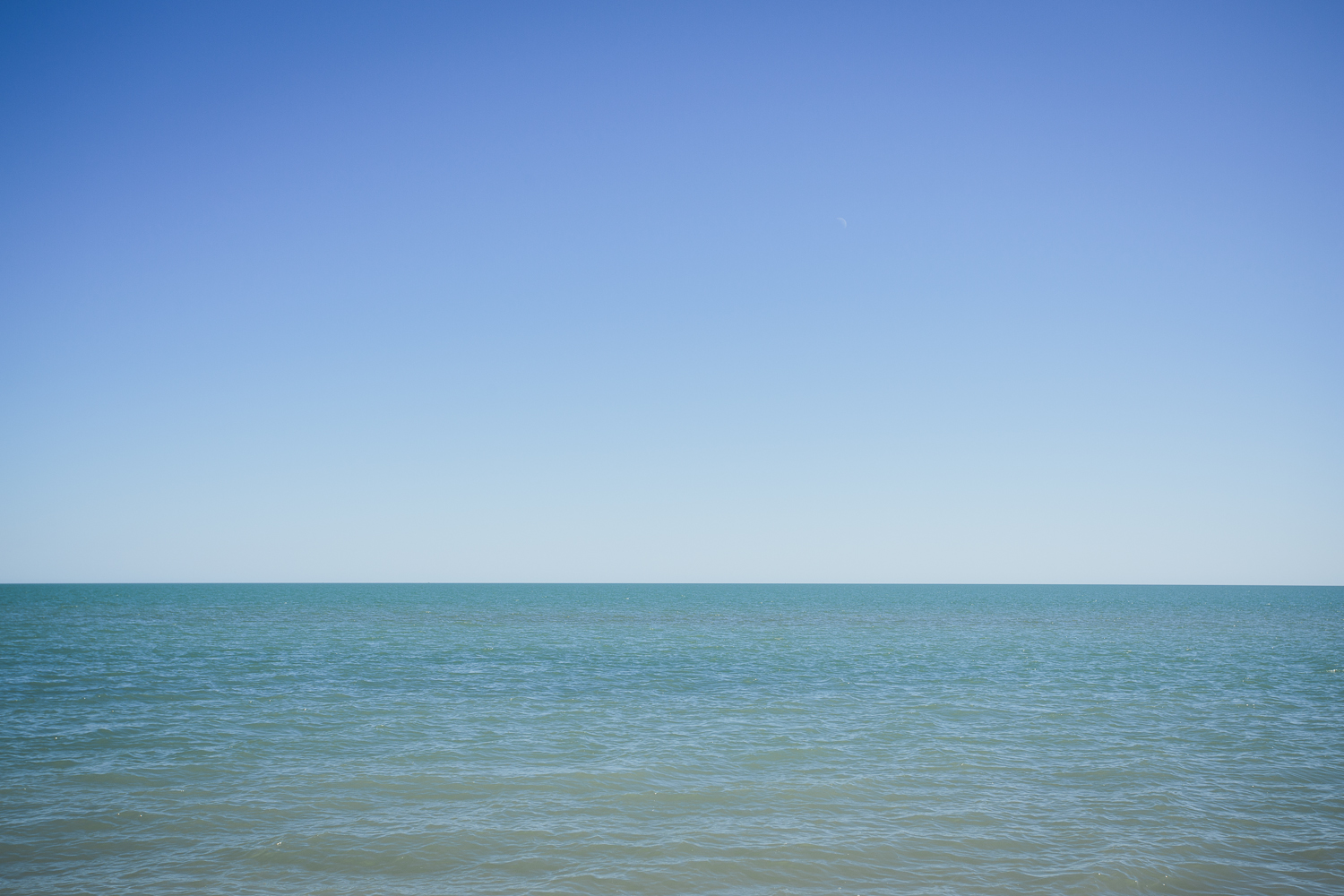 The prerun buggies and trucks stopping in San Felipe for lunch. 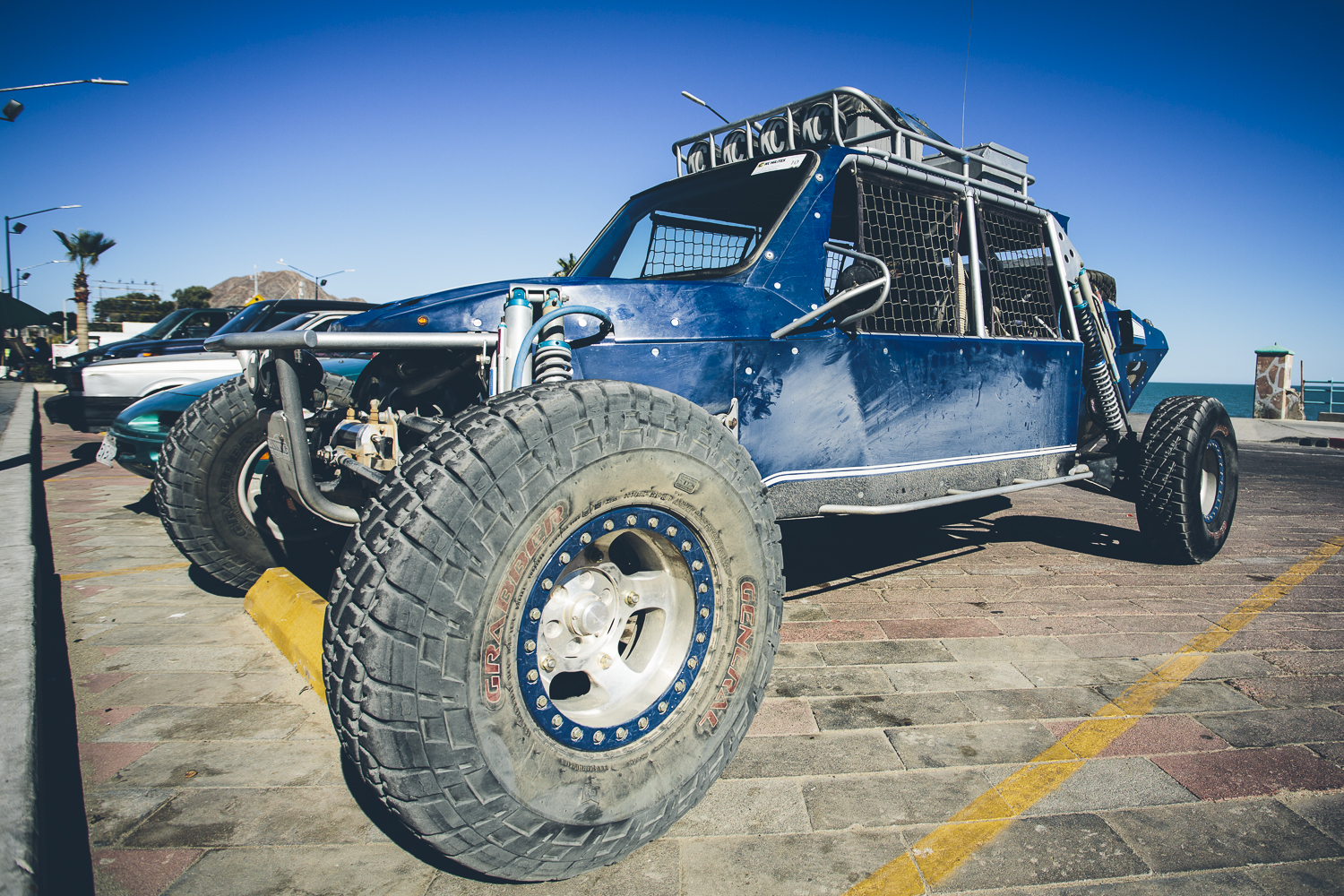 Yoga on the beach. 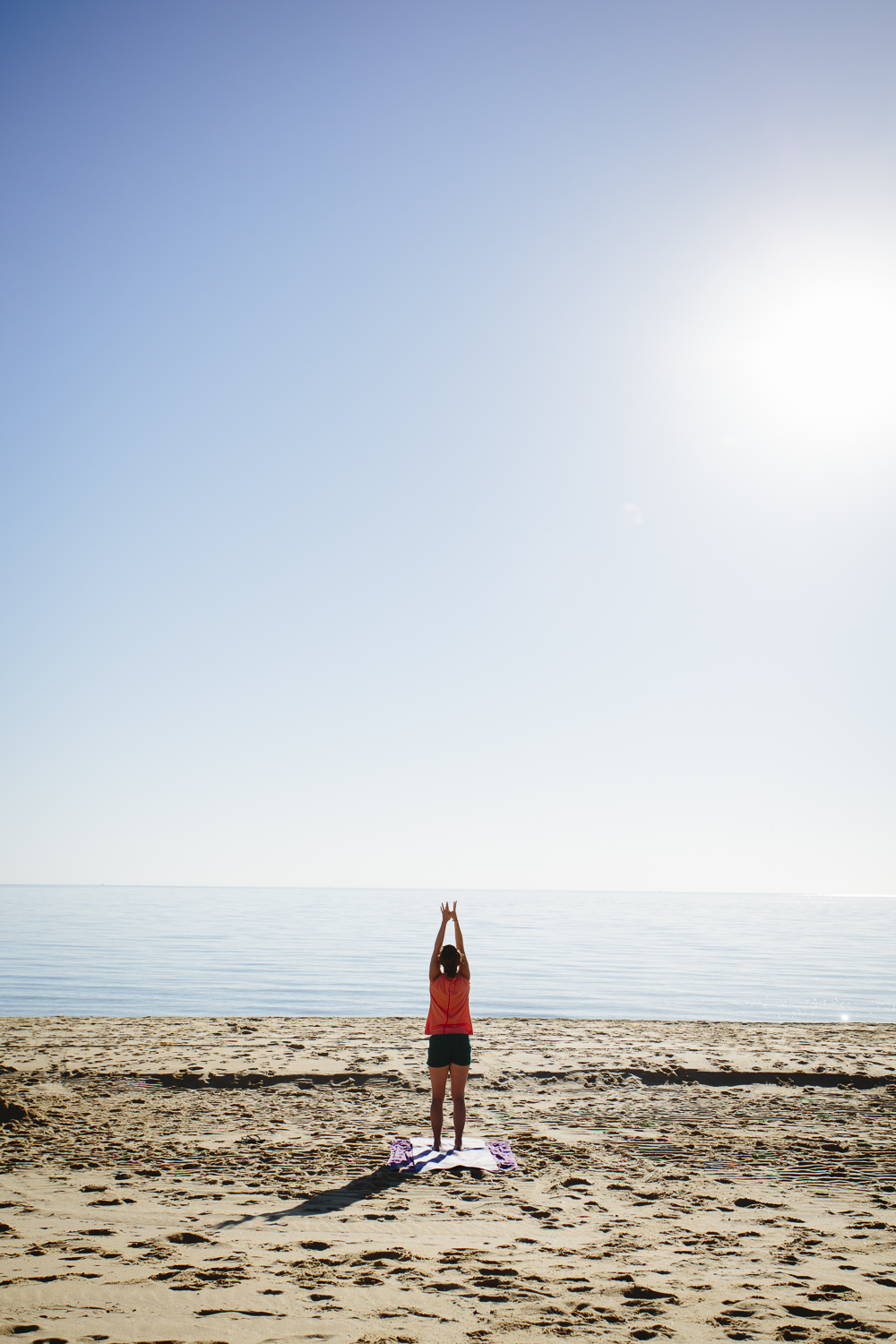 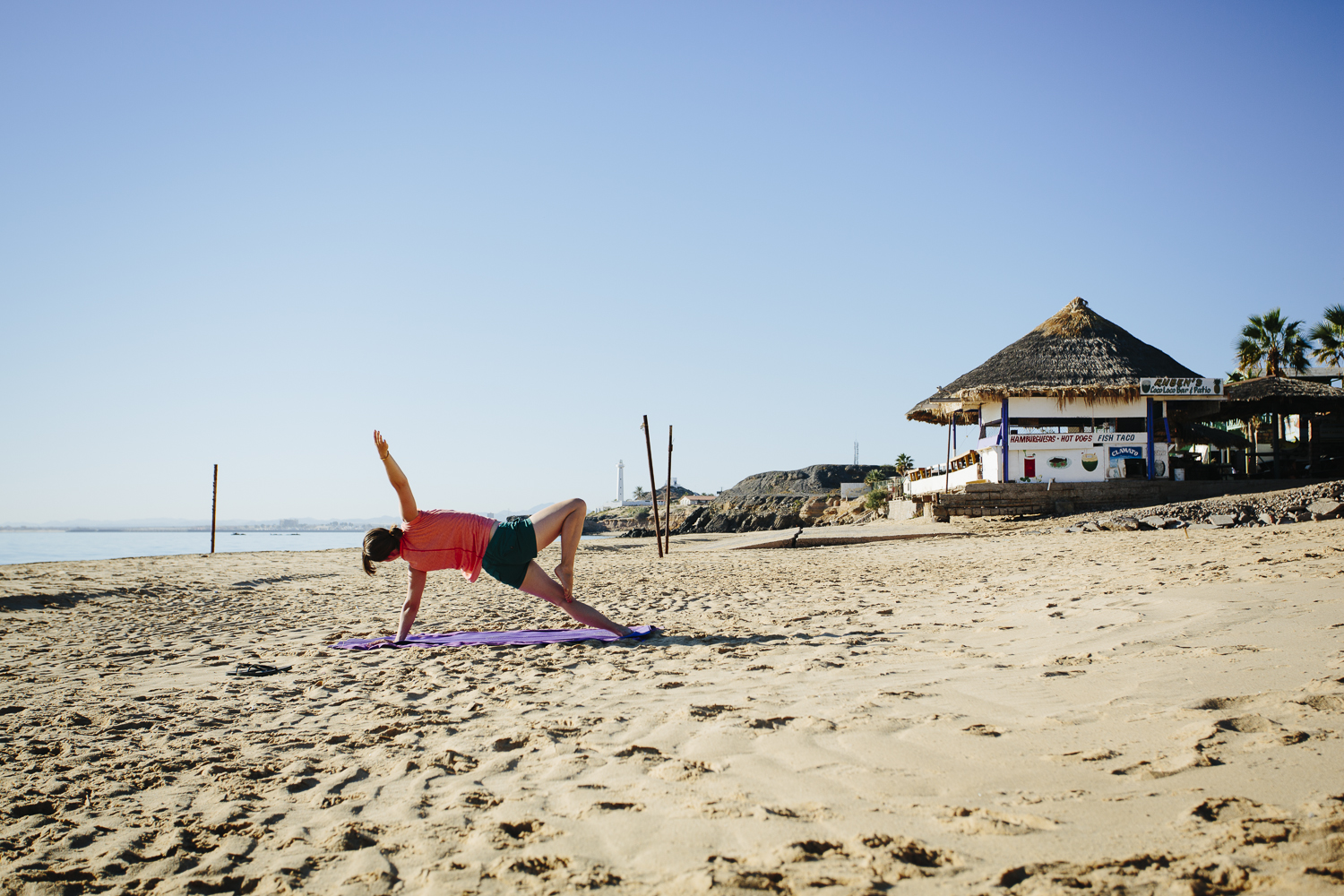