You see Colombian police everywhere on the side of the road. Every couple of long driving days we end up being pulled over. Normally they ask us where we’re going and where we are from. Sometimes they ask us for documents, but many times they just ask how we’re doing, shake our hands, and let us continue along our way. I guess we look like nice Canadian kids.

On our way to Tatacoa we were pulled over and went through the motions with two policemen. This time they were even more friendly and professional than usual (maybe our Spanish is getting better and they’re becoming less frustrated with us).   They handed our documents back to us and shook Richard’s hand again. At this point the truck was fired back up and in gear. Then out of nowhere some other cop shows up and points at the front tire.

“Infraction! Do you know what that means?” He says very seriously without a hello and definitely no handshake.

“ No entiendo.” Richard replys. This made the first two cops laugh since all of a sudden he didn’t understand a lick of Spanish when 2 minutes ago he was at least faking it.

“No se… I don’t know… no entiendo… I don’t understand…” Richard says, to more laughs from the first two guys. Obviously they weren’t in on the plan here.

“No quiero pagar hoy, muchas gracias, adios, chau!” Richard calls out the window as we drive away. Once again, the first two cops laugh and wave goodbye as their dejected third wheel missed out on his bribe opportunity and sulks away. He must have forgotten the first rule of bribes. Make sure to keep a passport or drivers license as collateral.

After those shenanigans we continued our way to Tatacoa.  After hours and hours of driving on pavement it was great to finally feel some dirt under the tires. 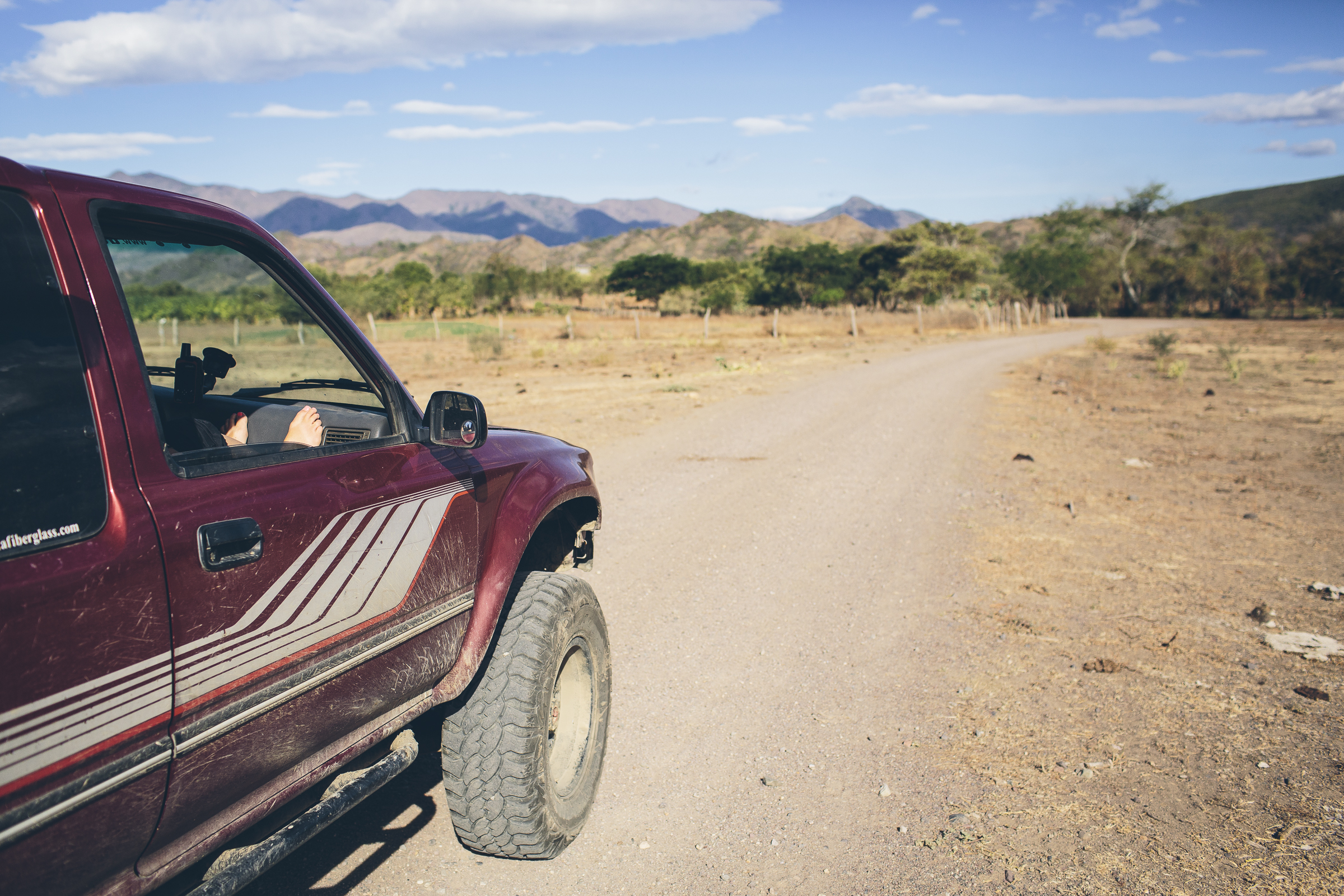 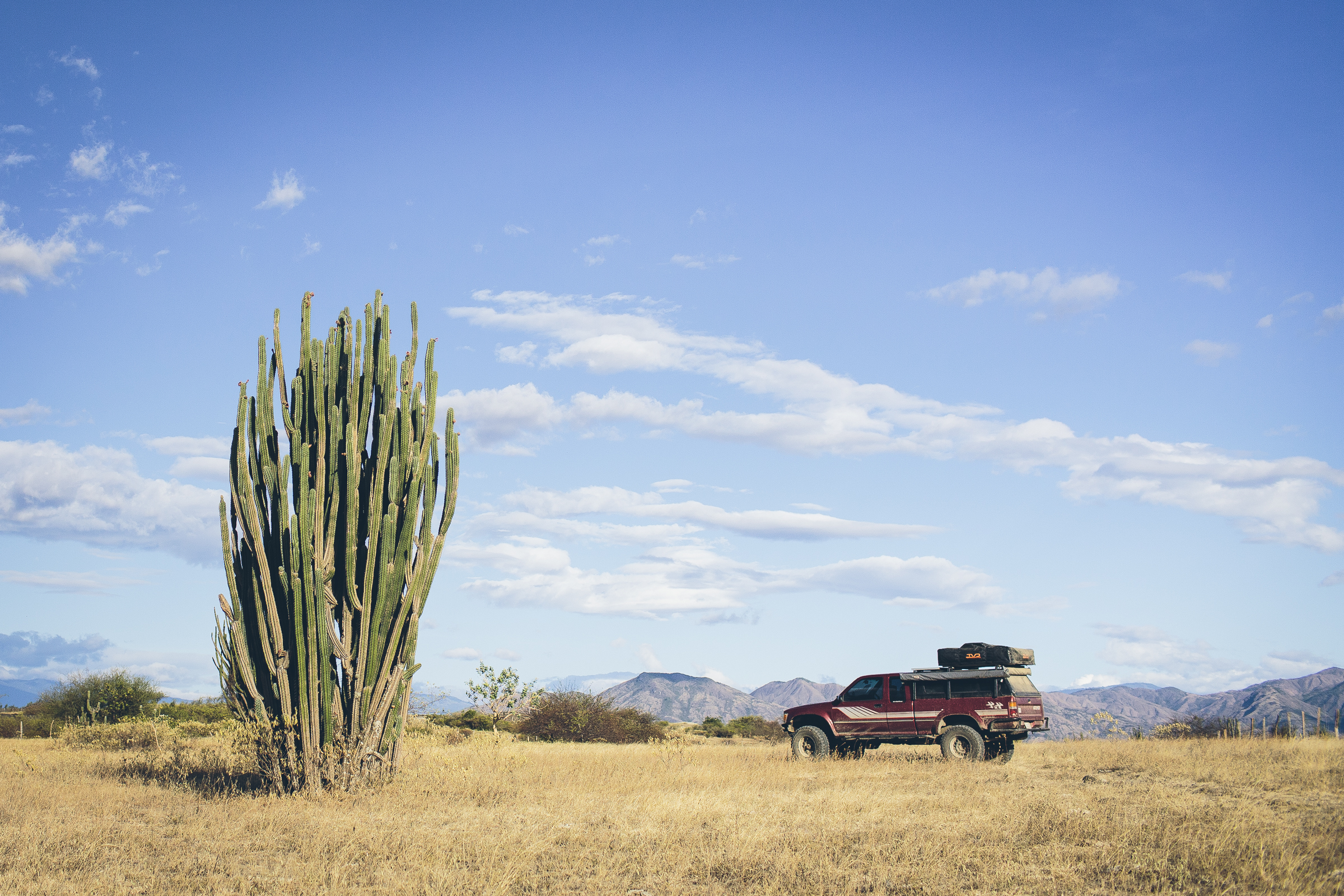 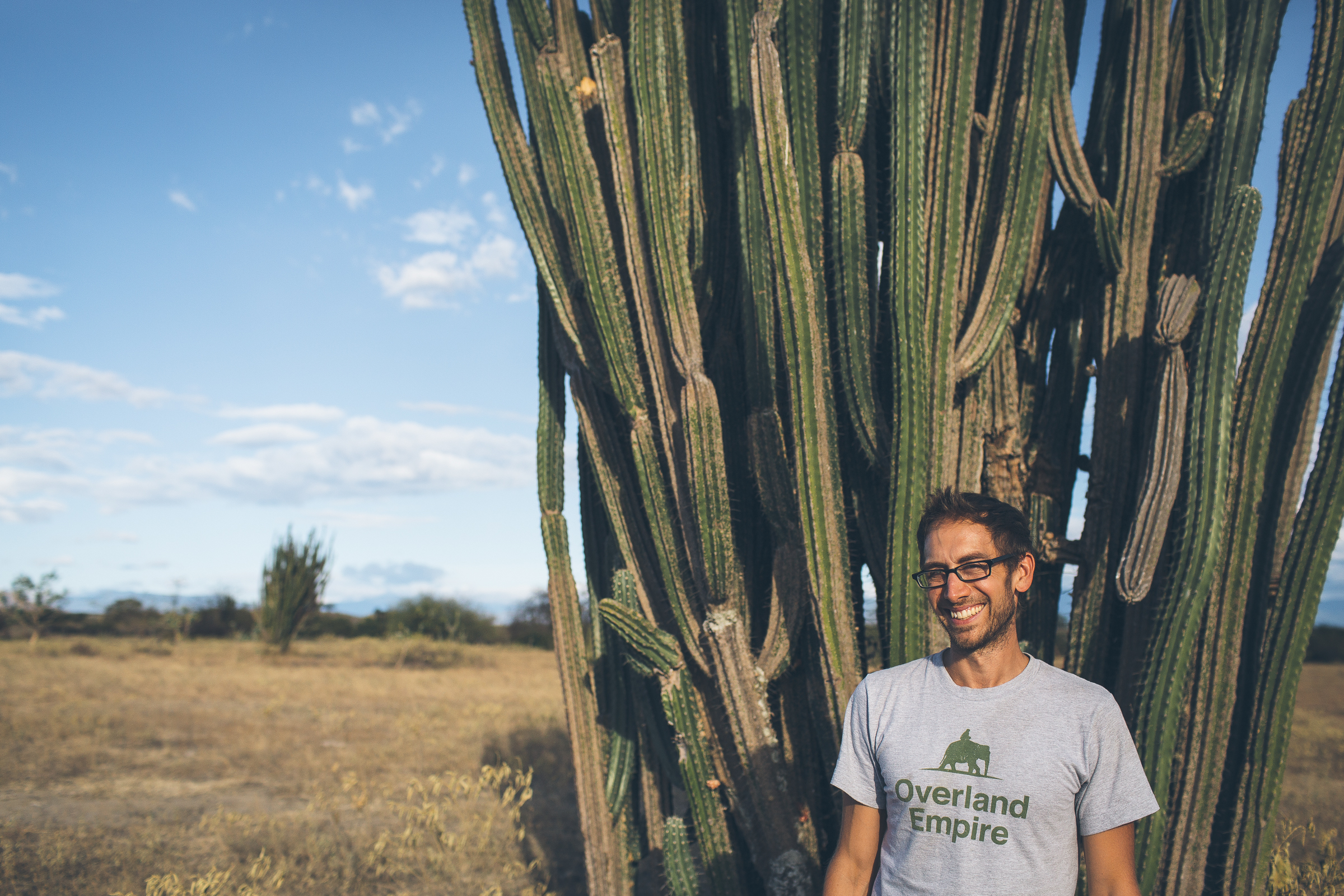 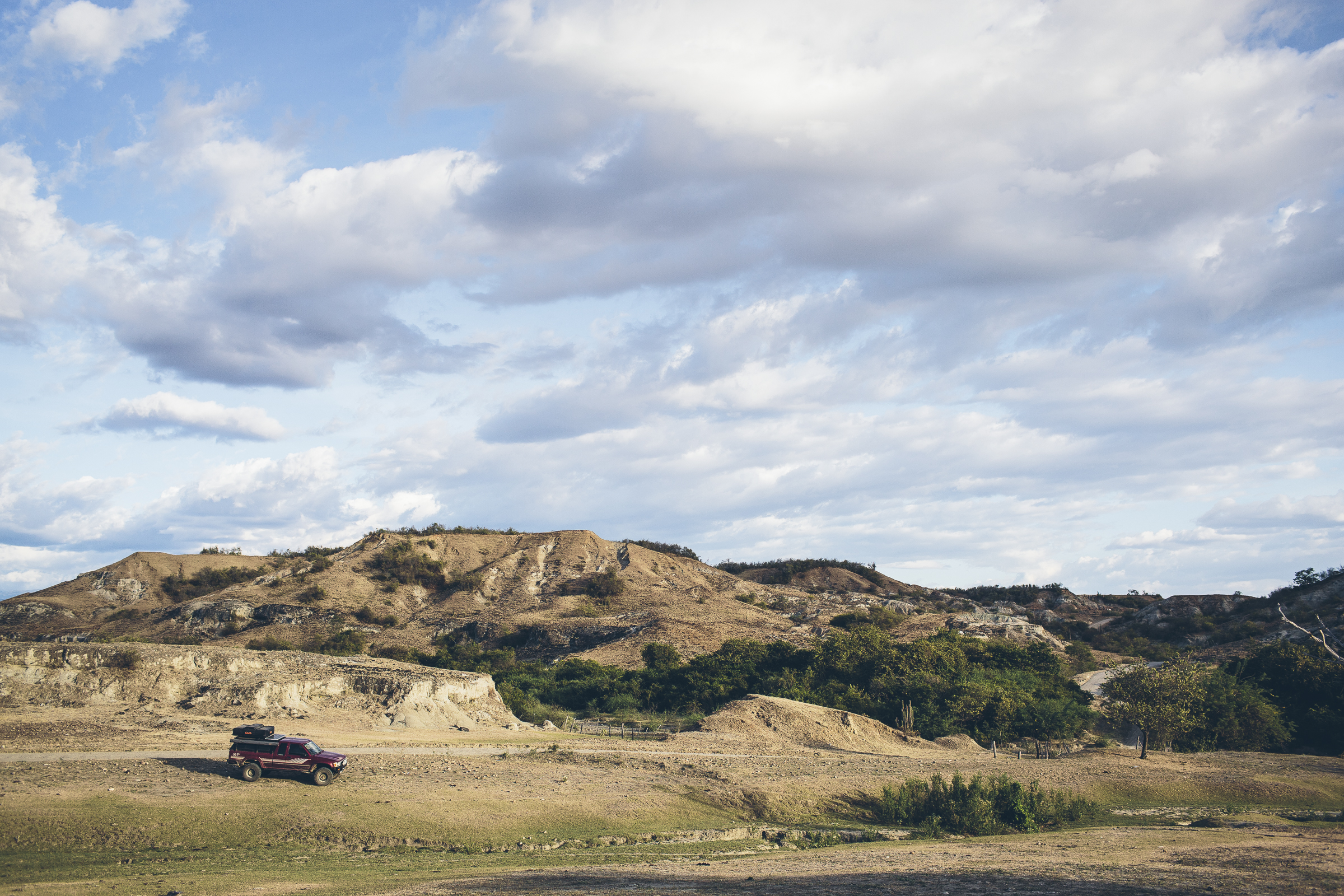 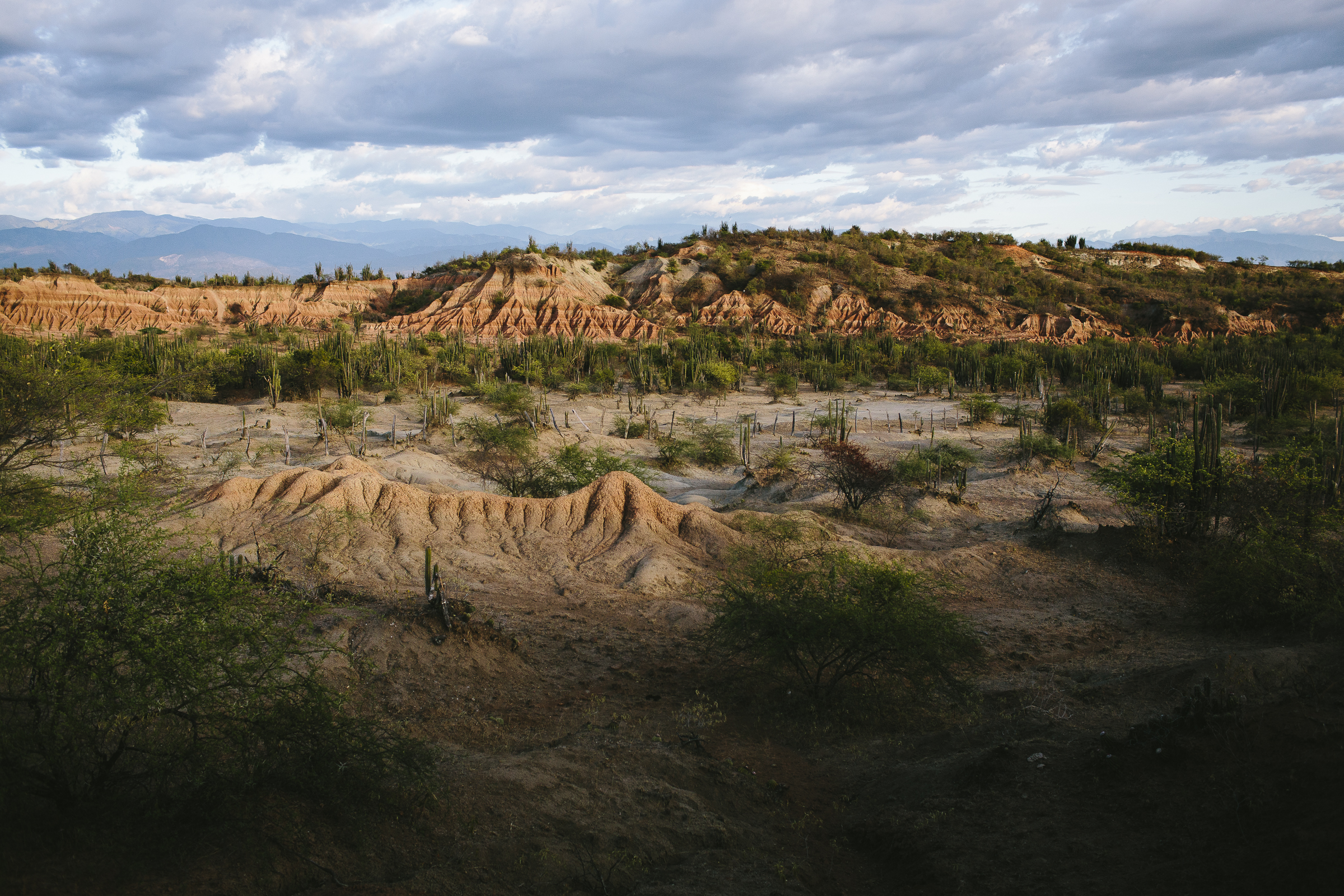 It didn’t take long to feel super comfortable in the vast Colombian backcountry.  We hadn’t seen any wide open spaces like this in Central America so it was like a breath of fresh air being in the desert and being able to set up camp wherever we wanted with nobody around.  After a 3o minute drive into the park we found a spot we liked, confirmed with a cowboy named Diego that it was okay to camp there, and then settled down to watch the stars. 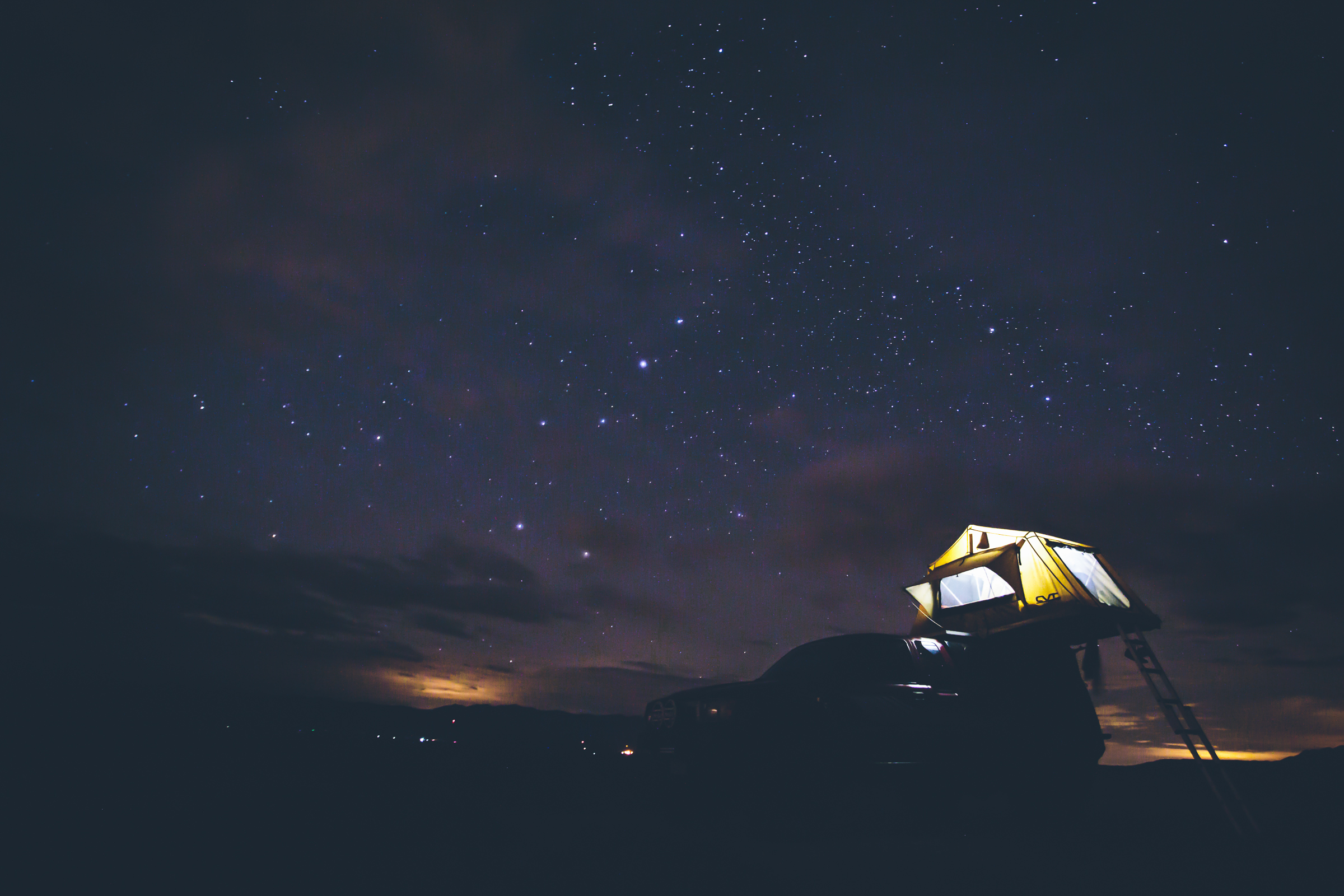 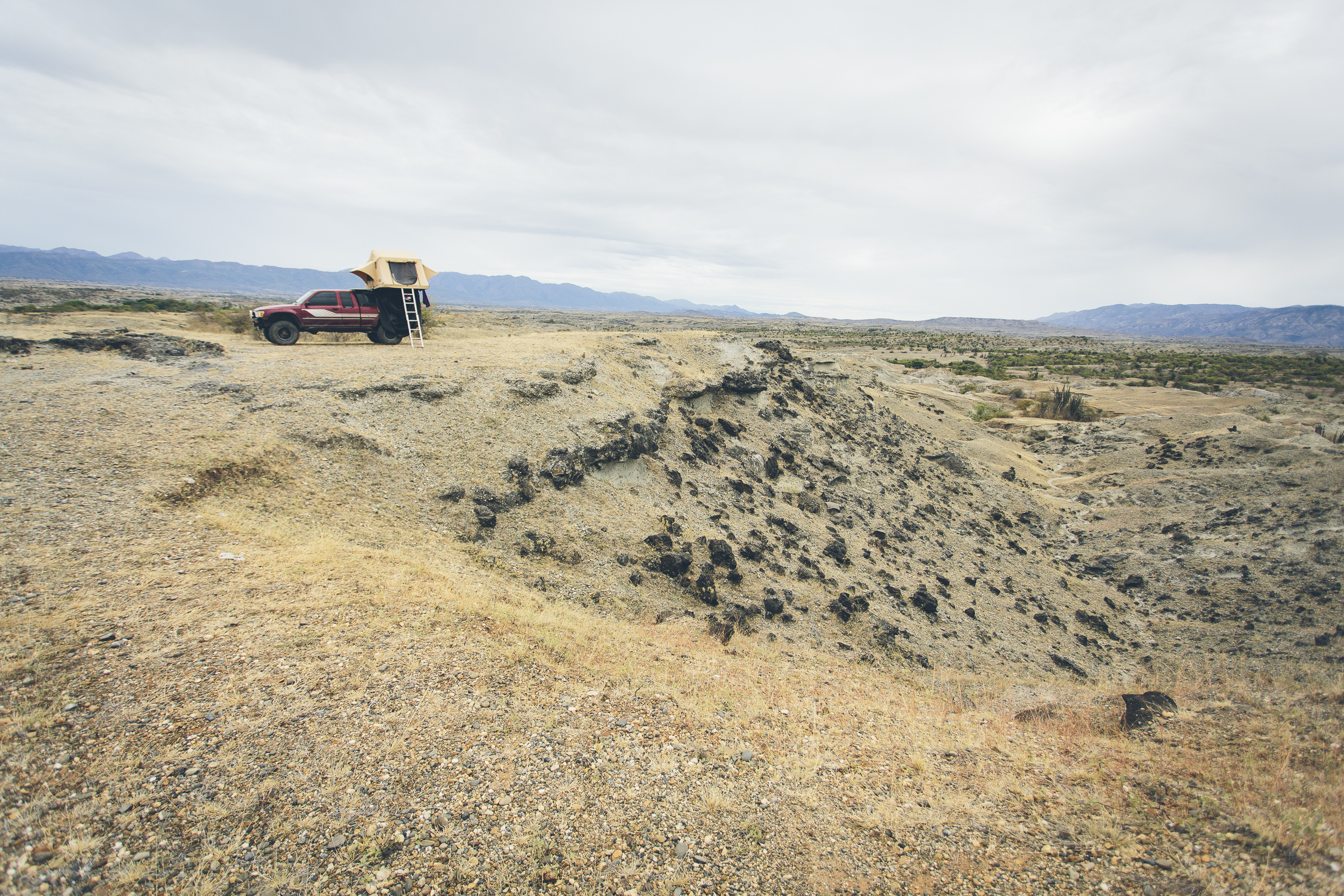 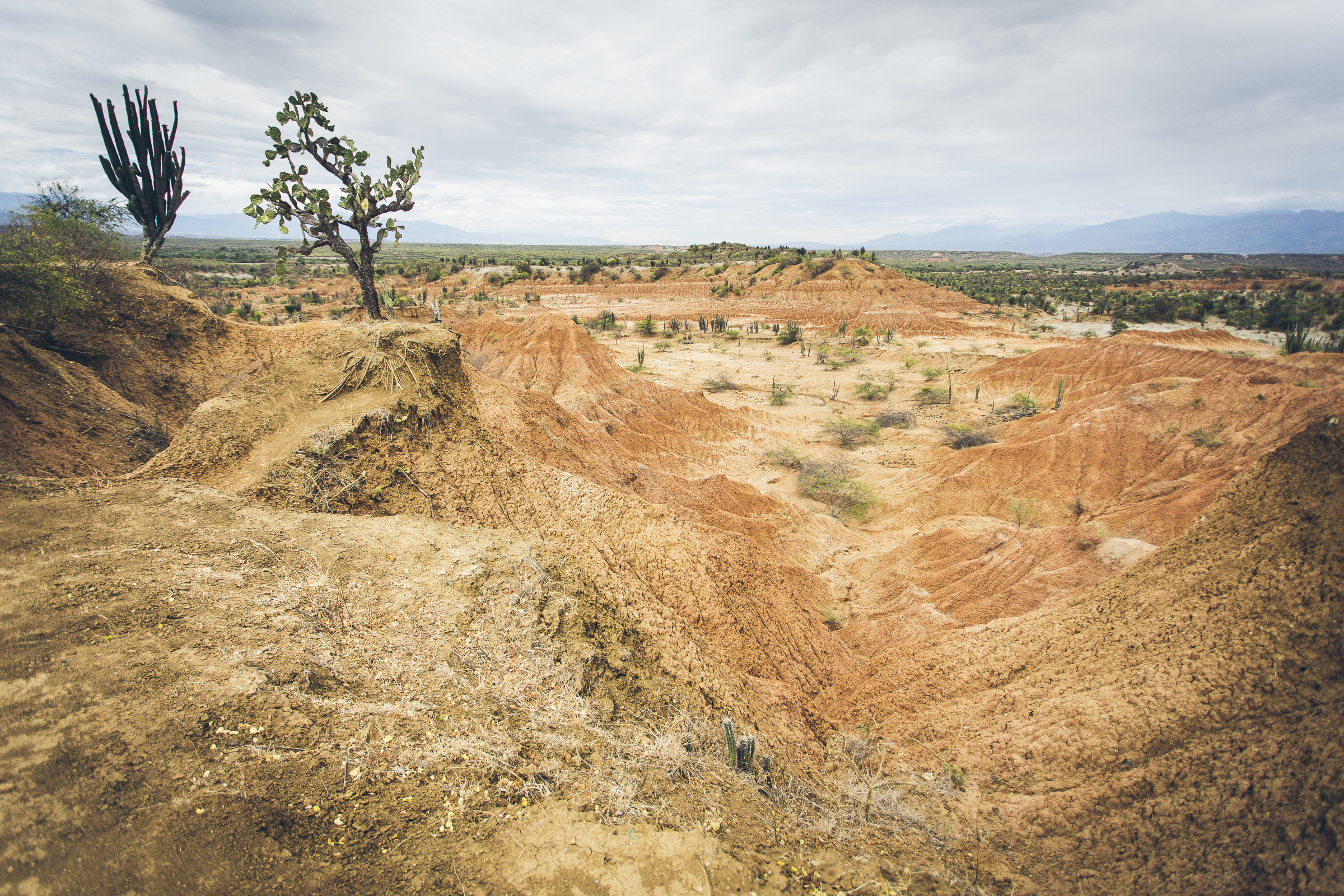 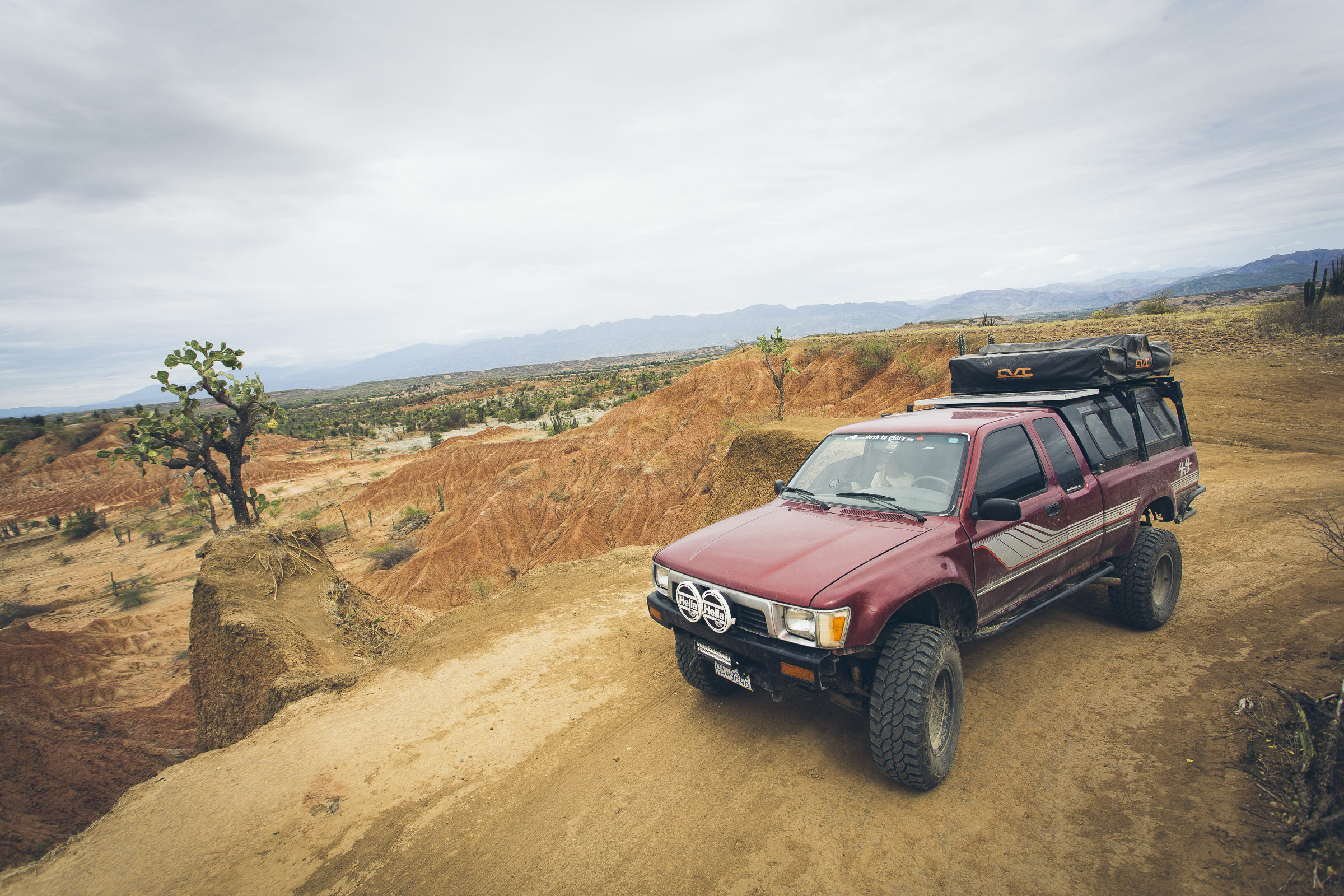