Into The Sierra Nevada de Santa Marta with Iguana 4×4

Panama City, where a 5 km drive takes two hours.  The stop and go traffic in 34C temperatures wasn’t really easy on us or on the truck. This time it showed the truck’s weak link when we finally made it out of traffic, hit a hill, and I heard the engine revs climb as the clutch slipped like mad in second gear.  That wasn’t good.  The clutch in the truck didn’t feel quite right from day one so I had half expected to replace it somewhere in South America anyways.  This little warning was all I needed to actually be proactive and replace it before we hit the steep mountain passes of the Andes.

Many people recommended Iguana 4×4 in Barranquilla, Colombia (or their sister shop in Bogota) as a great place for repairs.  We emailed Hernando and he responded immediately saying they could get started on the truck as soon as we arrived. You can’t ask for much more than that!

The Iguana crew found an Aisin (Toyota OEM) replacement clutch kit and had it replaced in about six hours.  Over the next half day they rebuilt the clutch master cylinder with a Toyota kit and threw in my spare slave cylinder while they were at it. They also replaced our front wheel bearings as I had noticed they were showing some wear.  In and out in a day and half and I didn’t even need to get dirty. 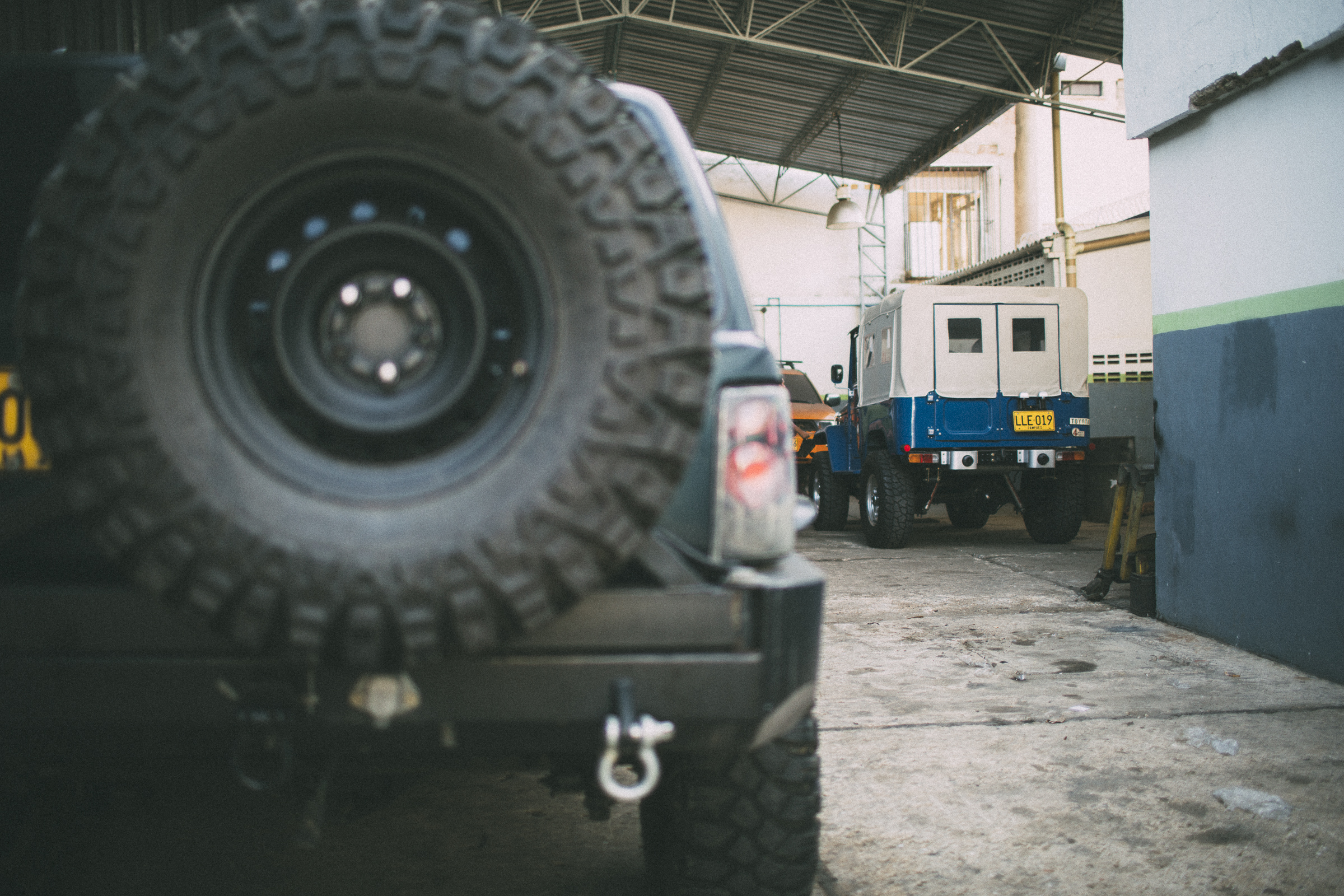 The plan was to head east that evening, but Hernando suggested we avoid driving to Santa Marta at night.  Instead, we enjoyed sushi out on the town with Hernando and his wife Sophie.  We chatted about our trip, their life in Colombia and their recent travels.  Thankfully they provided GPS waypoints for a few good drives in northern Colombia.

Carlos (Hernando’s partner at Iguana) offered for us to stay at his finca in La Tagua.  He made us an offer we couldn’t refuse… and now that we have finally learned to accept offers like this whenever possible, we decided to make the drive from Barranquilla to La Tagua in the Sierra Nevadas de Santa Marta the following day.

The drive from Barranquilla starts off with about three hours of highway driving.  After leaving the highway we spent 60 minutes of driving on a really good dirt road. We thought the drive was going to be a piece of cake and rewarded our good fortune by joining the locals for a quick dip in the pools at Pozo Azul. 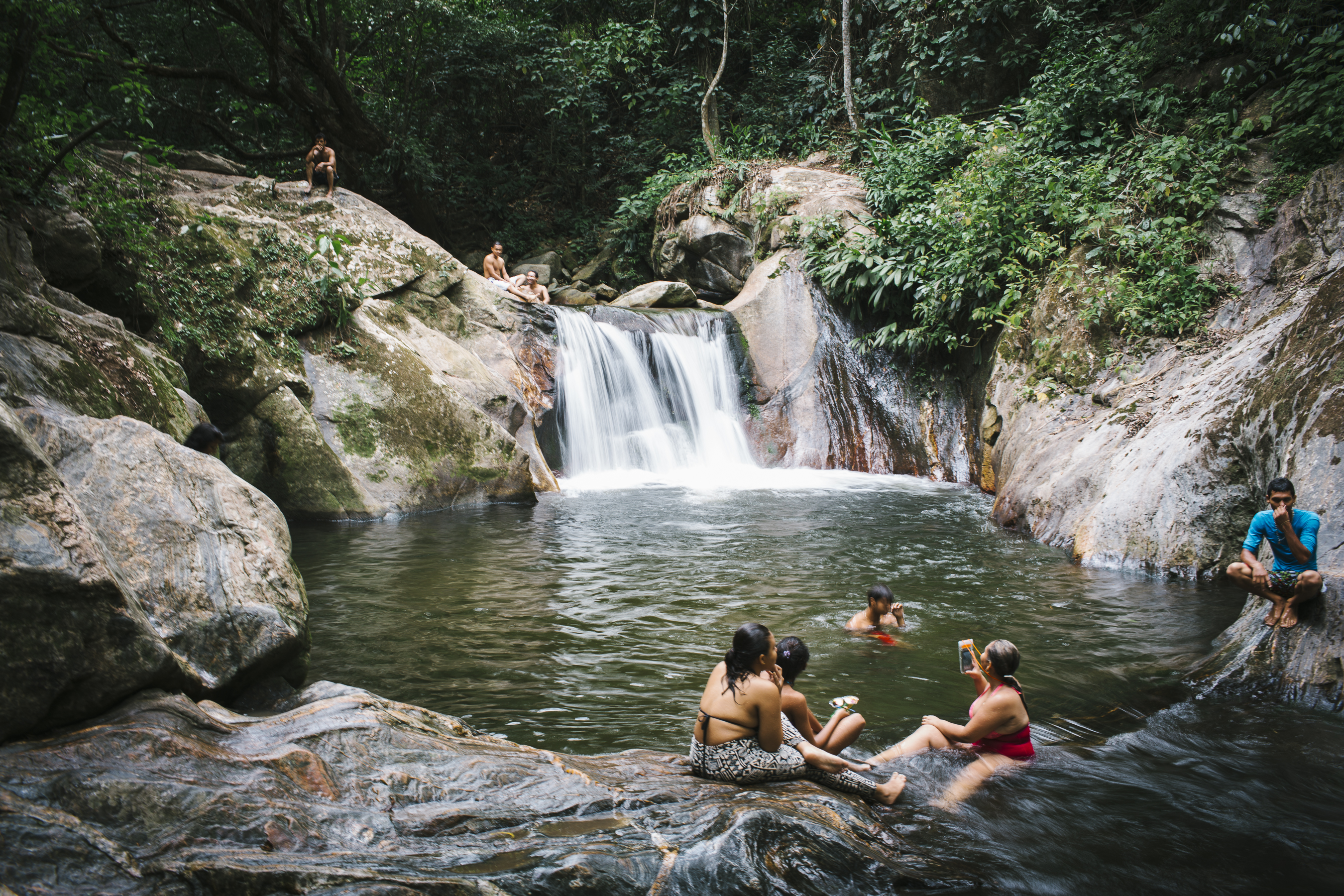 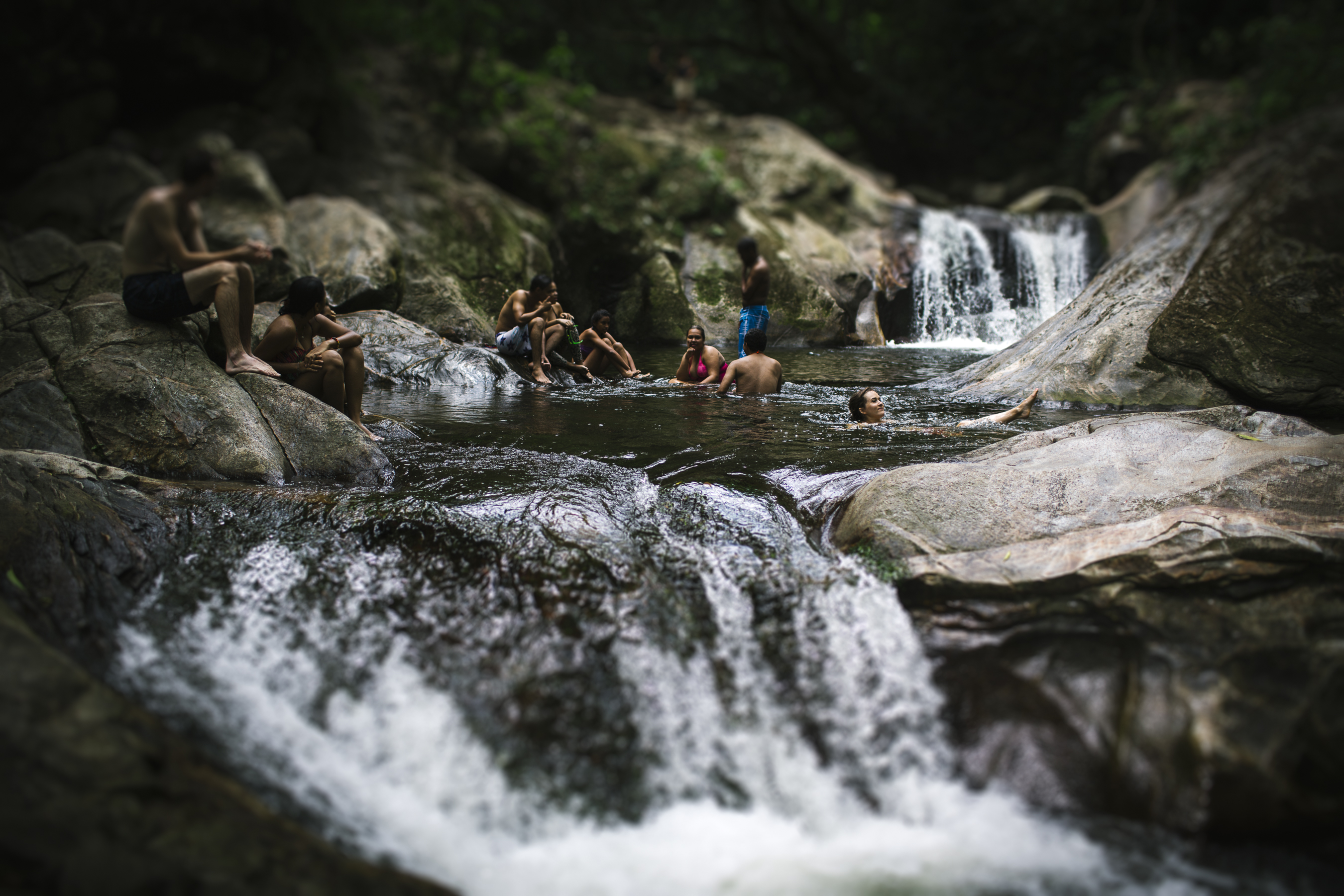 Immediately after leaving the pools the road deteriorated and we had another 2+ hours of driving to cover 15 or so kilometers.  This was mostly done in 4 Lo in 1st and 2nd gear.   Those couple of hours of driving into unknown Colombian mountains, passing very few people along the way, made it seem like we were heading into the middle of nowhere. 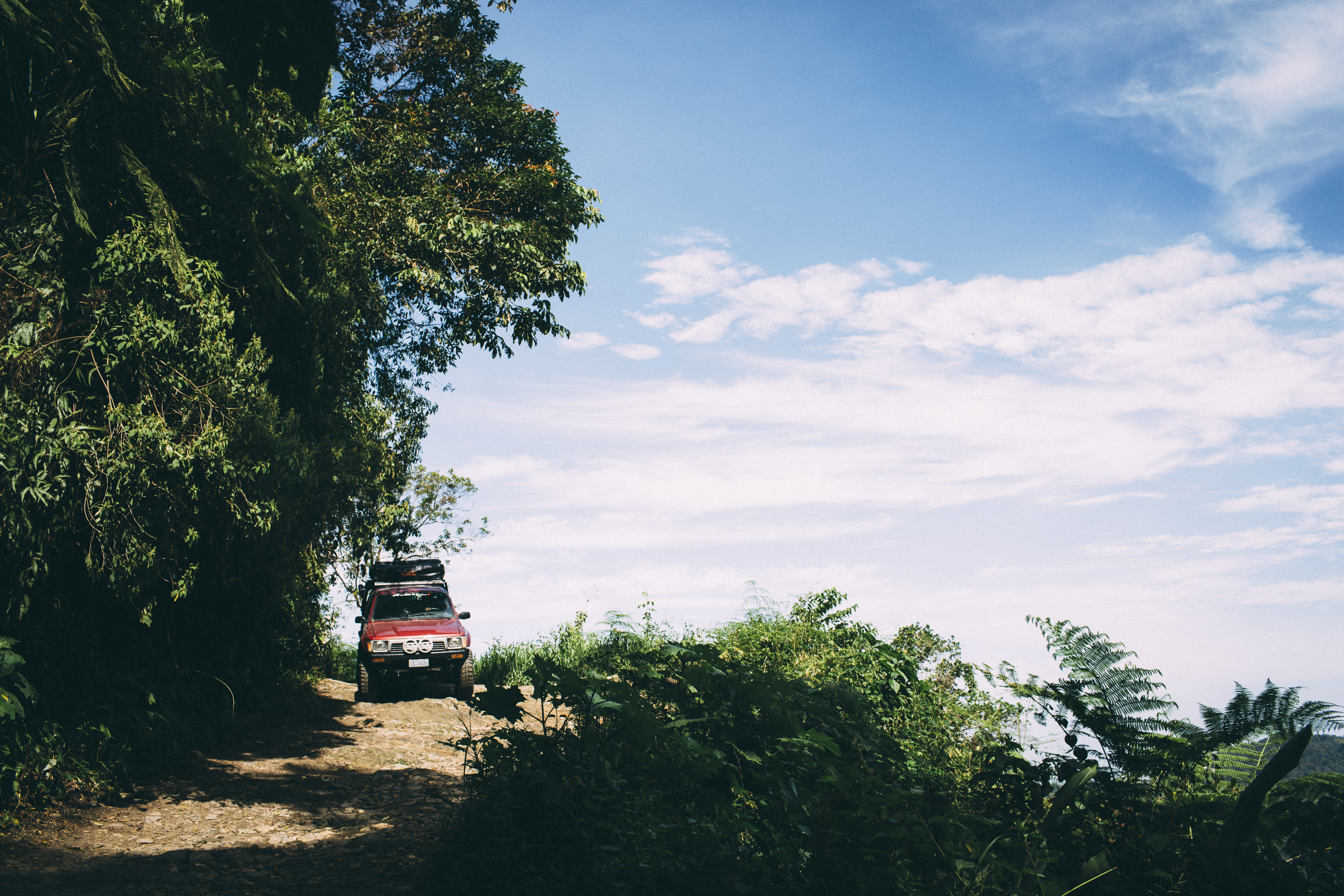 There were a few points along the way where we were second guessing our route, but then we finally arrived at the finca where Carlos’s family and Hernando and Sophie were busy barbequing dinner.  They had decided to make the 6 hour drive from Barranquilla to spend the weekend in the mountains with us.   A stay at the finca in the mountains would have been good, but the weekend with the Iguana family made it something worth really remembering.  I’m still dreaming of the BBQ’d asparagus, garlic butter filled portobello mushrooms, and steak. 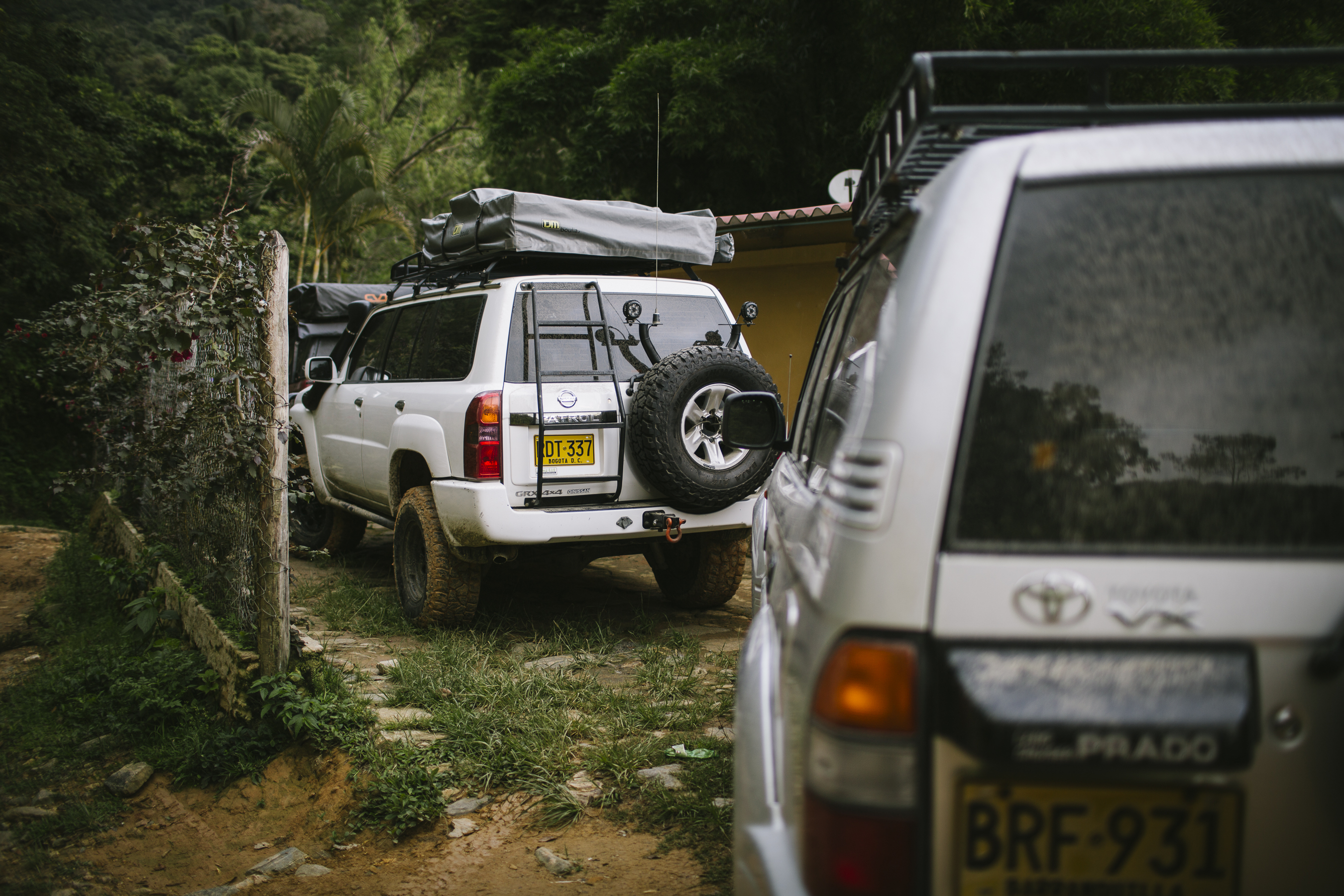 The following morning we rolled out of bed at 6:30am (good thing we only shared a couple of bottles of Aguardiente the night before).  Time for a hike!  After only 10 minutes of driving we came across a fallen tree.  The man who looks after the finca pulled a Stihl chainsaw out of the back of Carlos’s Nissan Patrol and quickly went to work cutting the tree into manageable sizes.  Then Hernando gave us some quick winching lessons as we pulled the tree off to the side of the road.  I was already having a great day by this point… chainsaws, trucks, winching… yes! 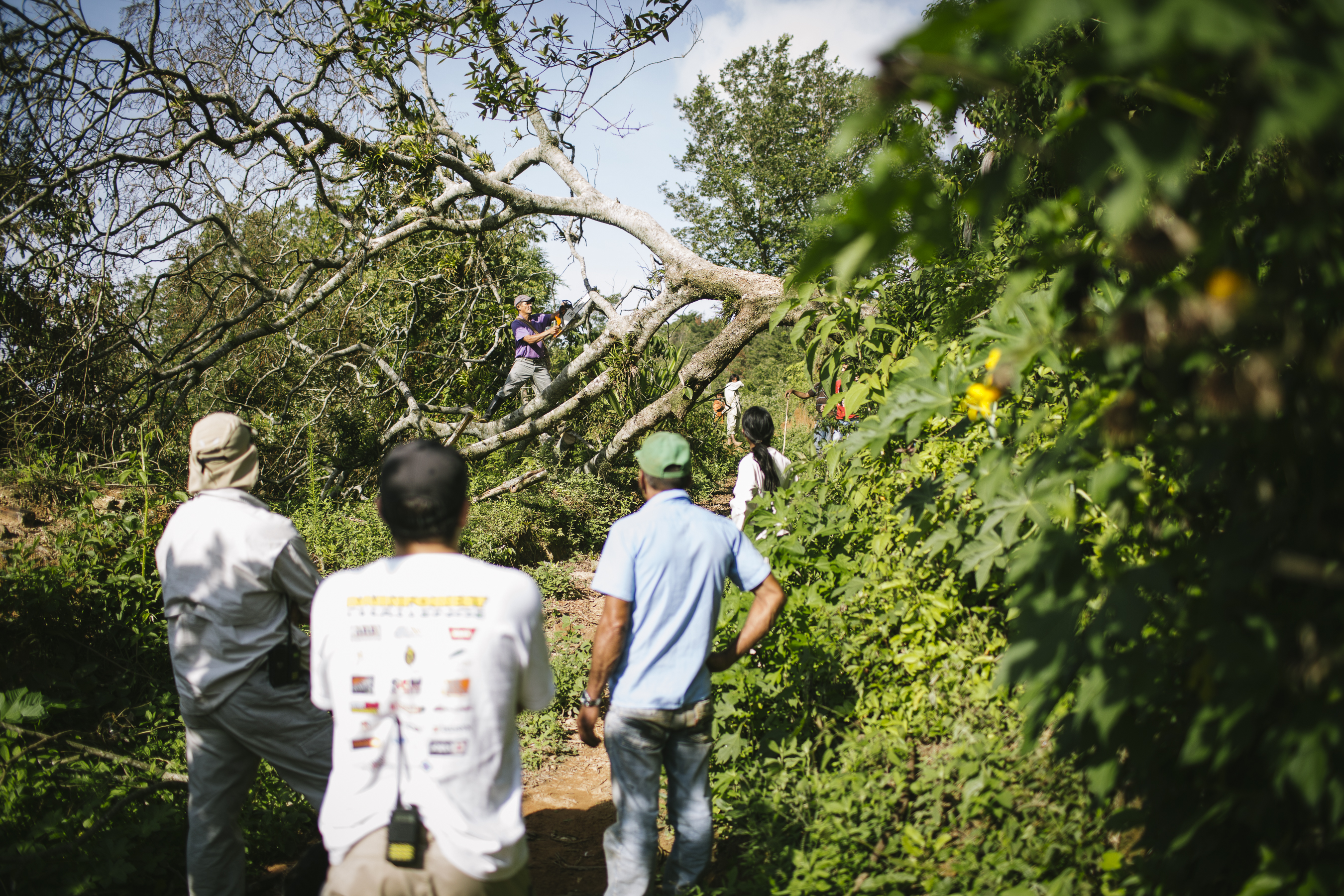 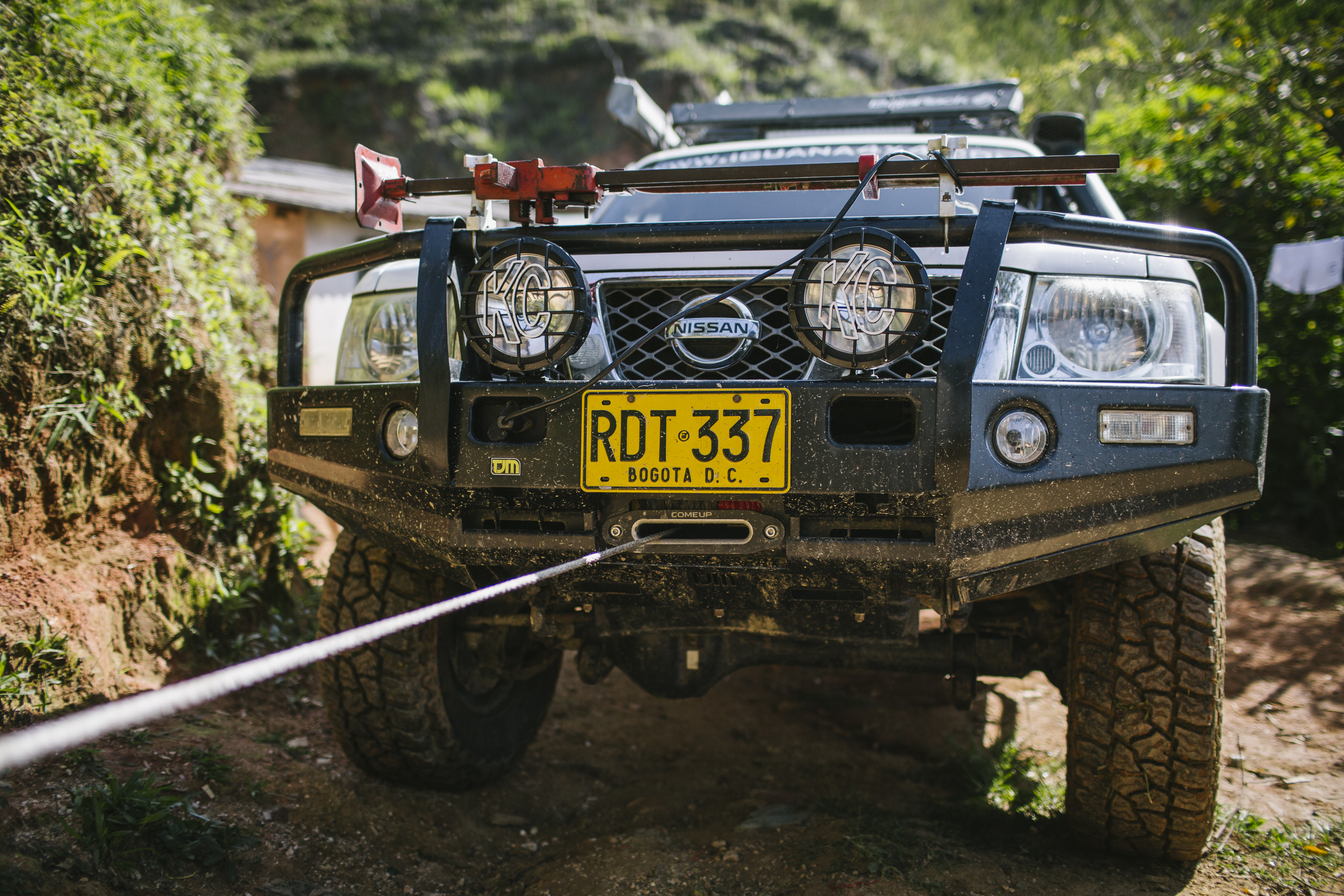 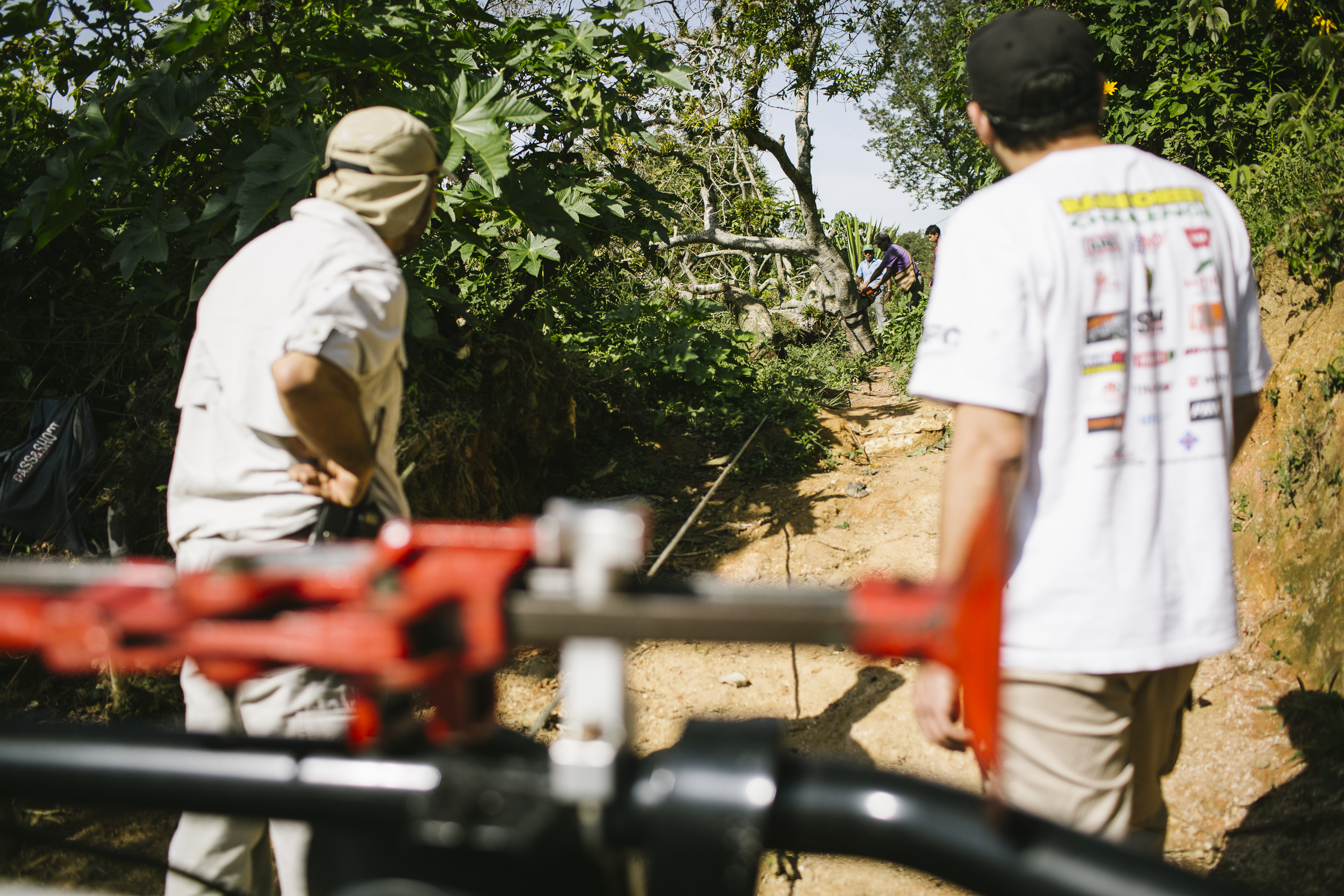 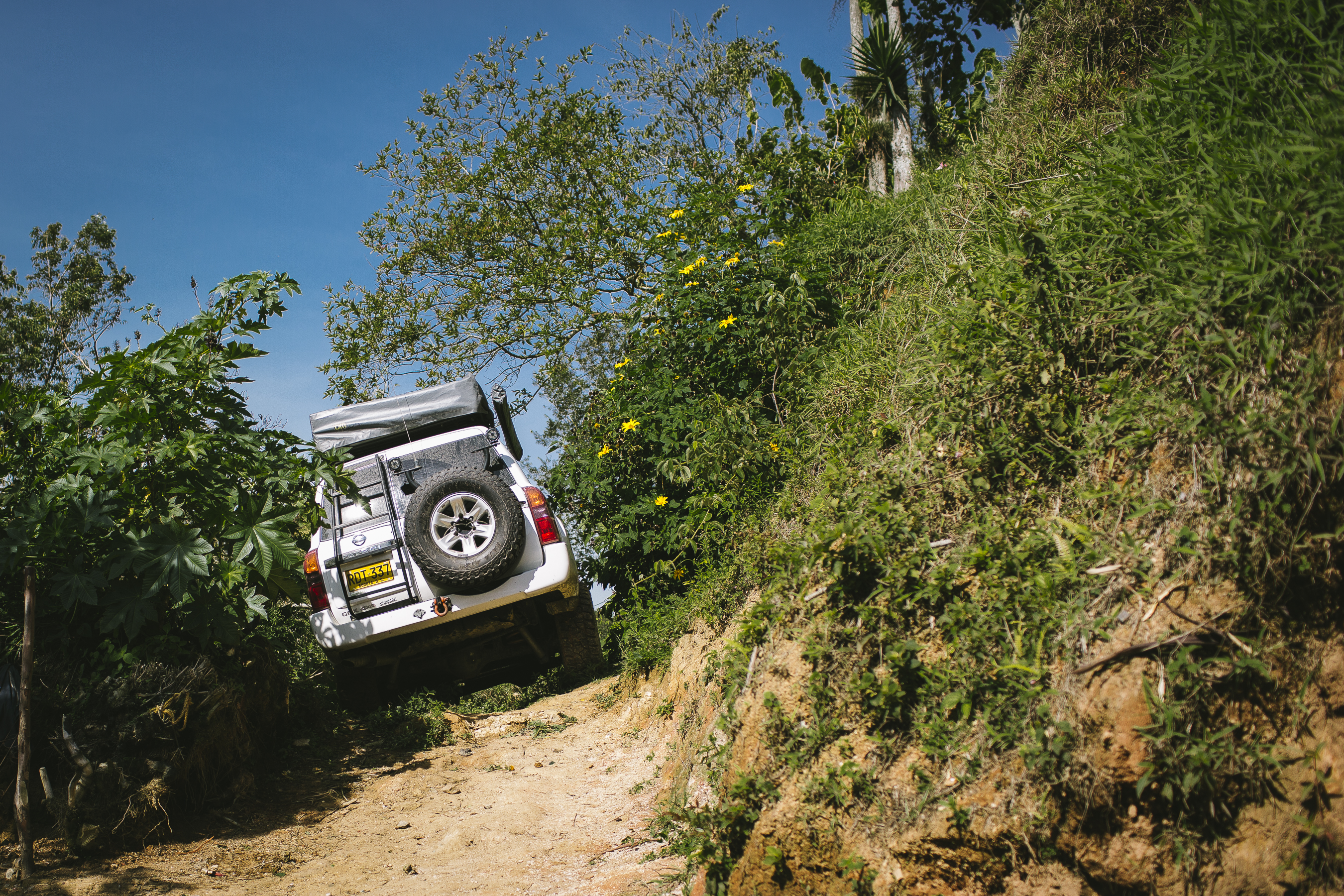 After another 30 minutes of utilizing four wheel drive we made it to the start of the hike. By this time we had added few locals to the group and ended up hiking through the forest with about eight people in total. 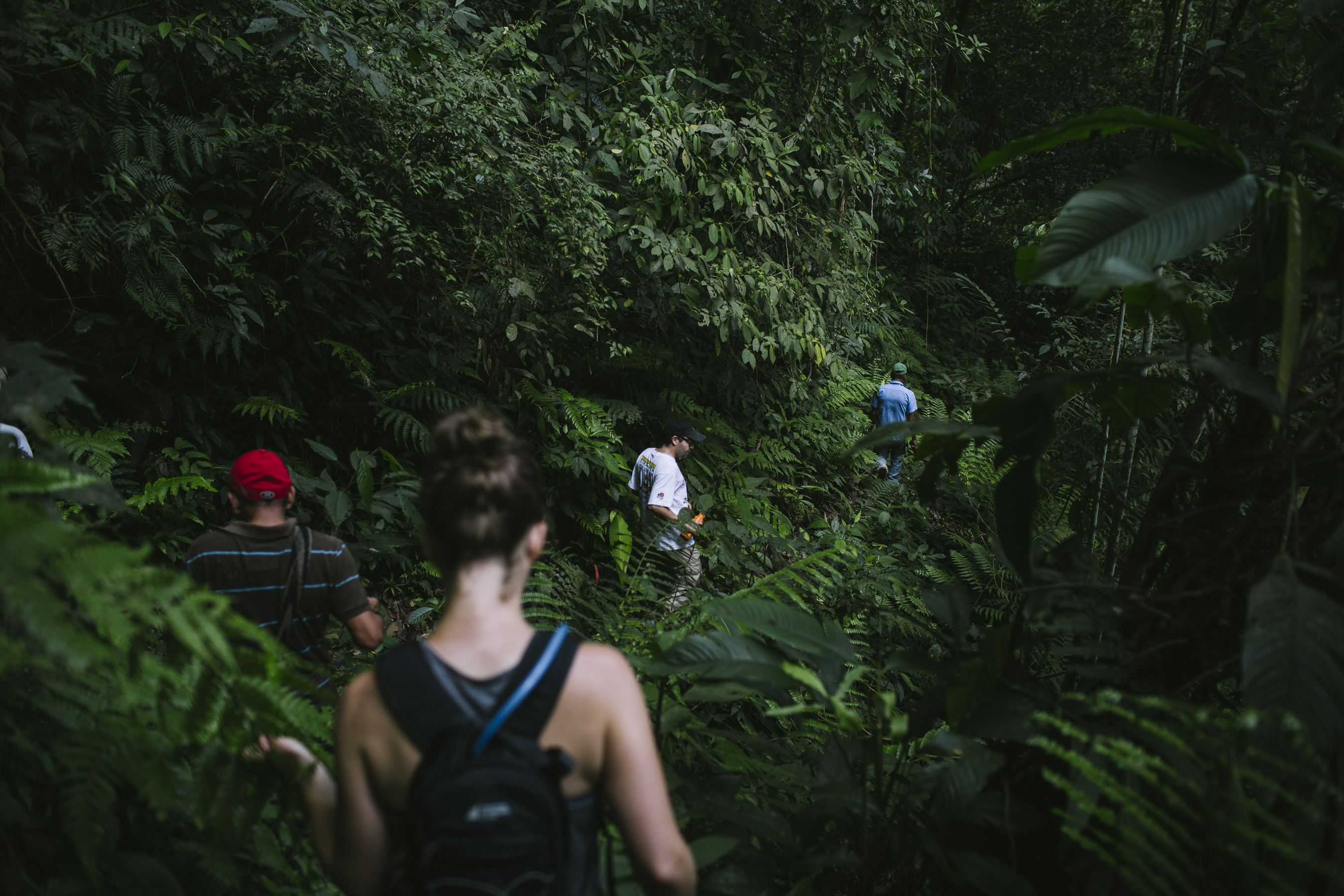 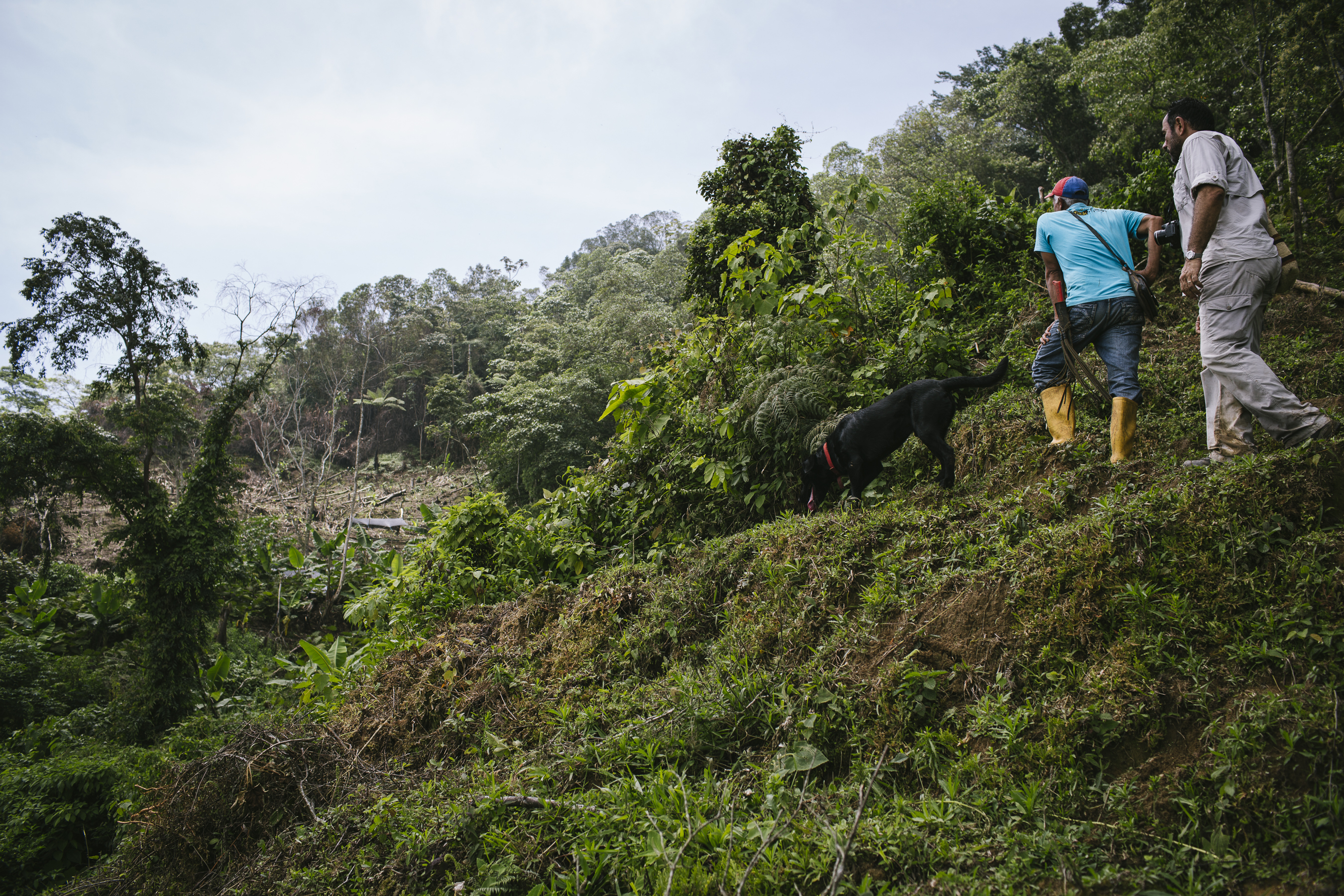 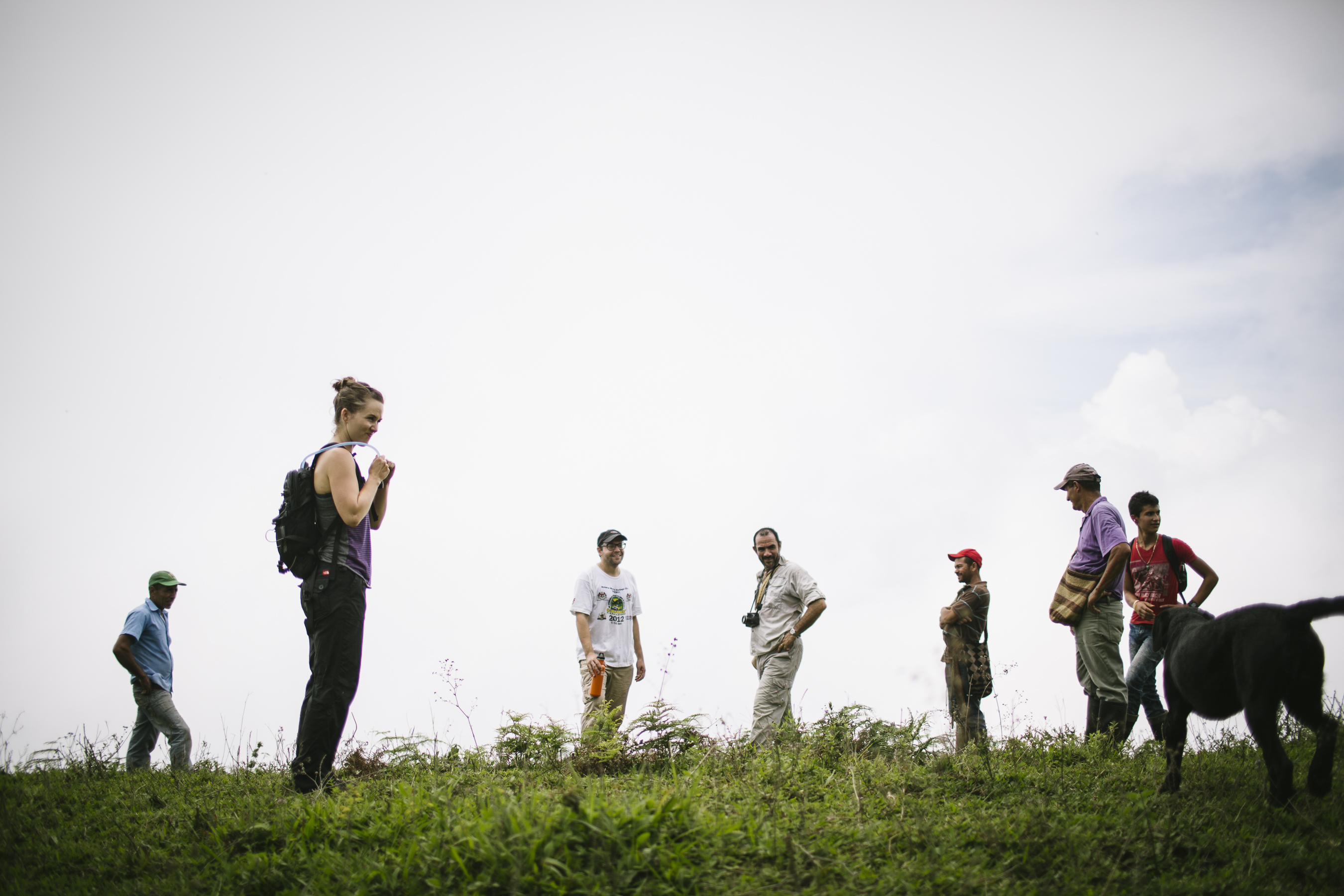 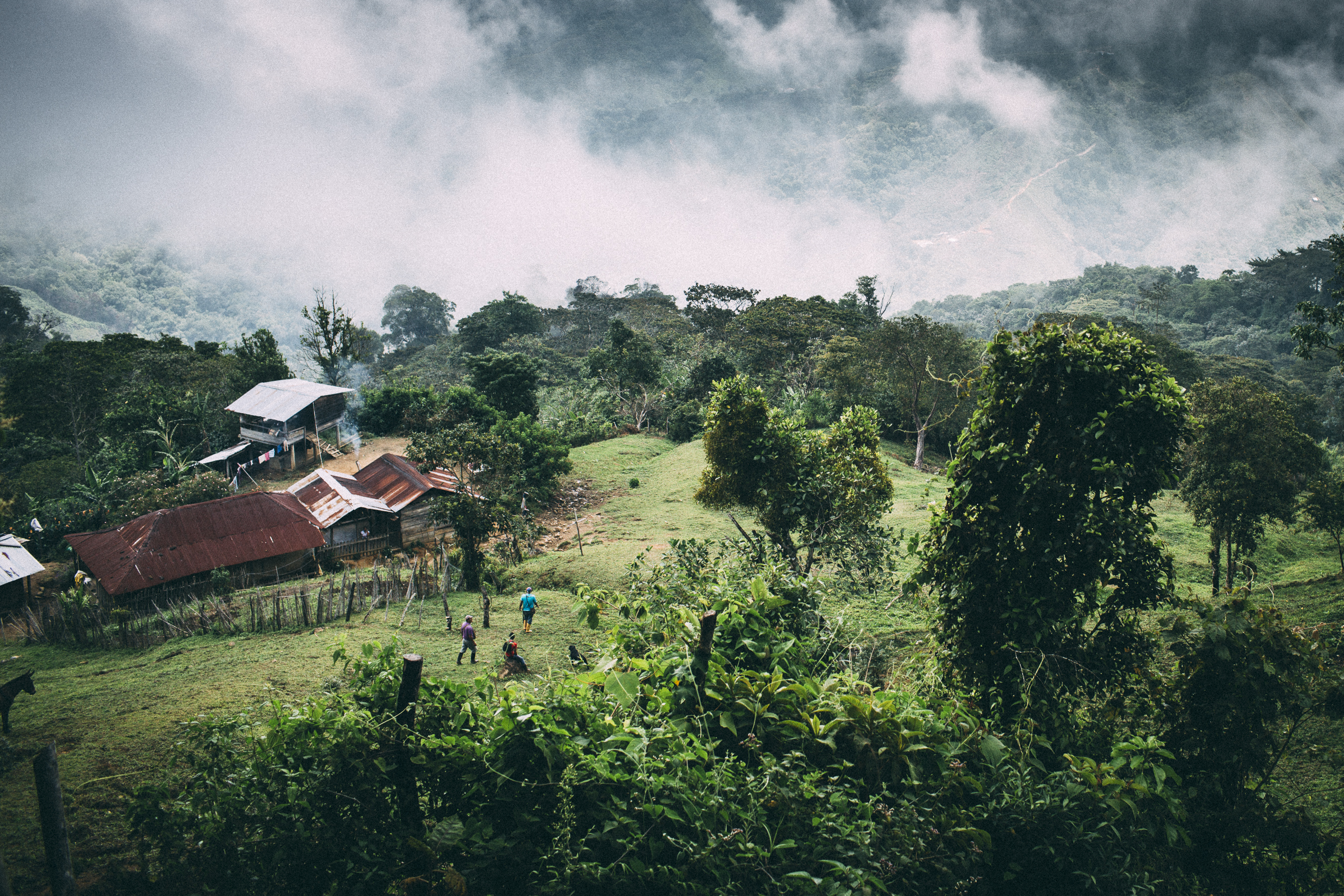 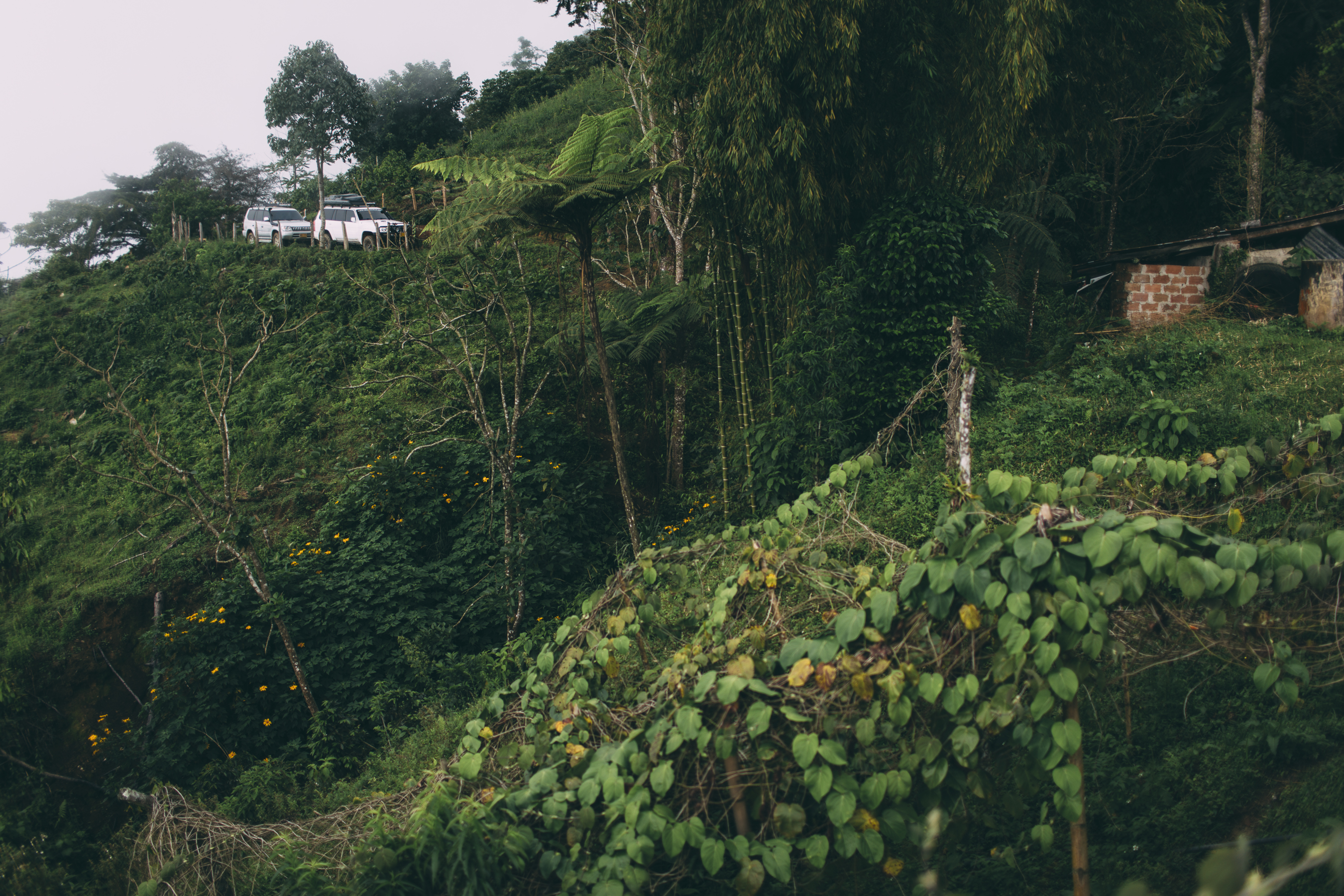 We tasted lulo fruit and soaked in the views, learned a little bit about the mountain culture, and then drank fresh panela lemonade from the lady whose house we parked at.  This is what the trip is all about… good food, great people, and a little 4×4 action along the way 😉 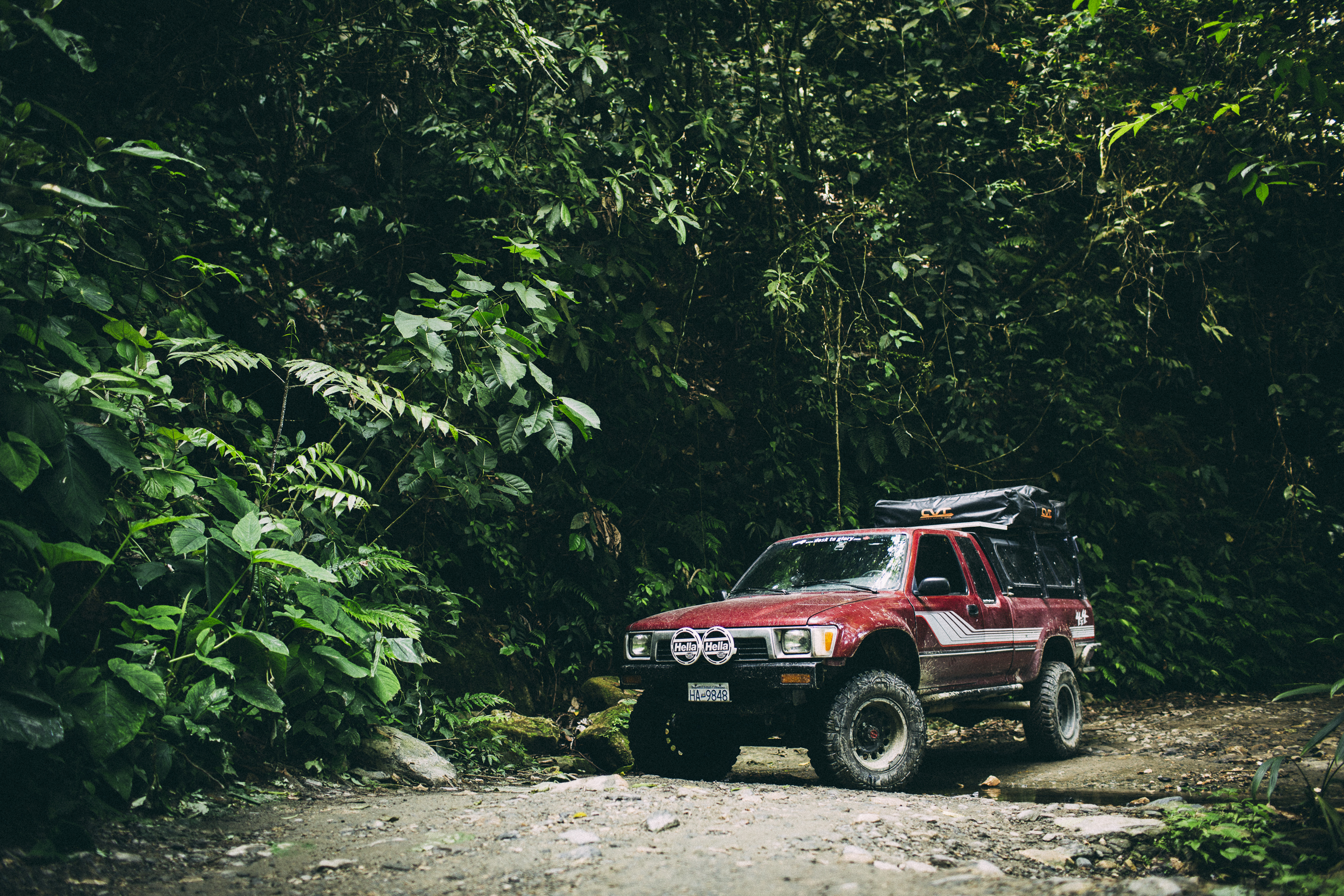