Getting There and Away

We hung out in Kelowna for about a week getting the truck ready and “finalized”, doing laundry, getting organized, and catching up on some well needed sleep.  Richard was having some tough times – caught a cold, chipped a tooth while eating an apple (and after health benefits were cut off, of course!), and tweaked his back during moving day.

Finally, after Richard’s body pieces were put back together ($140 dentist trip has got to be the cheapest ever!), the big day arrived.  Saturday was departure day.  Rich had some loose ends to tidy up on the truck, but we made it out of Kelowna at about 5:30 p.m. as the sun was setting with nothing but an idea of which campsite we were going to stay in.  Our first destination was Osoyoos, which is about an hour and a half drive south from Kelowna.  The drive from Kelowna through Oliver and eventually to Osoyoos is quite scenic, a great portion of it along Okanagan Lake, winding through vineyards and the mountainside.  We camped overnight at the Haynes Point Provincial Park.

We rolled in well after dark and picked a campsite.  First night of camping and setting up in the dark – we laughed at how unplanned things were and tucked in for a good night’s rest before a long day of driving the next morning.

Pretty sure we saw the signs posted about heavy winds, but laughed at them – What?! It isn’t windy!?  The lake was calm, no rustling in the trees.  Yeah.  We woke up in the middle of the night with the entire tent rattling and shaking.  Ash had nightmares of an intruder breaking into the tent and Richard smashing his head in with his foot.  Good times!  Luckily our poor sleep was made better by the beautiful sunny day and incredible views of Osoyoos Lake the next morning.  Perfect weather for day two of our road trip! 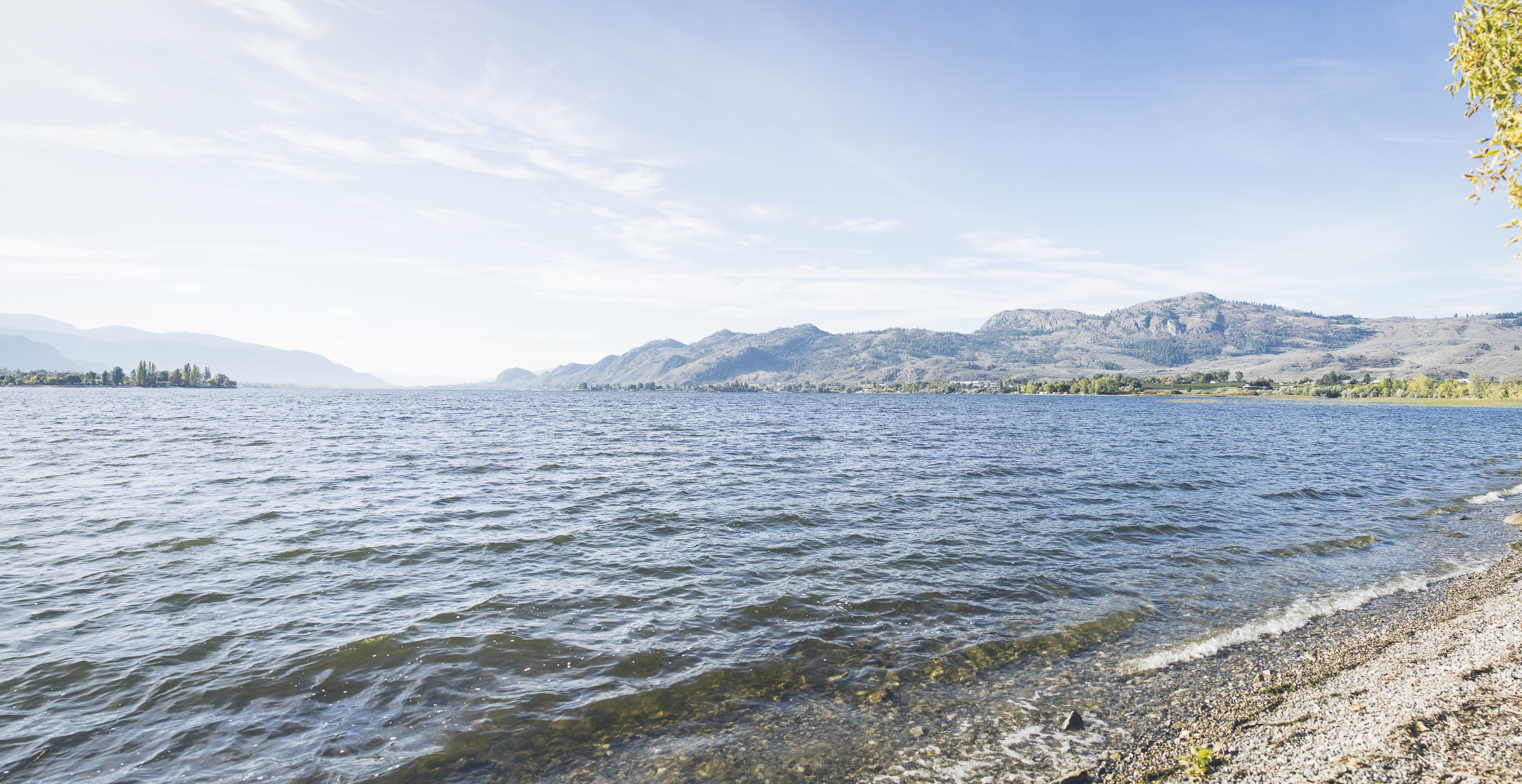 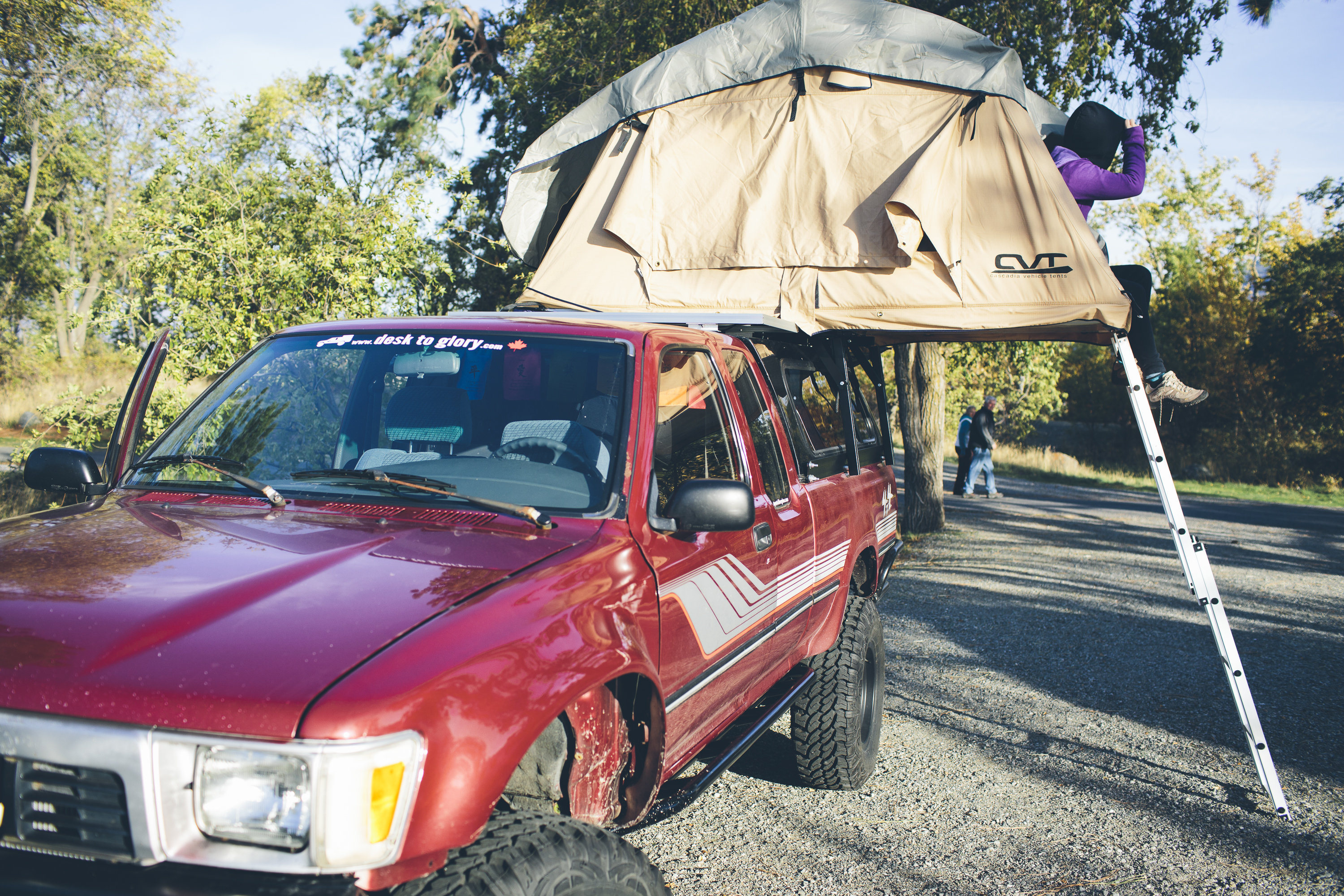 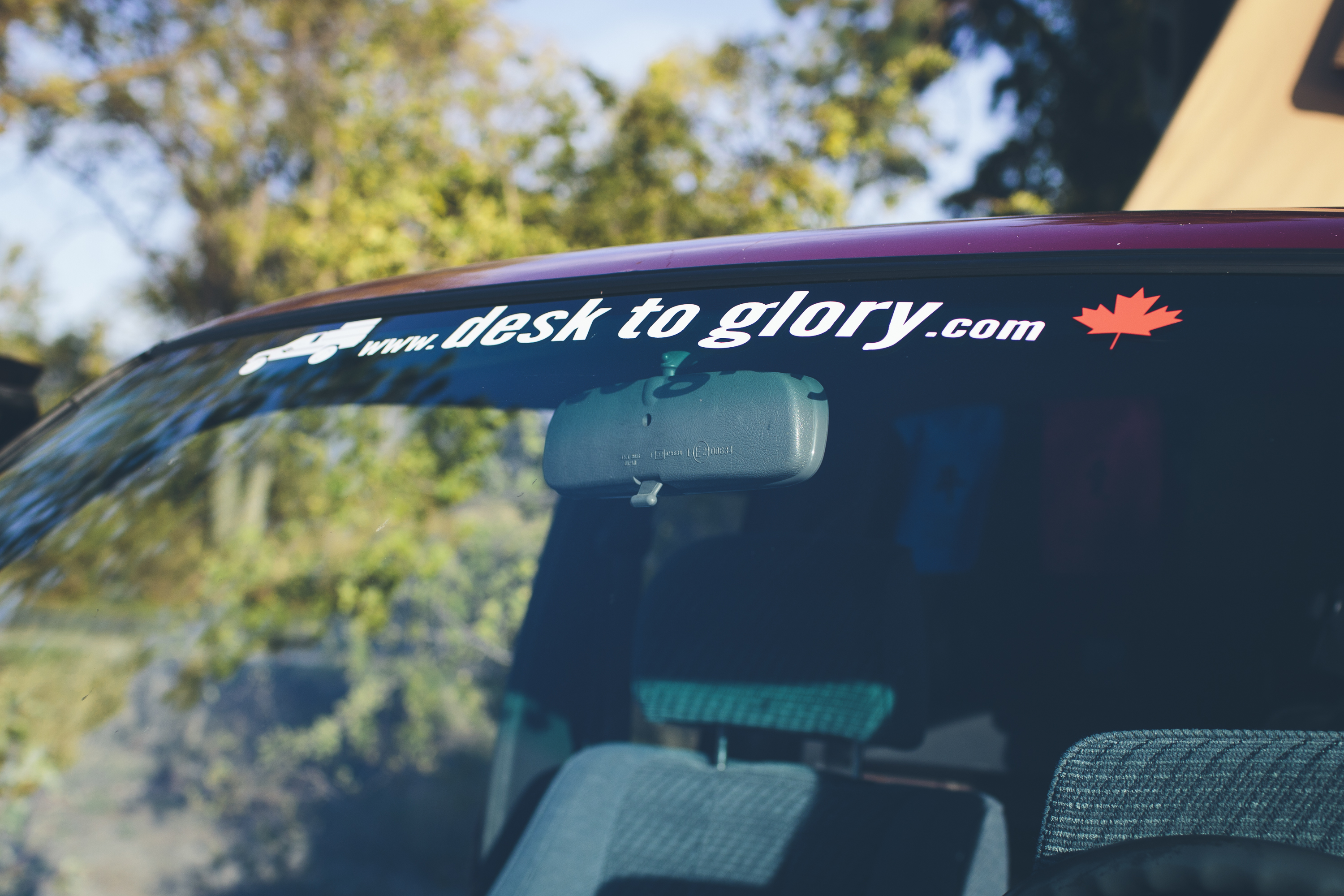 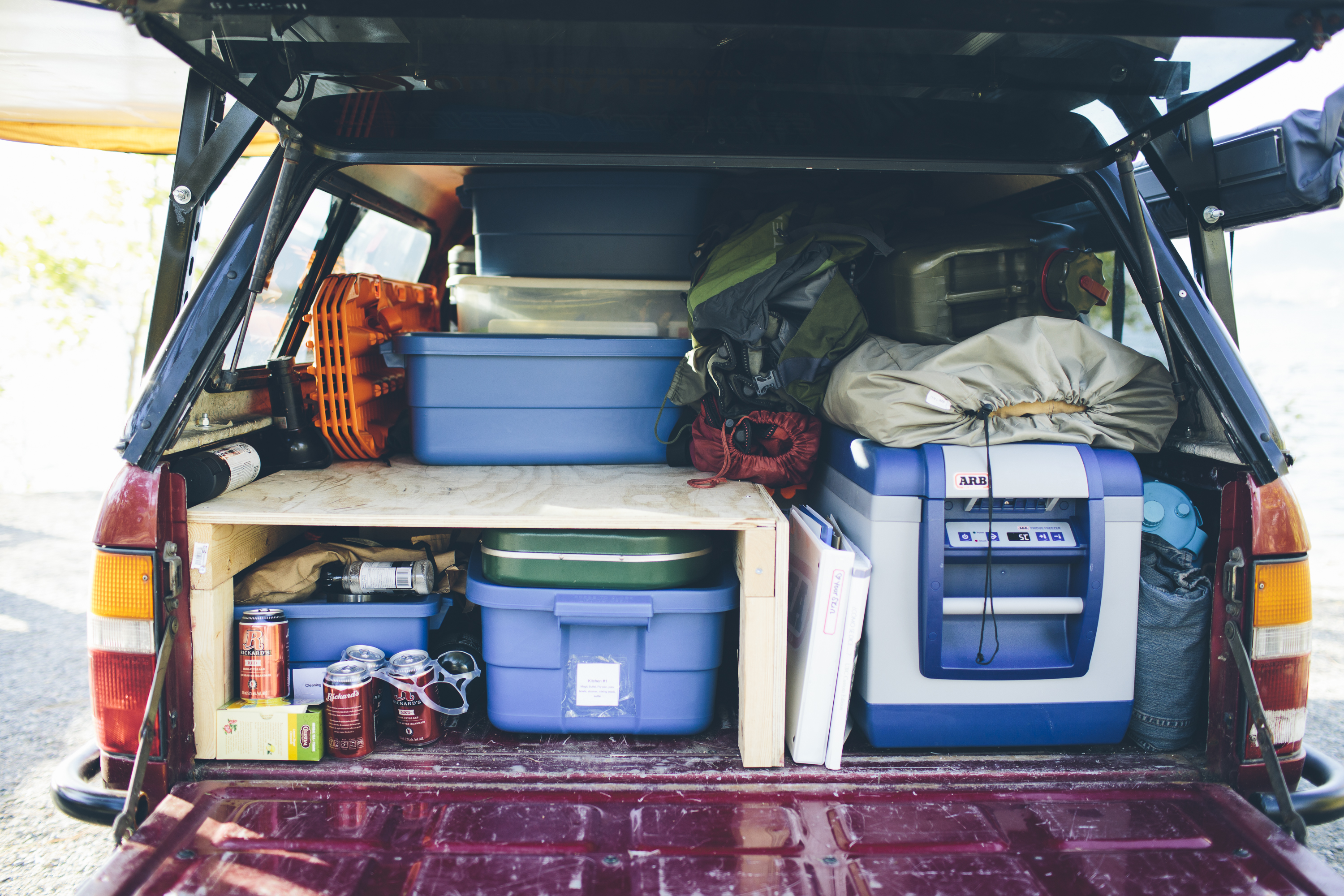 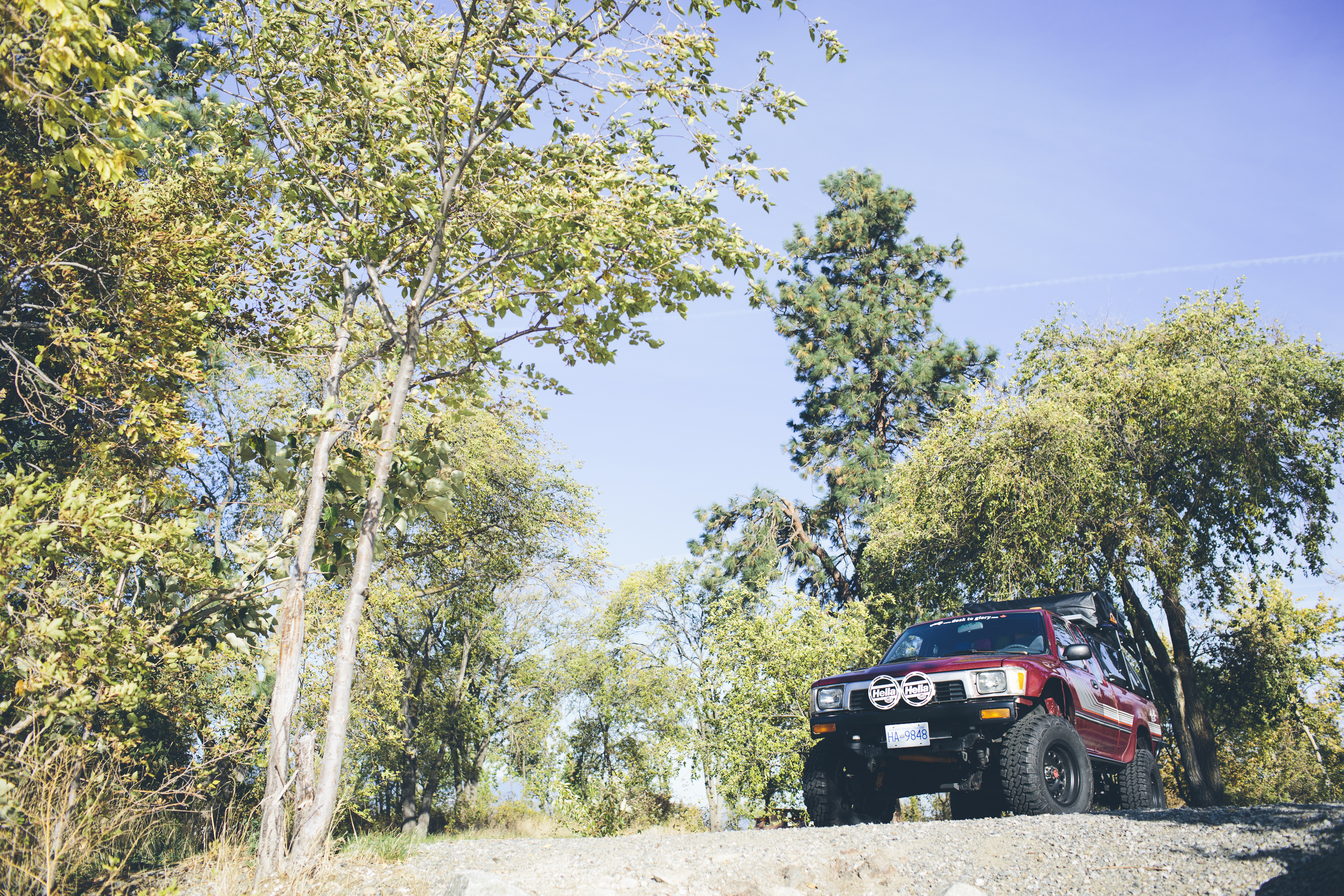